Toronto and surrounding suburbs are undergoing a vertical growth spurt unlike anything in the region's history, and the towers just keep on coming.

The development boom's latest target is a well-known car dealership that's been around in some form for almost a century, known as Sisley Honda since 1977.

Located at their current address of 88 Steeles Avenue West, just west of Yonge and right across the street from Toronto's northern city limit, since 2002, Sisley has moved several times over the generations as the city continues to grow around them.

Thanks to the future Steeles Avenue subway station to be constructed as part of the Yonge North Subway Extension, it looks like they'll be on the move again, with a new development application tabled with planners in Vaughan that would replace the dealership with a new transit-oriented development.

Designed by WZMH Architects for the owners of the Sisley dealership, the proposed complex features a pair of residential towers standing 52 and 40 storeys tall, rising from a shared seven-storey podium. 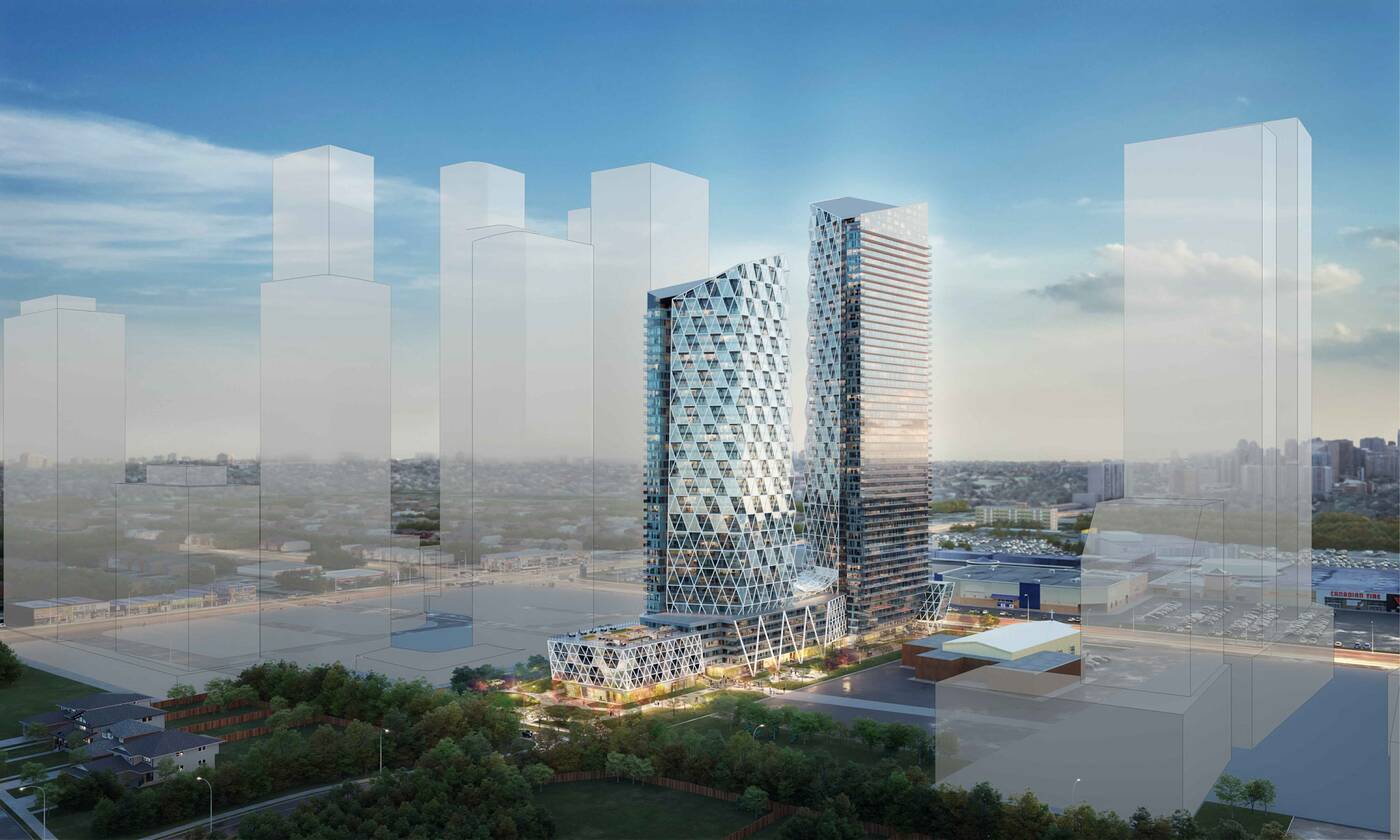 Looking southeast towards the proposed pair of towers, surrounded by other planned developments around the future Steeles subway station.

Sure to be a unique contribution to a massive cluster of planned towers around the future station, the design is defined by a trippy pattern of triangular balcony frames with alternating open and glazed sections. 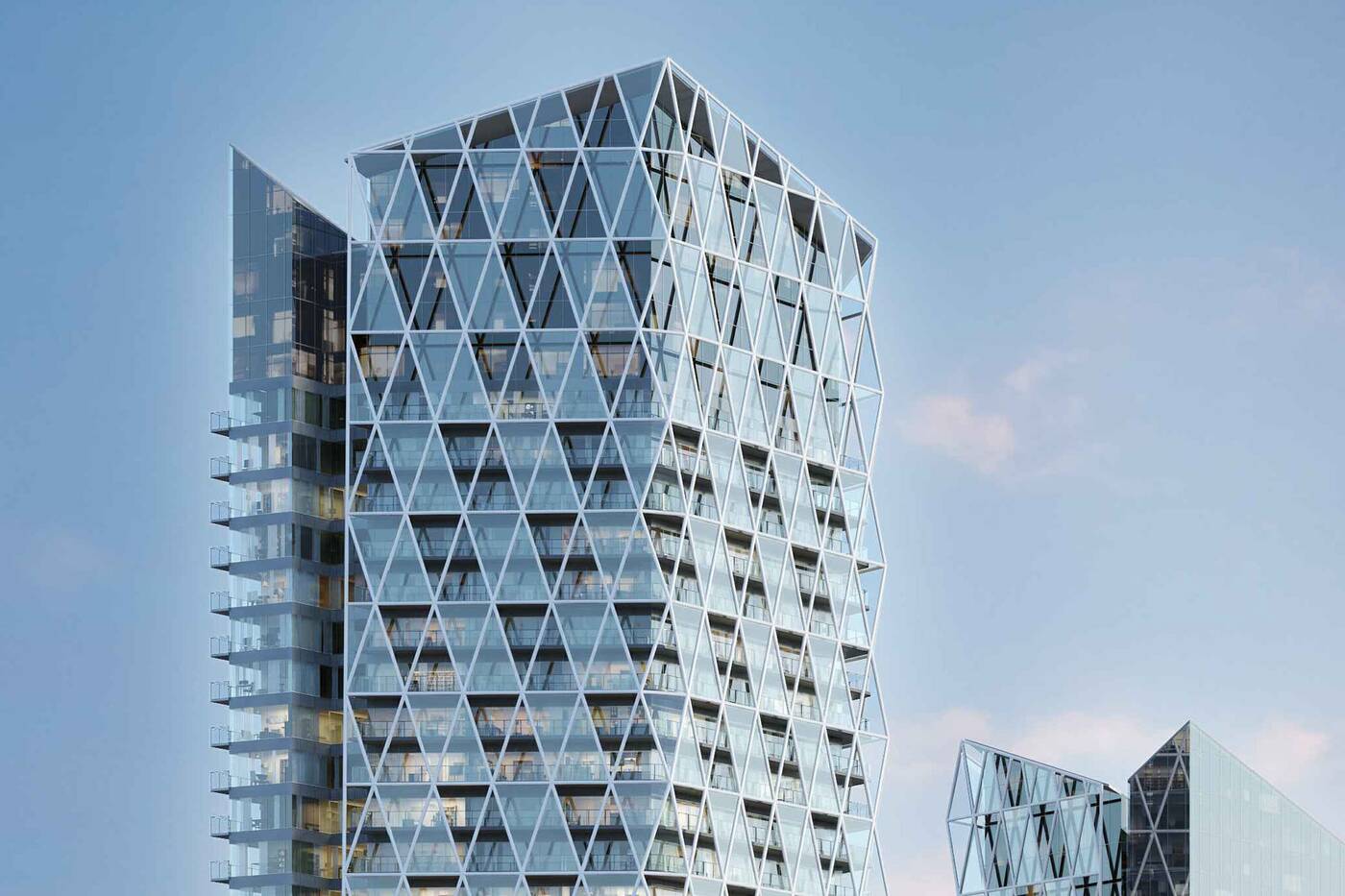 A triangular pattern of balcony screens would give the towers a distinct identity in the cluster of development planned for the area.

The project would bring 1,077 residential units to the area, though at this stage, it hasn't yet been determined whether the plan is to build condos, rentals, or both — the units simply listed as residential in the application.

At the base of the south tower, 627 square metres of retail space would front onto Steeles Avenue West, though it appears that the Honda Sisley dealership won't be taking up any real estate in the complex's podium, a configuration seen elsewhere in Toronto. 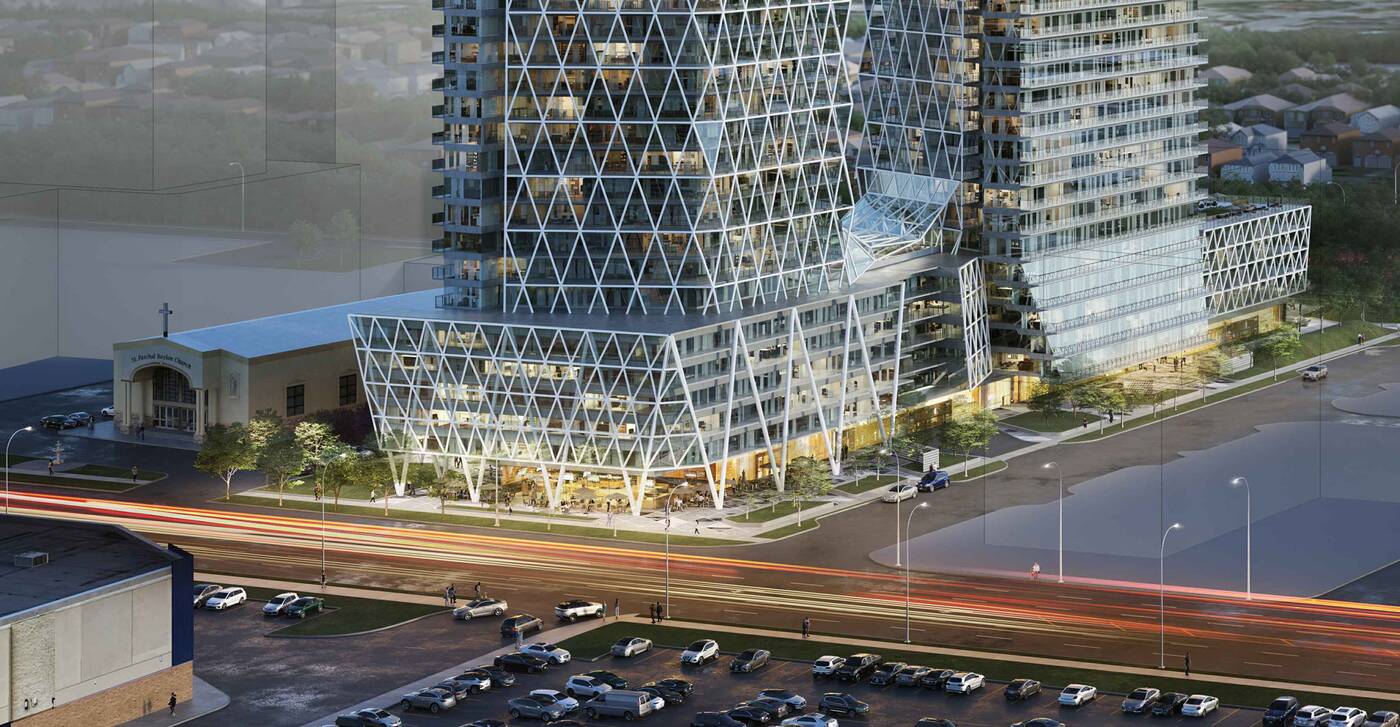 Retail will line the base of the south tower along Steeles Avenue West.

An almost equal amount of space would be dedicated to Vaughan as public parkland, with 628 square metres of public space planned along the northern edge of the site. 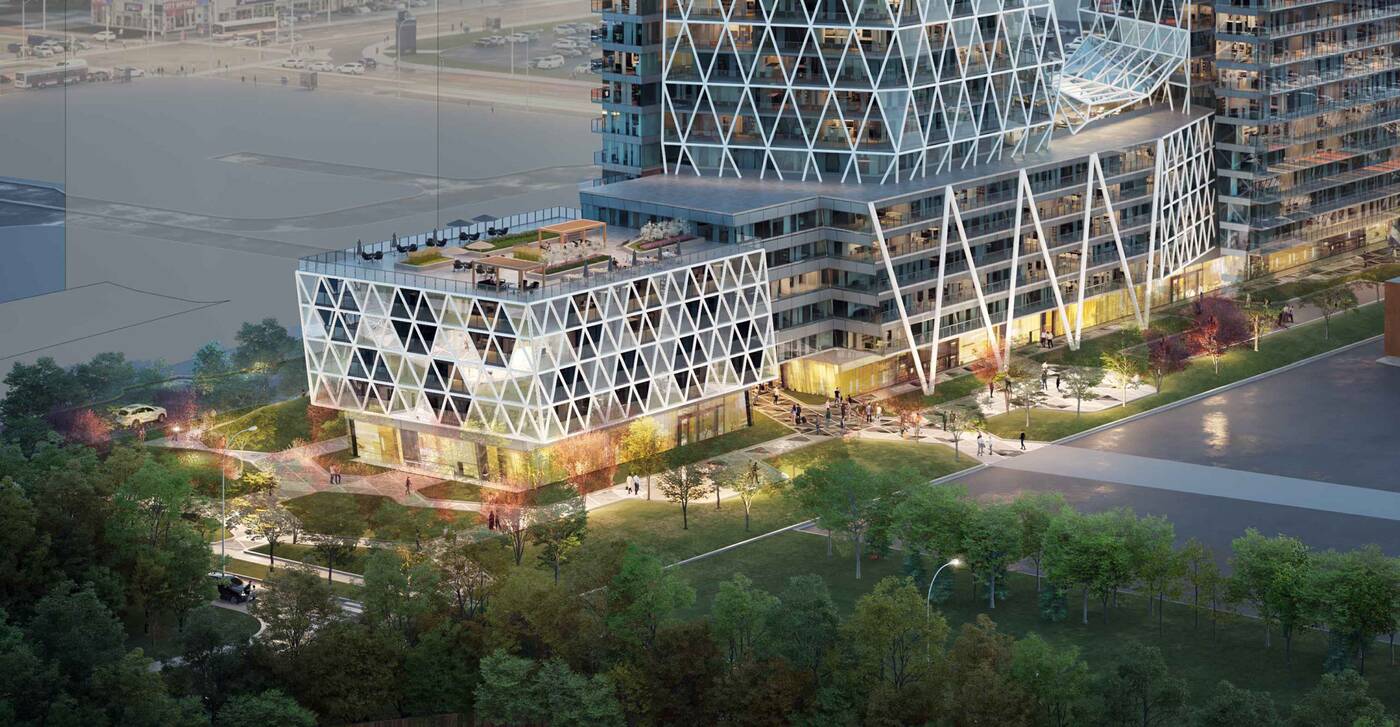 A public parkland dedication at the north end of the property will serve residents of this and surrounding complexes.

While located in Vaughan, the development's position at the meeting point of three municipalities means it will impact neighbouring Markham and Toronto.

However, a planning report states that the development team looks forward to working with all cities on the project.