Home in one of Toronto's quirkiest neighbourhoods is on sale for $3.5 million

Located in the unique community called The Republic of Rathnelly is this gorgeous modern take on a Victorian home.

It's kind of fitting considering The Republic of Rathnelly was all about going against the norm. 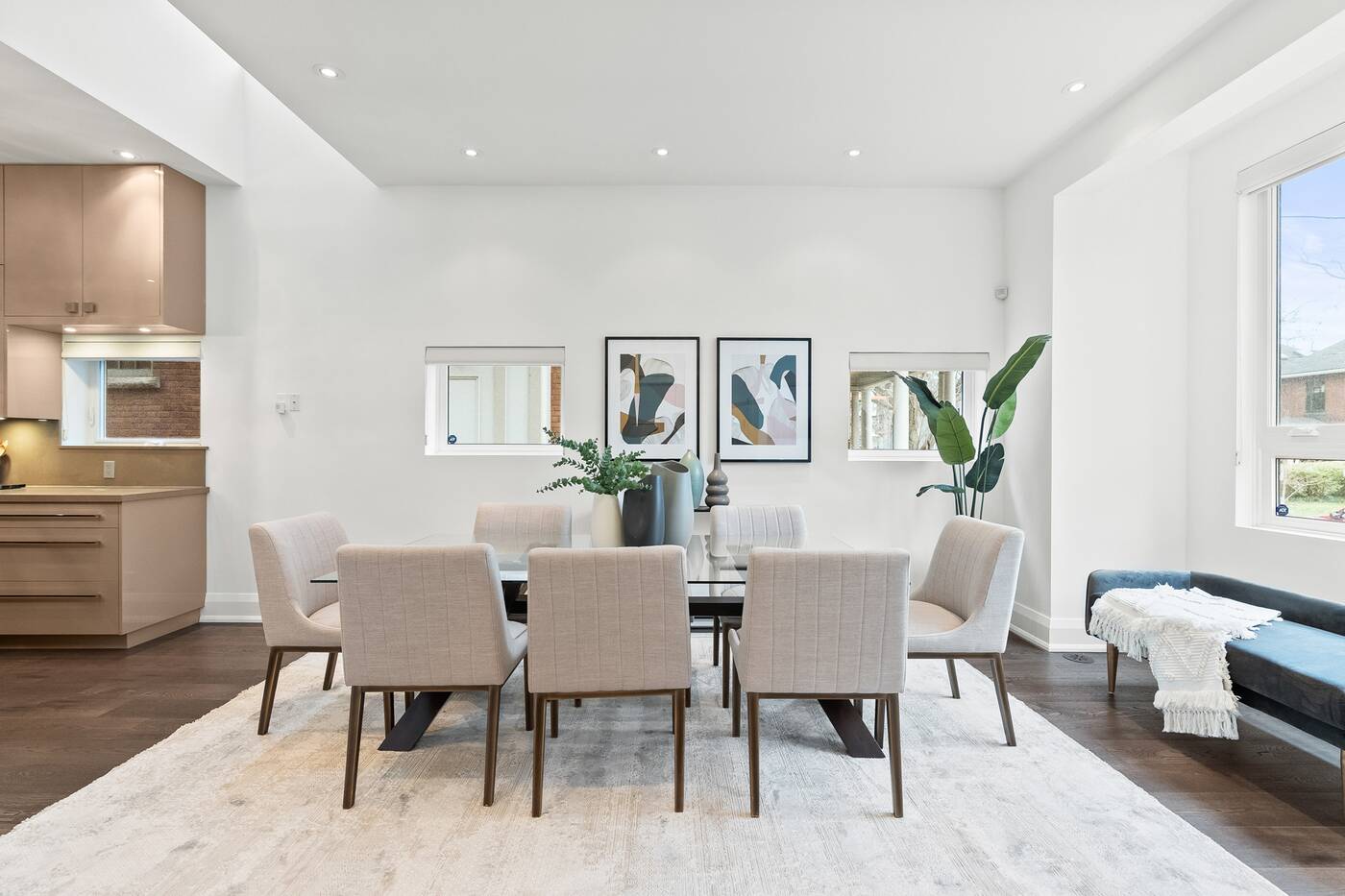 In 1967, this community of rebellions symbolically declared its independence from the city and Canada.

To mark their independence they elected a queen, organized a parade, formed an "air farce" of 1,000 helium balloons, and issued Republic of Rathnelly passports to everyone in the neighbourhood. 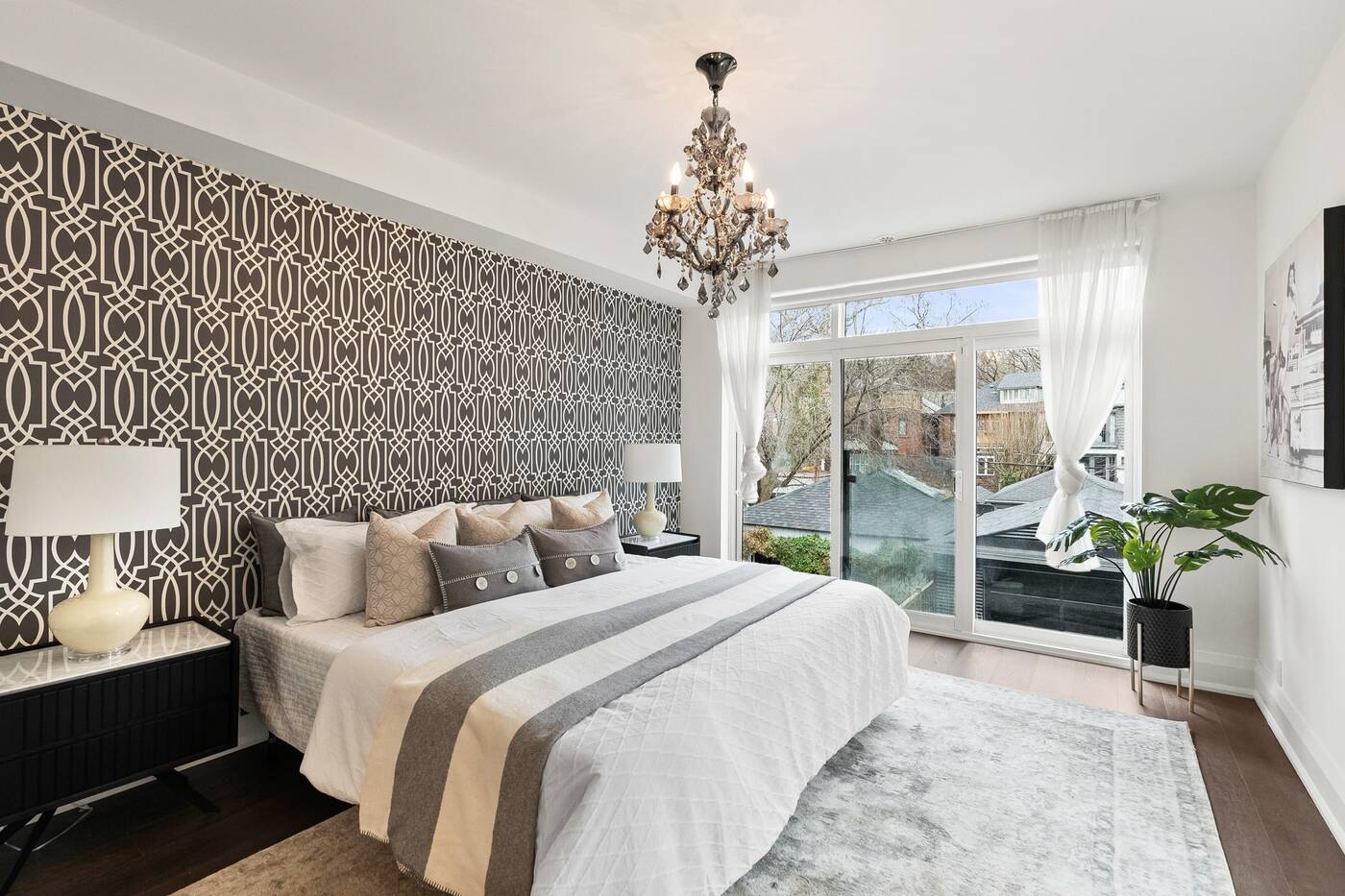 The second bedroom on the second floor.

They also had a black poodle as head of state, and a militia of kids between the ages of five and 14  armed with brooms who were conscripted to form a militia known as the Rathnelly Irregulars. 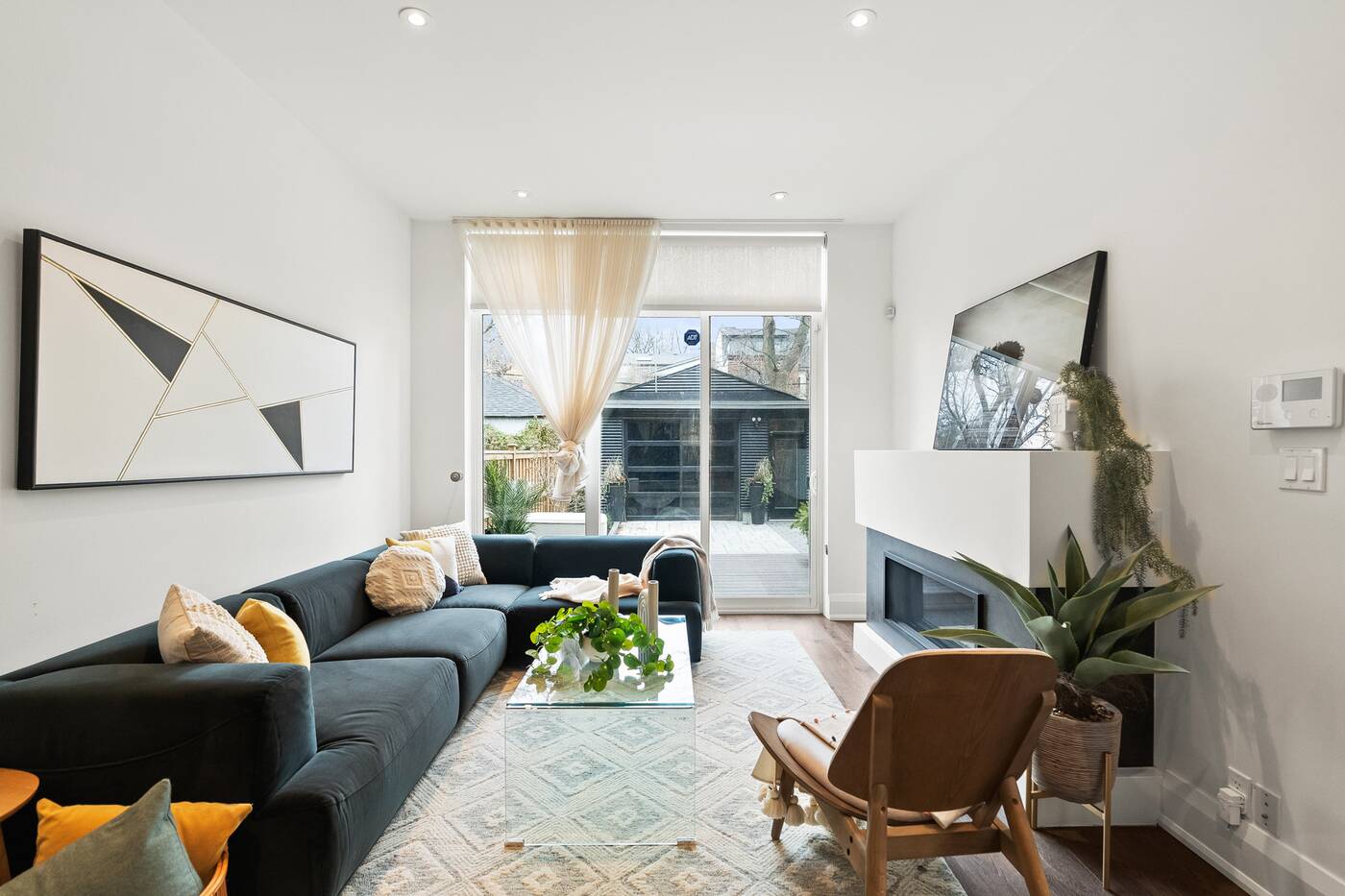 The living room with a fireplace.

Now, the area is a bit less rebellious but is still quirky and 14 McMaster Avenue definitely embraces that spirit. 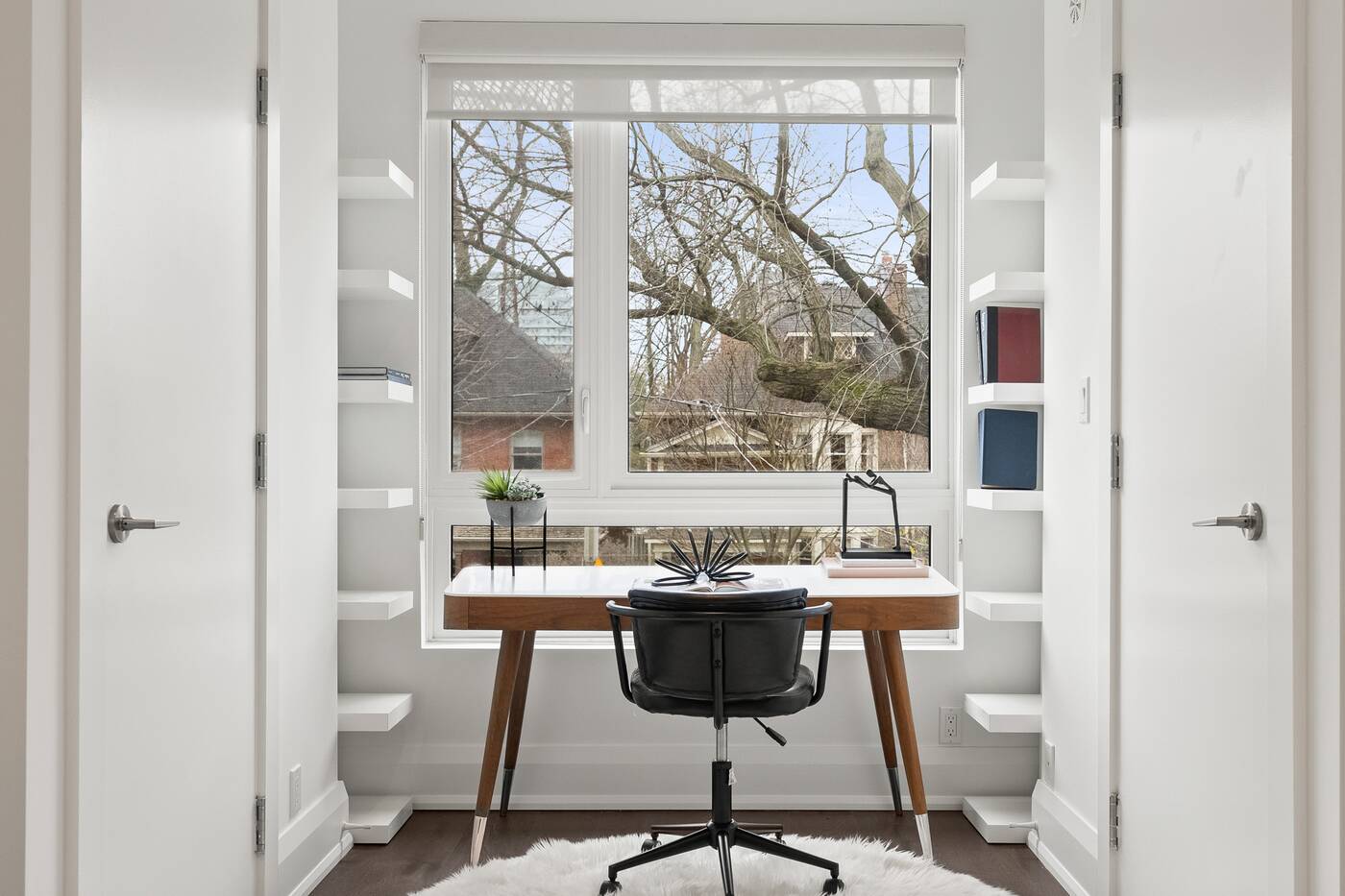 An office nook in the primary bedroom.

Realtor David Batori told blogTO that the current owner spent a year and a half of his life gutting and completely renovating the home. And it turned out beautifully! 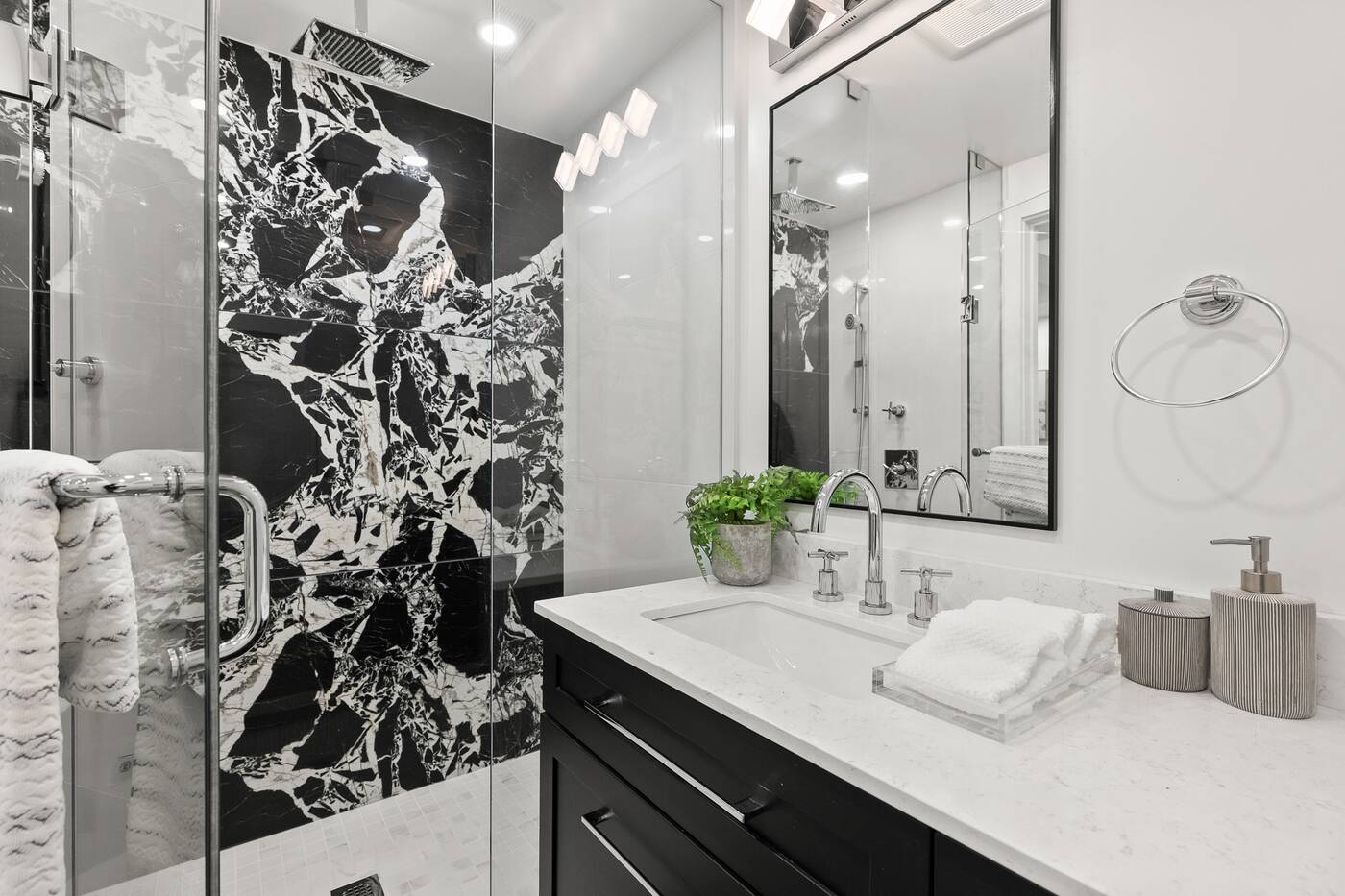 From the outside there's still nods to its Victorian roots but it's definitely a twist on the classic. 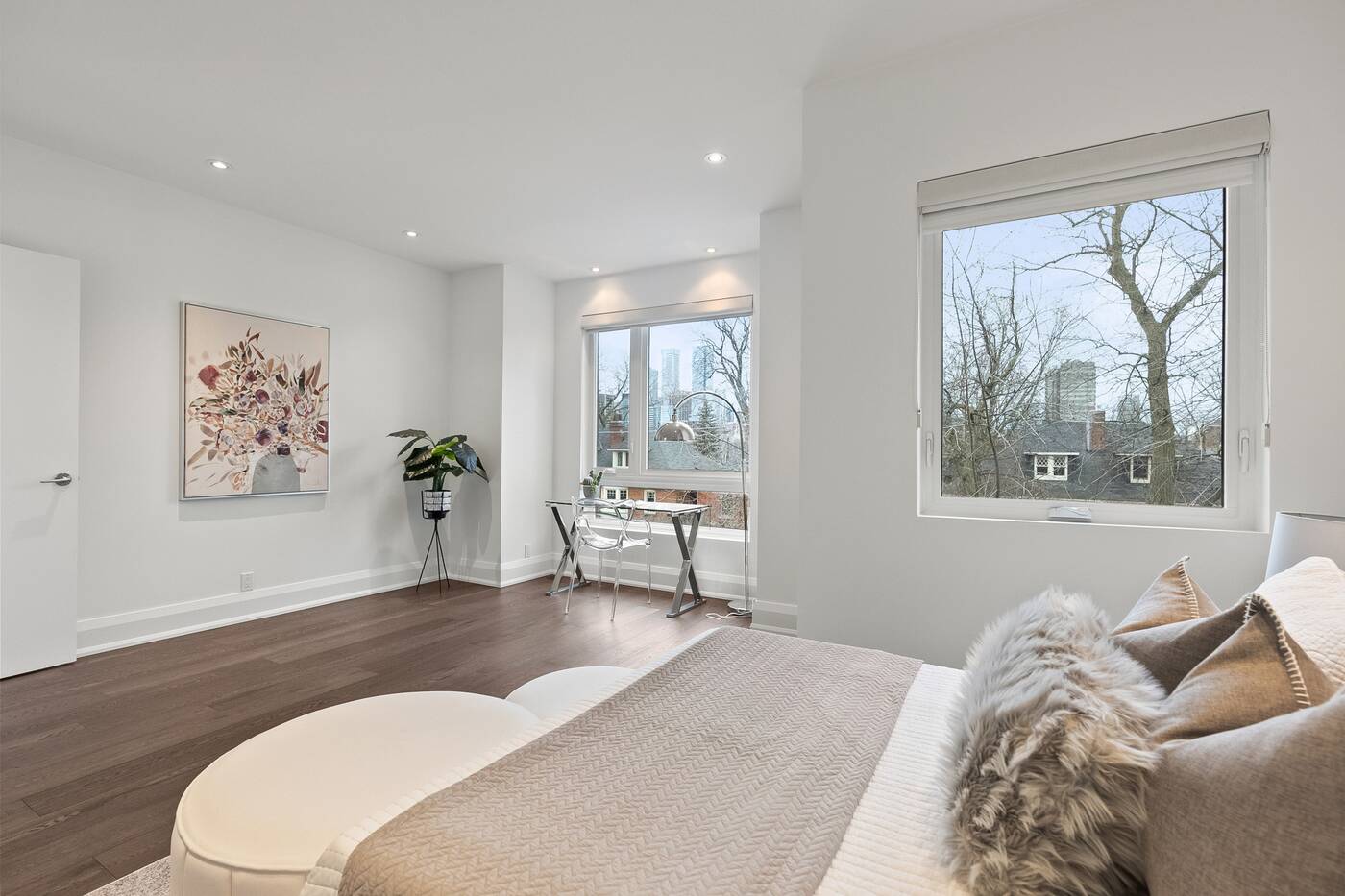 A bedroom on the third floor.

Inside the rooms are spacious and bright with clean lines and a calming modern minimalist aesthetic. 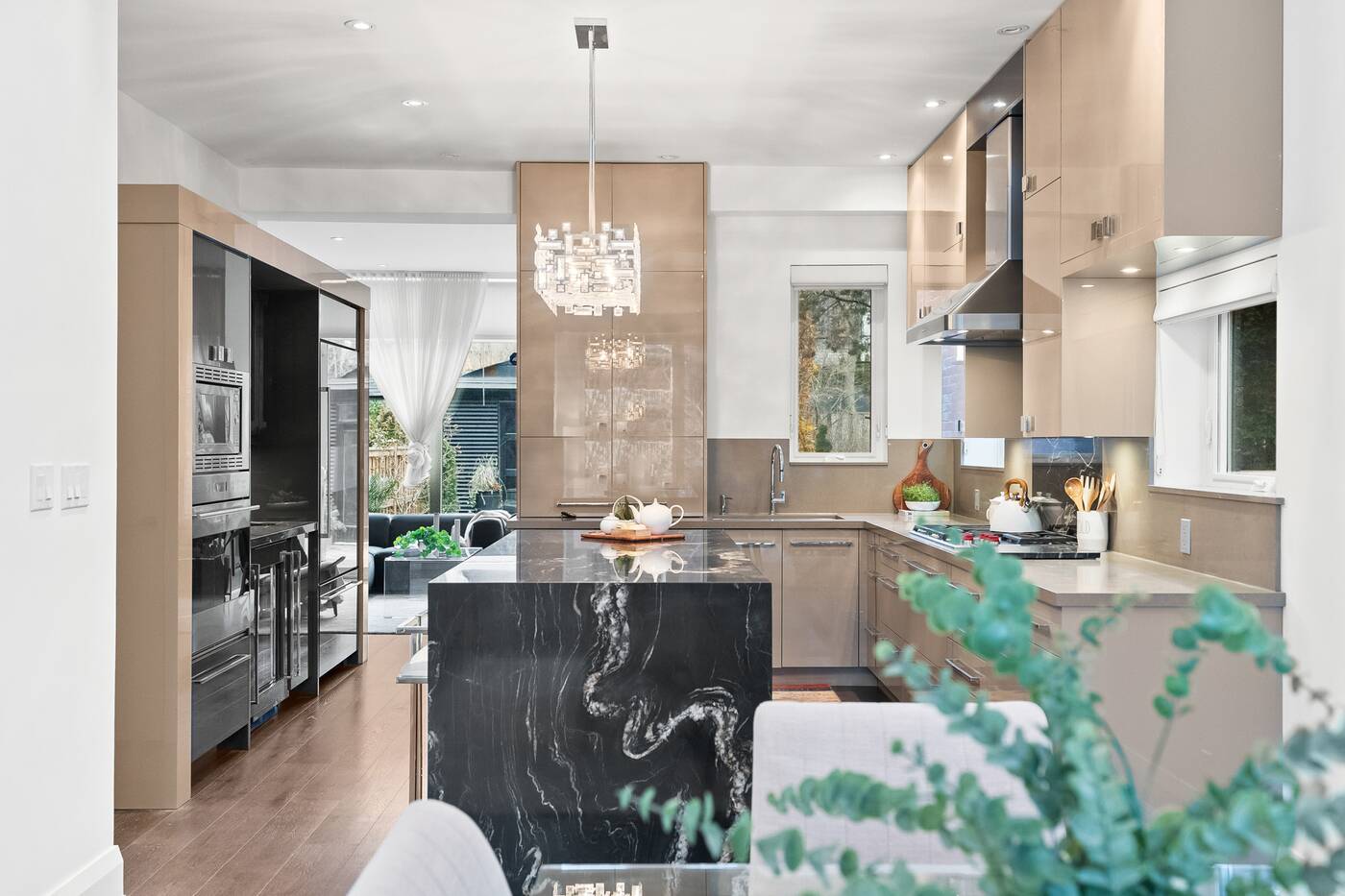 The kitchen with a view of the living room.

The main floor is open concept letting you see from the front of the house to the back and the kitchen is in the middle of the home making it ideal for entertaining or watching the kids while you make dinner. 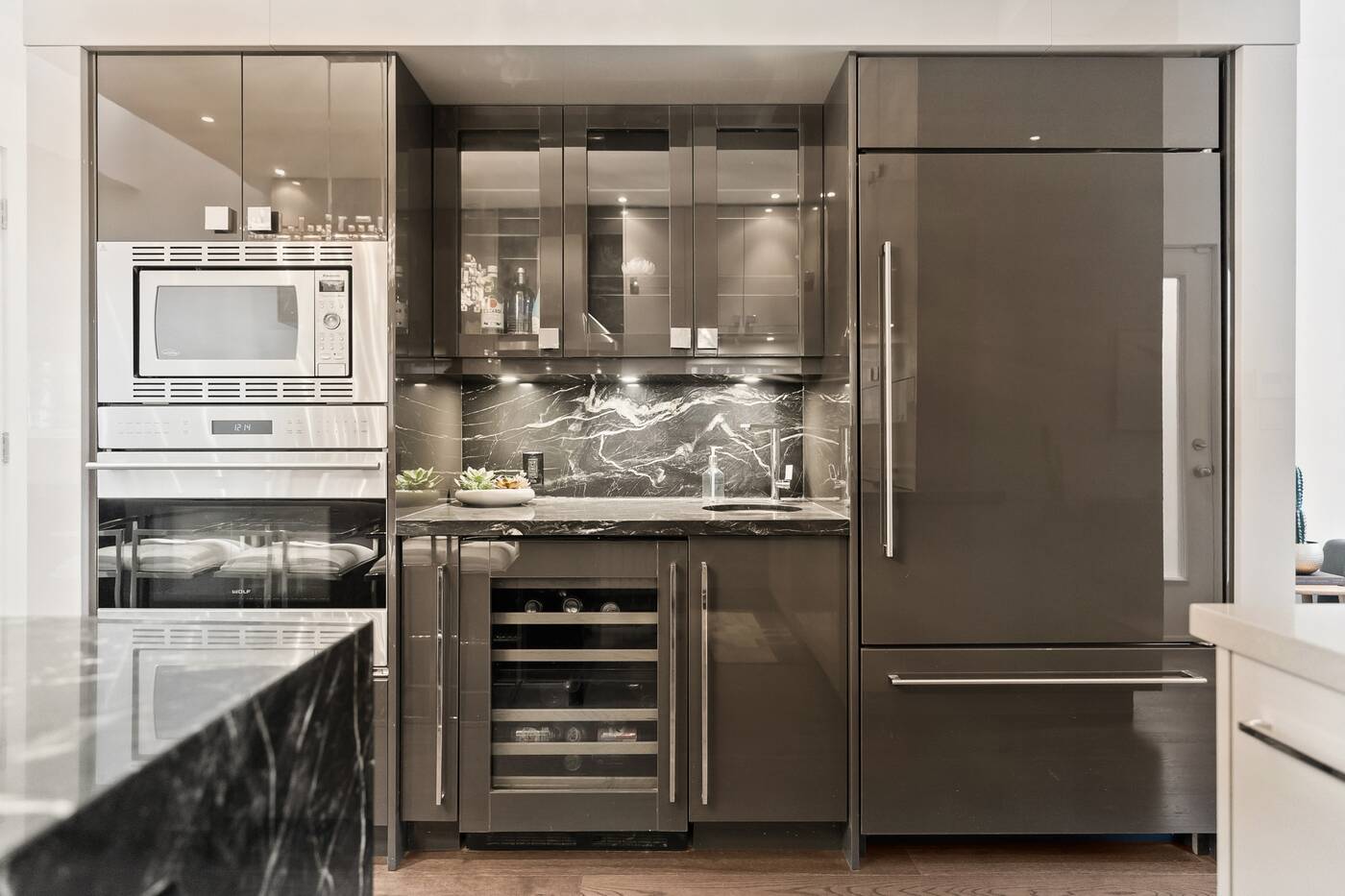 The kitchen with a bar area and integrated appliances.

It's sleek and modern and comes equipped with two fridges, two dishwashers and two microwaves as well as a wine fridge because obviously. 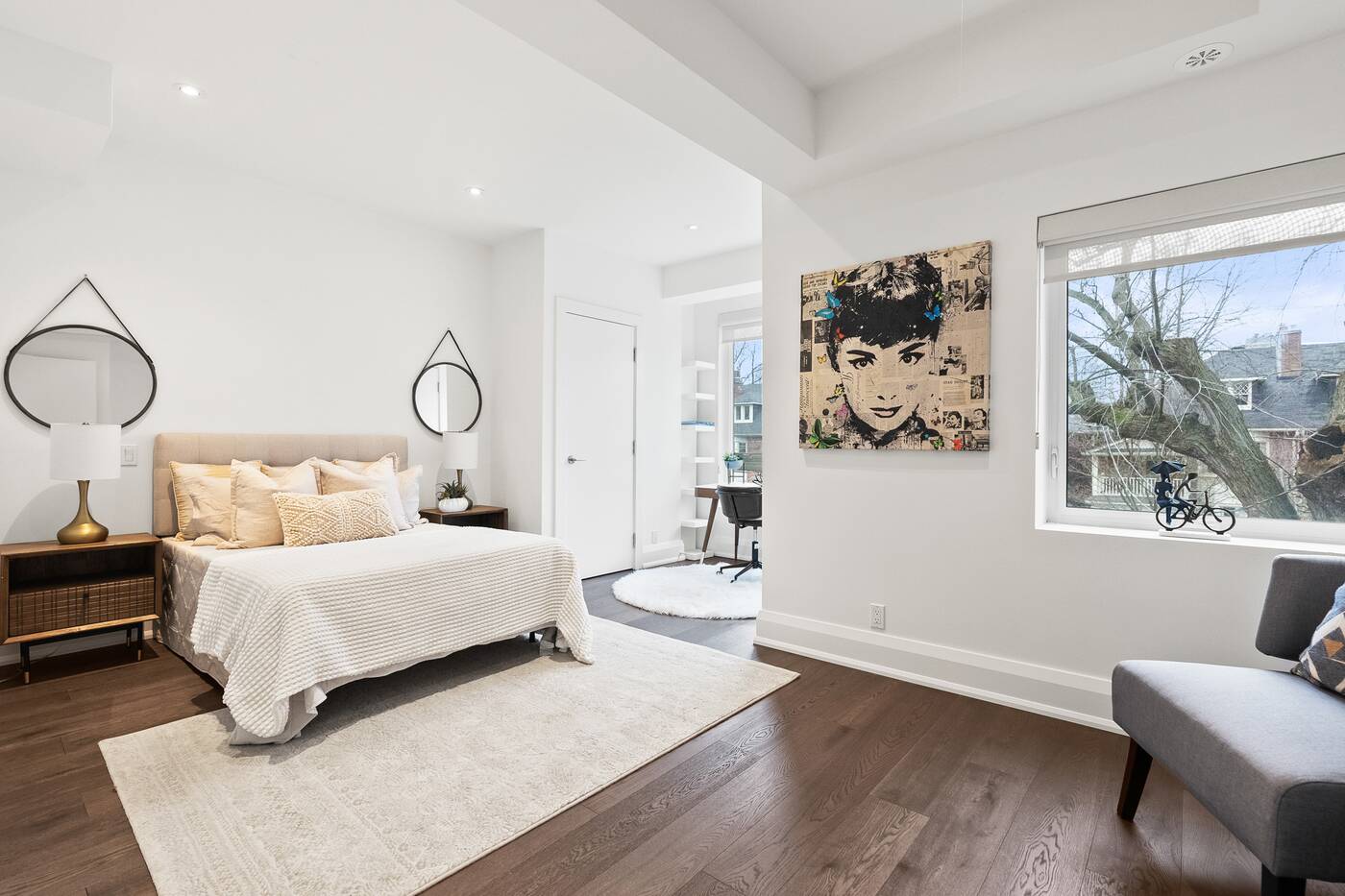 The primary bedroom is located on the second floor along with another bedroom that could easily be a home office. 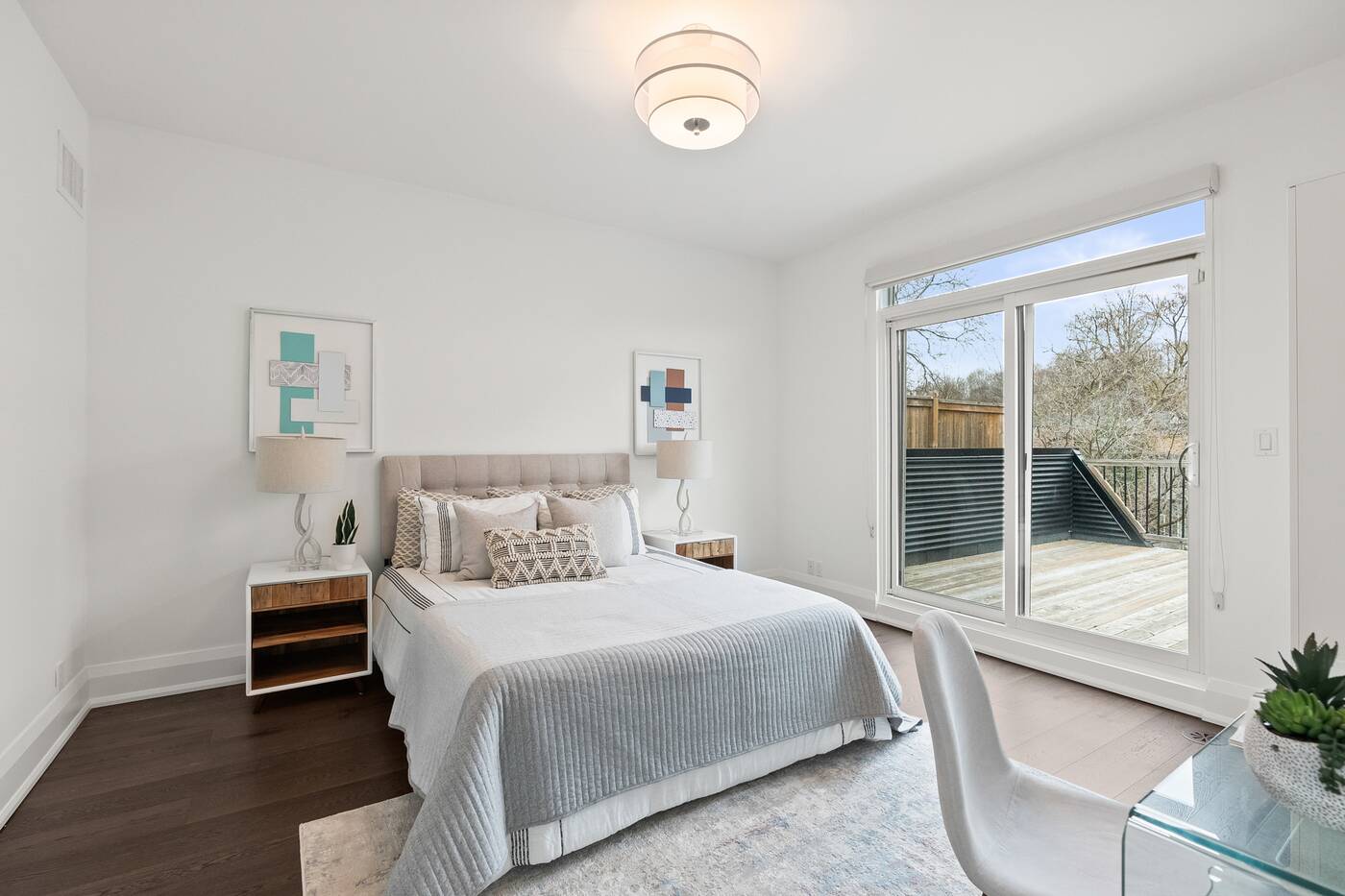 A bedroom with a walk-out to the rooftop patio.

The rest of the bedrooms are on the third level of the home and there's also a walk-out to a rooftop deck. 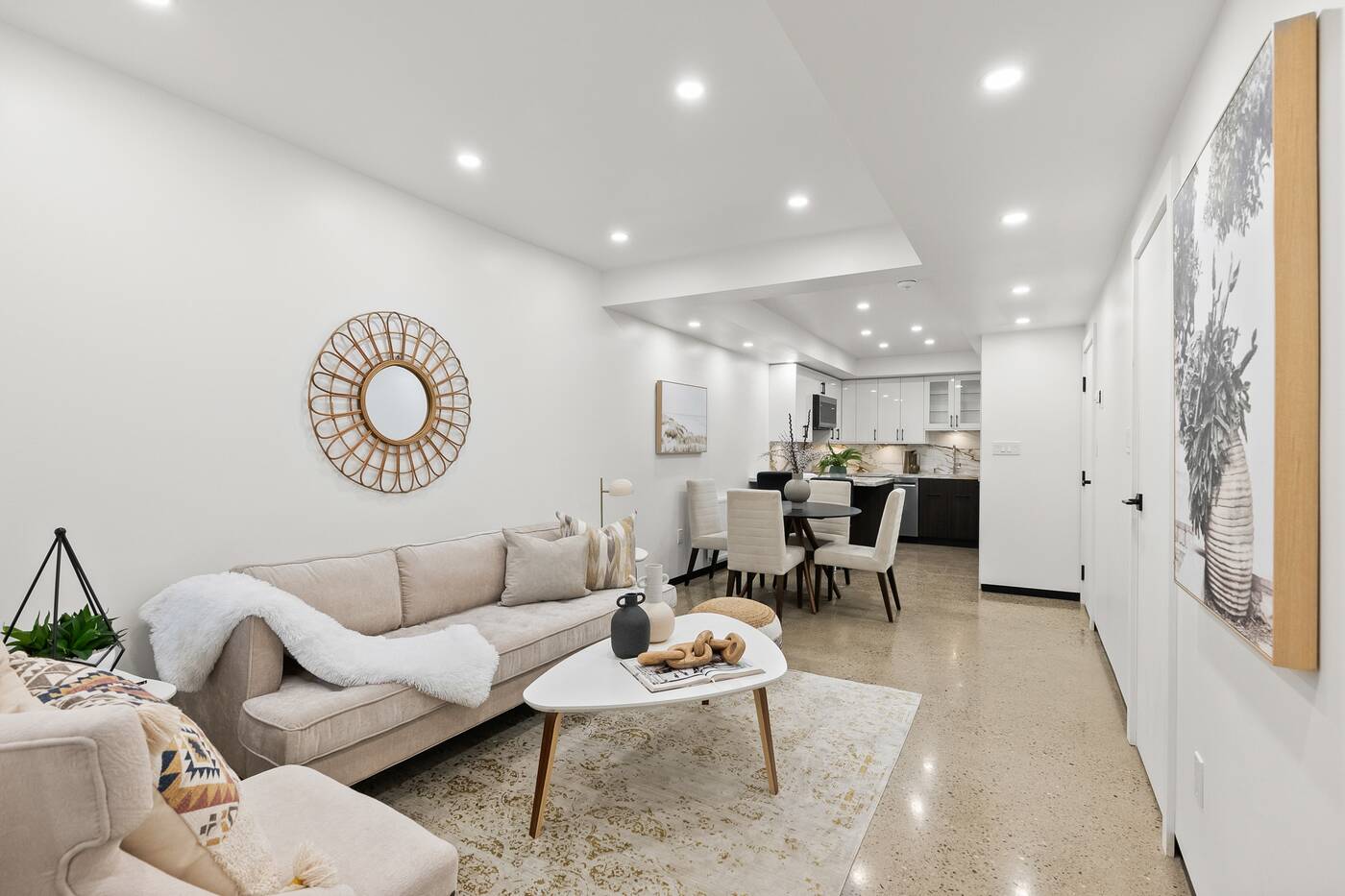 The basement is a fully legal in-law suite, but if you don't want to live with the in-laws you could always rent it out for an extra source of income. 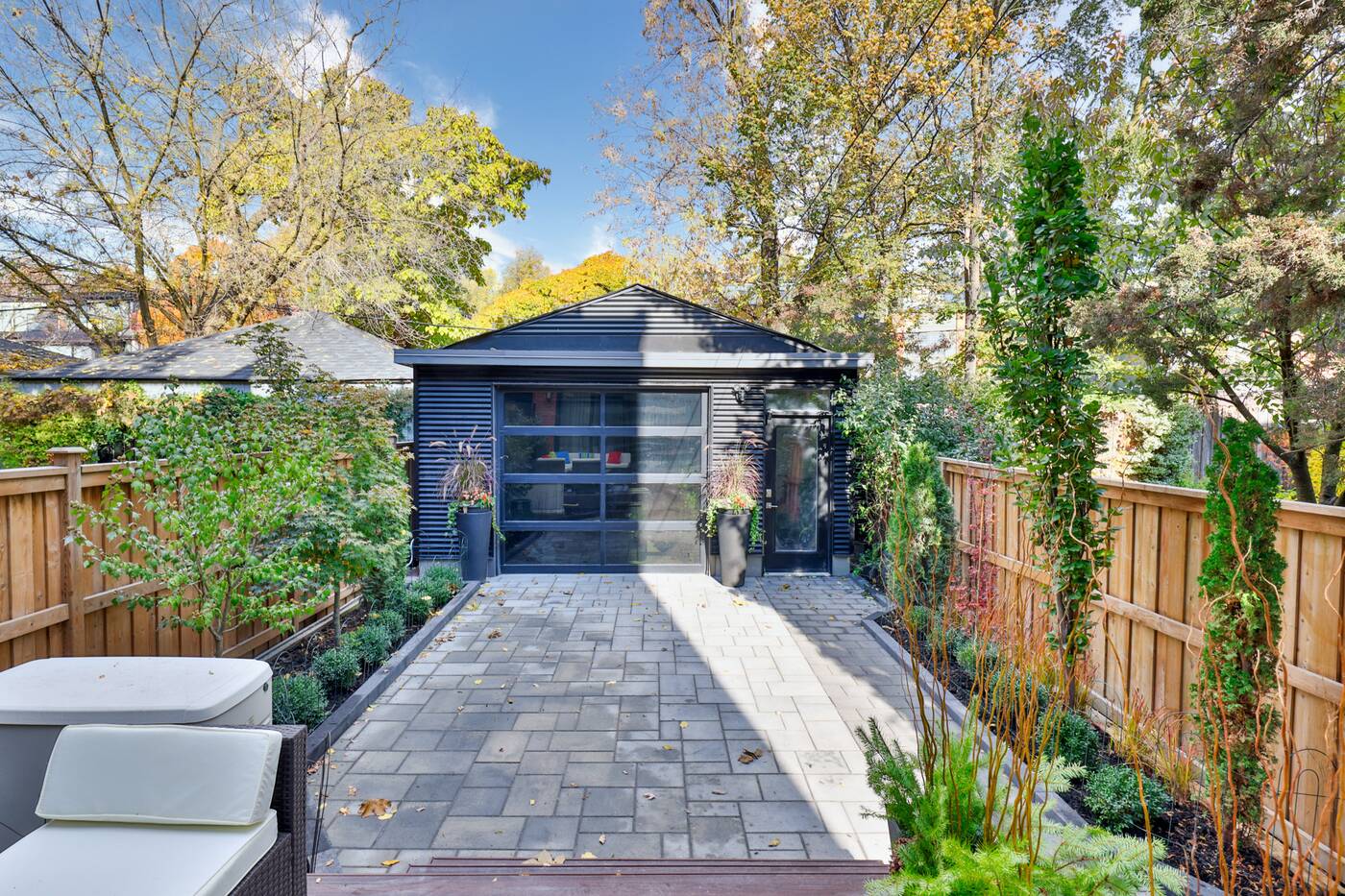 The backyard and garage.

The backyard is a low-maintenance urban garden and there's also a laneway garage out back so you don't have to park on the street or in front of the house. 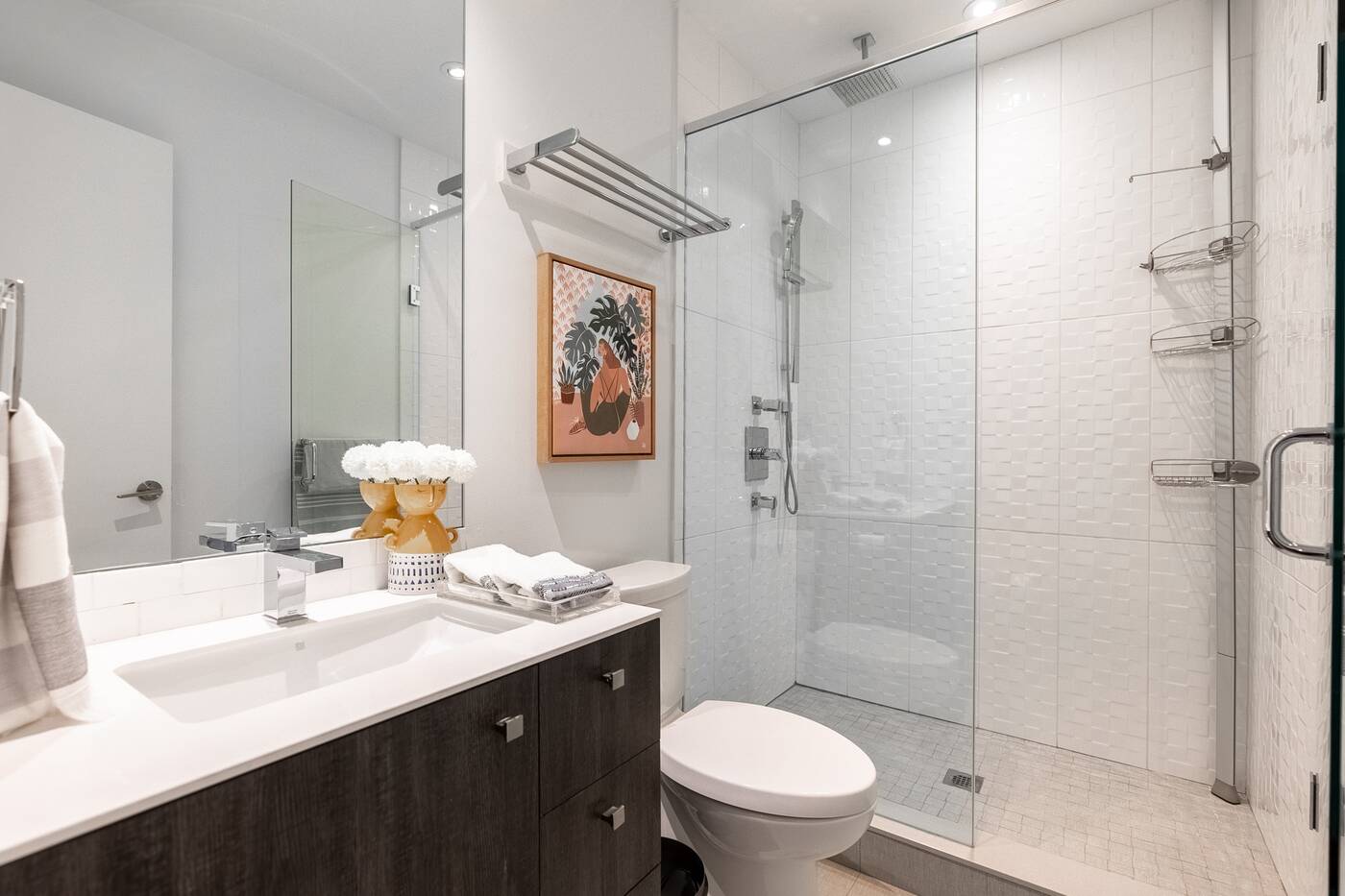 Batori also adds that the home has in-floor radiant heating on every floor which is a luxury unlike no other, especially in the winter. 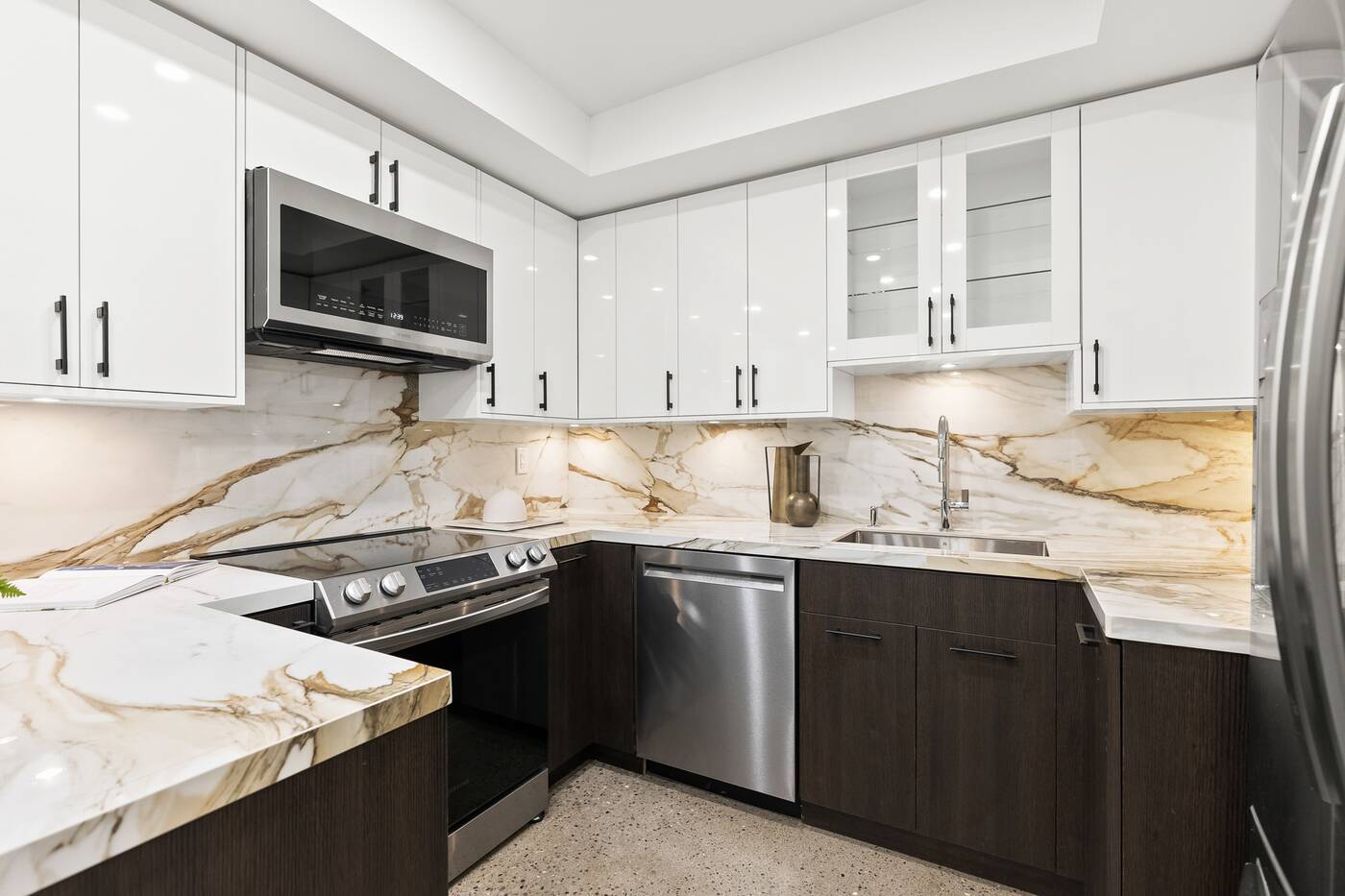 But possibly the best thing about this home is it's fully move-in ready. 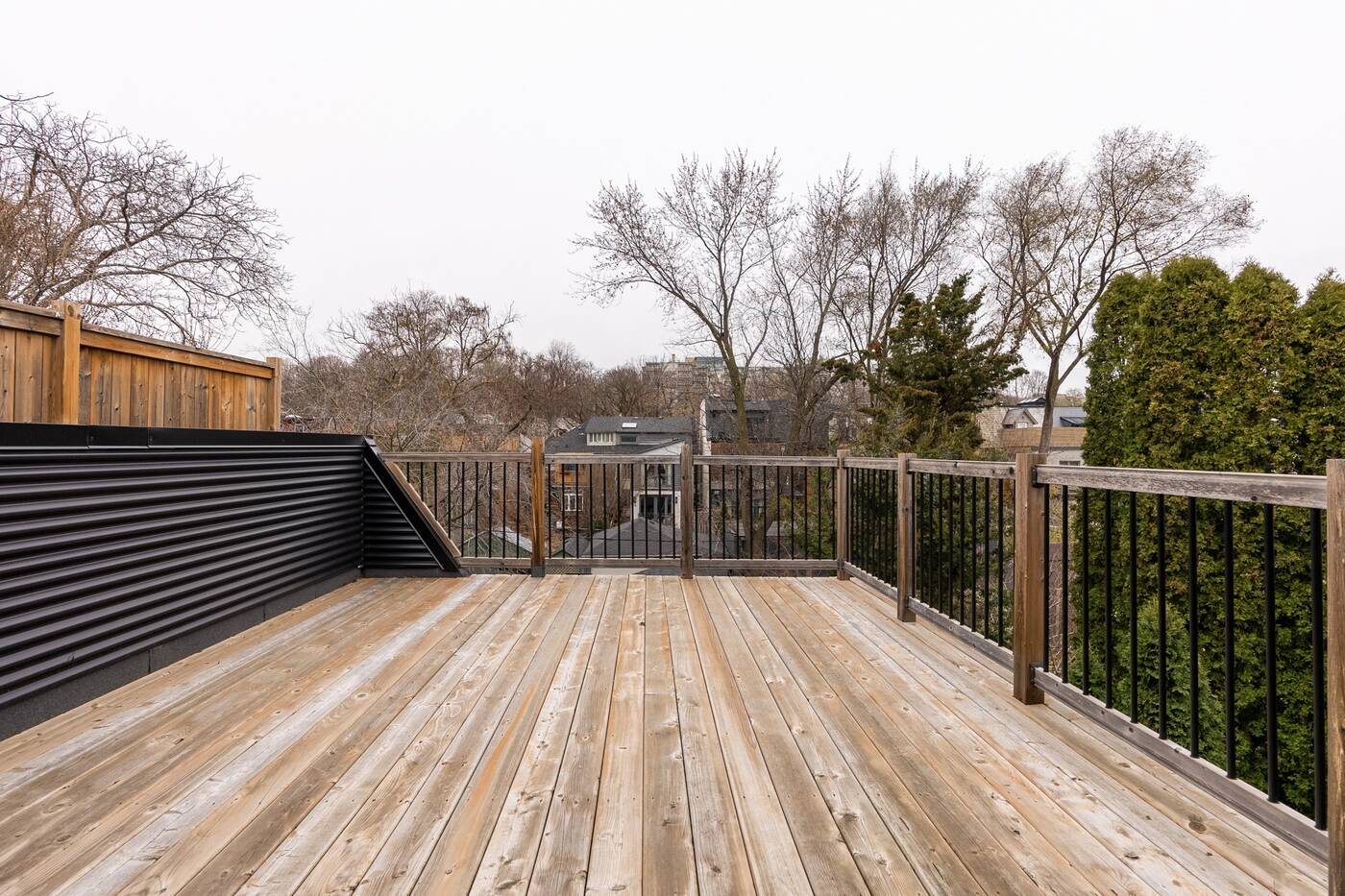 The view from the rooftop patio.

"In that community most of the homes are old Victorians. Most people are stuck with a massive bill trying to bring the houses back to life but this house is turn key ready," says Batori. 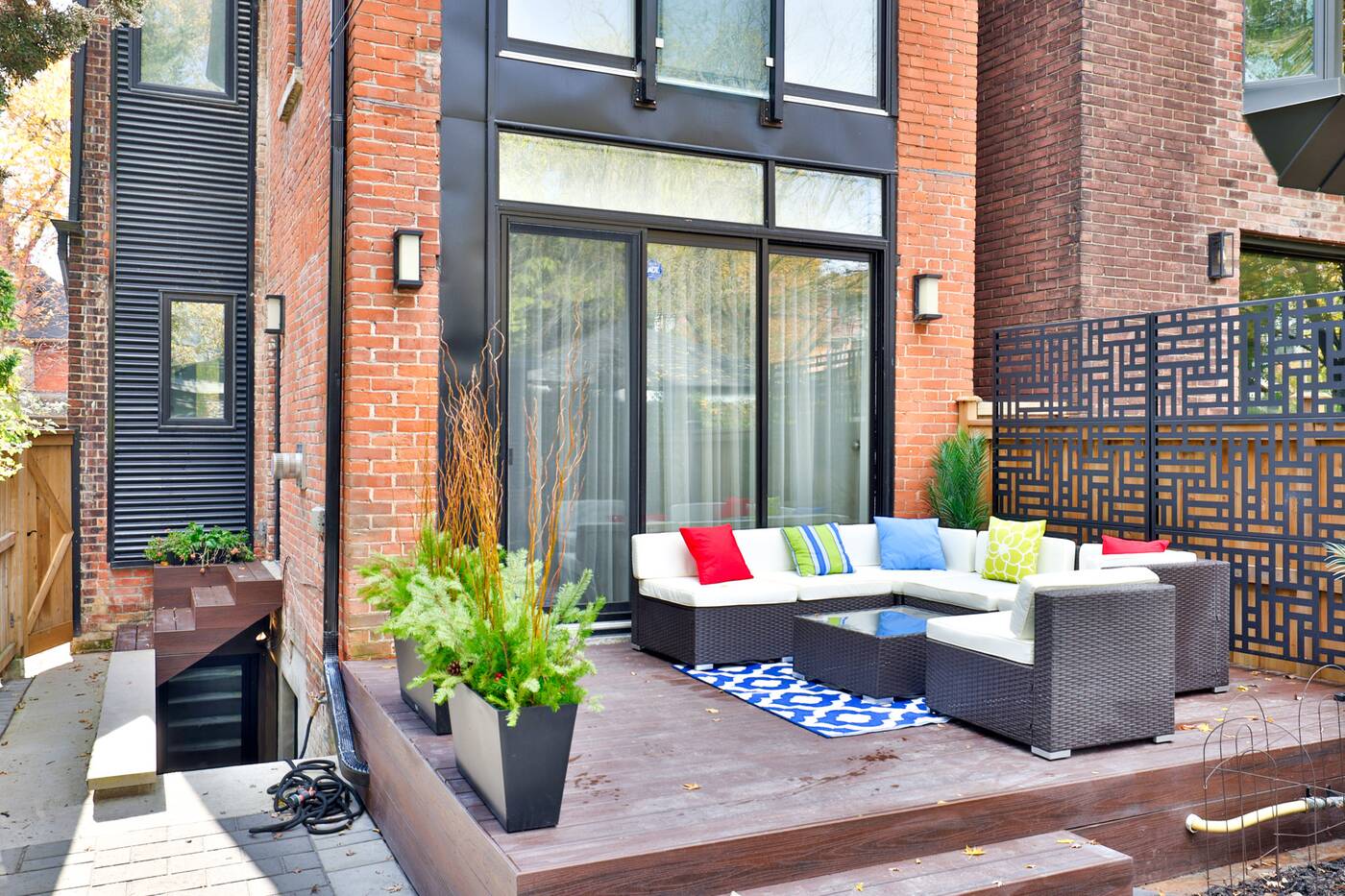 So while $3.5 million isn't cheap it might be a deal considering you don't have to have a renovation money pit on your hands.