The Republic of Rathnelly is one of Toronto's quirkiest neighbourhoods

Located in the South Hill neighbourhood, just below St. Clair along Avenue Road, sits a small tree-lined community called The Republic of Rathnelly.

It looks like your average well-kept neighbourhood, with side streets and quiet lanes of semidetached homes with picturesque lawns. 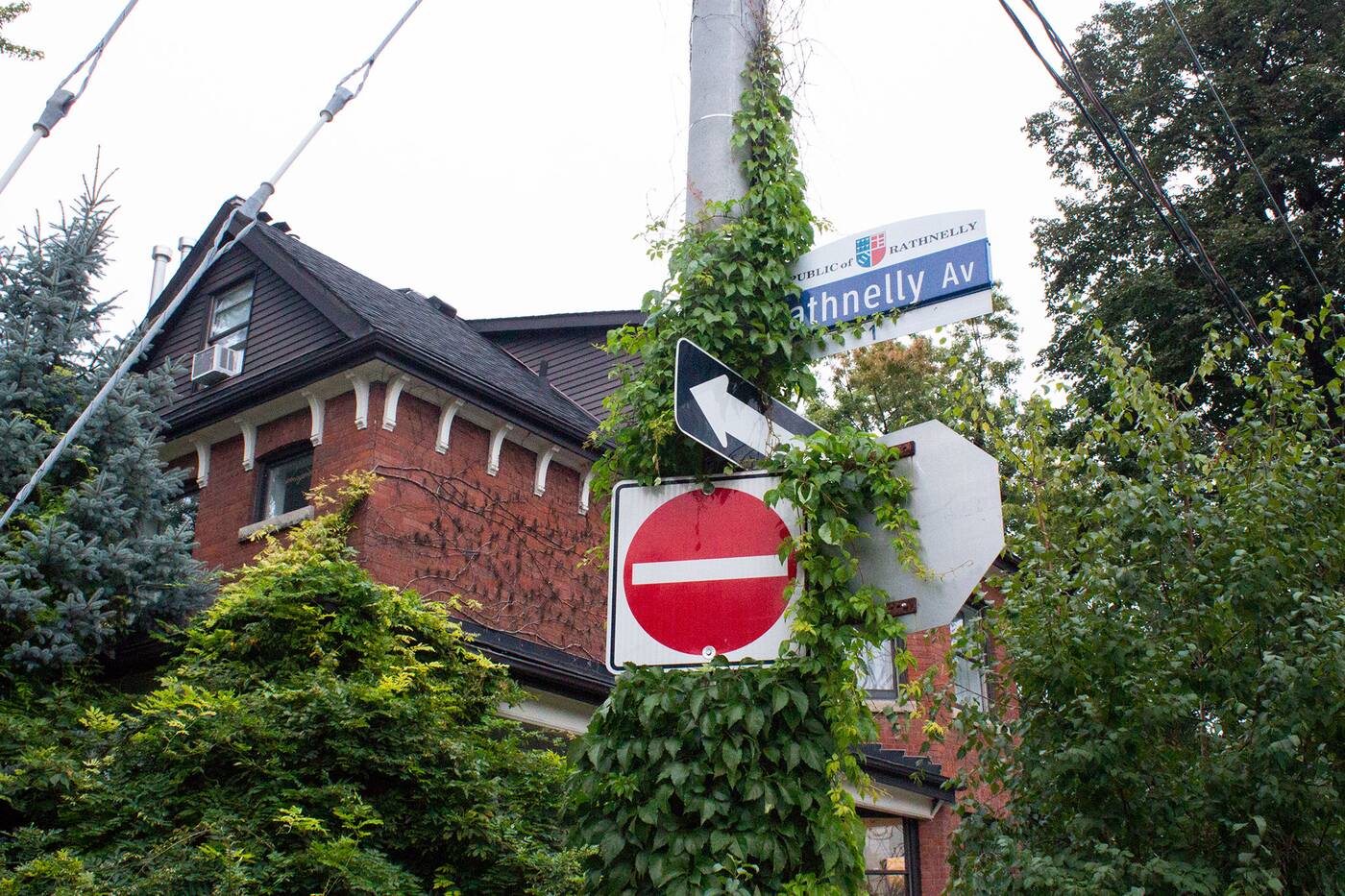 The Republic of Rathnelly is a small area of the South Hill neighbourhood.

But Rathnelly is far from your ordinary midtown enclave. There are few neighbourhoods with a stronger identity than that built by the residents of this five-block community sitting just north of the CP rail tracks.

It began on June 10, 1967, when the residents of Rathnelly Road, consisting mostly of rooming houses, took to the streets for Canada's Centennial, and in a tongue-in-cheek neighbourhood ploy, declared themselves an independent republic. 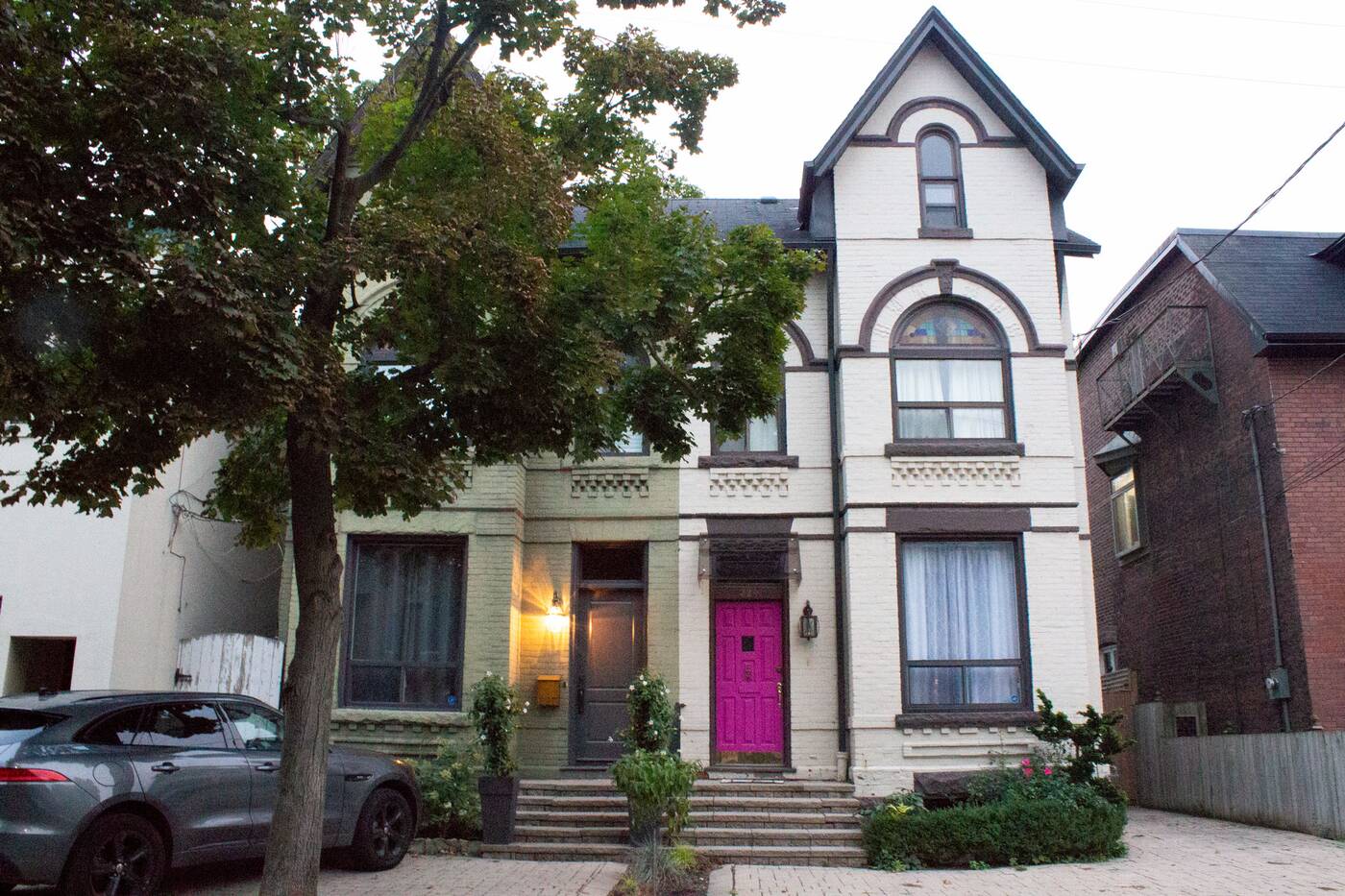 The Rathnelly Area Residents' Association (RARA) is made up of neighbourhood locals.

The secession was all fun and games, a family affair, but the wheels for dissent had been set in motion.

Day-long independence days became recurring events at Rathnelly, which held its own Winter Games in 1969 that included bonfires and drinking on the streets, an act that was illegal in Canada but allowed in the Republic on special occasions. 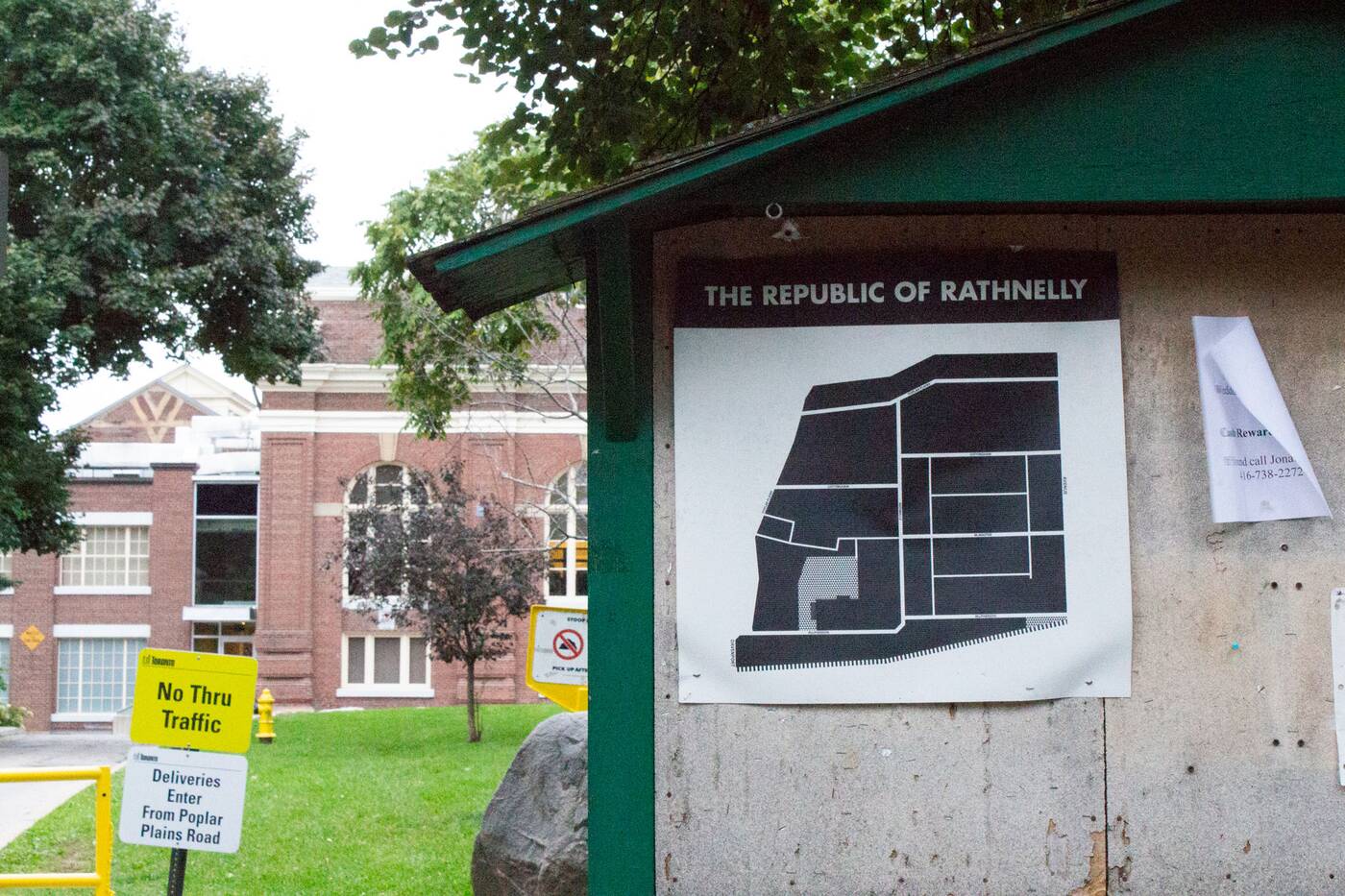 The neighbourhood first declared its independence in 1967.

By the following year, Rathnelly was holding elections, and appointed David Rotenburg as their City Hall ambassador, a black poodle as head of state, and a militia of kids between the ages of five and 14 were armed with brooms were conscripted to form the Rathnelly Irregulars. 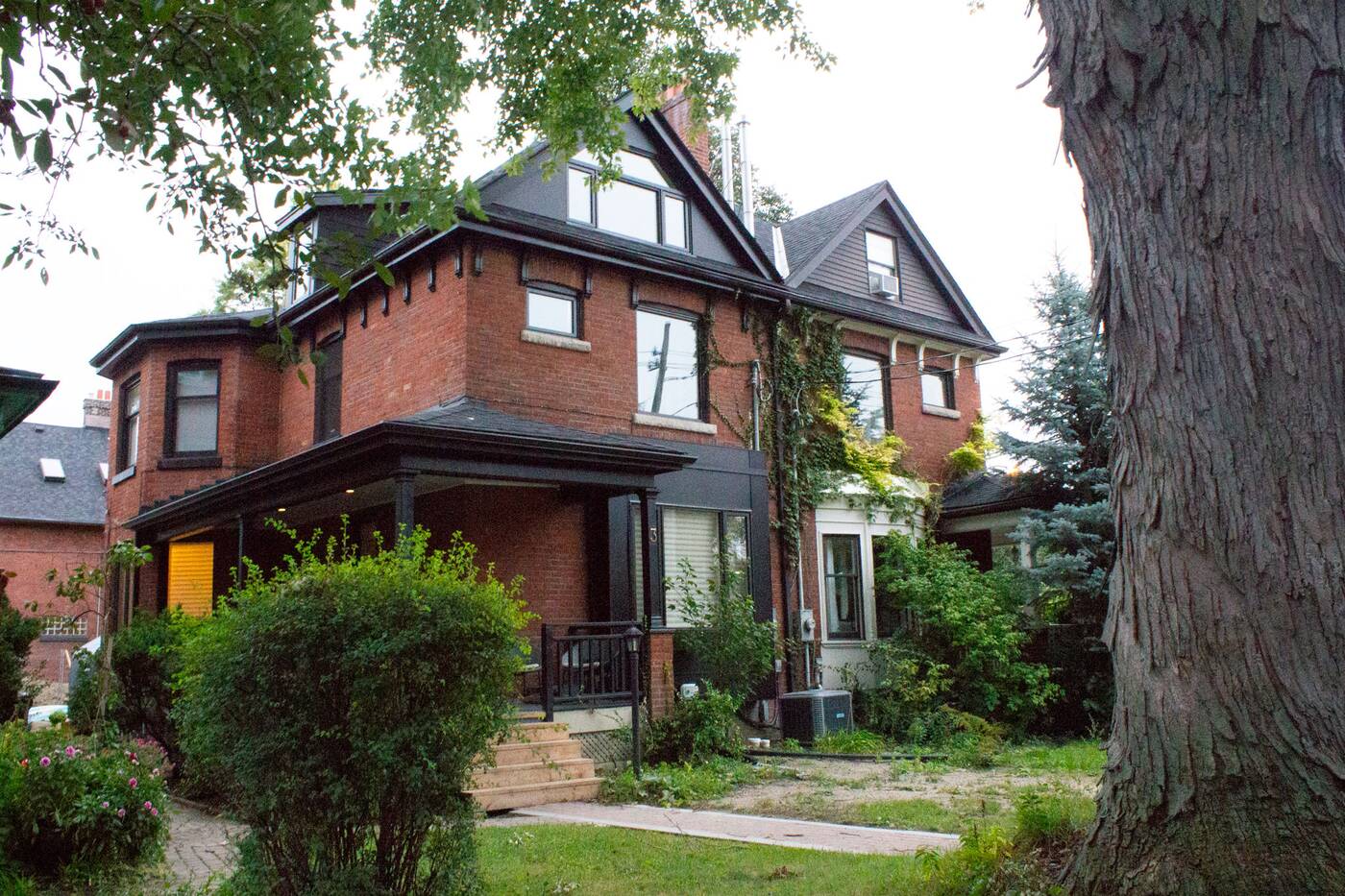 The neighbourhood even elected its own queen and head of a state—a black poodle.

By 1969, they had garnered enough well-repute in the city to send a letter to Prime Minister Pierre Trudeau, requested foreign aid money to build a playground, to the benefit of the Rathnelly Irregulars.

They were turned down, but the move won them some clout on the federal level too. 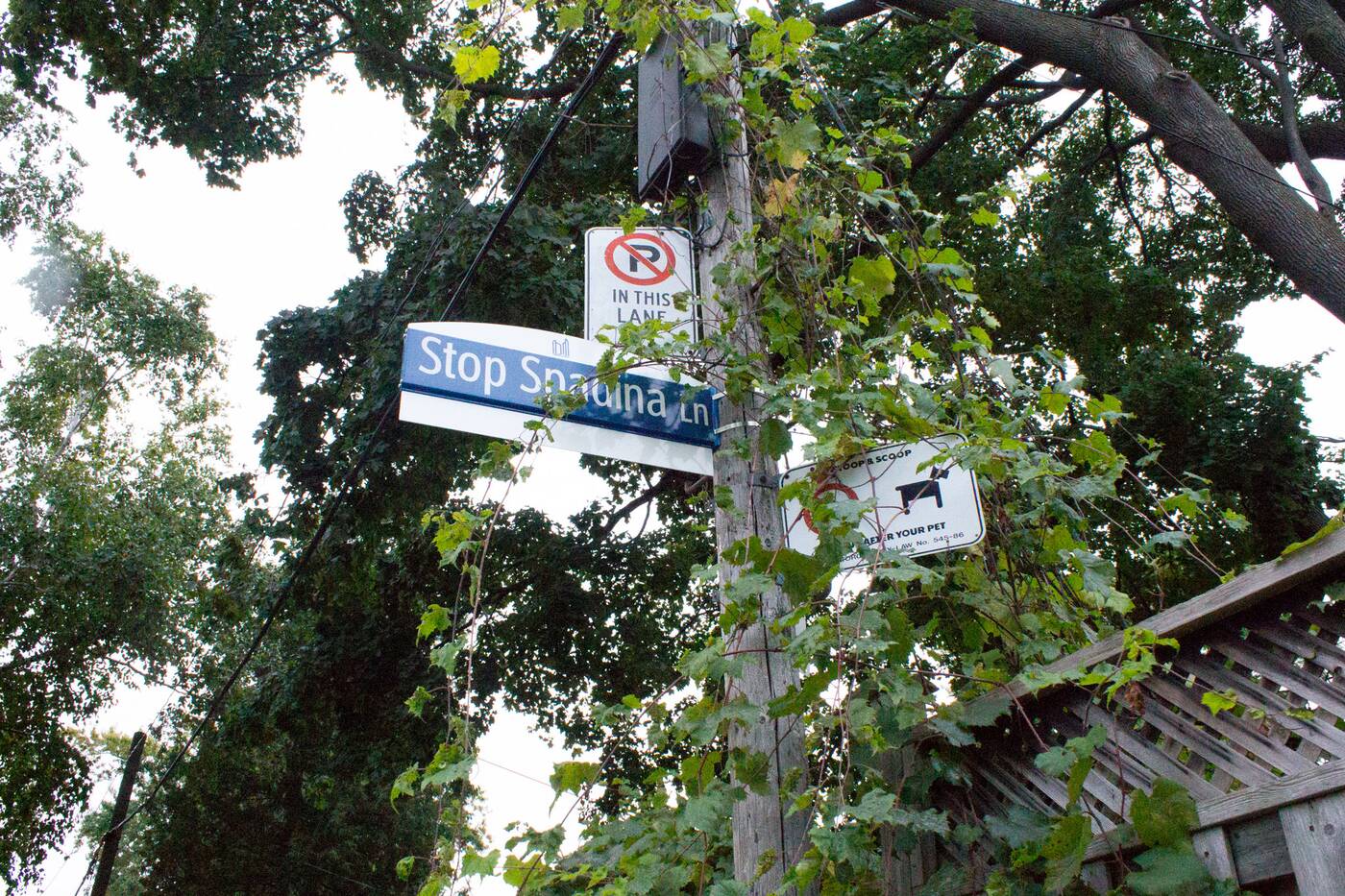 The RARA worked together with urban advocates to fight the off-ramp of the Spadina Expressway.

United in a way few neighbourhoods were, the playful secessions set the scene for the Rathnelly Area Residents' Association (RARA), who would eventually have to put that unity to good use in the face of the Spadina and Crosstown expressway projects.

Threatening to tear through neighbourhood while demolishing homes and green spaces, RARA partnered with important urban figures like Jane Jacobs and Marshall McLuhan to protest the construction of the off-ramp that would lead from the expressway. 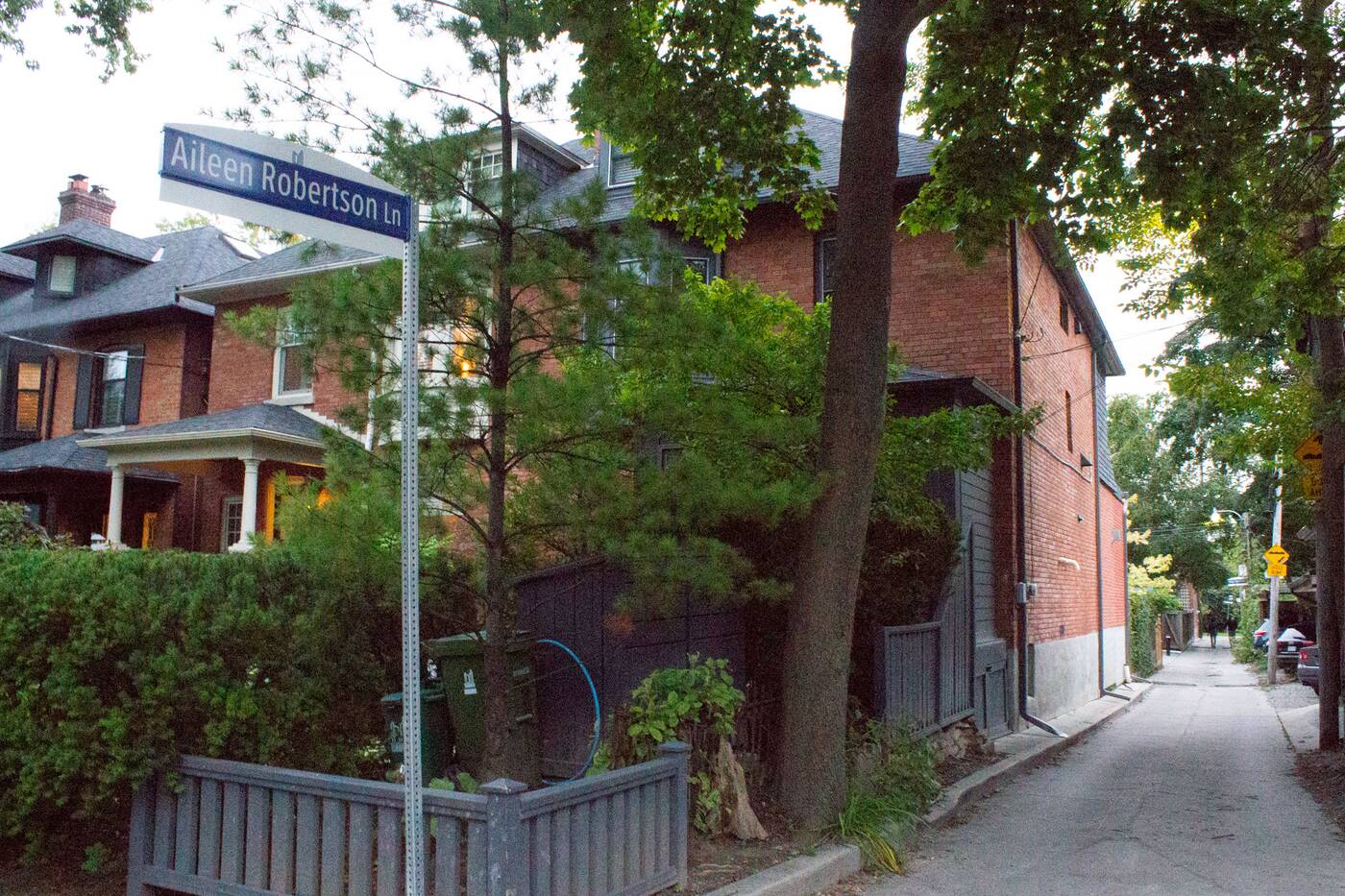 A laneway is named after Aileen, the first queen of Rathnelly.

After a few years, Rathnelly and neighbourhood activists won, and the government abandoned its plans for the Spadina Expressway in 1971.

In 2012, fifty years after its first declaration of independence, the city of Toronto gifted Republic of Rathnelly five newly named laneways in honour of the area's revolutionary spirit.

There's Stop Spadina, a small back lane for parking, and Aileen Robertson, named after Queen Aileen the First. 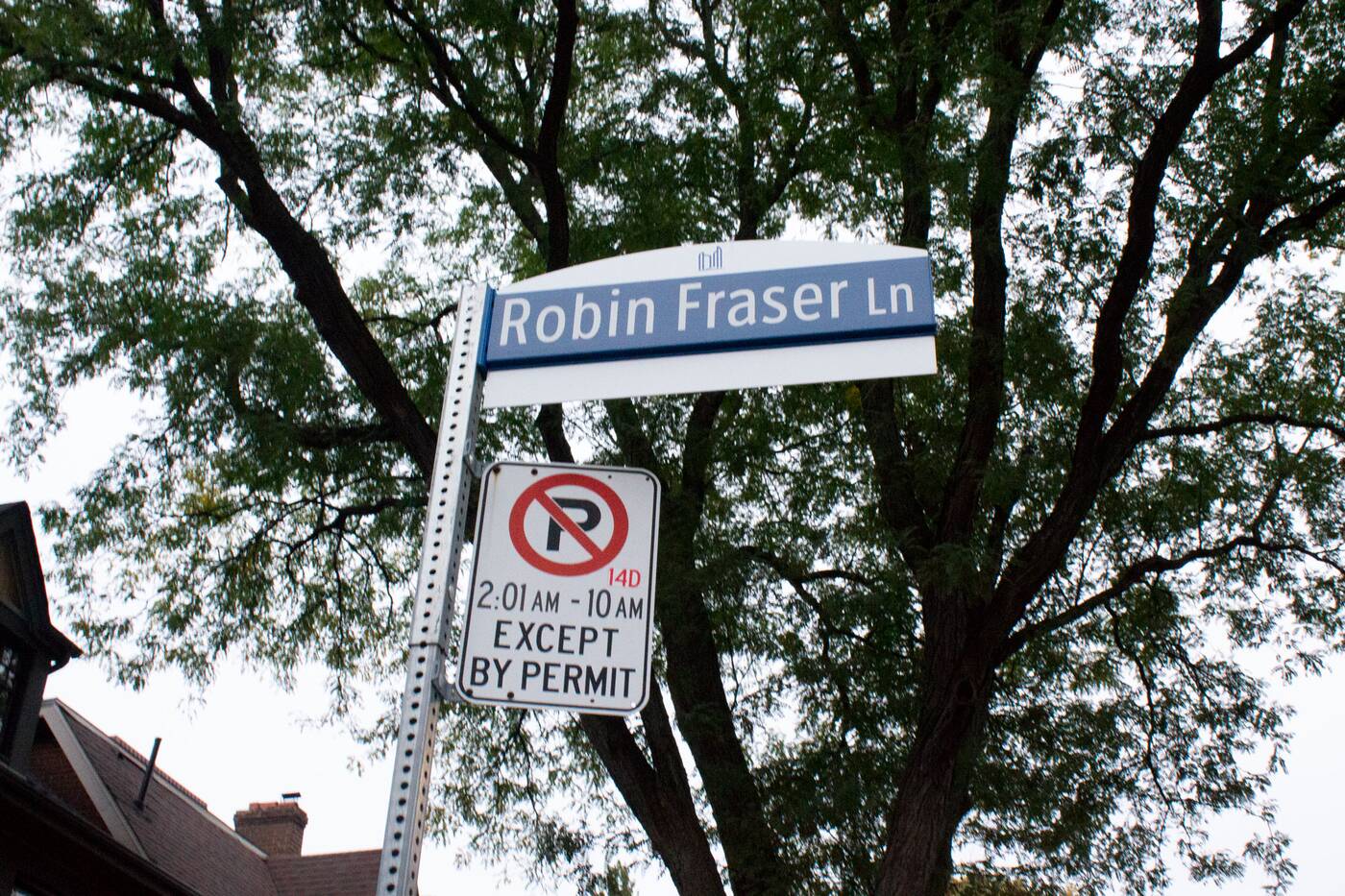 One street is named after Robin Fraser, who led the resistance against the Spadina Expressway.

Another is named after Robin Fraser, the man who led the resistance against the Spadina Expressway Plan, and internationally-renowned artist Michael Snow, who has lived in Rathnelly since 1984.

Though it's no longer the community of deteriorating rooming houses, it once was—average home prices run upwards of $2 million these days—the Republic of Rathnelly still celebrates its identity with a bi-annual, all-day Rathnelly Day party in June. 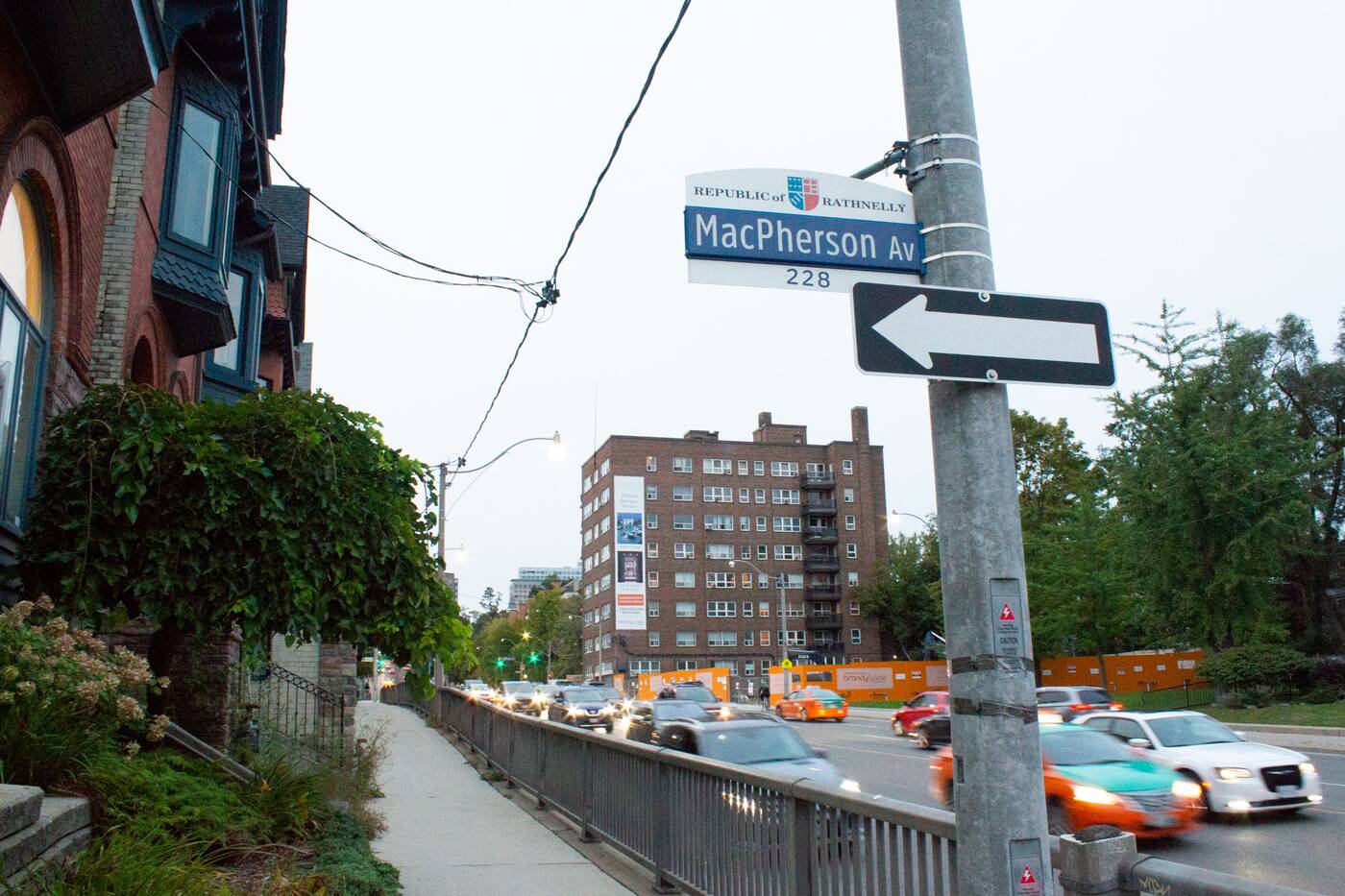