These are the amenities Toronto condo residents just don't care about

Among the big draws pulling buyers to Toronto condos are amenities pitched with terms like "spa-inspired," and "resort-like atmosphere," selling the condo lifestyle as an experience just as much as it is a place to live or an investment.

And while you'd think these condo amenities are hives activity, it appears some of them aren't getting the traffic expected, serving more as distinguishing factors for marketing teams rather than actual residents.

Real estate data experts Strata have looked into some of the condo amenities least-appreciated by residents, ranging from the obscure to the practical.

Condo residents looking to brush up on their golf skills during brutal Toronto winters may appreciate the growing trend of golf simulator amenities, but this amenity's use is limited to a small share of residents and only really gets any use during the colder months when courses are closed.

Strata agent Alex Hood suggests: "This is Canada, so a hockey net would be more suitable." 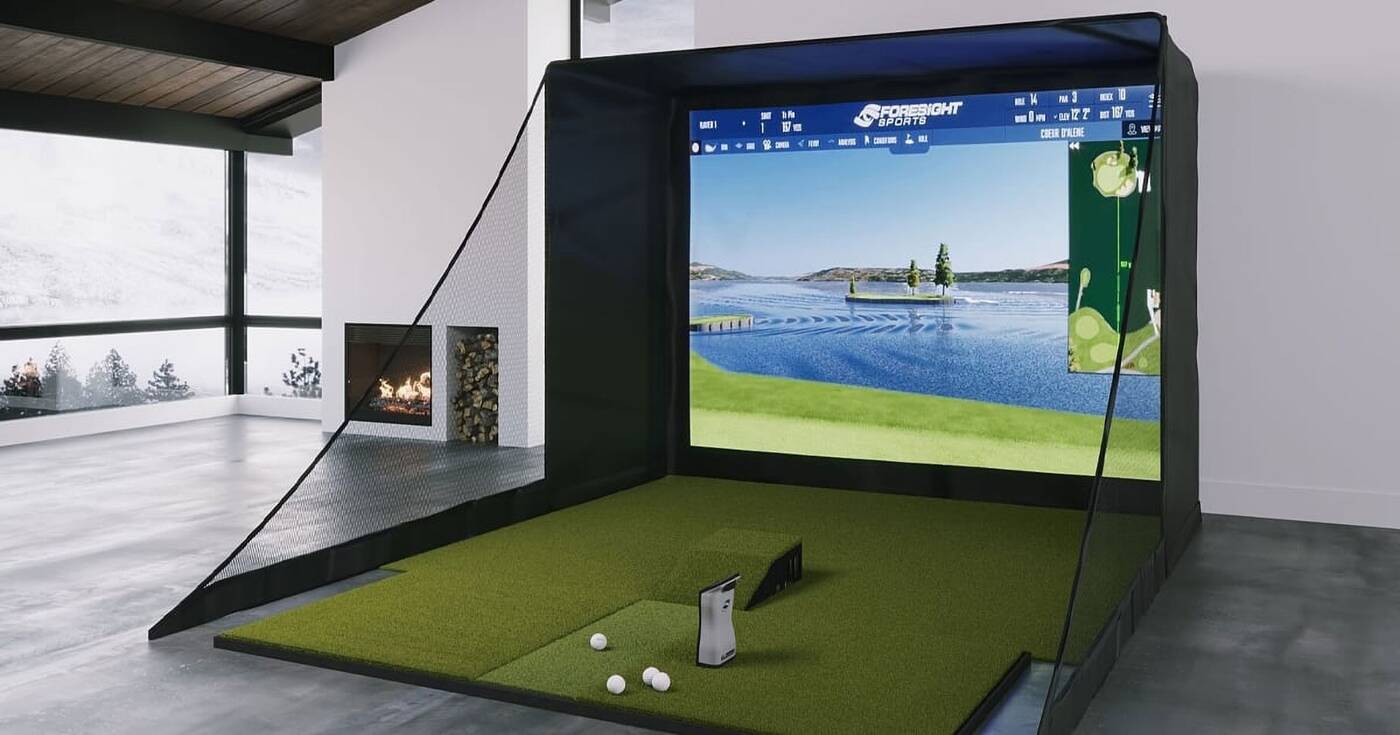 Golf simulators are a big selling feature, but only appeal to a select group of buyers. Photo via Strata.

Another amenity that is limited to just a portion of any given building's population, dog-friendly amenities have been on the rise in recent years. And while not everyone may appreciate them, there's actually pretty good reasoning behind their growing popularity.

Strata claims that "unless you're a pet owner, amenities for animals don't make much of a difference," but that is a bit of an oversimplification.

Sure, a pet spa or an elevated pee park only caters to some in a building, but pet washing stations are a rarity in amenities in that they can actually help lower maintenance fees by cutting down on cleaning costs.

Anyone who has had to deal with muddy paws after a walk gets it.

Soaking in a relaxing read after a long day is something many can get behind, but with the rise of e-books and audiobooks, condo libraries are struggling to stay relevant, acting more as Instagrammable showpieces than places to find your next good read.

"It's usually a beautifully decorated room with uncomfortable chairs and random books shoved into an old-timey bookcase," says Strata.ca agent, Osman Omaid. "One time I saw a Hunger Games novel with half the spine chewed up."

Even in cases where a condo library has a great book selection, you're more likely to want to read in the comfort of your own unit.

Outdoor amenities with areas for grilling (which is infuriatingly and incorrectly called barbecuing by condo developers) act as great places to host a gathering, but it seems they aren't getting anywhere near as much use as you'd expect.

One condo board actually researched the rate of amenity use, and the BBQ (the grill, it's called a grill) was surprisingly underused.

Strata realtor Larry Medina says, "I was shocked, but when we looked at the booking rates, they were nearly non-existent."

Like golf, tennis is a bit of a status symbol sport, and condo buyers seem mixed on the issue of courts as amenity spaces.

"I've had clients who were obsessed with the idea of having a tennis court, but they're definitely underused," says Strata agent Francisco Hiebert in the report.

Some agents complain of barren, poorly-maintained courts while other buildings see their courts booked solid with proper upkeep.

Pools are another amenity with a mixed reputation. Many older Toronto condo buildings have massive swimming pools, but developers and residents have learned from experience that pools are some of the most expensive amenities to maintain.

They add generously to maintenance fees and can be very costly to repair if leaks arise. 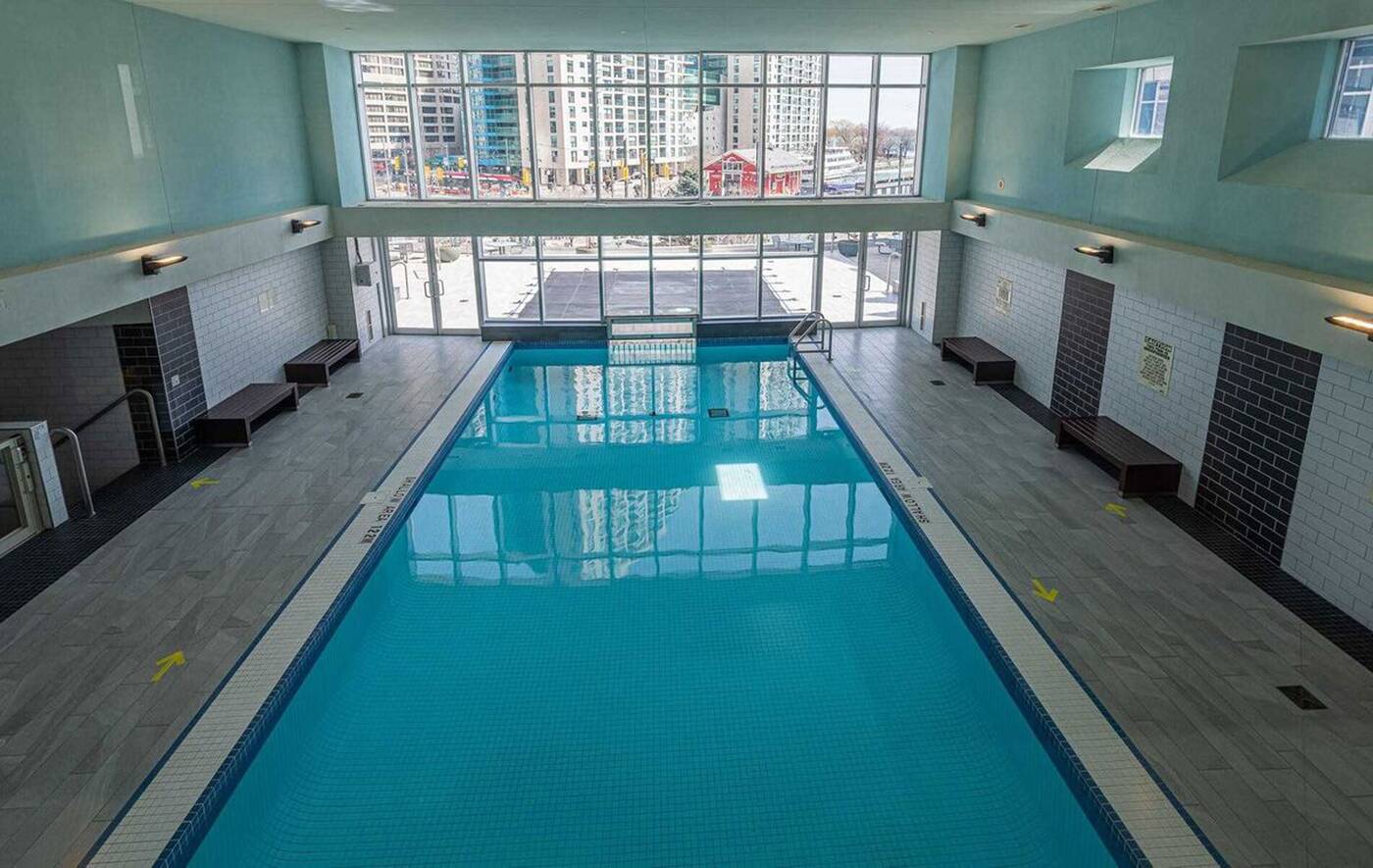 Swimming pools are a regular feature in older condo buildings, but seem to be falling out of favour. Photo via Strata.

And for the few buildings that still choose to build pools, they have varying degrees of success. Many just don't see the traffic they were built for.