Toronto is about to lose a castle, but it's probably not the one you're thinking of.

This isn't the iconic Casa Loma, the Palace of Purification, or the lesser-known transformer castle on Yonge Street, but a private residence that may have been just a little too ambitious in its attempt to make an architectural statement. 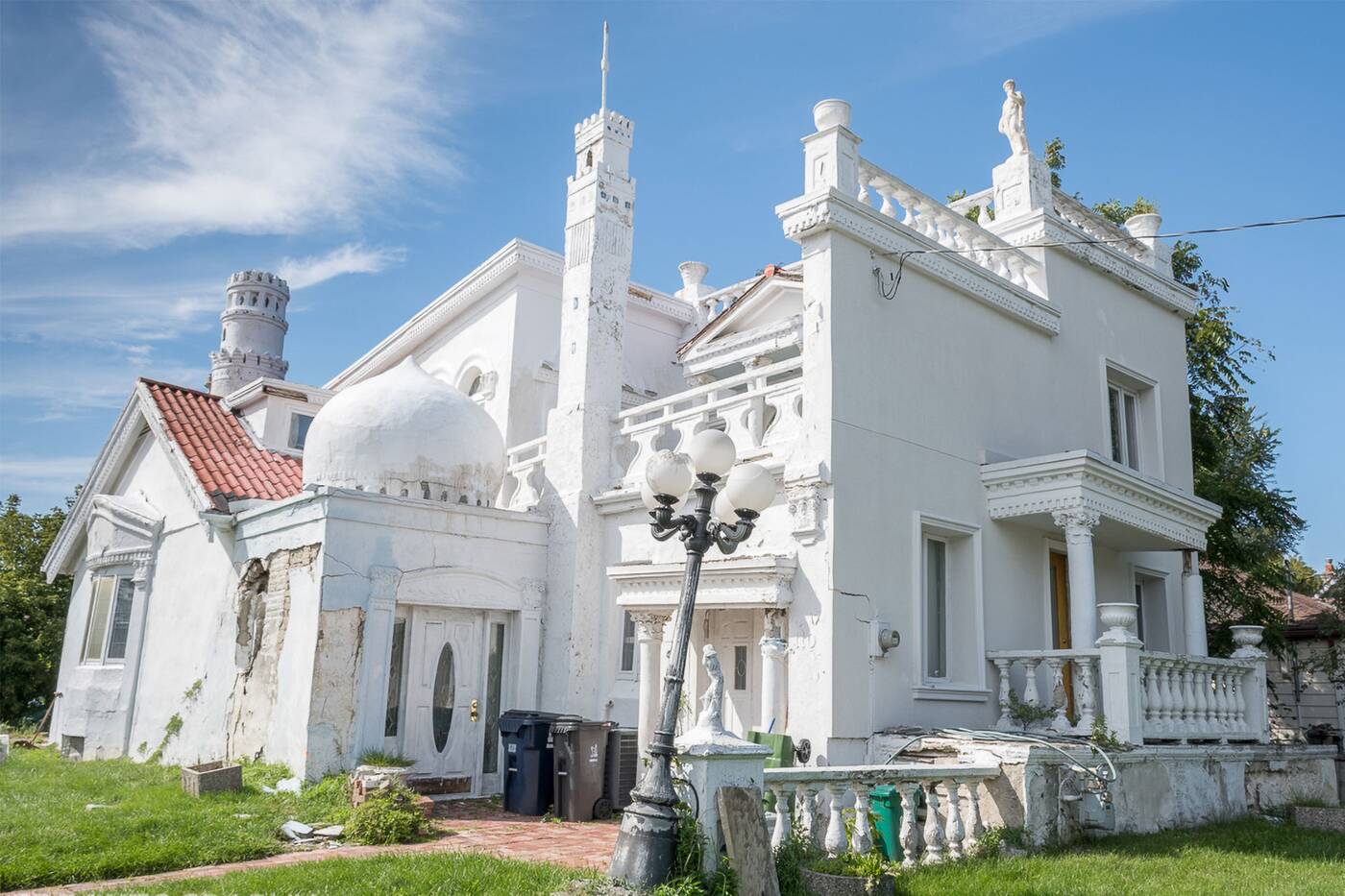 The "castle house" at 110 Maybourne, photographed shortly after its sale in 2018. Photo by FREAKTOGRAPHY.

A mish-mash of architectural styles with no real unifying aesthetic, the home at 110 Maybourne — near the Victoria Park and St. Clair intersection in Scarborough — known as "castle house," and sometimes the "Aladdin's Castle House," has baffled area residents for about a half-century now. 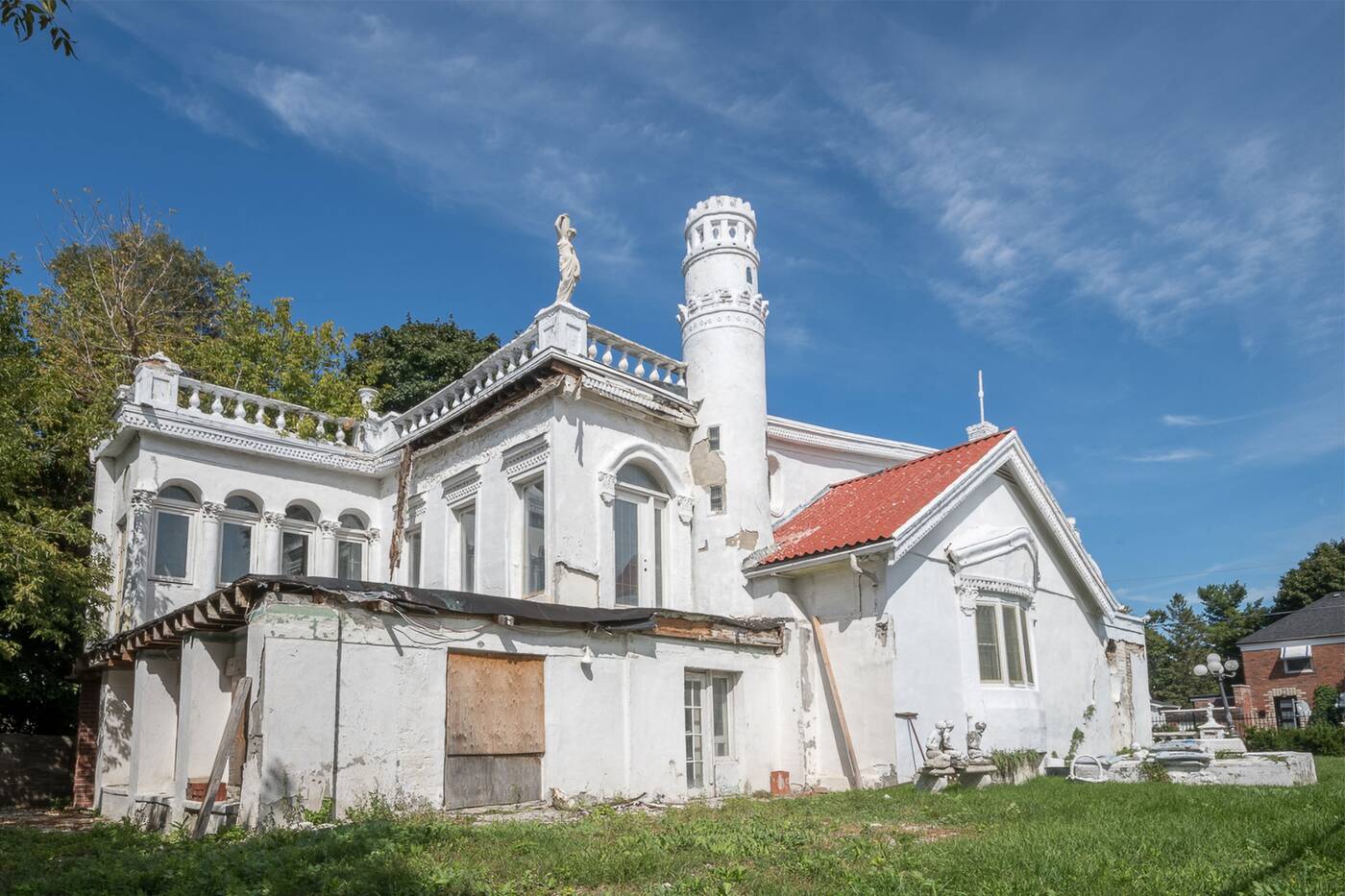 The house looks unlike anything else in the city, a mix of various styles. Photo by FREAKTOGRAPHY.

It was once just a squat little bungalow in a sleepy postwar neighbourhood, though from the 1970s onward, eccentric owner Max Heiduczek would expand his modest home with piecemeal additions.

Inspired by his world travels, Heiduczek transformed his nondescript house into a palatial oddity with an incongruous mix of turrets, minarets, columns, and statues. 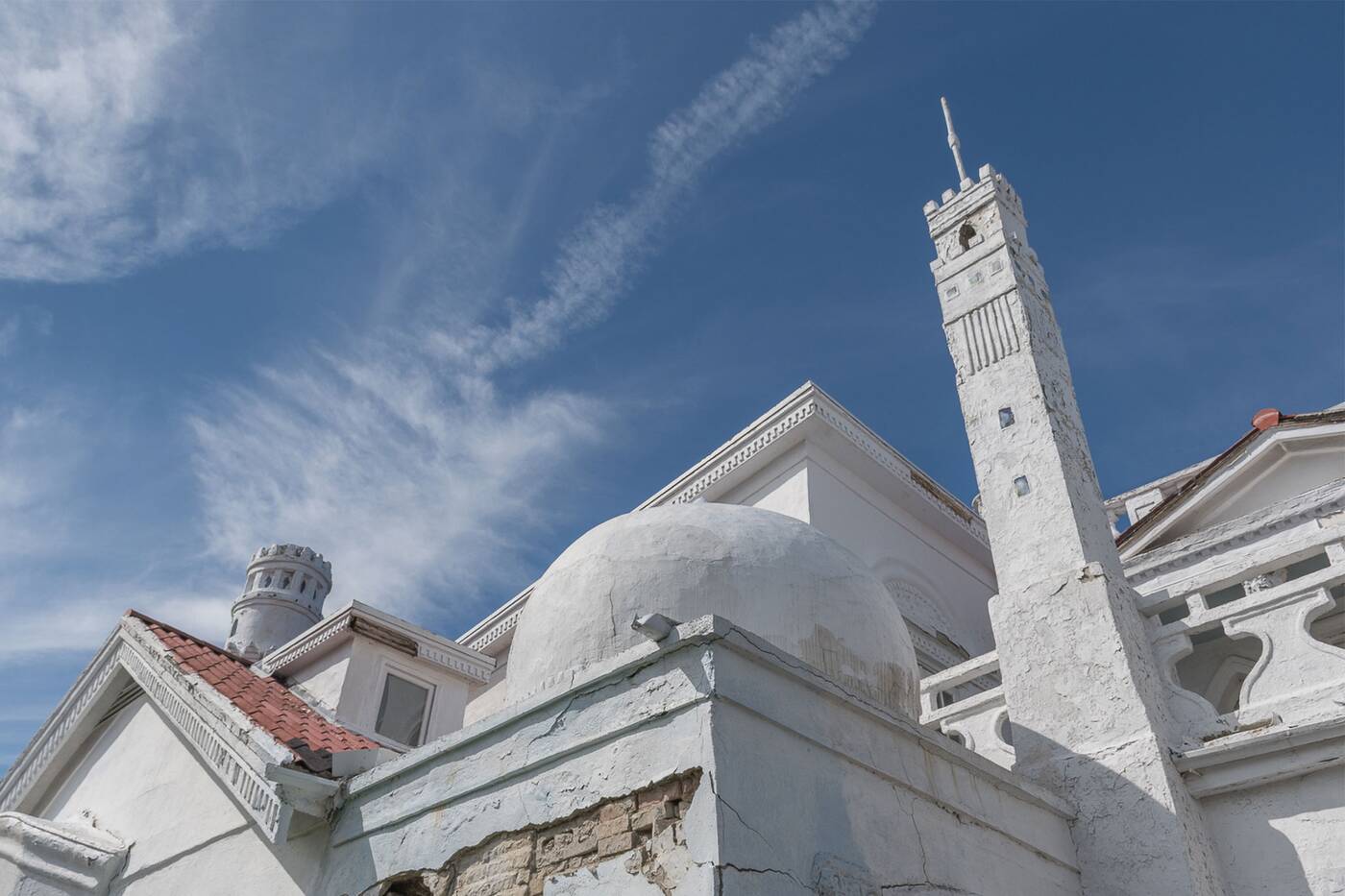 Distinct architectural features give the castle house its nickname. Photo by FREAKTOGRAPHY.

The job of maintaining the castle got trickier over the years, and Heiduczek was struggling with upkeep in his final years on the property. His health failing, Heiduczek moved into a retirement home and sold the bizarre 3,400-square-foot home for $760,000 in 2018, passing away later that year.

It has been reported that the new buyer intends to tear down Heiduczek's personal palace to clear the way for a large single-family home.

And while it's a fun mash-up of pastiches that would feel right at home in a theme park, the house's condition has been described as "crumbling," with demolition the only logical choice for the new owners. 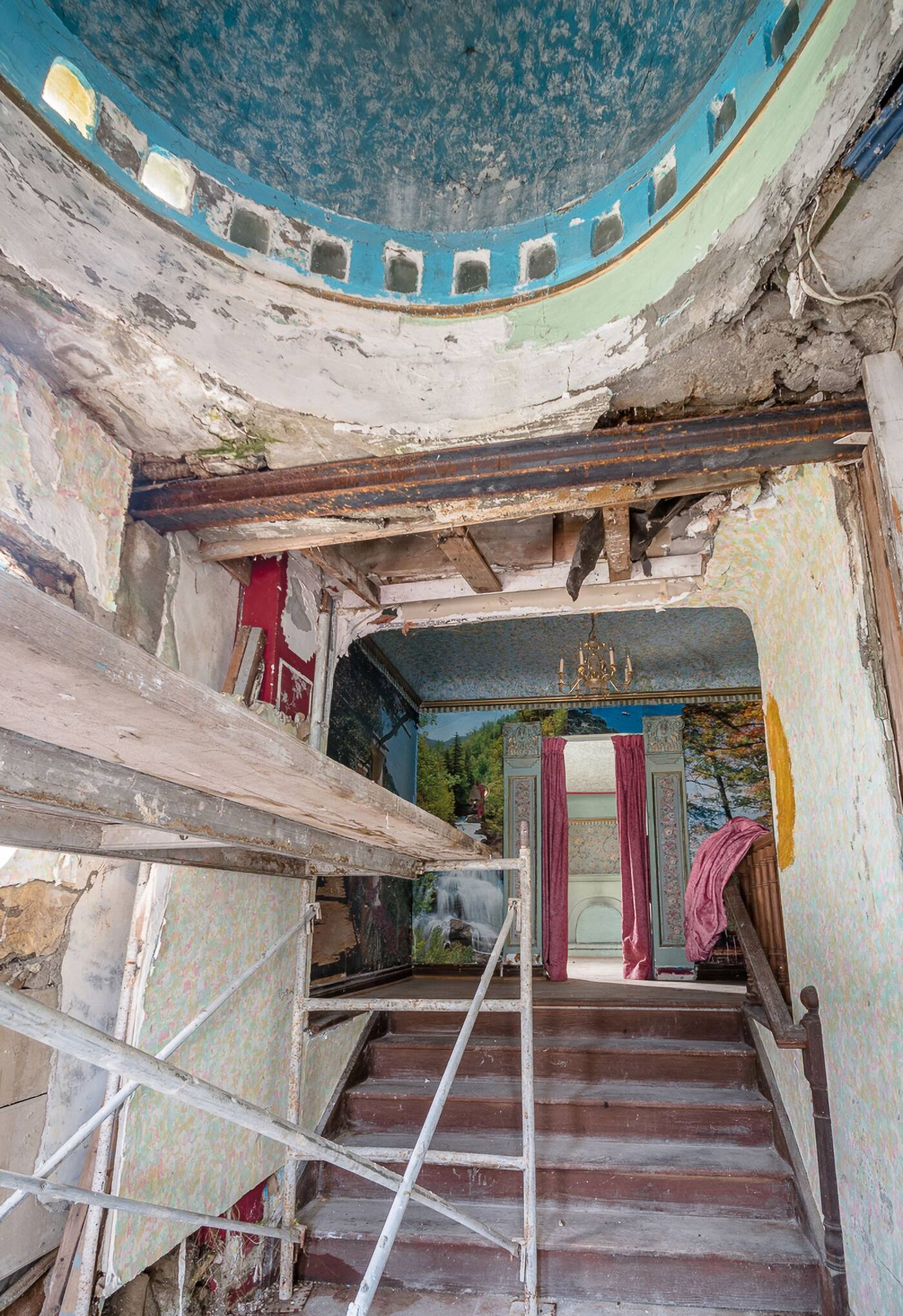 The interiors are in especially rough conditions after years of deterioration. Photo by FREAKTOGRAPHY.

Even if it were still in pristine condition, it wouldn't have been easy finding a buyer with the same eclectic taste as Heiduczek.

Instead, the home's unique appearance and deteriorating condition have created a magnet for urban explorers, though thrillseekers looking for an up-close look run the risk of trespassing charges. 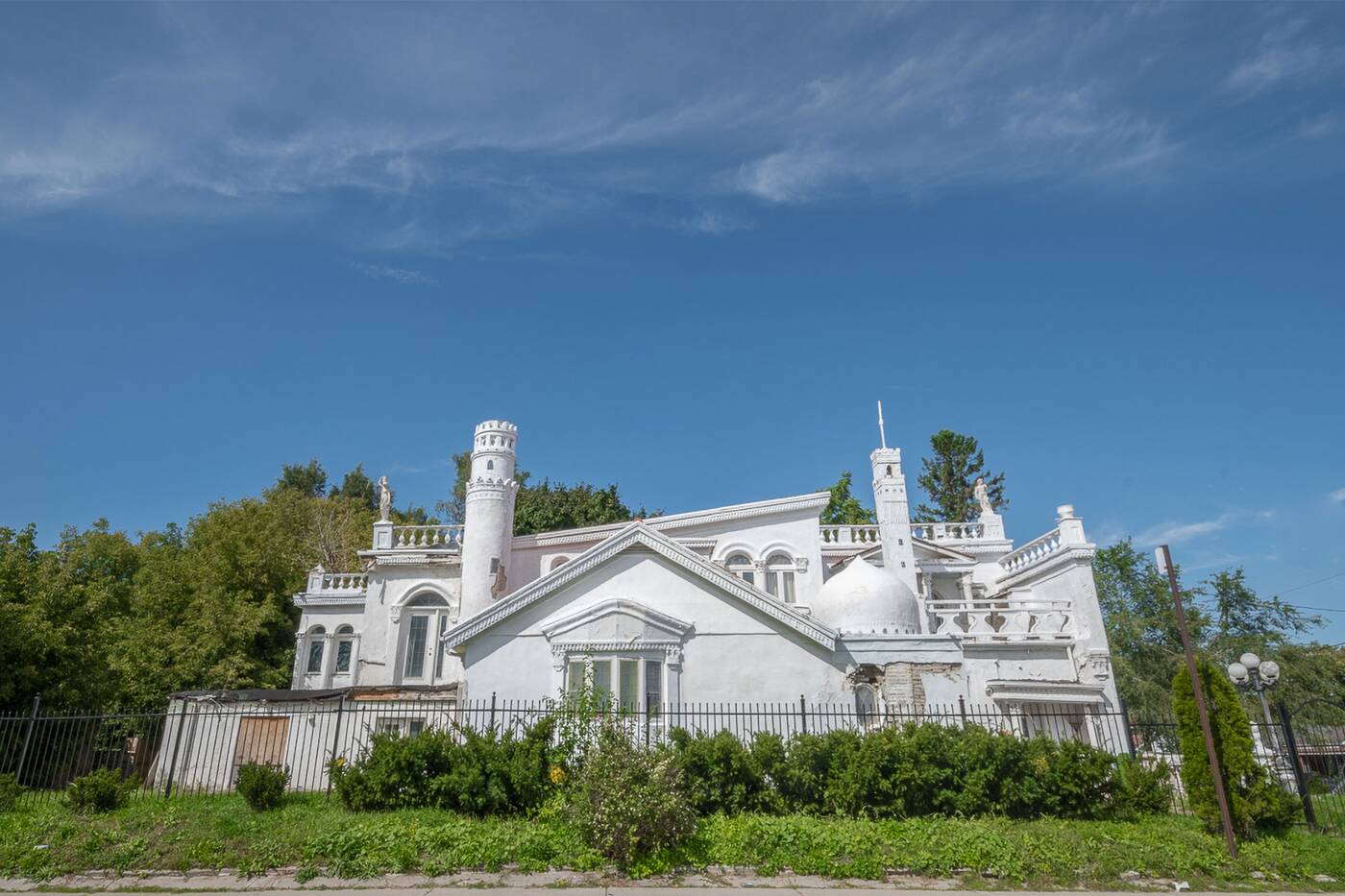 A fence and boarded doors guard the property against trespassing urban explorers. Photo by FREAKTOGRAPHY.

No demolition permit has yet been applied for, though the home's entrances have been boarded up since 2020 as this weird little bit of Toronto's lesser-known architectural history awaits its final fate.