Croft Street is one of those magical hidden Toronto gems that when you first discover it you feel like you've been transported into another world. 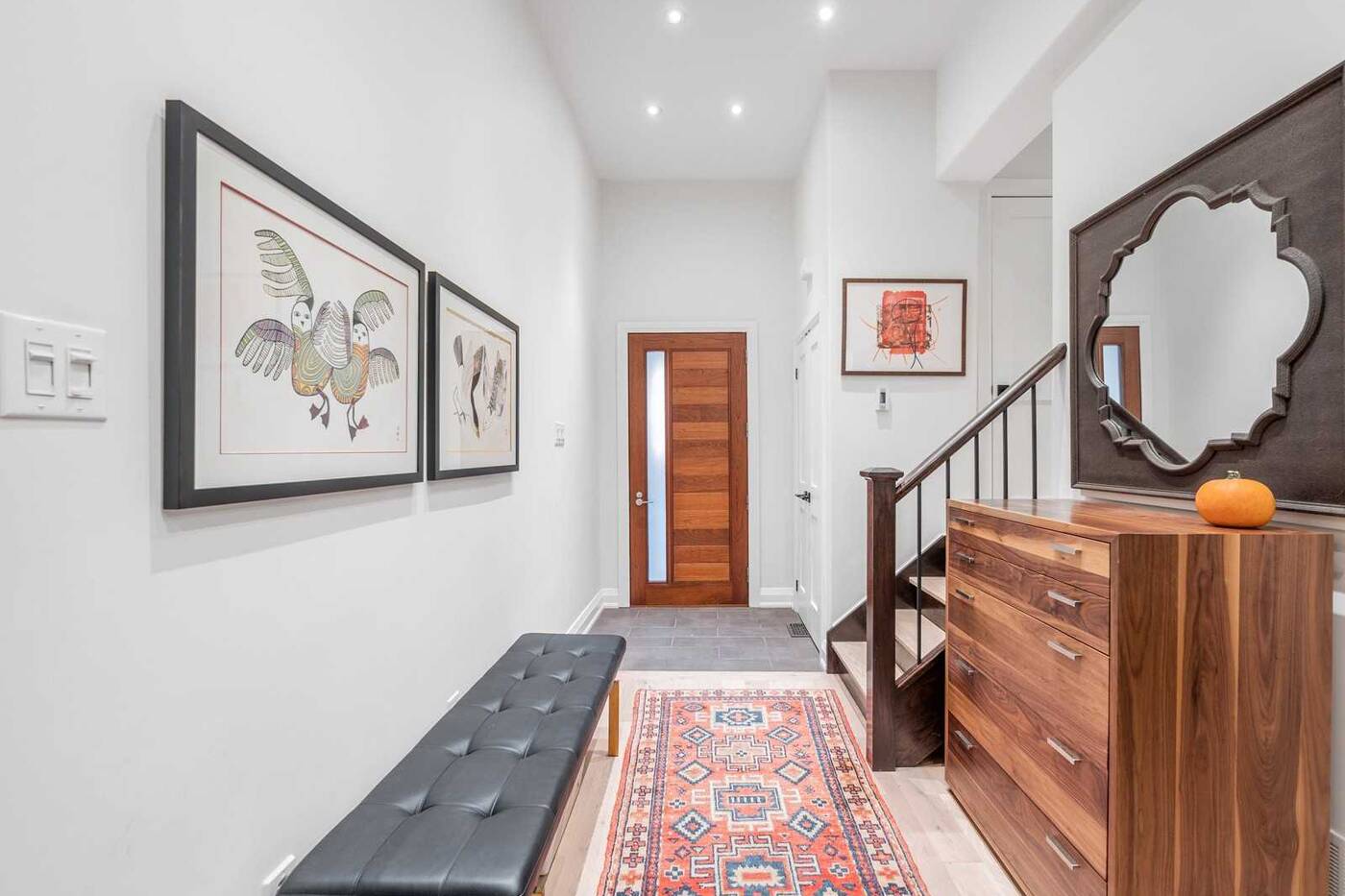 Just off College Street is this secluded urban laneway that's steeped in history. 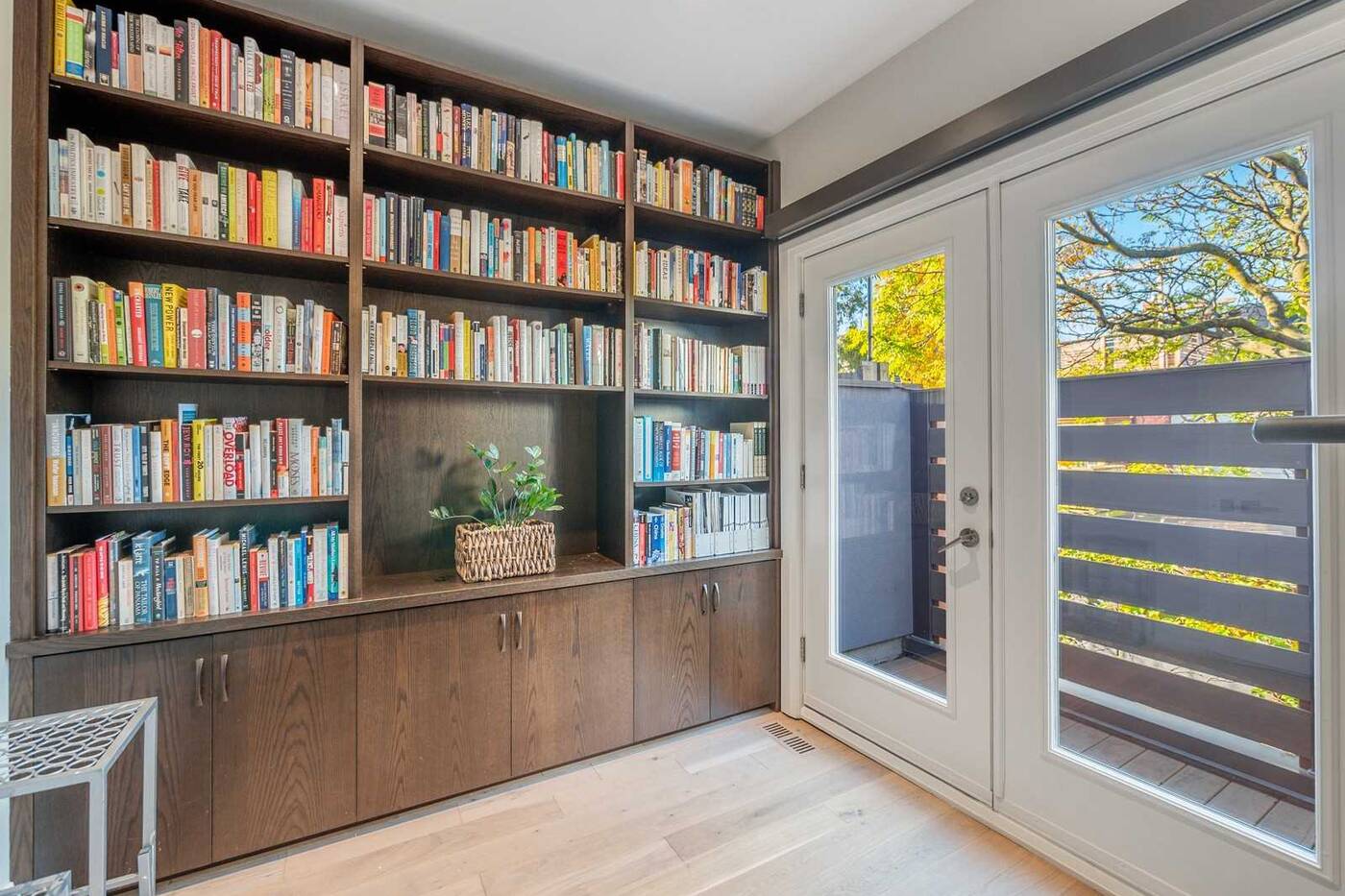 The den on the second level with a walk-out deck.

On the west side of the lane are five ivy-covered townhouses in what was the former Eastern Rug Cleaning building and originally a First World War munitions factory. 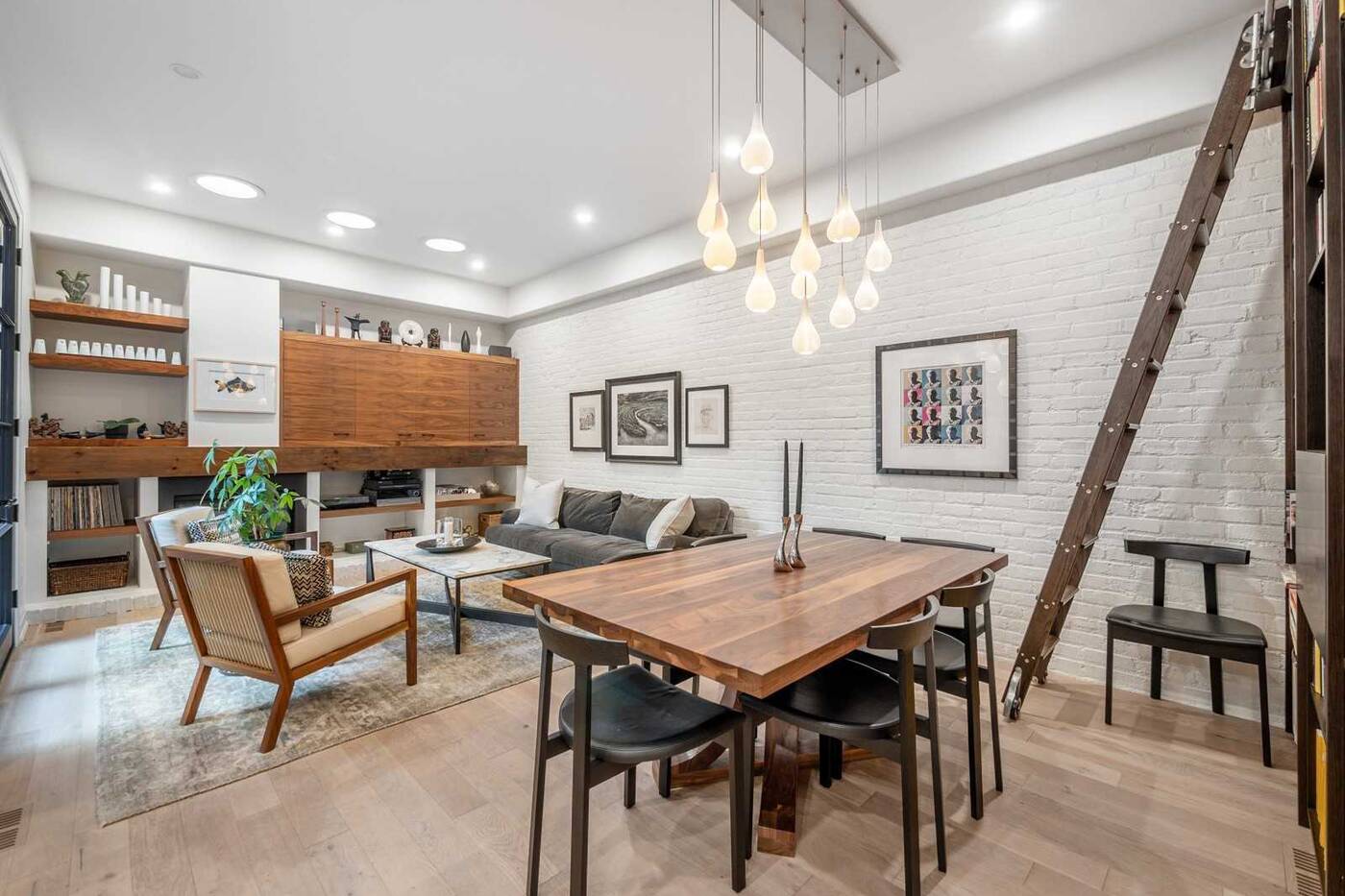 The living and dining area complete with built-in storage.

Even the name of the street has a story behind it. 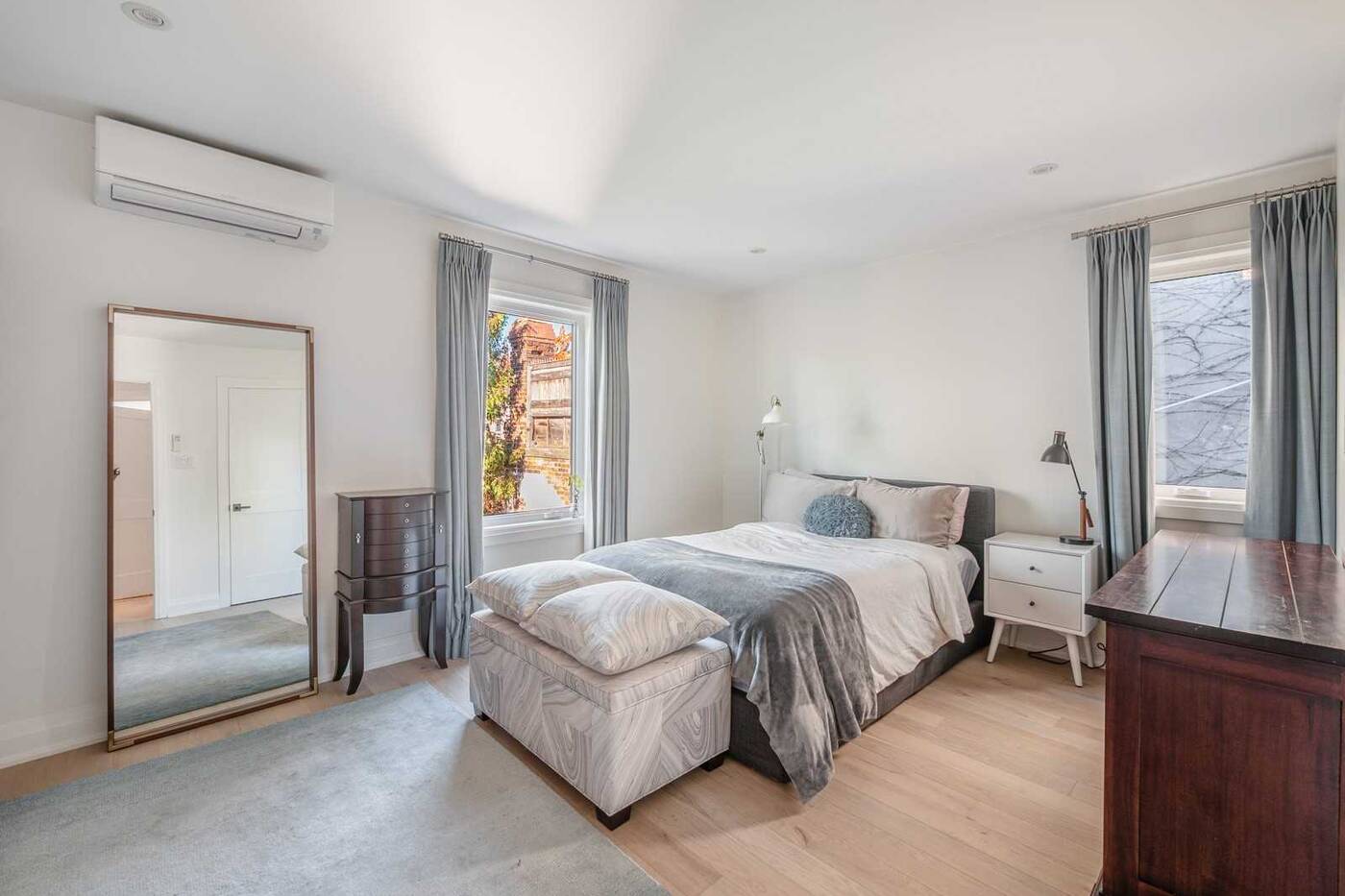 One of the bedrooms on the third floor.

It was once named Ulster Street but was renamed after a man who died checking a dynamite fuse in a building demolition – John Croft. 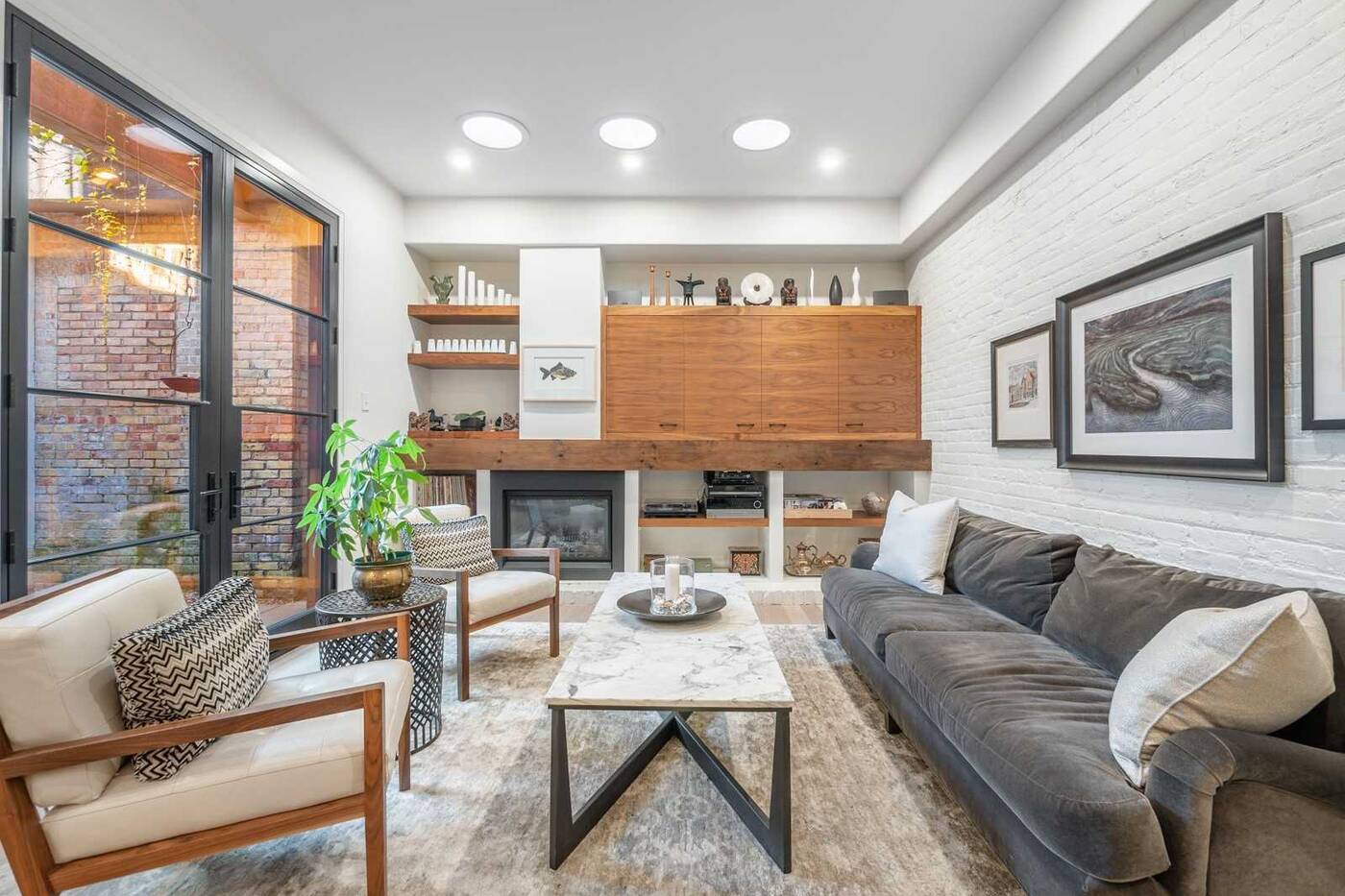 The living room has a gas fireplace and walks-out to the garden.

But apart from the urban history that makes Croft Street famous – it's also known for it's innovative architecture in laneway houses and 6 Croft Street is no exception. 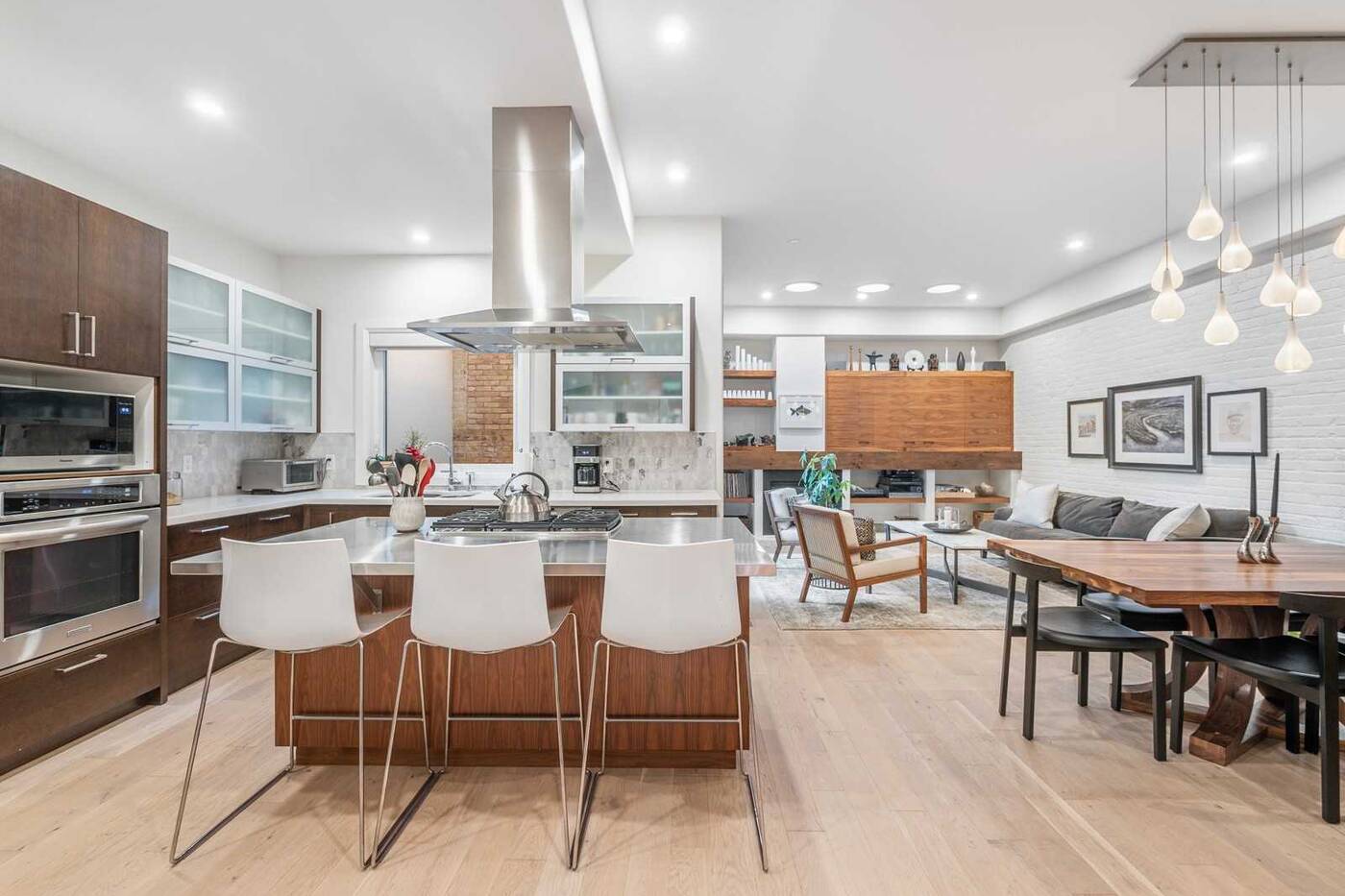 The three-bedroom, three-bathroom, three-storey home, listed for $2,149,900, was renovated in 2016 and features spacious living areas, tons of character and a quiet urban garden. 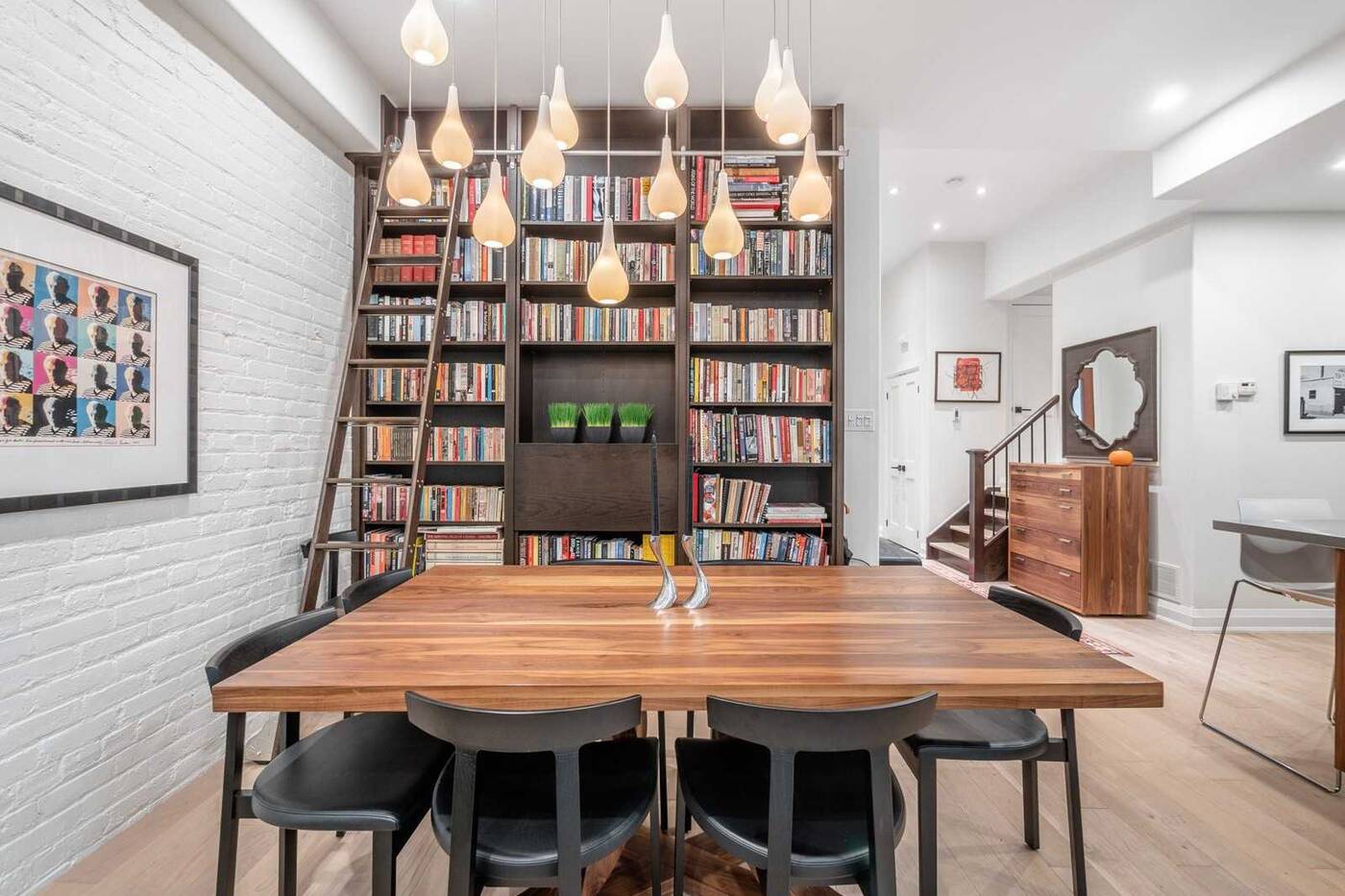 The exposed brickwall and bookcase in the dining room add character to the space.

The main floor has an open concept layout with the kitchen, living and dining area, complete with a book lovers dream of a floor-to-ceiling bookcase with the rolling ladder. 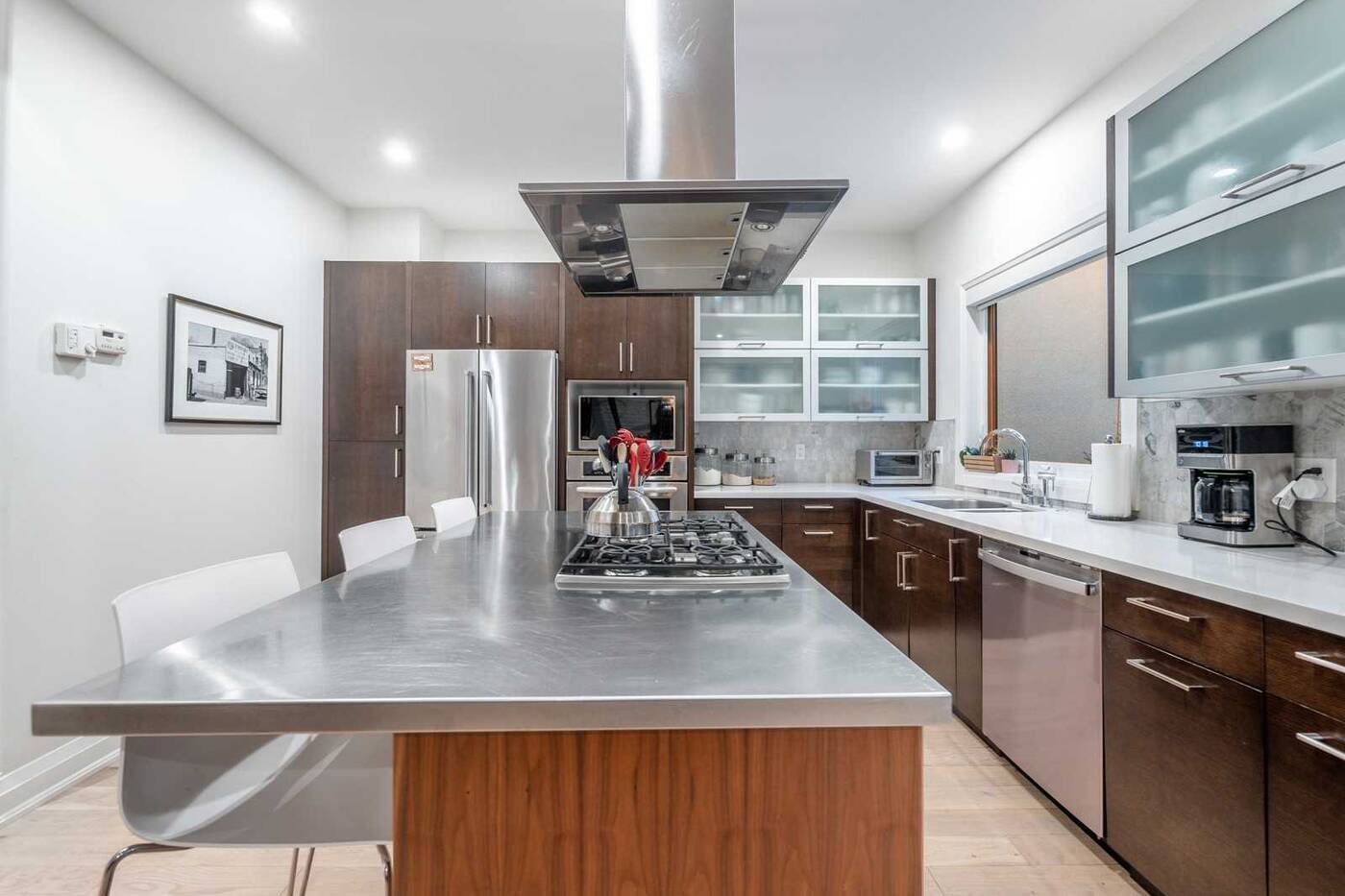 The chef's kitchen with a built-in stove, gas cooktop and dishwasher.

The kitchen is industrial with stainless steel counter tops and the living room walks out into the garden. 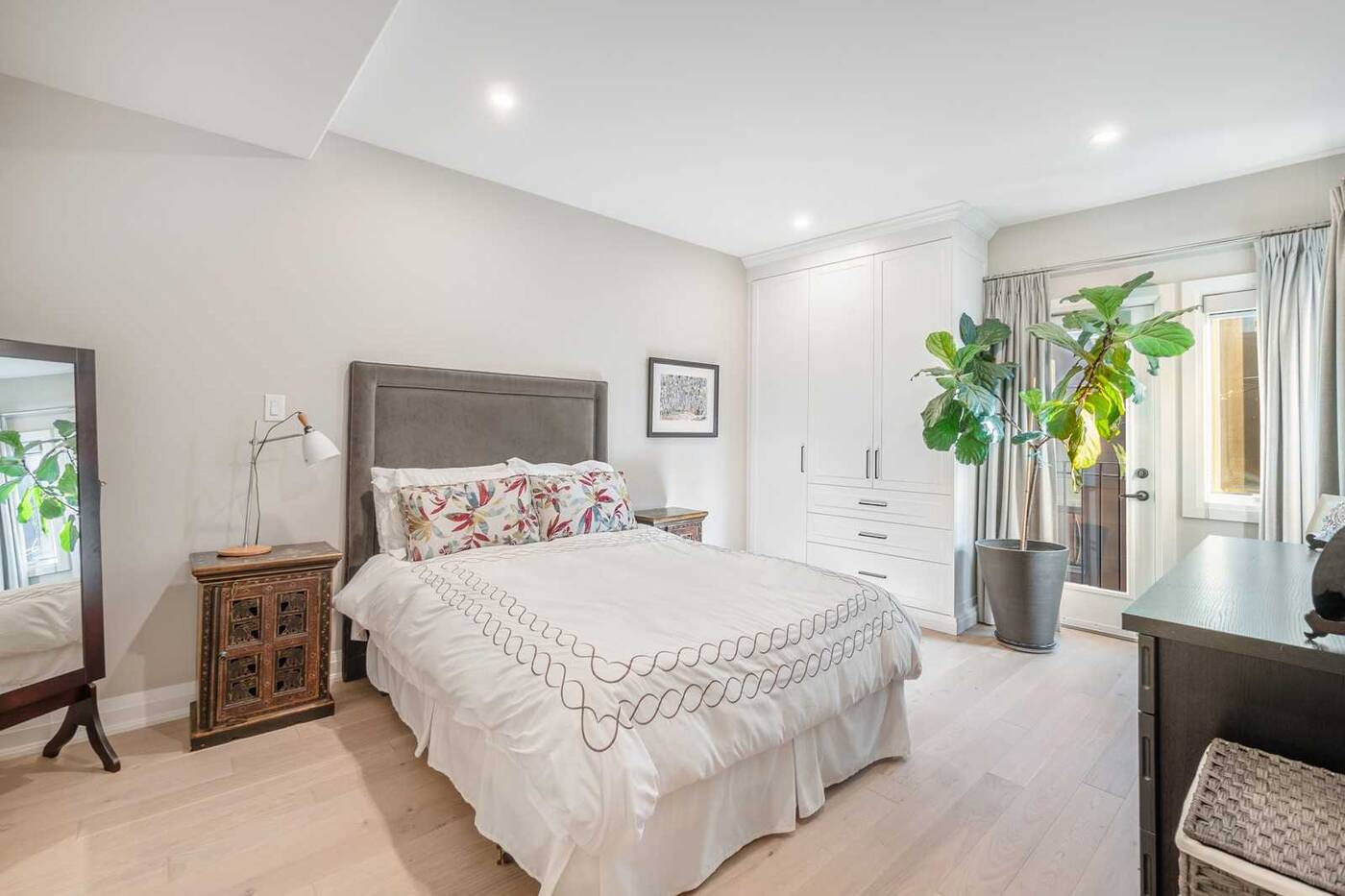 The second level of the home is where the primary bedroom is along with a den that walks out to a deck. 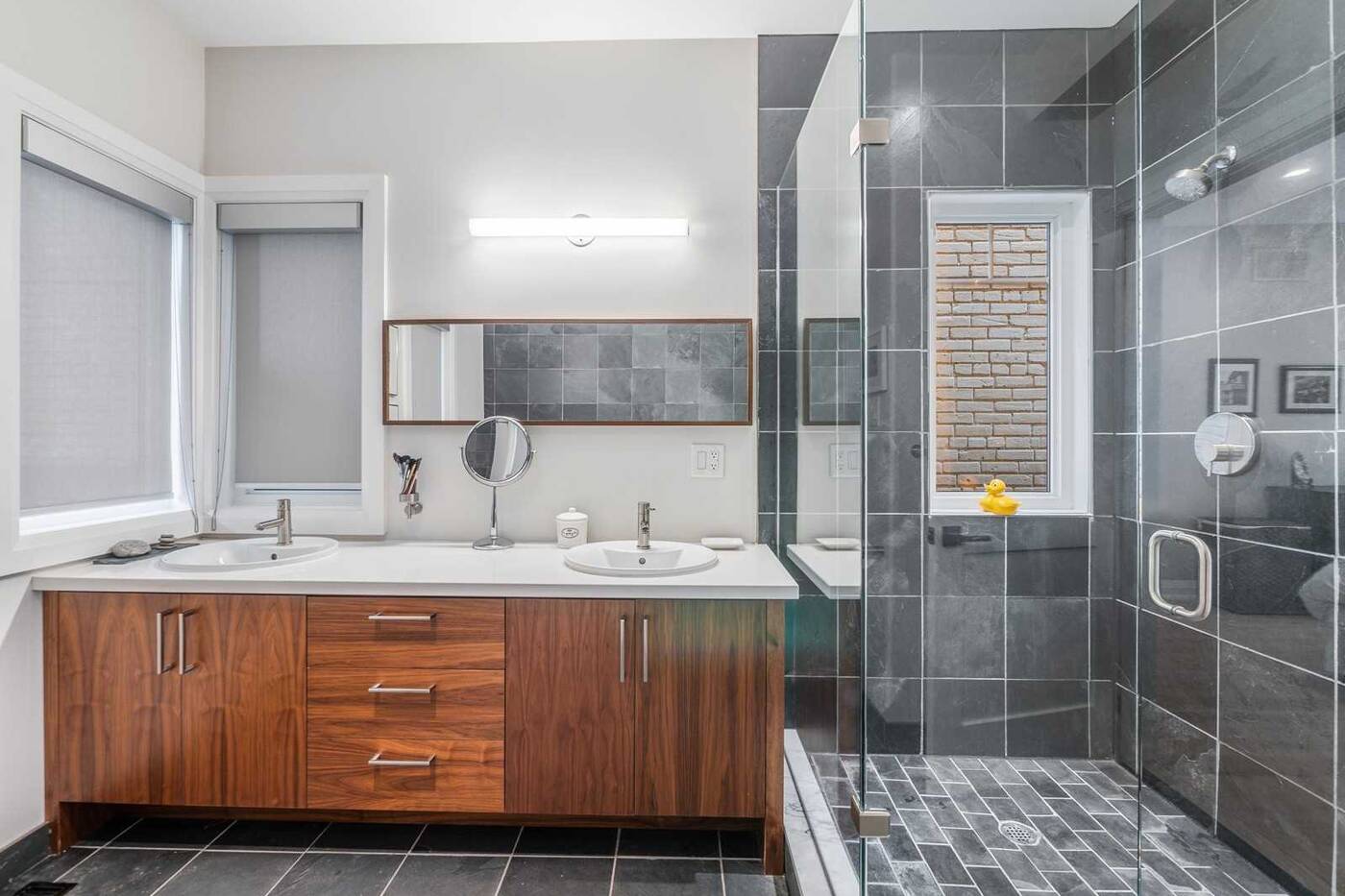 The third floor boasts the other two bedrooms and one bathroom. 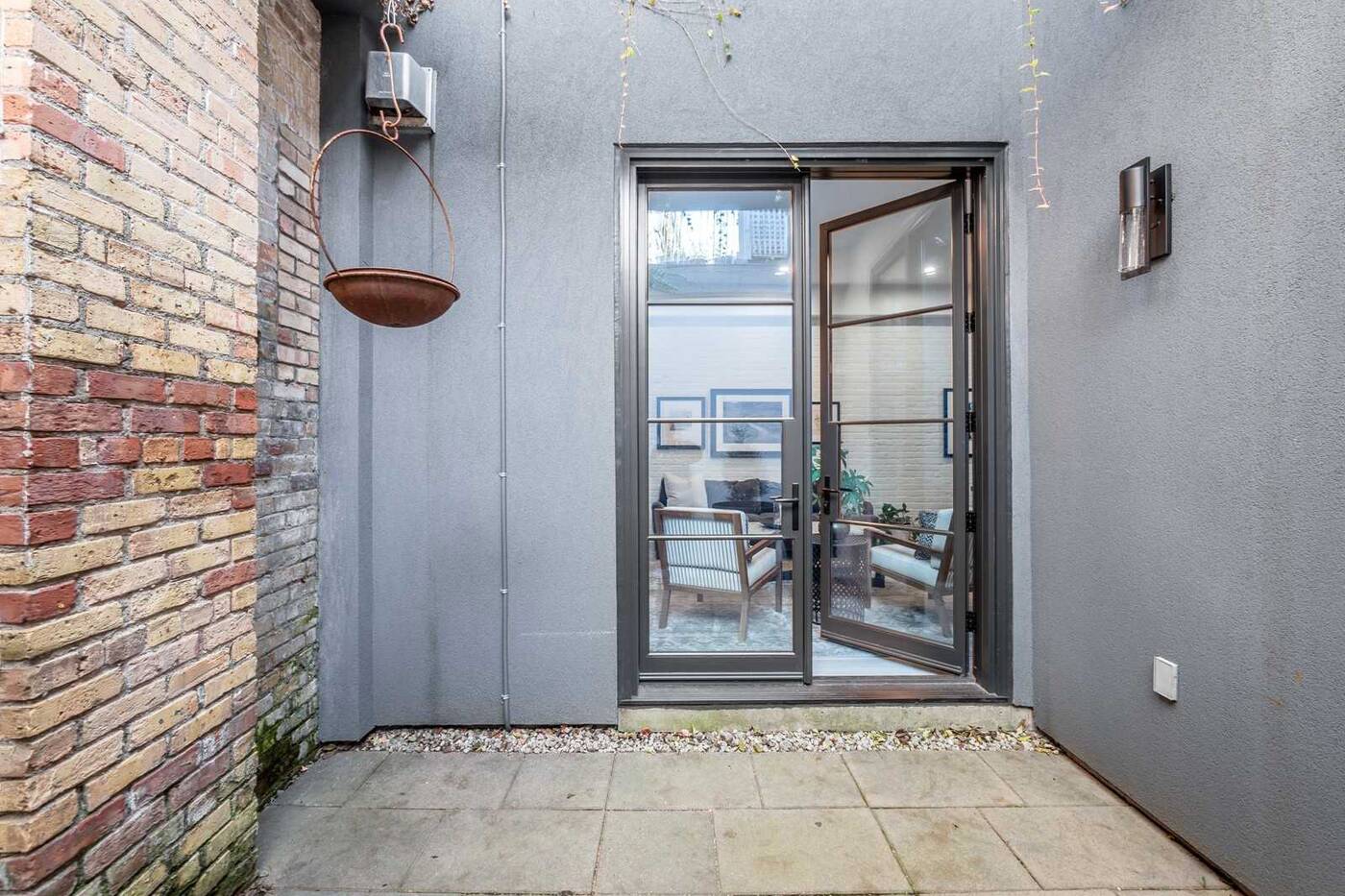 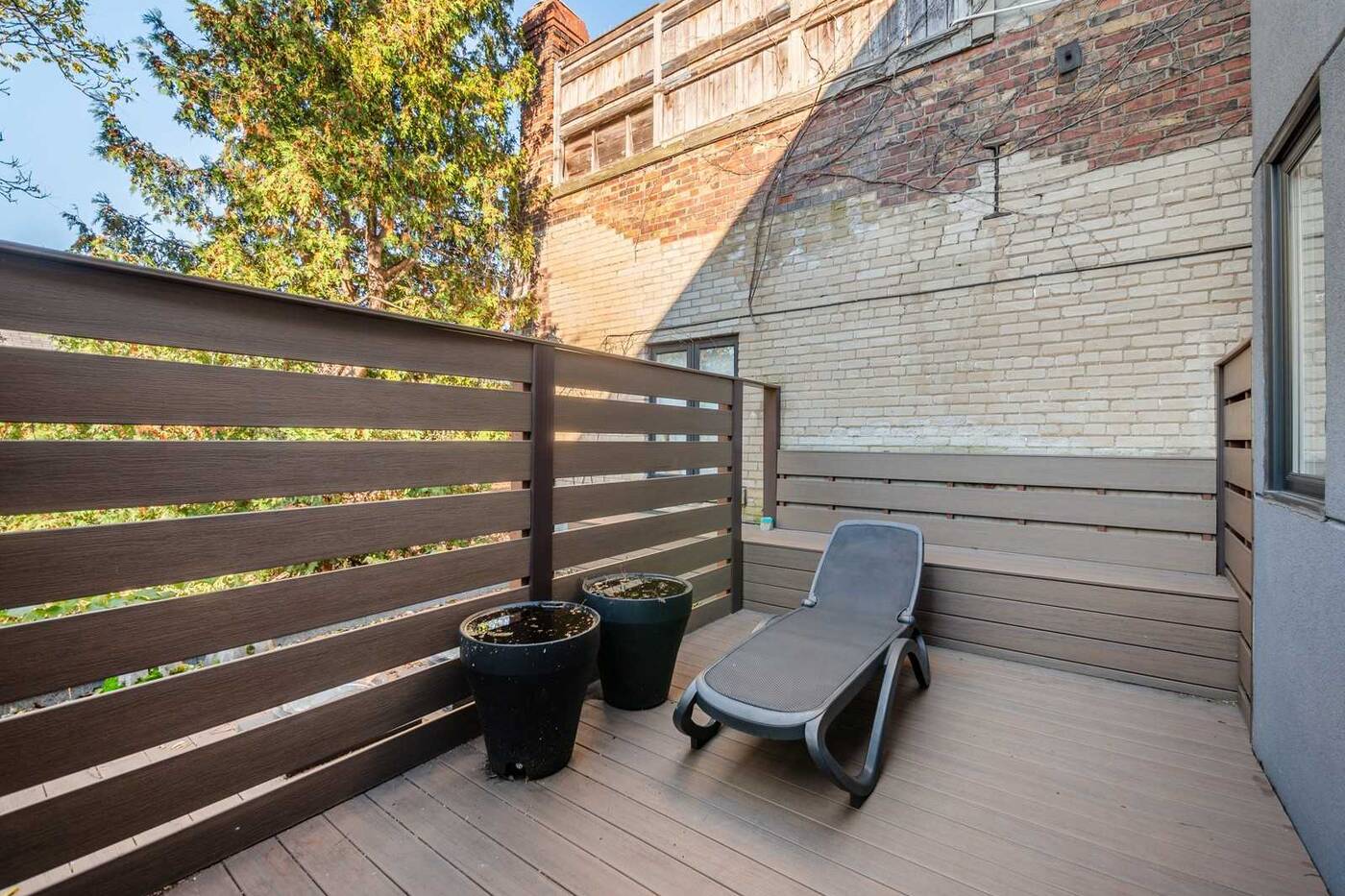 Not much has been done to the home since, except maybe some new paint, but even still this home will likely get snapped up quickly.