It was a rough week for the artists who lived and worked in a derelict warehouse building at Dupont and Ossington, a mass eviction priming the local landmark for its impending demise and redevelopment.

A new mixed-use development with commercial space, live/work units, and a mix of market and affordable rental apartments is proposed by developer TAS at 888 Dupont.

In the developer's crosshairs, the existing four-storey warehouse building is now a century old, originally a yarn-spinning factory, and later a broom factory employing blind veterans.

Replacing what currently exists, the Suulin Architects-designed 13-storey building would undoubtedly make its mark on the intersection and contribute over a dozen urgently-needed affordable units to the city along with a new publicly accessible outdoor space. 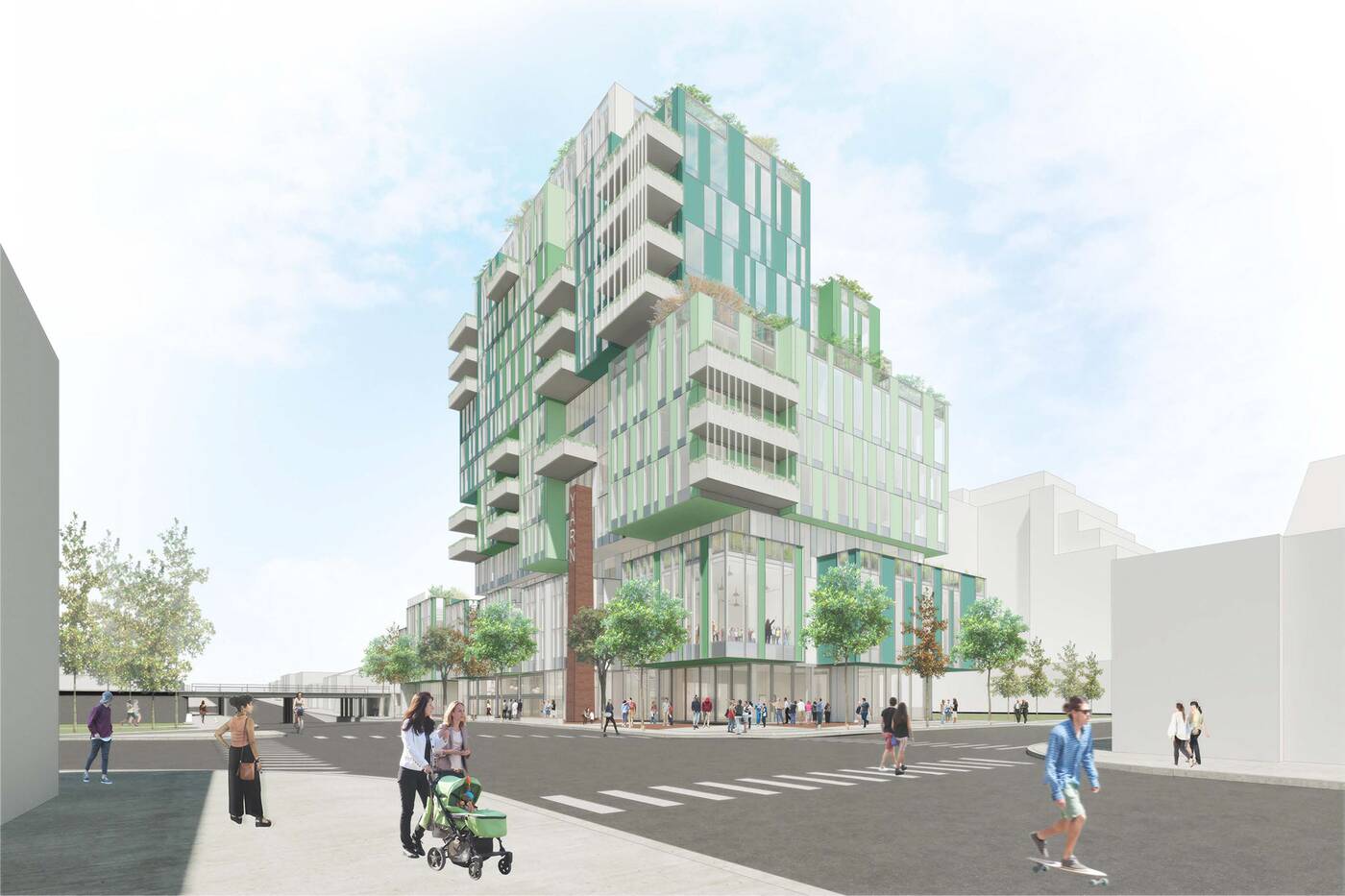 The proposed mixed-use development planned to replace the building at 888 Dupont. Rendering by Suulin Architects via submission to City of Toronto.

But even when a development contributes positively to a neighbourhood, there are always going to be casualties. In this case, the building provided a rare low-cost option to artists who are always trying to stay one step ahead of the gentrification they often catalyze.

Portrait and product photographer Lindsay Duncan is among those recently evicted from the building, telling blogTO, "I've been in the building just under three years. I know it's been an art space for decades, but I came in after TAS had purchased it. I was given notice, and there was a 90-day demolition clause which was in our lease."

Lost my studio this week to the creation of more condos. We do need more homes, but we need affordable homes - and we need spaces to make the work that breathes life into this city. I don’t hear enough discussion about accessible commercial real estate in TO @JohnTory https://t.co/4hqCex6jtE

Though the city has a policy where residents of rental buildings demolished for redevelopment must be provided replacement units, Duncan tells us that "these units have never been zoned as residential; they're technically commercial use only."

This lack of residential zoning left tenants like Duncan and live-in residents prone to displacement, as is now the case with their recent mass evictions.

It's part of a broader tale of gentrification that has been unfolding across artists' communities in Toronto for years. "I've had to move studios three times," says Duncan.

Artists working and residing in such warehouse/loft environments aren't afforded the same rights as residents of residentially-zoned buildings.

"One time, my old landlord increased the rent by 400 per cent."

For all the rent protections in place for residential buildings, Duncan asks why there is still no discussion on commercial rent caps and renters' rights for business owners in the city.

"For the last three and a half years, I've been working on a project photographing independent convenience stores in Toronto because they're going completely extinct. When the rent goes up, and their leases are up, owners want to take money from the next dispensary. It goes to the highest bidder, and that's never going to be artists or small businesses."

Frustration palpable in her voice, Duncan remarks that "there's absolutely no control over commercial real estate in this city."

In defence of the redevelopment, Duncan says, "I don't really blame the developer. The building is falling apart. It's not a building that could have been kept the way it way. It was dangerous and not fit for most people to be working in, and definitely not fit for people to be living in."

Duncan mentions just a few positive points about TAS, including a rent reduction offered to tenants of the building during the pandemic.

Local Councillor Mike Layton commented on the issue through Twitter, sharing his take that the evictions are "odd" considering the developer hasn't gained approval for the new building and that "there was no rush when the process started."

Odd, they don’t yet have approvals for the proposed building and there was no rush when the process started. We’ve been demanding more affordable units in the development, but sadly the city didn’t have powers in place to demand affordable units. We will keep fighting.

blogTO also reached out to Councillor Layton directly for his thoughts on the matter (exceeding 280 characters) though he has yet to address the request for comment.