Toronto's new condo building will also be a vertical farm

A development proposed for the site at 888 Dupont St. in Toronto will bring a whole new meaning to the term "mixed-use," with residential units, retail space, a rooftop restaurant and a "vertical farm" all in one building.

The mid-rise 13-storey tower — designed by Suulin Architects and proposed by developer TAS — would stand 55 metres tall in its Dupont and Ossington location.

The proposed building would have different shades of green covering its exterior, which is quite untraditional for this kind of property. 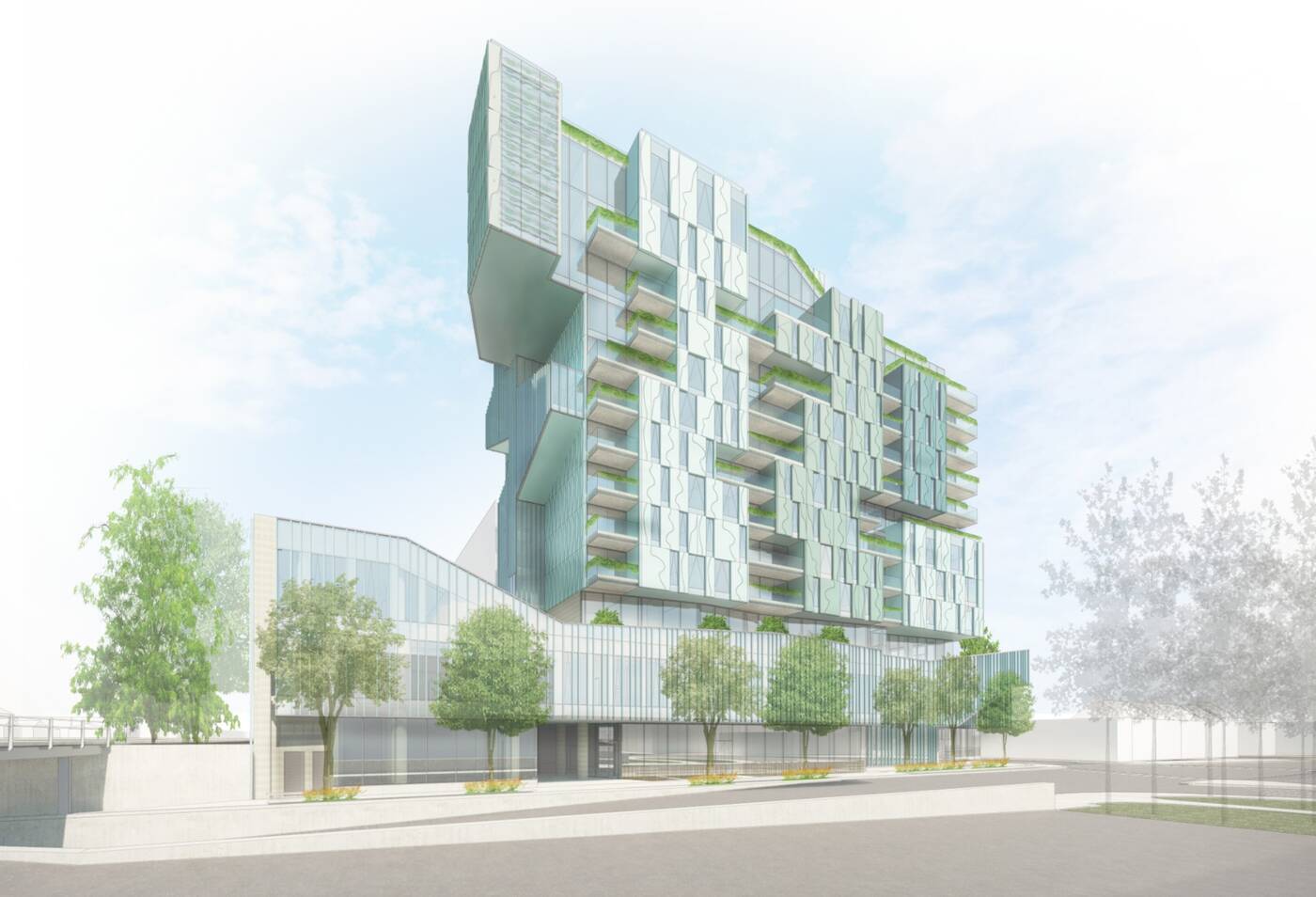 But that's precisely the point.

"We’re not trying to do the normal here," Suulin Architects principal James Chavel told The Globe and Mail.

The development would have 86 condominium units and 13 affordable rental units consisting of 36 one-bedrooms, 56 two-bedrooms and seven three-bedrooms. 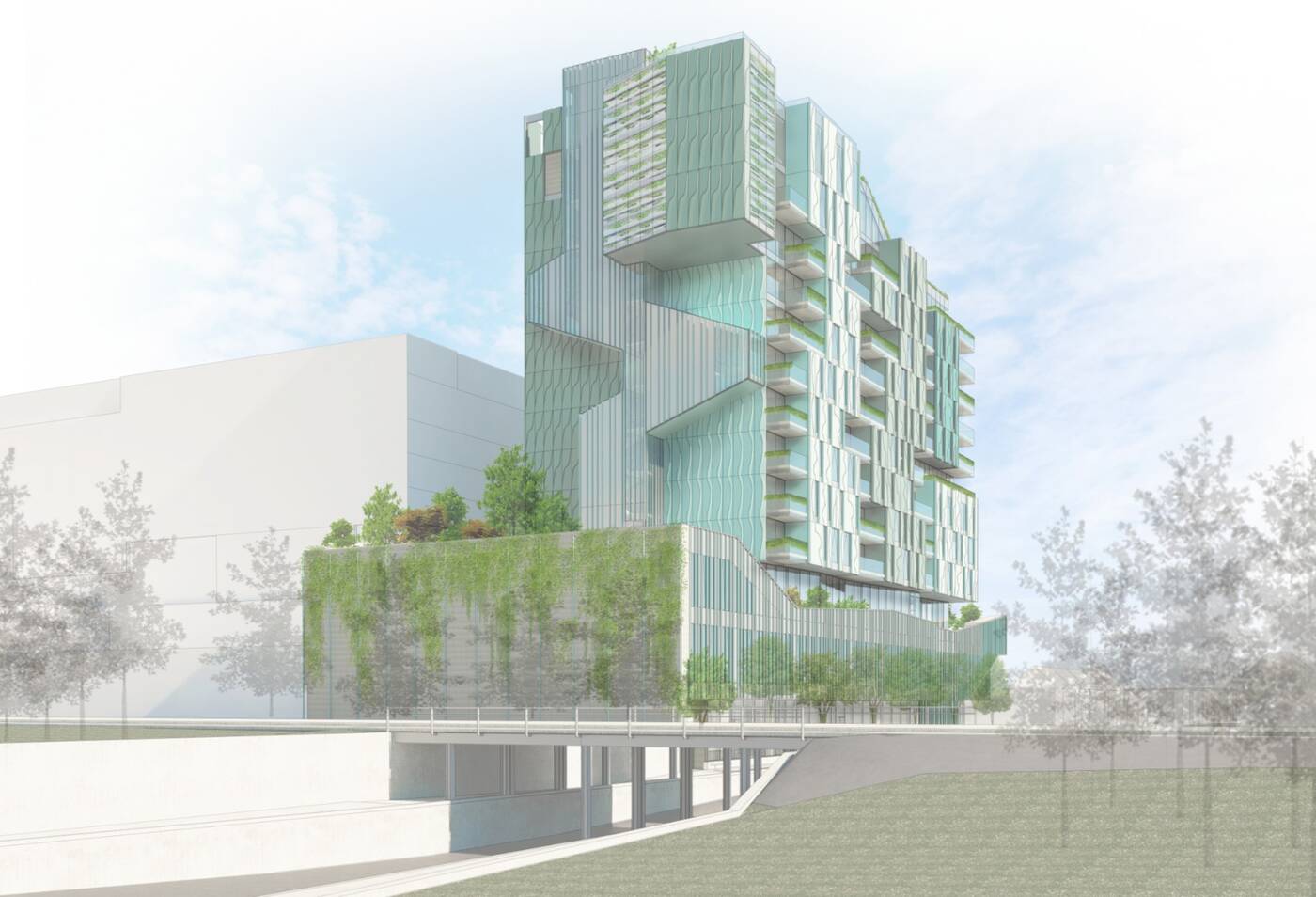 According to Urban Toronto, all the units are described as "residential live-work units," meaning residents would be encouraged to run their businesses from within their homes.

The development would replace an old loft that currently stands in this location which is already home to many artists and makers, according to Globe and Mail architecture critic Alex Bozikovic.

"For decades, 888 Dupont has been a creative hub for artists," the TAS website states. "This site is currently home to nearly 40 commercial tenants — a mix of photographers, fashion designers & jewellers." 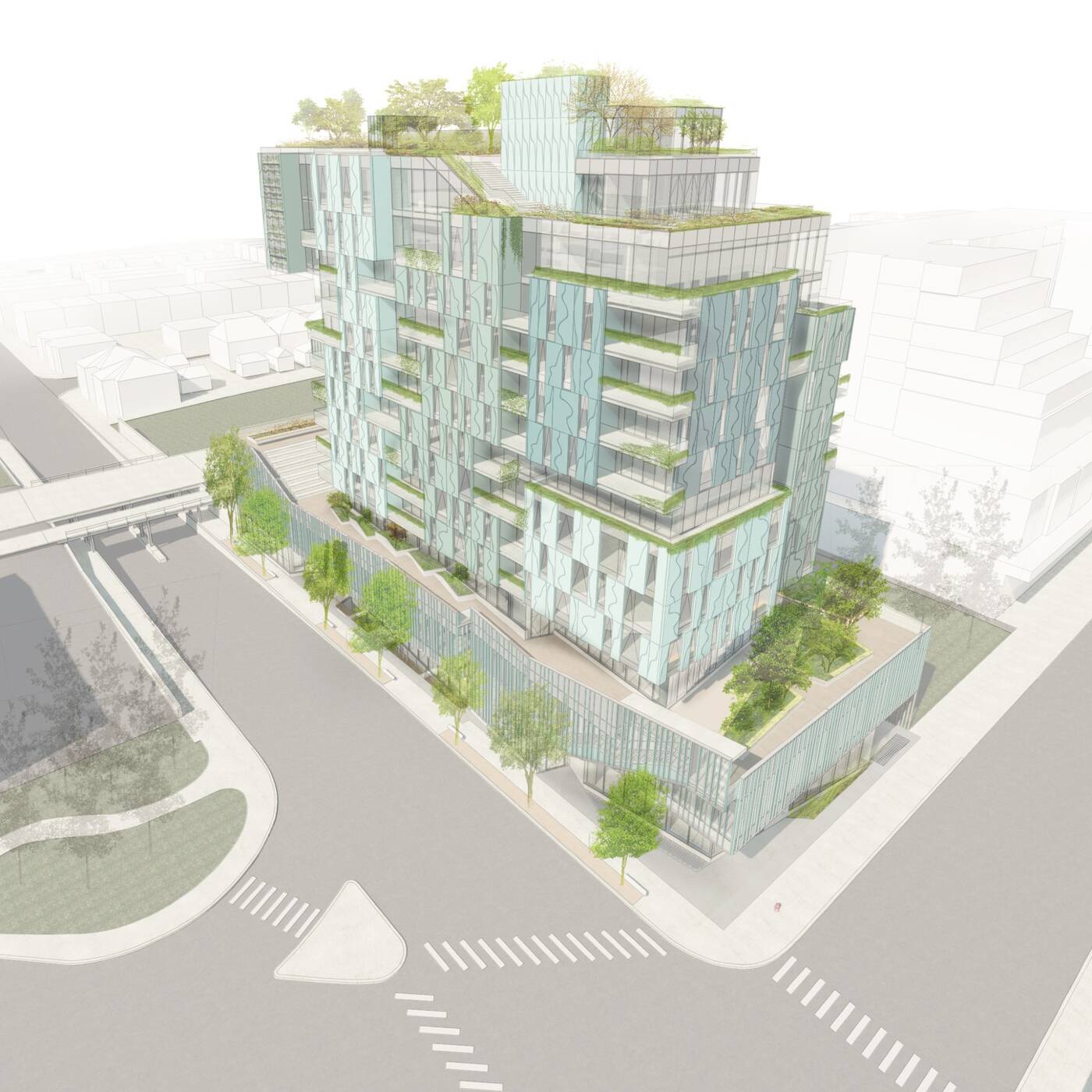 Aerial view of the proposed development

Fifteen per cent of the building would be reserved for retail spaces spread out between the basement, the ground floor and the third floor, while the "vertical farm" would be located at the back of the tower.

A significant amount of office space is also proposed for the building as well as a small commercial industrial space.

In line with the green aesthetic of the building, the proposal also calls for significant outdoor amenity space as well as 146 bicycle parking spots and 94 parking spaces.