It's becoming harder and harder to justify low-density buildings on main streets in Toronto, the city's unquenchable demand for housing shaking up the look and feel of many neighbourhoods.

The Leaside neighbourhood could soon look a lot different. A plan is in the works to redevelop over a dozen two-storey semi-detached homes at 1720 Bayview Avenue — just south of Eglinton Avenue East — with a new luxury condominium building that would dwarf its surroundings.

Launching as Leaside Common, the new project intends to bring a nine-storey mid-rise to the west side of Bayview, a horizontally monolithic building that would stretch over 100 metres from end to end.

Though monumental in its length, a design from architects BDP Quadrangle would help to break the building up into two sections.

Finished in dual-tone bricks, these two matching volumes would be divided by a central expanse of glass. The brick finishes have been designed to evoke the feel of a moving accordion.

"You don't see a lot of brick in the city used in this way. The façade has movement and a unique texture that makes the building feel luxurious. It's akin to a woven blanket that welcomes you in," says Heather Rolleston, Principal and Design Director at BDP Quadrangle.

Behind the walls of this glazed "reveal" section, residents would be treated to a concept space known as The Nest, a series of shared open spaces linking the two halves of the building with community hub amenities. 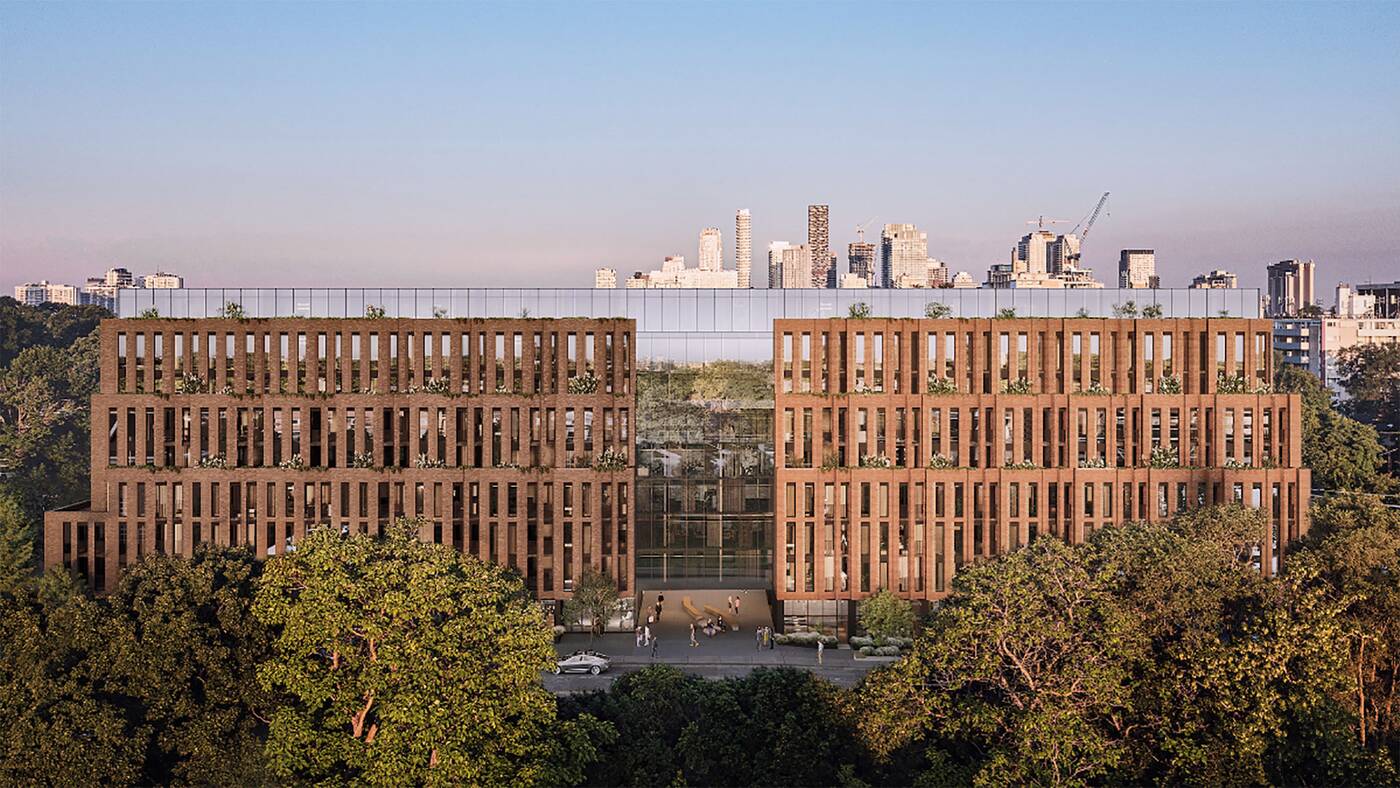 Developed by Gairloch Developments in partnership with Harlo Capital, the project offers 198 units ranging from studios to three-bedroom penthouse suites, including ten townhomes. While most new condominium developments are packing in the studios and one-bedrooms to maximize their profit margins, the developers appear to be taking the boutique, family-geared approach with their unit mix.

Gairloch Founder and President Bill Gairdner has a personal stake in the building's presence in the area being a former Leaside resident himself.

"After having lived in the Leaside-Bennington neighbourhood, my admiration and understanding for the community has only grown. It's been an honour and a privilege to have the opportunity to develop two mid-rise developments on the same street in such a great neighbourhood," says Gairdner.

"I believe that this project embraces the exciting changes that are coming to this node of the city with a building design that will hopefully stand the test of time." 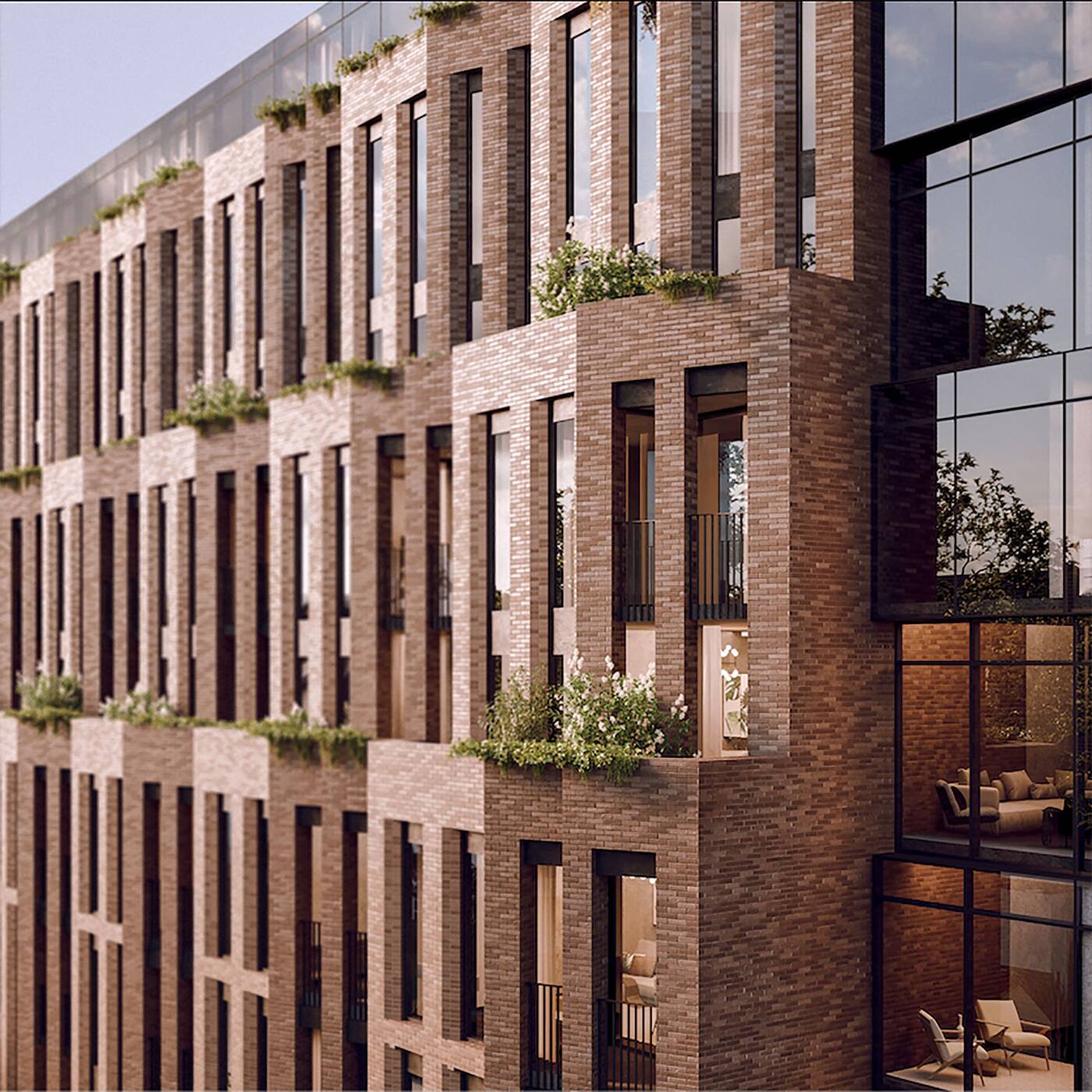 These units are set to boast a range of interior features, with spaces designed by Sixteen Degree Studio.

"We tried to put ourselves in the many different shoes of the purchasers of Leaside Common, pulling from our client experience and single-family home designs. Our goal was to ensure a design aesthetic that will feel current for many years to come," says Stephanie Vermeulen, co-founder and principal at Sixteen Degree Studio.

Sweeping views of midtown and downtown Toronto from large balconies and terraces will be another selling point for Leaside Common, though buying into such a sought-after neighbourhood will likely come with a hefty price tag.

Suites at Gairloch's nearby 1414 Bayview development went up for sale with prices ranging from the mid-$600,000s to upwards of $1.95 million, and housing prices have only climbed higher in the time since that project launched.