Toronto's Spadina and Richmond intersection could soon look a whole lot different, a new development plan aiming to erase the building at the northeast corner and replace it with a 25-storey condominium tower.

Developer Hullmark announced their closing on the property at 147 Spadina Avenue in January. Since then, things have moved quickly, the developer signing on architects Audax to design a tower for the site, and working through meetings with local groups to refine a plan.

A page for the project reveals a development application was filed on Thursday, filled with details about the new tower. The biggest takeaway is the ask to bring 223 new condominium units to the already densely populated area.

The existing building, constructed in 1936, would be razed to make way for this new development. A heritage report prepared on behalf of the developer states that the building was initially designed in Art Deco style. However, years of modifications have erased much of its original look. 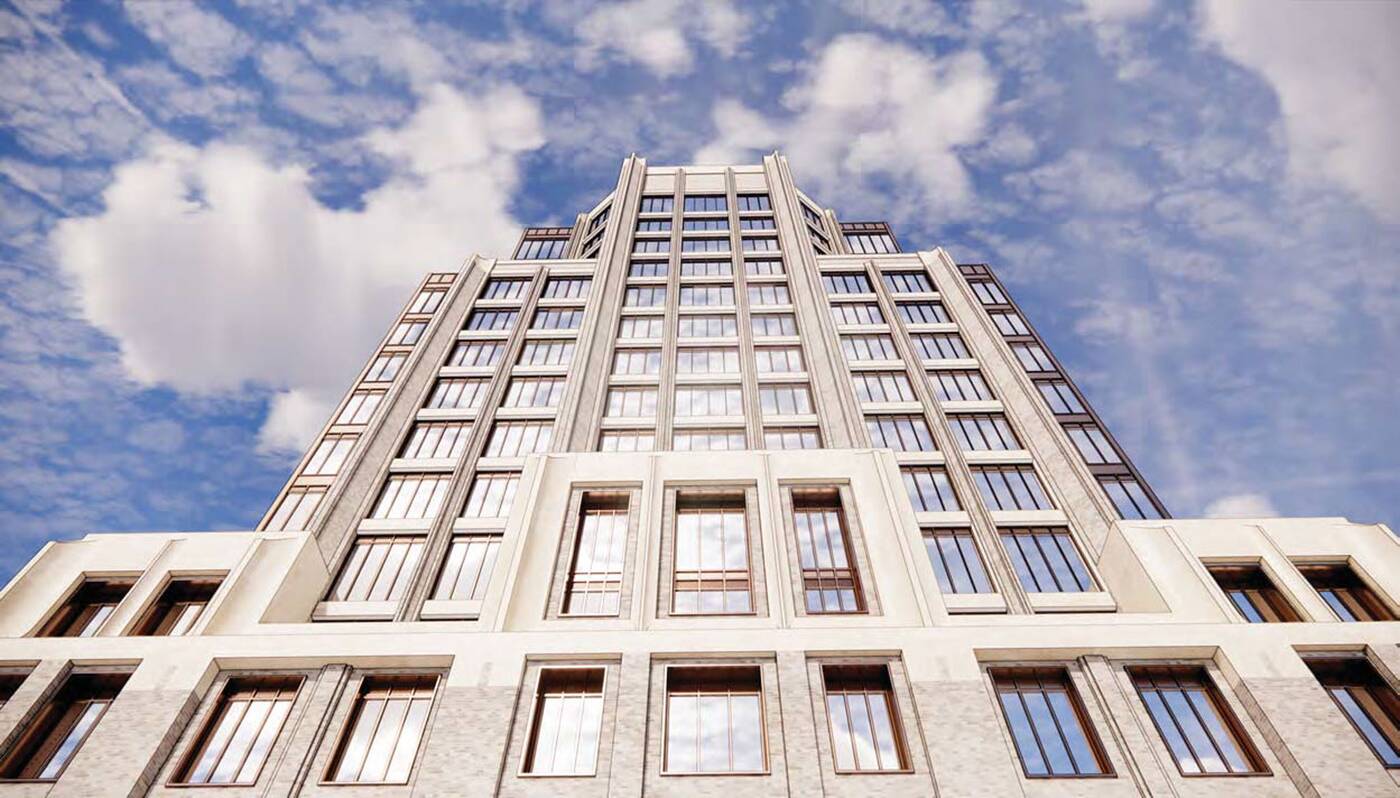 Looking up from the base of the proposed development at 147 Spadina Avenue.

A few businesses occupy the redevelopment site, and the two owners we spoke to are showing a mix of reactions learning that the building is now on the chopping block.

Pasquale Belsito of Fusaro's Italian Kitchen tells blogTO, "we were informed of the intentions to redevelop the building when Hullmark introduced themselves to us. No timetable was given to us but it was assumed that it wouldn't be for a couple of years." 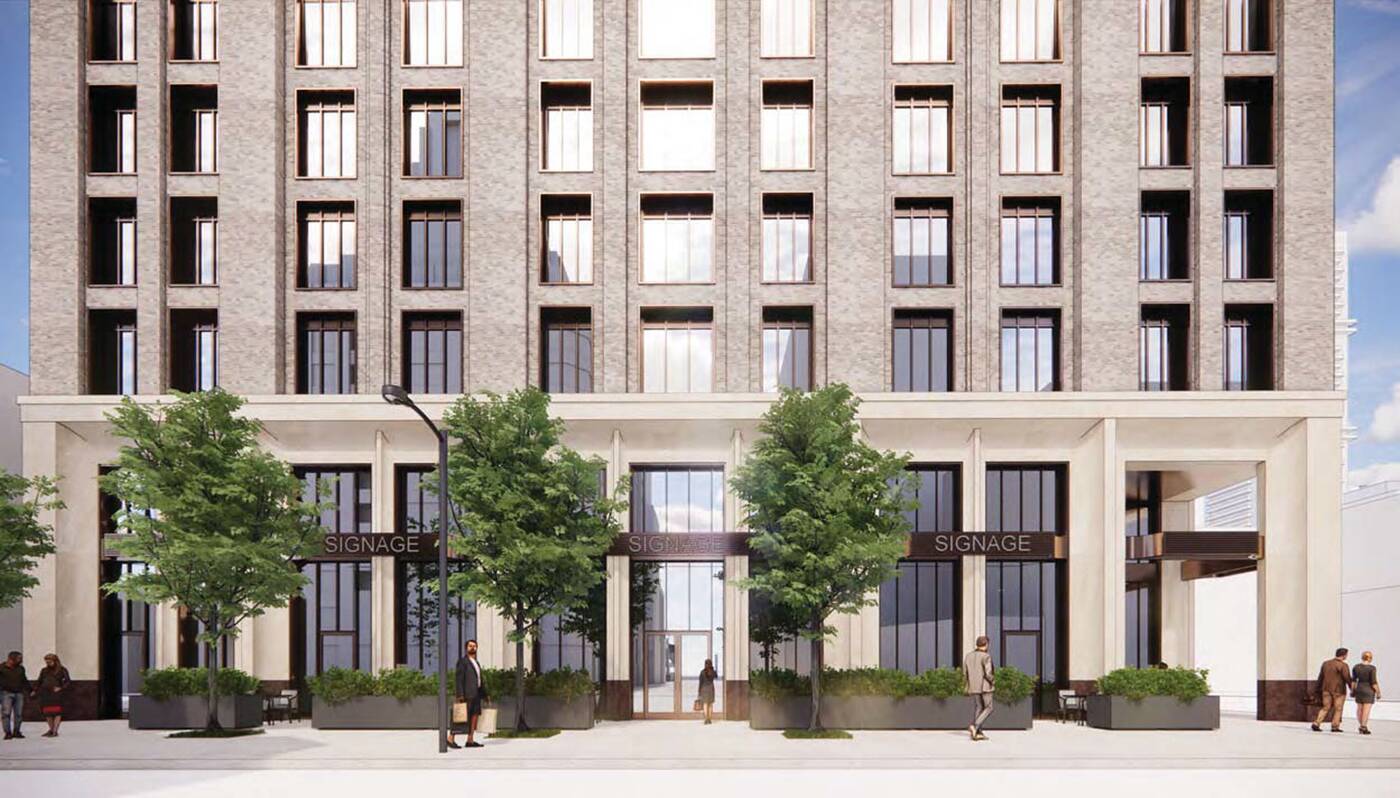 Street-level view of the proposed development at 147 Spadina Avenue.

Despite the potential disruption to his business, Belsito says the restaurant is "excited about the changes," stating that though their lease is up in two years, they have been offered future retail opportunities by the property owner. "Hullmark has been really good to us from the day they took over the building."

In stark contrast to Fusaro's statement, another tenant within the same building who wishes to remain anonymous tells blogTO that they had heard nothing of redevelopment plans prior to being approached for comment.

"We were aware that the building had been bought out by Hullmark. We also assumed that there would be some development in the future however we were completely unaware that a proposal had been submitted for a new development already. We were shocked to find this information out." 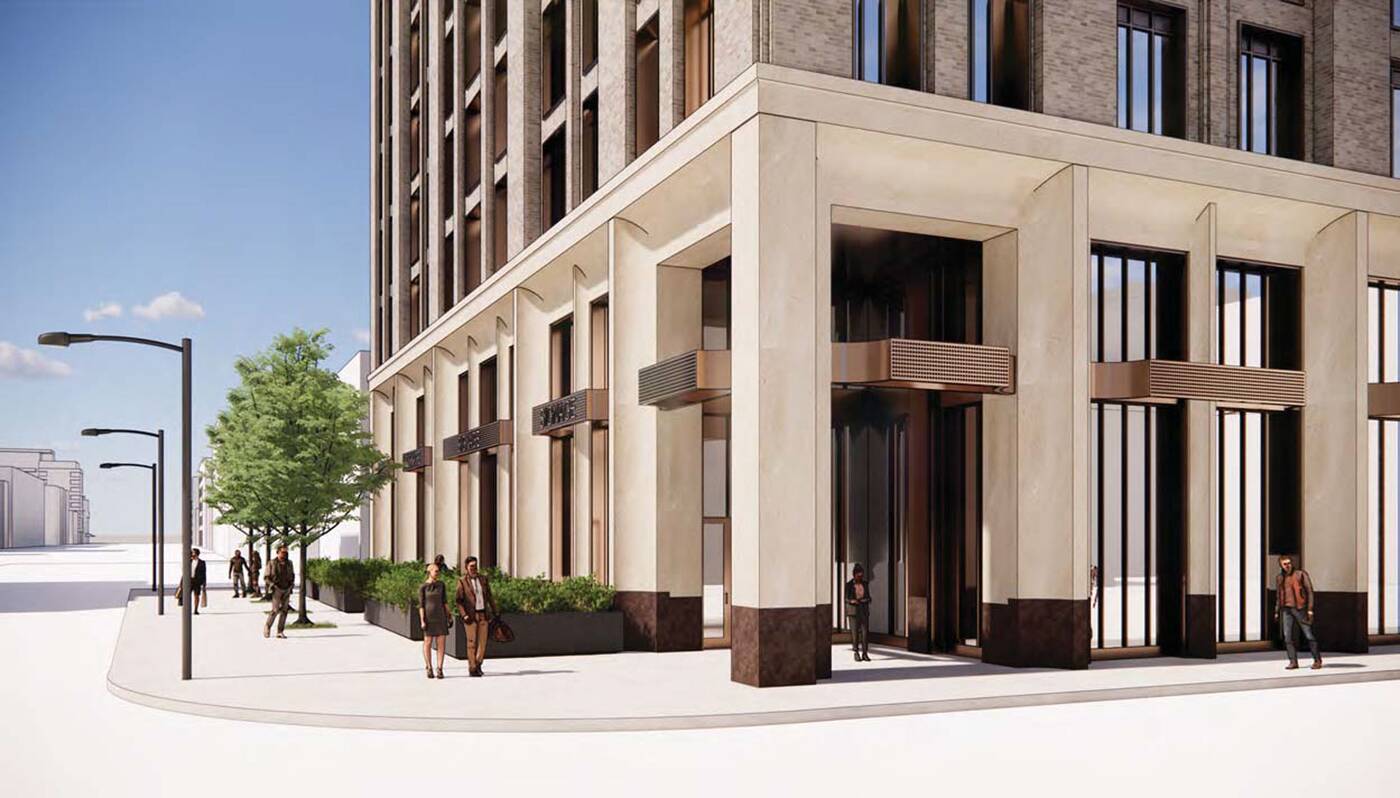 New retail space would be built fronting the northeast corner of Spadina and Richmond.