Toronto home that belonged to bike thief has been redone and is now $7.5 million

This home has been making headlines since 2008... although back then it was for a very different reason. 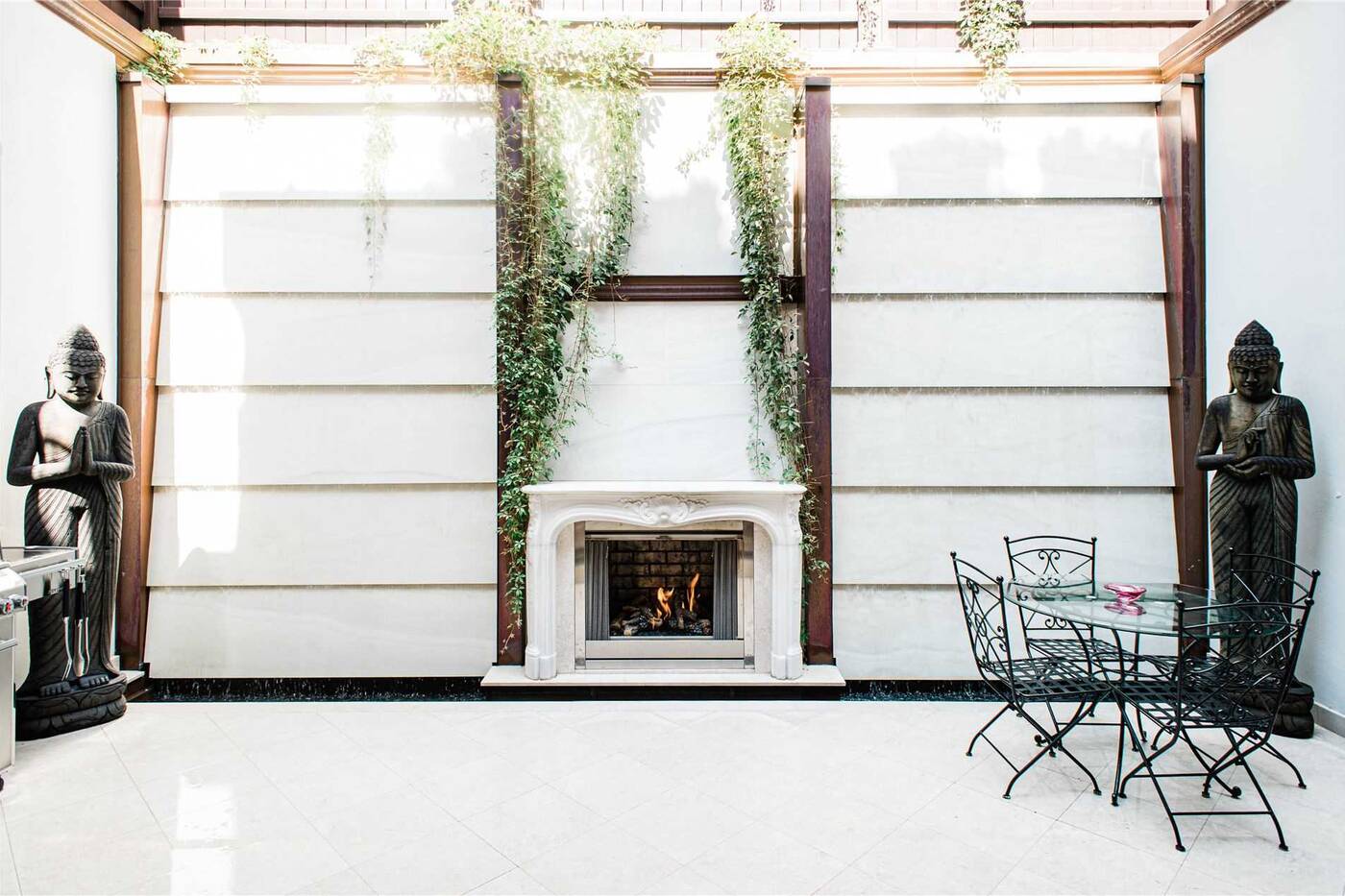 Back in 2008 this house obviously didn't look like this – but rather a bit more like a run down shack – and it was the hiding spot for a large-scale theft ring of mostly bicycles. 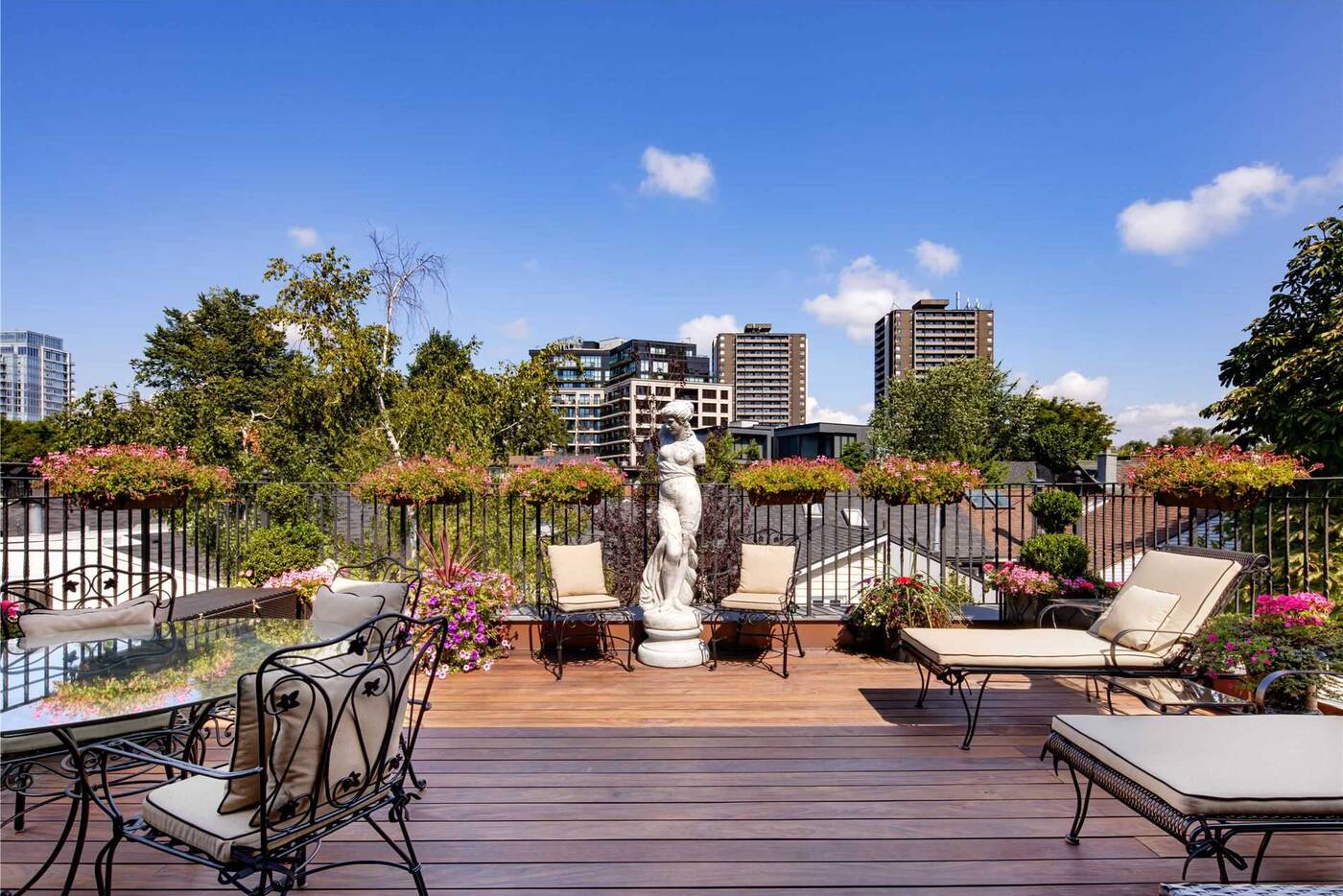 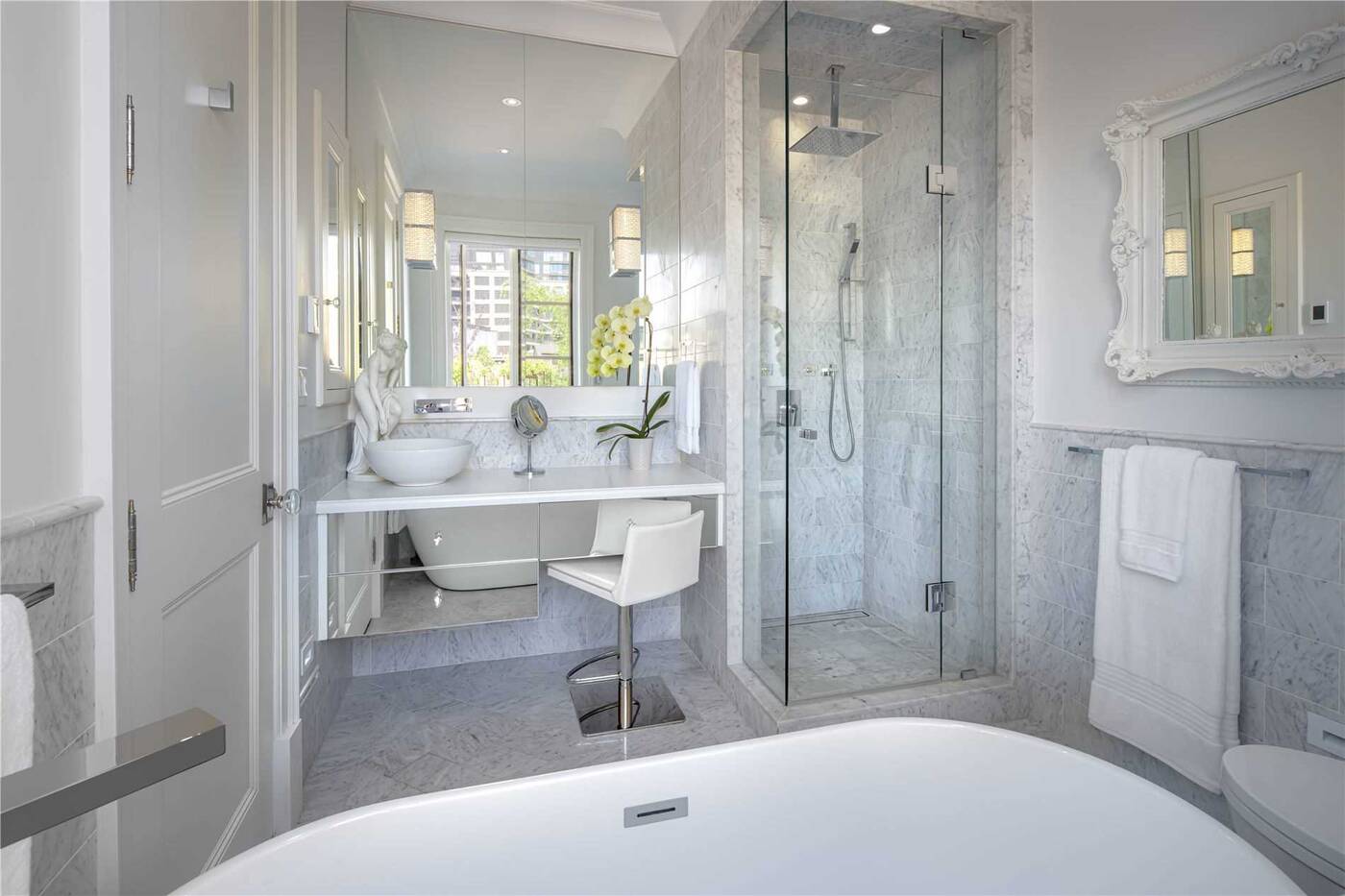 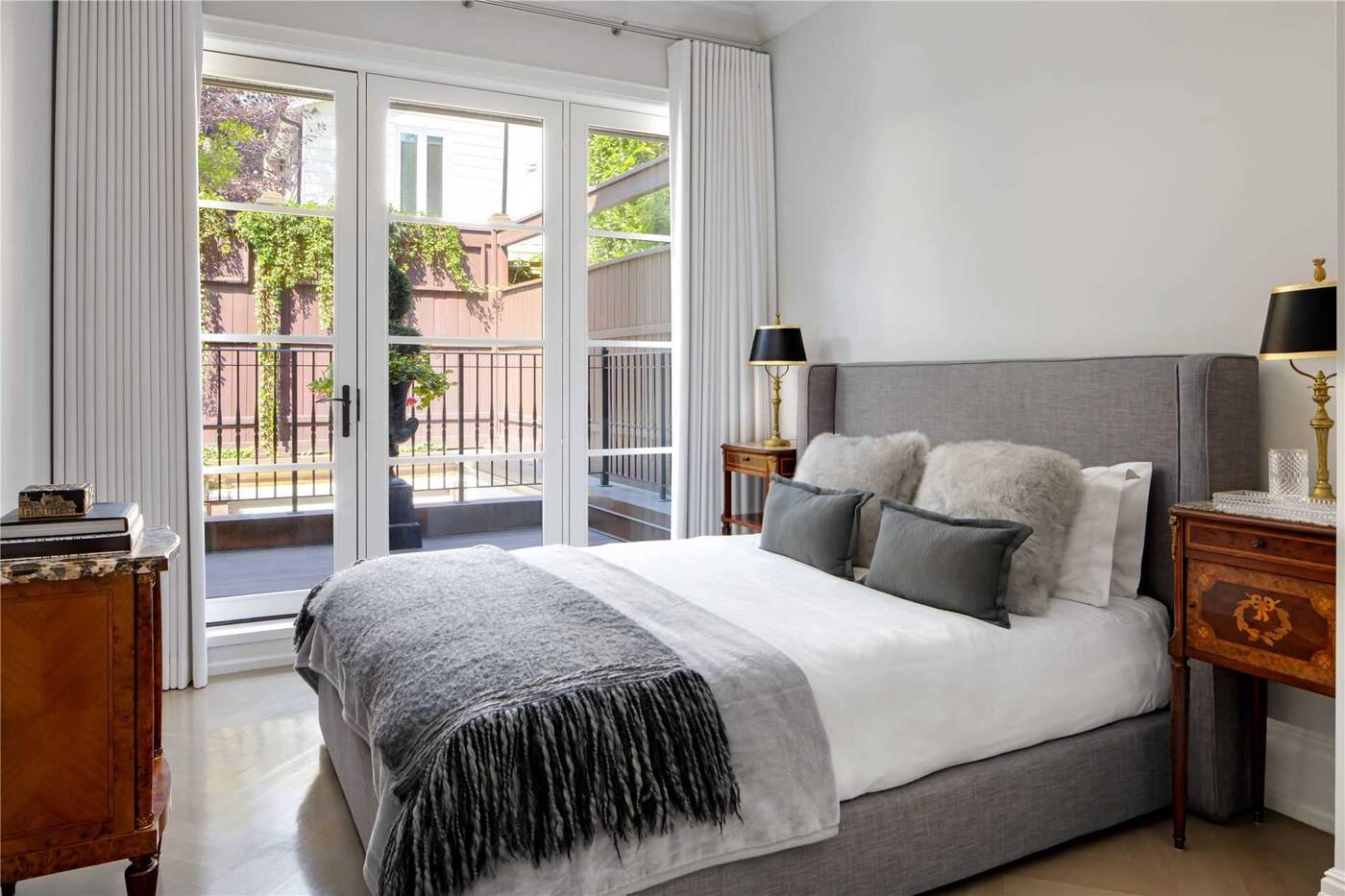 One of the bedrooms on the main floor.

The home was built by Constantine Enterprises Inc., who might be better known for their commercial developments, but did a bang up job on this three-storey, four-bedroom private residence. 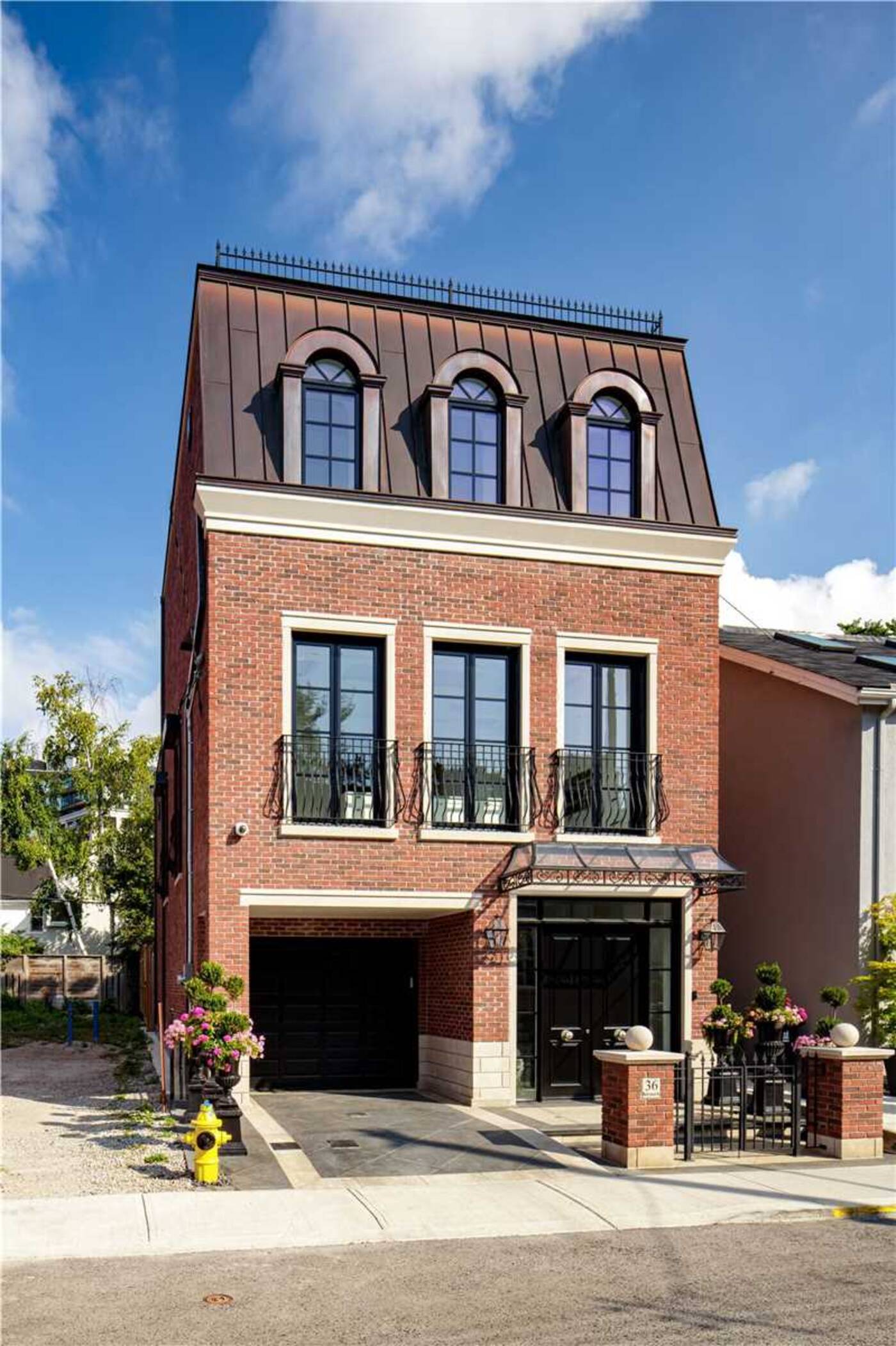 The front of the house.

The exterior of the home has a British Georgian-style feel to it, while the interior has a mix of traditional and modern features.

Despite it being a new build there is plenty of architectural character to the home, such as the coffered ceilings, ornate fireplaces and arched windows. 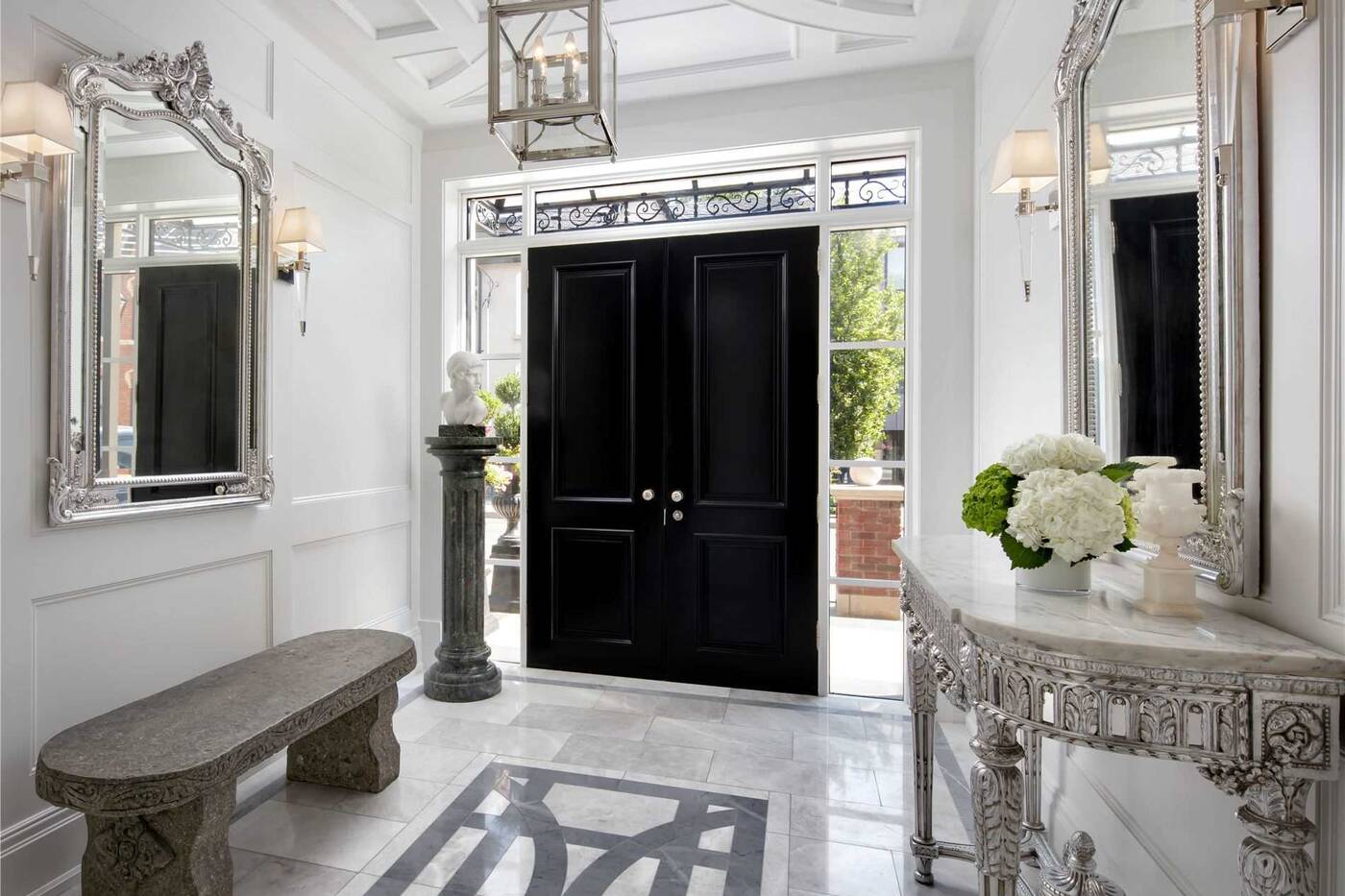 The craftsmanship is something to note on this house with features like a heated driveway, the marble inlay in the foyer with the wood panelling and a soundproofed home theatre. 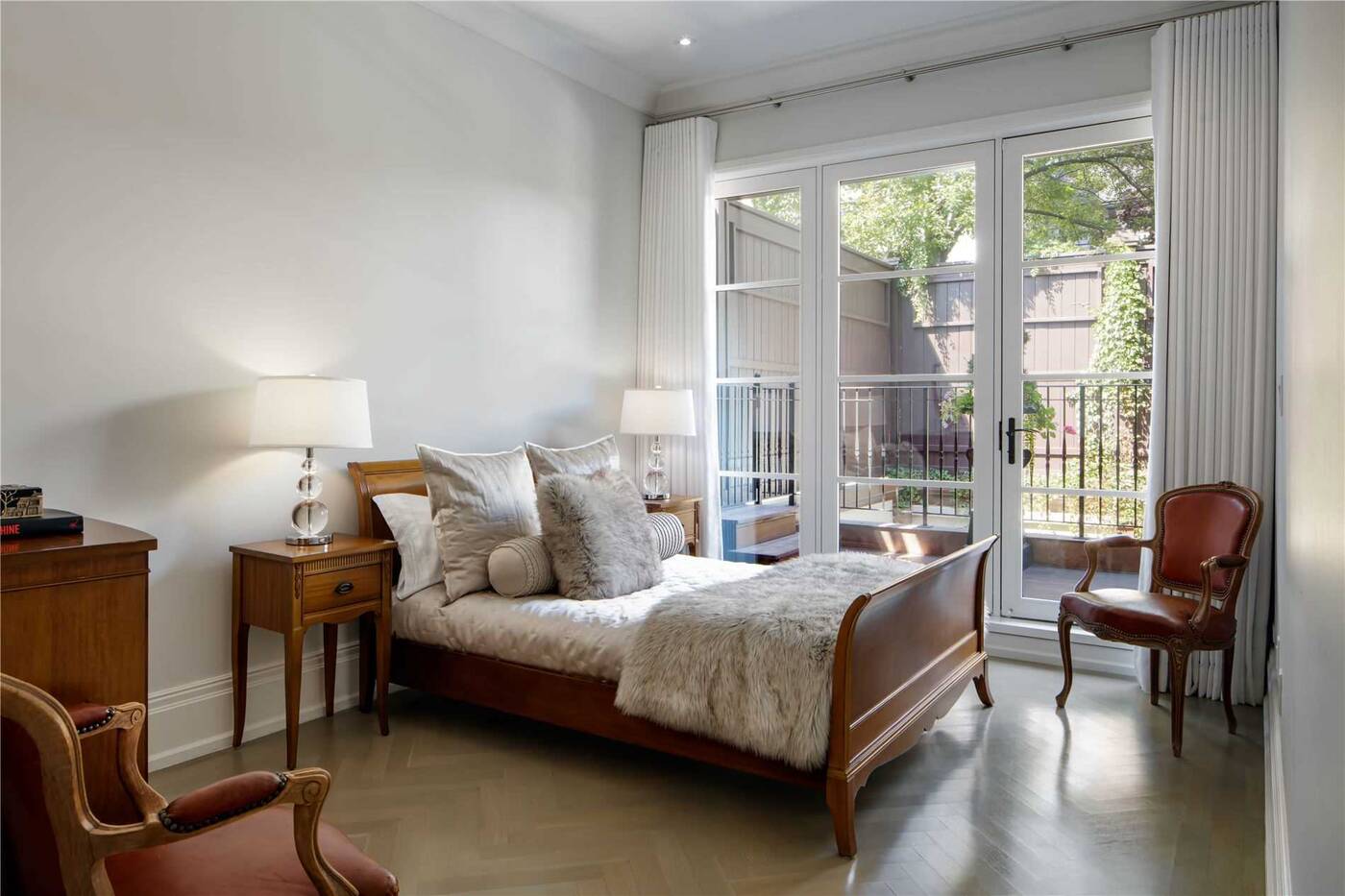 Another bedroom on the main floor with a walkout.

The layout of this home is a bit odd in that the main floor has a mud room and two bedrooms, while the main living spaces are actually on the second floor. 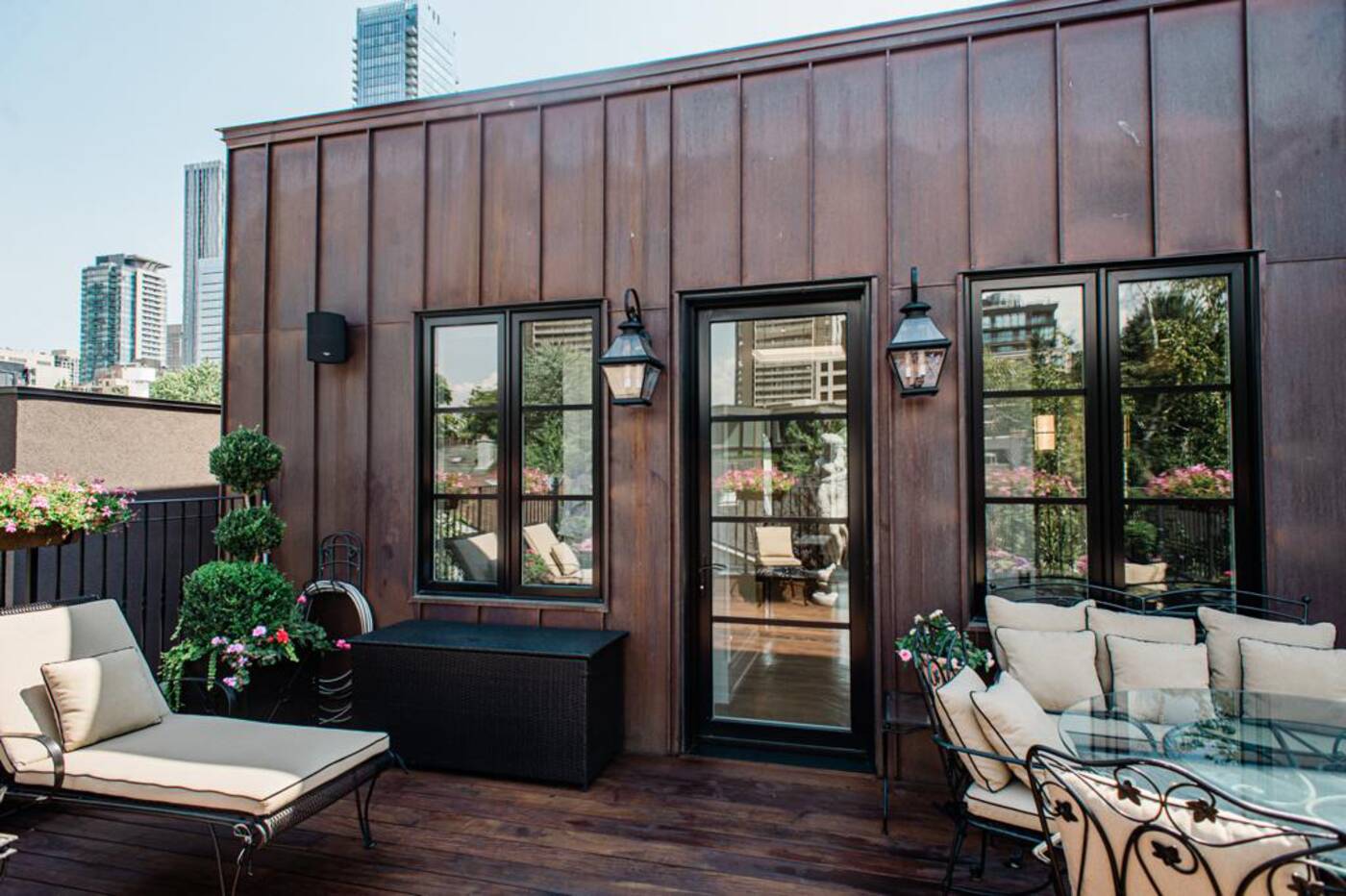 However, it's kind of nice to have the main living spaces on the second floor as it allows for better views and more privacy. 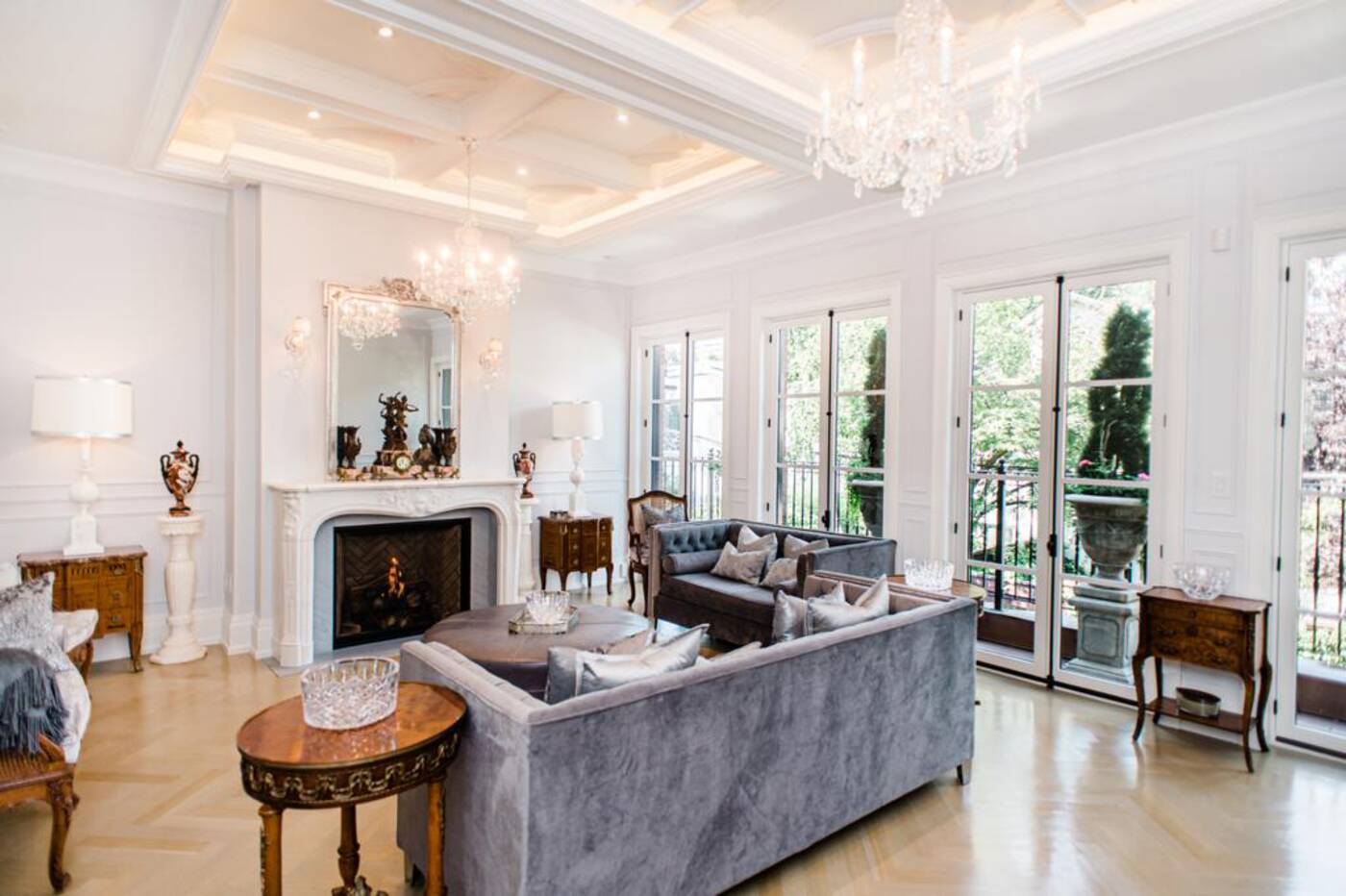 I particularly love how the living room has a wall of French doors that lead to a balcony overlooking the backyard. 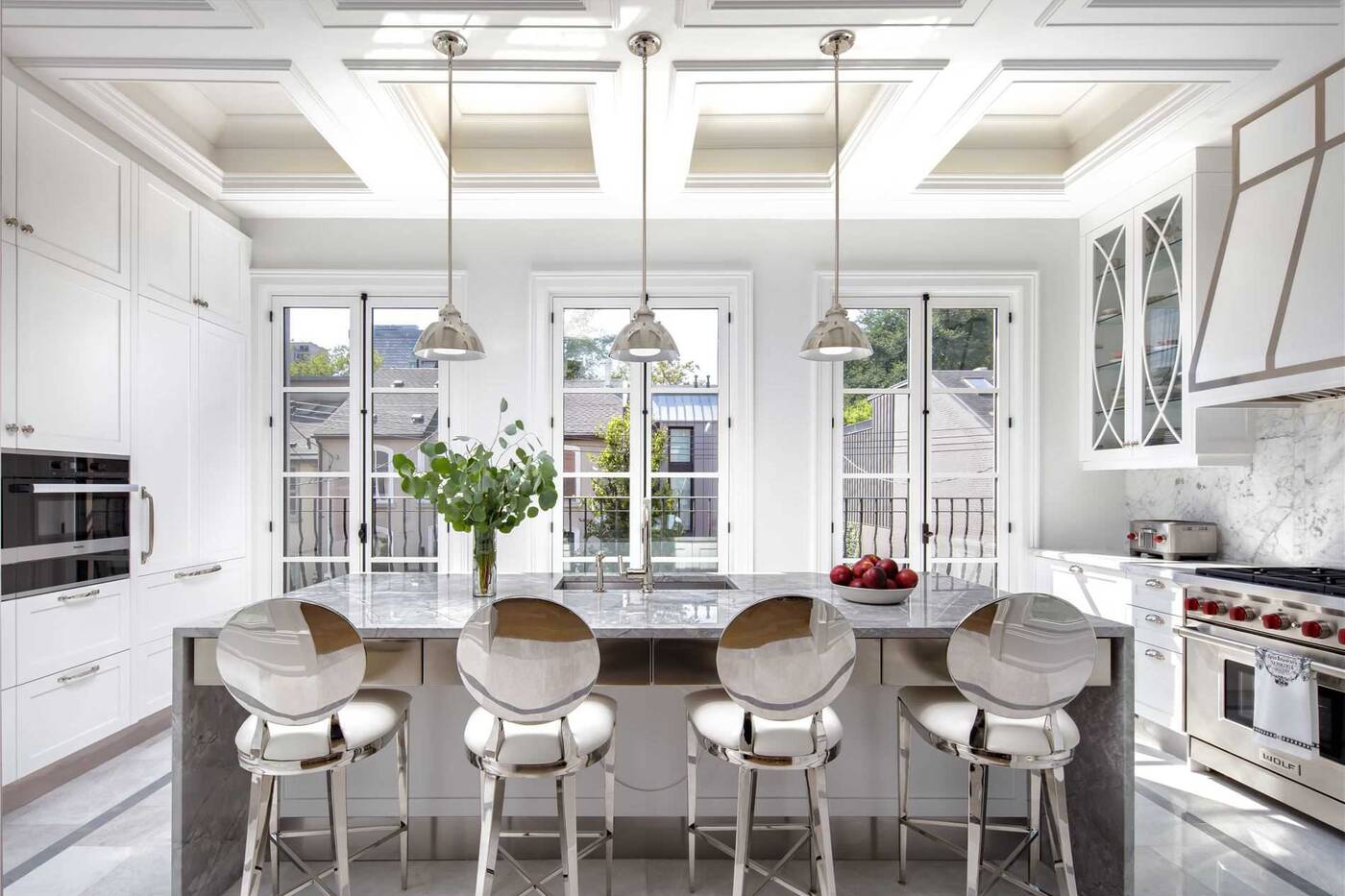 The kitchen is top-of-the-line and even comes with a dumb waiter, which can support up to 250 pounds! 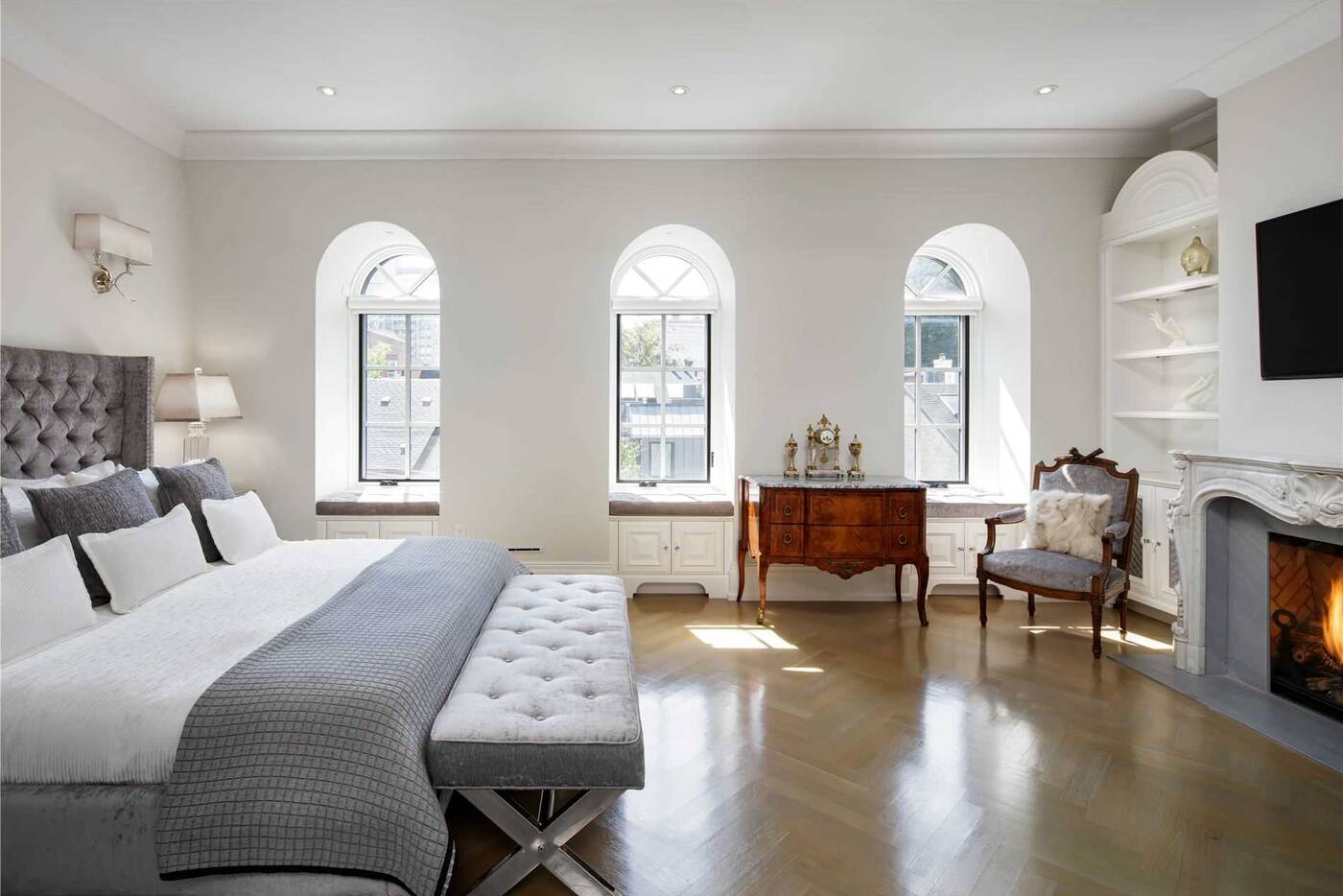 The primary bedroom also features a fireplace and built-in shelves. 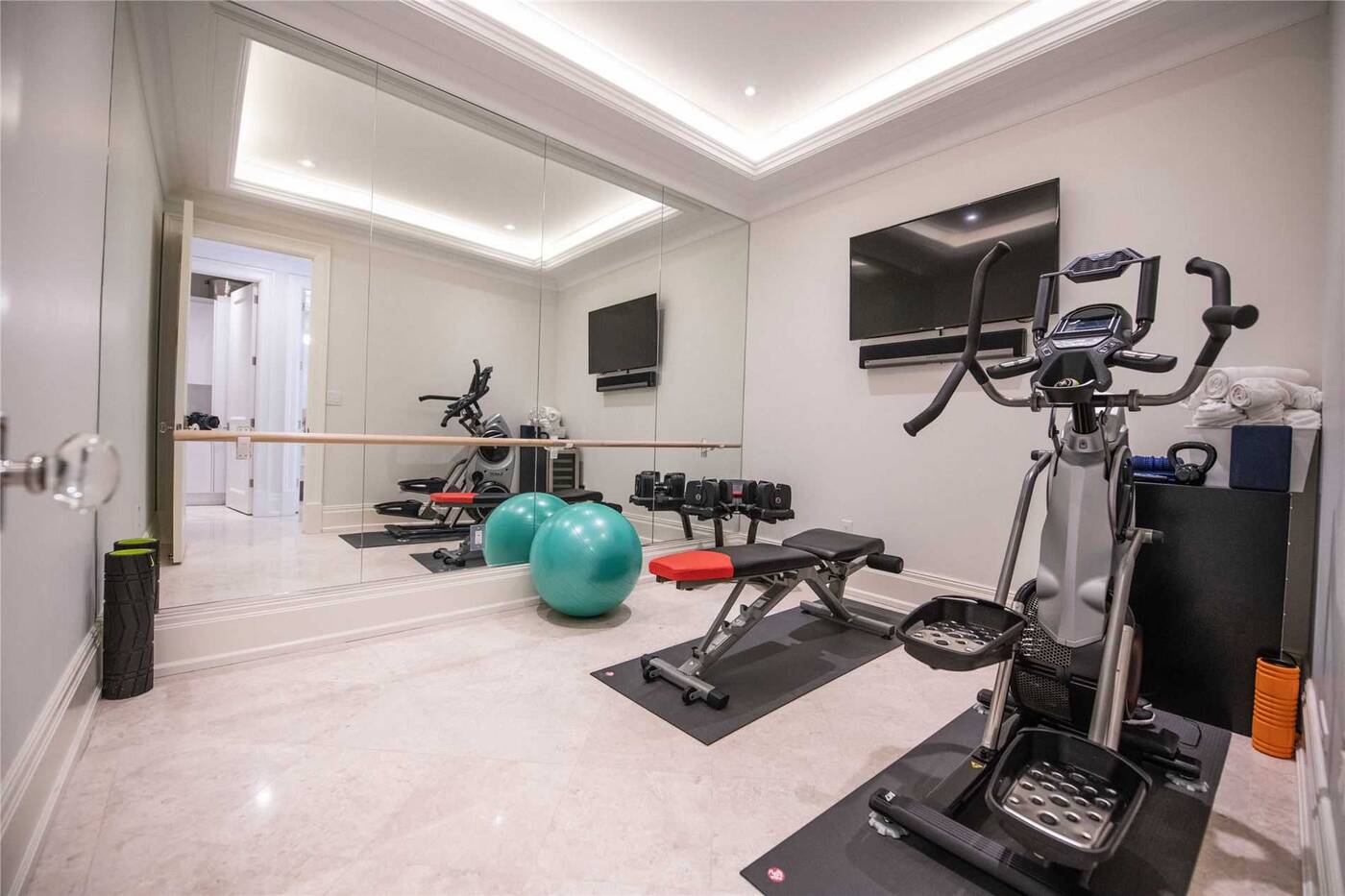 In the basement you'll find an exercise room, rec room and media room. 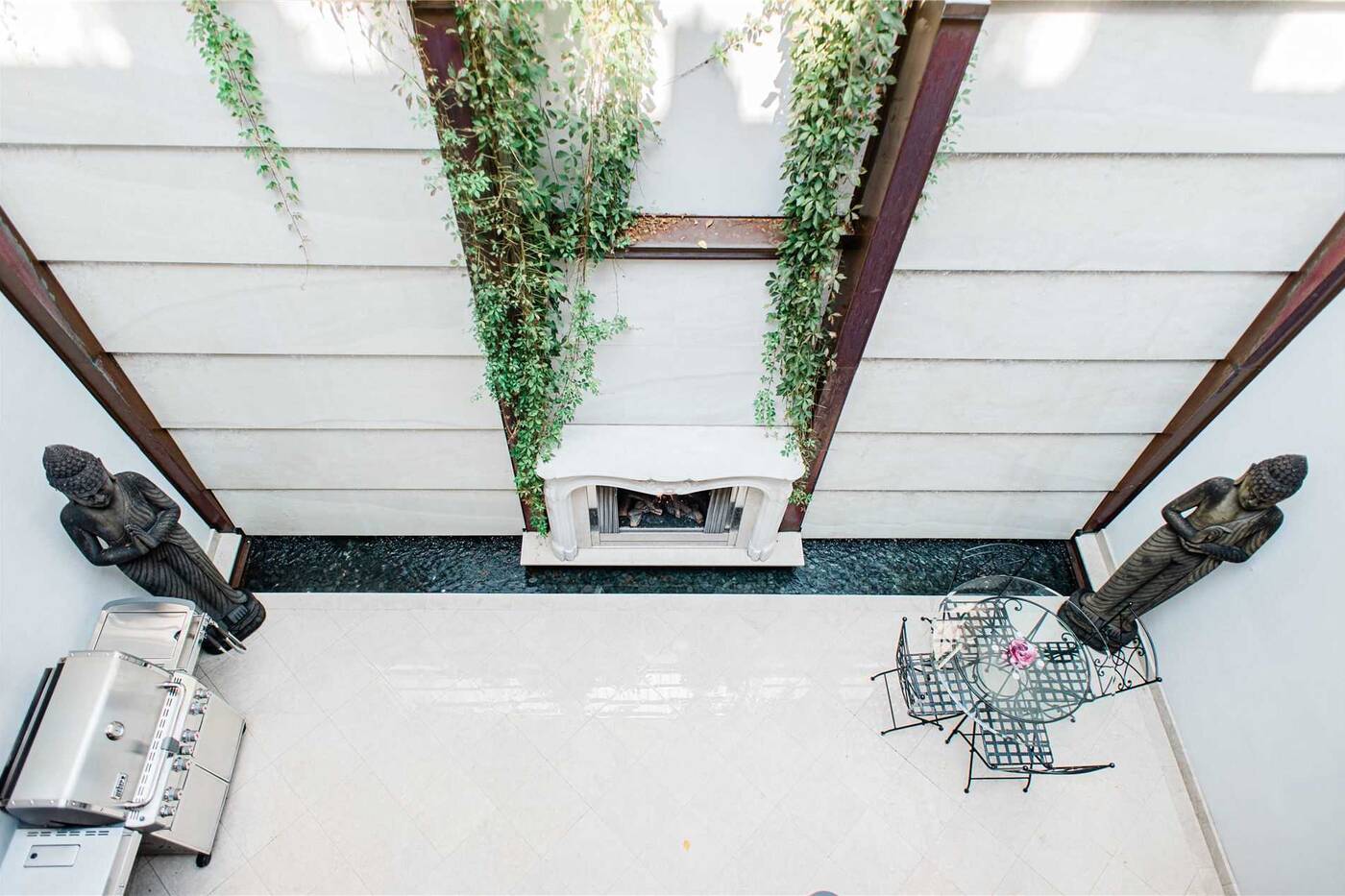 The two-storey private courtyard with a waterfall and fireplace.

While there isn't a ton of outdoor space, given that it's right in the heart of Yorkville, there's this lovely zen garden like area with a double waterfall as well as a rooftop patio. 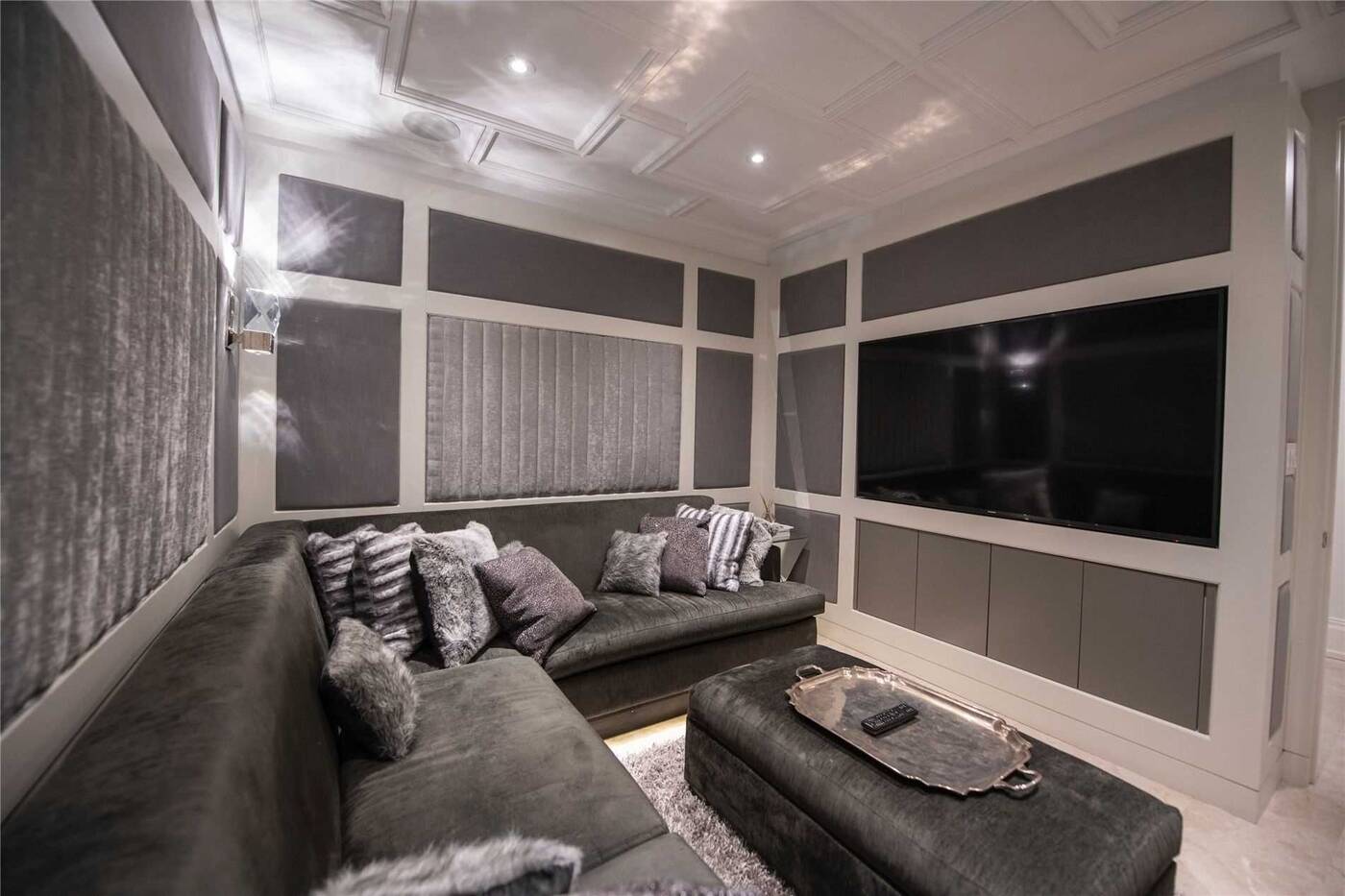 It truly is amazing how a place can go from a stolen bike haven to a $7.5 million luxury home.