A huge loft building with six large units and a rock climbing gym is for sale in Toronto.

The commercial building at 29 Fraser Avenue is now on the market. The price of the property is not listed, and those interested should contact the realtor, Lennard Commercial Realty. 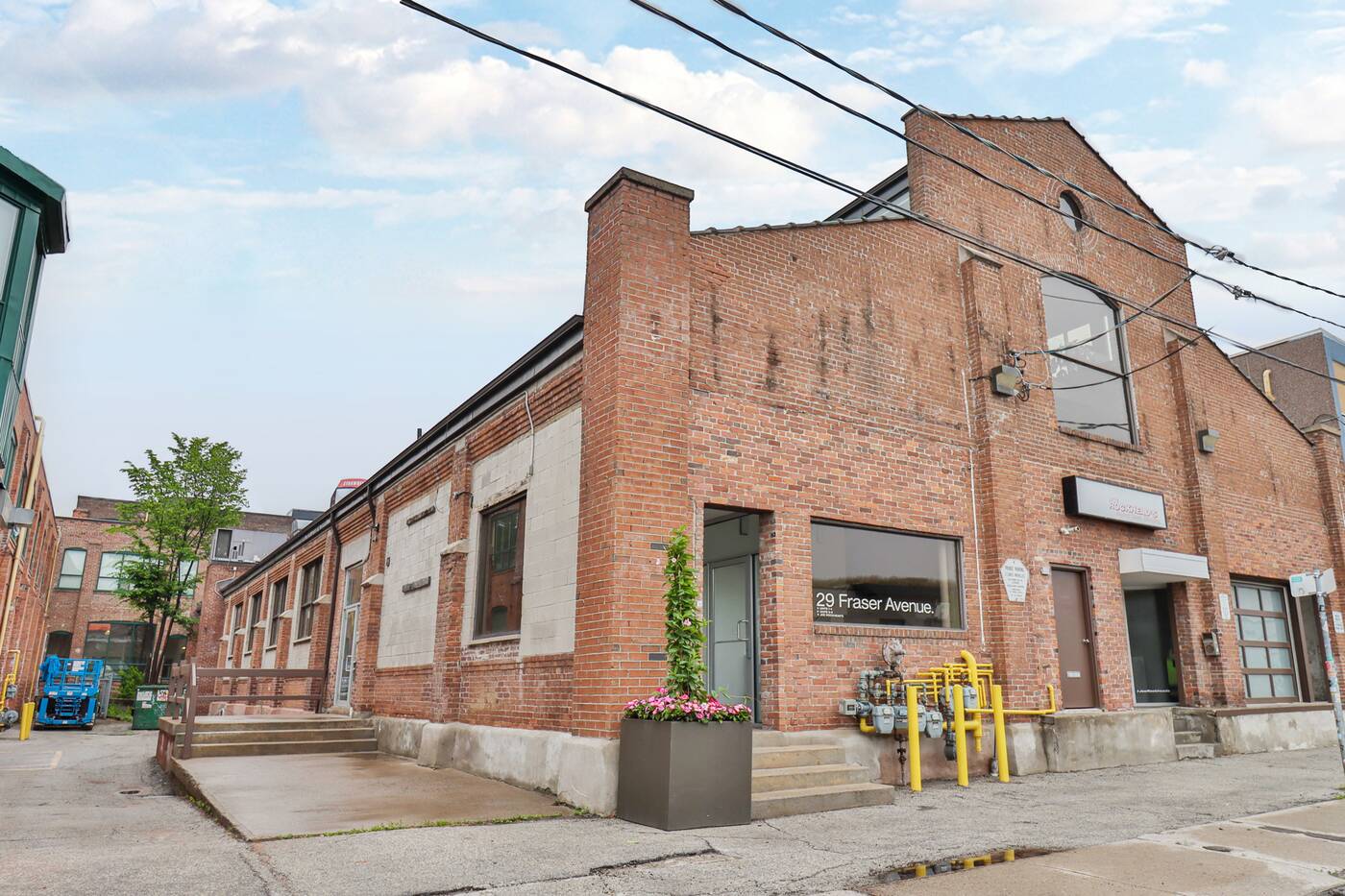 The building at 29 Fraser Avenue in Liberty Village is for sale.

In Liberty Village, surrounded by heritage buildings in a mixed commercial and residential area, the building is home to Joe Rockhead's Indoor Climbing Gym – Canada's first indoor rock-climbing gym (established in 1990) on the ground floor. 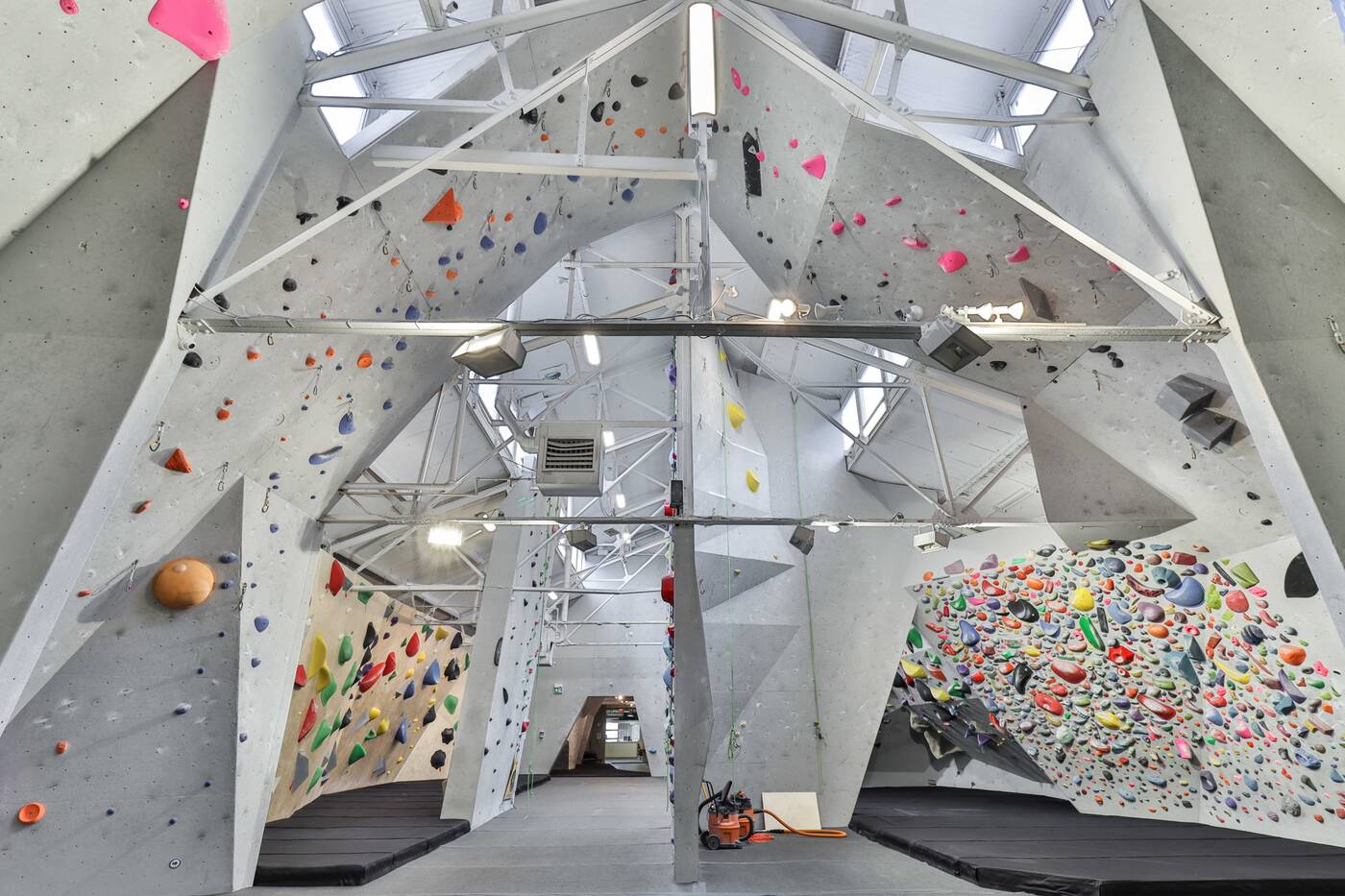 Joe Rockhead's is an anchor tenant in the building and while it is temporarily closed, the gym plans to reopen as soon as Ontario moves into Step 3 and will continue to serve the climbing community for years to come. 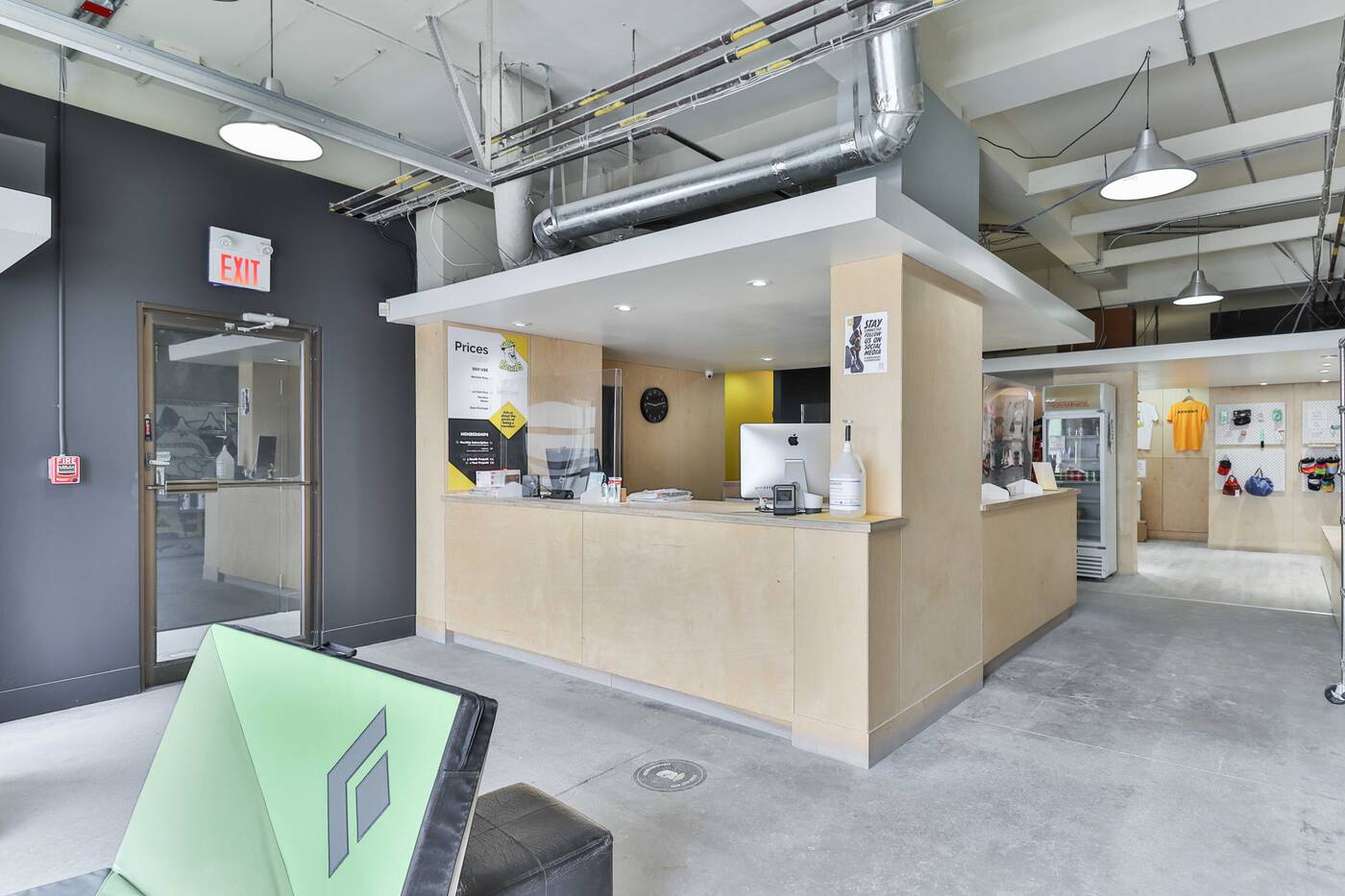 The climbing gym is on the ground floor.

The building is large with six other leased live/work units a total gross floor area of 19,357 square feet and a total rentable area of 18,305 square feet. 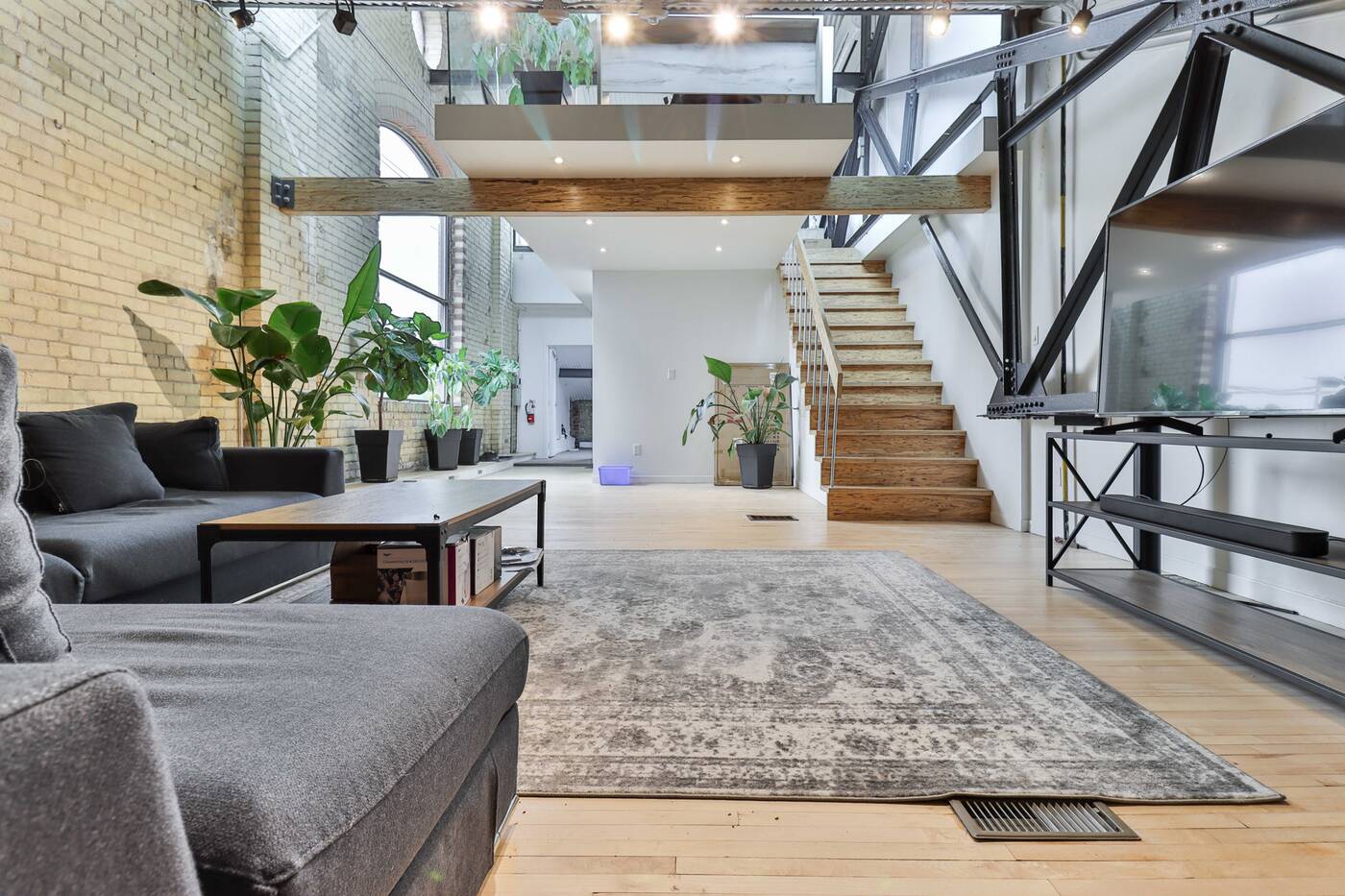 The six units in the building, including unit 5, have industrial, loft features.

The units are a mix of professional loft office spaces spread over the two top levels. 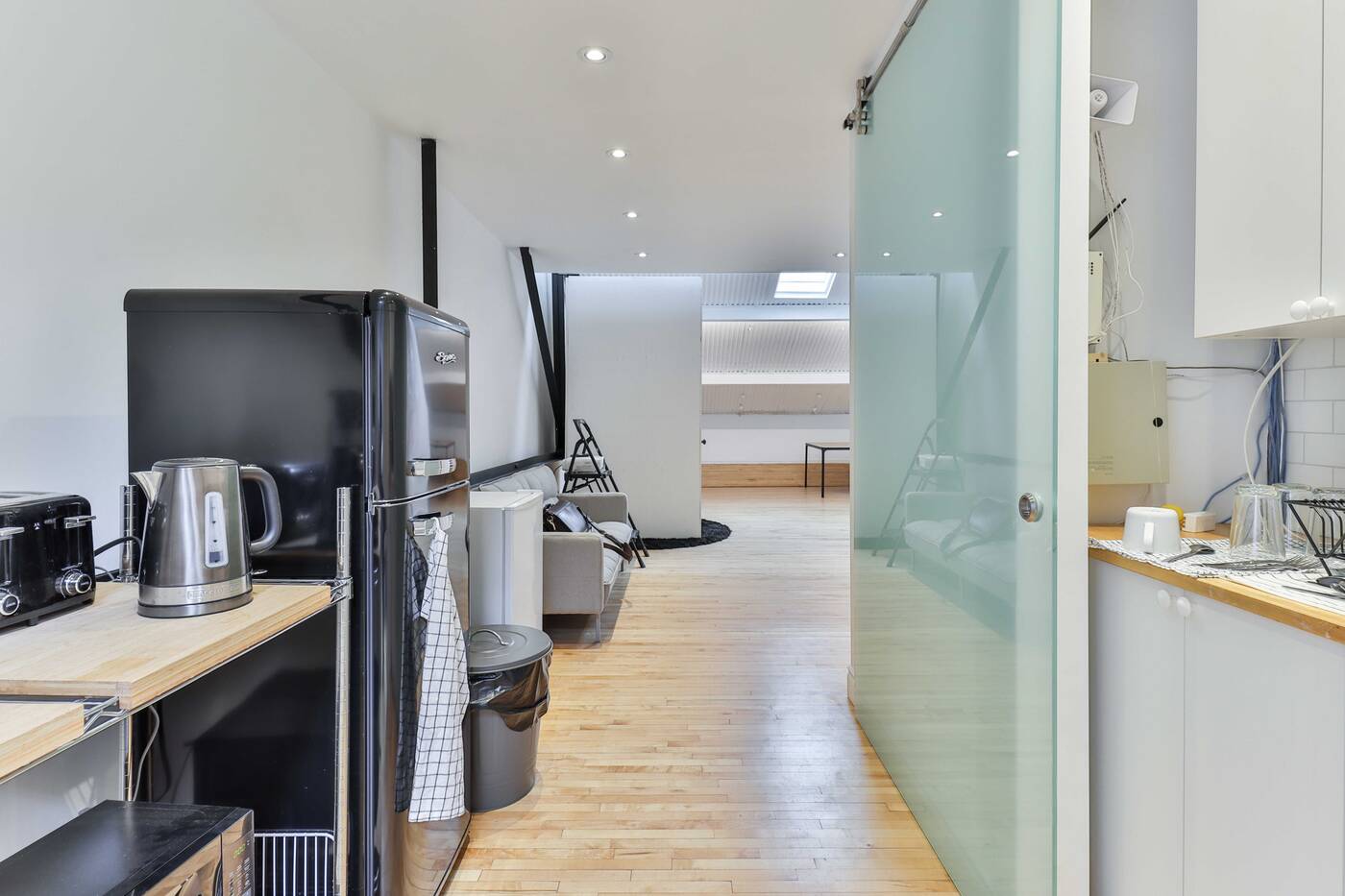 Unit 2 comes with a kitchenette.

Each unit has its own style with a bright, open concept design, hardwood floors and skylights. 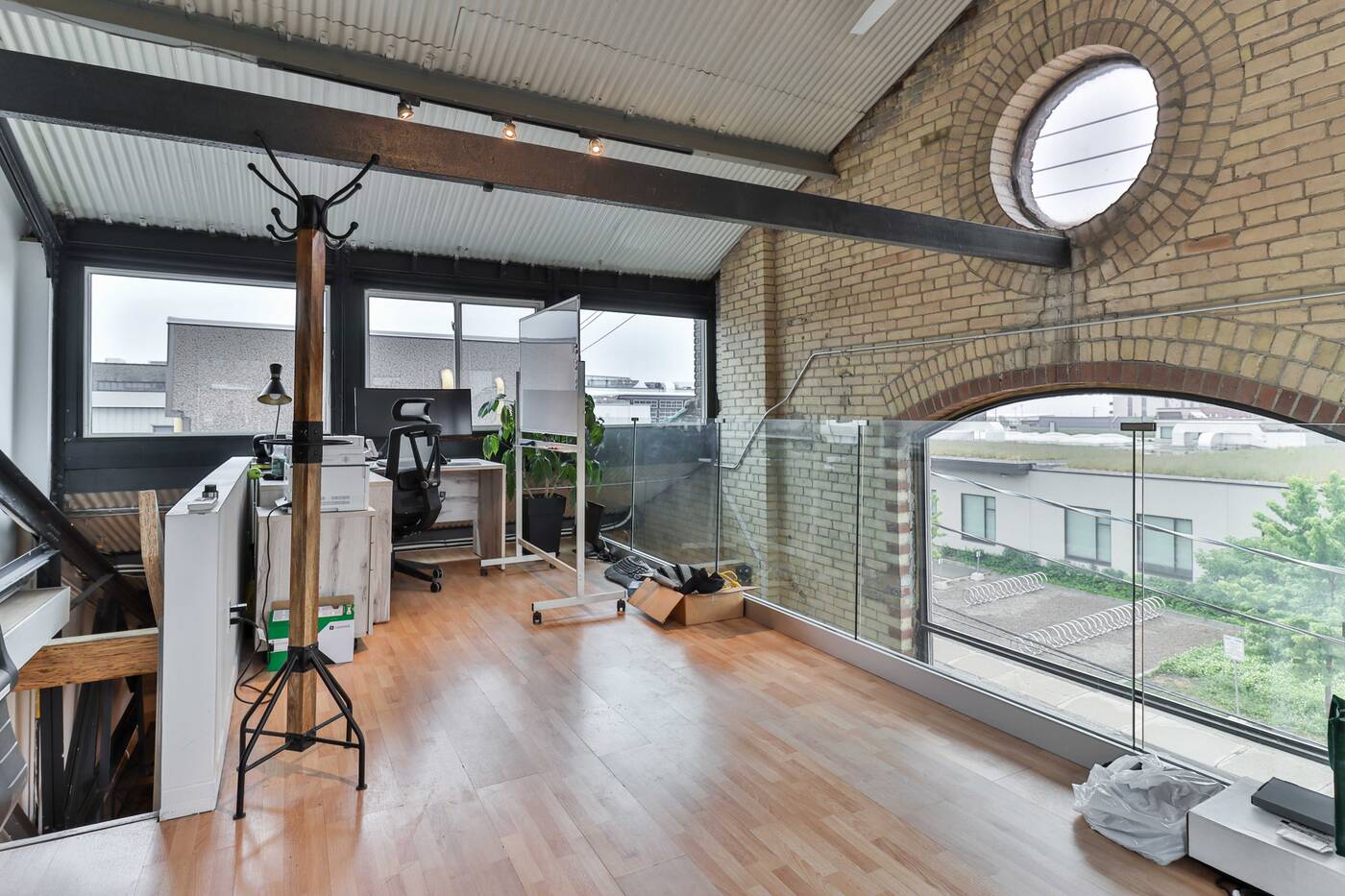 Although it is not listed as a heritage property, it was built around the turn of the 20th century and is considered a "Bridgman" style industrial building featuring clerestory windows — a row of windows above eye level, according to Lennard. 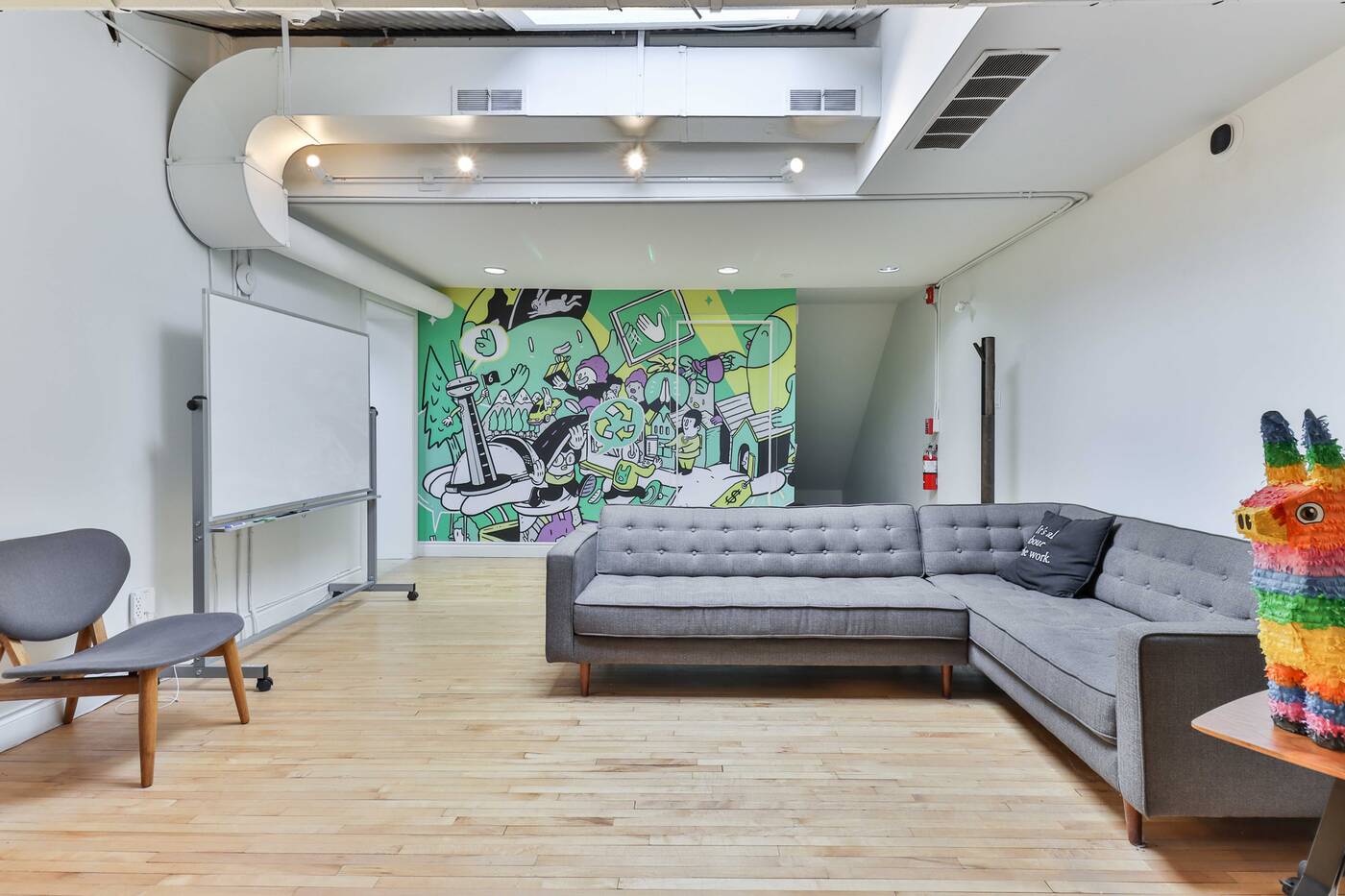 Unit 6 has a lot of character with a Toronto-theme mural.

It was one of the first buildings in the area with a steel truss roof construction, an advanced industrial design for its time. 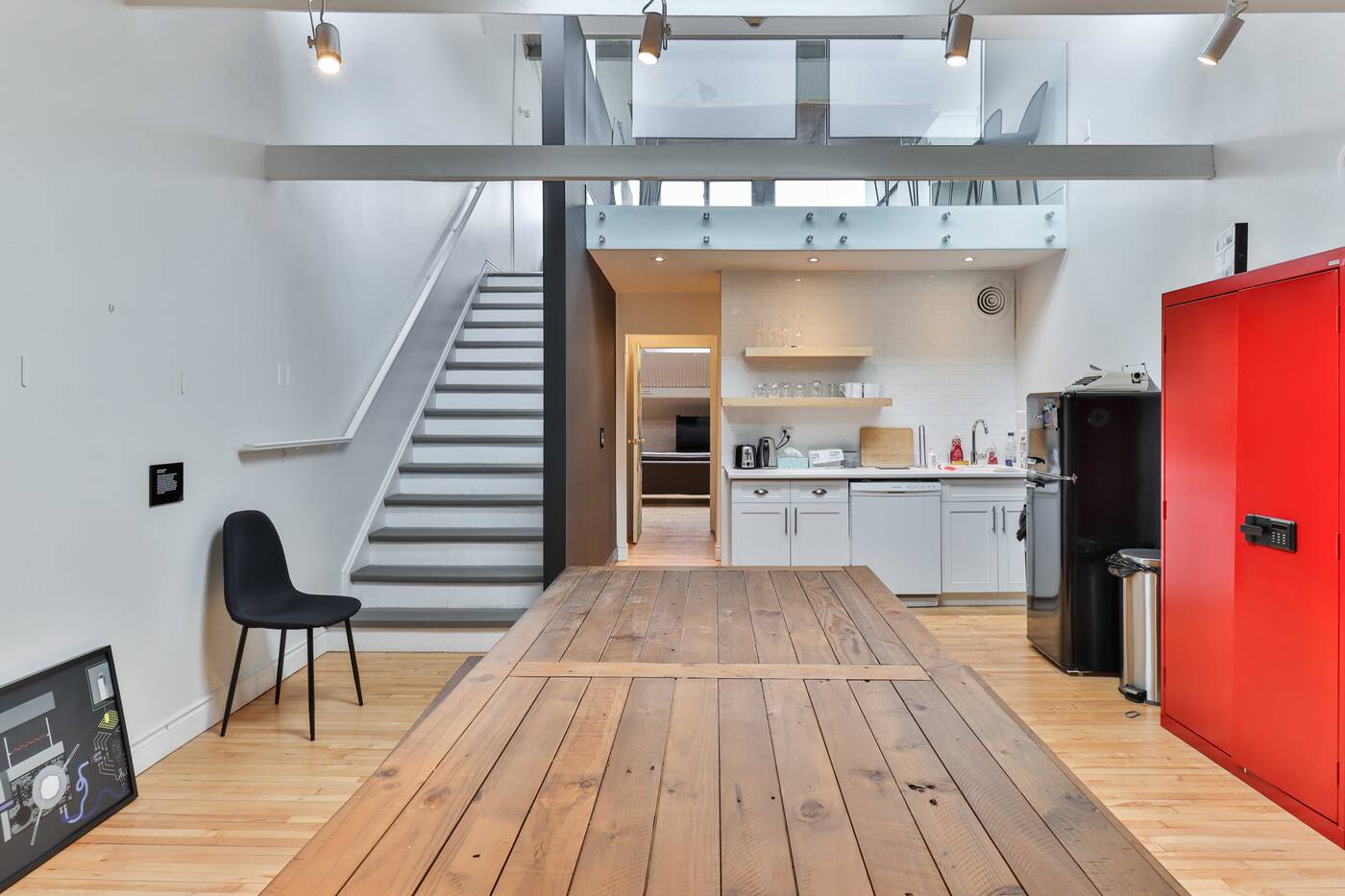 Unit 6 also has an open-concept design.

Carnegie Steel prefabricated the truss system in Pittsburgh, and it was shipped to Toronto and reassembled on site. 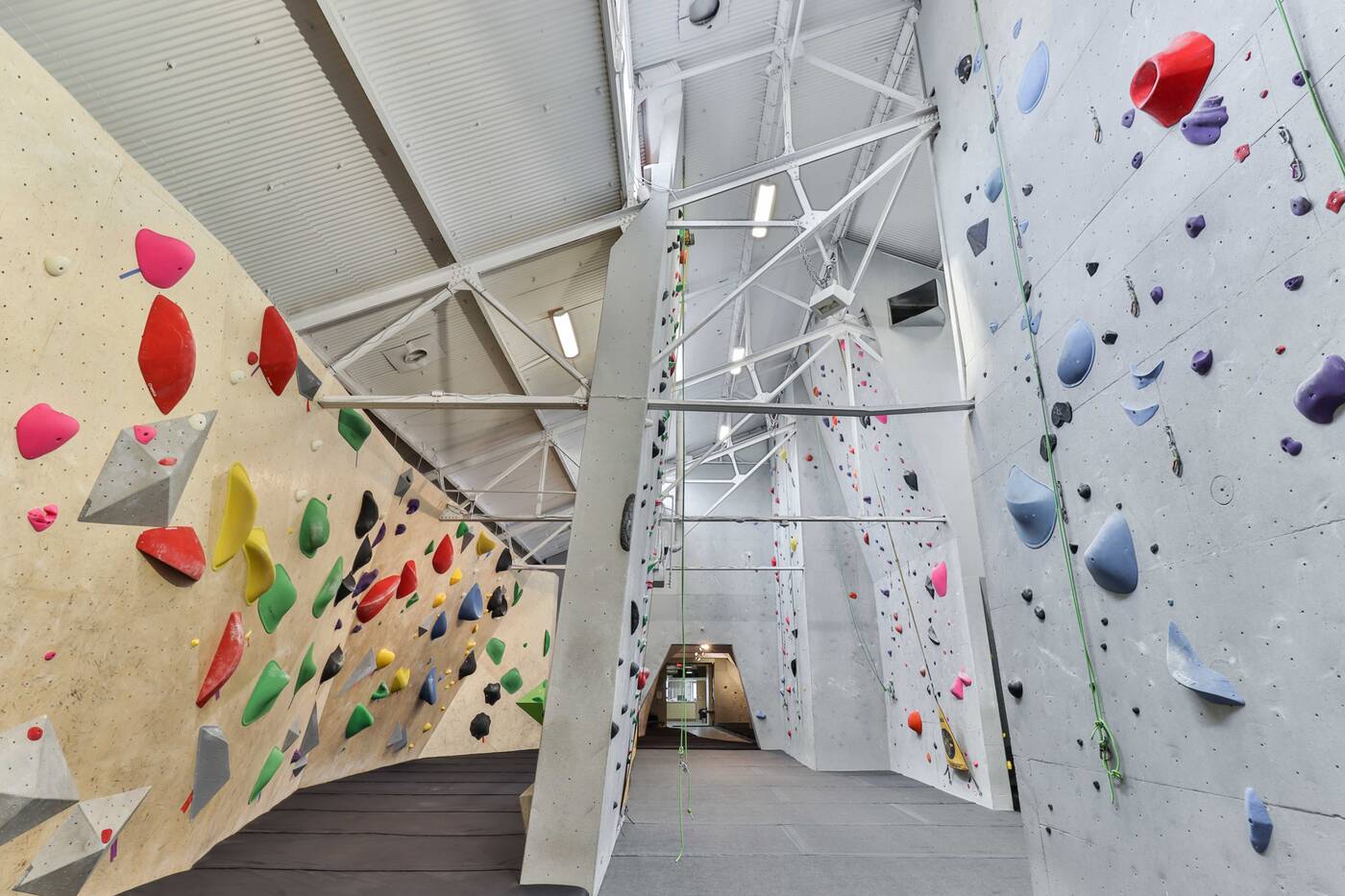 It would be fun to own a building with a rock climbing gym.

This building is an investment property, and out of reach for most people, but if you can afford it, it would be nice to work off some late-pandemic stress on that rock wall.

This post has been edited for clarity. Joe Rockhead's is not part of the sale of the building.