Plans for a new high-rise tower in Toronto's Entertainment District would mean the demolition of a heritage building and alteration of another.

The buildings at 241 Richmond St. W., a former brick warehouse, now The Ballroom, a restaurant with patio and entertainment complex, and 133 John St., previously Jack Astor's, which closed in 2019 and is now vacant, are part of an application for development. 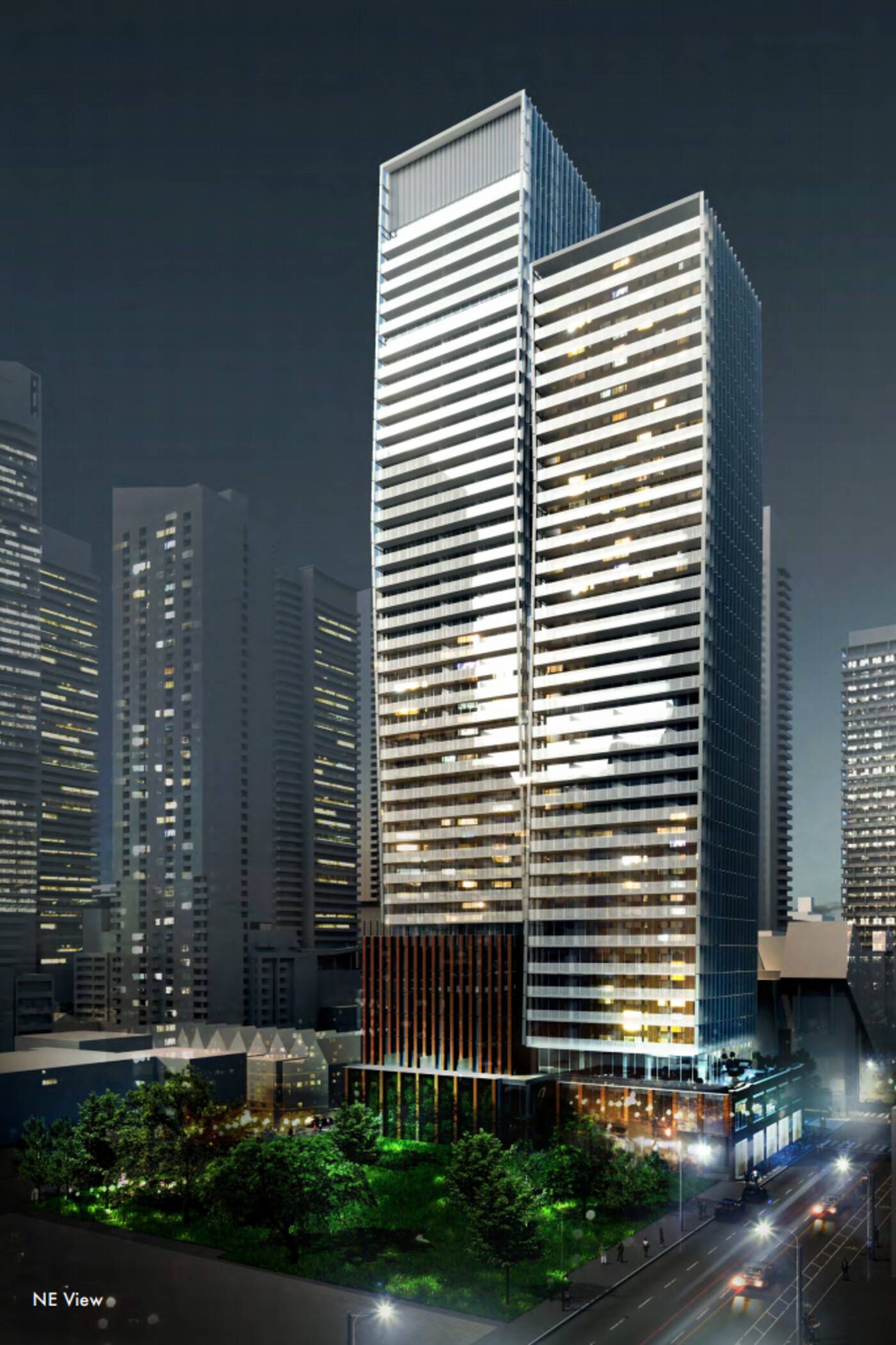 The plans are for a 41-storey building to replace two, two-storey buildings at Richmond and John Streets. Rendering via City of Toronto Submission by Architects Alliance

Plans submitted to the City of Toronto are for a mixed-use 41-storey tower with 470 residential units.

The commercial part of the building would front onto John and Richmond Streets, and a proposed city park at 229 Richmond St. W.

Under the current proposal the house structure at 133 John St. will be torn down and replaced with a contemporary building "that makes a valuable contribution to the John Street public realm," according to the Heritage Impact statement. 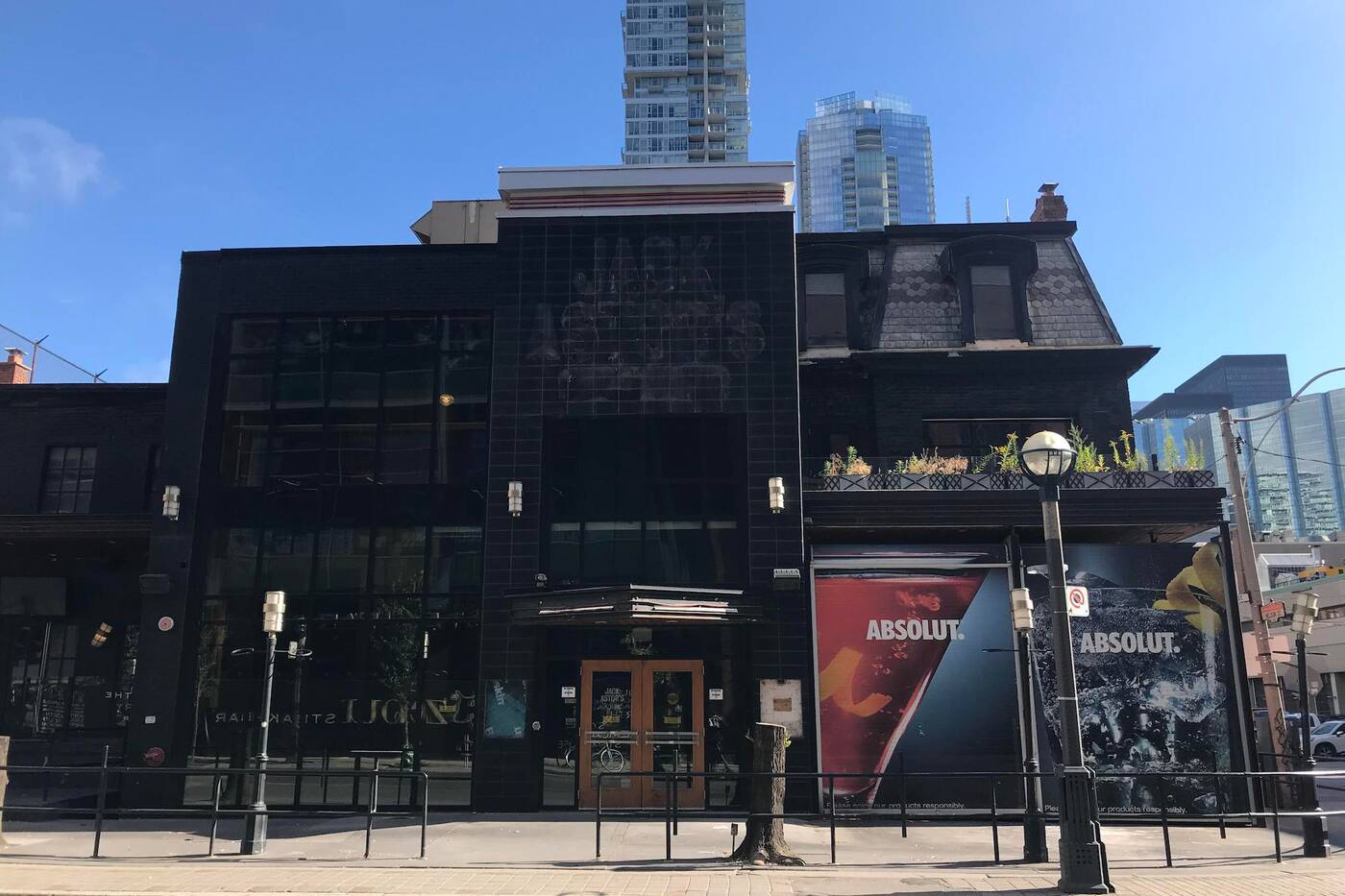 The building at 133 John St., formerly a Jack Astor's, will be torn down under the current proposal.

The property at 133 John St. has cultural heritage value for its design as a residential building with Second Empire styling associated with the first wave of development in the King-Spadina neighbourhood in the 1800s, according to City of Toronto documents.

The warehouse building at 241 Richmond St. is considered the "highest value asset" of the two buildings but would be altered for the project. 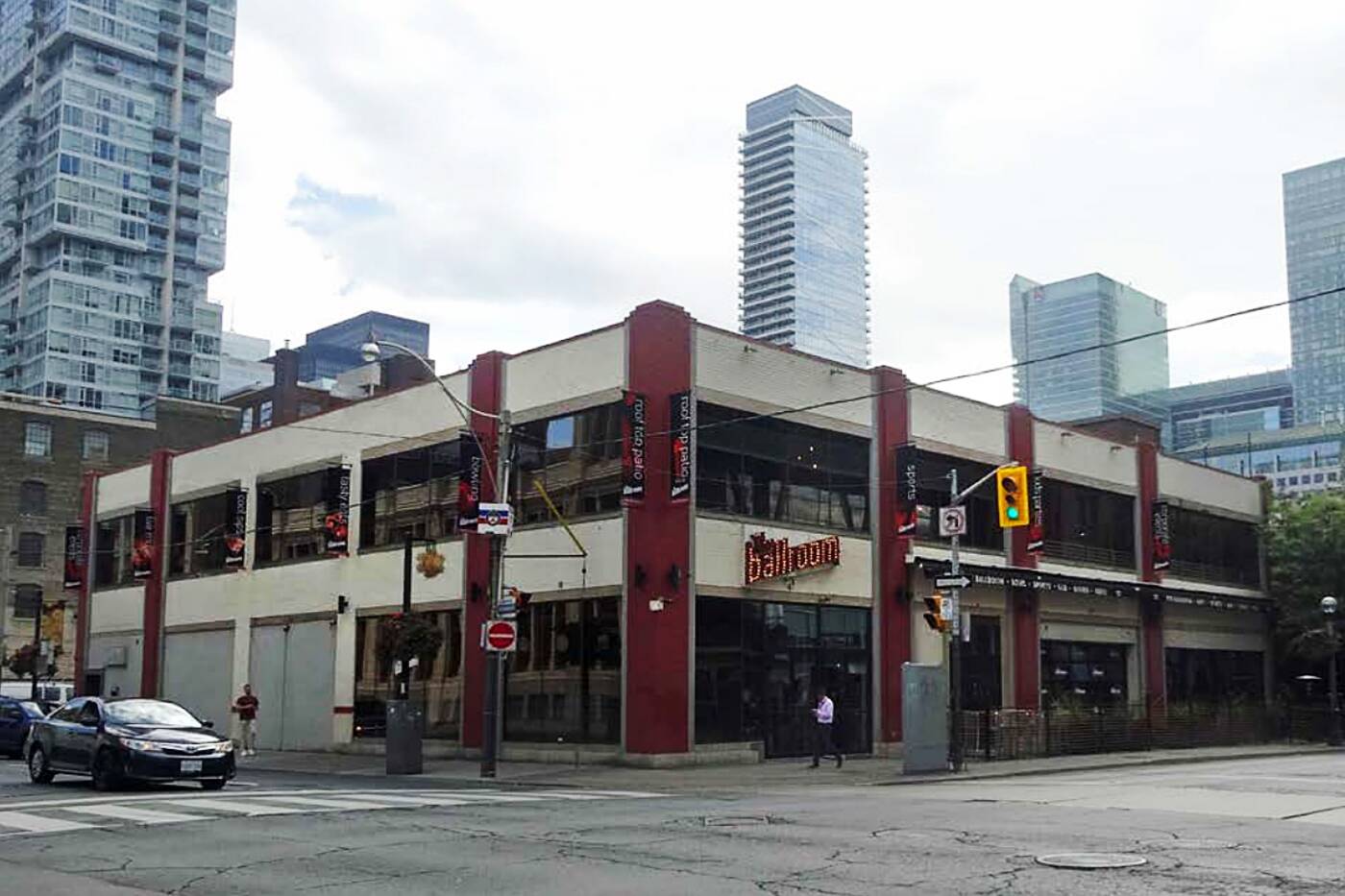 The former warehouse at 241 Richmond St. W., now The Ballroom, will be encorporated into the new building.  City of Toronto photo

The two-storey warehouse was built in the Art Moderne style in 1930 and has cultural heritage value for its design as a detached commercial building associated with the second wave of development in the King-Spadina neighbourhood in the 20th century, according to city documents. 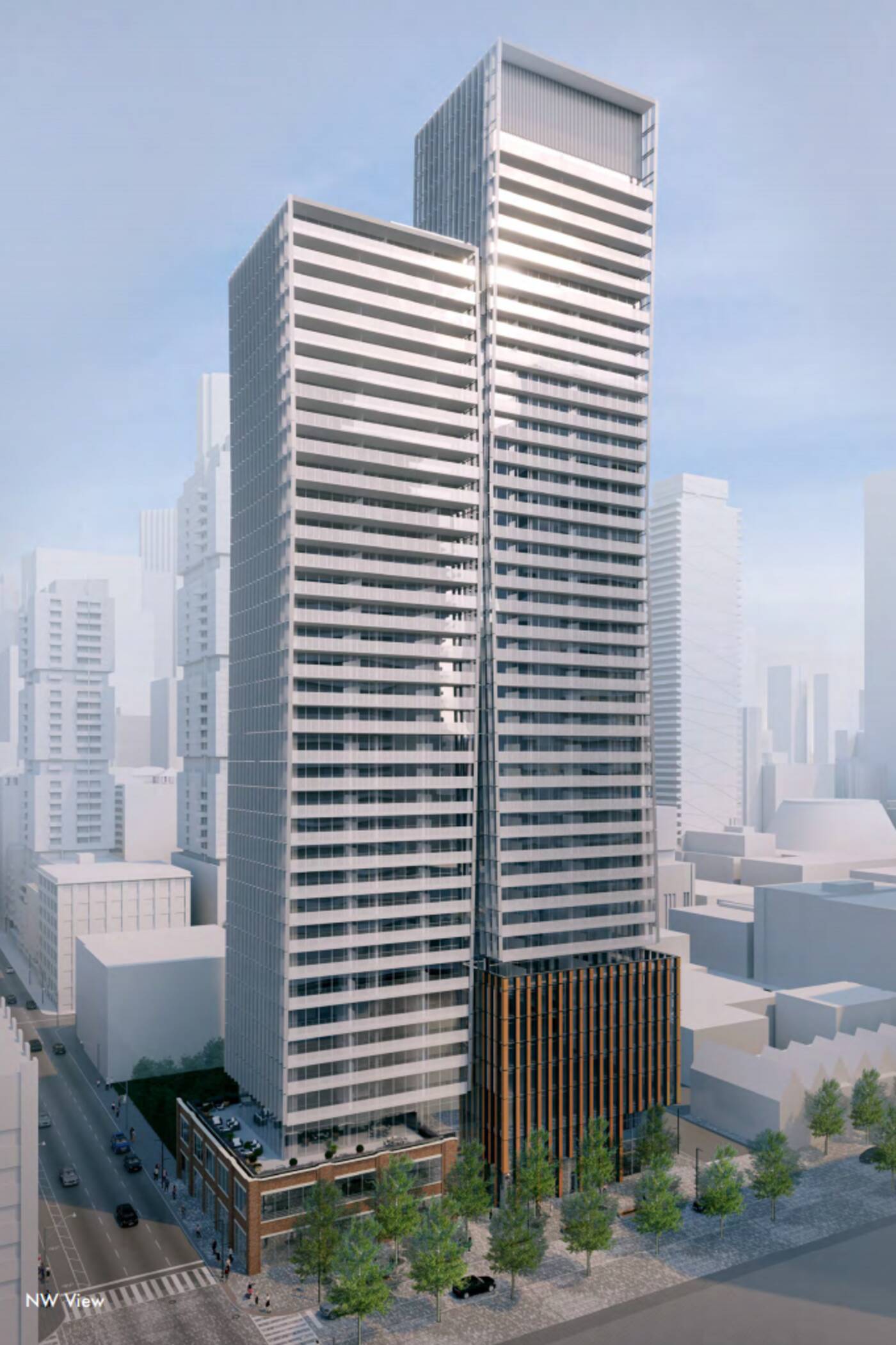 The building at 241 Richmond St. W. is encorporated into the podium of the new tower.  Rendering via City of Toronto Submission by Architects Alliance

The conservation strategy for 241 Richmond St. uses a combination of restoration, preservation, and rehabilitation to conserve the heritage value of the warehouse-form building, the proposal states.

The podium of the new tower would be comprised of a two-storey heritage warehouse building at the north, with a seven-storey massing to the south composed of vertical terracotta elements that alternate with glazing to acknowledge the fabric and texture of John Street, the proposal reads. 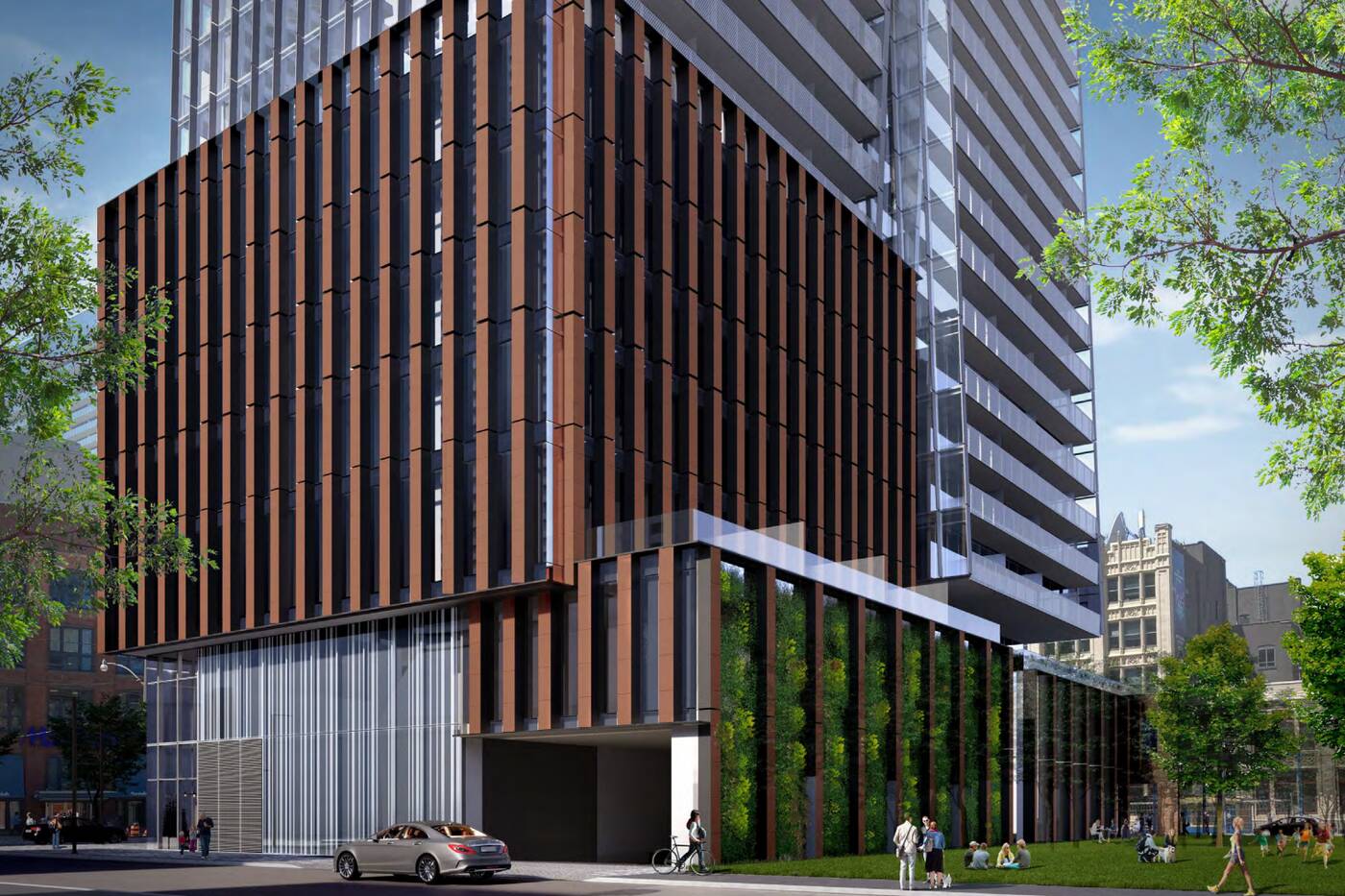 The tower has an asymmetrical design.   Rendering via City of Toronto Submission by Architects Alliance

The new development would be "asymmetrical in size and shape that is echoed at both the podium and the tower."

The development is a long way from starting and needs a zoning bylaw amendment approval before proceeding.

There is no community meeting date set for the proposal.

Rendering via City of Toronto Submission by Architects Alliance