New zoning bylaw amendments that were just adopted by Toronto and East York Community Council could mean major difficulties for any new builds slated for a sizeable portion of downtown — mainly, that they will now be subject to new height limitations that aren't exactly in line with the majority of condos going up in the city right now.

The changes were quietly pushed through on Wednesday after a number of public consultation meetings, and will be considered by City Council on May 5.

They dictate that developers eyeing certain neighbourhoods will have to keep projects below, in most cases, 30 metres or 10 residential storeys, along with abiding by other new restrictions for density, setback distances and more.

This is so ridiculous. In 10 years this neighborhood will be the best connected in the city. Sandwiched between the financial district and east harbor, 2 subway stops, tons of access to jobs and transit.

The affected areas include Corktown, Old Town, the West Don Lands and a portion of Queen Street East, all of which fall within the King-Parliament area, which the city is focusing revitalization efforts on.

The exact bounds are Queen Street East south to the Gardiner (minus a chunk near the Esplanade) and Jarvis to the Don Valley Parkway. The historic Distillery District, which falls in this catchment, will continue to abide by its own site-specific zoning bylaws. 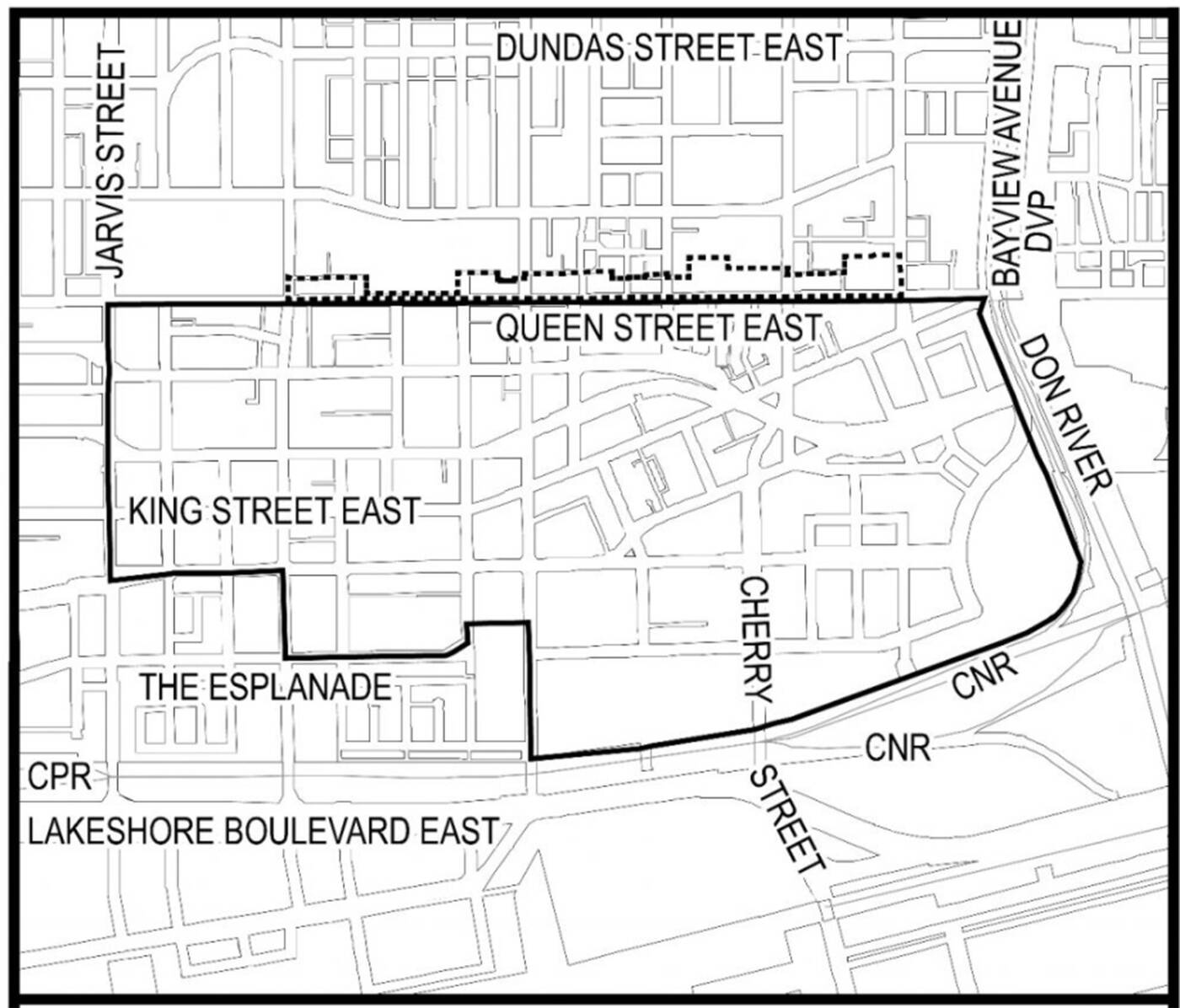 The swath of the city where the new limits will be implemented. Map from the City of Toronto's King-Parliament Secondary Plan Review Overview.

Architecture critic and urbanism expert Alex Bozikovic, who shared the little-known news to Twitter on Wednesday, deemed the new constraints "profoundly bad policy" that will have a drastic impact future economic development in the ever-growing city, especially given the area's proximity to the heart of the city. 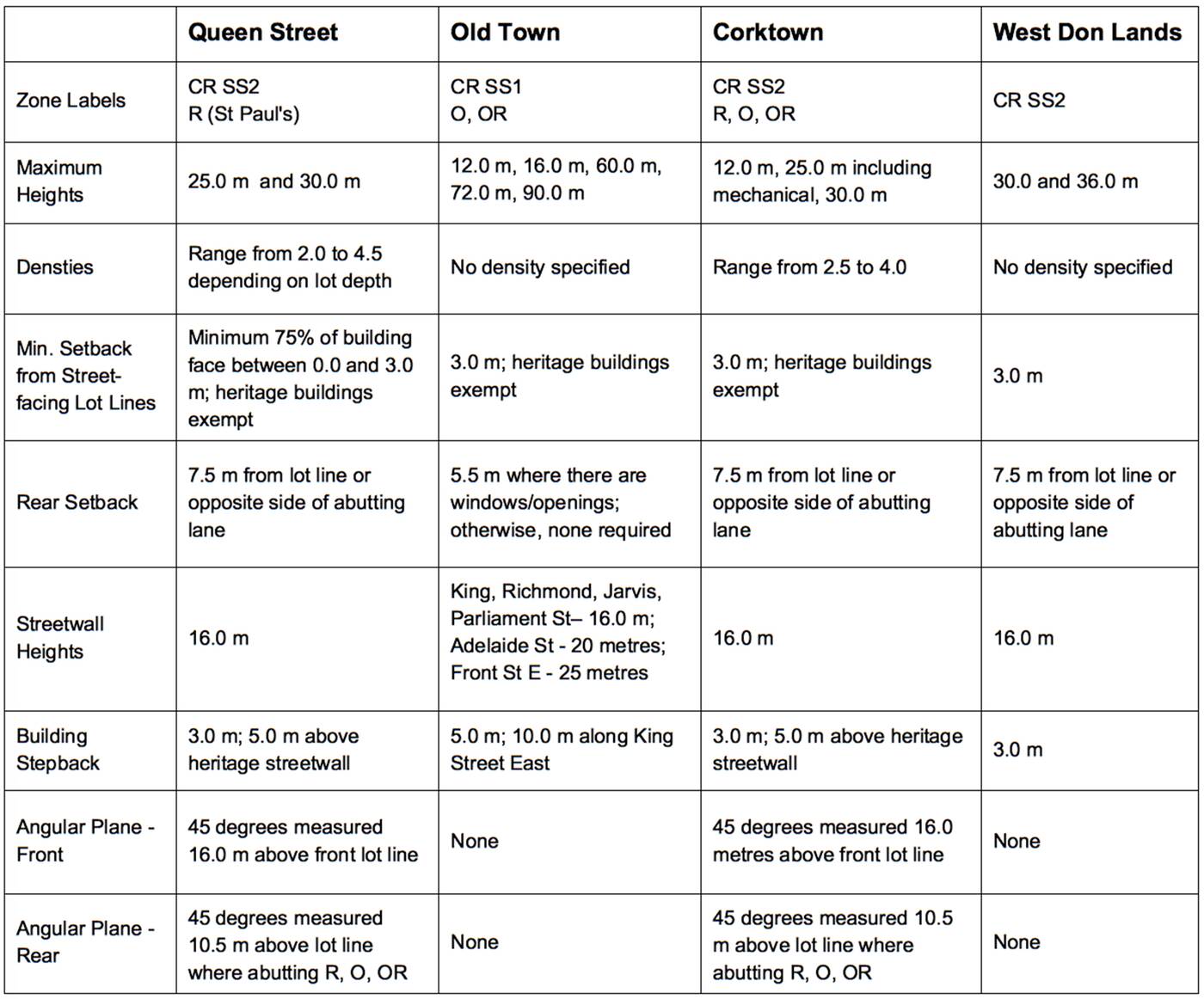 Among the 700 or so people that the City says participated in community engagement events for the review, concerns included the consequences of development on heritage structures and traffic levels in the area, as well as worries that there aren't enough amenities to serve a substantially higher density of residents.

"Shadowing," the fairly minor effect of shadows cast by taller buildings, was also mentioned and apparently taken into account when creating these new regulations, which many fear will impact the progression of the neighbourhood.

As always, there is a difficult balance to reach between providing more residences, offices, and businesses amid a housing crisis and rapidly expanding population, and then preserving the very few historic structures we have left in the city, as well as maintaining the neighbourhood character that attracts people in the first place.

The machinery of planning always favours anti-development locals. Even here *in the downtown* of the country’s fastest-growing city. 6/

Other focuses of the King-Parliament plan are conserving local heritage — structures and architecture included — improving road safety for cyclists and pedestrians, as well as enhancing parks and the public realm in general.