A mansion for sale in Markham adds new meaning to the expression "hot property."

If the home listed for sale at 5 Decourcy Court in Markham looks familiar, that's because it was in the news recently. 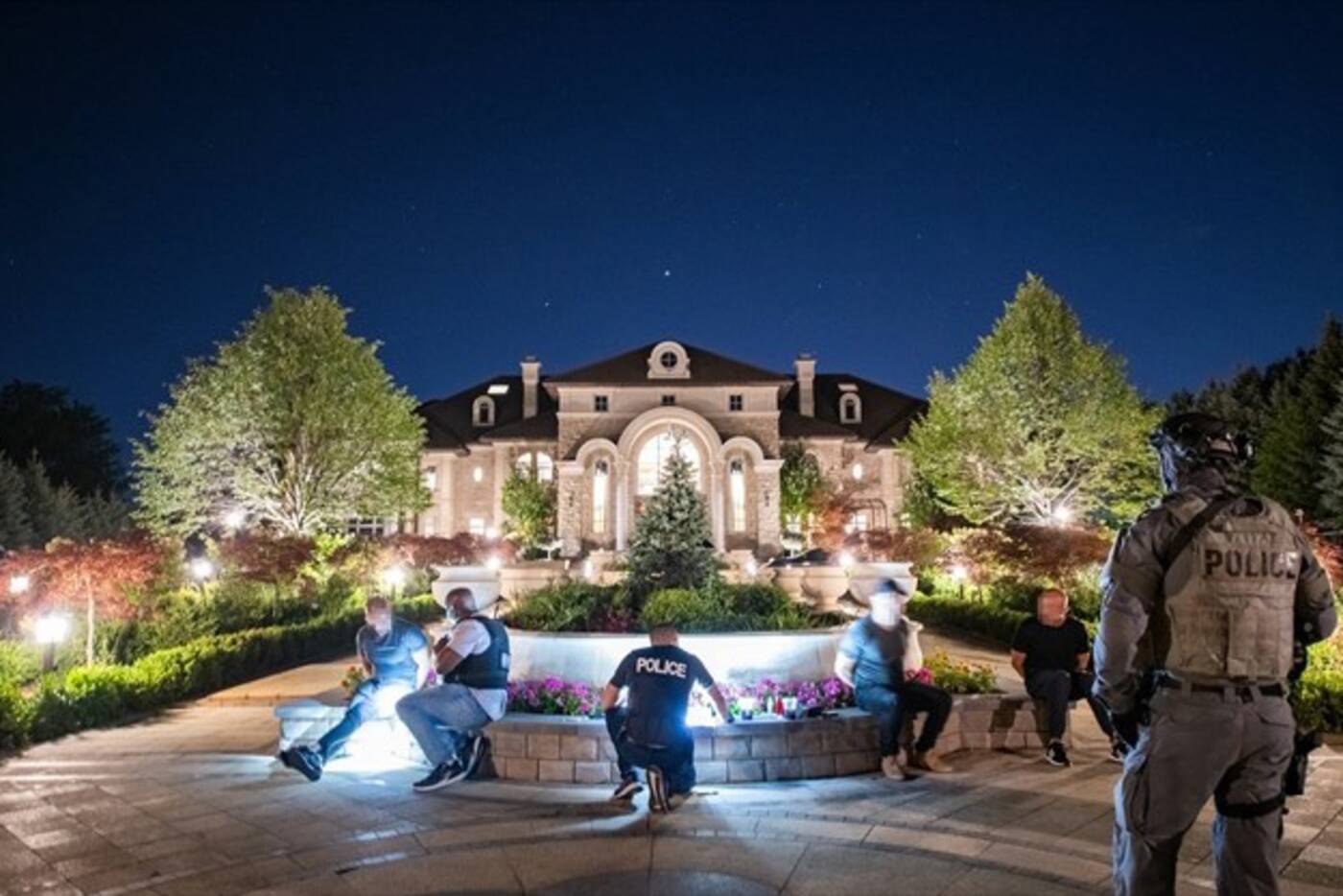 The home at 5 Decourcy Court in Markham was the subject of a raid in July. York Regional Police photo

The property was the subject of a James Bond-esque bust for an illegal casino on July 23 last year.

This $9 million Decourcy Court palace in #Markham was the site of a high-end illegal casino and spa operation recently shut down by @YRP investigators as part of Project Endgame. More at https://t.co/3m7Ct9rNDe. pic.twitter.com/waUAx6yXC4

York Regional Police called the home at 5 Decourcy Court a 20,000 square foot, $9-million "palace." It housed an underground casino and spa that law enforcement had been looking into since May. 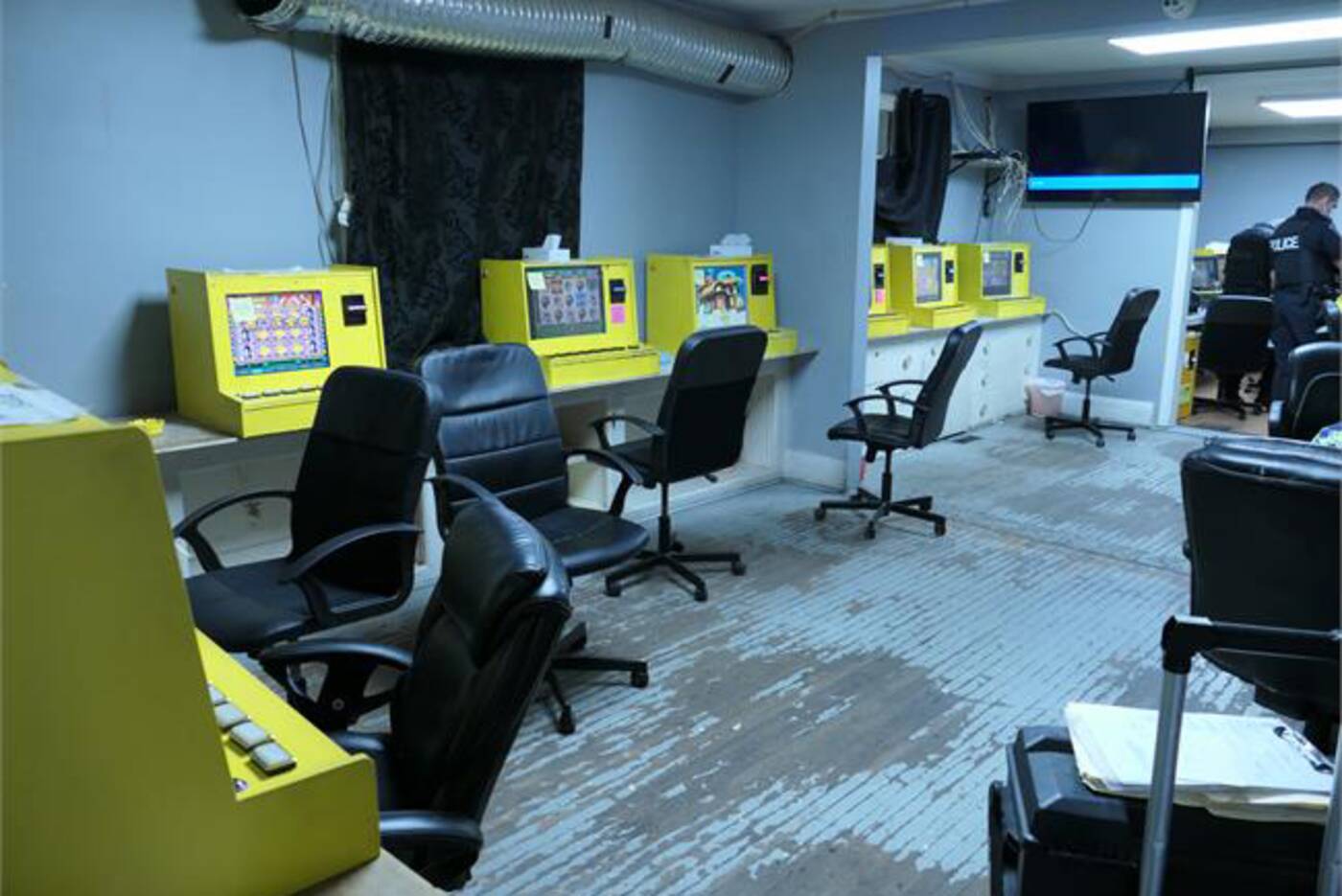 In what was dubbed Project Endgame, tactical teams raided the property and found a "high-end illegal casino."

Thirty-two people were arrested at the house, 11 firearms with ammunition were seized, along with more than $1 million in cash, gaming machines and tables, as well as more than $1.5 million in alcohol. 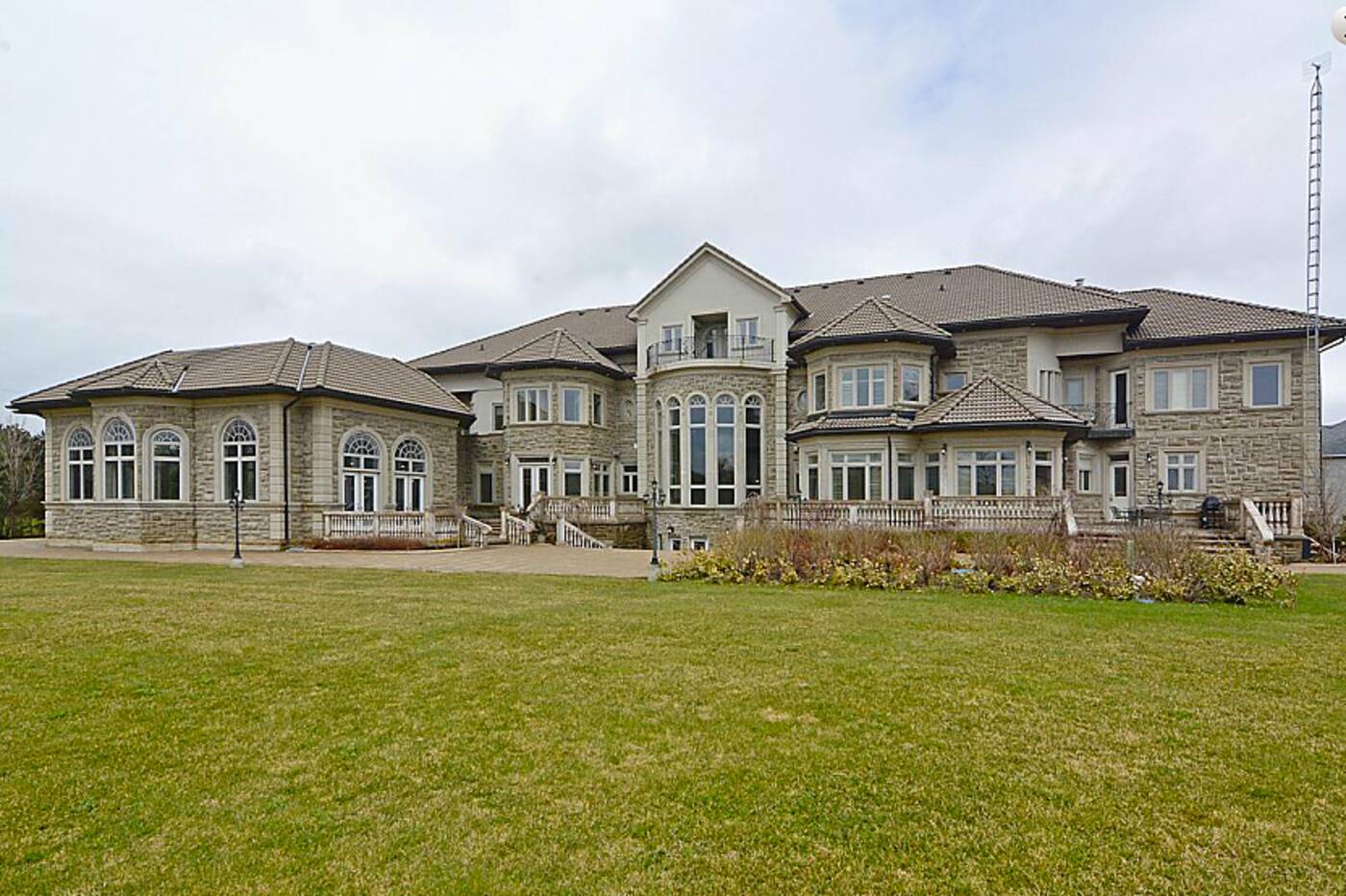 The home at 5 Decourcy Court in Markham is listed for sale. Photo via Homes of the Rich

It seems like the property has now been released, and with rising prices, it's going for closer to $10 million. 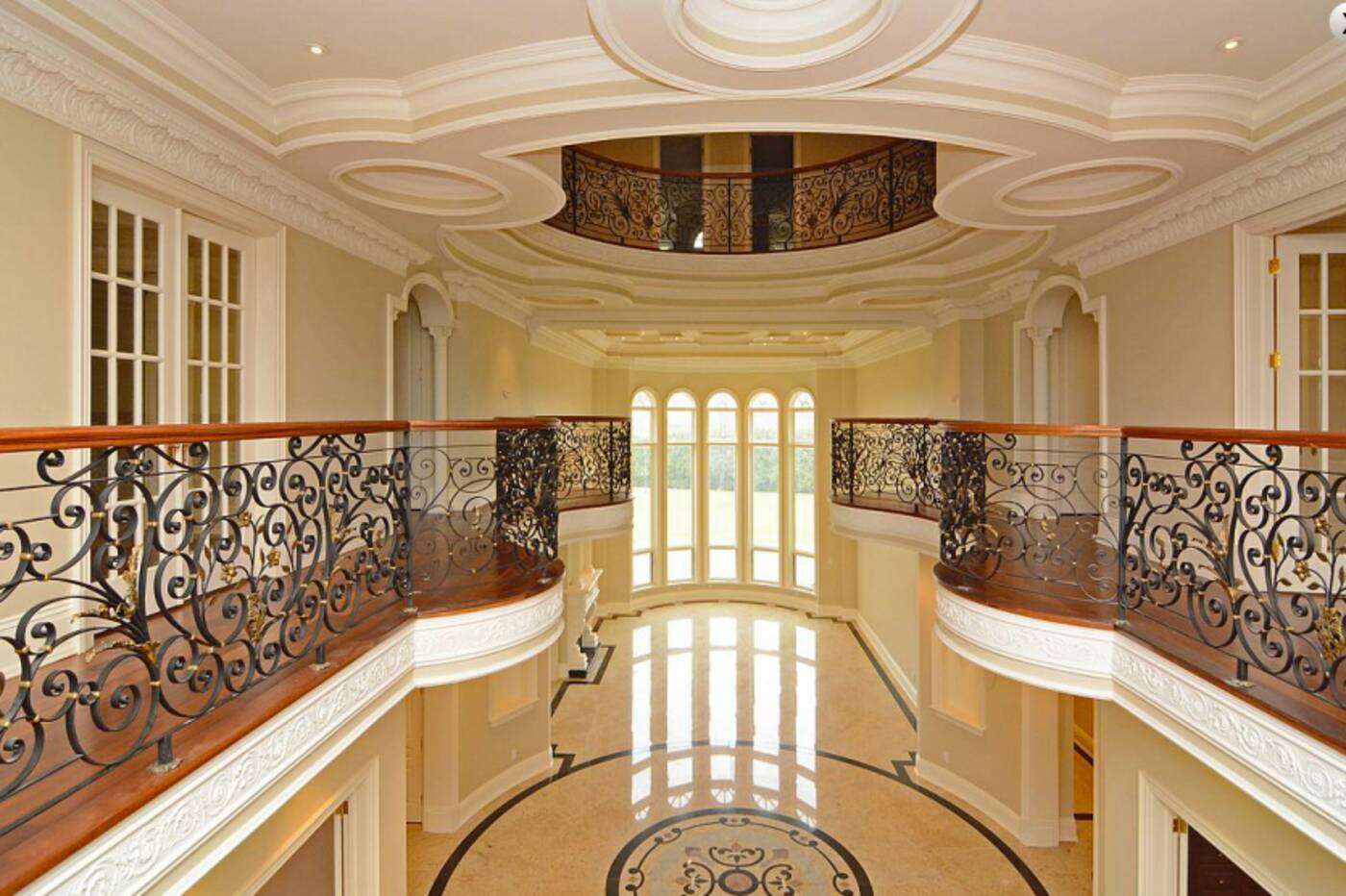 A 2014 home of the home shows an opulent interior.  Photo via Homes of the Rich

Instead, it describes an eight-bedroom, 16-bathroom home with property over 30,000 square feet "for all you need."

Unfortunately, there are no current interior shots of the mansion in the listing but a post from 2014 shows the home in all its opulence when it was first built. 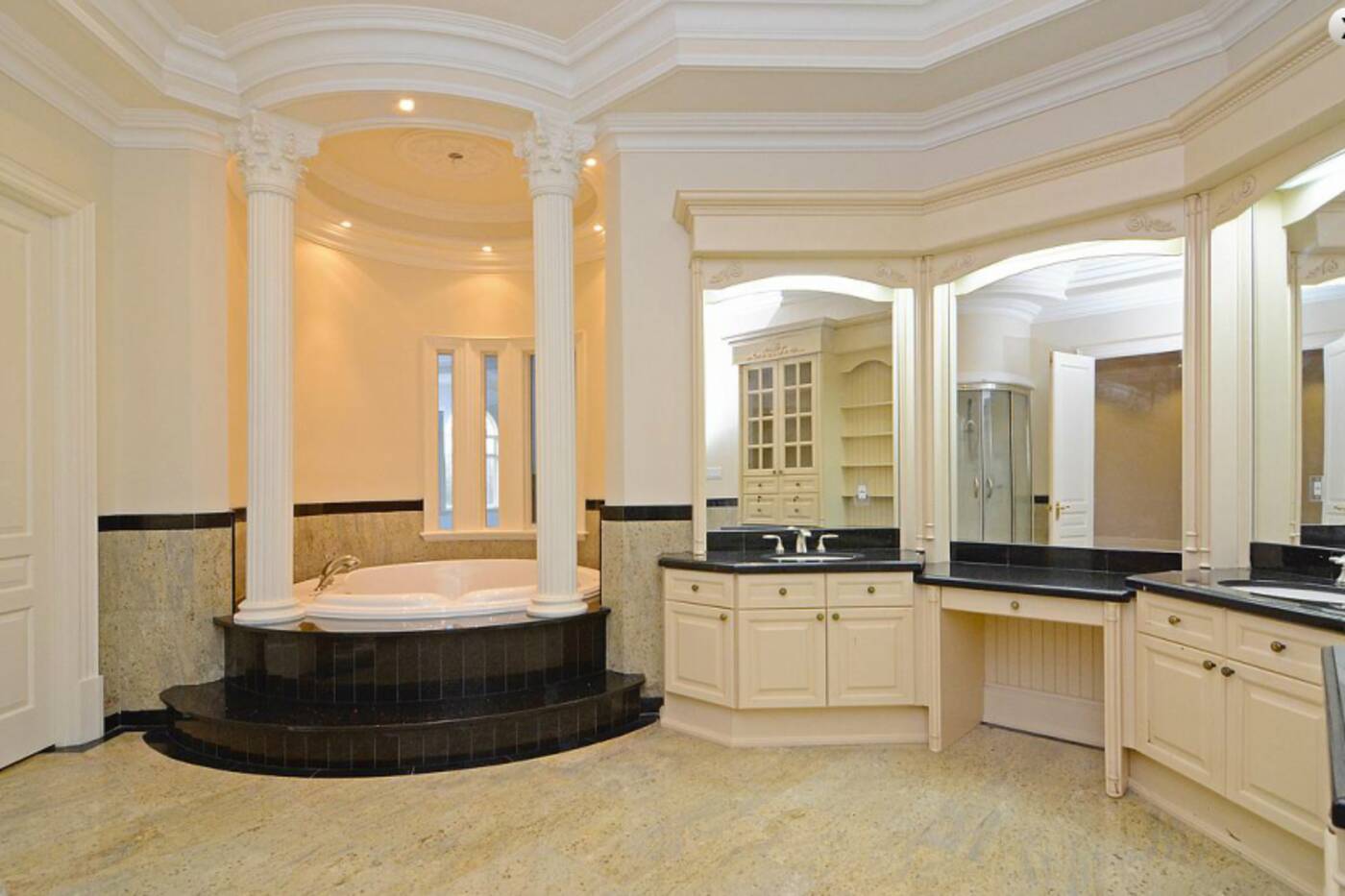 The bathroom in 2014 was luxurious.    Photo via Homes of the Rich

The home has a grand living room with 21.7-foot high ceilings. There is a commercial kitchen, great for large gatherings. 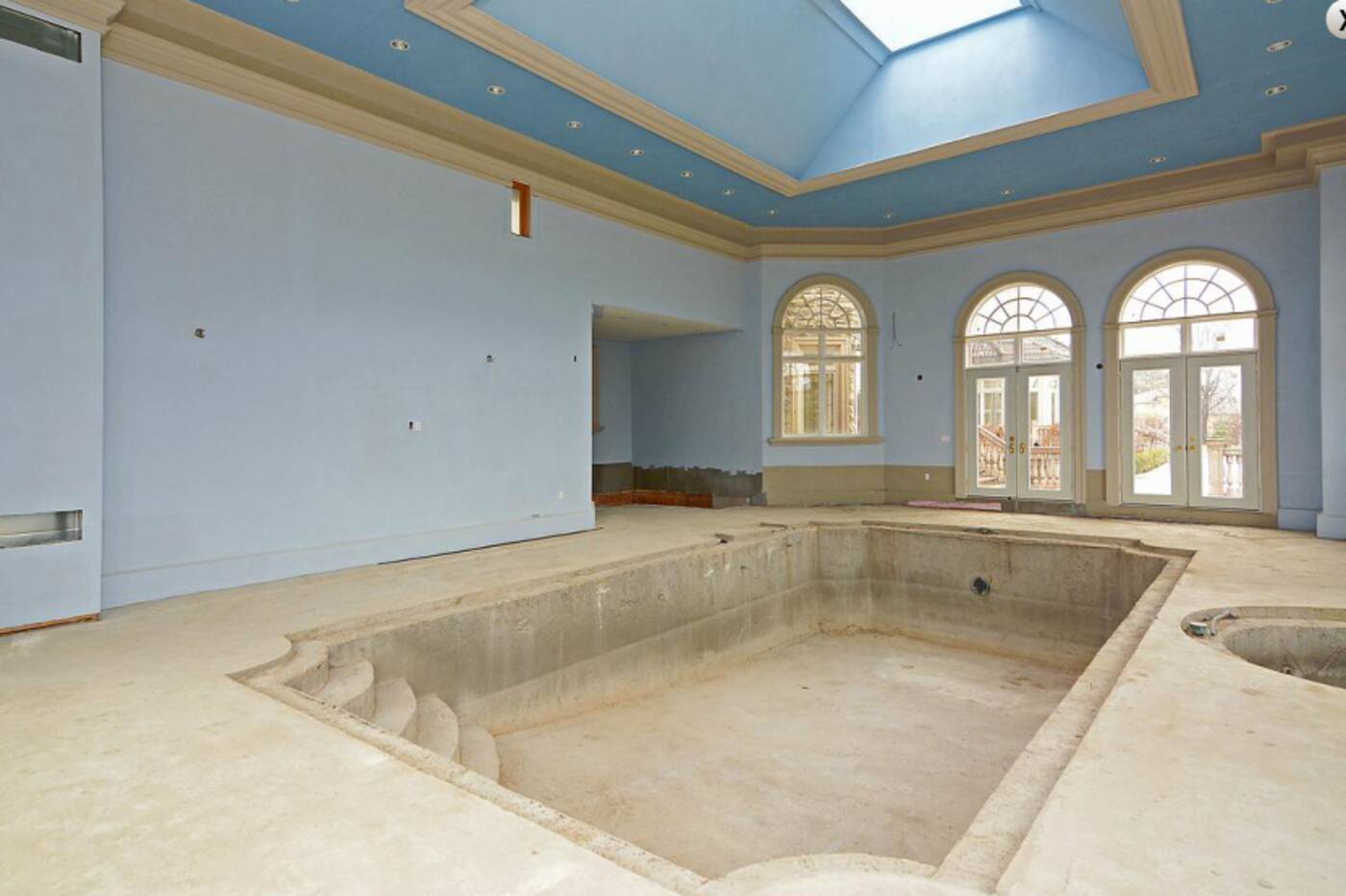 There is an indoor pool with whirlpool spa.     Photo via Homes of the Rich

There are two bedrooms below grade, although it is not clear if they are in the same area as the old underground casino.

It has an indoor swimming pool with a whirlpool spa. 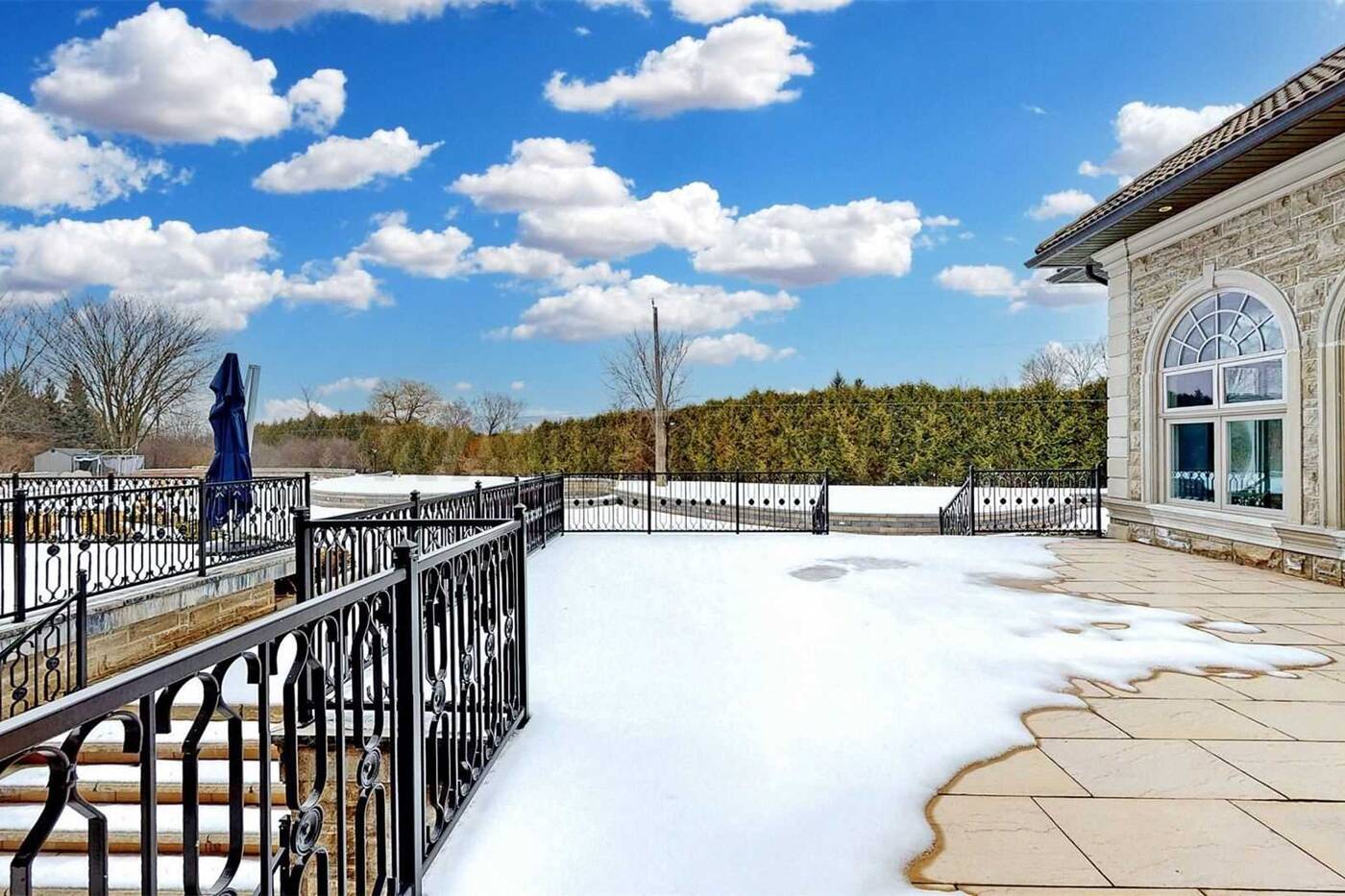 The property is massive.  Photo via Realtor.ca

The driveway is heated, and there is plenty of parking — 24 spots to be exact.

Anyone who likes a bit of history with their home and has $10 million to spend, this might be the perfect place.