This $1.5 million Toronto loft in an old train factory has its own private elevator tube

The authentic hard loft of every millenial's brick-walled bougie dreams is currently up for sale in a former Toronto train factory — and, while too pricey for most of us to afford, it's spectacular.

Located at the historic Foundry Lofts in Wallace-Emerson (near the Junction Triangle), the unit boasts a staggering 2,500 square feet of space across three floors.

One might almost venture to say that $1,499,000 is actually a pretty good price for that much space, by Toronto standards. If true, that means it'll likely sell for more than what's being asked, though it's easy to see why. 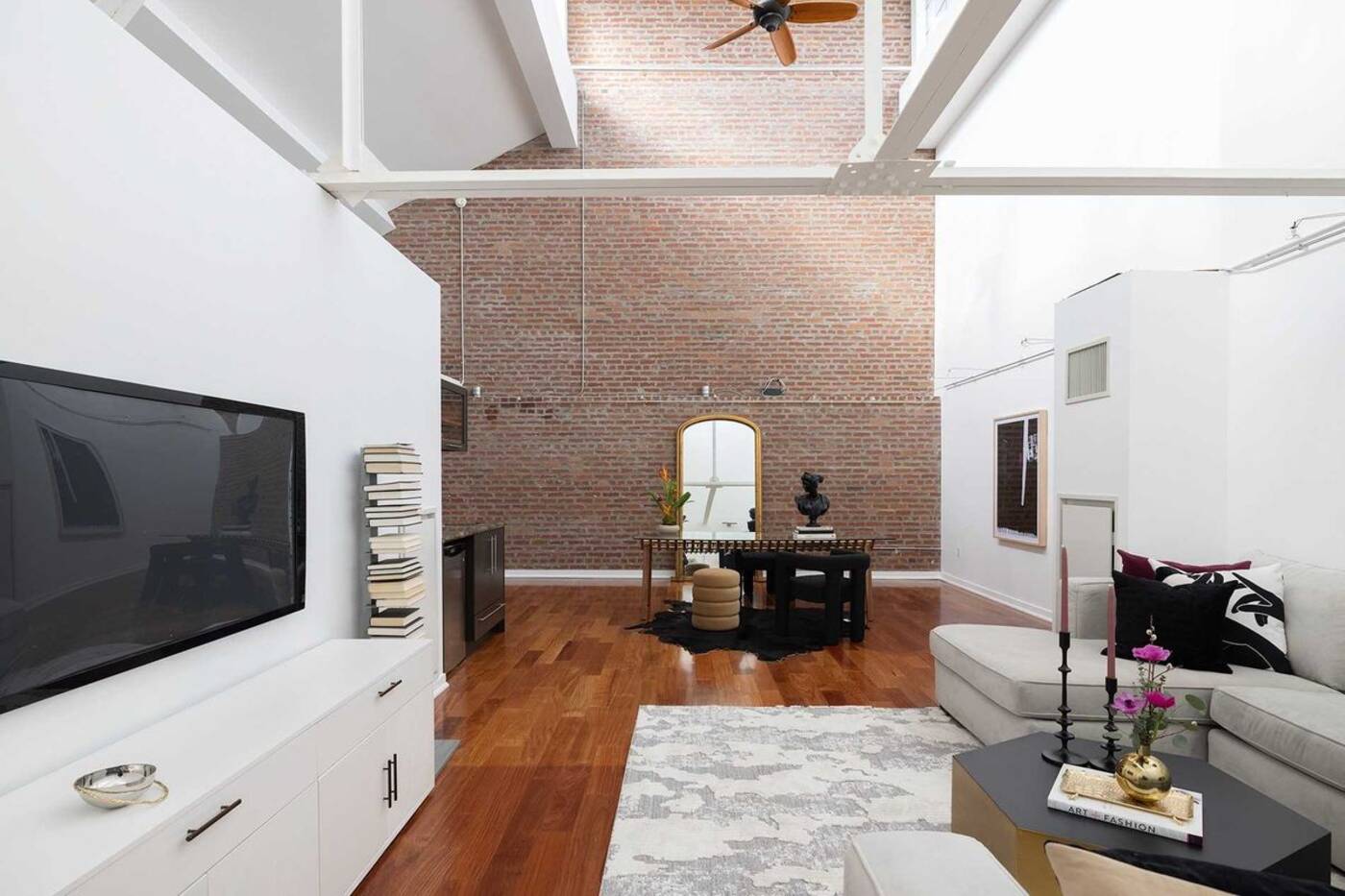 "Loft with an elevator, livin' it up while I'm going down," reads the listing for Unit 339 at 1100 Lansdowne Ave. "Absolute showstopper loft with 3 levels and a private elevator servicing all three floors." 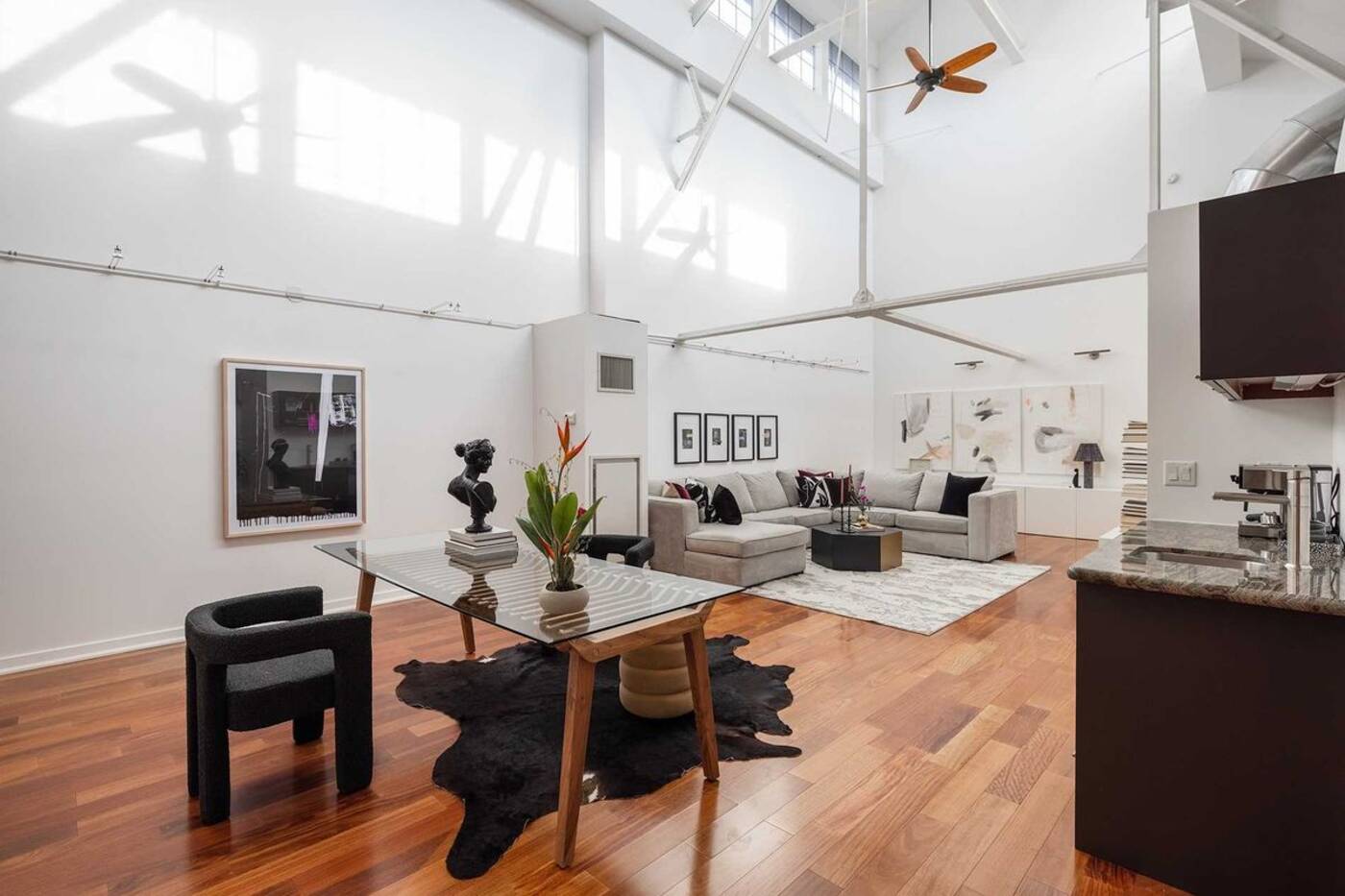 And not just any elevator, either, but an elevator within a futuristic-looking tube. 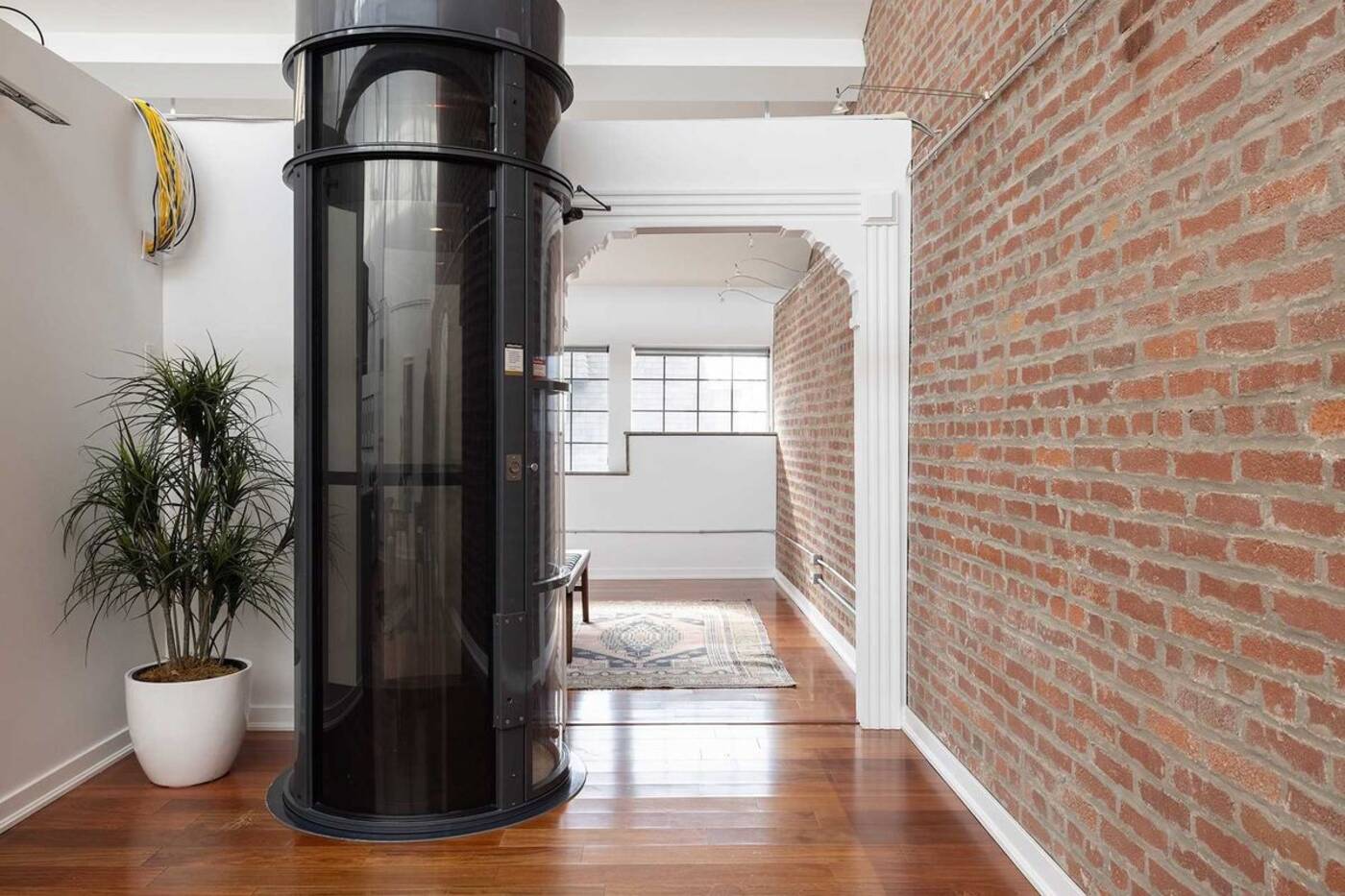 And that's only where cool begins in this land of 27-foot ceilings. 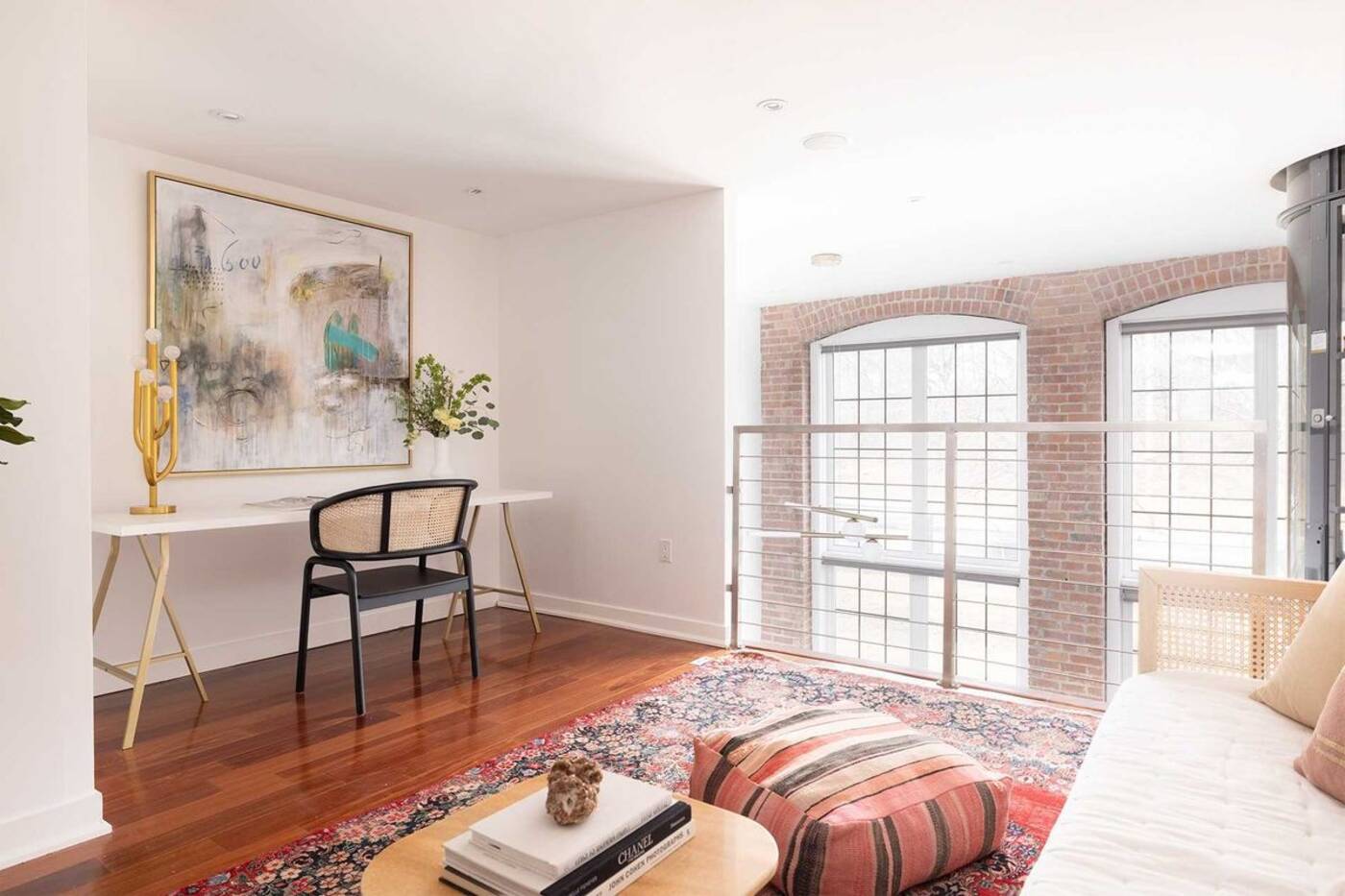 First off, there's all of the dreamy exposed brick, beams and ducts. 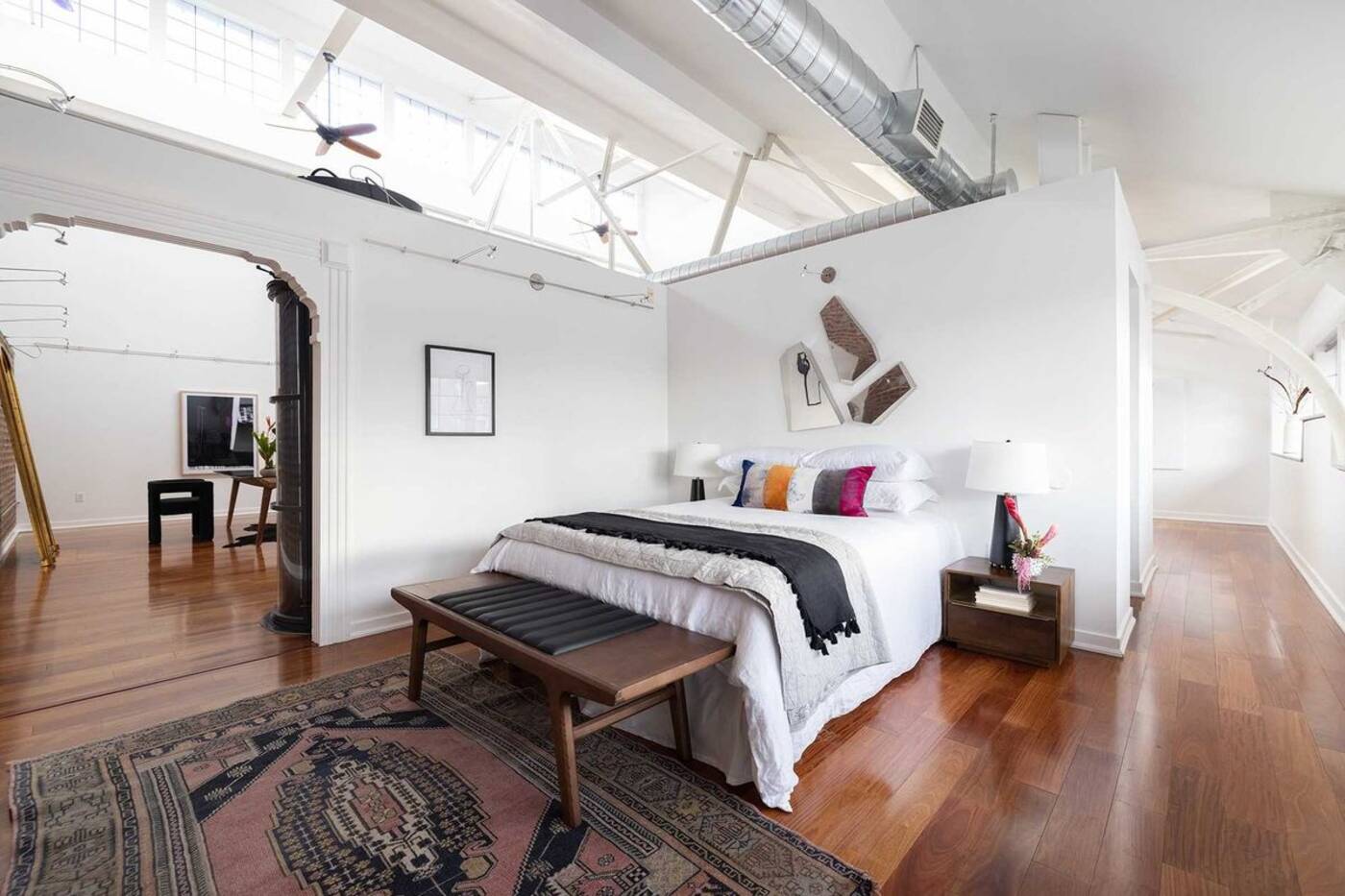 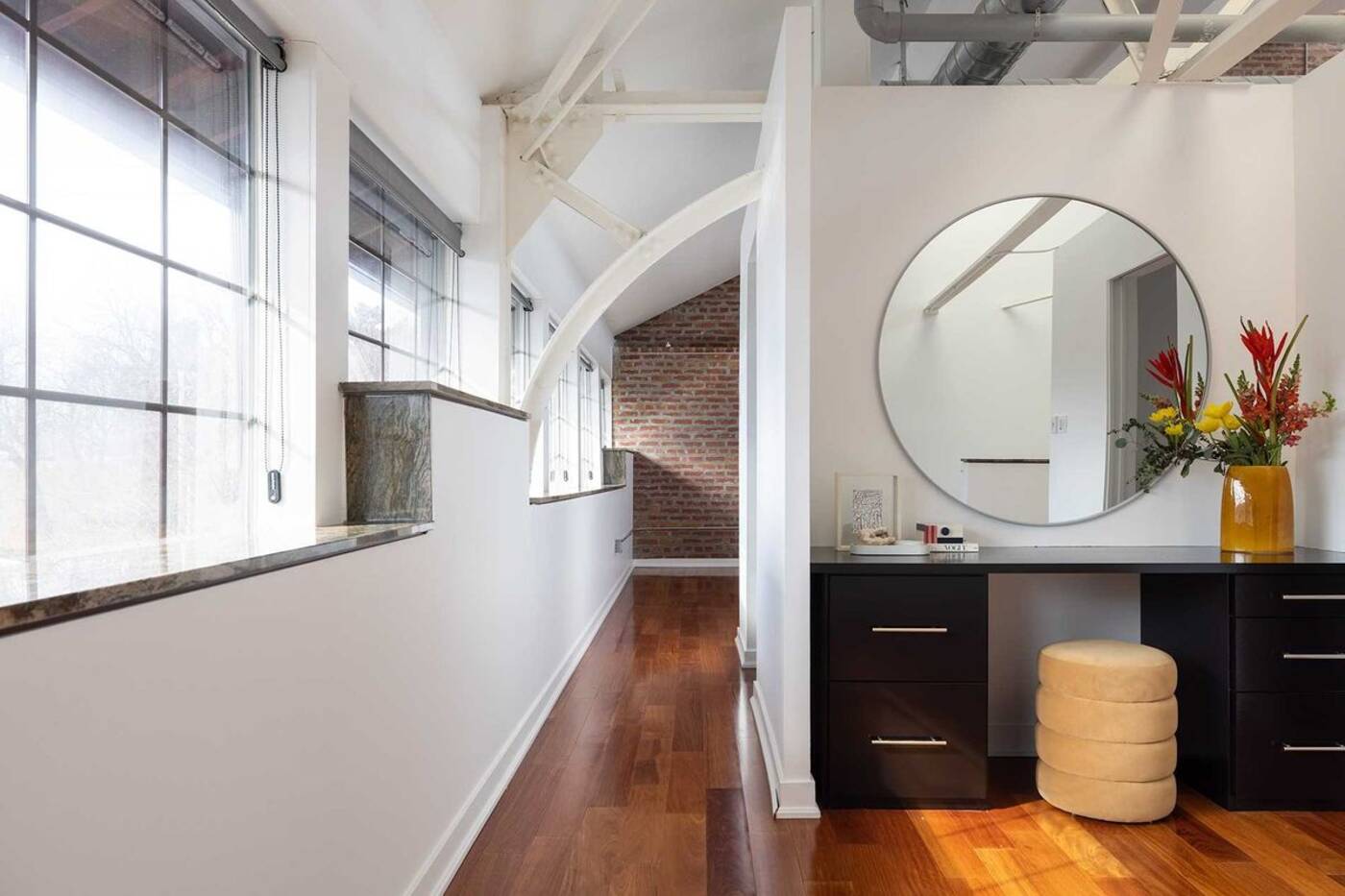 ... as do warehouse-style windows running across the top of the unit. 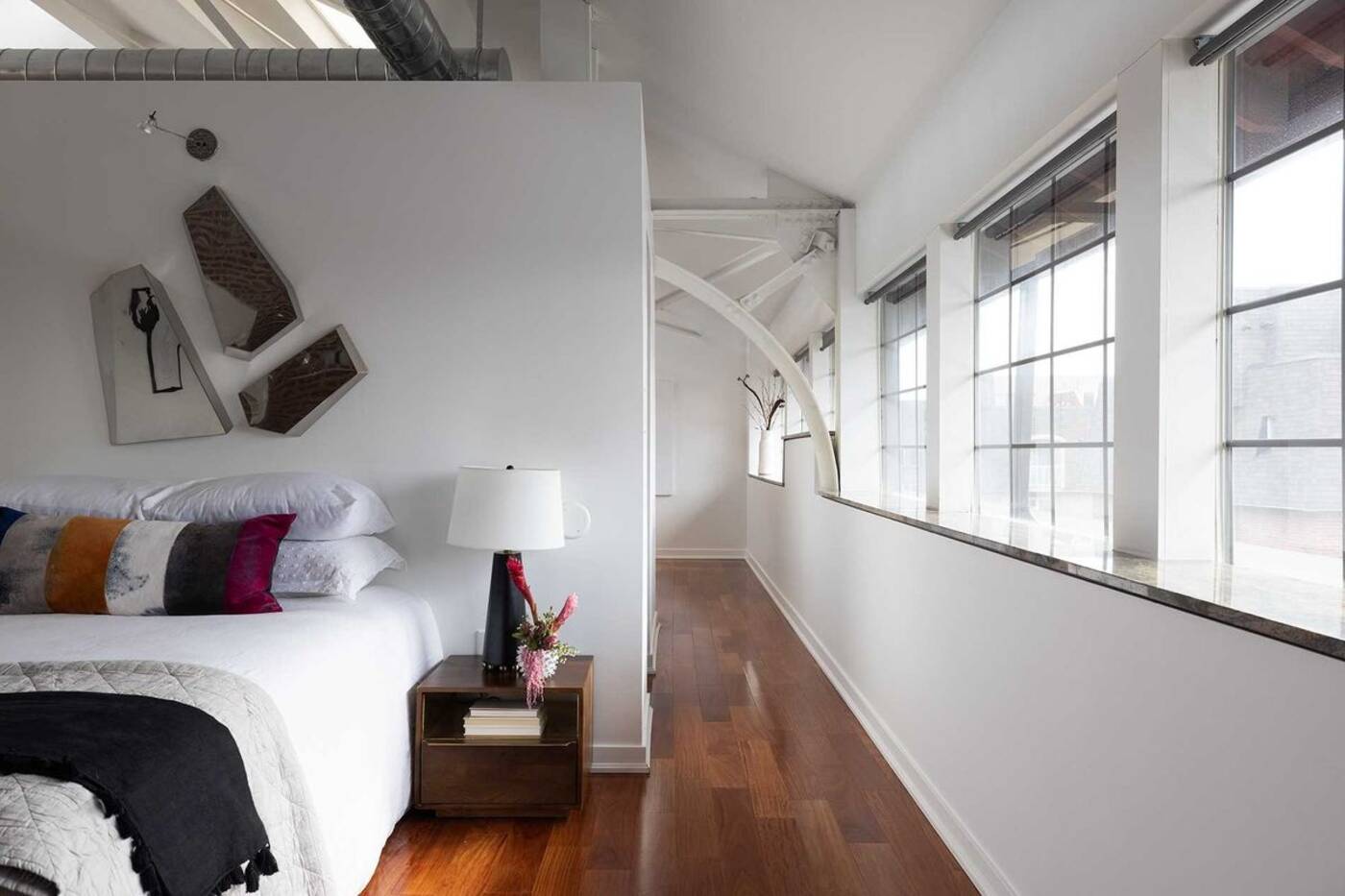 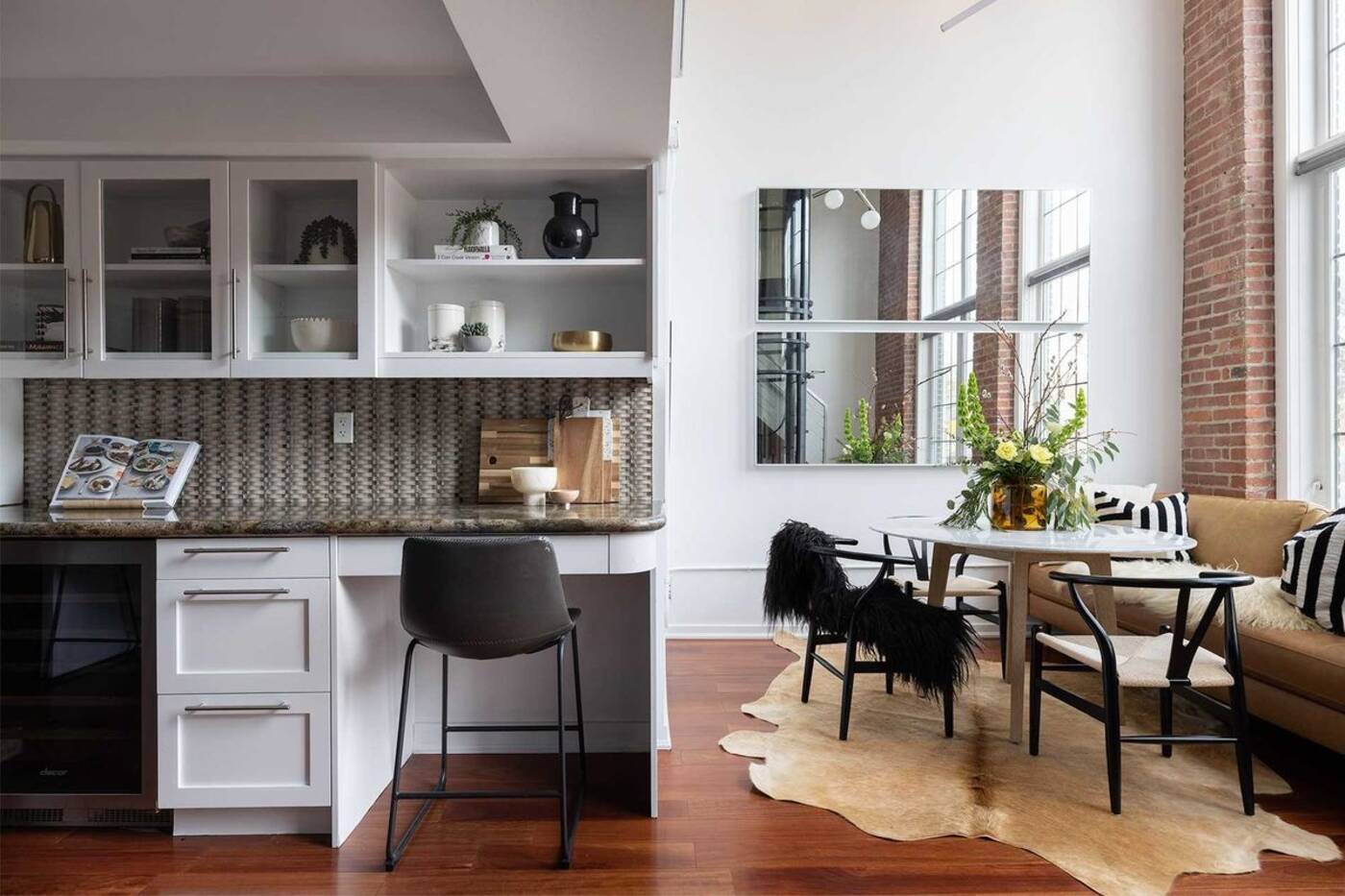 The tube elevator connects all three floors in stylish fashion, perfect for buyers with limited mobility and those who simply love the idea of having a private elevator. 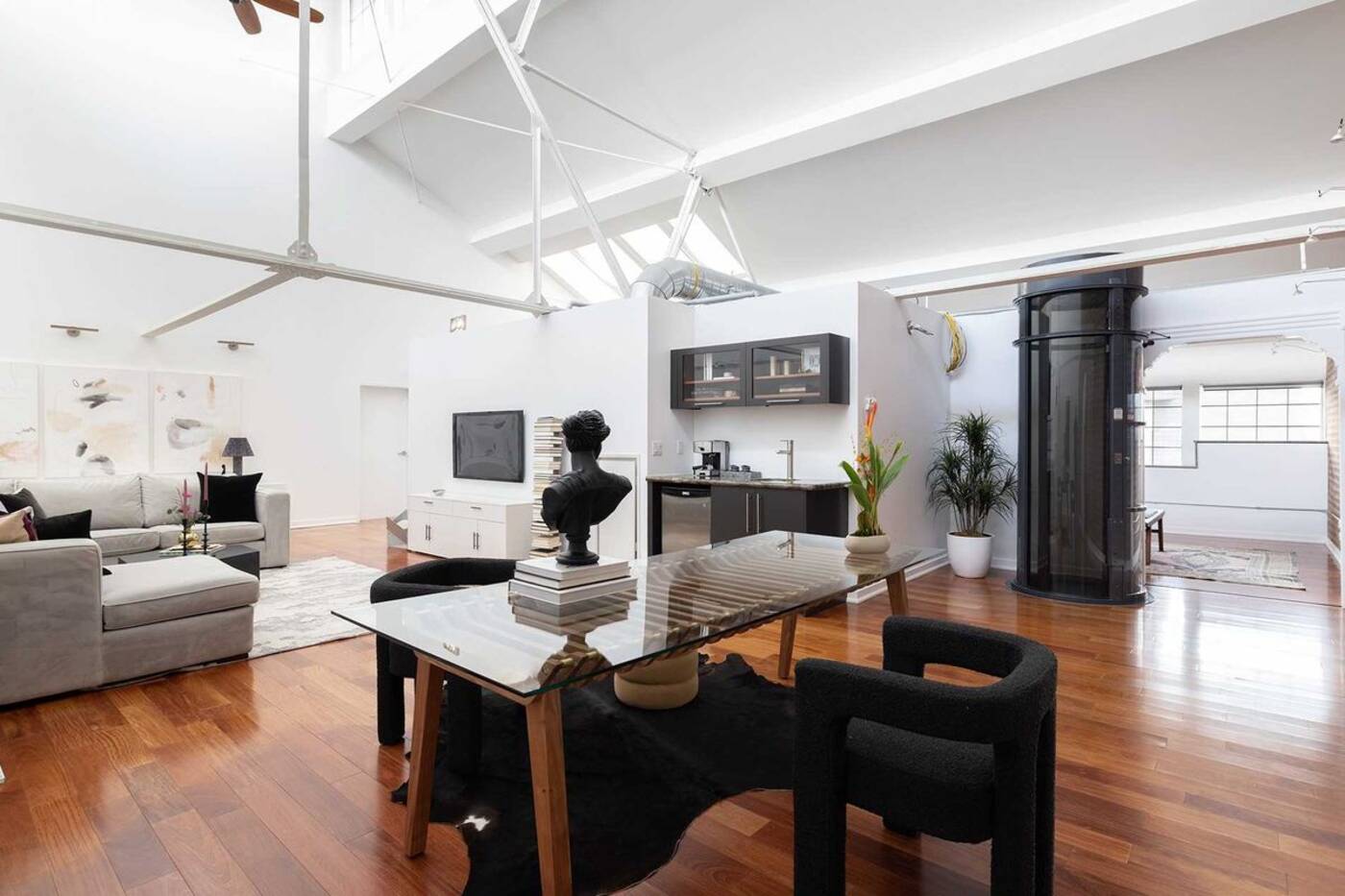 In total, the soaring loft boasts two bedrooms, a den and four bathrooms. 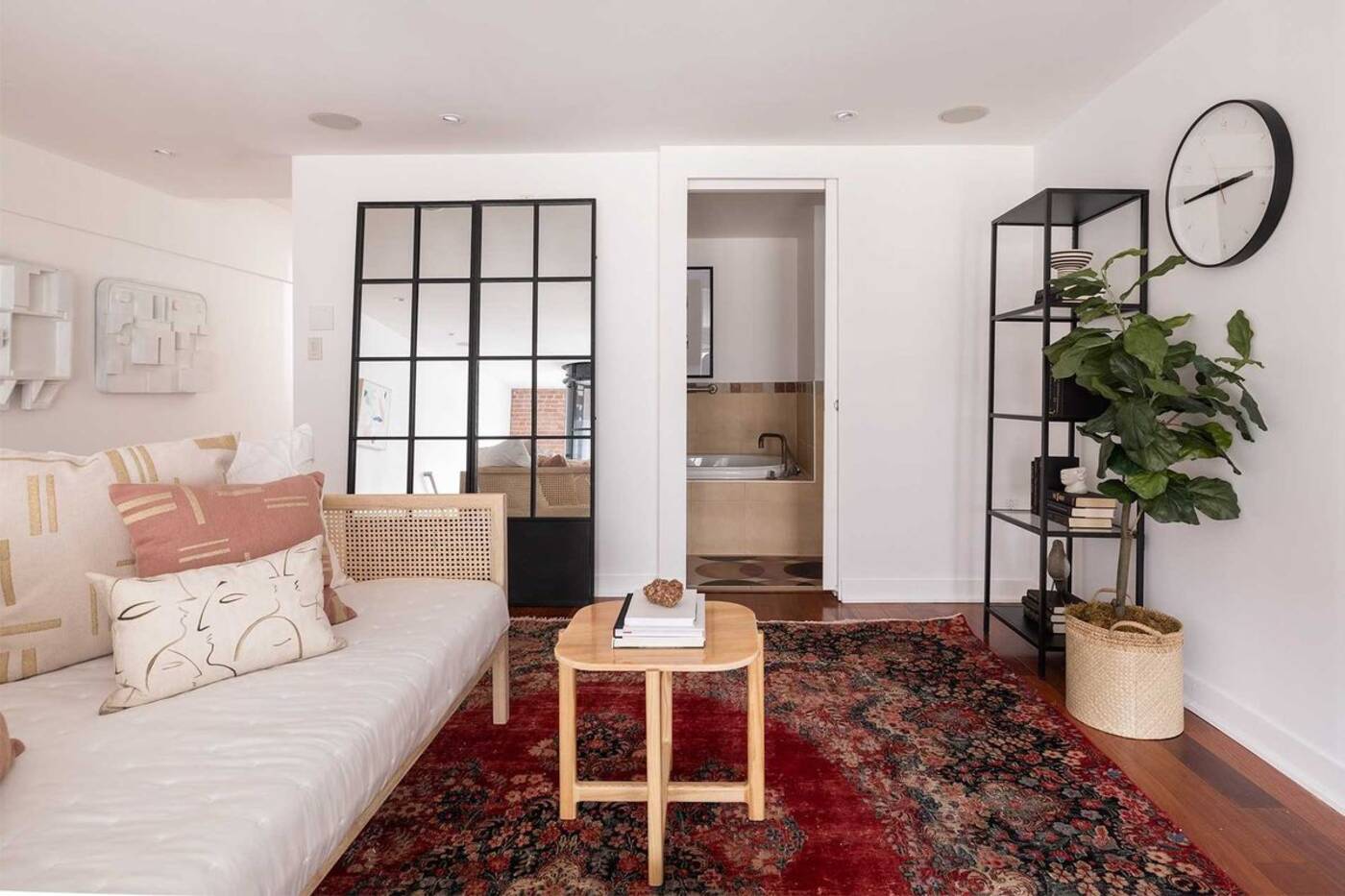 The master has its own kitchen area, vanity, living room and walk-in closet. 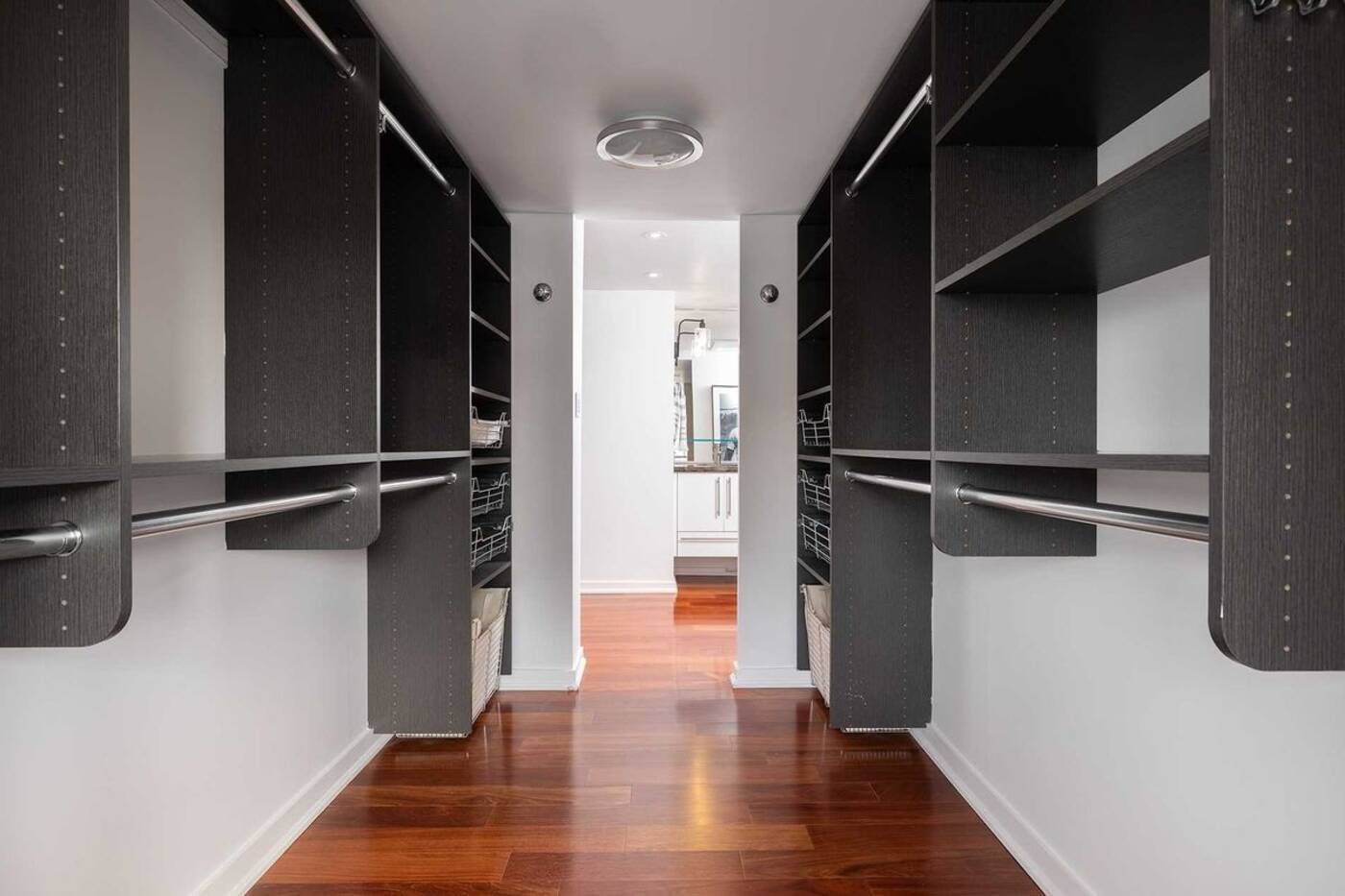 Realtors at Sage describe the property as "bordering on anarchy magnitude home ownership nirvana" and highlight (among other things) a chef's kitchen with built-in Dacor appliances large enough to "feed an army." 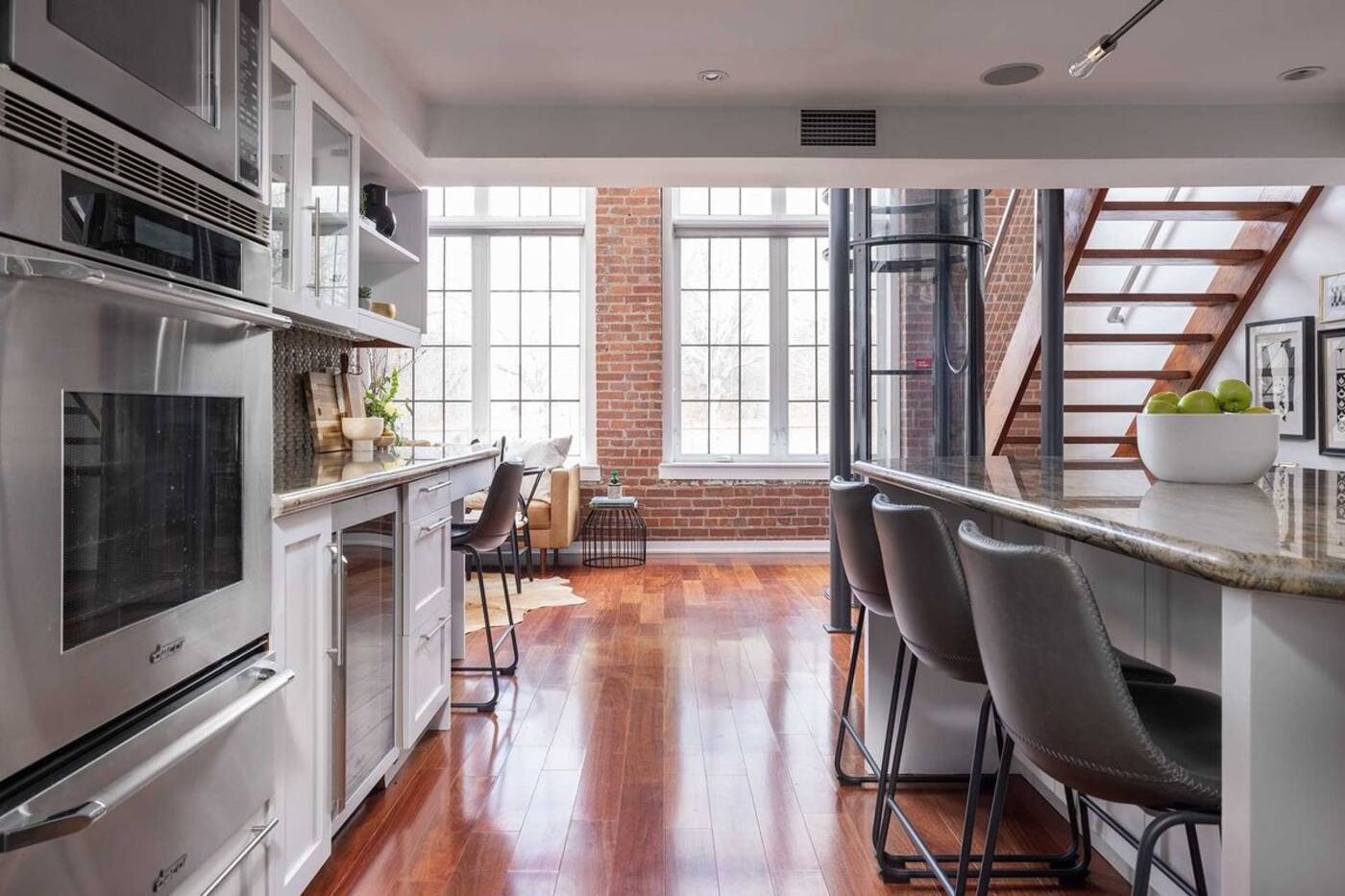 Two underground parking spots and a storage locker are included with the loft, as is access to shared, condo-like amenities such as a theatre, fitness centre, multiple meeting and party rooms.

Not that you'd need to leave your place very much for any of these things. 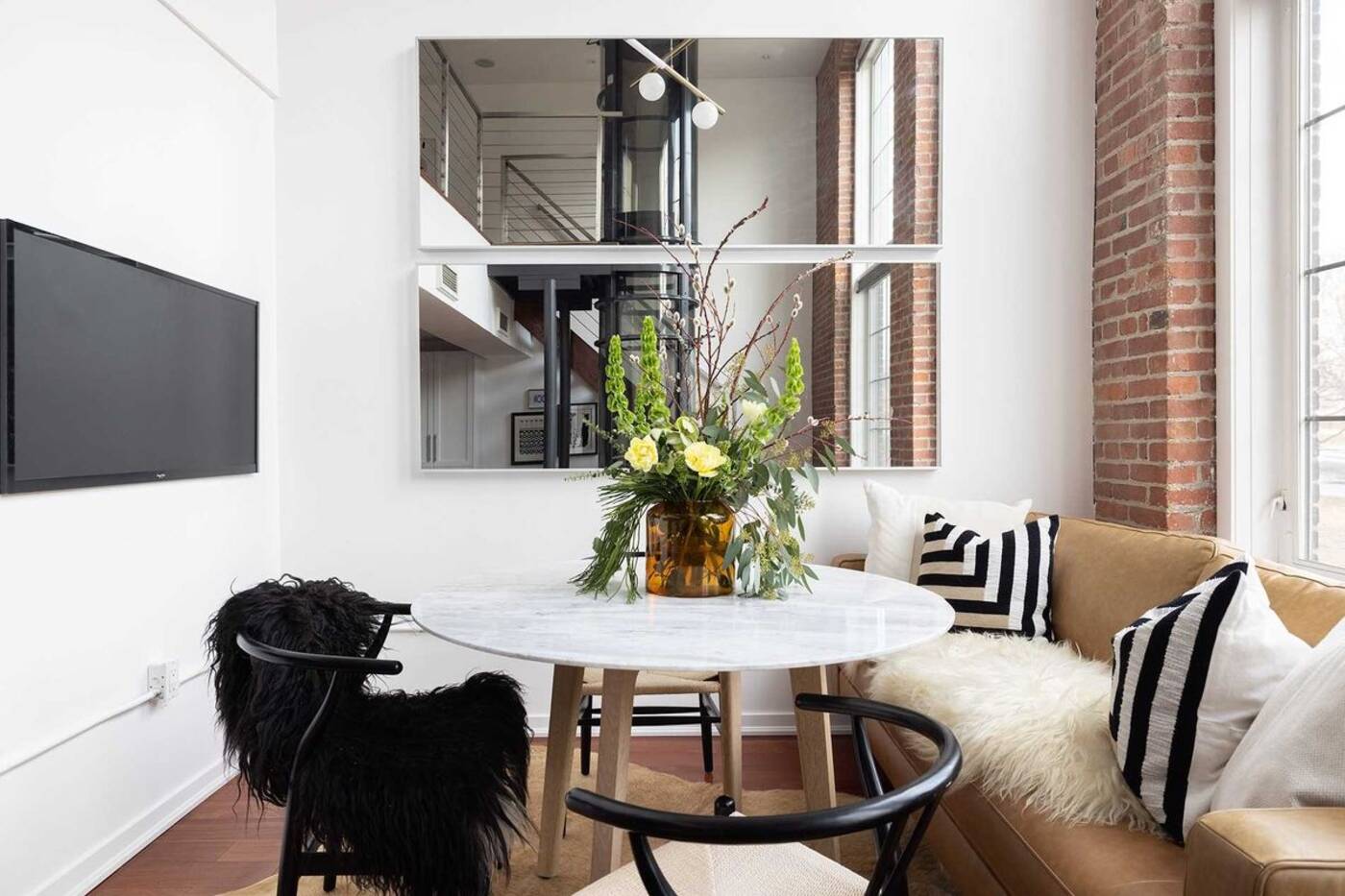 The building itself is actually quite special, known for heritage value, stunning lofts and sense of community.

You see, Foundry has this gorgeous indoor atrium where building "socials" are held, according to Strata, and residents can get the feel of being outside even when it's cold and snowy. Kind of like their own little private, temperature-controlled park. 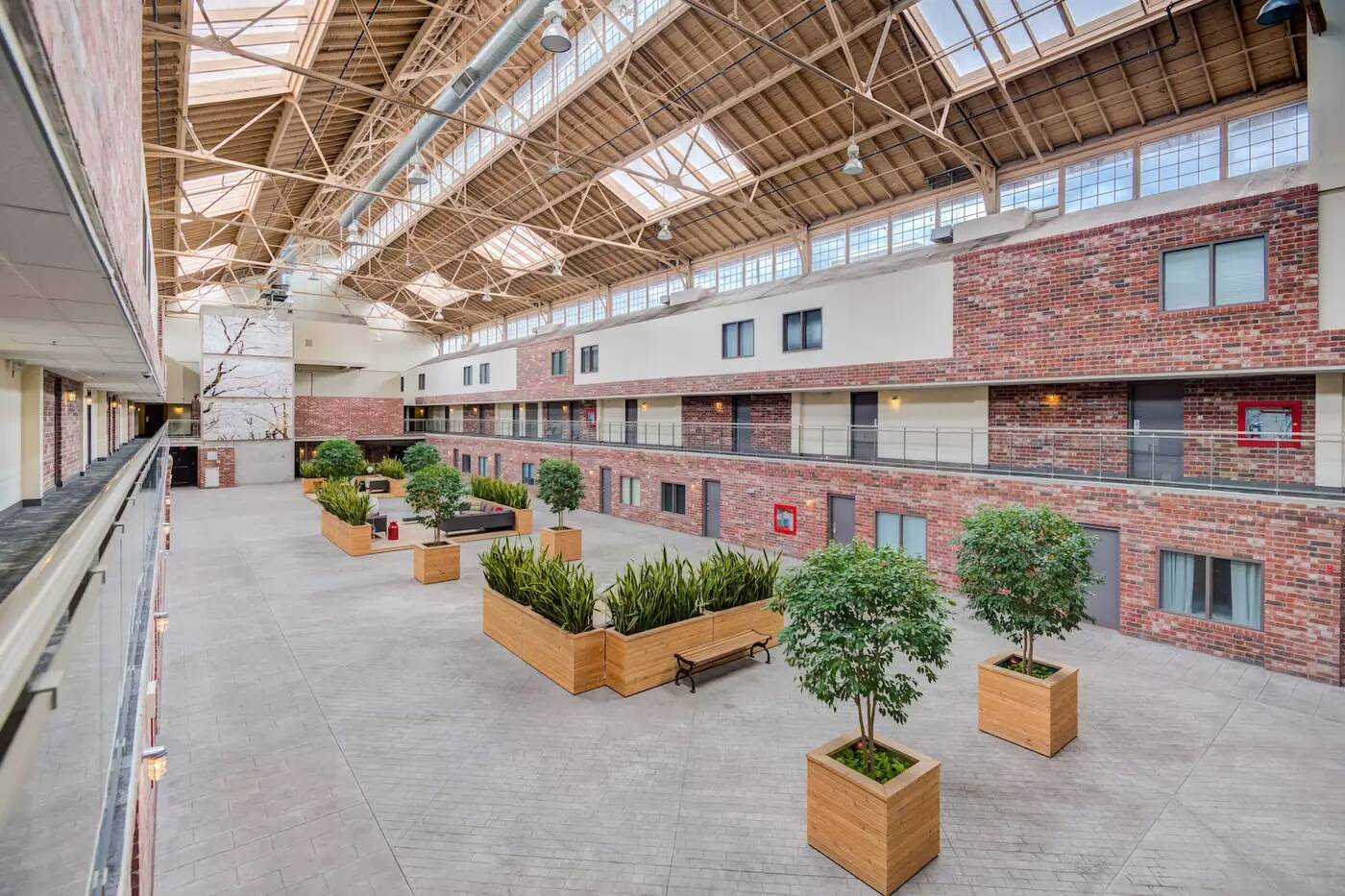 The Canadian Foundry Corporation (CFC) built the structure in 1903 as a factory, which produced everything from railroad tracks to fire hydrants until it closed down in the late 70s. 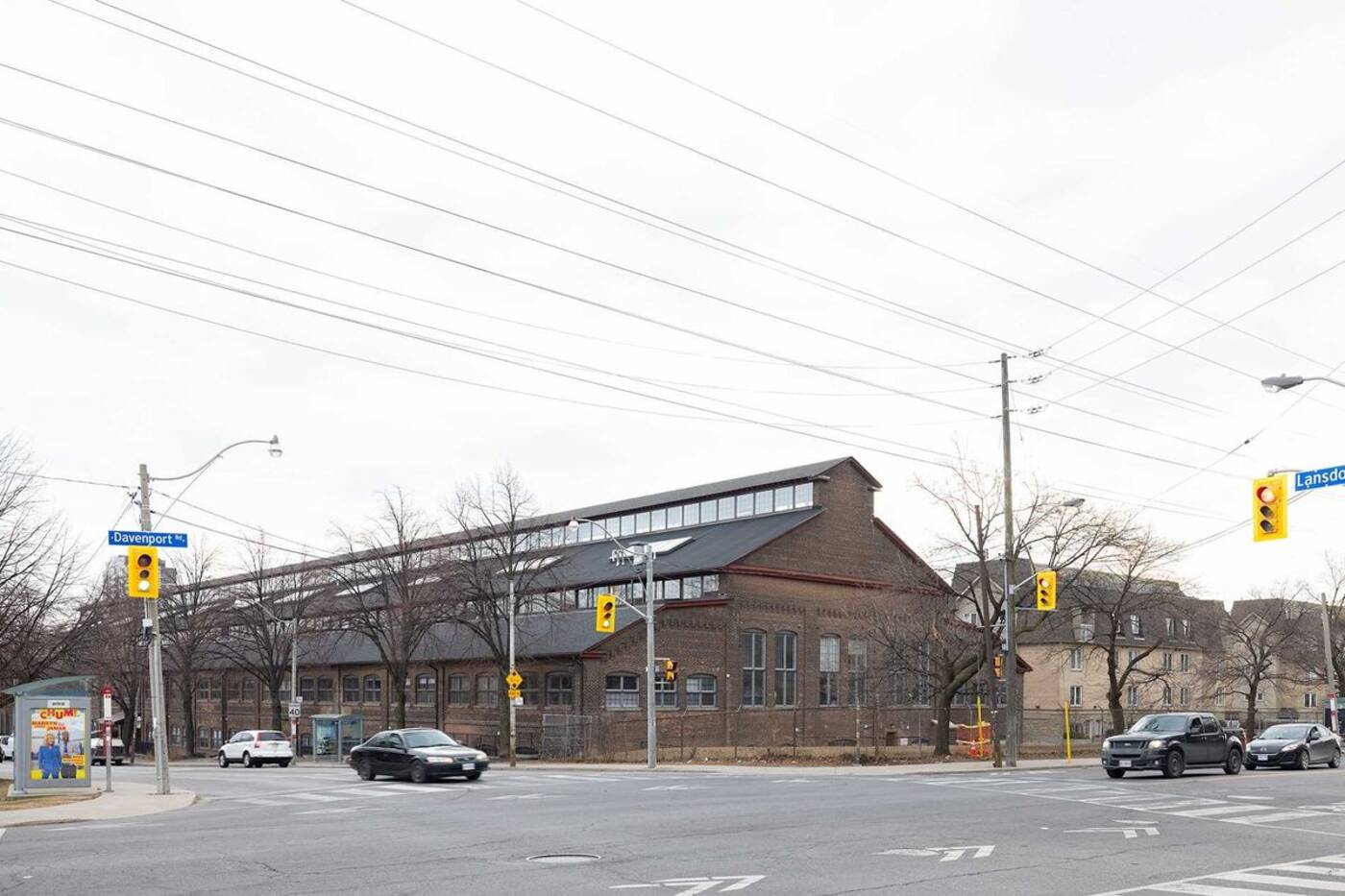 In 2004, after 25 years of sitting dormant, the building was granted heritage status and converted into roughly 100 lofts. The Foundy Lofts opened in 2008.

The north-east unit currently for sale is one of its largest, as well as the only loft on the market in this building.

Keep in mind that, while everything is taken care of — including heat, central air, water and security — owners have to pay an additiional $1,394.73 each month in maintenance fees.