A new condo building is in the works for the Yonge and St. Clair area, and it couldn't be more different from the towering, tesselated One Delisle skyrise slated for just up the street.

An application has been submitted for a sleek 14-storey residence at 11 Pleasant Boulevard, which is currently the site of a 24-hour outpost of convenience store chain Circle K. 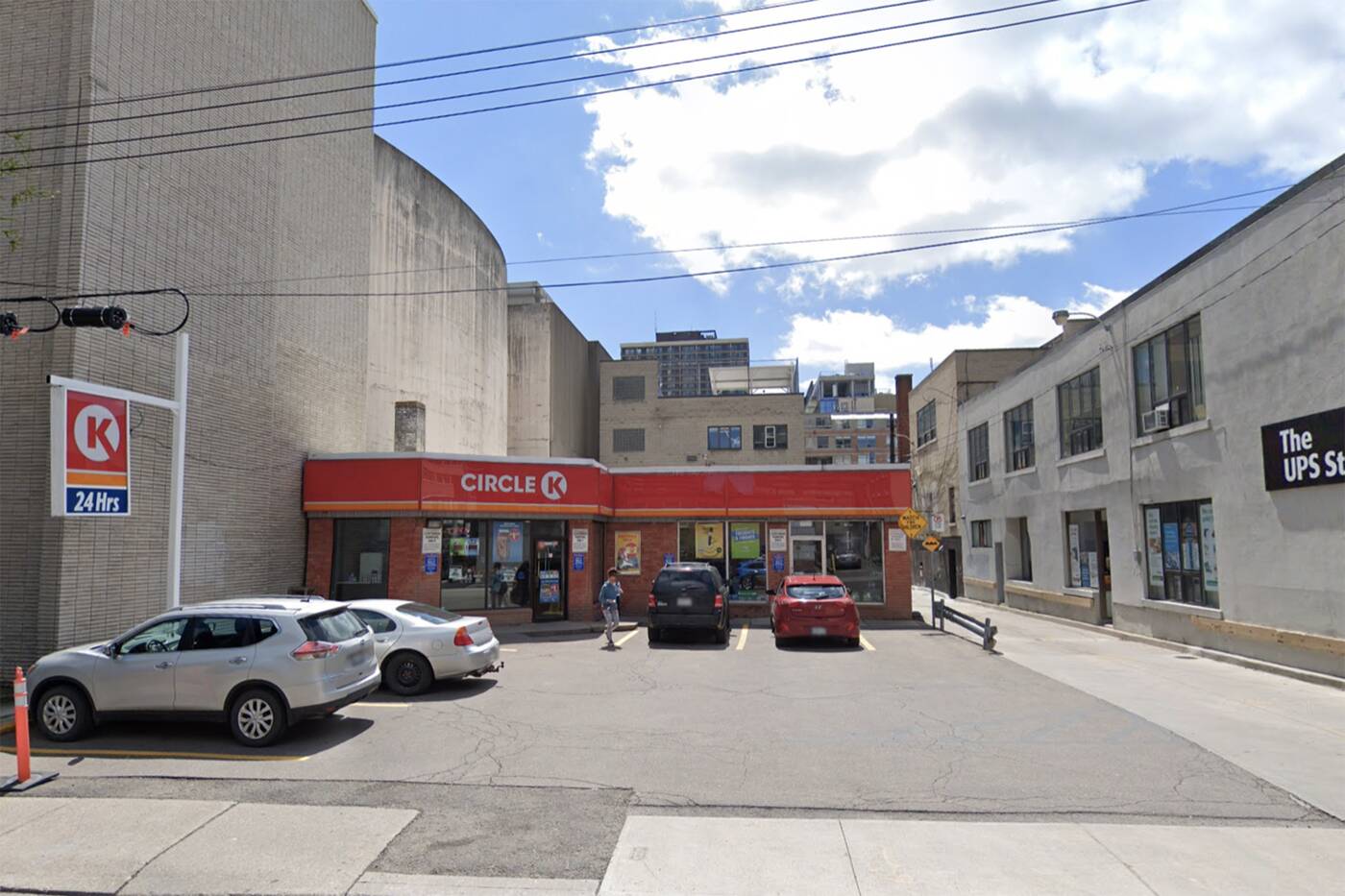 The site of the new complex. Image from Google Street View.

The mixed-use structure from developer Plaza Partners and architect BDP Quadrangle, for which an application was recently submitted to the City, will offer 700 square feet of ground-floor retail and a total of 72 condo units on the sidestreet just south of St. Clair. 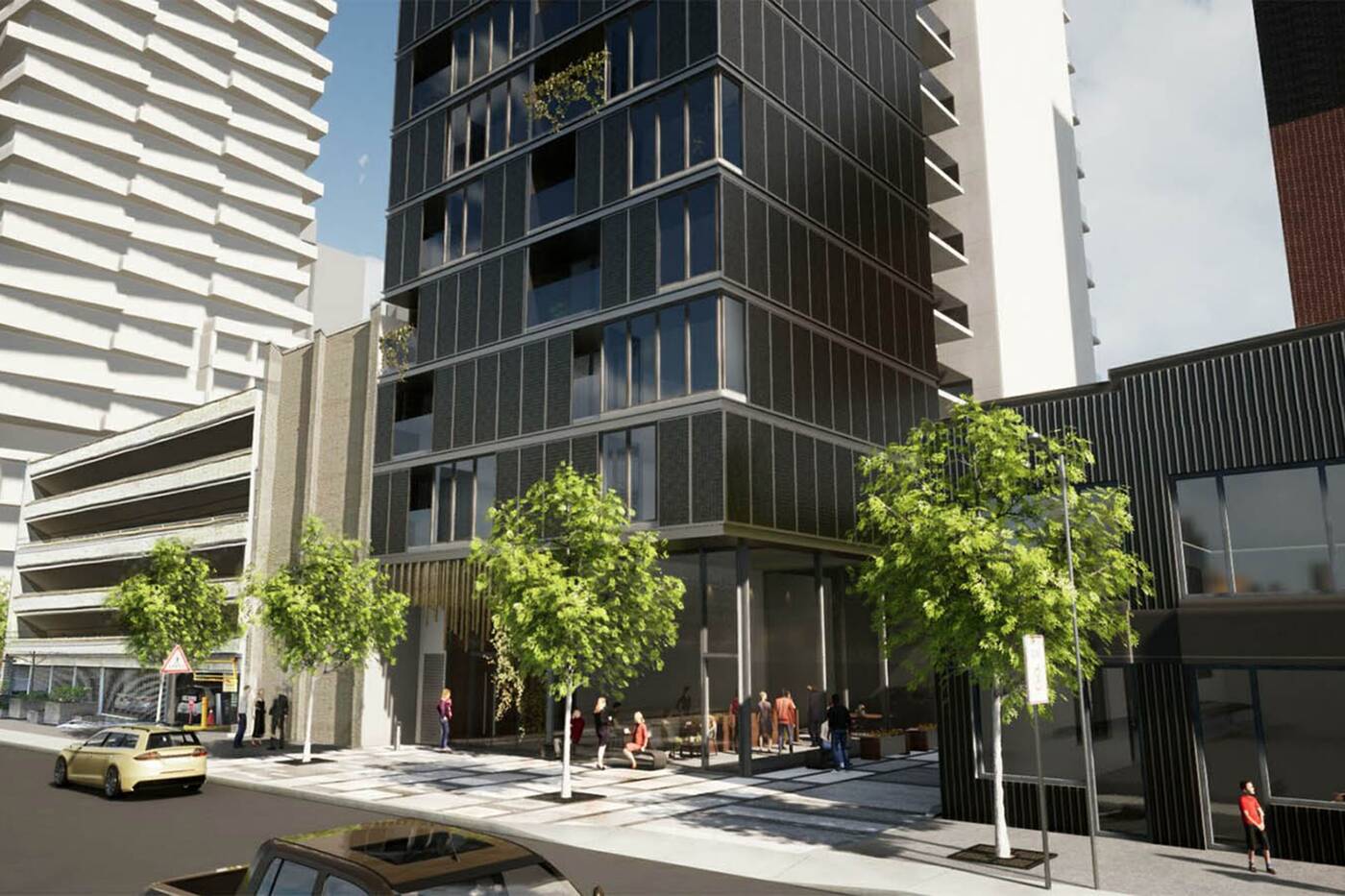 Though the project is in its early stages, it's already set to have amenities such as a dog wash room, as well as nearly 5,000 square feet of total indoor and outdoor amenity space, including a segment of the top floor — potentially a gym or party room with the best views in the place. 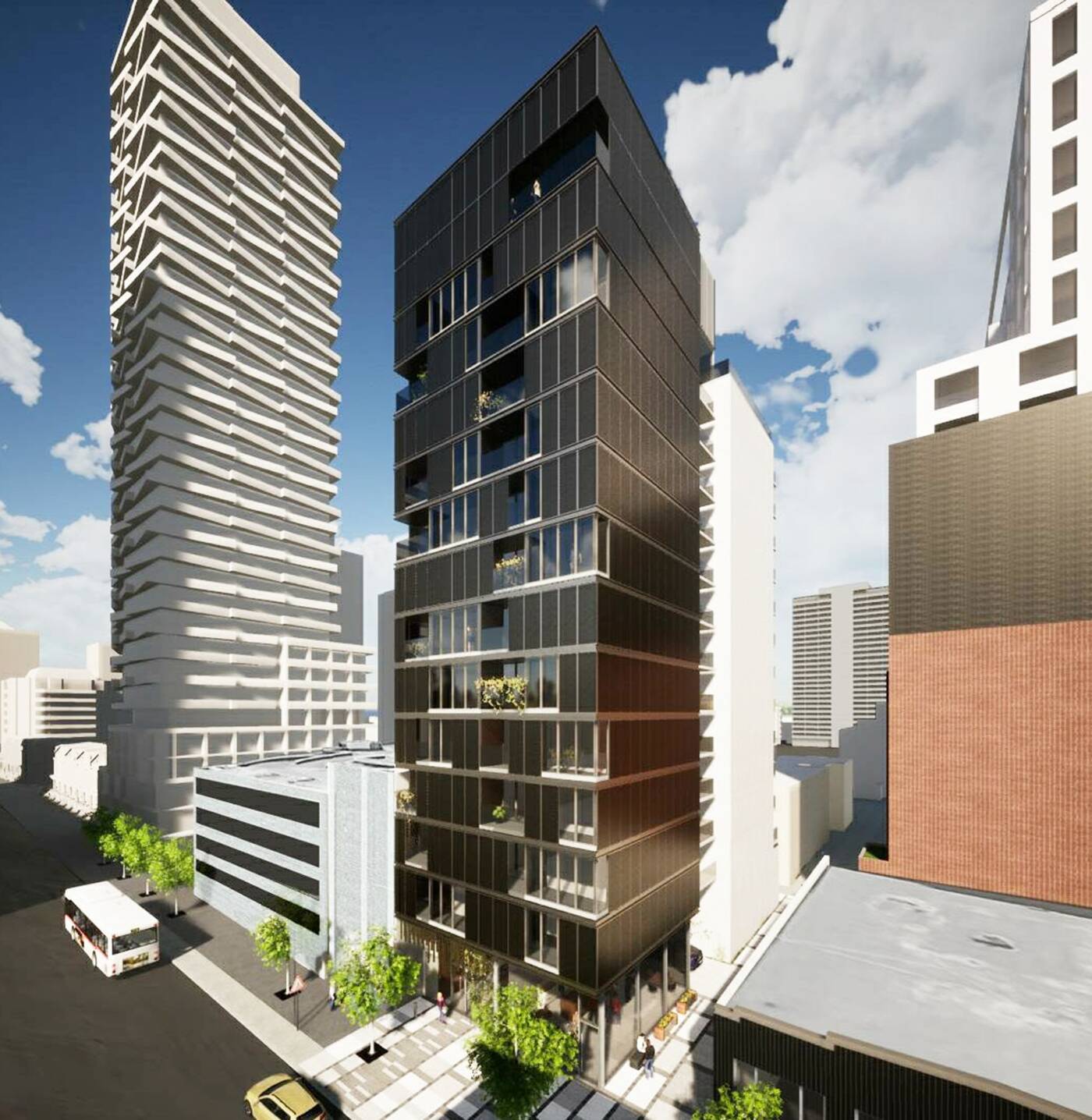 Interestingly, as is the case with some newer developements, no underground parking garage is accounted for in the plans, though there will be more than 130 bicycle spaces for the residents of the nine bachelor, 44 one-bedroom, 12 two-bedroom and seven three-bedroom units.

The design has changed slightly since the development was first proposed, going from white and grey to a more chic and polished all-dark exterior that could still change as things move forward and more details are finalized and revealed. 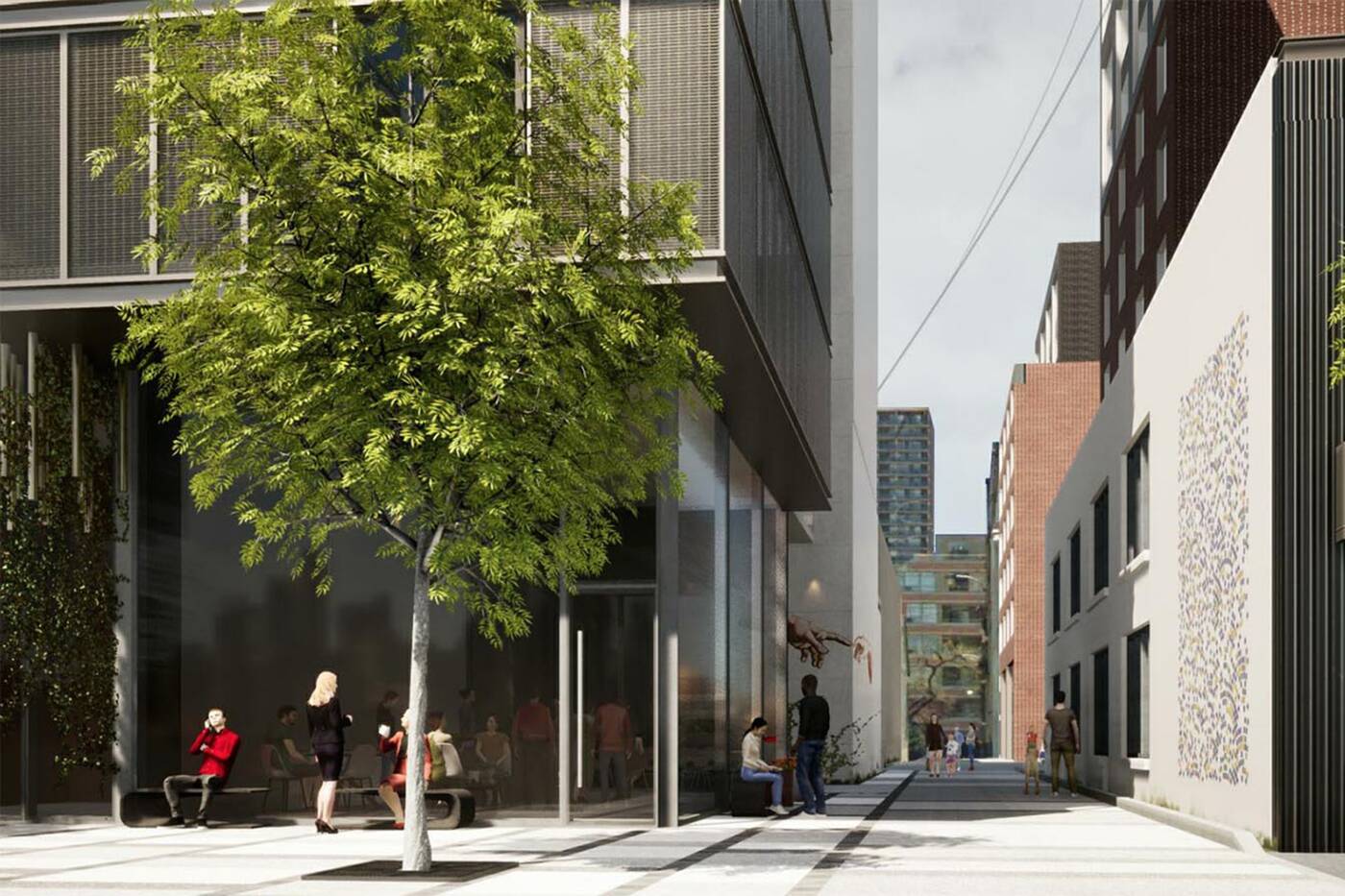 It looks like fairly good use of the space that will fit in with the area — but, given its size and the neighbourhood, don't expect units to be going for cheap.