More renderings of the buzzed-about condominium development forthcoming to Yonge and St. Clair have been revealed.

Design plans for the distinctive tower — dubbed One Delisle — have just been revised and resubmitted to the City by innovative Chicago architecture firm Studio Gang, which is working with Toronto's Slate Asset Management on the building — its first in Canada. 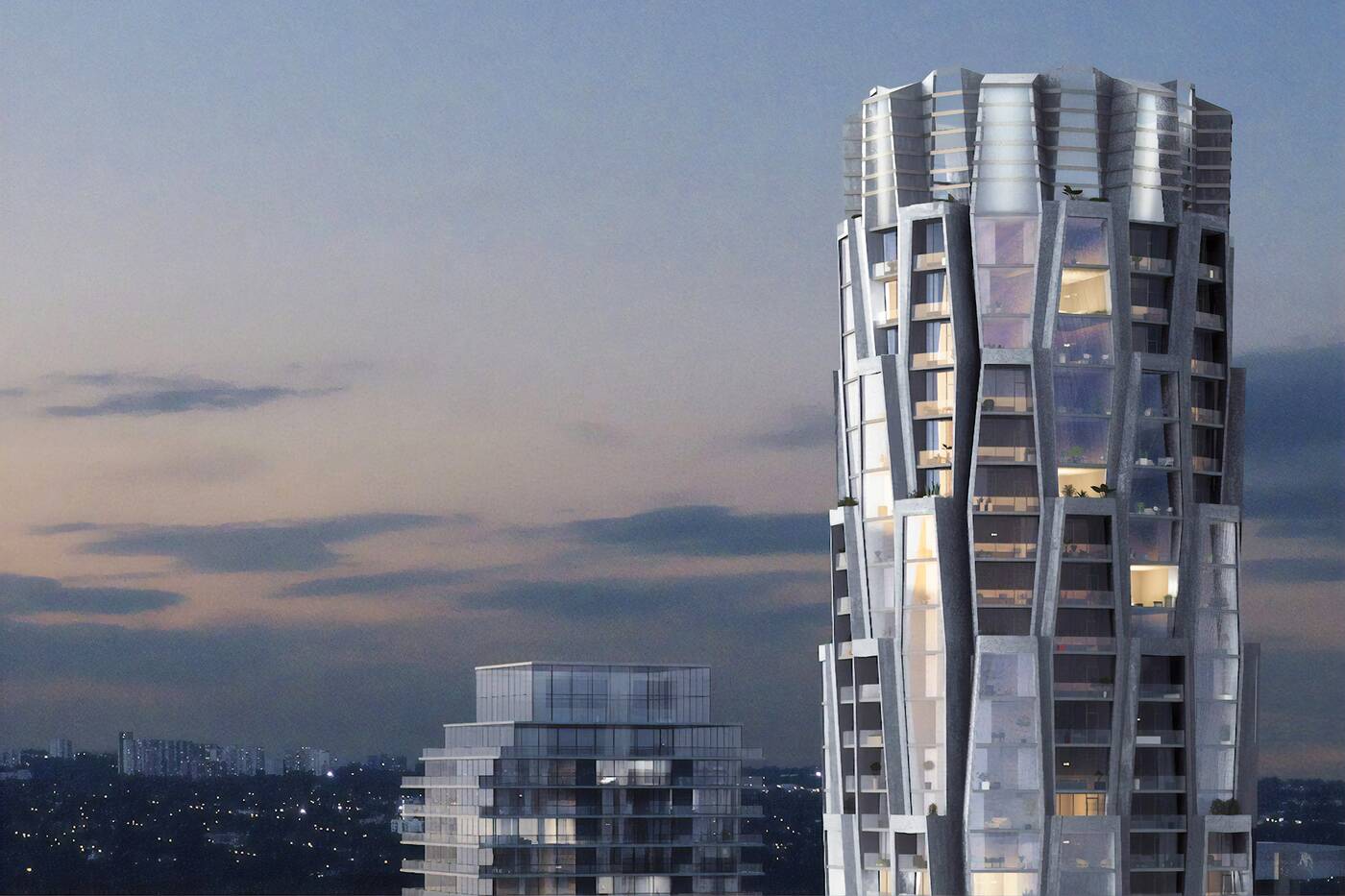 A rendering of One Delisle via Studio Gang.

The team has made a few changes to its ultramodern proposal after taking input from community meetings into account.

Calling it a "powerful and beautiful addition to the skyline", Toronto's Design Review Panel was nothing short of impressed by Studio Gang's first Canadian project, One Delisle. Read more: https://t.co/Ocz9lZSWtG pic.twitter.com/l9gpfp6biK

The spiralling, honeycomb-like mixed-use structure will now stand 44 storeys tall instead of 48 storeys, as was initially planned. This "better aligns" with nearby construction projects and ensures the tower doesn't set a new precedent for building height in the area.

The ultra-modern design considers things like the effect of winds and the shadow the building will cast.

The tower's tessellated glass exterior will be dotted with tons of green terraces and will feature ample retail space on its ground floor.

Though no dates have been set for its completion, this new building is just one part of a massive project by Slate and Studio gang to fully revitalize the area around the busy midtown intersection.