One of North America's hottest experimental architecture firms could soon be making its first foray into the Canadian market with a building unlike anything seen around these parts before.

Designed by Chicago's Studio Gang, the 16-sided tower is meant to serve as both a gateway to the community and "a new model for sustainable urban growth." 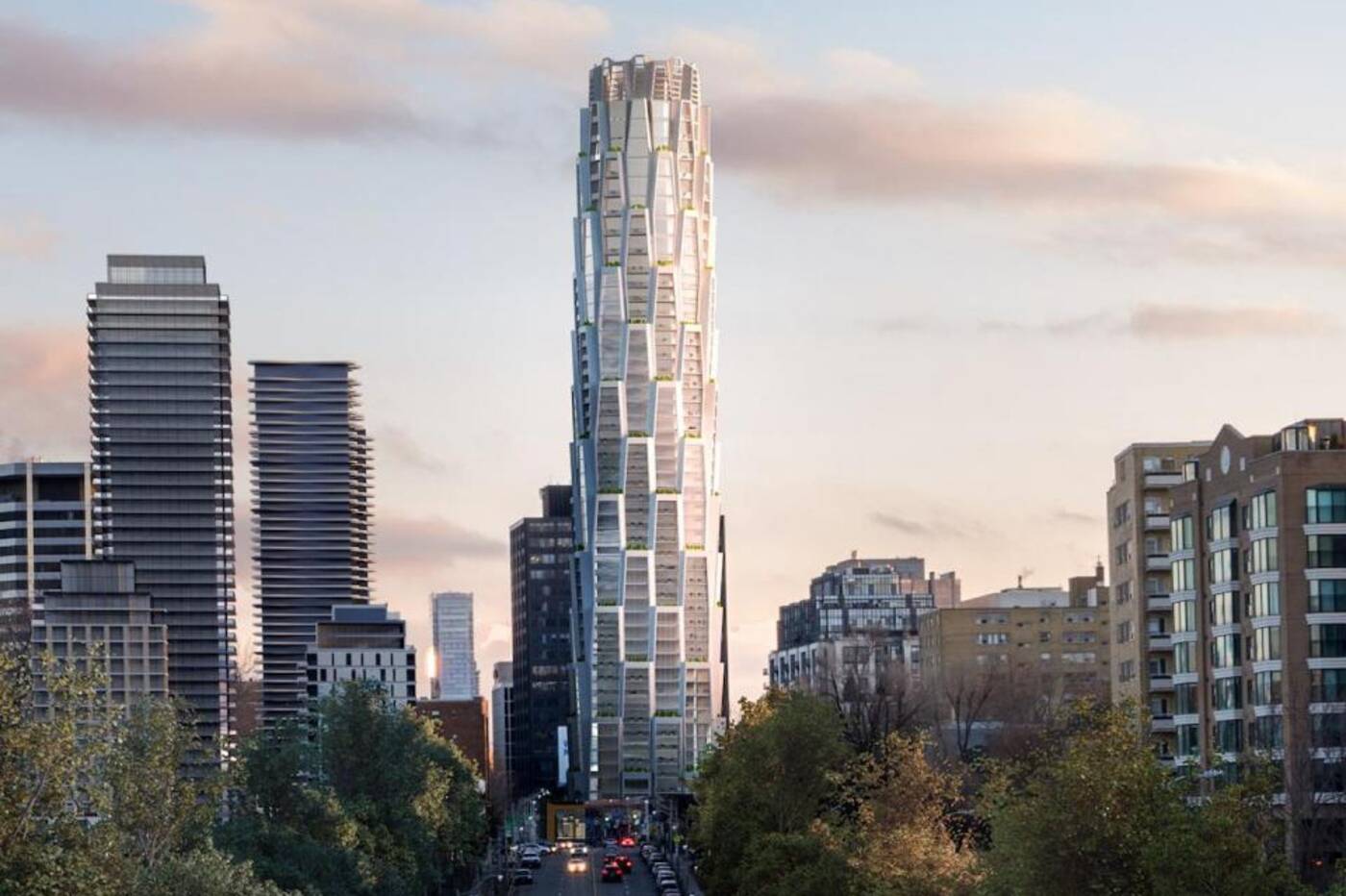 The square base of the proposed tower would align with the city grid and existing Yonge Street businesses. Image via Slate Asset Management.

It also just happens to look vaguely like something from The Lord of The Rings.

Slate notes in a news release that the proposed tower, called One Delisle, will retain elements of the building currently standing at 1498 Yonge Street, "preserving the community's main street character."

The design also incorporates plenty of retail and public space, with wide sidewalks at the base. 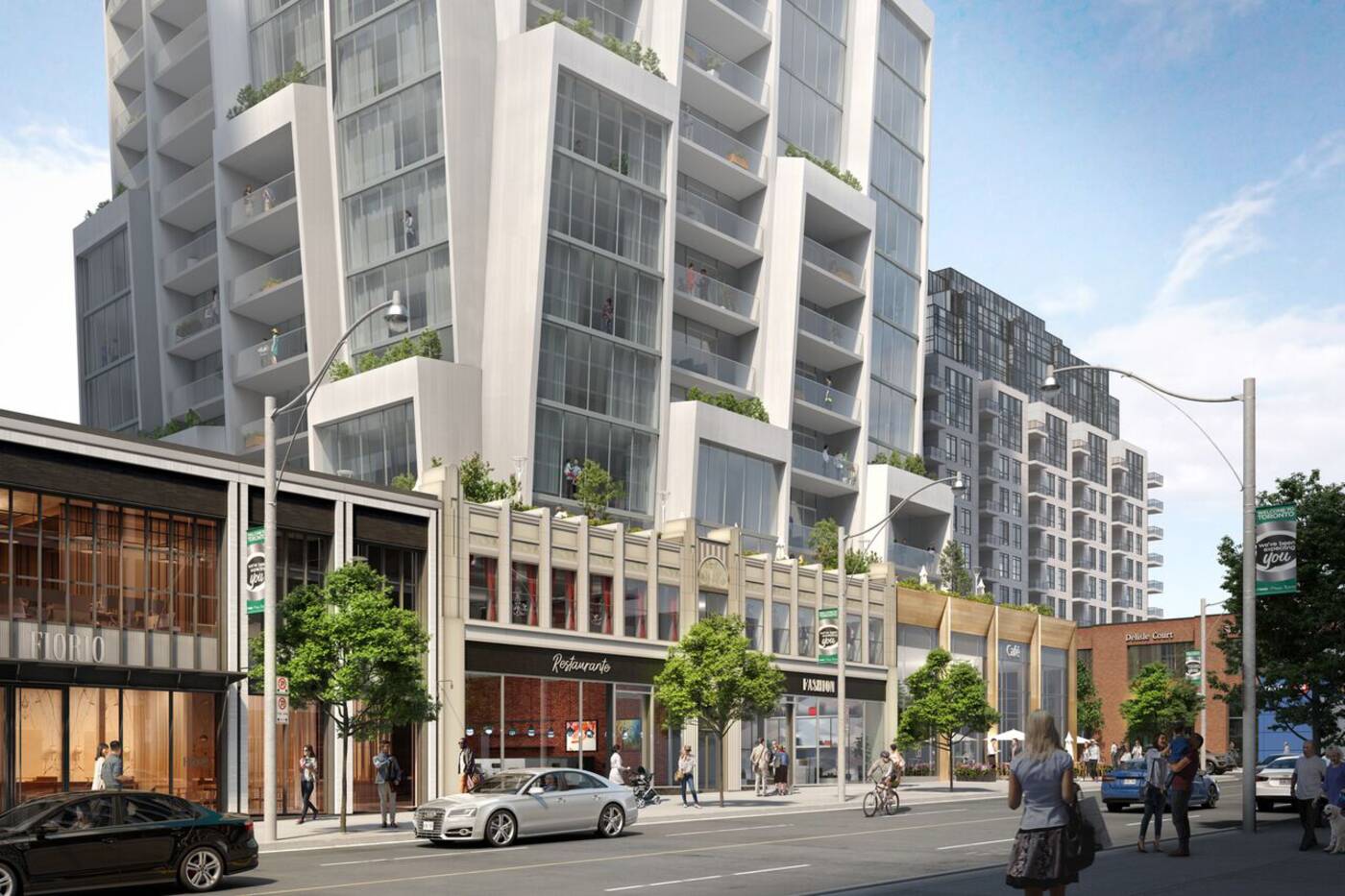 Setbacks on both Yonge Street and Delisle Avenue will allow for new pedestrian and retail promenades. Image via Slate Asset Management.

The tower itself was designed as "a series of eight-storey elements, which nest together as they spiral up the façade," according to Slate.

Green terraces will be planted atop edges that jut out, while protected balconies will be built within them.

If all goes well and the proposal is approved, the building's angled geometry will result in hundreds of new, variously-sized, diverse residential living units for the neighbourhood. 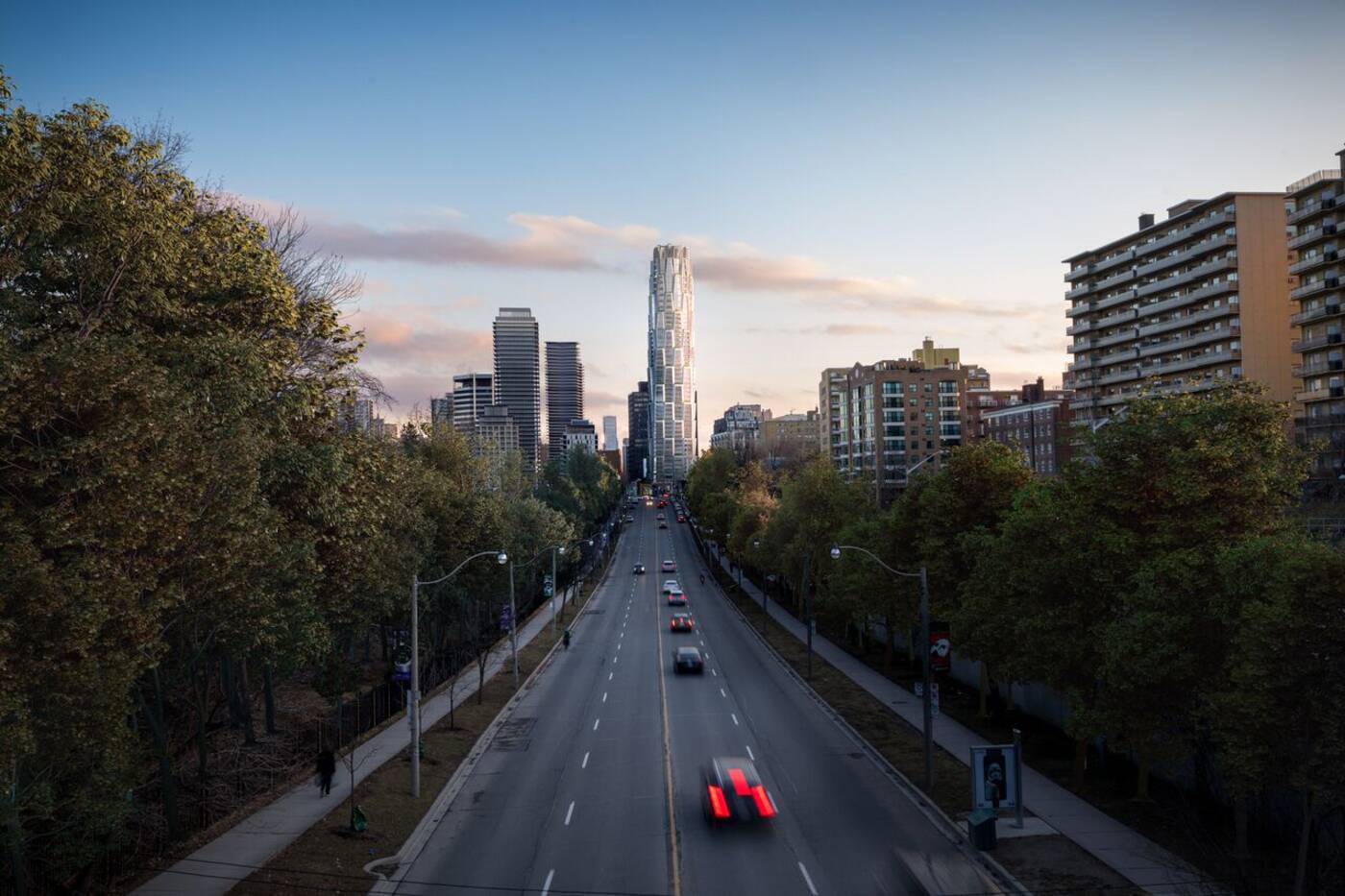 The building at Yonge and Delisle will be tall enough to see from miles away in any direction. Image via Slate Asset Management.

Of course, this isn't going to happen immediately.

One Delisle is part of a much larger, long-term project that involves the complete transformation of the midtown neighbourhood into "a vibrant, pedestrian-friendly neighbourhood with thriving retail, welcoming open spaces and world-class architecture."

Slate has been acquiring property around the area since 2013 as part of its vision, with 10 buildings in its portfolio dedicated to the project right now — including those on all four corners of the Yonge and St. Clair intersection.