A mansion on a quiet street in Toronto comes with a history linking it to two retail giants in the city. 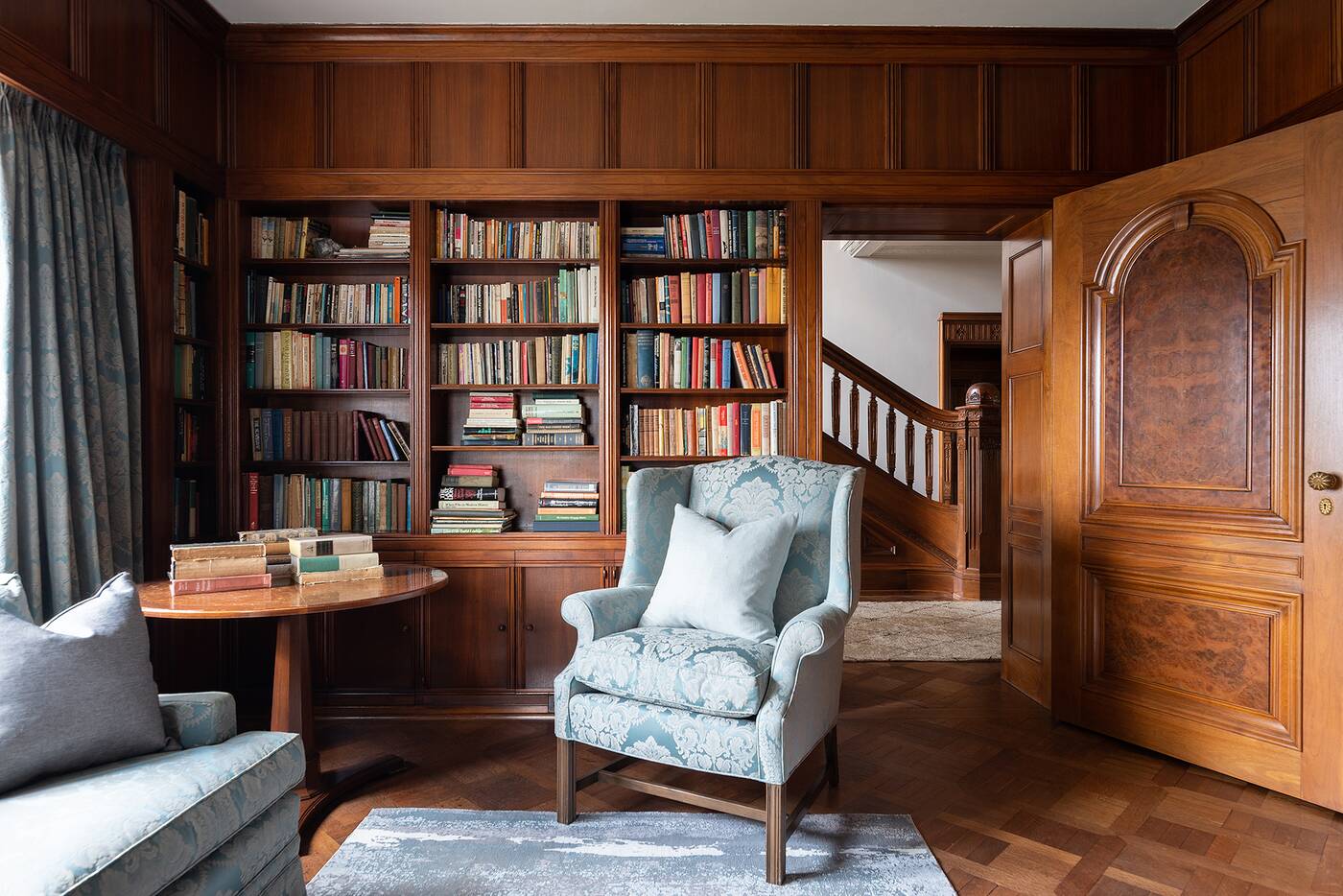 The home had many old world features such as oak walls in the library.

The home was completed in 1933 for Cork with the design by architect George Molesworth. 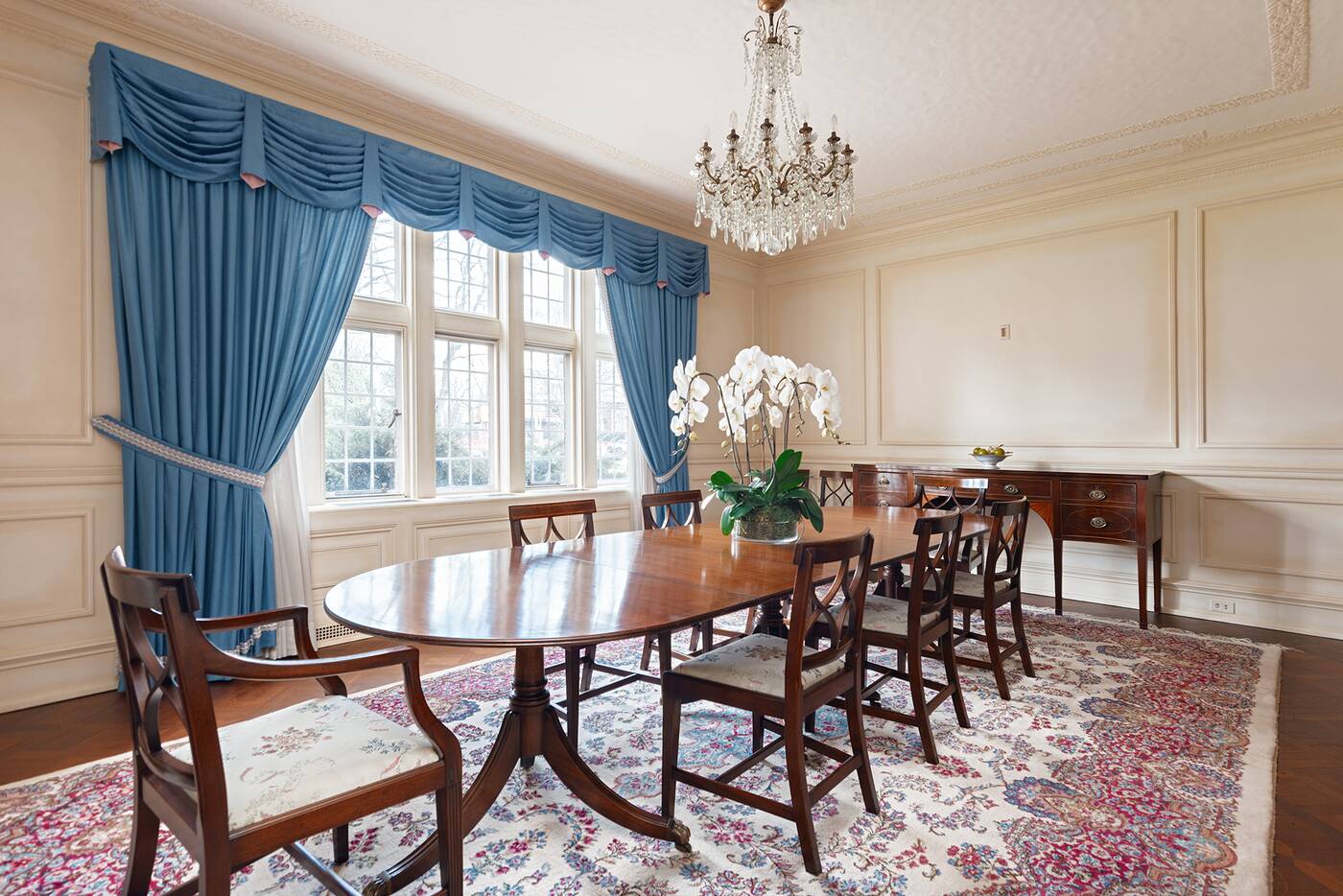 The mansion was completed in 1933.

There are marble fireplaces and elaborate plaster cove and ceiling mouldings.

It was listed for $14.8 million, according to Zoocasa. 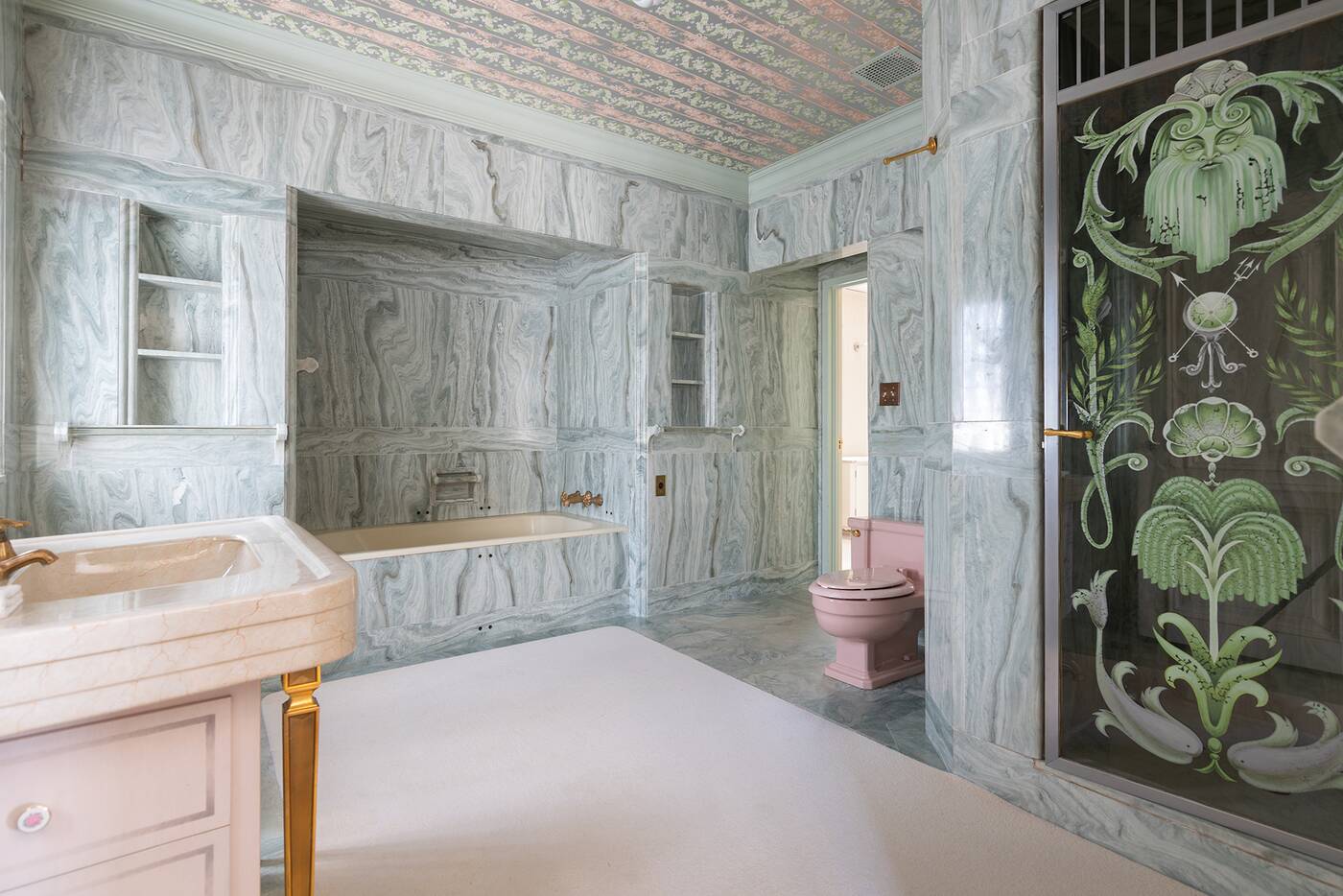 The bathroom had some unusual decor.

Milton J. Cork came to Toronto at 16 years old and worked for his father's grocery store. He met and became good friends Theodore Loblaw at the store. The two decided to open a self-serve grocery store in 1919, likely the first of its kind in Toronto. Cork wanted to remain behind the scenes and so the store is now known as Loblaws. 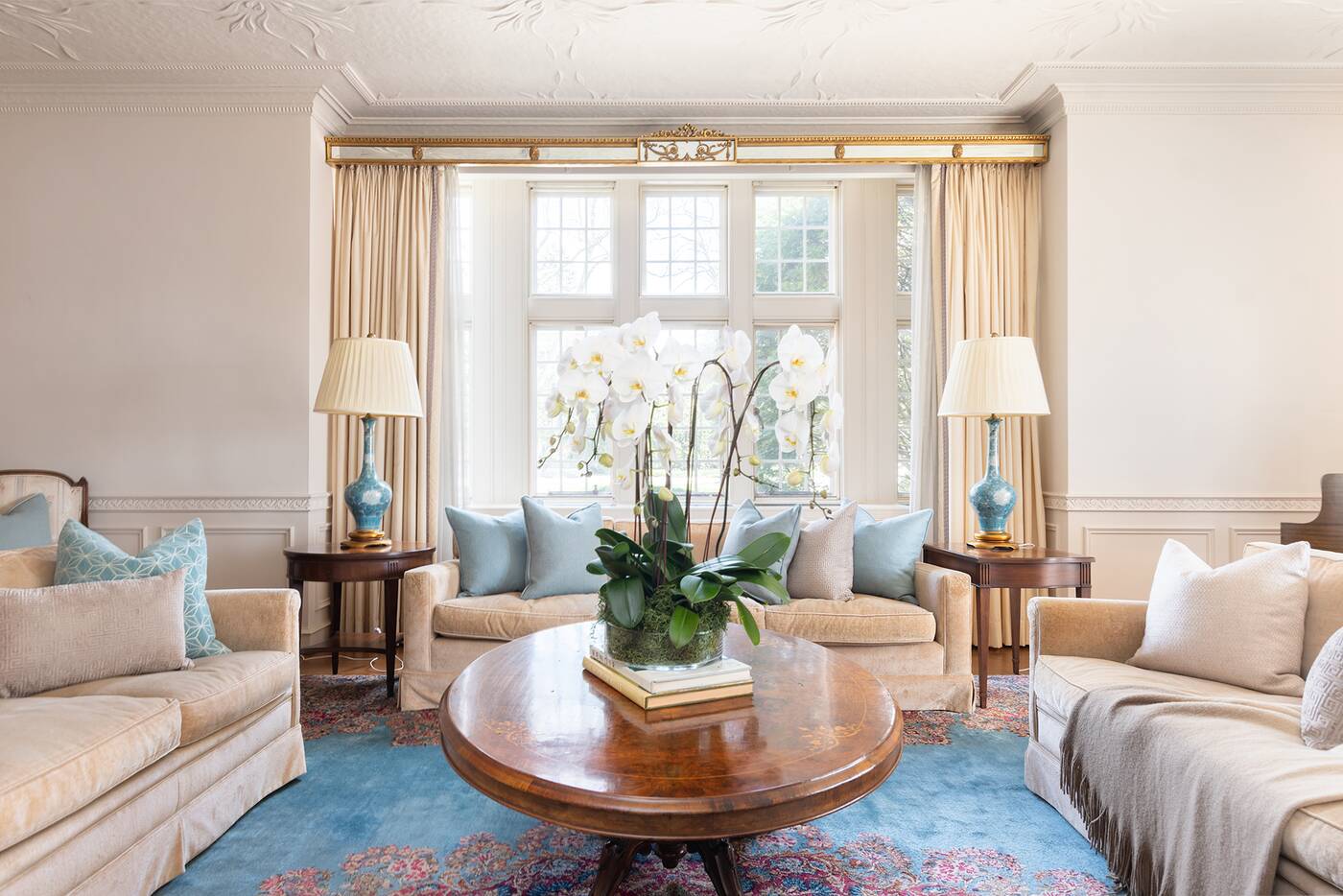 The living room is large and bright.

John and Flora Eaton built a massive mansion, Ardwold, in 1911, which was demolished and the land divided into the development now known as Arwold Gate. 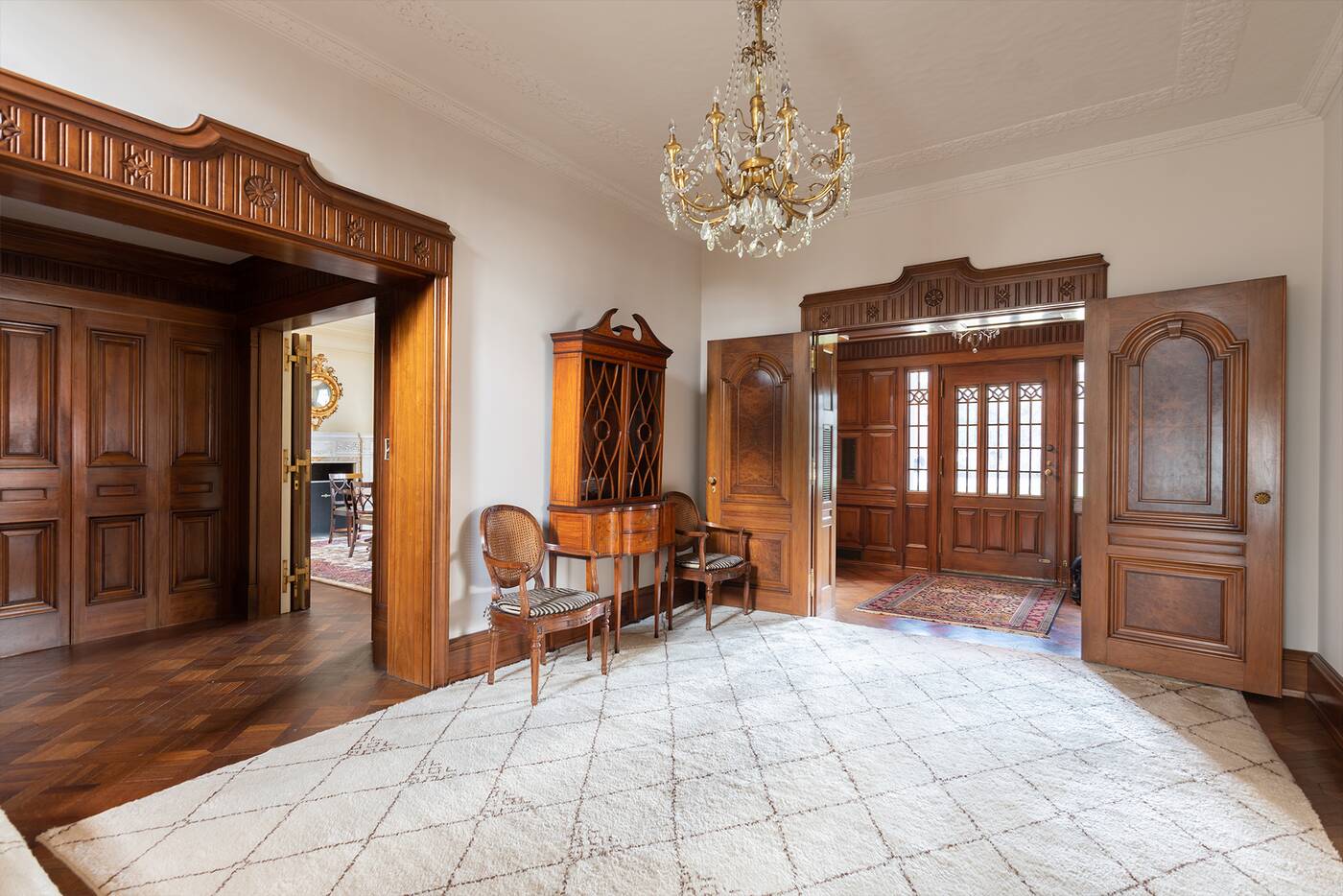 After her husband died in 1922, Lady Eaton took an active role in the company. She was a member of the board of directors and oversaw the development of restaurants in the Eaton's stores. 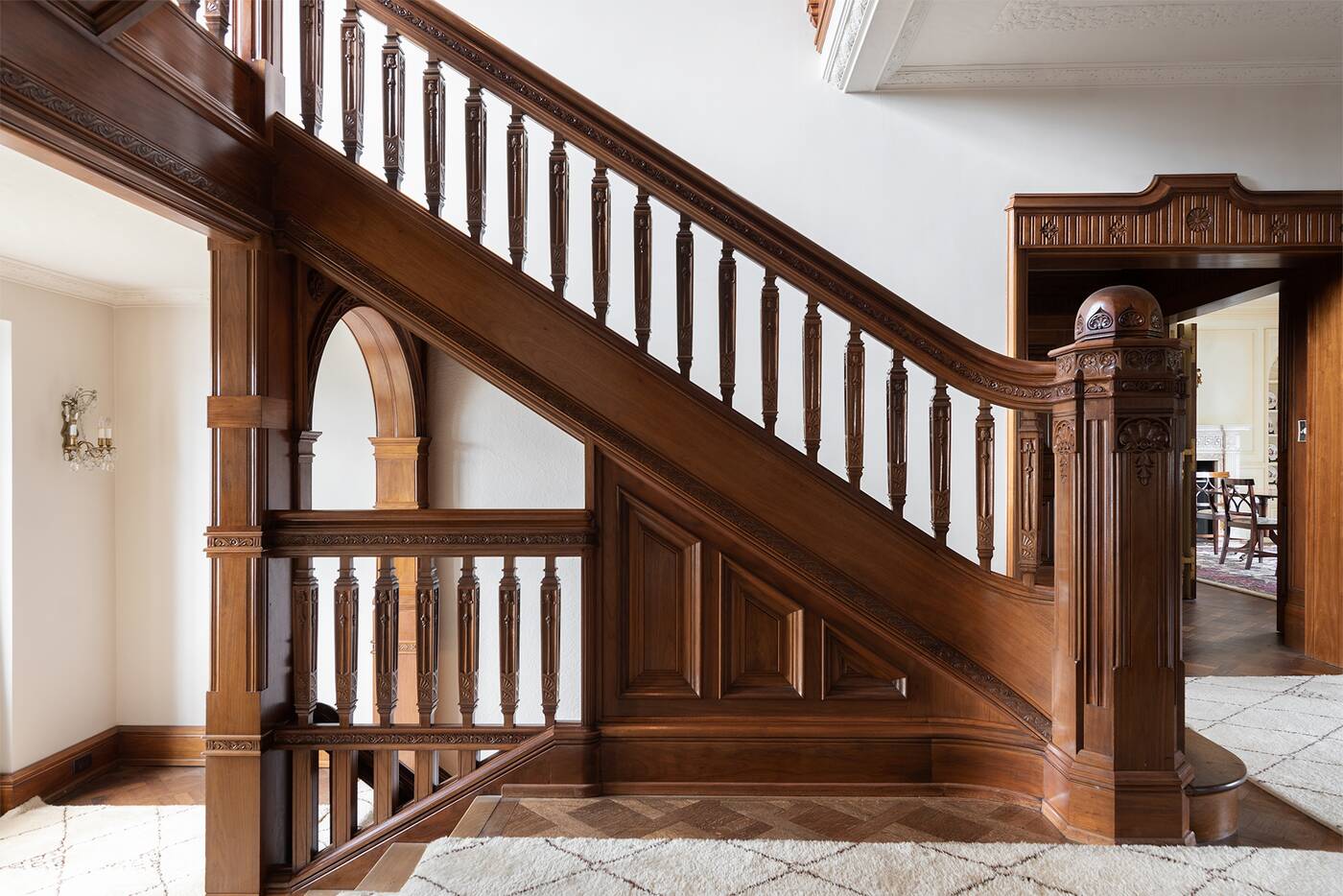 The oak staircase banister was hand-carved.

She moved to Eaton Hall in King City after her husband's death but also lived at 2 Old Forest Hill Road, according to Kalles, which became known as the Eaton Mansion.

The home is now a heritage property and hopefully, one that will be preserved.