Life on a houseboat isn't for everyone, but one Toronto resident has found it's perfect for her.

Kate Fincham, 33, lived in Trinity Bellwoods in 2020 but when she saw a blogTO story about floating homes and houseboats for sale, she decided to take a look. 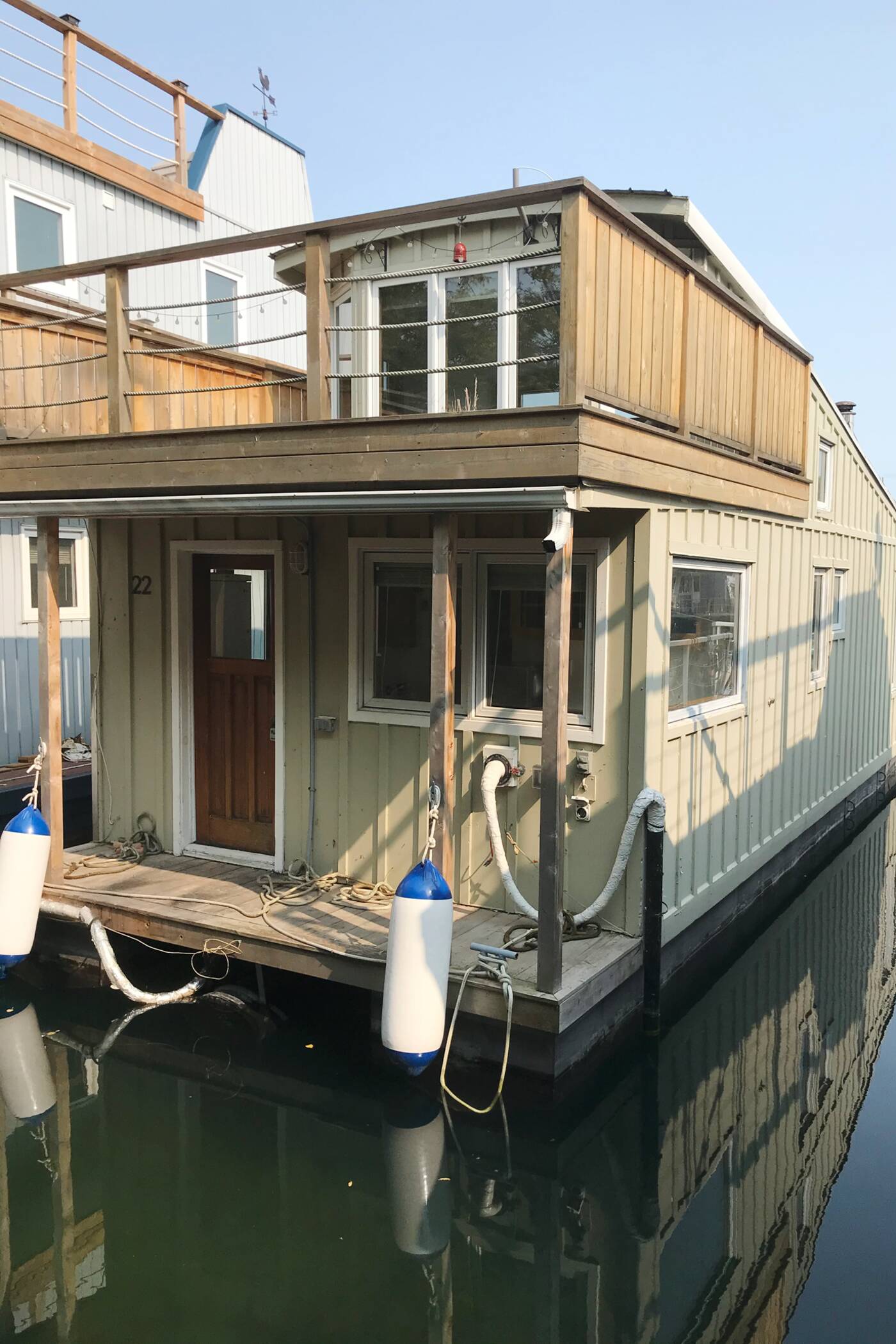 Kate Fincham moved to this houseboat in November.

The boats are unique in Toronto and started as a community of 25 floating homes built at Bluffers Park Marina in 1999 from 2000 in anticipation of Toronto winning an Olympic bid.

After university, Fincham worked on sailing yachts in the Caribbean and east coast United States, she told blogTO.

"Sailing has always been a part of my life," she said. 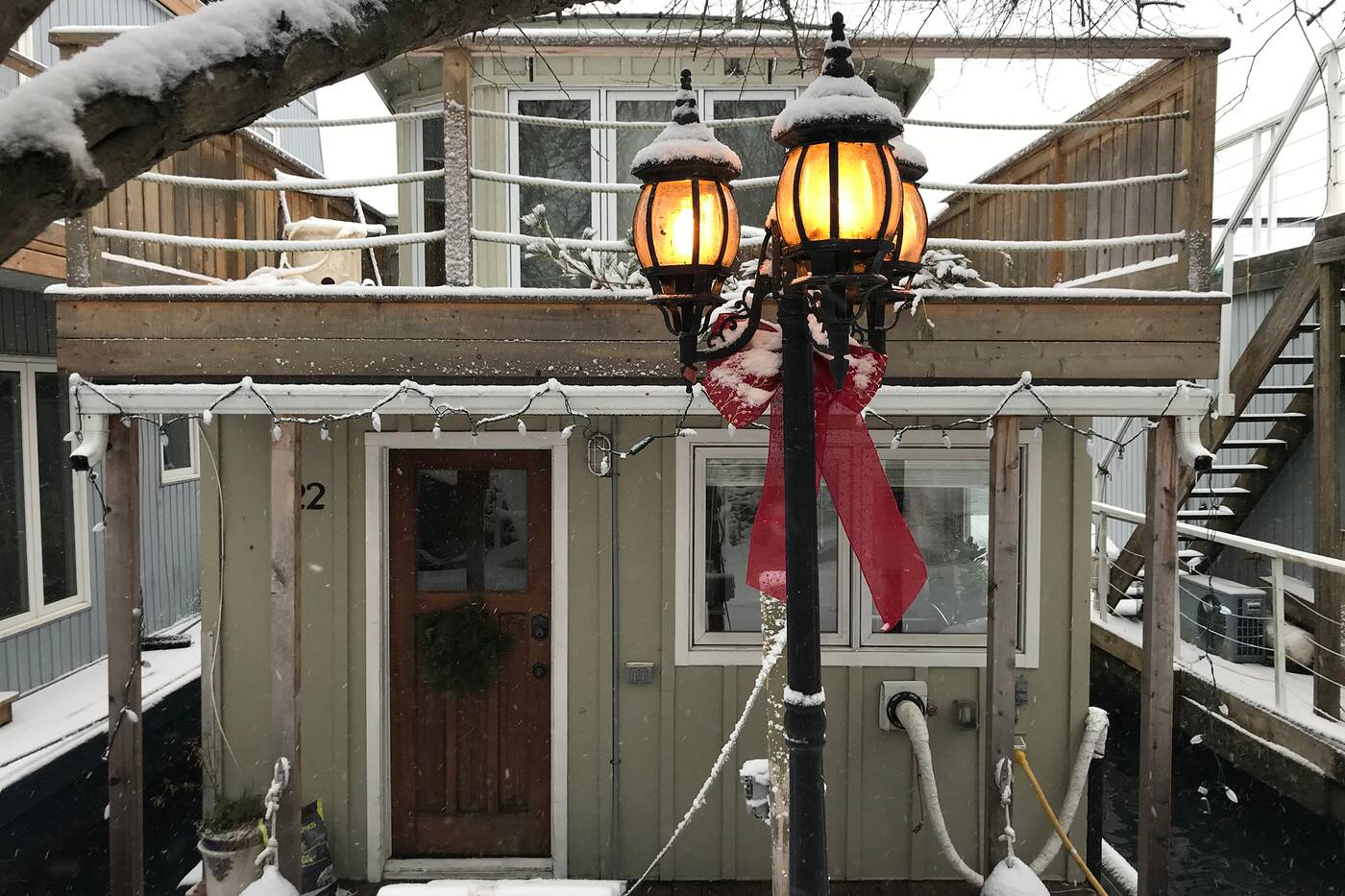 She missed living by the water and when she saw the houseboat, it seemed like a good fit. So she moved in November and started an Instagram account about her life on the boat.

There are a few things people living in the community need to know. In winter, residents use bubblers to keep water flowing around the pontoons so they won't get damaged. This was new for Fincham but she found a welcoming community to help her out. 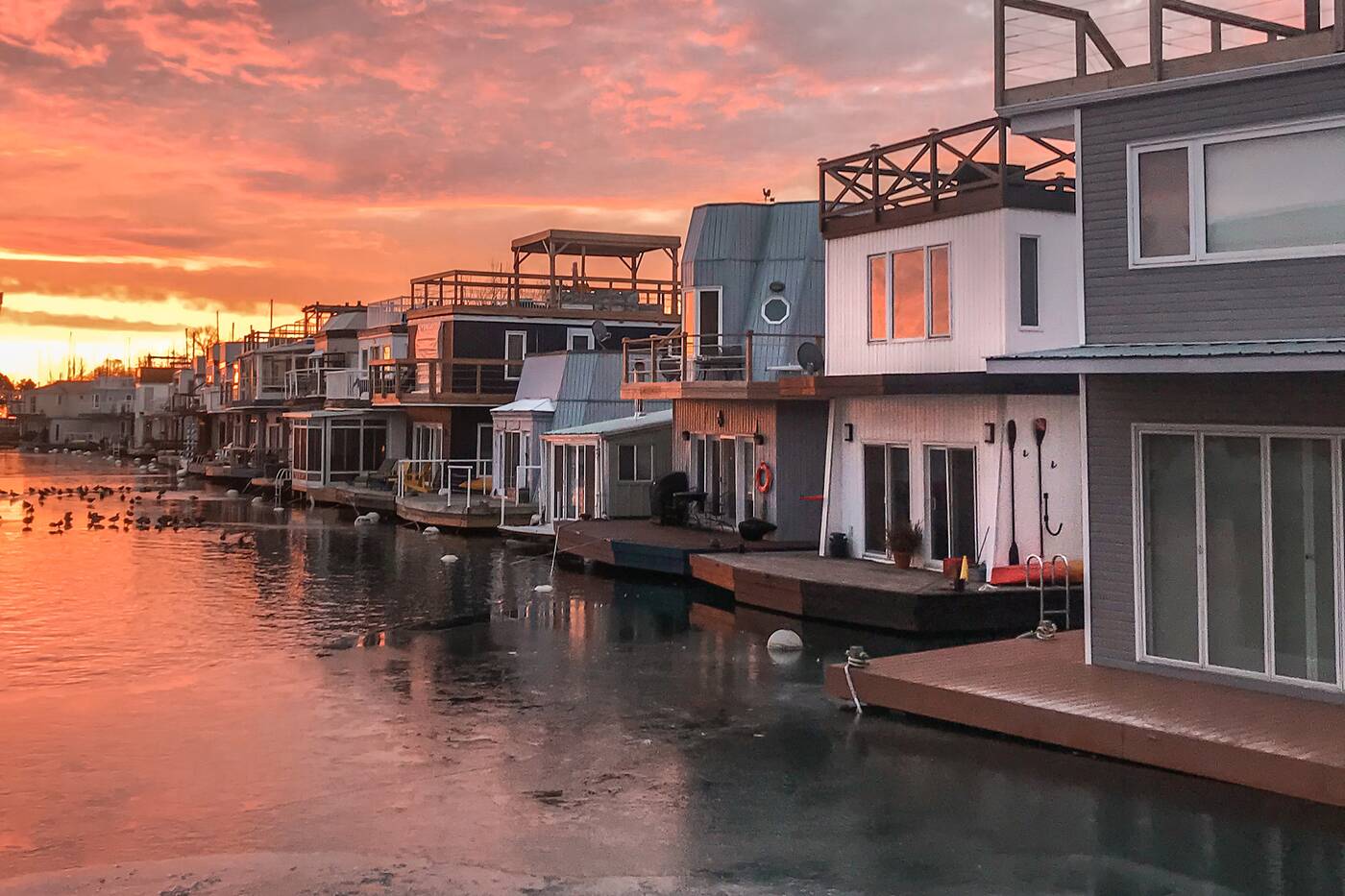 Watching beautiful sunsets and sunrises is easy from a houseboat.

"The community is so amazing, I had so many people offering suggestions," she said.

At first, she was unplugging the bubblers a few times a day because electricity is expensive. But she later found a smart plug so they are on a timer to switch on and off.

The winter can also cause pipes to freeze, particularly in a cold snap, but Fincham finds pouring boiling water down the drain usually works. 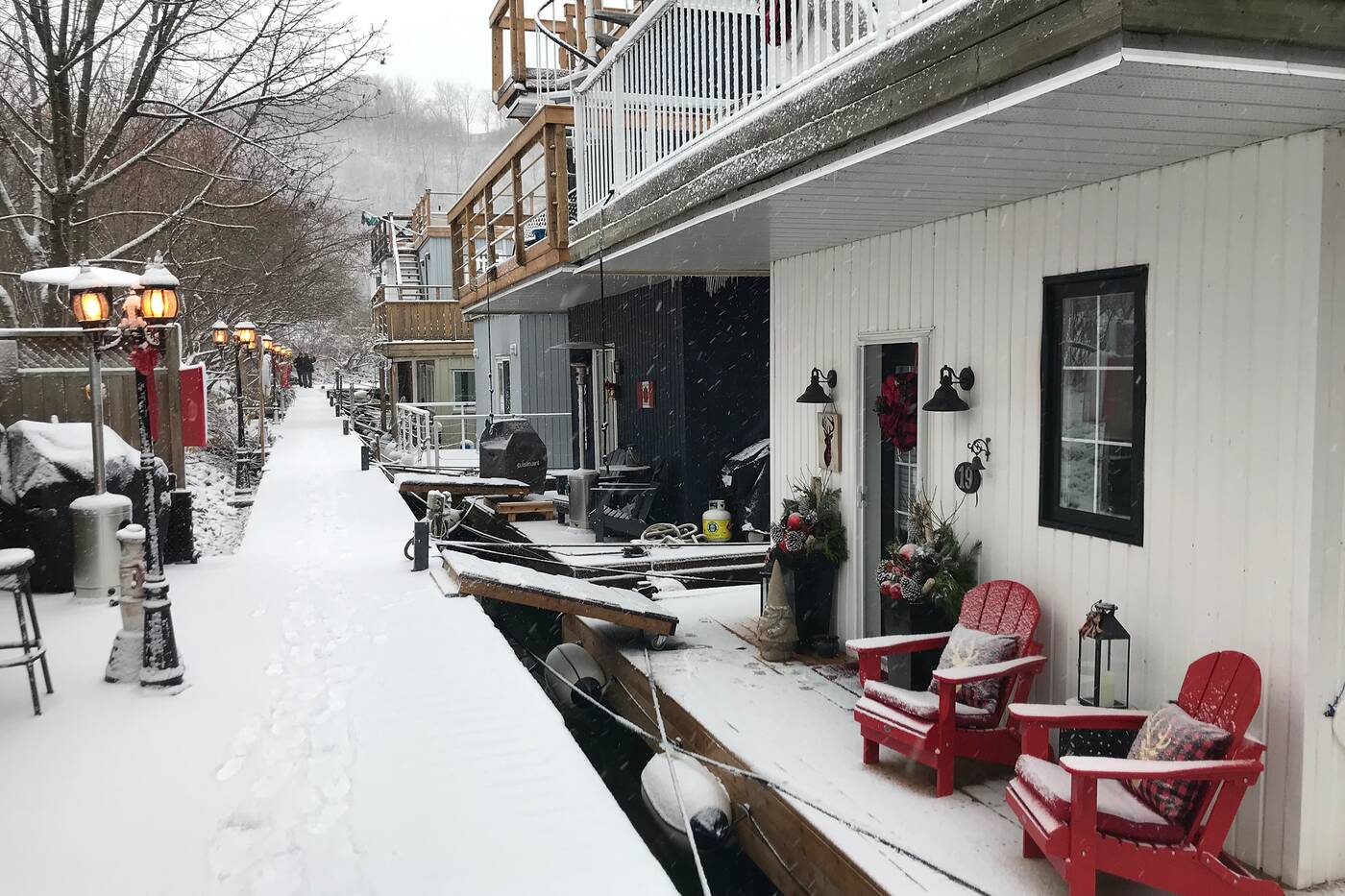 Living on a houseboat in winter can present challenges.

"It is all part of the living arrangements here," she said.

In a pinch, there are showers in the marina people can use.

Some might think the houseboats are cold in the winter but Fincham finds hers is warm. She has older electric heaters that are not efficient but finds the woodstove is enough. 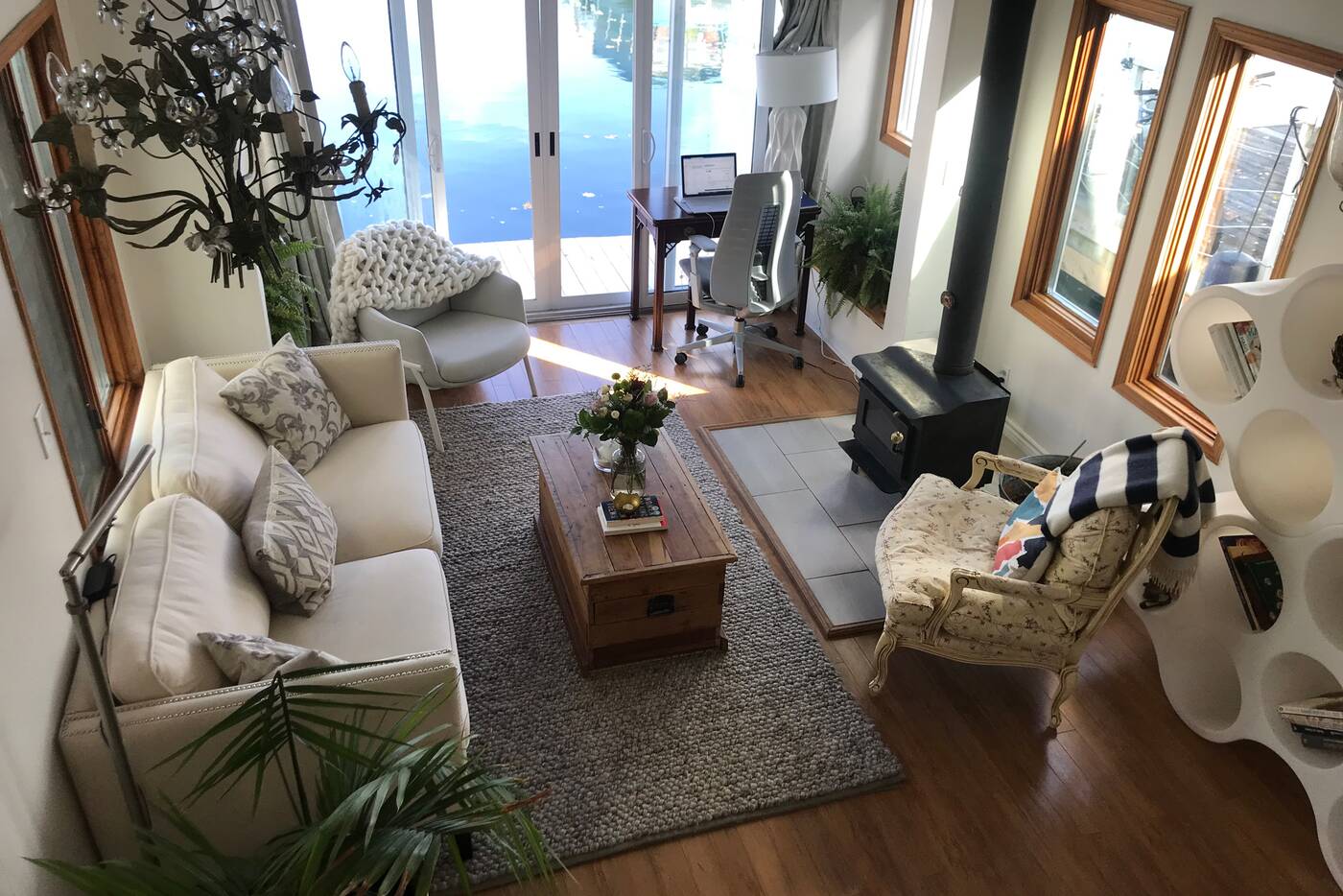 The houseboat is much like a tiny home. The view of the living room from the loft bedroom.

"The woodstove works really well," she said. "It's kind of like being back in pioneer times, but it throws off a lovely heat."

She is looking into a propane heating for next winter, though.

All the boats have septic tanks and Fincham pumps hers out every six weeks. 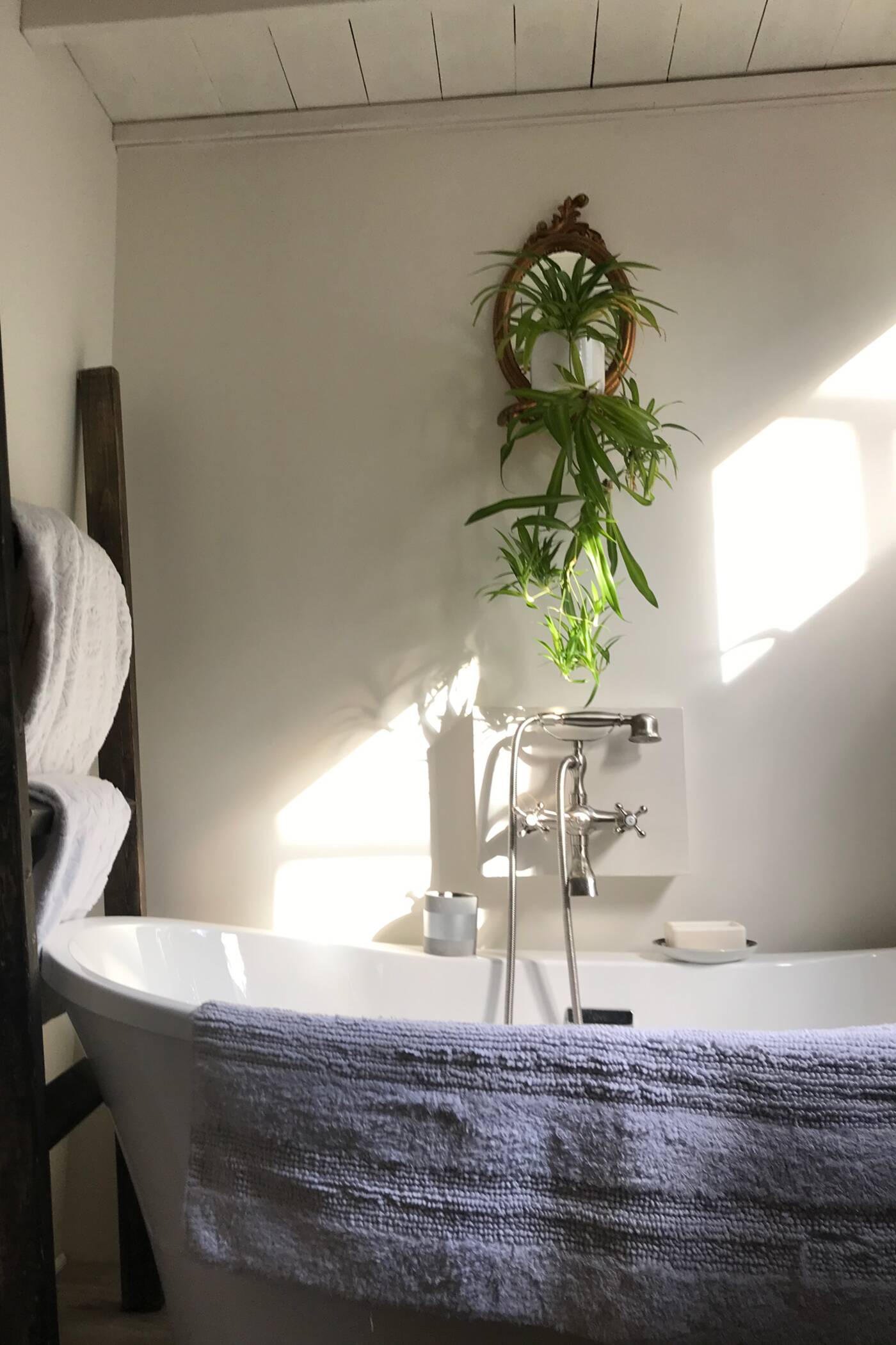 The pipes sometimes freeze during a cold snap.

There are also marina fees to pay, which depend on the length of your boat. The marina covers maintenance of the docks, and has a laundry facility and bathrooms.

Although it can be harder than living in a regular home, Fincham doesn't regret her choice. 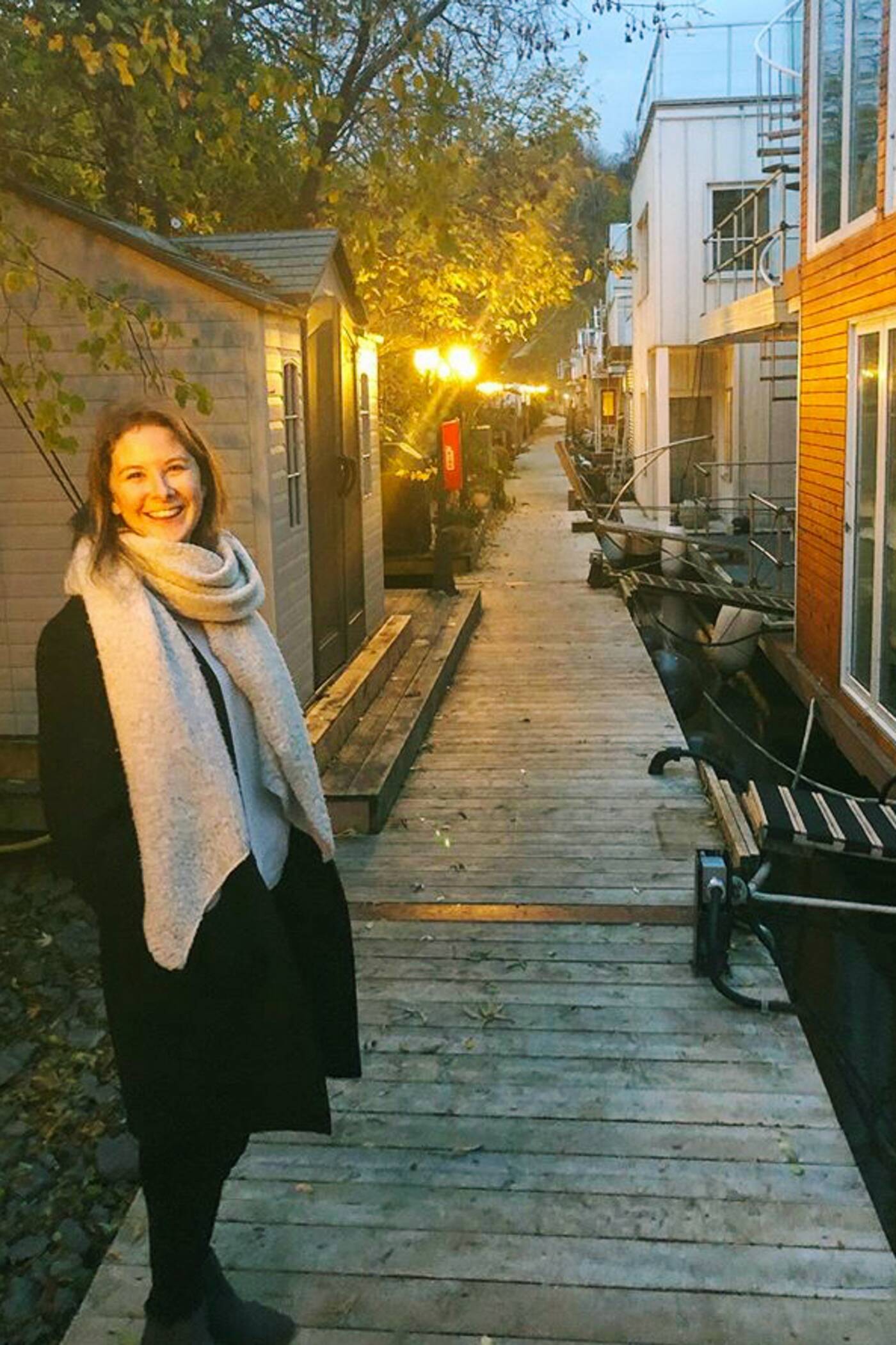 "The benefits far outweigh the negatives for sure," she said.

As a single person, Fincham has found a community a huge benefit.

"I am never lonely, there are always neighbours walking by," she said. "It's a really, really tight-knit community that is incredibly welcoming." 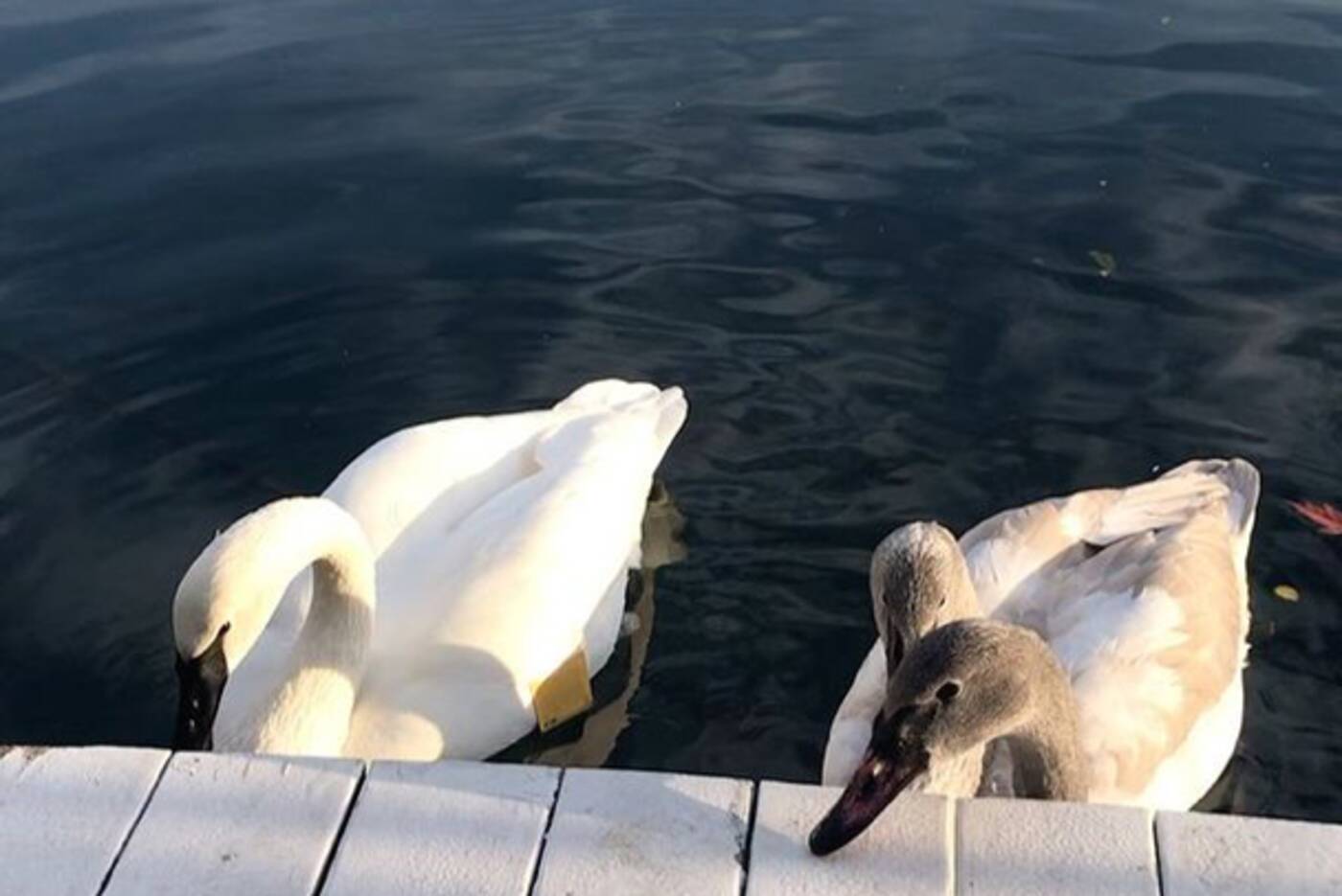 Nature is never far away.

Living in a park brings her close to nature every day, which is great for stress relief, she said.

"The other day when it snowed, I just walked out my door step and went cross-country skiing all along the beach," she said.

The windows and patios allow for great views, and there are spectacular sunrises and sunsets to see over the water.

"It's just incredible," she said. "Every single day I can't believe this is my life."