More than six years after Toronto's premier store for granola-munching hiker types announced its imminent closure, we're finally getting a definitive look at the luxury condos replacing it.

Behold the aptly-named "400 King West": a 49-storey mixed-use development from Plaza, which purchased the old Mountain Equipment Coop (MEC) store at 400 King Street back in 2016.

The building has yet to be built, but it did just enter the pre-construction and condo marketing phase, solidifying its design with the release of several new renderings. 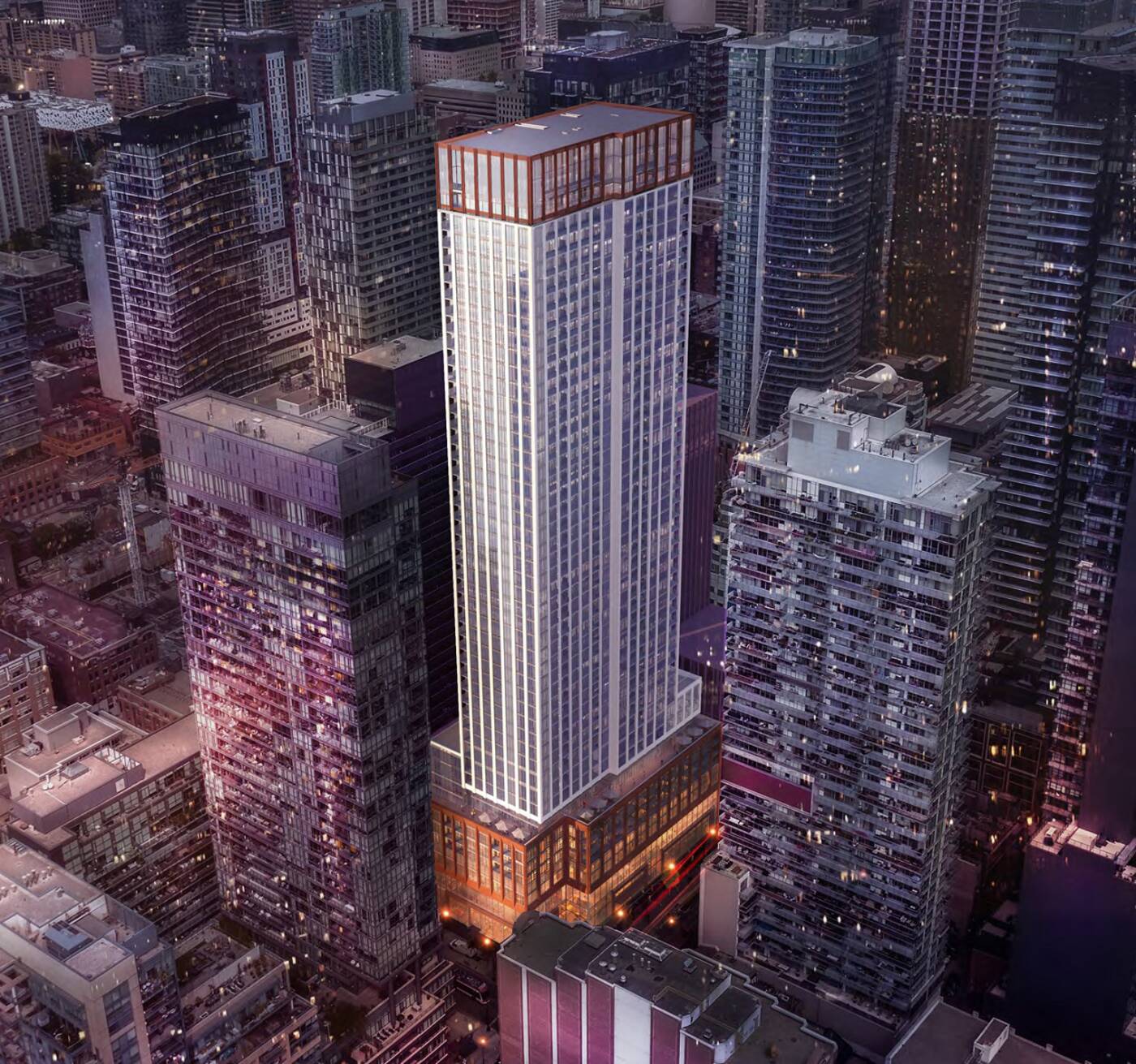 The mixed-use complex at 400 King Street West will rise 49 storeys high with a two-level podium at the base. Image via BDP Quadrangle for Plaza.

Designed for Plaza by BDP Quadrangle, the building set to rise in the ashes of MEC's longtime King West location will contain 612 new residential units.

Sales documents for the commercial portion of the complex show that it will contain at least two large retail units at grade, and one very large, 15,200-square-foot retail unit on the second floor.

Nestled right at the corner of King and Charlotte Streets in Toronto's entertainment district, the prime location of these units alone should attract some impressive prospective tenants. 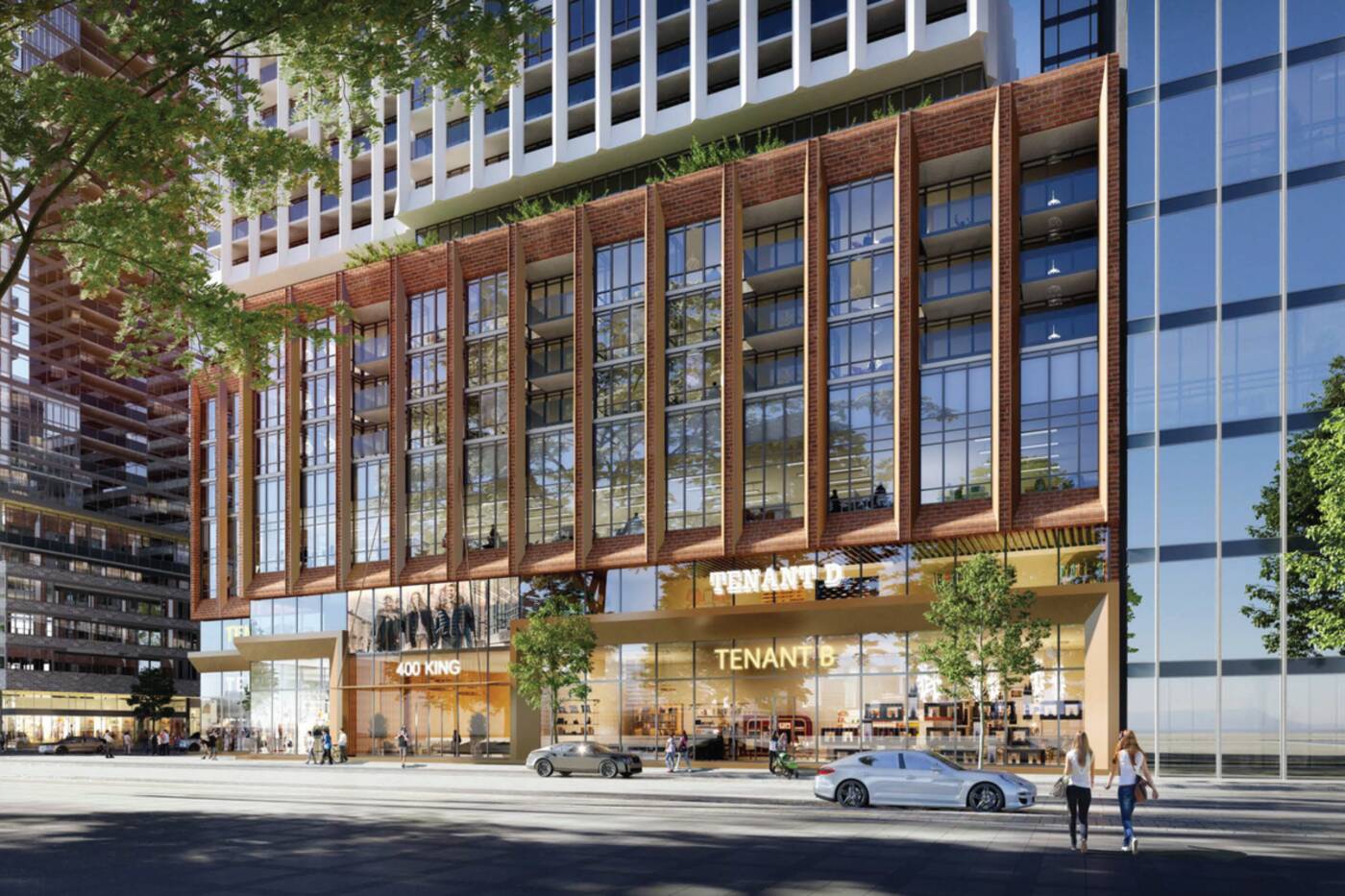 Located on King Street West between Spadina and Peter, the retail units at the base of the complex will no doubt see tons of foot traffic. Image via BDP Quadrangle for Plaza.

Glossy yet stately, the podium at the base of the complex has gone through multiple iterations over the years — some of them cooler (or at least more atypical) than others.

The final, approved version of the development isn't as unique (or blocky) as it looked in some previous renderings, but it suits the King West area nicely with its brick framing and copper finishes.

According to Urban Toronto, the tower now culminates at the top with "a crown of three storey penthouses, clad to create a dialogue with the base far below." 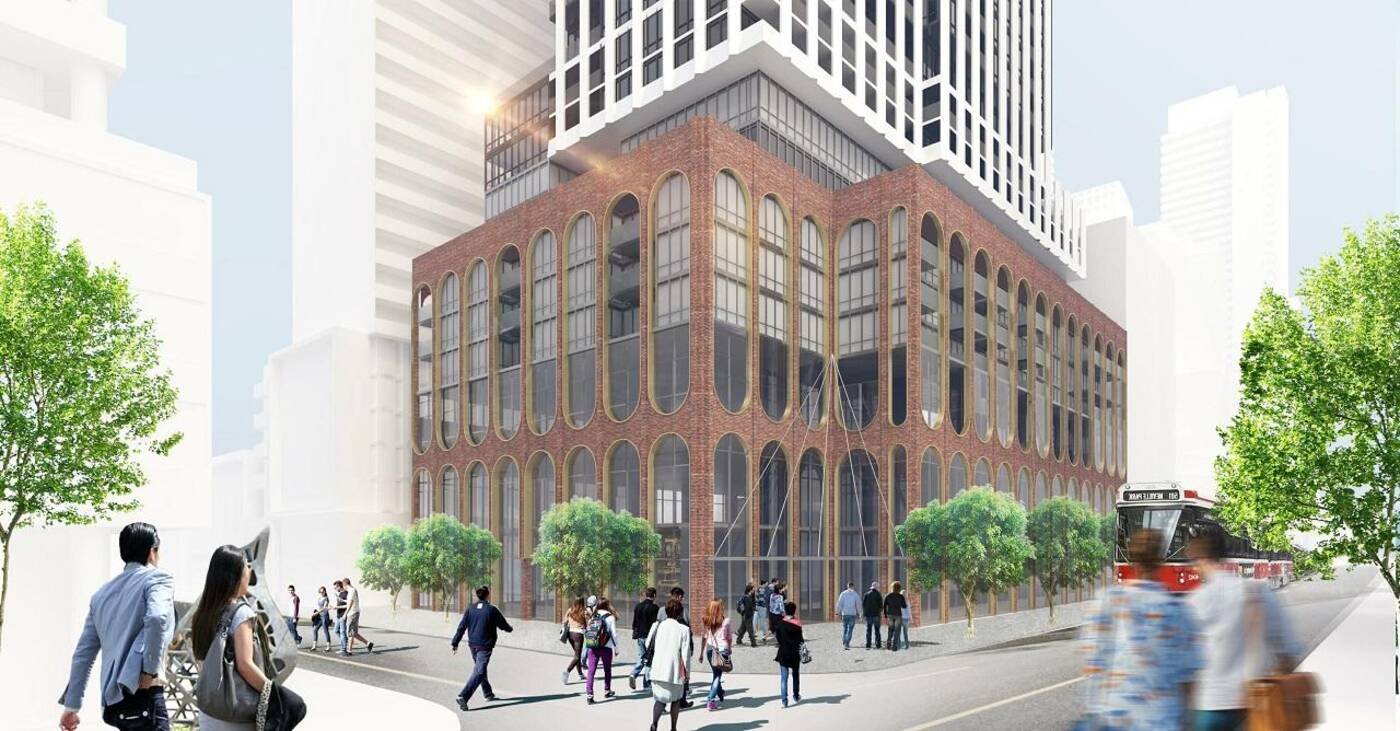 In terms of what residents can expect, amenities revealed to date include a pool, a party room, a fitness centre, some 150 underground parking spots and 551 bicycle spaces.

No completion date for the project has been set, nor has construction even started, but the launch of marketing materials for condo sales is promising in terms of actually now knowing what the building will look like.

We can now all breathe sighs of relief that the tower replacing the old MEC will look nothing like the new MEC location on Queen Street West. Thank god.