A Toronto architecture studio is currently working on a new kind of development that just might help solve the city's never-ending housing crisis.

The project, titled the Hi-Lo Hybrid, is in the works from Toronto-based PHAEDRUS Studio. When completed, it will serve as a five-storey development with several residential homes, a live-work unit and a retail space — all of which will be located on the narrow lot and laneway of just one typical single-family home. 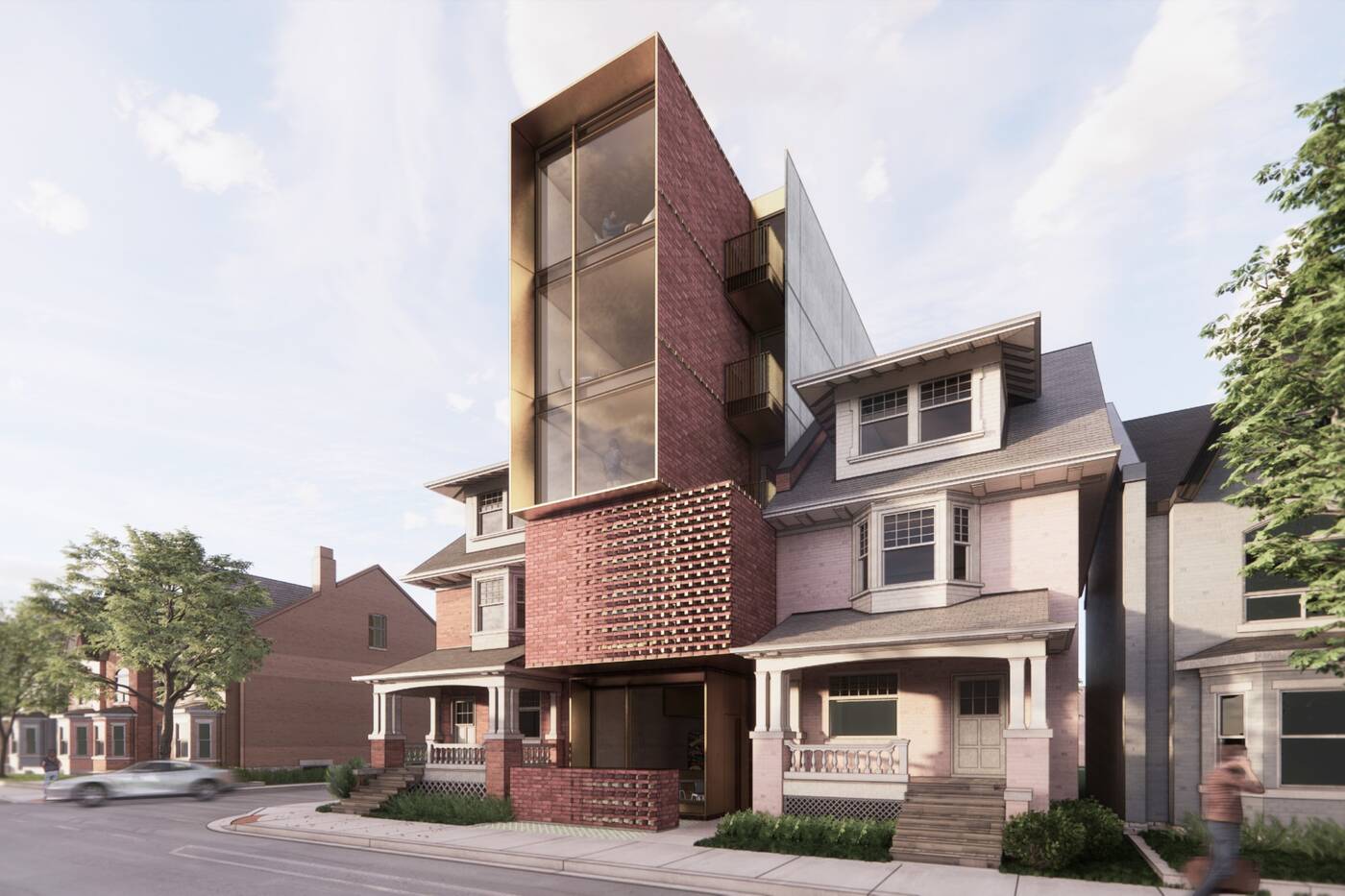 Rendering of the southwest view of the development.

Hi-Lo is proposed for a transit-oriented main street in Toronto, and it will provide space for either four three-bedroom homes or eight one-bedroom units instead of housing a single family upon completion.

This, according to Grant-Rubash, is exactly the kind of development the city needs in order to offer more housing options as quickly as possible. 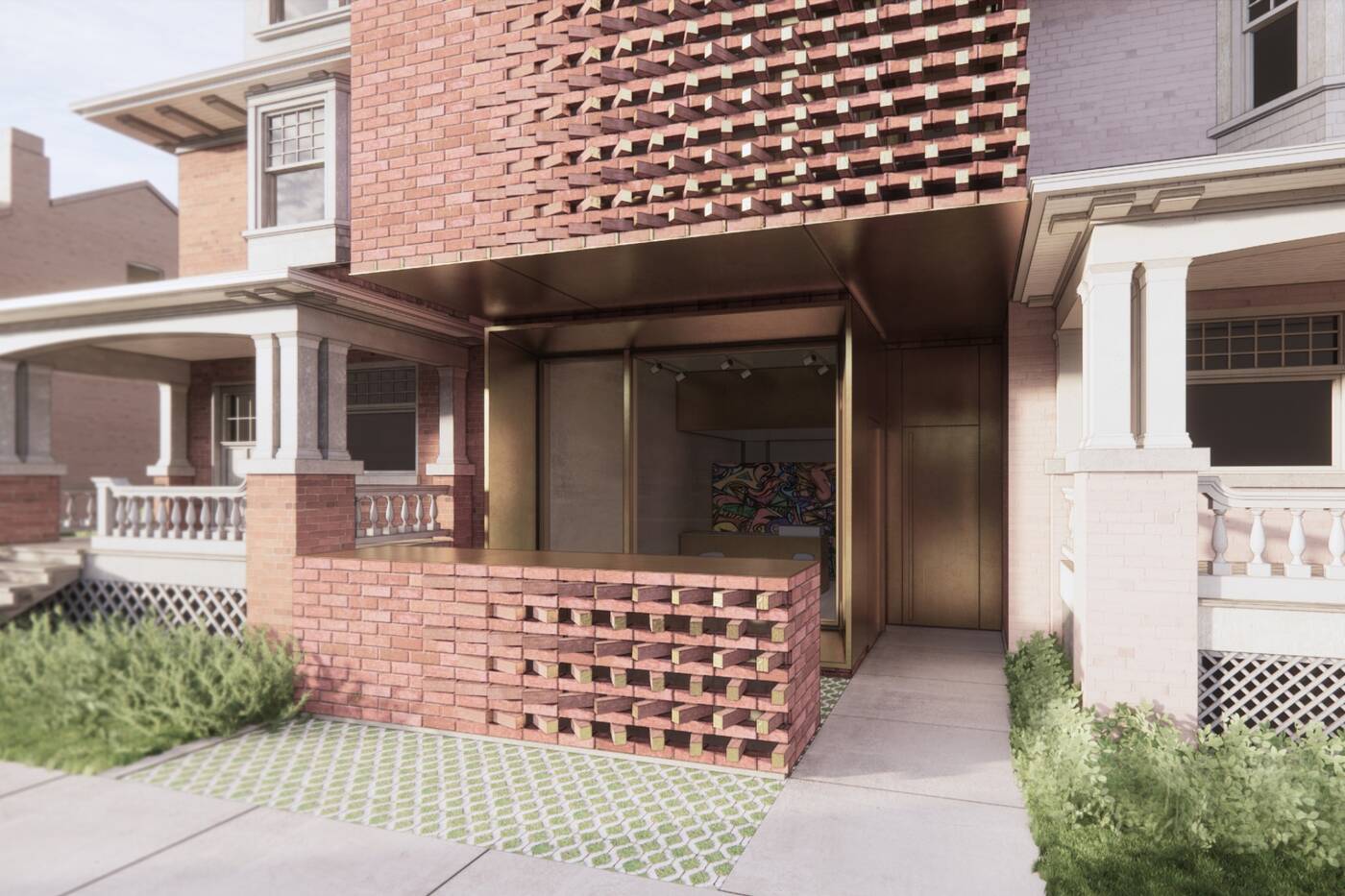 Rendering of the southwest sidewalk view of the development.

"By taking into account Toronto's existing lot fabric it could mean more housing better distributed across the city and build out more resilient and walkable communities. We can't rely on towers, outsized mid-rise buildings or even stacked rowhouses alone," he continued.

"These projects require novel sites or take years to assemble multiple properties with another five to 10 years to get approved and built. After all of that, they tend to loom large or stretch an entire city block, often alienating the areas of the neighbourhood left behind." 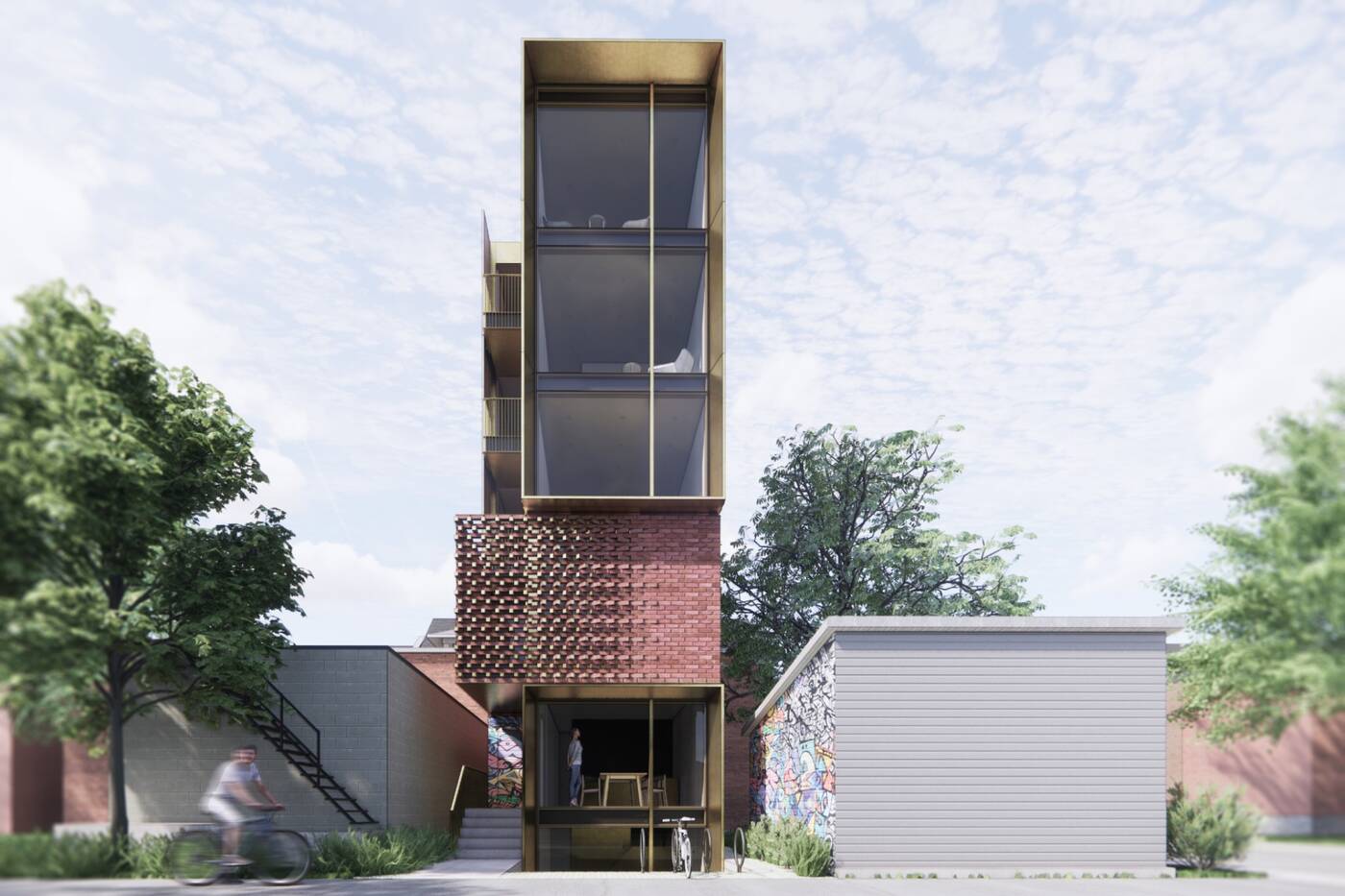 Rendering of the back of the development looking east.

But while this type of project is already fairly common across many regions in both North America and Europe, according to Grant-Rubash, it is currently not permitted on many of Toronto's major avenues due to zoning and planning policies.

And though there is strong demand for increased density and housing options on the city's existing transit and mixed-use corridors, they remain largely underdeveloped, according to the architect, including an estimated 250 km of existing single-family home properties reinforced by low-rise residential zoning and planning.

But Grant-Rubash said in order to help with Toronto's urgent housing crisis, and to provide options beyond the many towering condo buildings, the city would be wise to look into making the necessary zoning and application changes to allow for these developments throughout Toronto.

Sketch of the interior sections of the development.

"While there are some areas with more opportune zoning, too often modest infill projects face the same arduous approval process as large scale developments or find themselves seeking minor exceptions," he said.

"Without city staff support these projects can end up in an expensive and lengthy appeals process. If the city is serious about housing it needs to do more to pave the way for projects similar to this one or, even better, change the zoning," he continued.

"This will open the doors for smaller scale developers, builders and businesses to contribute to the housing solution. Beyond that, we should look to building regulations and codes already in use in major modern cities outside of Canada that address this building type as well as other missing middle housing in ways that make it even more viable to consider and build."