Recently-shuttered Toronto bar now being rented as a studio apartment for $7,500

With the tragic closure of Toronto's worst-kept "secret" bar, you can now pay five times market rent for a studio apartment inside a dimly-lit Kensington Market strip mall.

The former home of Cold Tea (RIP) is now up for rent as a "Studio 5 Baths Townhouse" for a whopping $7,500 per month. 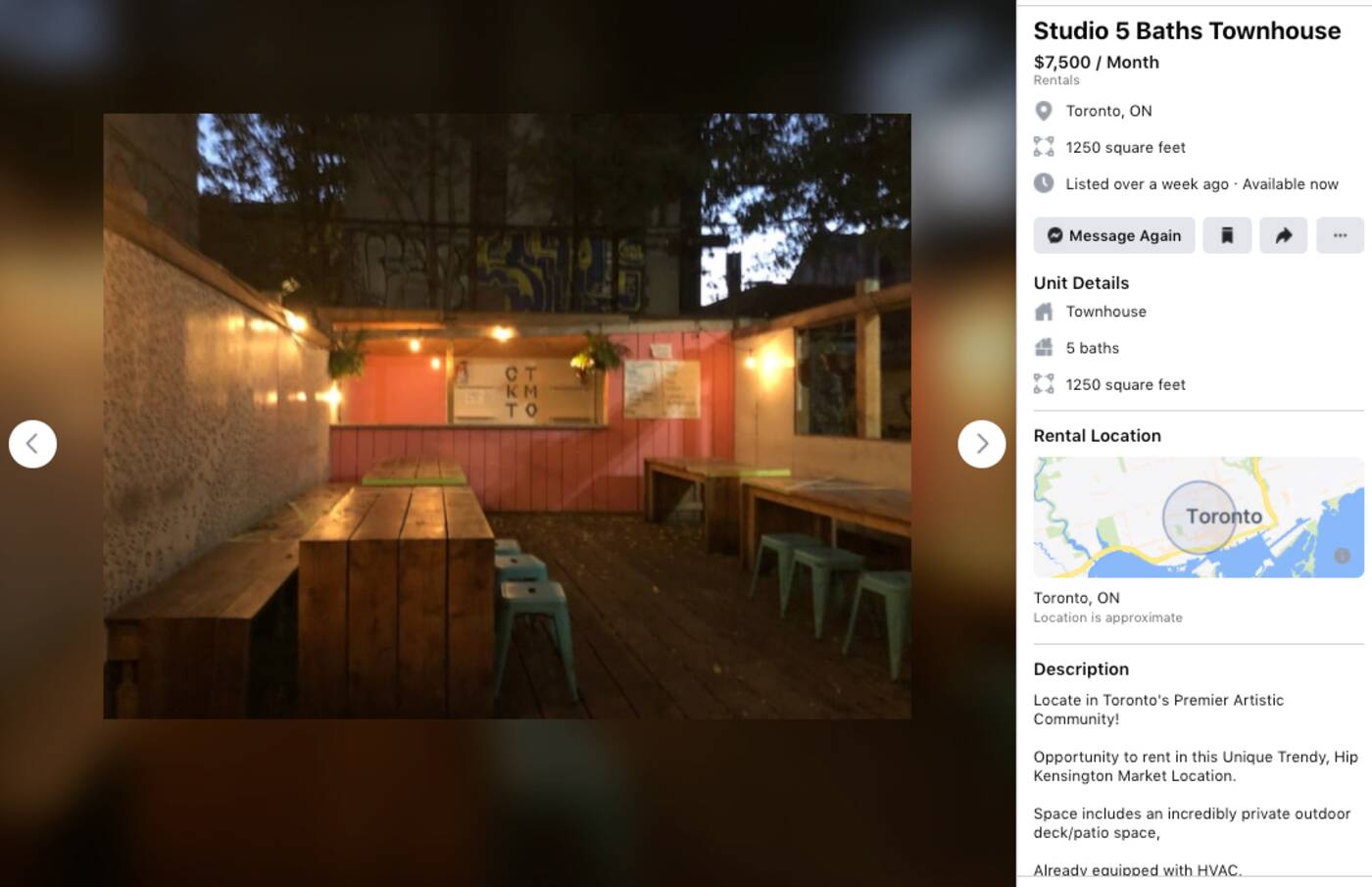 Cold Tea was famously forced to close in late 2020 after a full decade of serving up good times behind a nondescript door in Kensington Mall, identifiable only by the red light above it and, often, the long line snaking up to it.

The bar and restaurant's owners announced the closure in November amid a global pandemic that continues to wreak havoc on local businesses, particularly those in the service industry.

"We knew our lease was expiring at the end of 2020 and struggled with the landlords over the last 18 months to solidify a new one," wrote Cold Tea owners Stacey Welton and Oliver Dimapilis on Instagram when announcing that all operations would move over to the brand's newer Queen Street location.

"Unfortunately, and even after being a solid tenant for 10 years, and amidst COVID, they refused to be reasoned with. This is a tough pill for us to swallow and we fought hard." 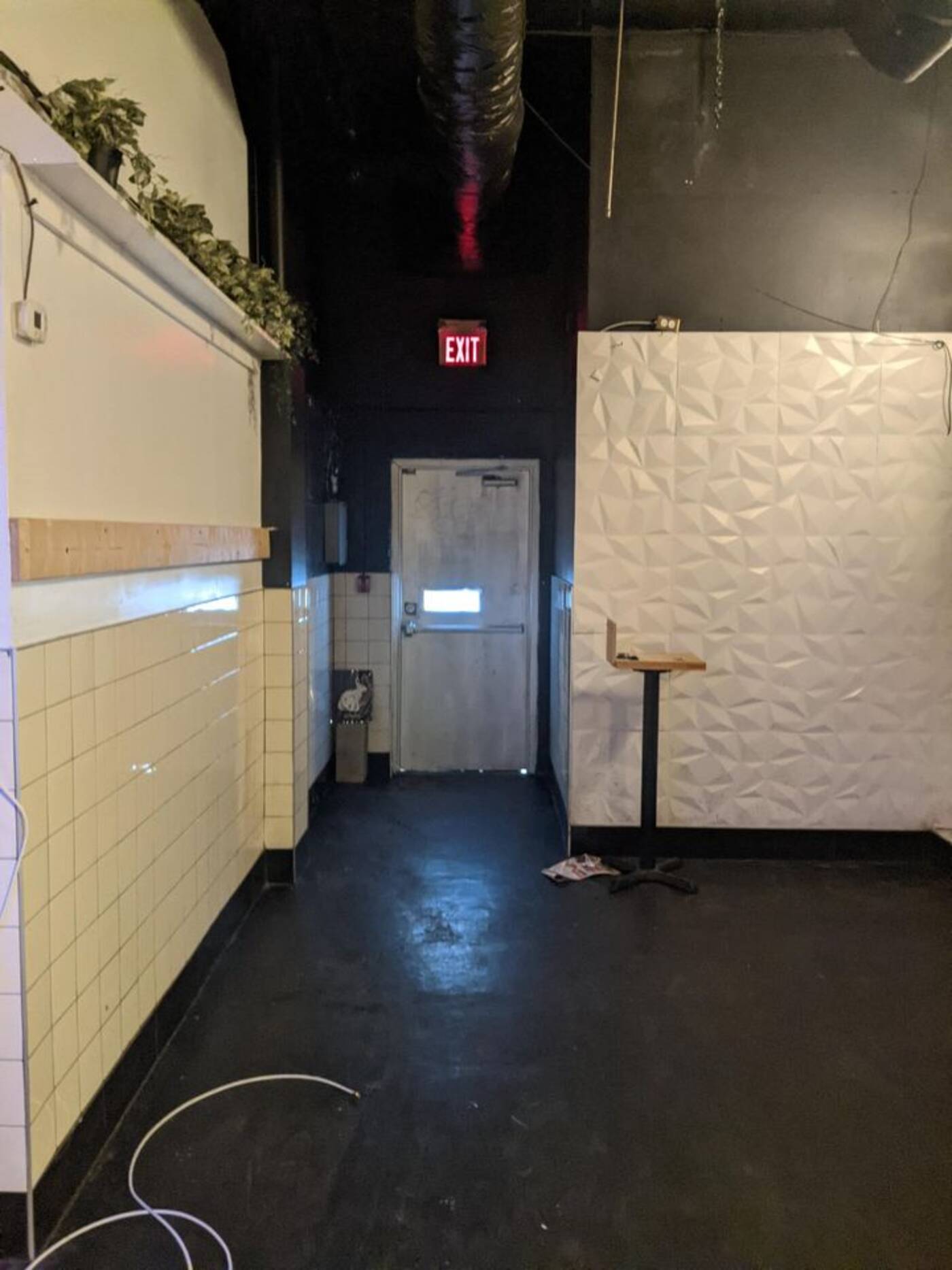 The landlord, who has yet to respond to a request for comment, appears ready to find a new tenant for the space — presumably a quieter one, since the bar is now listed as a residential unit.

It's weird to think about living inside Cold Tea, which did undergo significant renovations as a restaurant a few years back, but also kind of exciting.

There aren't any bedrooms and, to the best of my recollection there aren't any showers either — just five toilets that have definitely seen some things. 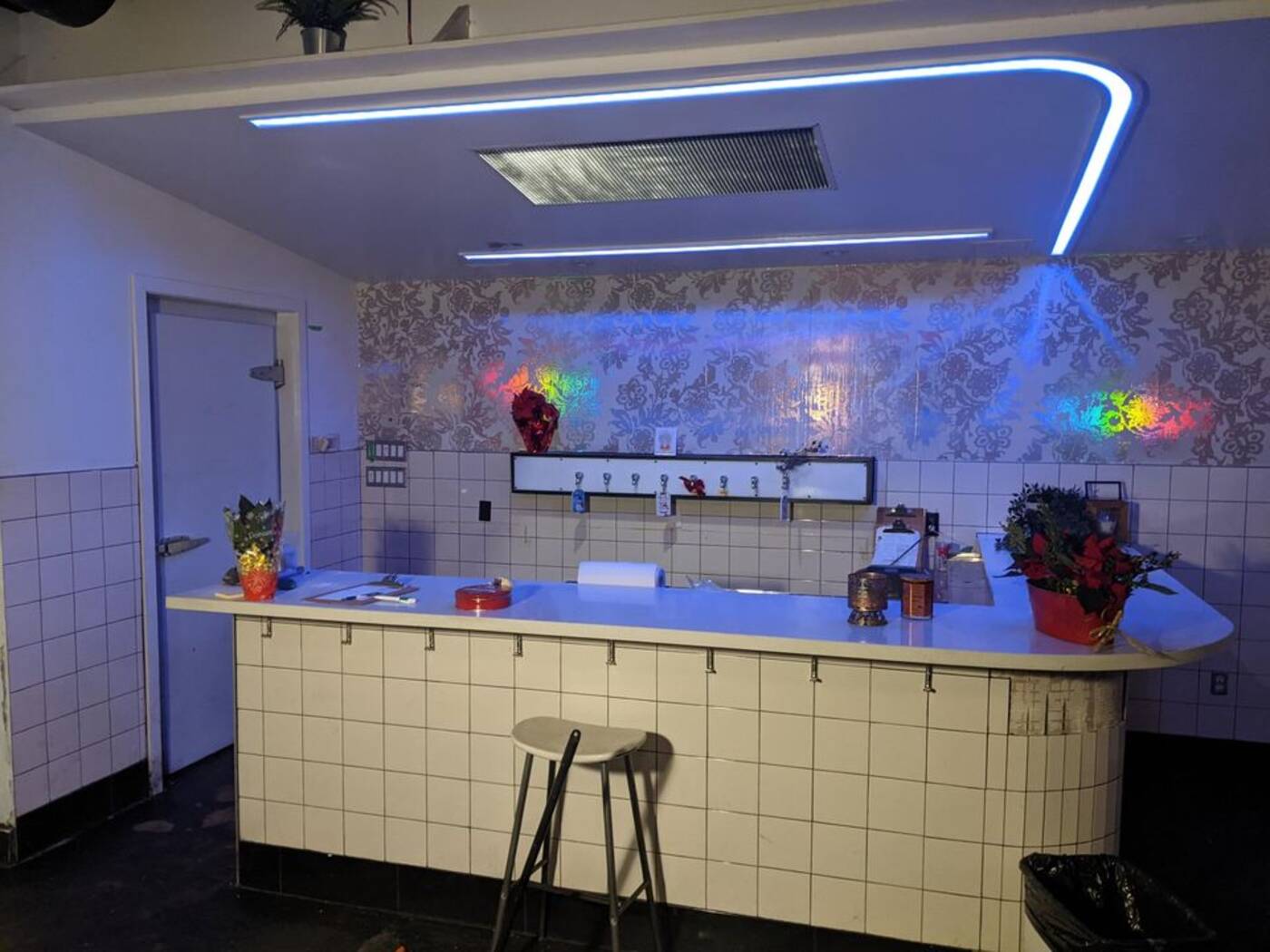 As for a kitchen, you'd be using the main indoor bar.

Photos don't show many appliances, though it's safe to say you'd have a sink and somewhere to cook, as Cold Tea was a great restaurant in addition to an awesome bar.

There's also a massive industrial refrigerator right next to the bar, begging the question of whether this space is actually zoned for residential use. 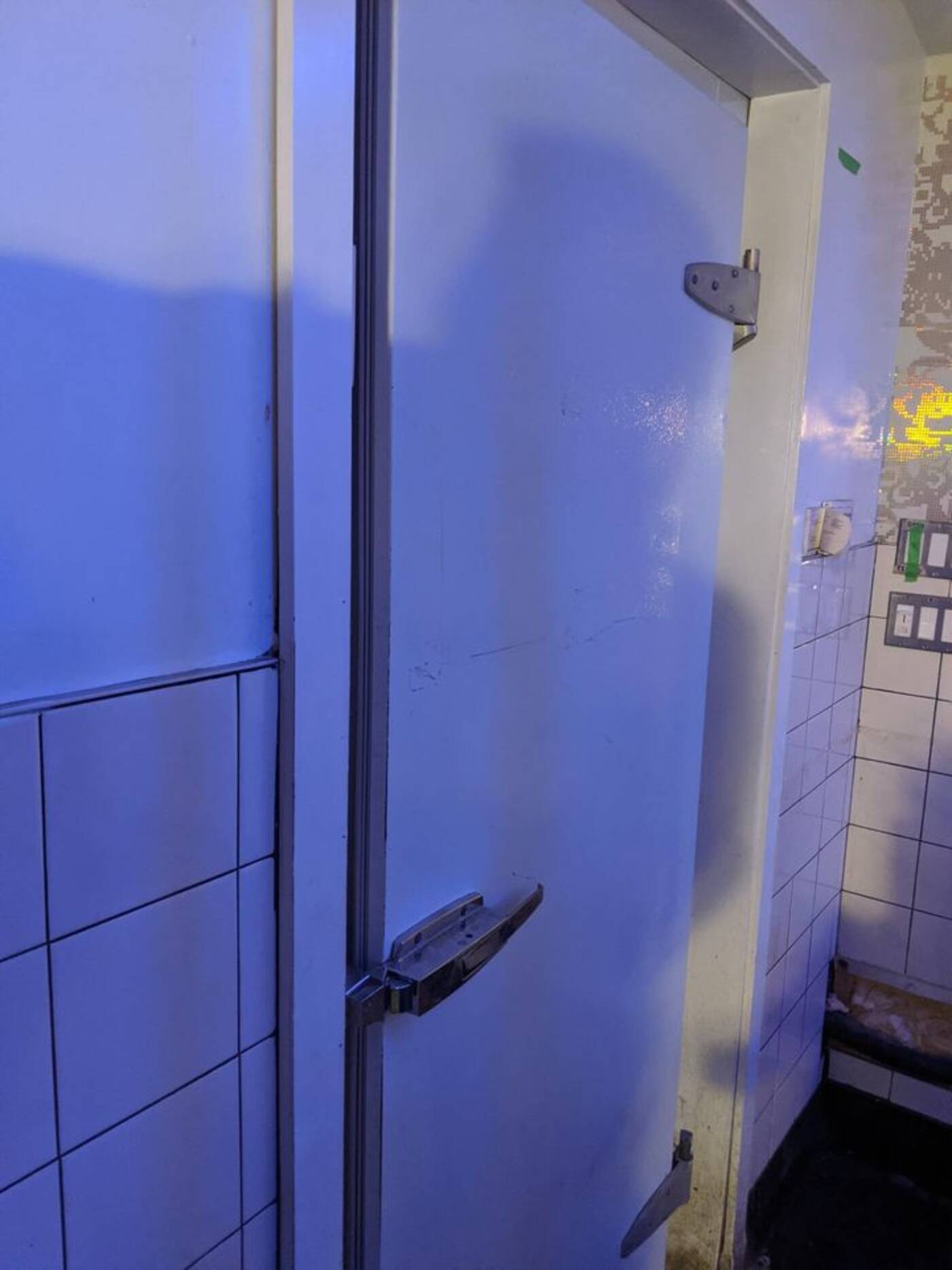 Some people on Facebook are skeptical about the listing's veracity. On Kijiji, it's actually listed under the category of "Commercial & Office Space for Rent."

That said, the landlords did consciously list it on Facebook as a 1,250-square-foot rental unit with the heading "Studio 5 Baths Townhouse."

Perhaps they'll simply take whatever they can get with $7,500 a month to spare. 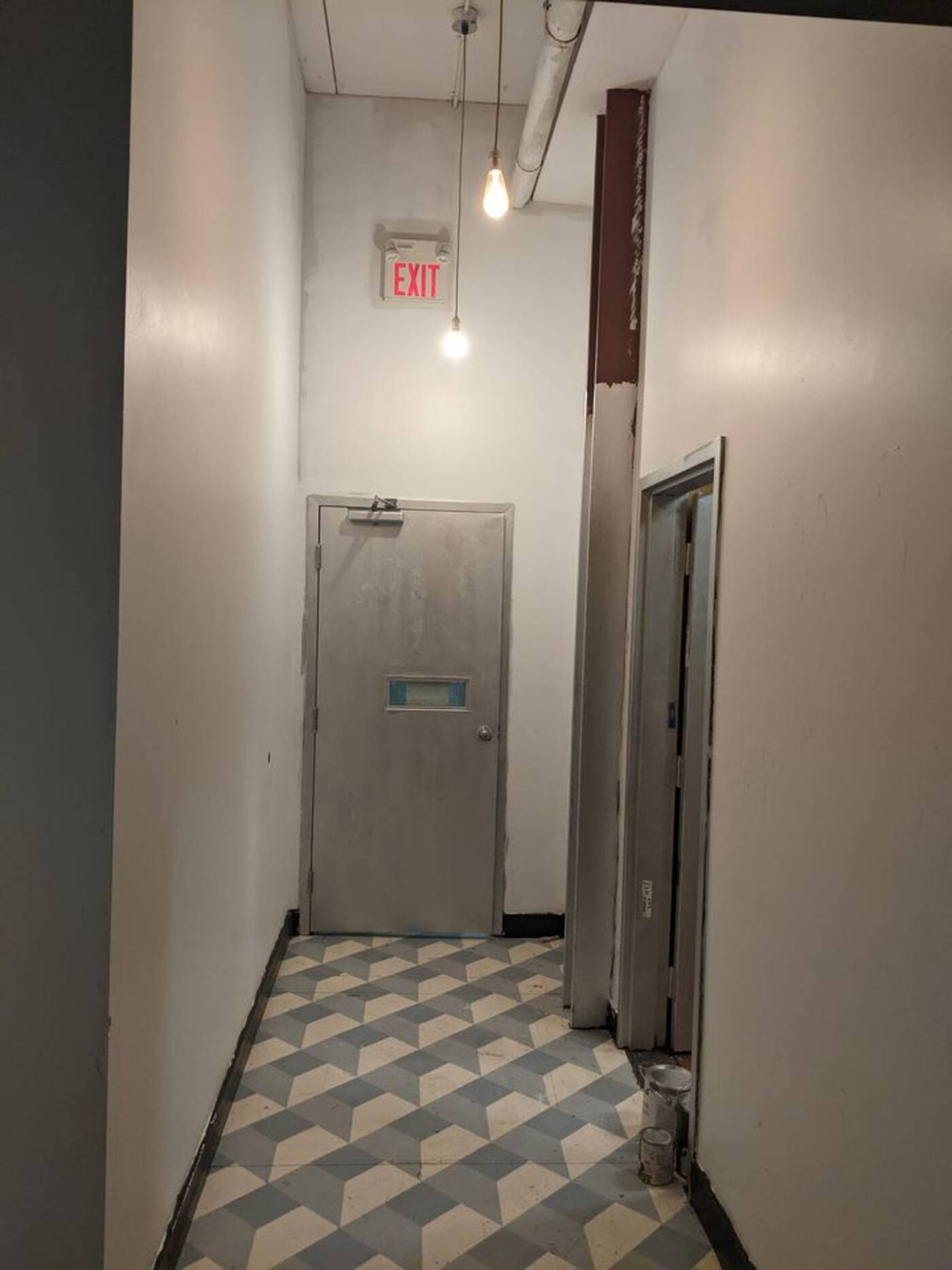 Whoever nabs the space will have one of Toronto's best back patios at their disposal... and likely need to deal with some late-night knocks on the door from those unaware that Cold Tea has closed for years and years to come.