New plans have been submitted for the Northeast Scarborough Community Centre: a $40 million building set to replace a kiddie park in the Rouge.

The future community hub has been in the works since 2019, with plans for a two-storey building to replace the Joyce Trimmer Park, formerly McAsphalt Park, at 8450 Sheppard Ave. 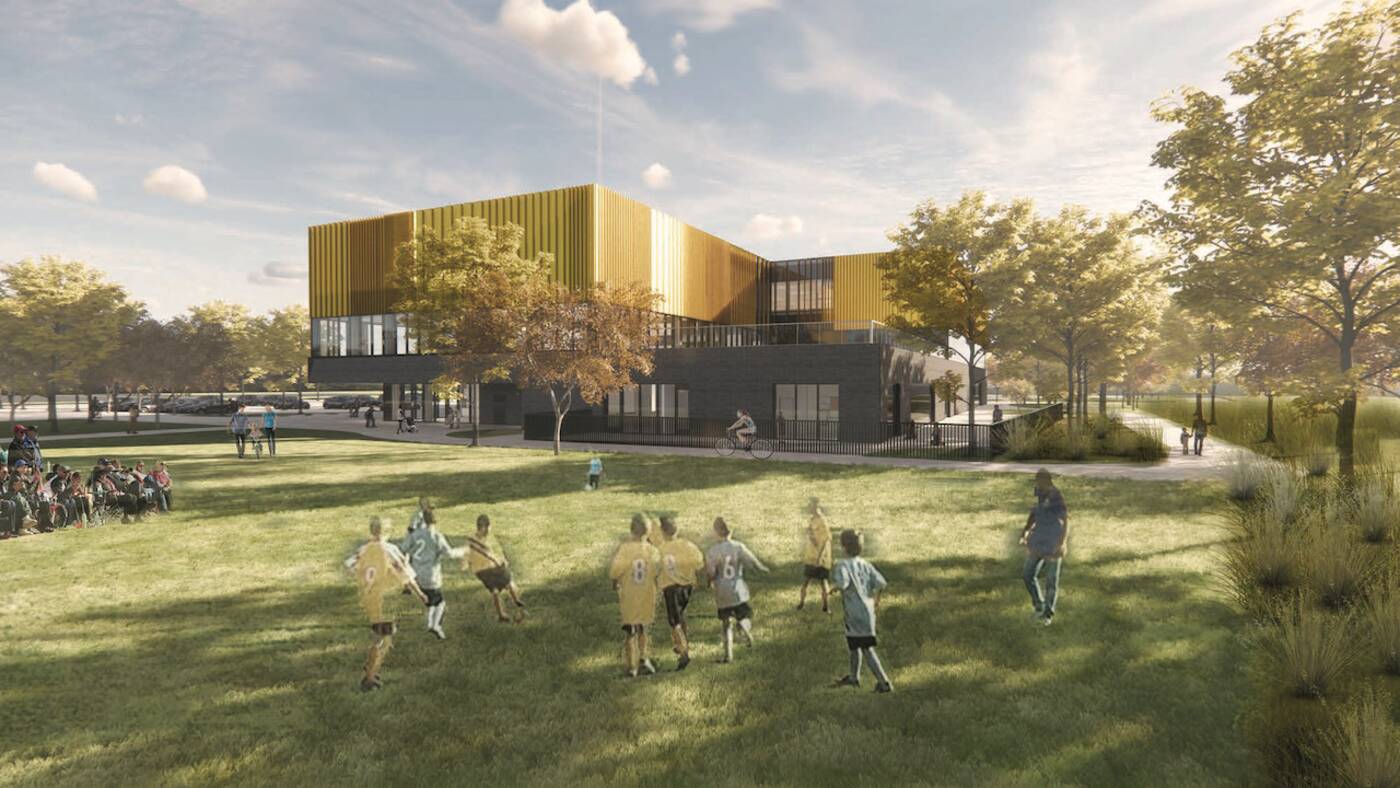 The proposed Northeast Scarborough Community Centre will replace the Joyce Trimmer Park. Photo by Perkins&Will via City of Toronto submission.

Recent submissions to the city from designs firm Perkins&Will and PMA Landscape Architects show the plans have changed.

The community centre will now sit at three storeys on the corner of Sheppard Avenue and Conlins Road. A parking lot originally slated for the west side of the development has now moved to the east side.

Other changes include a smaller soccer field and relocated basketball court. 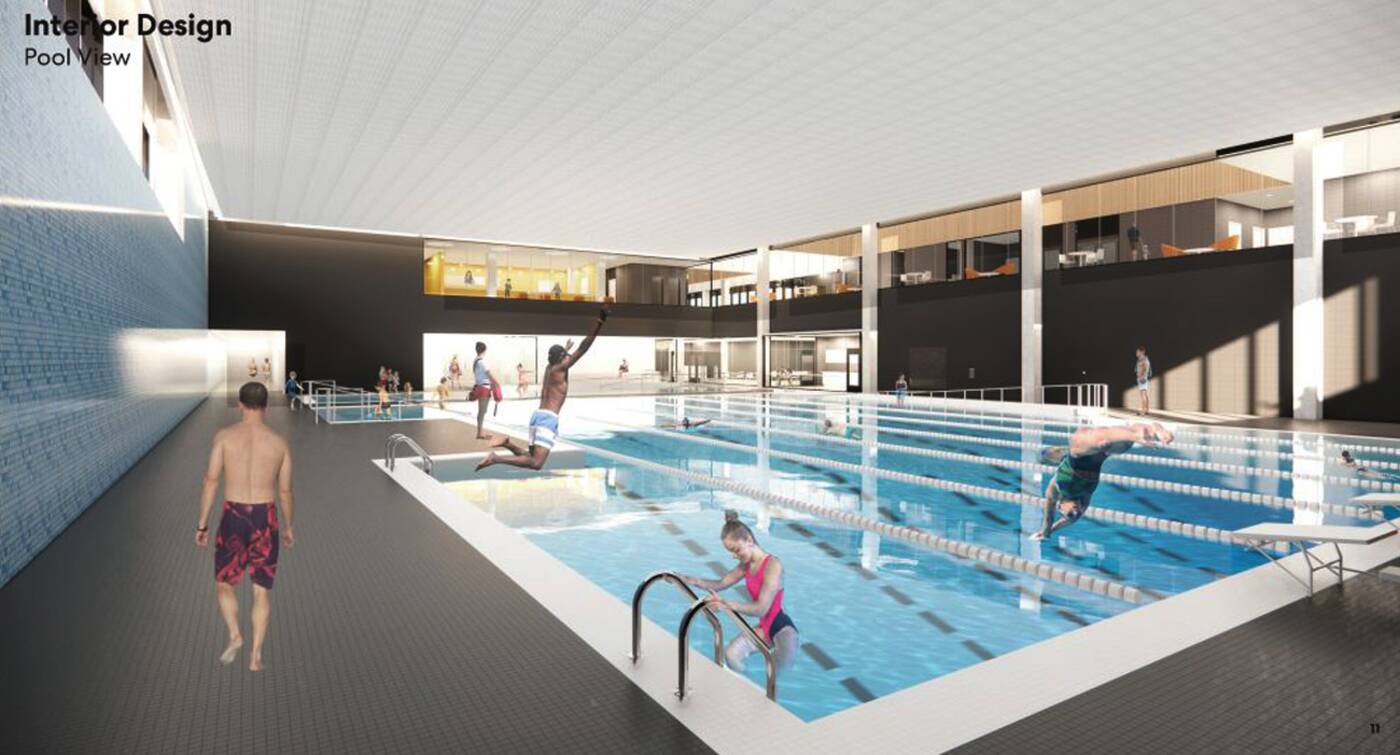 Amenities include a new full-sized lap pool on the ground floor. Photo by Perkins&Will via City of Toronto submission.

A new skate park has been introduced to the picture, plus ping pong tables, an outdoor playground, plenty of outdoor seating, and a splash pad.

Tying in the community centre's proximity to Rouge National Urban Park, located just north of the site, will be the addition of 96 trees and other grasses and flowers that are native to the area. 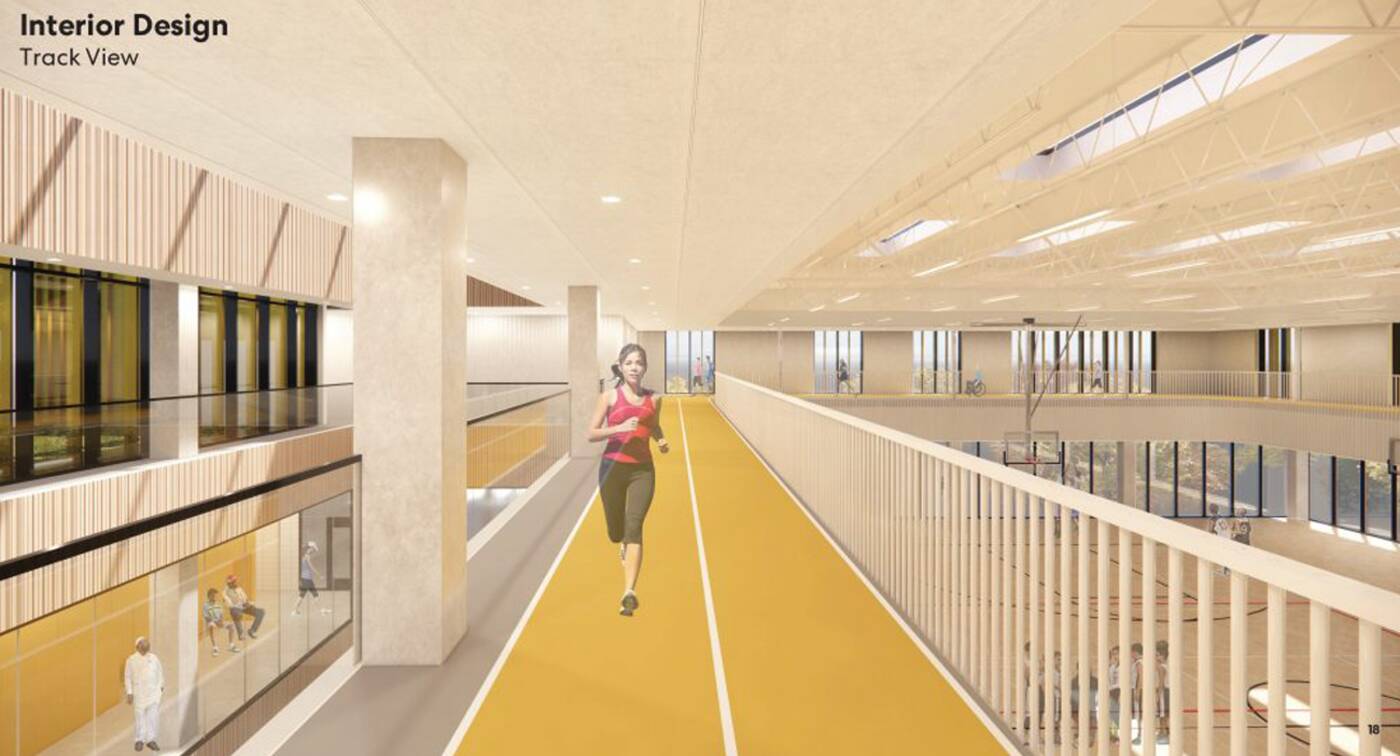 A running track will encircle the main gymnasium on the third floor. Photo by Perkins&Will via City of Toronto submission.

A few of the outdoor spaces have also been set aside for large scale public art. Submissions for those are due on Feb. 8, 2021.

Inside the community centre will be a slew of amenities. The ground floor will see a sleek lobby, a child-care centre, and viewing deck of the full-sized lap pool. Change rooms will be located in the basement. 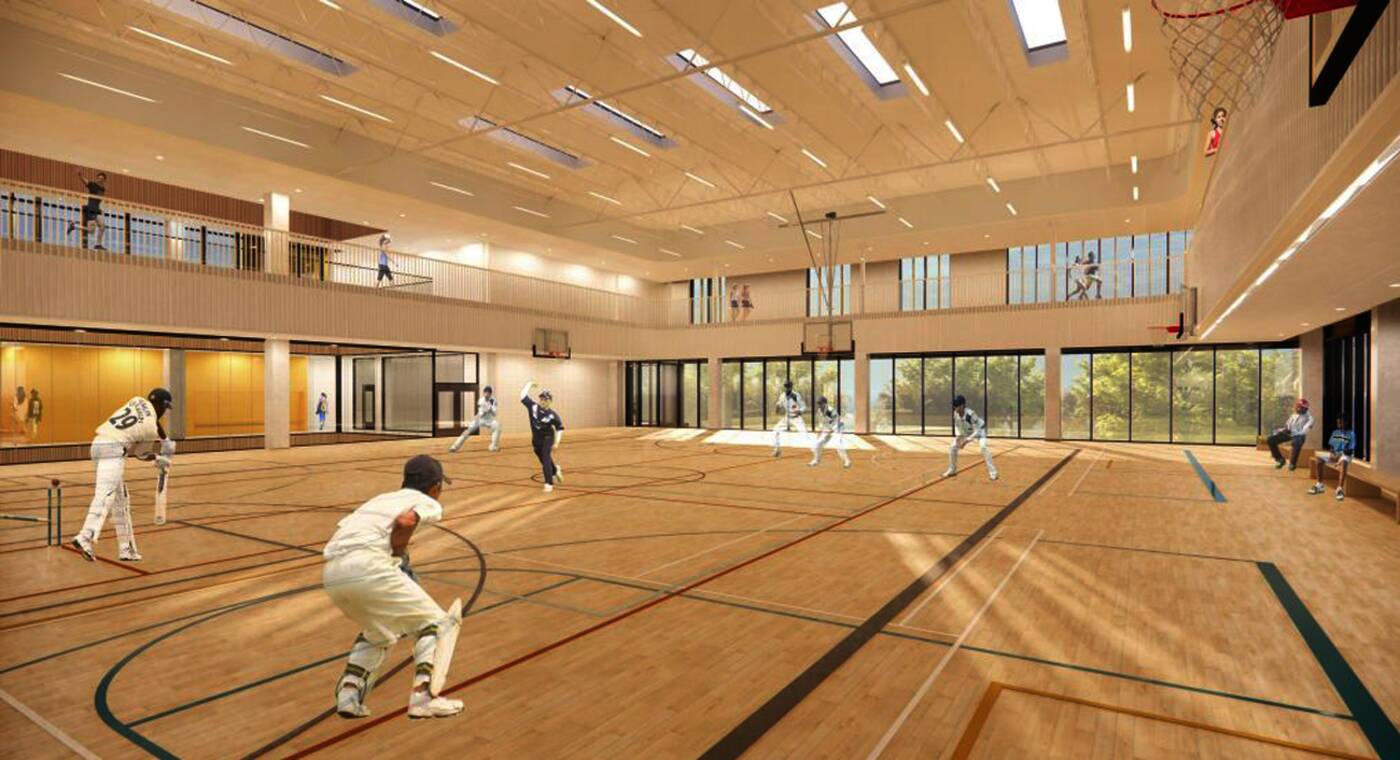 Cricket players are invited to play inside a full-size gym on the second floor. Photo by Perkins&Will via City of Toronto submission.

The second floor will see a full-size gym that's large enough to play cricket in. The level above that will be an indoor track, where runners can encircle the gym below.

Though the Toronto Pan Am Sports Centre, which features a slew of similar amenities, is located only five minutes' drive away, the Northeast Scarborough Community Centre is distinctly more family-oriented. 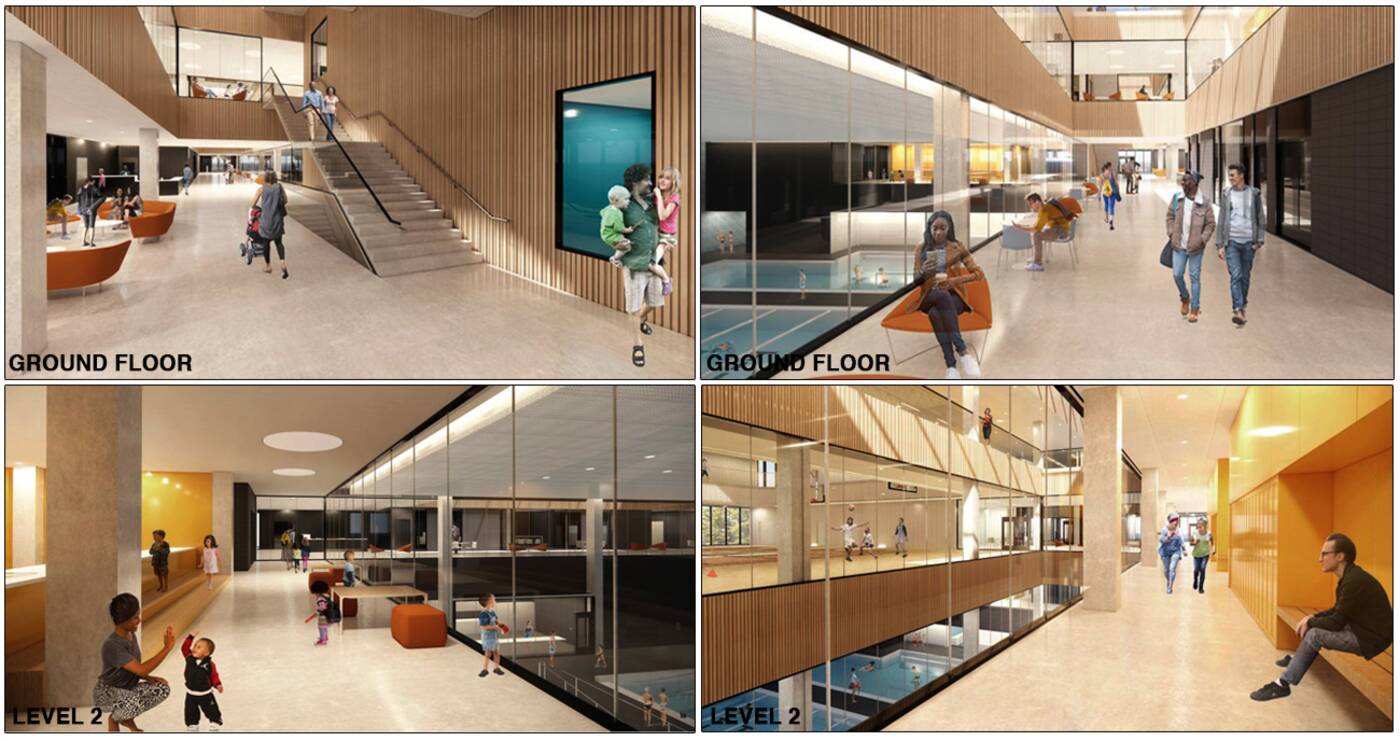 Originally designed with two storeys, the most recent designs propose three storeys instead. Photo by Perkins&Will via City of Toronto submission.

Like the newly-opened Canoe Landing Community Recreation Centre at CityPlace, this building will also feature a newly-proposed green roof. Construction is expected to begin in October 2021 and finish by December 2024.

Perkins+Wil via City of Toronto submission