A development application for a segment of Queen St. E in Toronto's Corktown is being assessed by the city just a few months after the rowhouses were gutted by a terrifying four-alarm fire.

The storefronts and the apartments above them at 471-479 Queen East at Sumach were purchased by Toronto developer Brad Lamb in April 2020 to be converted into condos.

Less than two months later, a part of the block — a two-storey building at 473 Queen St. E that was built in 1877, though not formally designated as a heritage site — ignited into a smokey blaze due to unknown causes.

The incident followed a previous fire that destroyed the neighbouring addresses of 479-481 in 2018, leaving a vacant lot on their place.

And now, slated to arise from the rubble of both infernos is a 15-storey mixed-use building dubbed The Queen, to include 2,292 square feet of ground floor retail space and 143 condo units, the majority of them studio-sized. 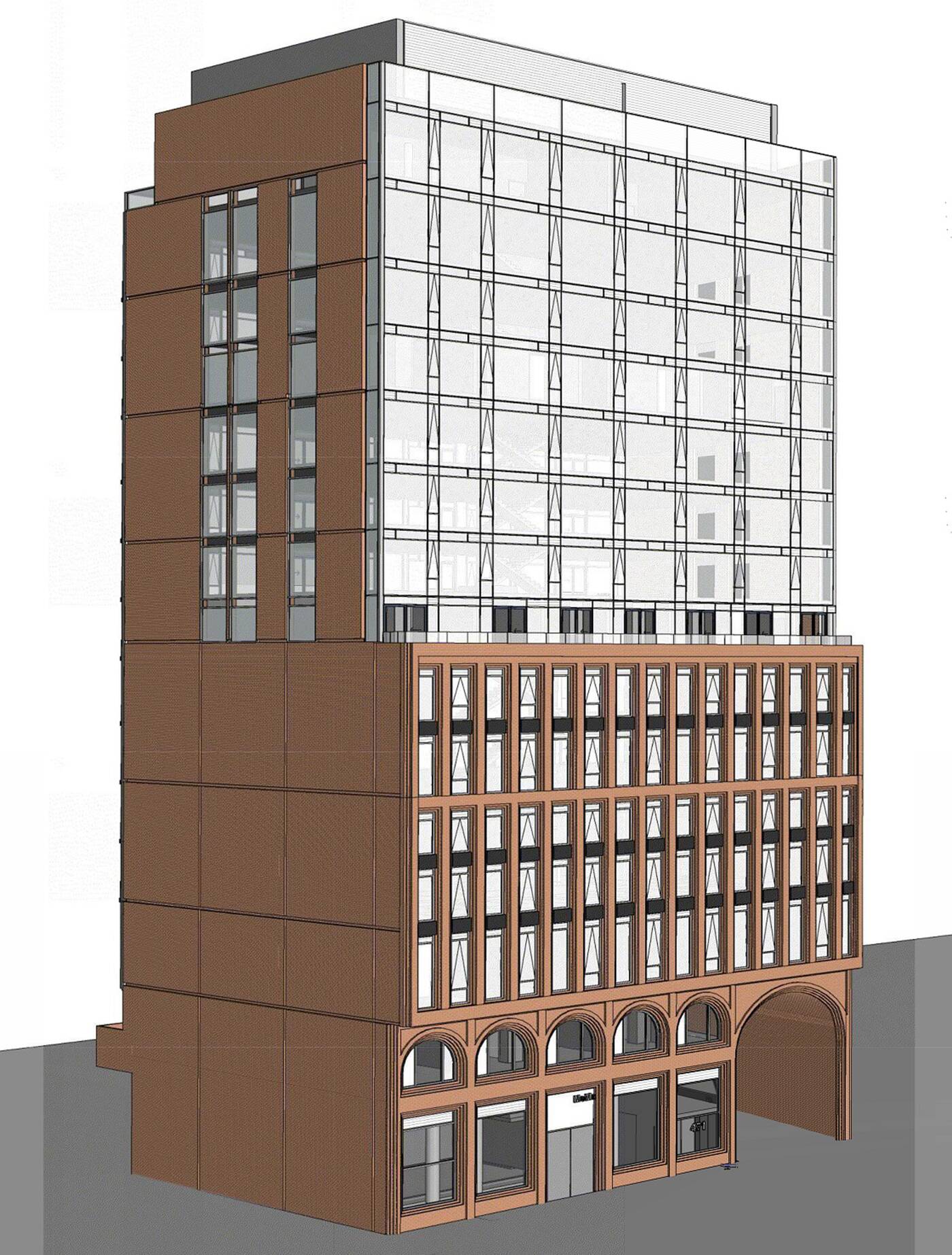 A total of 76 studios, eight one-bedroom, 20 one-bedroom-plus-den, 23 two-bedroom, 16 three-bedroom units, amenities and underground car and bike parking will be housed in a rectangular red-brick-and-glass building designed by A&Architects that suits the vibe of its neighbourhood better than other new complexes in recent memory.

Though the design is quite muted, there are flourishes like a large and distinctive arched tunnel leading to the back of the building, as well as arched windows and some terraces on the eighth floor. 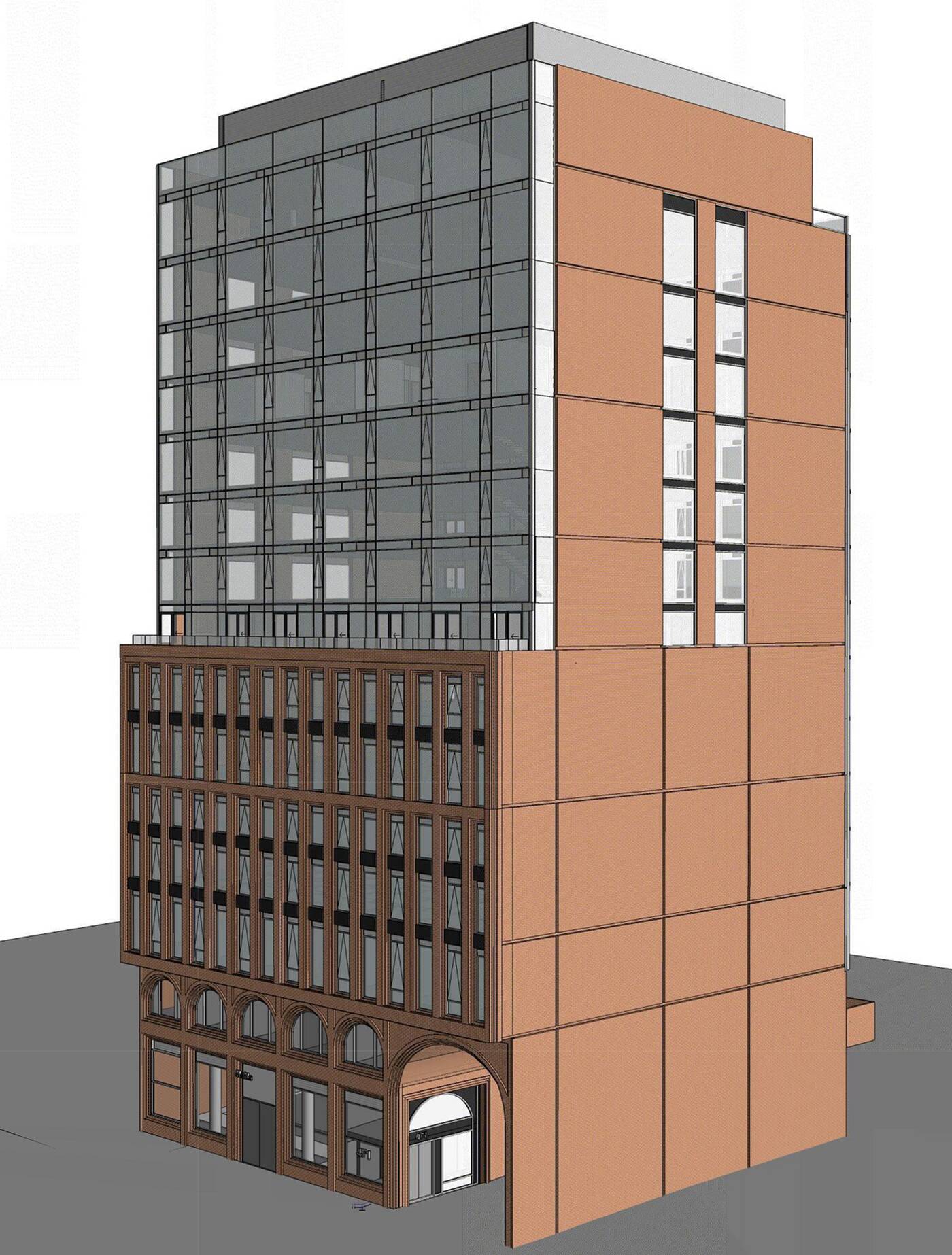 Council is currently in the process of deciding whether construction can go forward after the application for rezoning was submitted two months ago.

Meanwhile, hopefully there won't be any more unfortunate incidents at any of the sites of Lamb's other future projects — a second of the company's properties served as the site of not one, but two separate blazes within days of one another last spring.