Just two days after a fire broke out inside a heritage building in the Wellington and Spadina area, the very same building appears to have caught fire once again.

At 8:47 a.m. this morning, Toronto Police reported that there was "smoke coming from [an] abandoned home" and an active fire at Wellington Street West and Spadina Avenue.

They also said roads were closed in the area.

Fire crews arrived to the scene shortly after and successfully put out the blaze, but photos from the fire show black smoke rising from an already damaged structure.

The same building on Wellington that was just on fire and was put out yesterday appears to be on fire again today#Toronto pic.twitter.com/a2pCRPIF8W

The building in question — at 422 and 424 Wellington St. West — is abandoned and consists of two late 19th century semi-detached houses that have been deemed to hold historical significance. 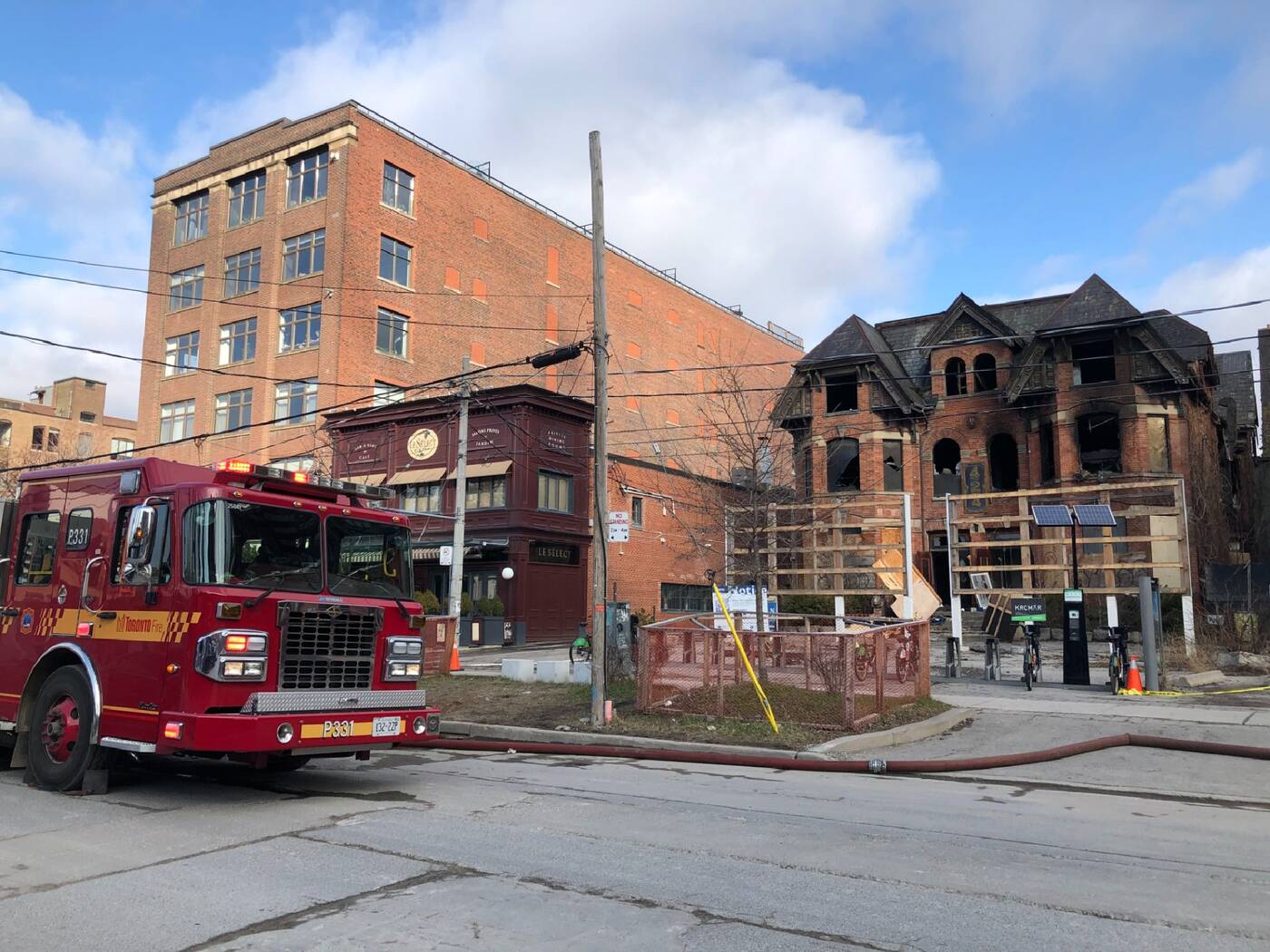 A photo of the heritage building after the fire was put out this morning. Photo by Tanya Mok

The structure is therefore protected under the Ontario Heritage Act, and some are wondering if the consecutive fires have anything to do with the recent appeal of a proposed condo development.

"This is a massive financial gain for them, if the building burns to the ground," one Twitter user wrote in response to police this morning. "Allows them to move forward with the condo project. Look up Wellington House."

"Is this 424 Wellington W again? Perhaps the owners of the property could, I dunno, do something to actually secure this building so it stops 'accidentally' catching on fire?" another wrote.