Toronto and other GTA municipalities have seen average rent prices decline quickly and consistently since the pandemic first hit last March, but one jurisdiction appears to be a bit of an outlier: Brampton.

According to the latest rent report from torontorentals.com and Bullpen Research & Consulting, Brampton's average rent increased by 10.8 per cent annually in December, while the average rent in Toronto fell once again.

"Part of the rise can be attributed to a change in the composition of listings, with more townhouses and condo apartments compared to 2019," reads the report.

But in Toronto, the rental market continues to be severely impacted by the pandemic, with the average price for condo rentals and apartments declining by 19.4 per cent in December.

"Rental rates continued to decline in the final month of 2020, and there is little evidence that rents will stop their downward trend anytime soon," said Ben Myers, president of Bullpen Research & Consulting, in a statement.

And, with the exception of Brampton, the suburbs surrounding Toronto also continue to experience declines.

For example, the "905" municipalities of Richmond Hill, Vaughan, Markham and Oakville all saw double-digit decreases ranging from 11.5 per cent in Vaughan to 16.2 per cent in Oakville for condo rentals and apartments in December. 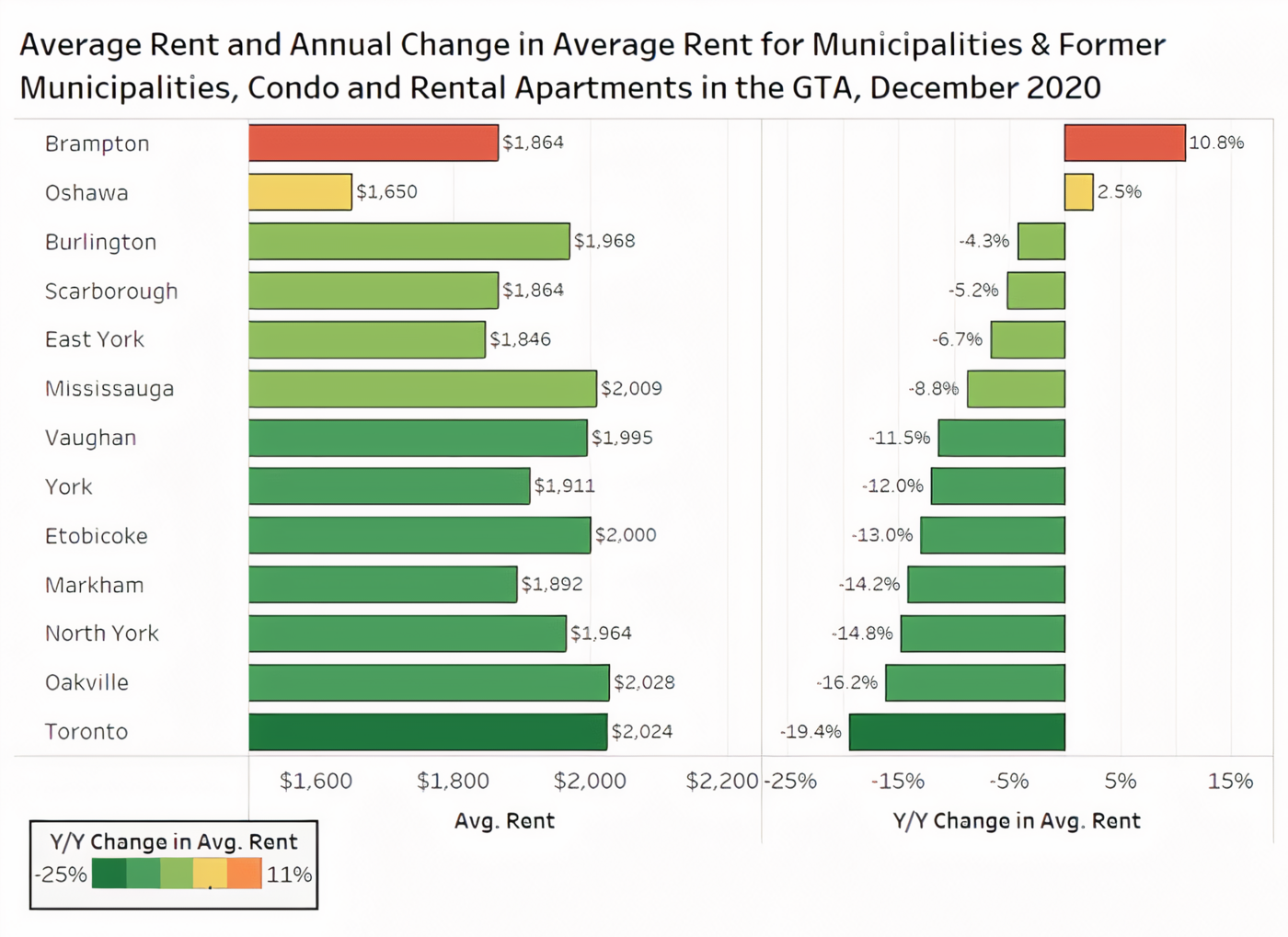 Average rent in GTA municipalities in December 2020. Infographic by torontorentals.com and Bullpen Research and Consulting

In the GTA as a whole, the average asking rent for all property types was down for the 13th straight month in December, declining by more than 16 per cent year over year for an average of $2,020.

"The first half of the year will likely remain a challenge for landlords and owners as tenants have a lot of choice, and based on the recent data, they have benefitted from waiting further as rents have declined at a rate faster than at any time over the past couple of decades," reads a news release about the rent report.

"There is no indication that the decline in rents is going to stop any time soon, especially with the second lockdown in Toronto, more stringent stay-at-home orders in place, the borders still closed and the slow rollout of COVID-19 vaccines. "