The historic home located at 98 Superior Ave. in South Etobicoke was demolished Monday morning despite a pending heritage status application and community efforts to save the home and preserve its history.

Both a demolition application and a heritage status application were submitted on behalf of the home earlier this month, but, to the dismay of many local residents, the demolition permit was issued ahead of the historical society meeting set for 9:30 a.m. today.

As a result, crews showed up early Monday morning to tear down the home despite the presence of community members who tried to stop it.

On Saturday, a woman named Charlotte Sheasby-Coleman also chained herself to the building in an attempt to save it.

"The property at 98 Superior Avenue has design value as a well-designed house-form building constructed in 1923 that incorporates elements of the British-inspired Cottage style with its symmetrically- arranged principal elevation and stone cladding," reads the heritage status application.

"The property represents one dwelling in a fine collection of three stone cottages (along with 96 Superior Avenue and 214 Queens Avenue) that is unique in the Mimico area." 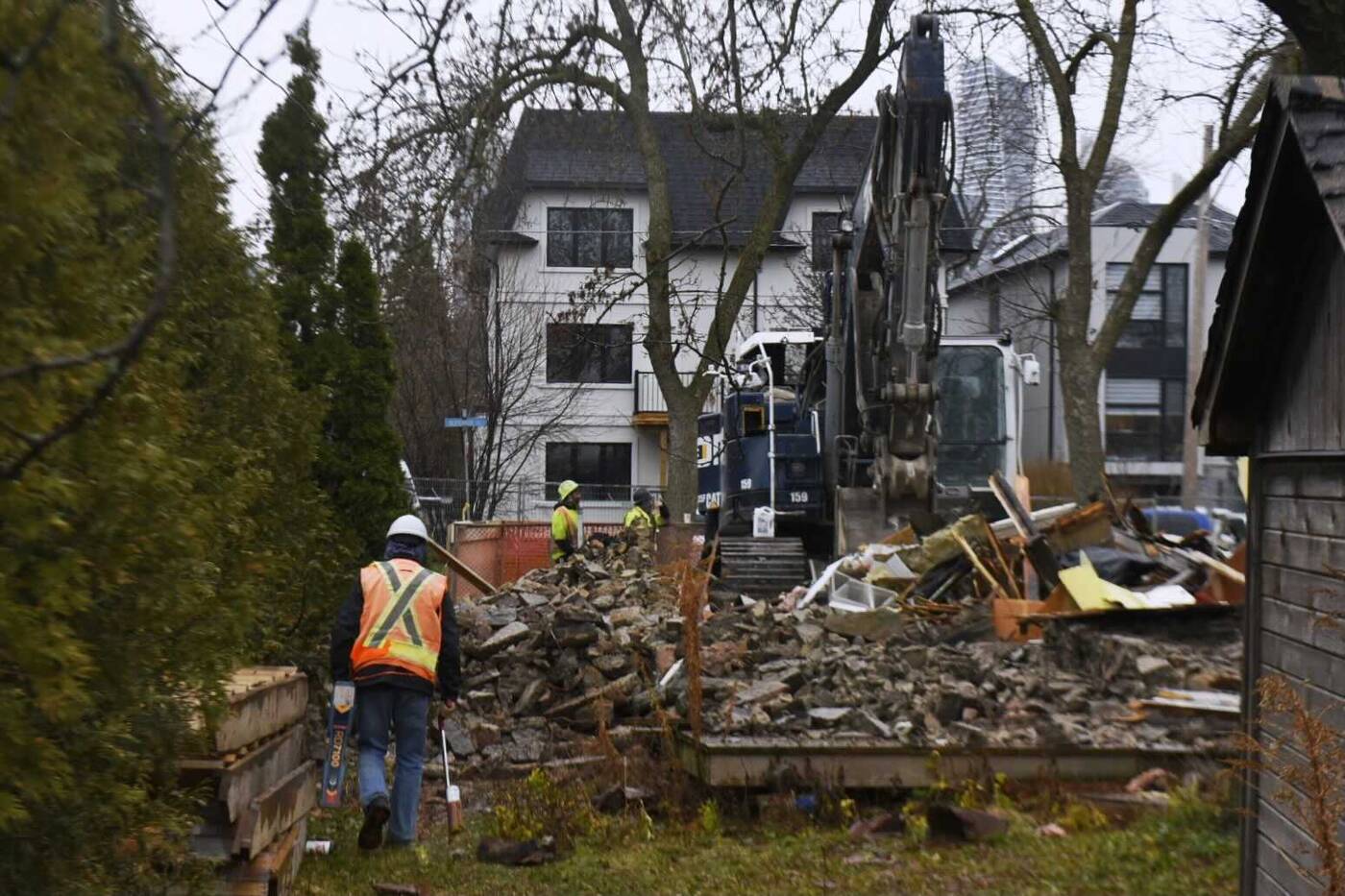 Last week, several people living in the neighbourhood told blogTO they hoped the home, or at least its façade, would be saved, and some said they had been emailing city officials asking them to prevent the demolition.

But the city told them there was nothing they could do, and community members reported seeing workers going into the home to remove items and fencing was installed around the property. 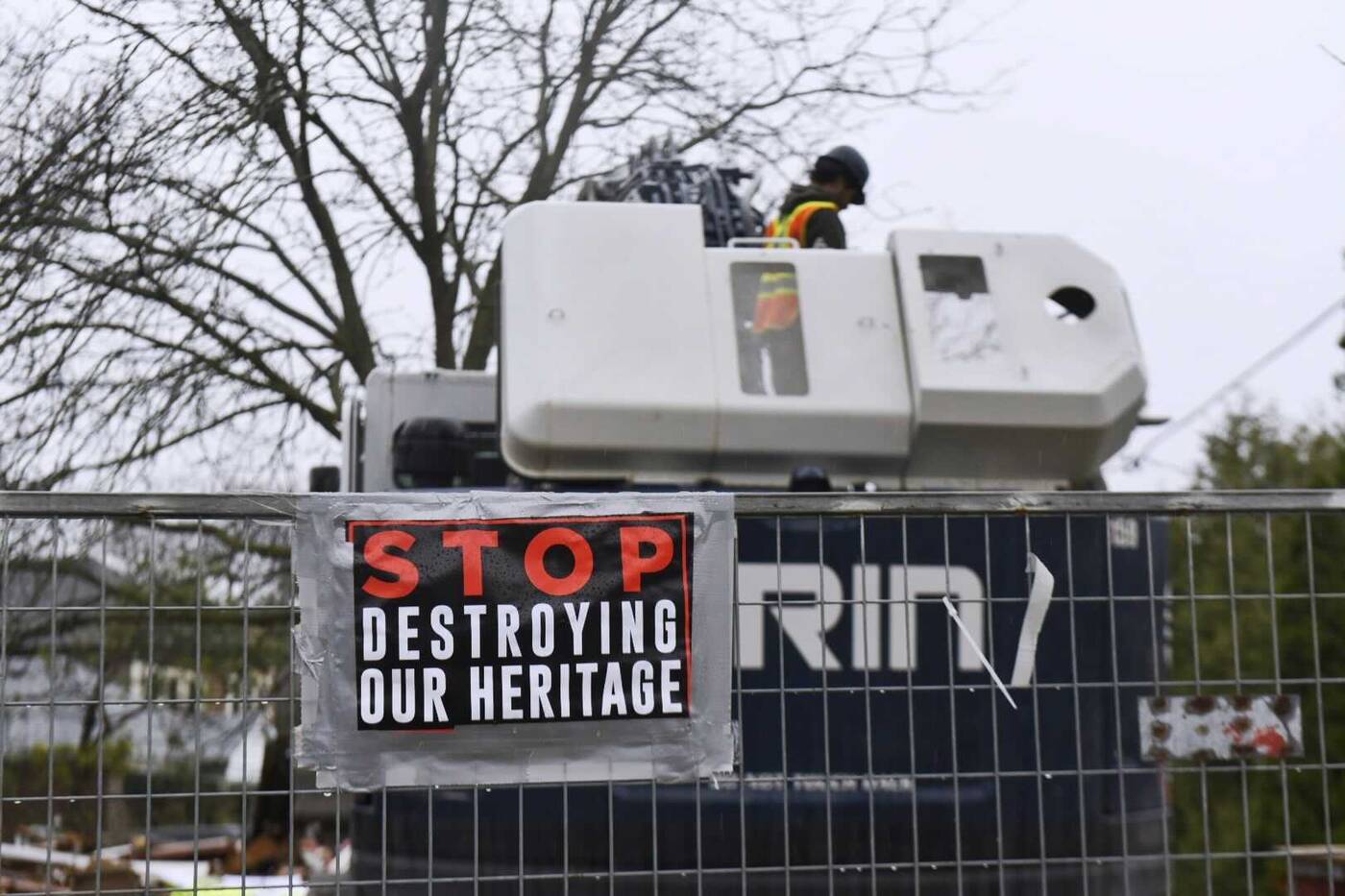 But while the home was demolished before 9 a.m. on Nov. 30, a sign saying "Stop destroying our heritage" can still be seen on the fence surrounding the property.

A sign saying STOP DESTROYING OUR HERITAGE remains on the fence outside the demolition site - 📹 @hectoravasquez #Toronto #TorontoDemolition pic.twitter.com/mspKgD7esg

"We keep losing more and more of our history and heritage around here," Arwen Hunter, who lives across the street from the home, told blogTO last week. "It is really frustrating."

The two remaining homes in the collection of the three stone cottages, located at 96 Superior Ave. and 214 Queens Ave., are set to officially be given heritage status today.