Residents in a Toronto neighbourhood are trying to save a historic home from demolition but it seems like they may be too late.

The stone home at 98 Superior Ave. in Mimico has both a demolition application and a heritage status application, but demolition may come first.

Arwen Hunter, who lives across the street from the home, has been emailing city officials to stop the demolition but has heard there is nothing the city can do. She had been told there would be a heritage meeting on Monday.

"The demolition permit, somehow, got through two days ago," said Hunter.

She can now see workers going into the home starting to remove items. Fencing has gone up around the home so it looks like they are preparing to take it down. 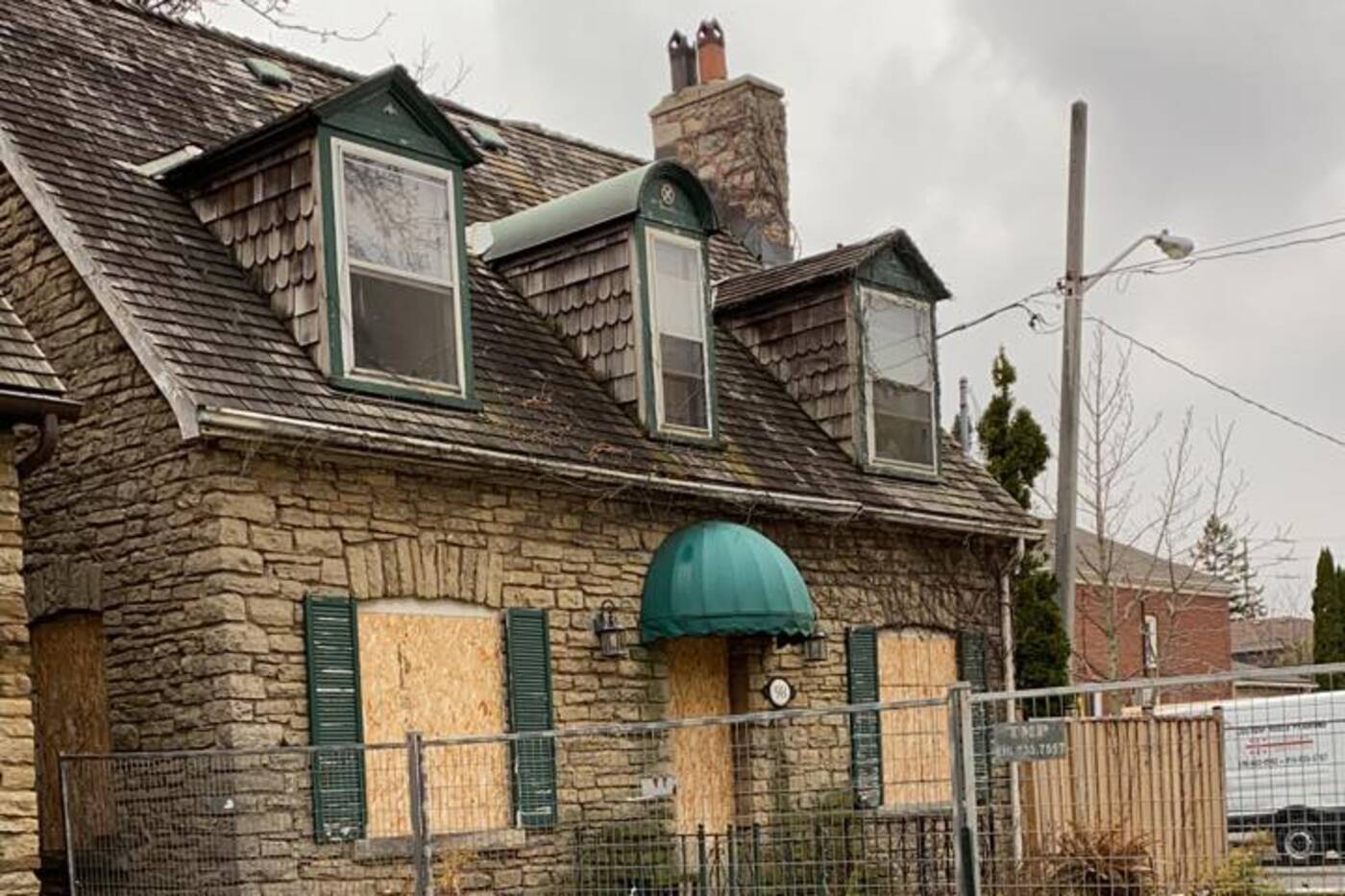 Fencing has gone up around the home at 98 Superior Avenue in Toronto.  Photo by Arwen Hunter

Hunter said she understands work needs to be done but had hoped some part of the home could be saved.

"We were hoping they could at least preserve the façade."

The home is one of three old stone cottages built sometime between 1905 and 1920, said Cindy Bleeks who lives in one of the three homes.

It is thought the stones to build the homes were quarried from Humber River or Mimico Creek, said Bleeks.

The home at 98 Superior was not kept up over the years and then it was purchased for redevelopment last year, said Bleeks.

Bleeks said she can't understand how the home can be demolished.

"It is just unfortunate that there is such a disconnect between a demolition permit being given and this is being reviewed for heritage," said Bleeks. 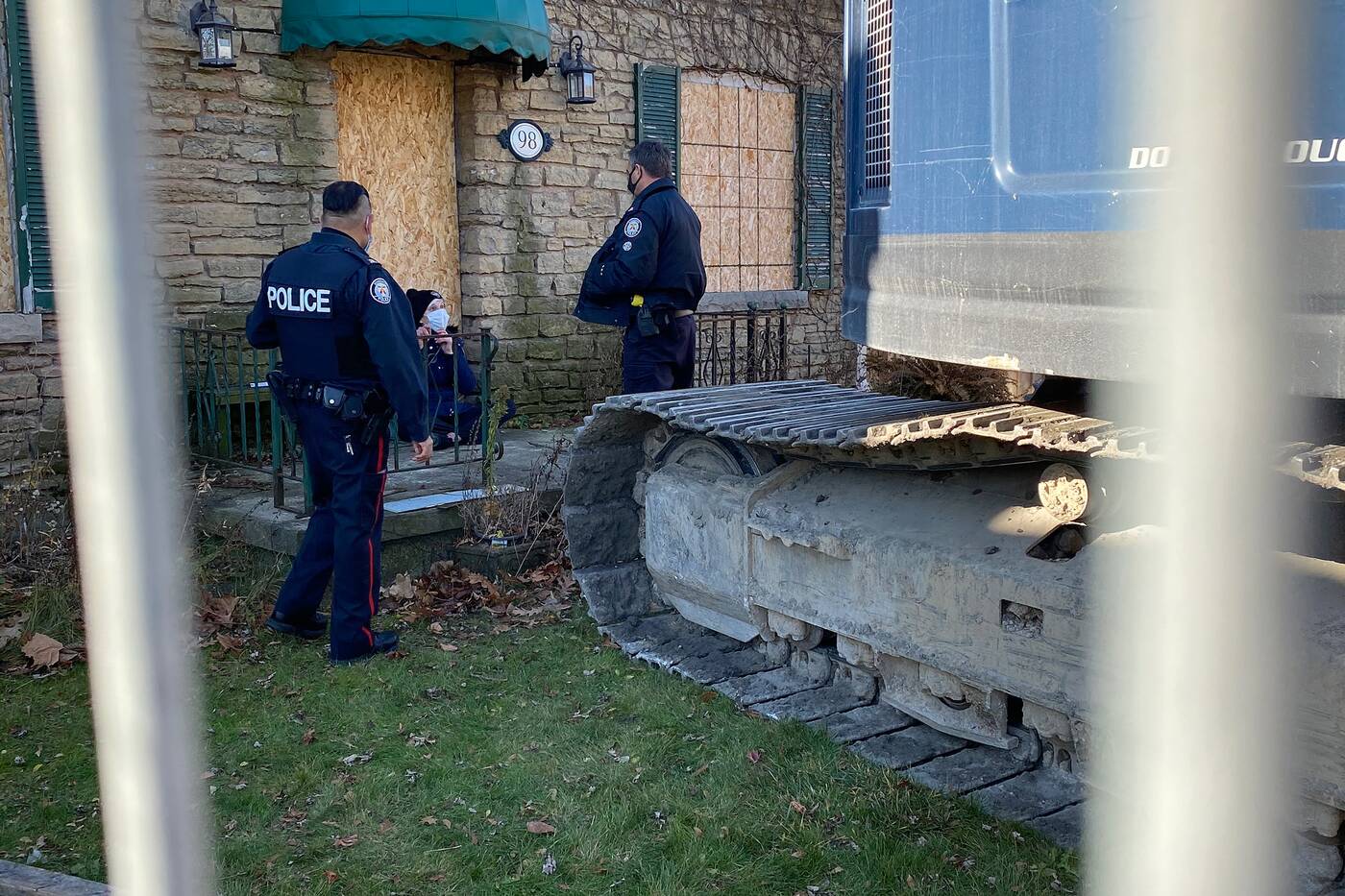 A protestor tried to stop the demolition at 98 Superior Ave. on Saturday. Photo by Arwen Hunter

The stone houses are special and often noted by people walking by, she added.

Another historic home in the neighbourhood was torn down recently, Hunter said.

"We keep losing more and more of our history and heritage around here. It is really frustrating."