The construction of five new condos are underway just north of Yonge and Finch.

M2M condos, which have taken over the site of the now-demolished Newtonbrook Plaza, has recently submitted an applicaton for Phase 2 of its 8.6-acre development. 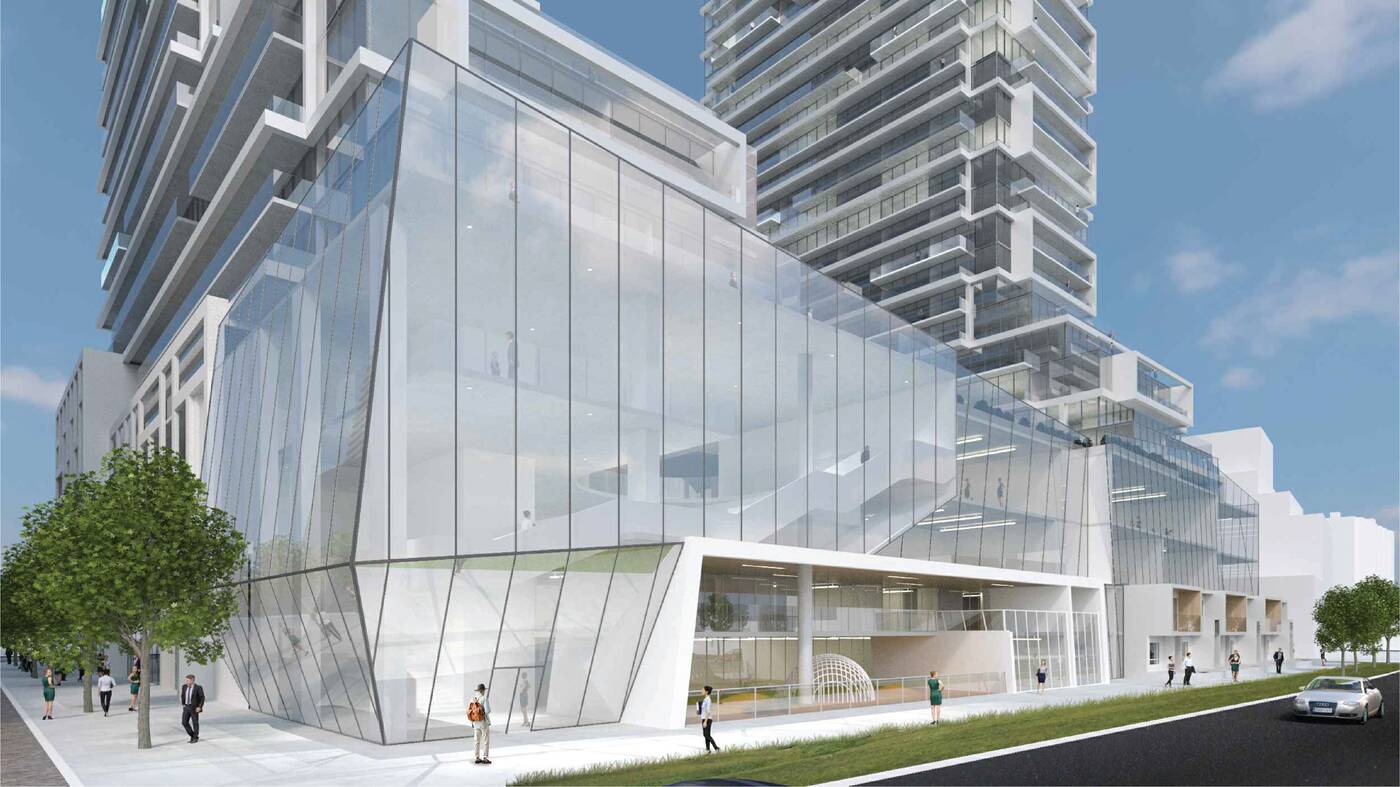 Developer Aoyuan has submitted an application for Phase 2 of its M2M Condos development. Photo via Aoyuan.

This second phase includes details for the northern parcel of the land, which will house two condos with commercial office spaces and retail units on Yonge Street.

The podium of Phase 2's pair of towers will include a daycare. Photo via Aoyuan.

There will also be a City-operated community centre and daycare located on the third and fourth floors of the condo podium. There are plans for a double-height gym with basketball courts and a second-floor running track.

A park spanning just over 1 acre will be located on the east side of the development, across a street that will be introduced to the neighbourhood. 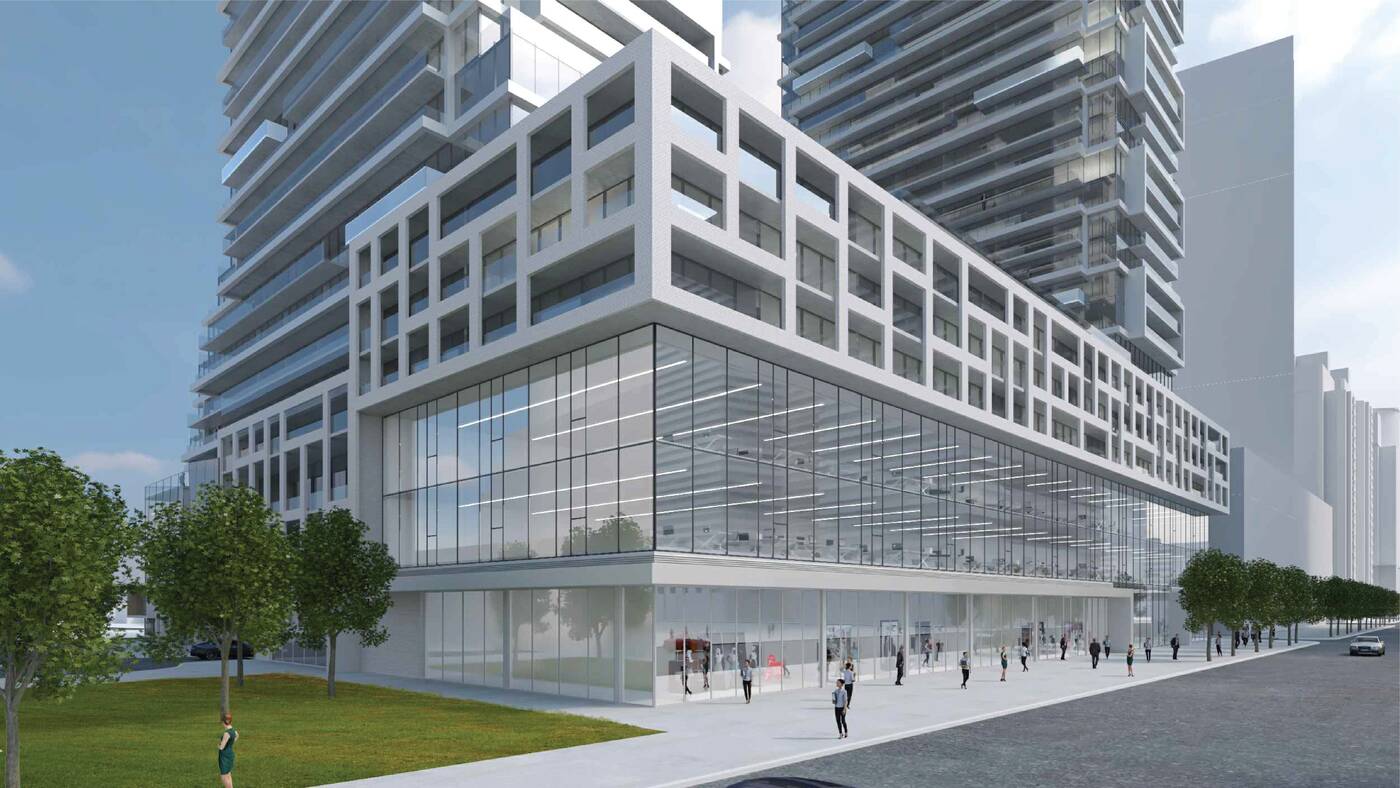 The lower floros of the podium will also include retail and office spaces. Photo via Aoyuan.

Demolition of the plaza, which included a Food Basics and Bowlerama plus an 11-storey office tower onsite, started in 2018.

Four massive cranes have been installed onsite over the last few months as construction begins on the undergound levels of Phase 1's two towers. 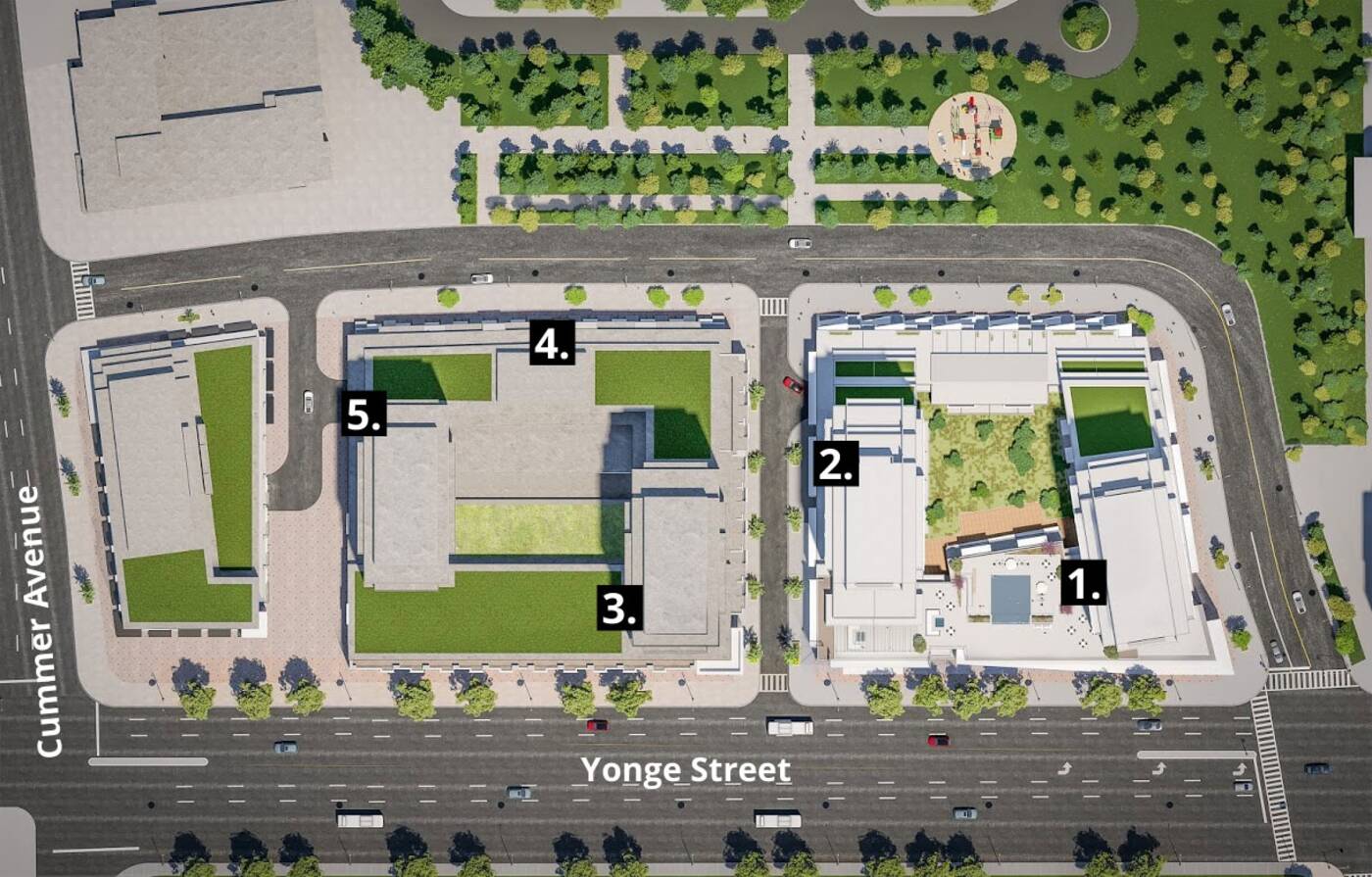 The entirety of the M2M project spans 8.6 acres on the former site of Newtonbrook Plaza. Photo via Aoyuan.

Now the Hong Kong-based mega-developer Aoyuan Property Group is looking to the second phase, with renderings from Wallman Architects of the glassy pair of north towers.