Newtonbrook Plaza looks bustling on a weekday evening, despite the fact that nearly all the shopping centre's stores have closed.

Today, almost every unit in this red-roofed plaza, which has existed on Yonge between Finch and Steeles for over half a century, sits abandoned. 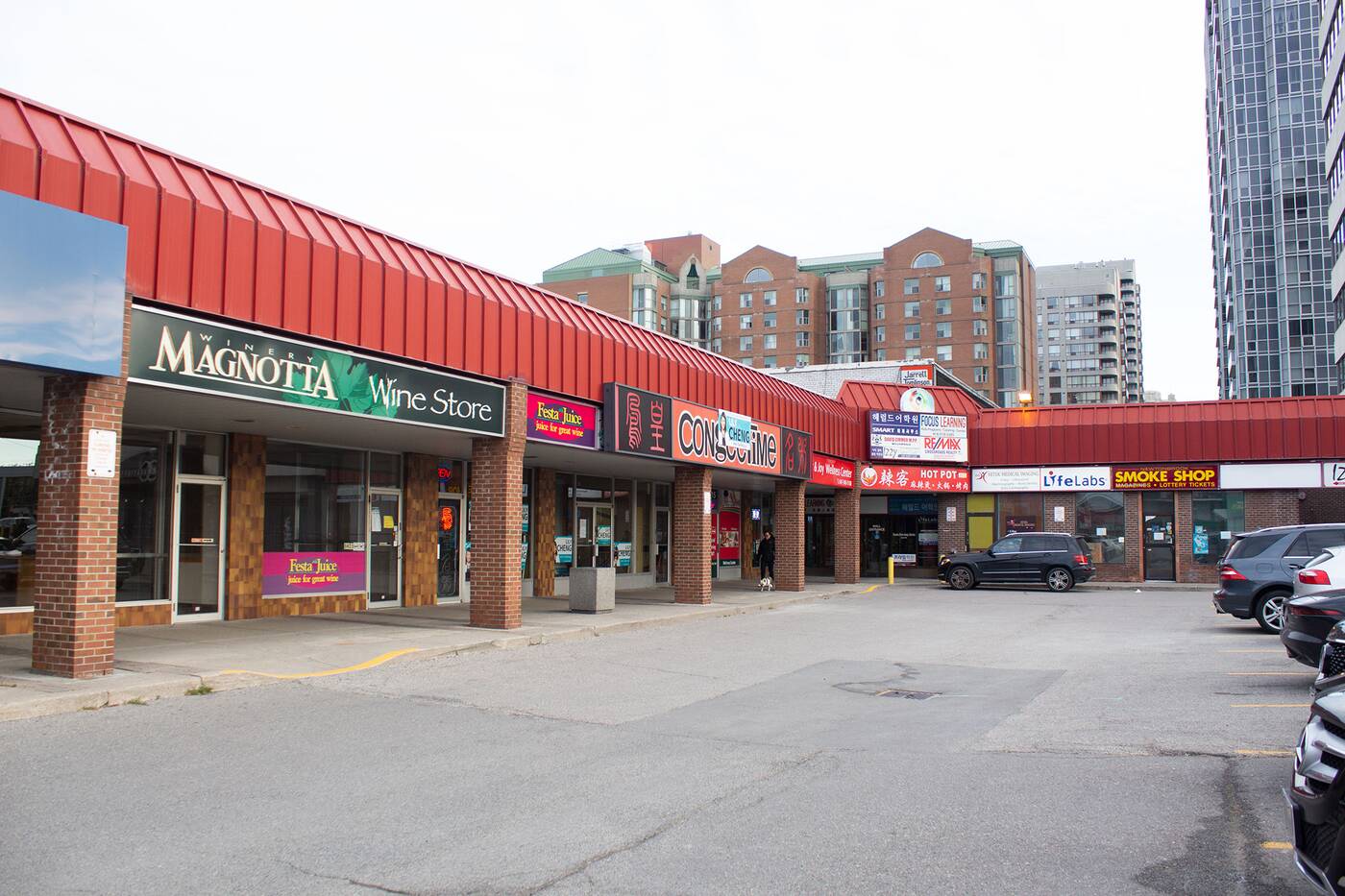 Newtonbrook Plaza has been around for over 50 years. 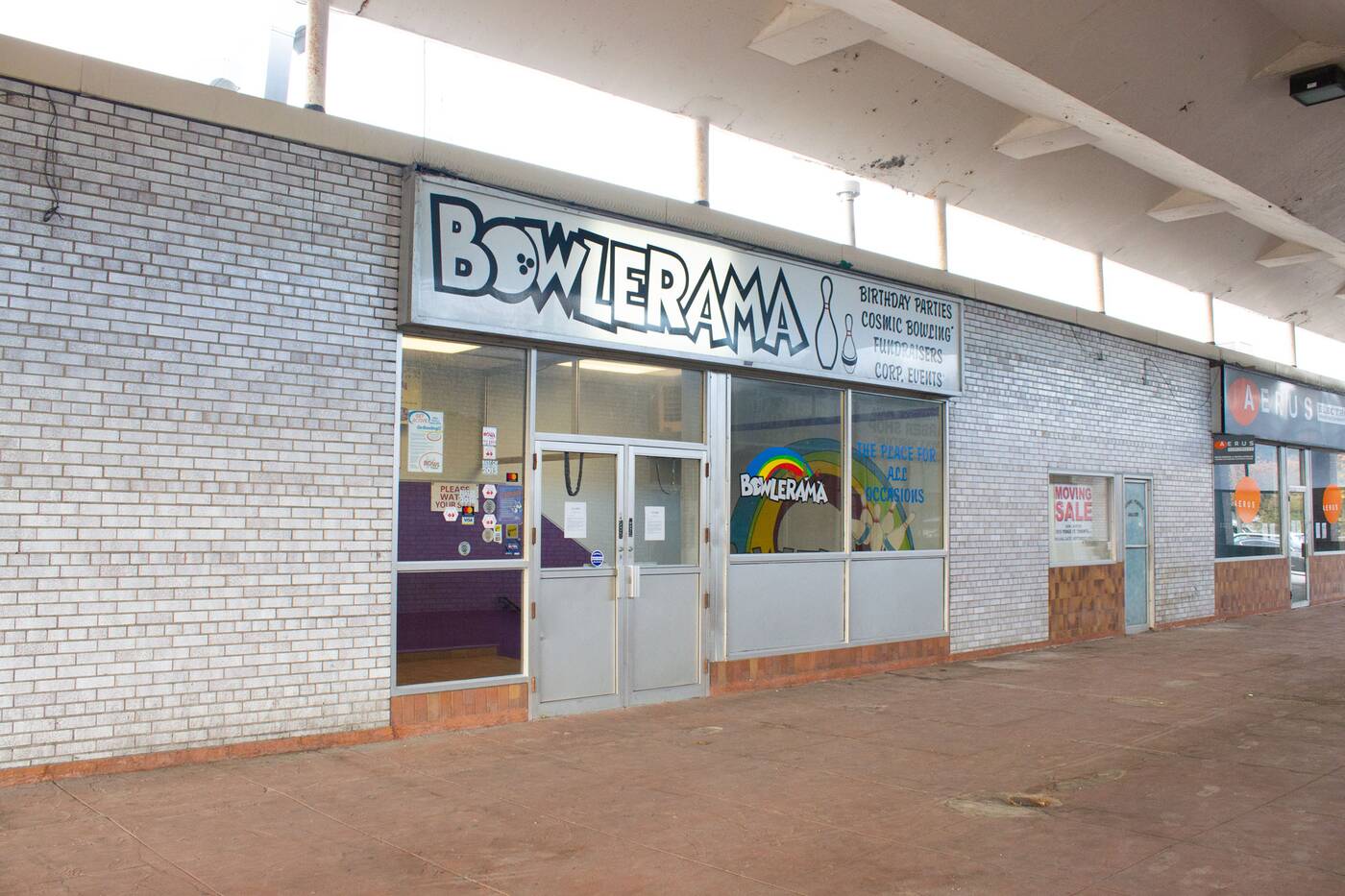 The Bowlerama was once a popular spot for weekend cosmic bowling.

Same goes for the subterraneous alleys of the local Bowlerama, where families and young locals have sought weekend entertainment (in an area sorely lacking in things to do) for almost 60 years. 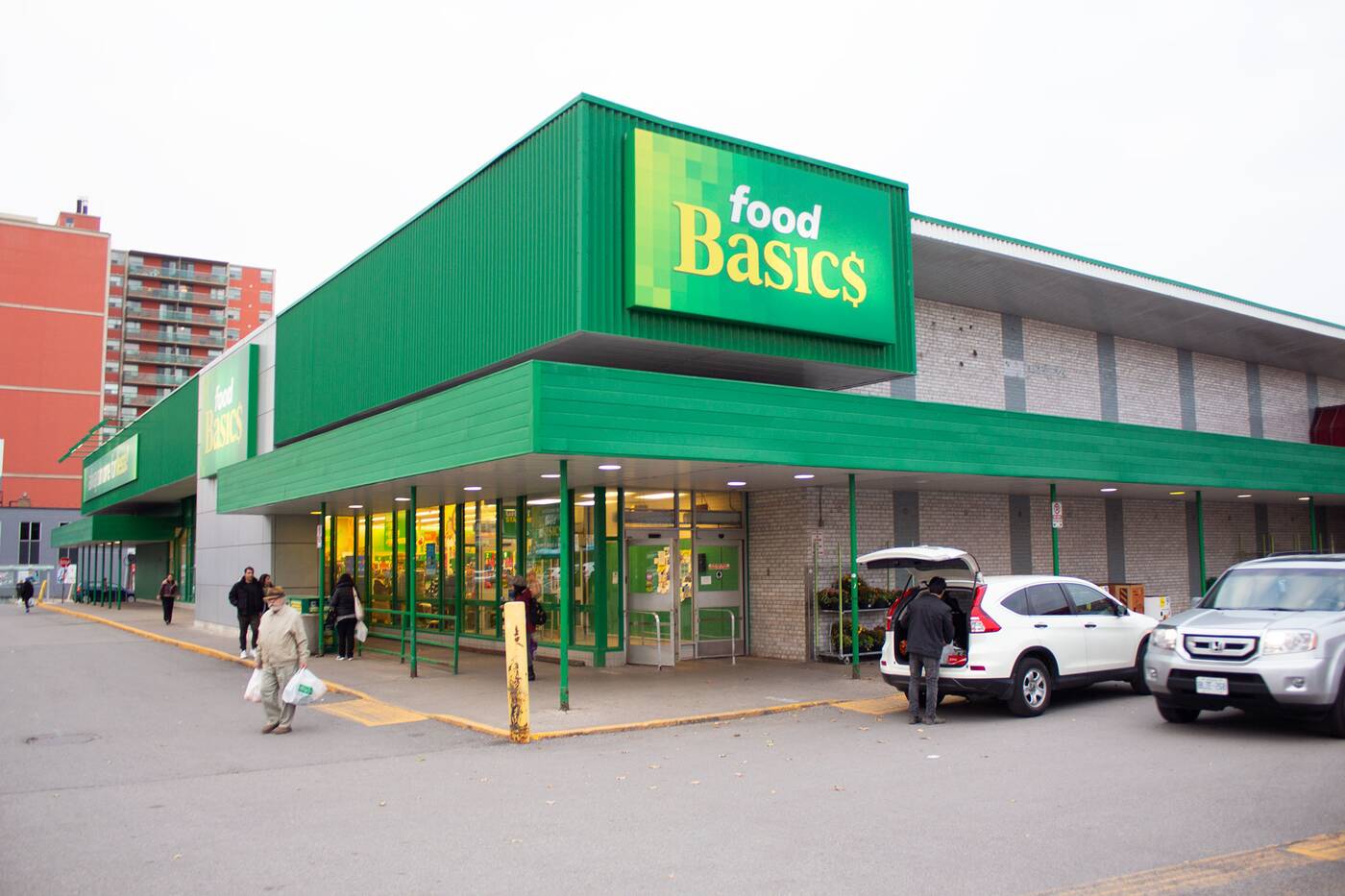 Food Basics drives the majority of the foot and vehicle traffic here.

But at the north end of Newtonbrook Plaza, the parking lot is still teeming with people as they enter and exit Food Basics with groceries in hand.

For as long as the plaza has been around, the 5915 Yonge St. location of the Metro-owned supermarket chain has supplied the residents of nearby apartments on Yonge, Drewry, and Cummer. 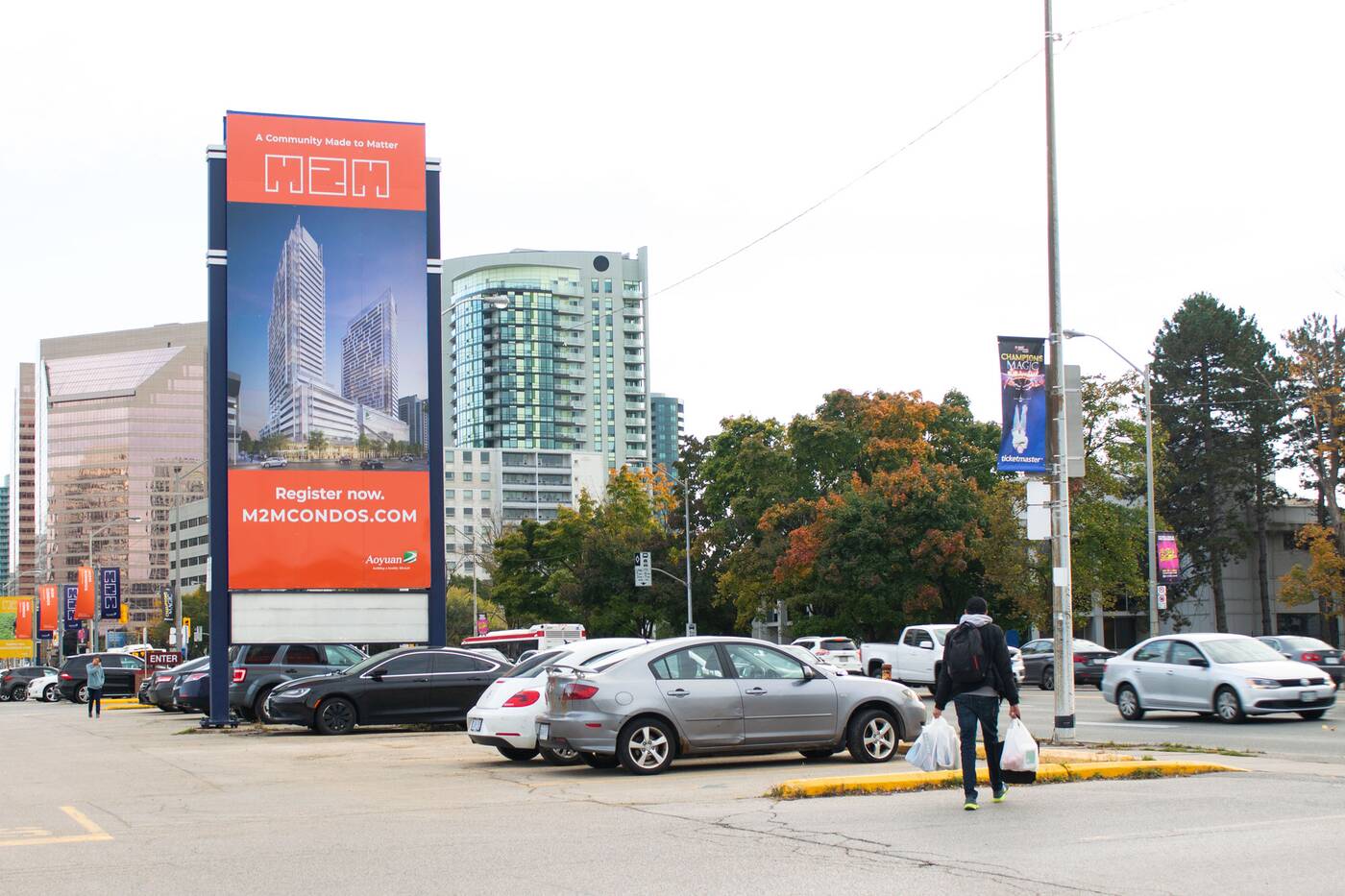 Many residents from neighbouring apartment buildings walk to and from Food Basics.

But soon Food Basics will be torn down, along with the rest of the aging plaza.

They'll be making way for M2M Condos: the 1.7 million-square-foot multi-use project that will see five condos spring up in the next decade. 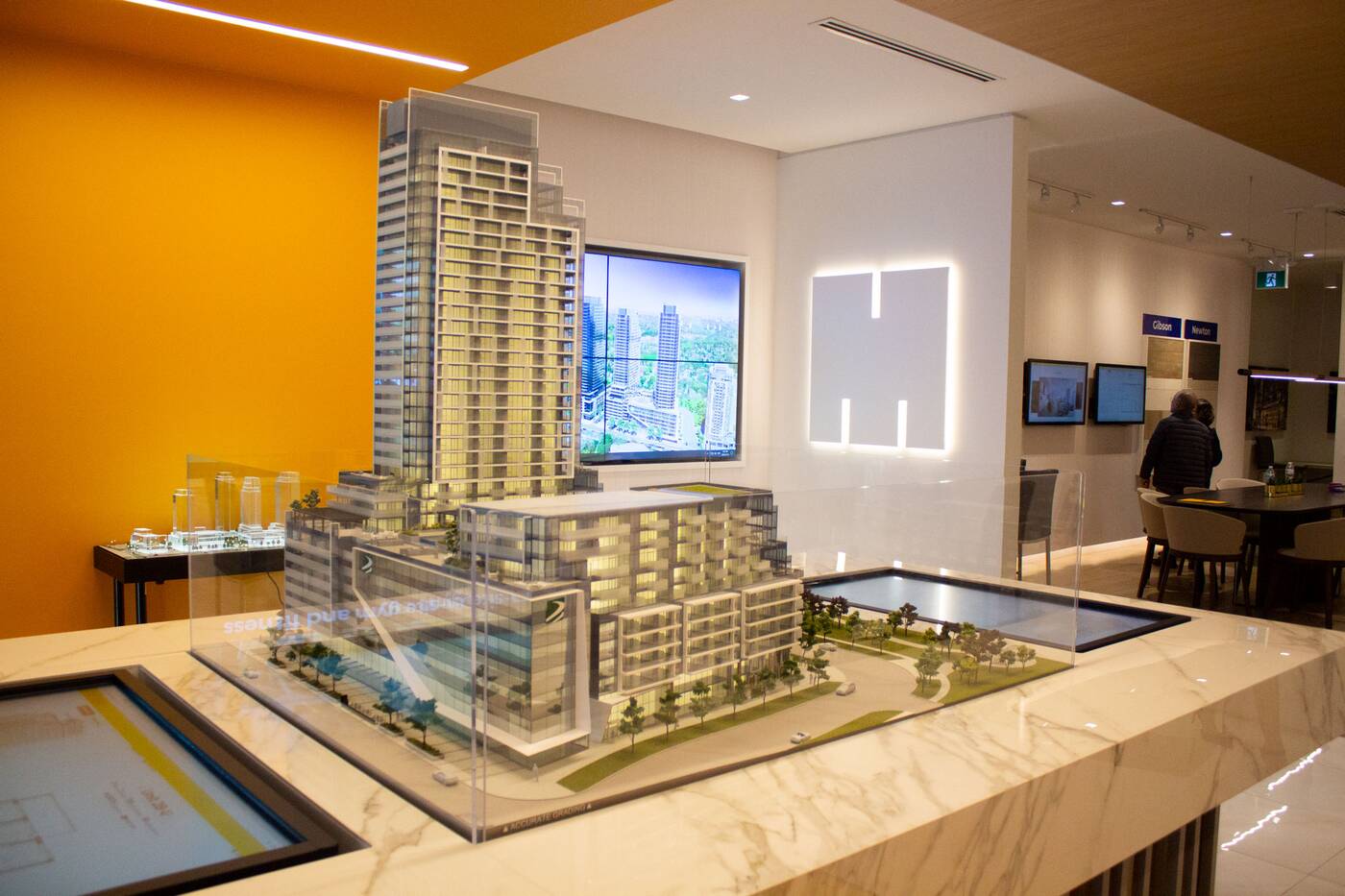 Bought for $201 million by Hong Kong-based mega-developer Aoyuan Property Group last year, the 8.6-acre site where Newtonbrook Plaza, Food Basics, and an 11-storey office building on the south end of the property now occupy will see demolition as early as Feb. 2019. 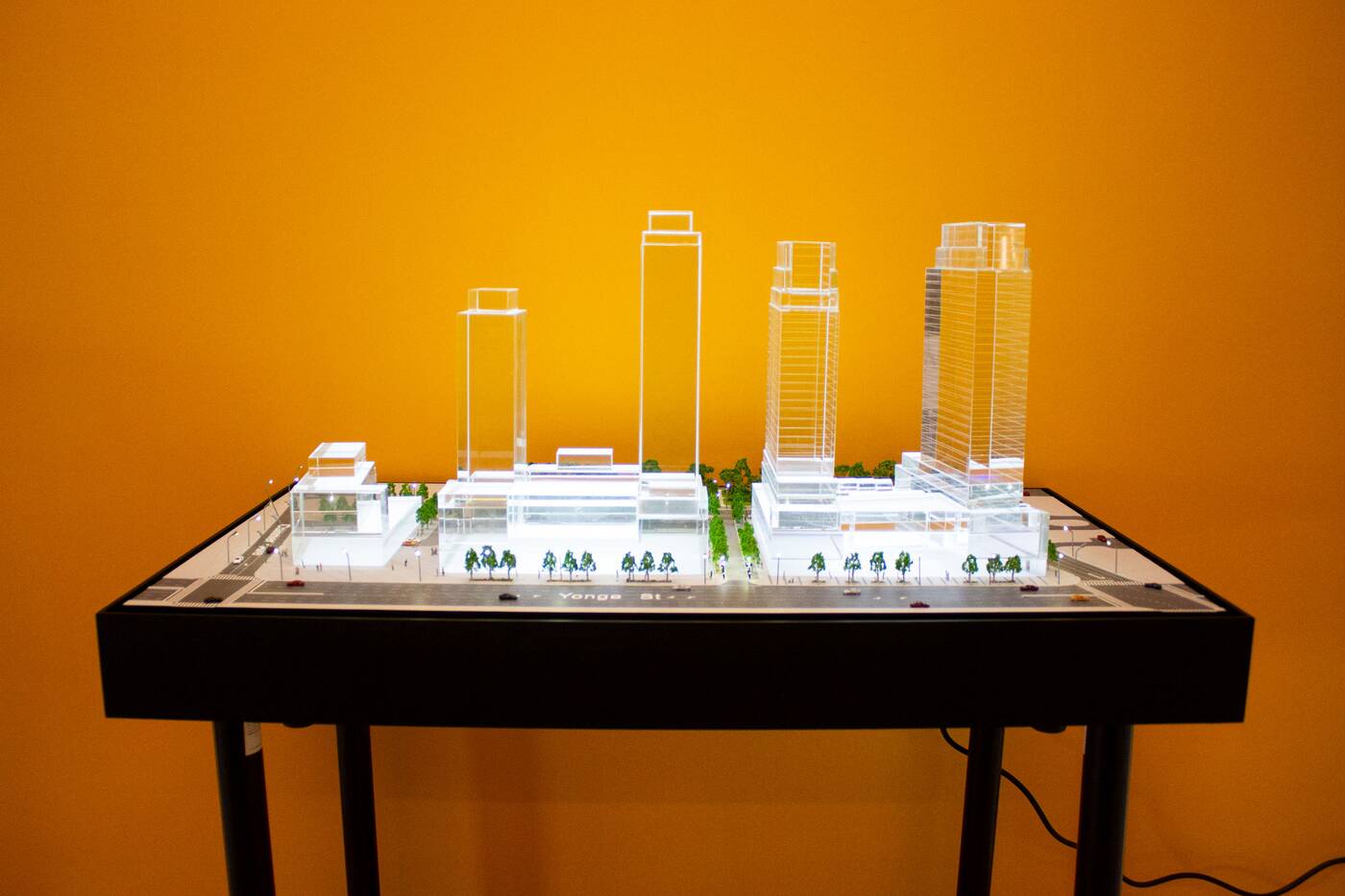 There will be five new condos springing up along Yonge. 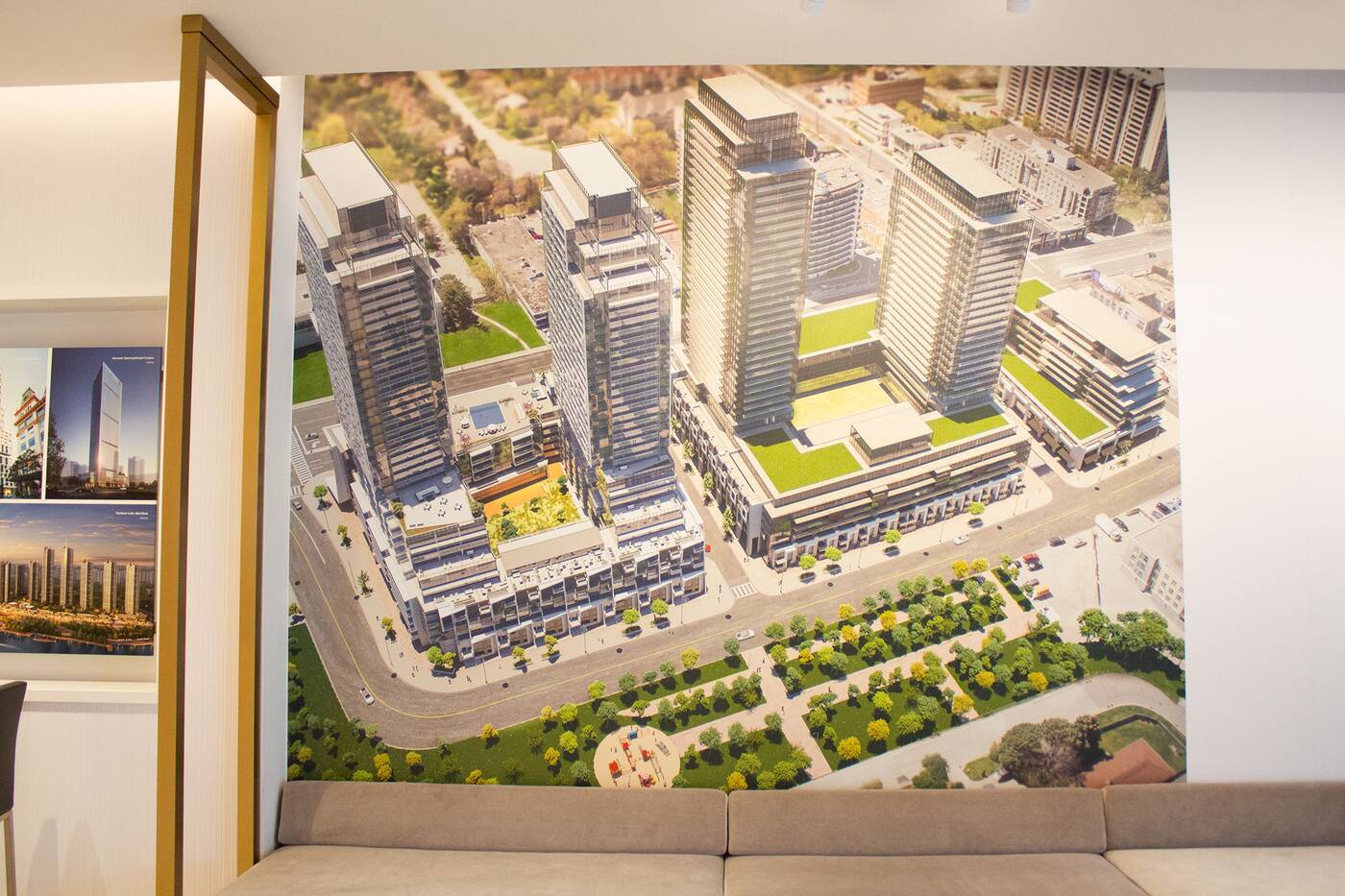 Demolition on existing buildings will start as early as February 2019.

The first existing building to be demolished will be the office building; the last will be Food Basics, though even managers of the grocery don't know when that will be. 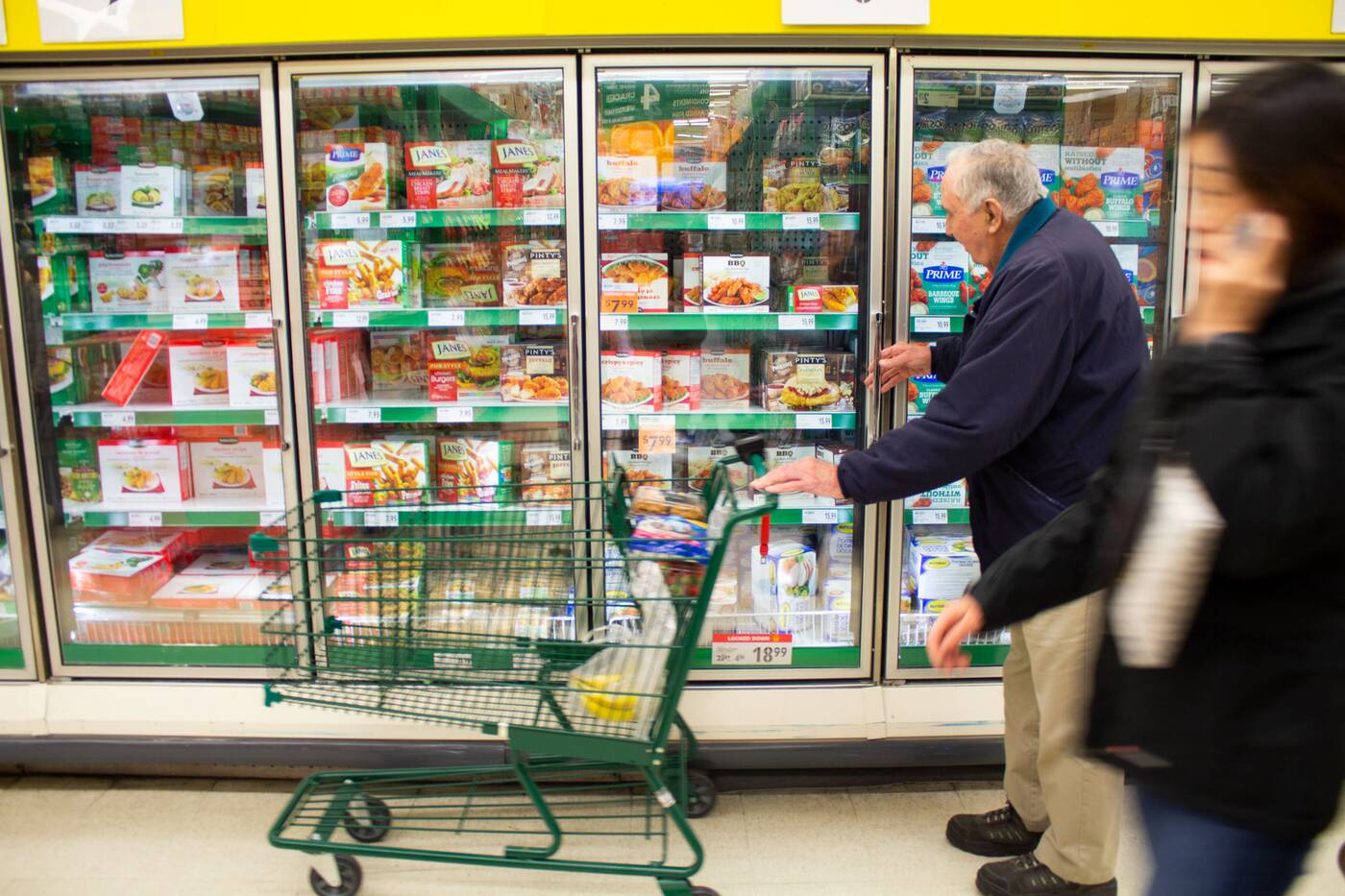 Robert Mitchell has been shopping at Food Basics for 52 years.

In the meantime, locals like 88-year-old Robert Mitchell worry about how M2M (whose slogan is "A community made to matter") will effect the community which already exists. 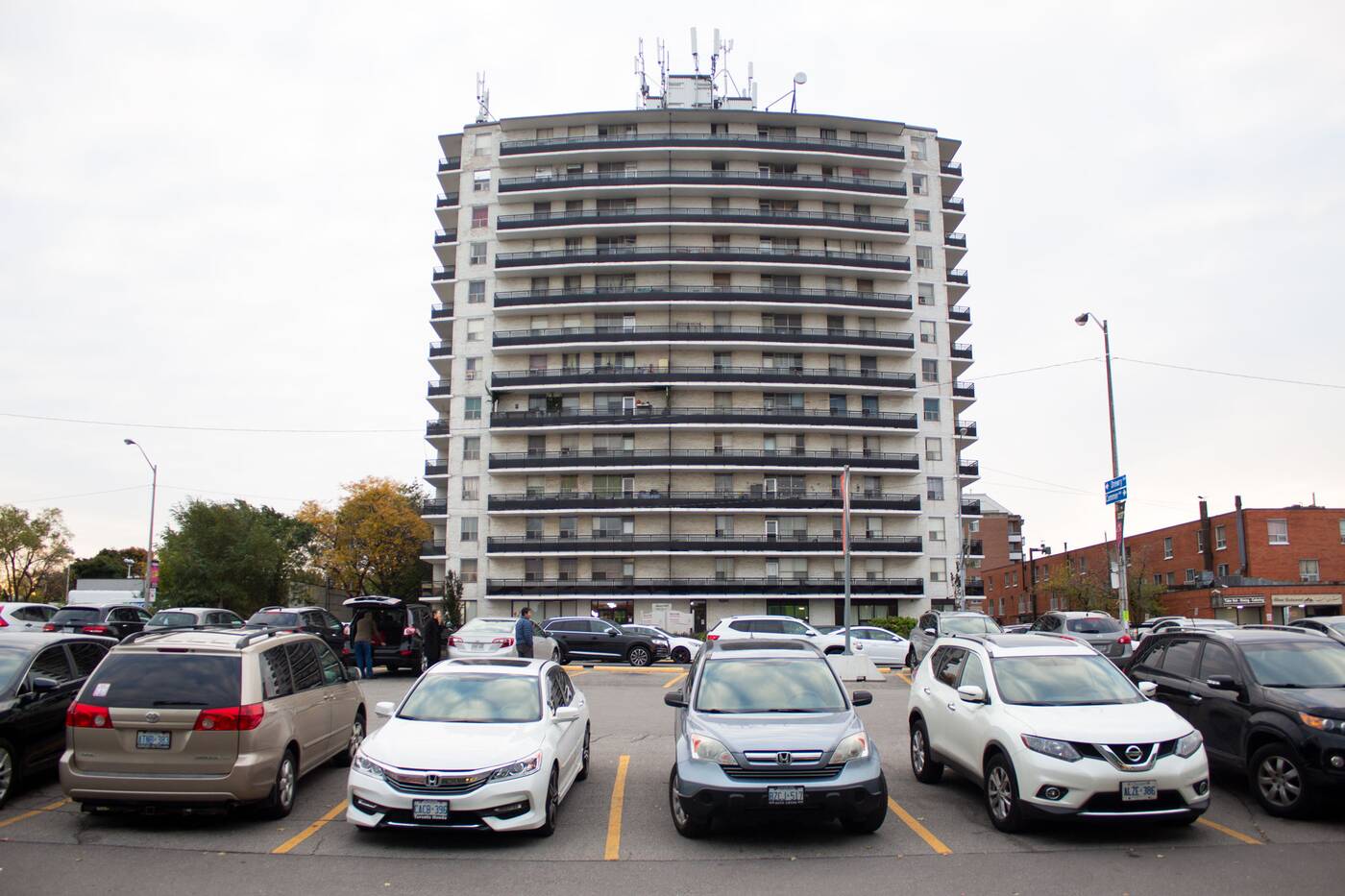 The apartment at 5900 Yonge across the street will soon be facing the massive construction site.

Residents of the apartment at 5900 Yonge St., which rises directly across the street, will no longer be able to make quick grocery trips after work. Instead, they'll have to find ways to commute to and from Centerpoint with their hauls.

"It's really upsetting," says a shopper named Tamara, who has been living at 5900 for three years."Nothing else is really close." 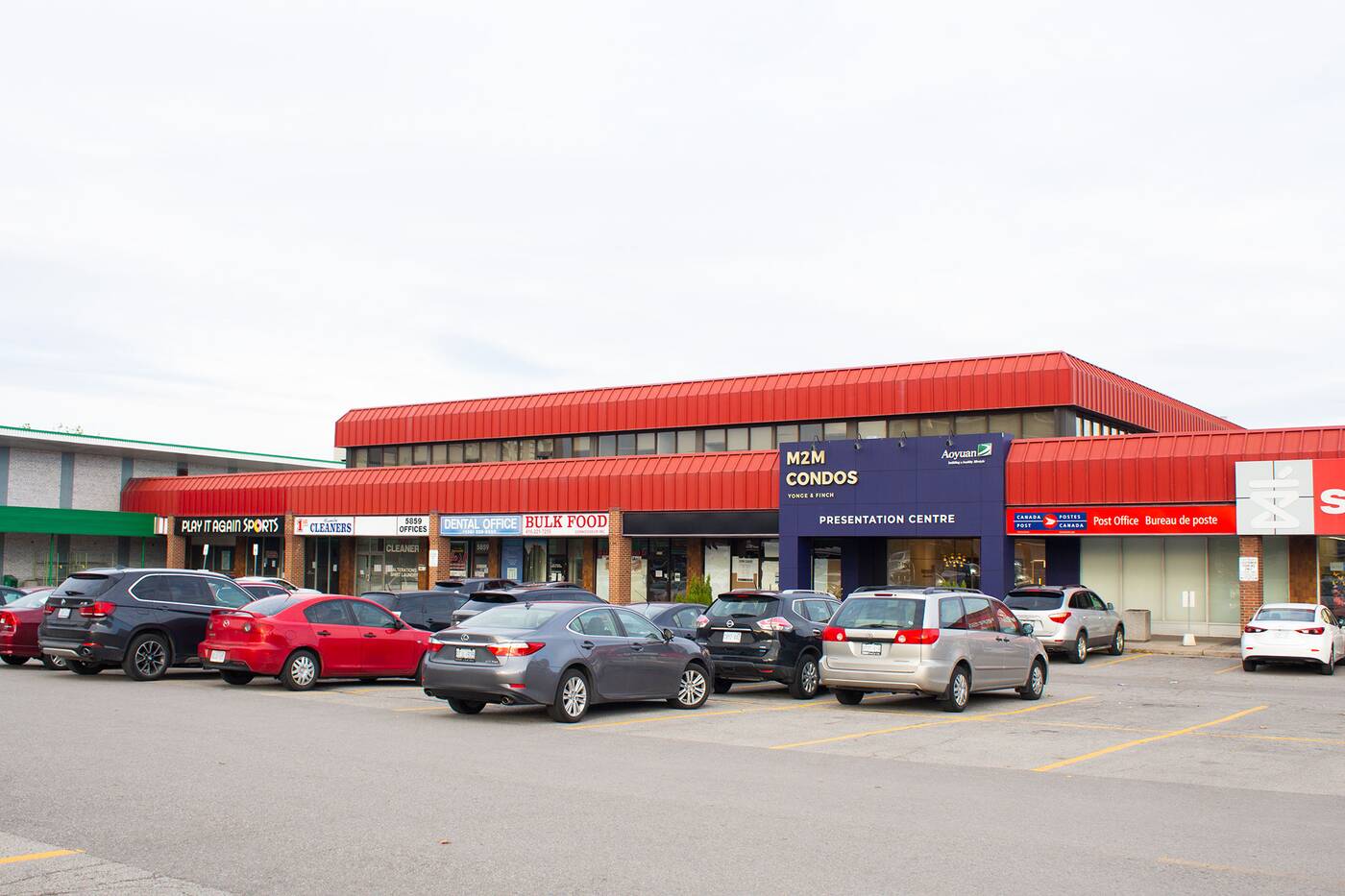 M2M Condos has a presentation centre operating in the mostly desolate Peanut Plaza.

Even as the store continues to operate, locals will have to brave the onslaught of construction and noise pollution on top of losing a few Newtonbrook Plaza staples like a LifeLabs, Shoppers Drug Mart, and Canada Post office.

And though one of M2M's major selling points is its close proximity to Finch station, there's no doubt that the block will see an explosion of traffic as car-owners move in.

But considering the demographic M2M is catering (units run upwards of $400,000 each) the community is more likely to get a Whole Foods than a discount grocery. 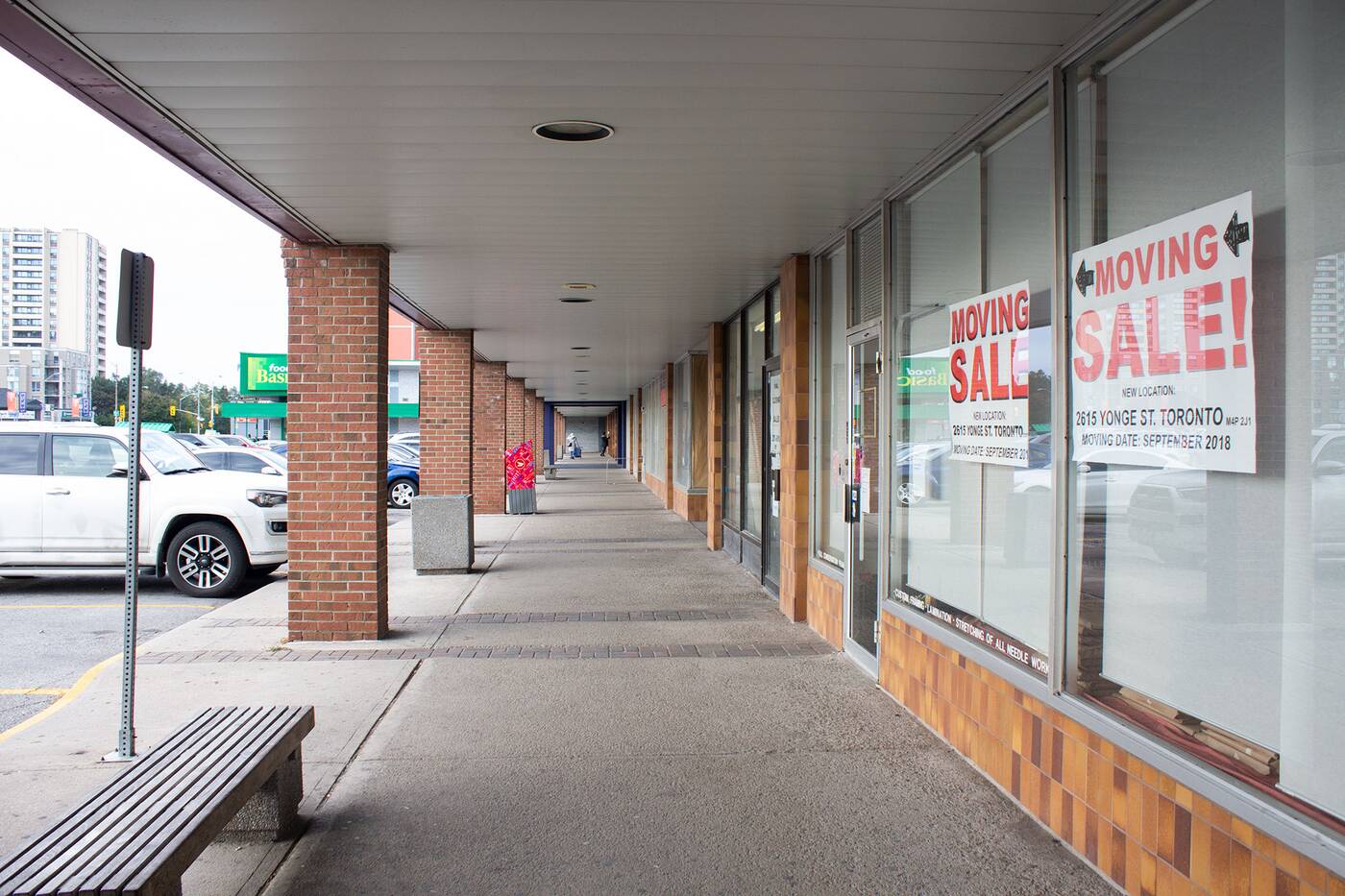