Toronto's newest student building might be its most beautiful yet

Some brand new renderings of a new addition coming to the waterfront campus of Toronto's George Brown College have just been released, and the forthcoming structure may just end up being the city's most gorgeous student building. 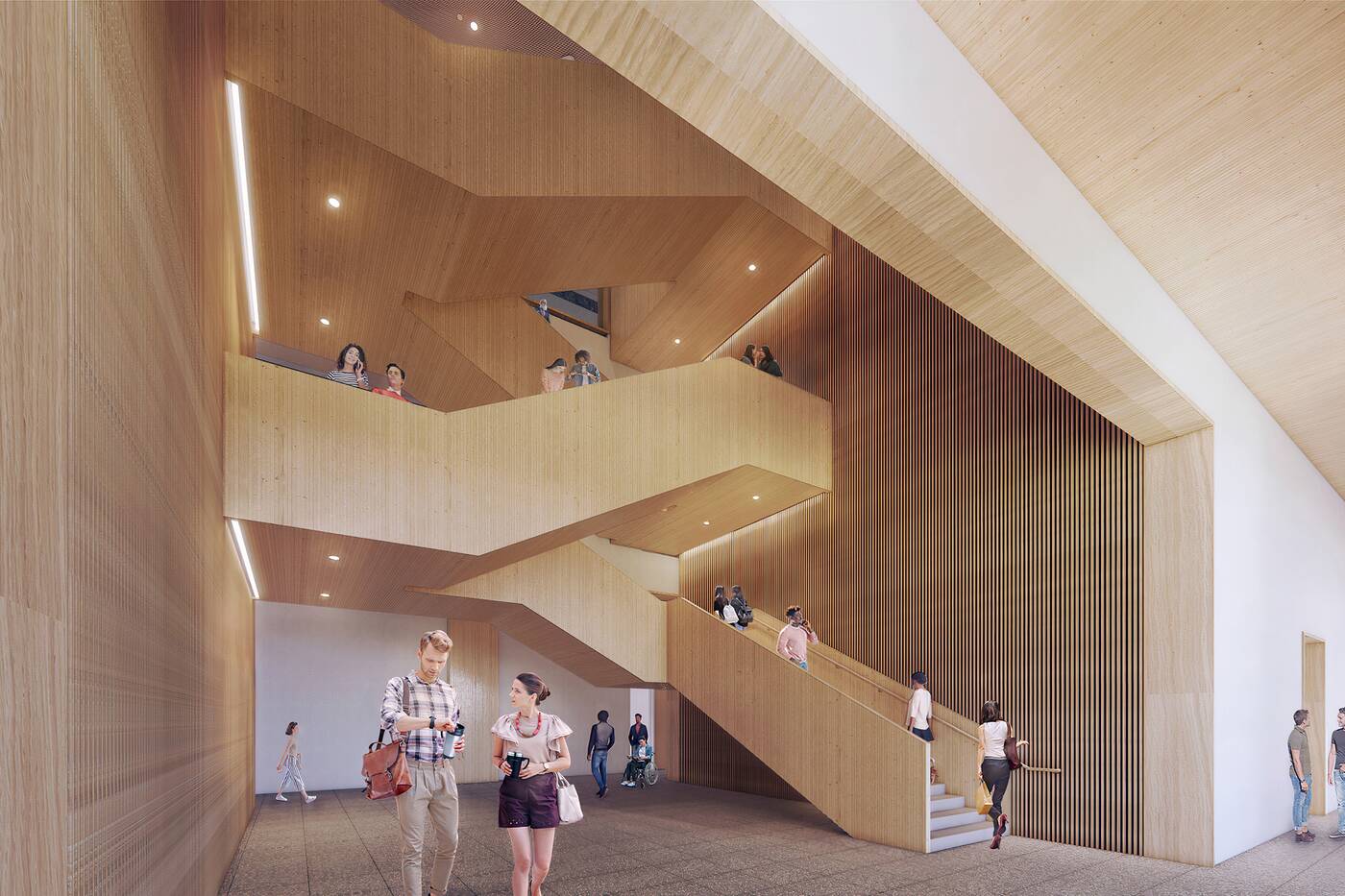 Aptly dubbed "The Arbour," the $130 million educational hub will be constructed from all-Canadian mass-timber, and will hopefully have net-zero carbon emissions thanks to features like solar chimney systems, natural ventilation, and ground source geothermal energy-based heating and cooling.

It is set to be the first sustainable, low-carbon timber institutional building of its kind, and will serve as a community space not just for students, but for the surrounding area.>

It also, quite fittingly, will house the school's Tall Wood Research Institute. 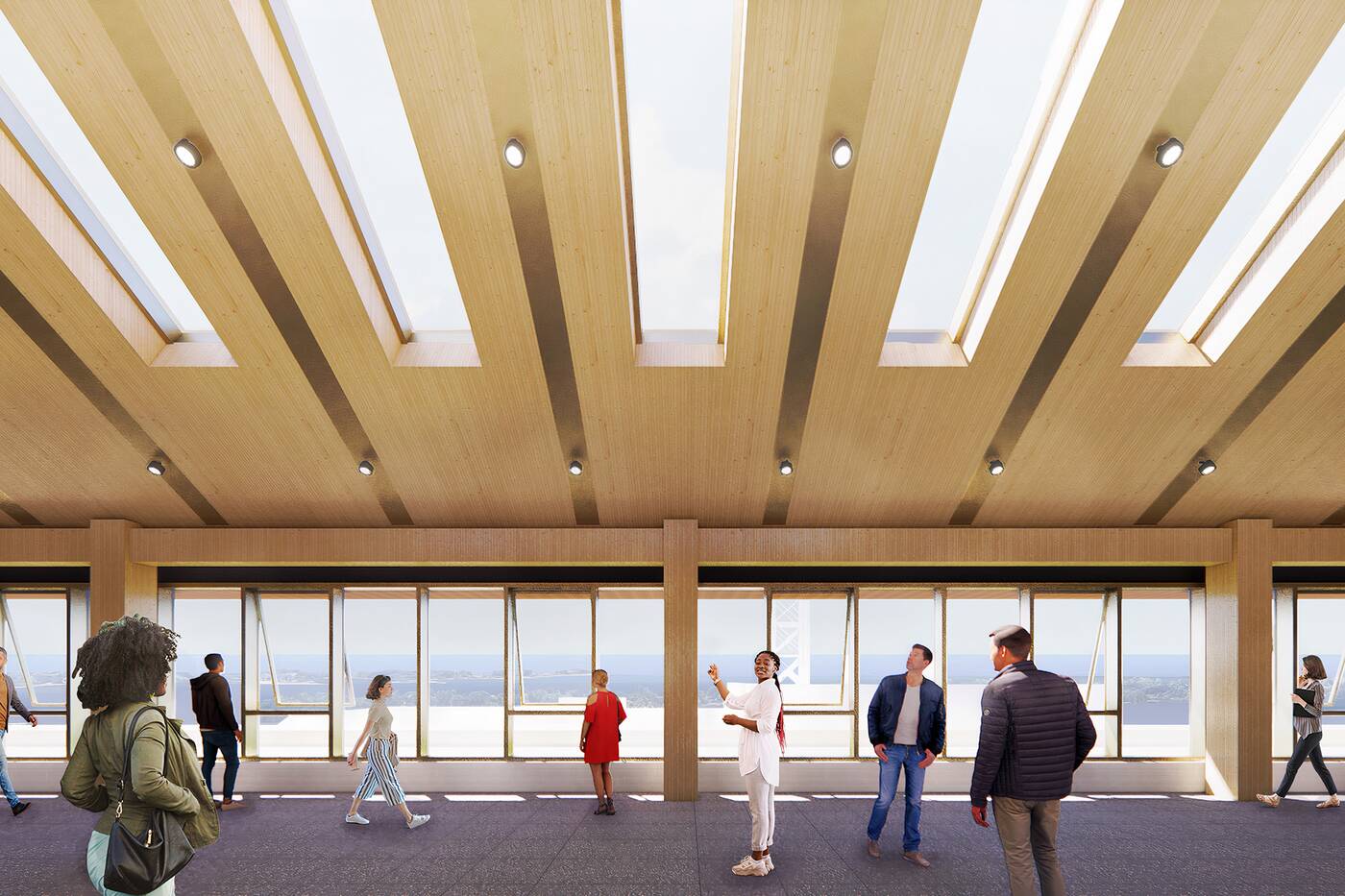 It will incorporate lots of natural light into a central atrium, a third-floor "learning landscape," a childcare centre, an open-air central circulation staircase and other flexible rooms that boast its beautiful, forward-thinking and modern-feeling design from natural materials.

The companies believe that the lakefront building will surely "transform" the Toronto skyline — and given that the striking and innovative design has already won numerous awards, including two from Azure Magazine last year, they're probably right. 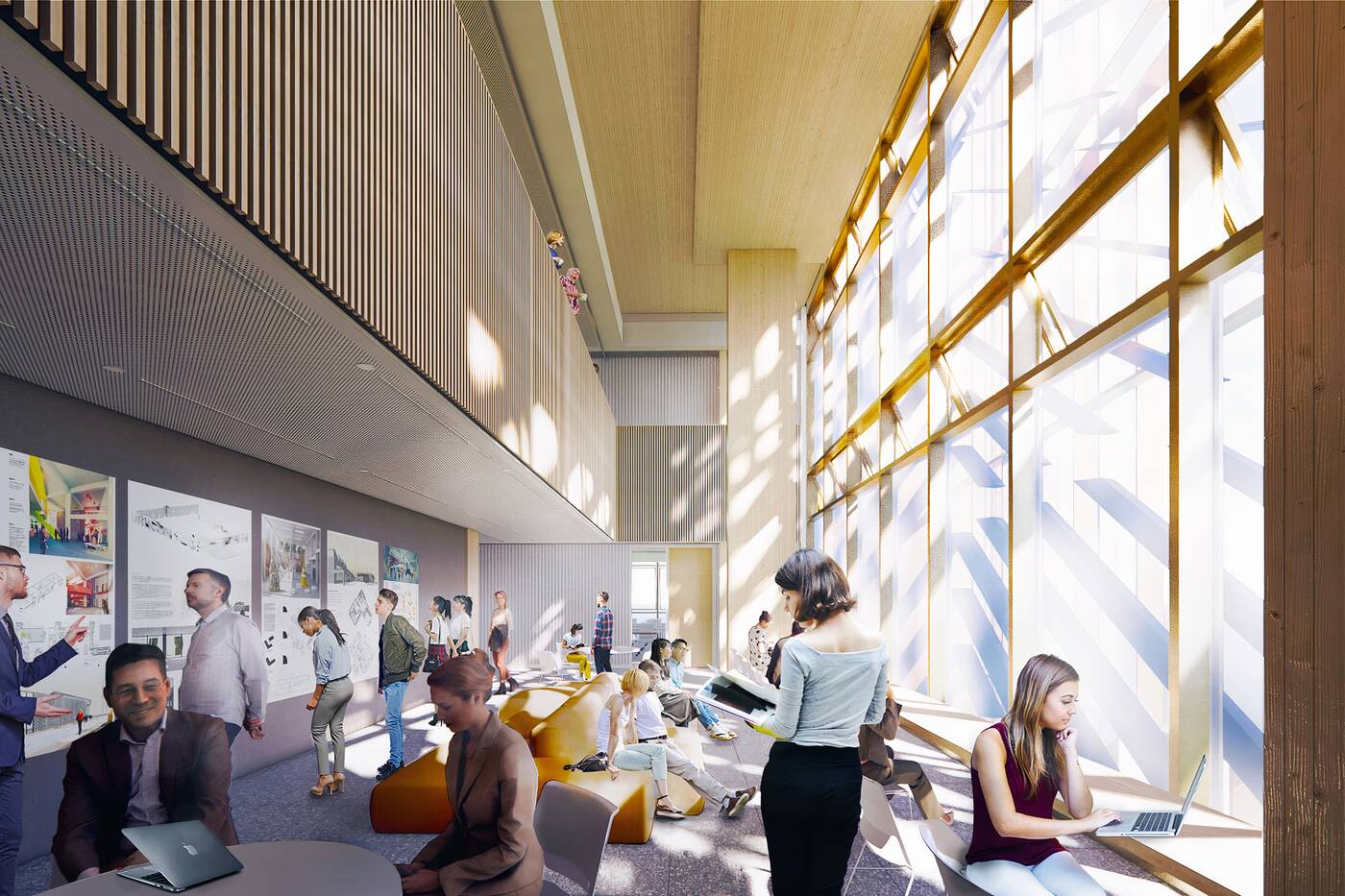 "We hope that this building will serve as an example on how we can incorporate sustainability into all aspects of our lives, including where we learn, work and play," George Brown said in a statement about the forthcoming project.

Students and area locals can be sure to keep an eye on the building's progress at Queen's Quay and Sherbourne when construction starts next year.