The bustling intersection of Yonge and Gerrard is getting yet another massive new condo.

A 74-storey tower is being proposed for 372 Yonge Street, right across from the Aura tower, which is currently the tallest residential building in Canada at 79 storeys.

But amidst other massive buildings in the works nearby, what sets this new condo apart is its promise of a new venue: Club Bluenote, named after the rhythm and blues club that once existed on the property in the 1960s — an incubator for what was known as the Toronto Sound. 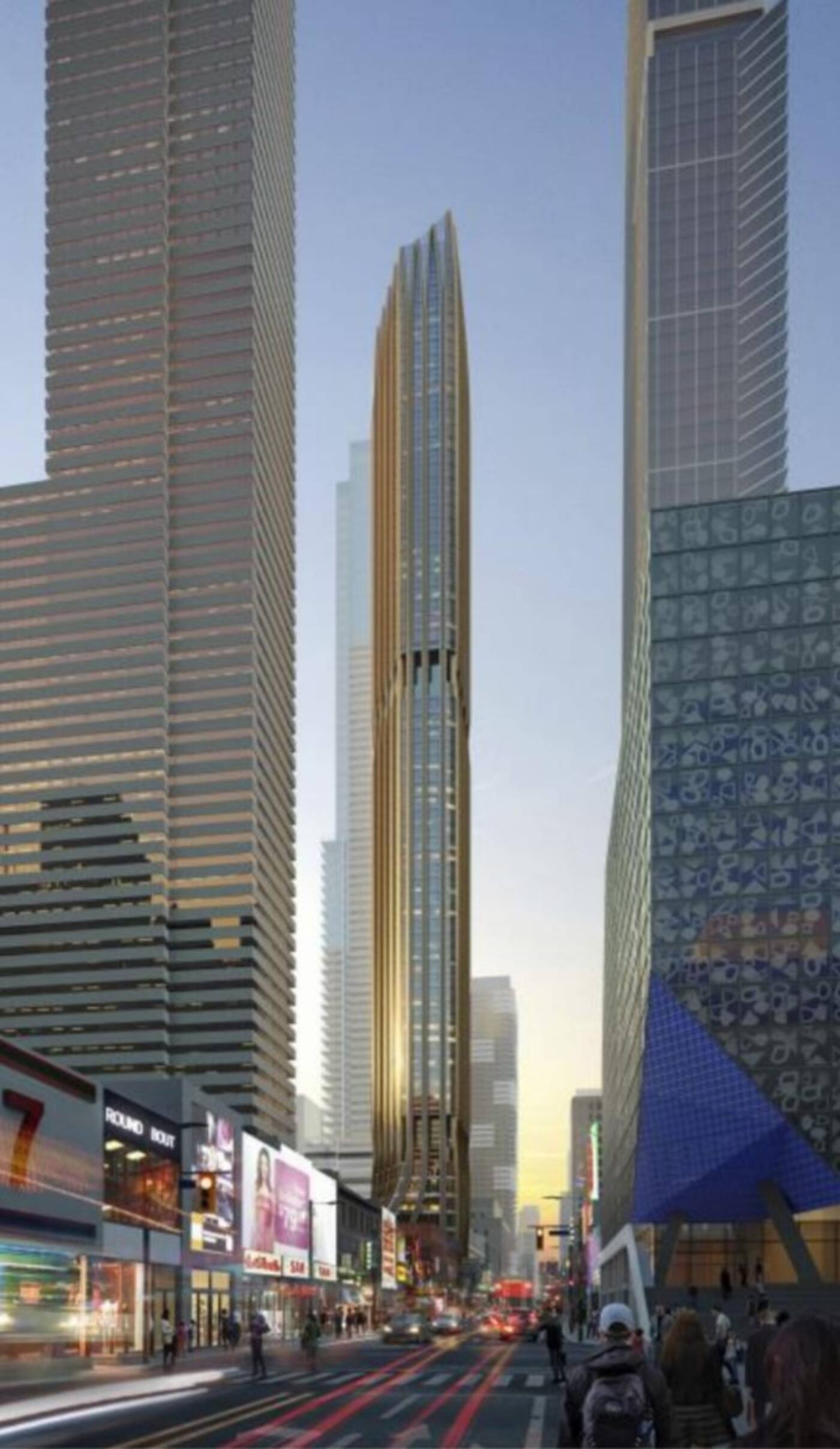 The 74-storey condo designed by DIALOG will sit right at the corner of Yonge and Gerard. Photo via DIALOG.

Designed by Canadian firm DIALOG, the curvy mixed-use condo is slated to take over the entire northwestern corner of Yonge between Gerrard and Walton Streets.

That includes the properties along Yonge from 372-374A Yonge Streets (currently a strip of small businesses like the food hall that includes a Thai Express and Chi Chop, formerly Cheers Cut.)

It will also be designed to sit atop the John M. Lyle building, using the former 1929 Dominion Bank Building — currently home to Meta Cannabis — as its podium.

Due to its proximity to both Dundas and College subway stations, the condo won't include any onsite parking spots, though it will offer 430 bike parking spots. 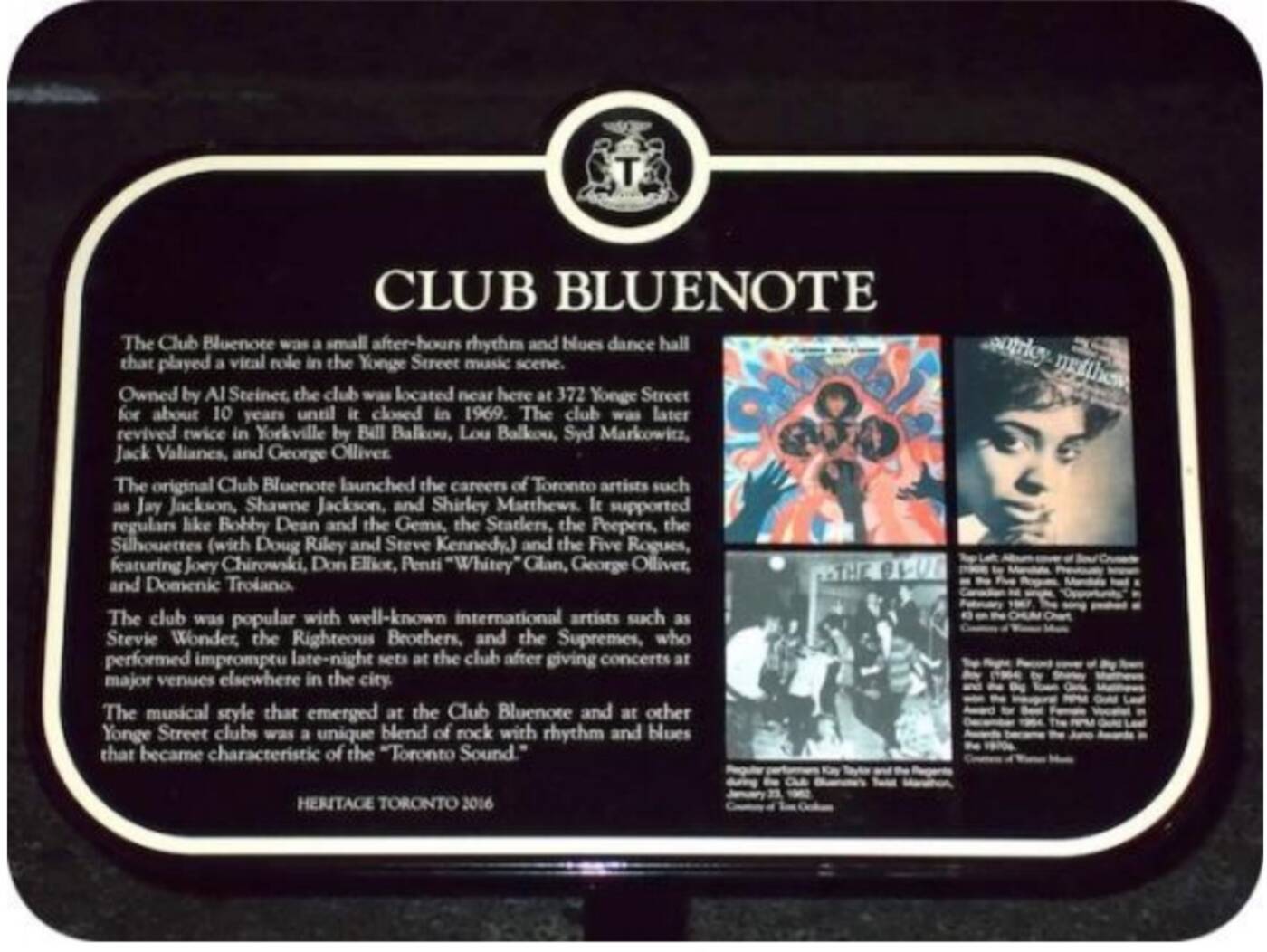 The third floor of the new condo will have a venue dedicated to Club Bluenote, an after-hours club that closed in 1969. A plaque sits at the front of 372 Yonge Street. Photo via DIALOG.

According to the renderings, the third floor will be home to a private museum, gallery, and event space dedicated to Toronto's Club Bluenote.

The small second-floor club was considered a vital venue for the city's music scene when it existed between 1958 and 1969 (at a time when Zanzibar was still a music venue and not just a strip club). It became the spot for late-night sets and the petri dish for a Toronto's rock 'n' roll identity.

It's unclear how that venue will play itself out, though it's promising future to think about at a time when live music venues are struggling to get by.