It's no secret that the COVID-19 pandemic has pushed Toronto's rental market off a cliff — or rather, nudged it downhill toward a more sustainable situation for all.

Relegated to working from home for an indefinite amount of time, young professionals and students have been leaving the downtown core in droves to pursue cheaper, more spacious housing options.

Meanwhile, with few people travelling into or out of Canada, local Airbnb-lords are converting their once-lucrative short term rental properties into proper long-term housing units, flooding the market with supply at a time when demand has slowed to a trickle.

It's a perfect storm of circumstances for renters who, on average, are now paying around 10 per cent less than they were last year at this time to secure a one-bedroom apartment or condo. 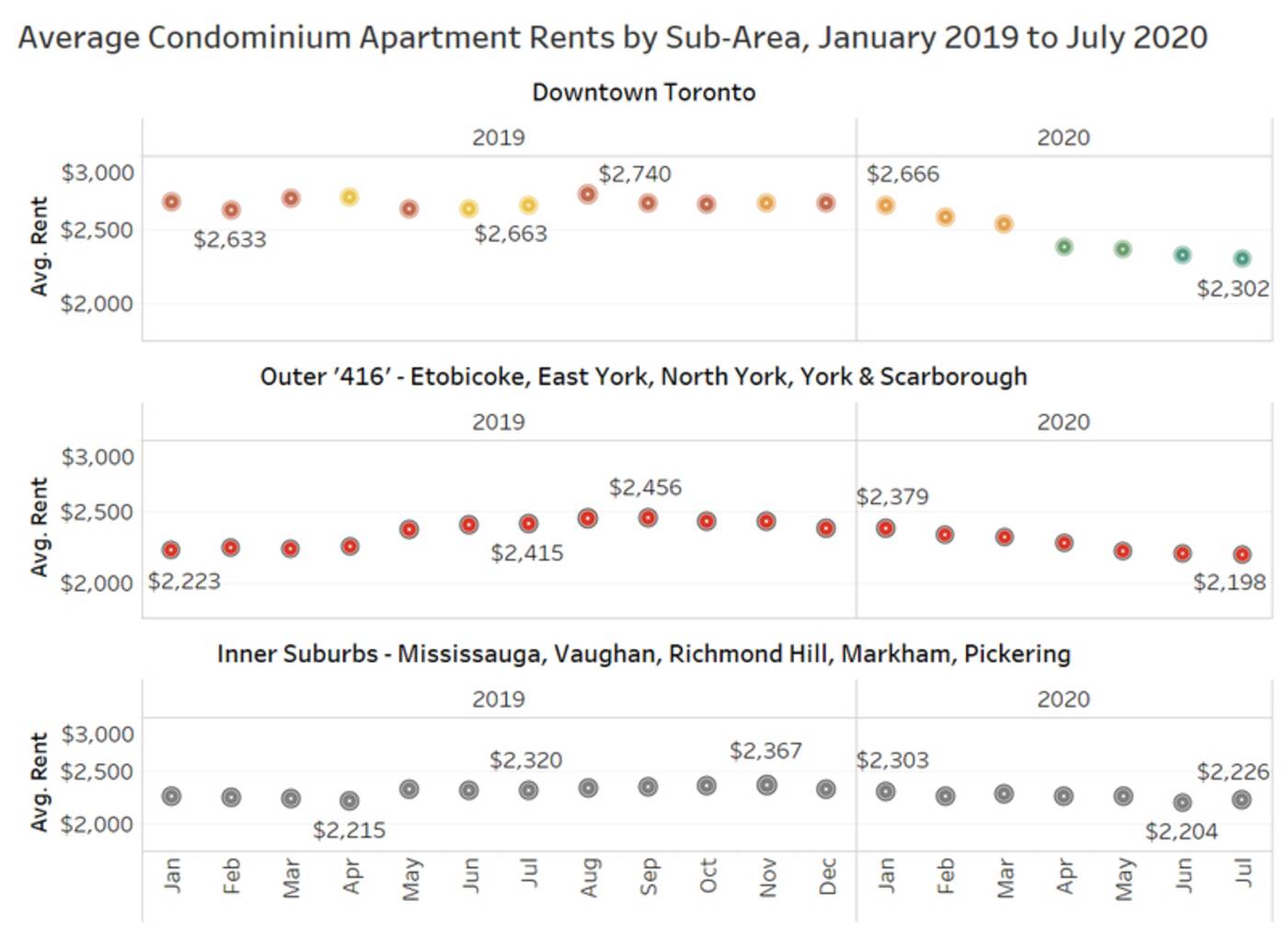 The latest monthly National Rent Report from rentals.ca and Bullpen Research & Consulting shows that rents are still down, year over year, across the country (though up by exactly one dollar between June and July!) and that Torontonians still pay the most monthly rent on average for a one-bedroom home at $2,051.

Rents for a one-bedroom in the city dropped for the fifth straight month in July, however — condos in downtown Toronto are actually down a whopping 16 per cent from the $2,740 per high they reached last August, hitting $2,302 on average last month.

"At least temporarily, downtown Toronto has become less valued by tenants, who can easily move elsewhere when their lease is up, and return in one year's time," reads the report.

"In previous years when rents were skyrocketing, it would be inconceivable to many tenants to leave a rent-controlled suite. But with rents declining downtown and the needs of residents changing, preferences and market demand has shifted."

To illustrate how preferences have changed by neighbourhood within the City of Toronto specifically, rentals.ca and Bullpen broke up the downtown core into nine postal codes and compared rent prices. 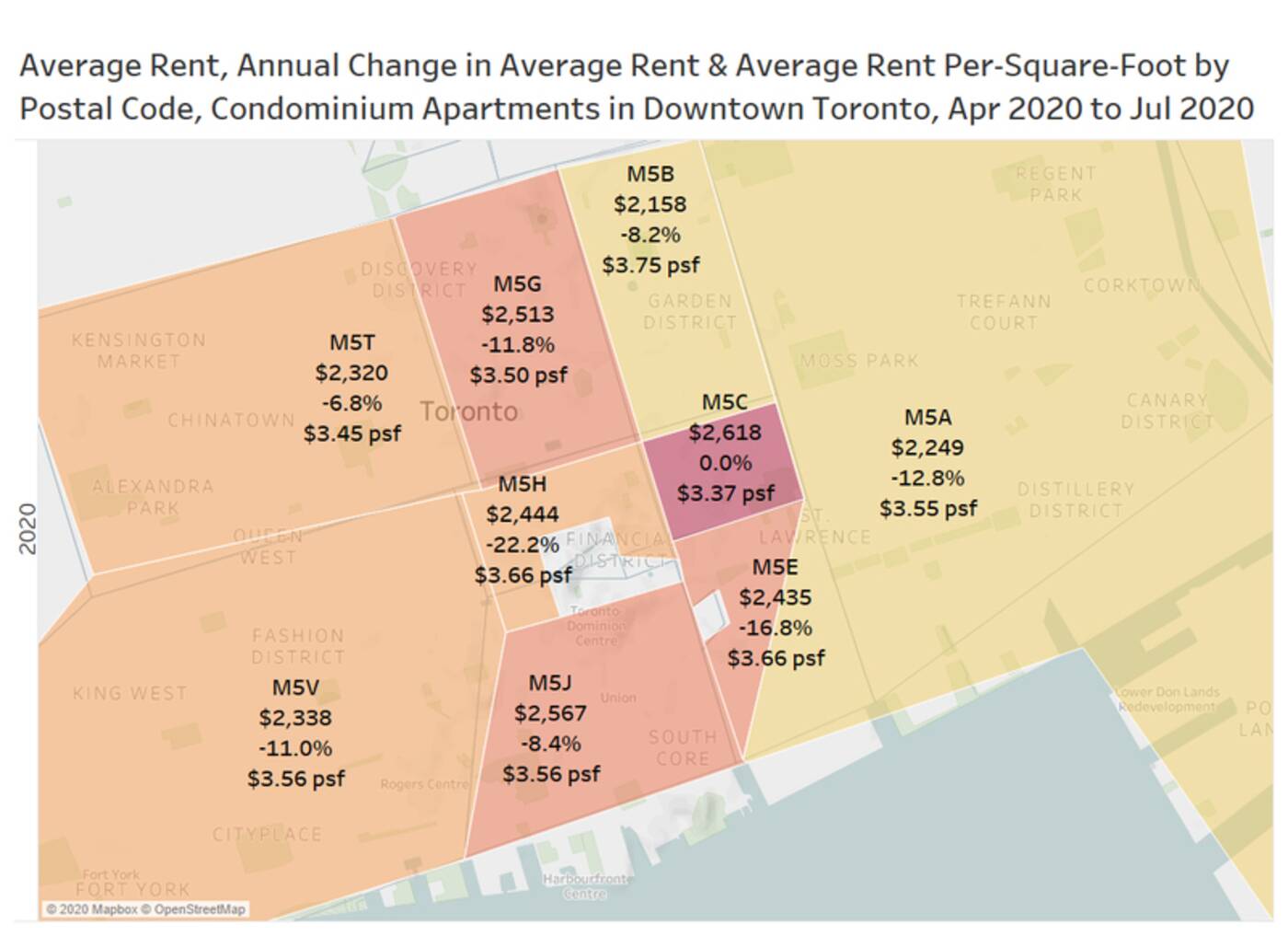 "M5V is one of the most active postal codes for condo rental activity in the country, and includes the Entertainment District, King West and Cityplace. The average asking rent in July for condos based on Rentals.ca listings was $2,338 per month, which is down 11% annually."

Moving beyond the core, condo rents are down on nine per cent, year-over-year, on average across "416" areas of the GTA (Etobicoke, East York, North York, York and Scarborough), and down four per cent on average in what the report deems the "inner suburban markets" of Mississauga, Vaughan, Richmond Hill, Markham and Pickering.

You can see a full breakdown of rent changes across Canada below and read the full report here for more information on how prices have changed by region in Toronto, the GTA and the country at large.