A Toronto residence that was once best known as the site of a gang war-motivated rocket launcher attack just hit the real estate market for a cool $2,189,000 — outlaw biker ghosts included. 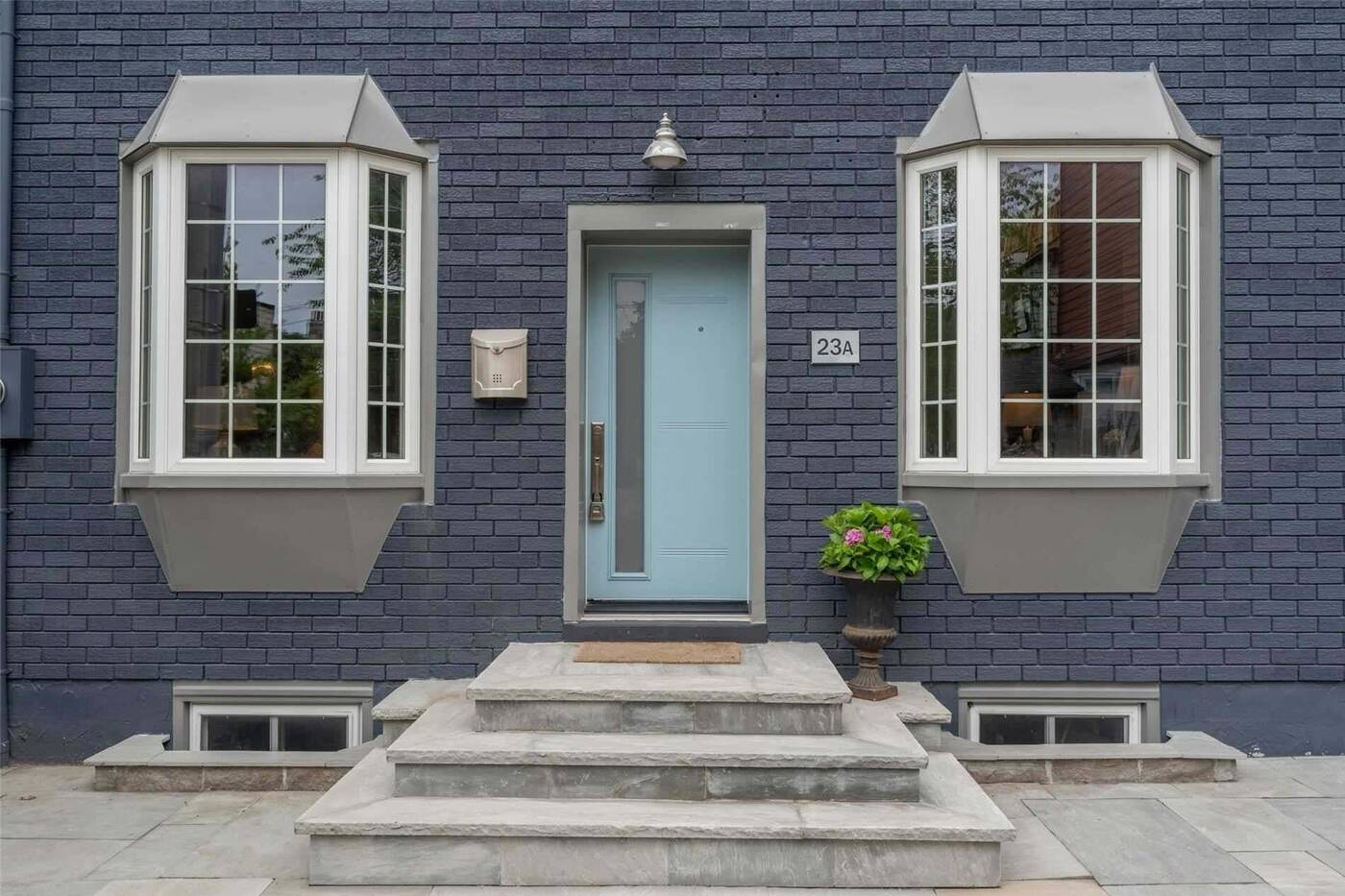 The building has been renovated multiple times since 1995, when it was hit with a bomb targeting members of the Satan's Choice Motorcycle Club — a biker gang which eventually merged with the Hells Angels.

It served as a Hells Angels clubhouse for a number of years following the amalgamation, but is not to be confused with the organization's more recently-occupied (and since razed) cement bunker in Leslieville.

Here's what the place looked like in 1999, courtesy of realtor Scott Ingram: 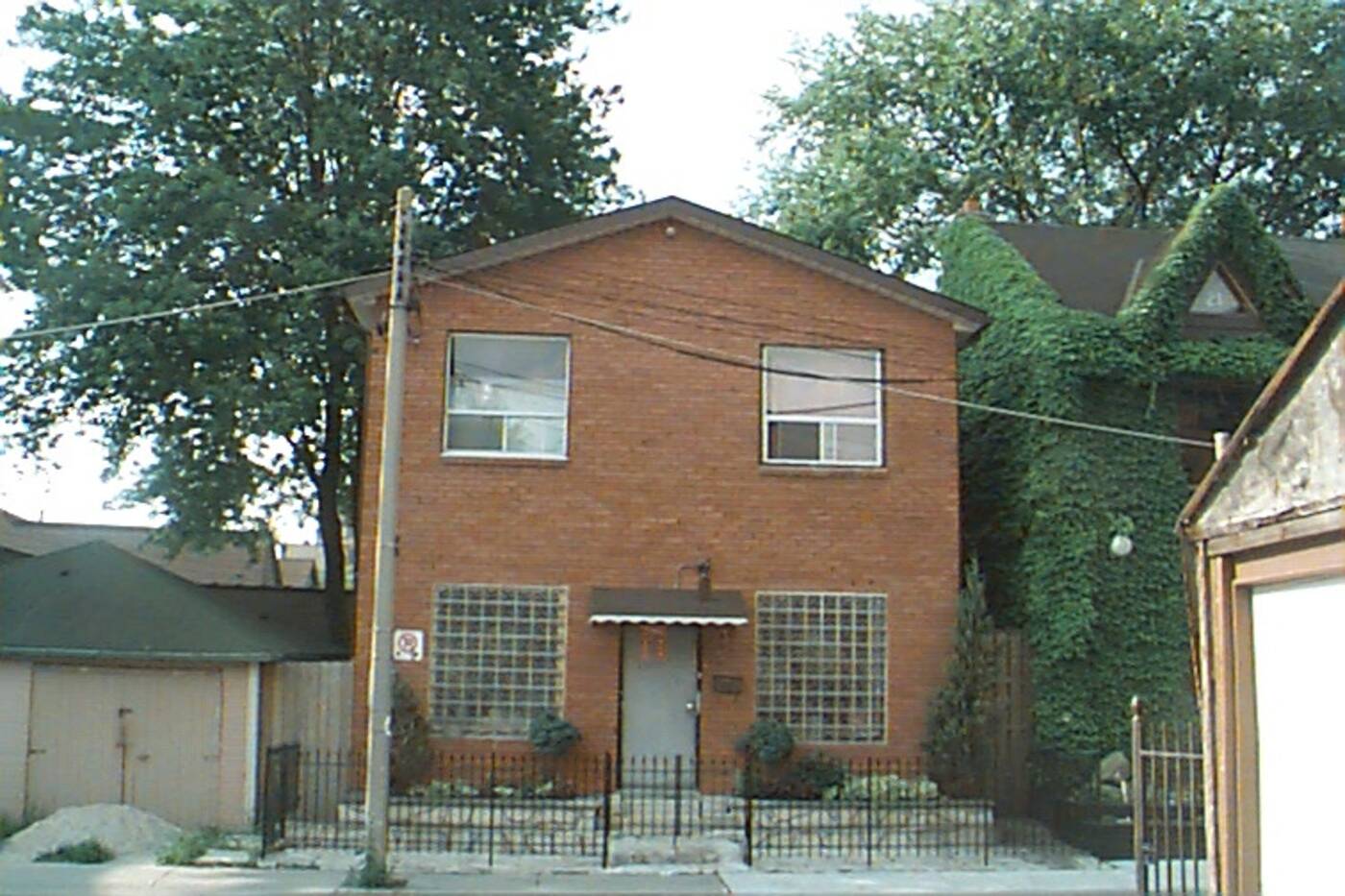 It's not quite clear which year the Hells Angels vacated the home, but its current owner told CTV News that it has "changed hands a number of times" in the past few decades.

The home has seen extensive renovations since its days as hardy brick gang hangout, but realtors are still playing up the Hells Angels connection as a selling point.

I mean, it is a pretty cool flex. 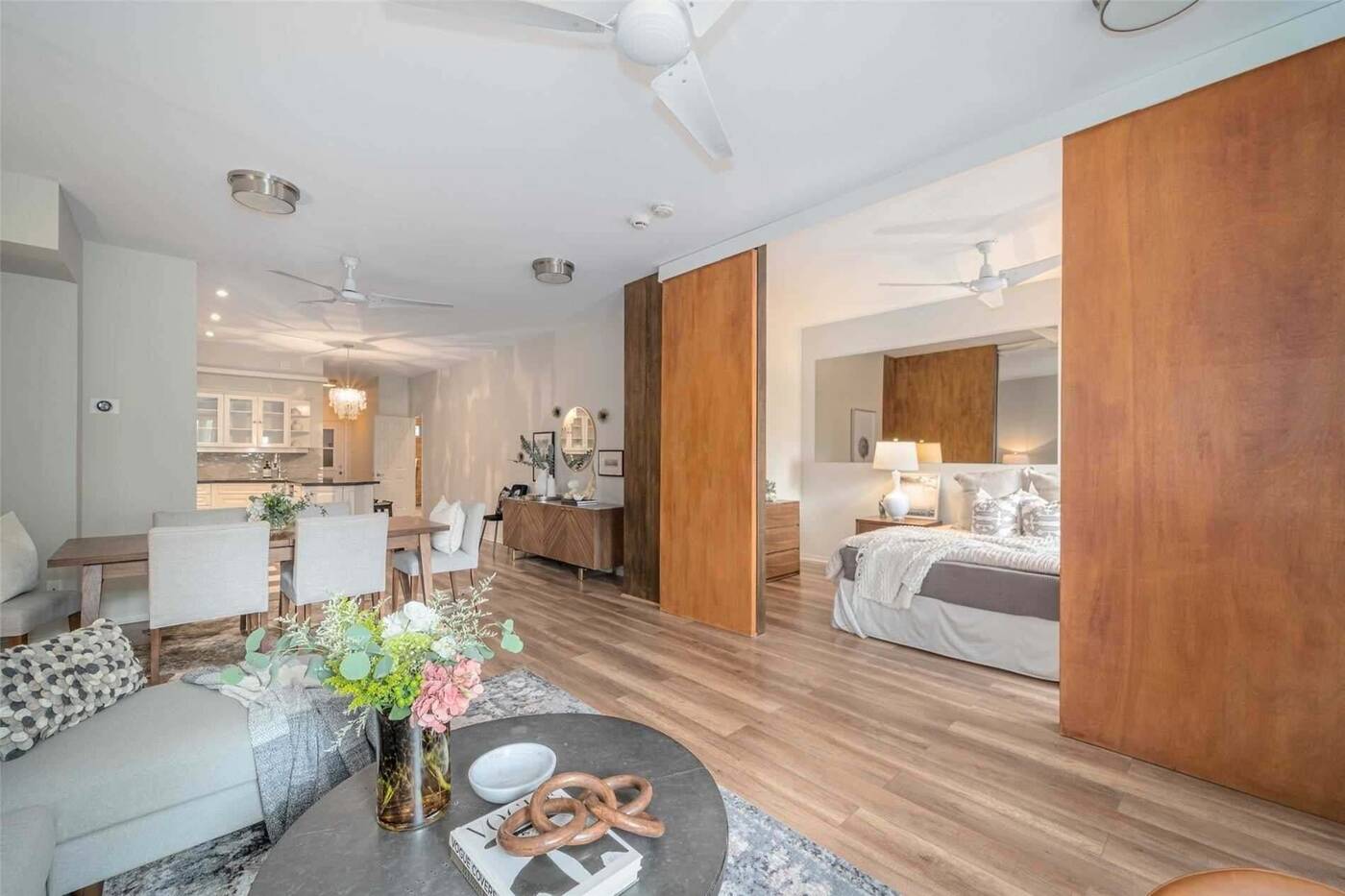 "Own a piece of Riverside history in this one-of-a-kind, detached, impeccably-maintained triplex!" reads a listing for the property.

"Once the main clubhouse for the infamous Hells Angels, this solidly-built property continues to stand the test of time," the listing continues. "While offering 3 large, unique, open-concept units: 2-2 bdrm / 1-1 bdrm w/gated 3 car parking off the lane."

"The upper and lower units are currently tenanted with the main floor vacant. In a location that has it all - what are you waiting for!" 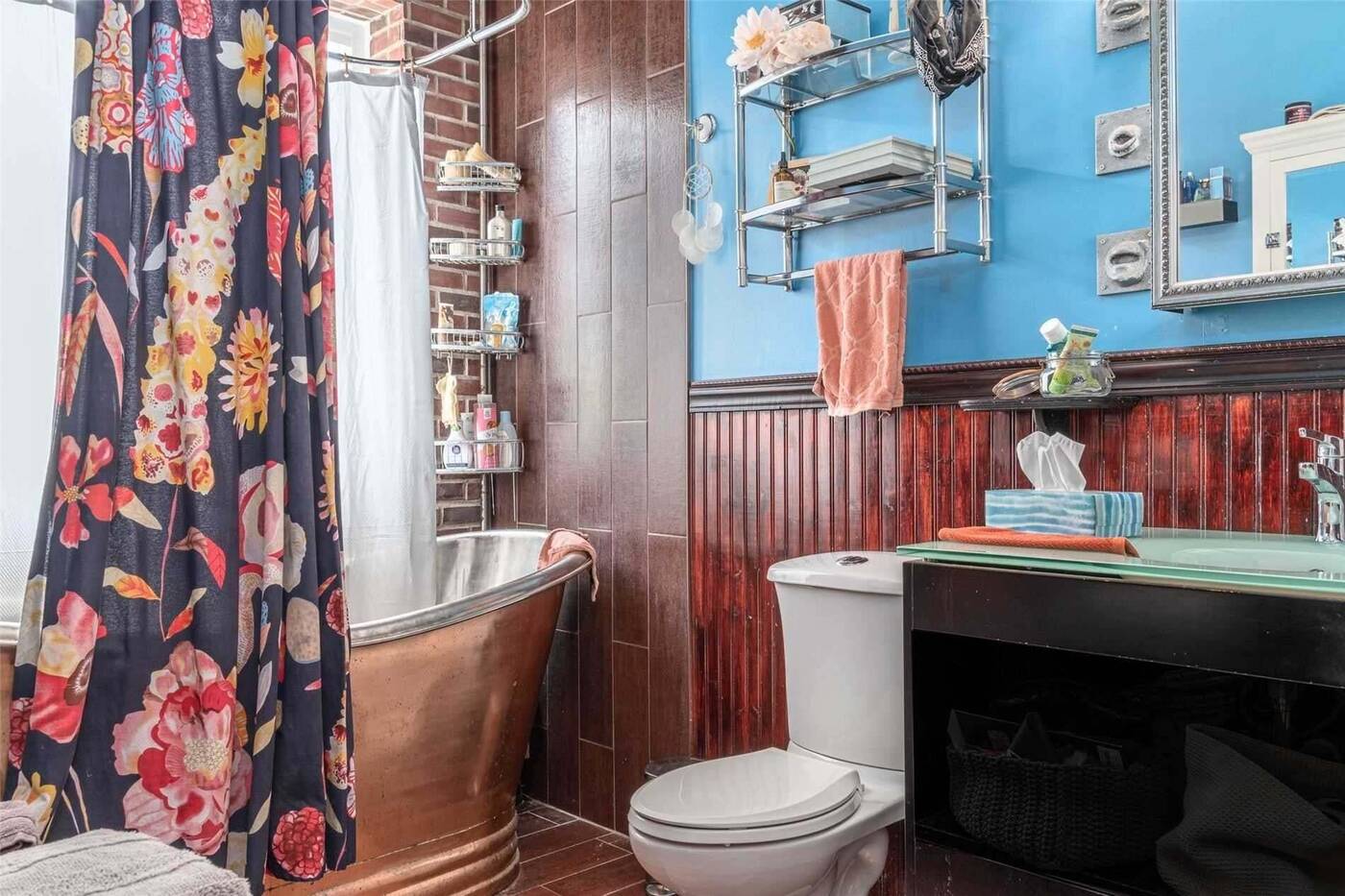 The home's origins as a biker clubhouse make it unlike any other residence in Toronto. 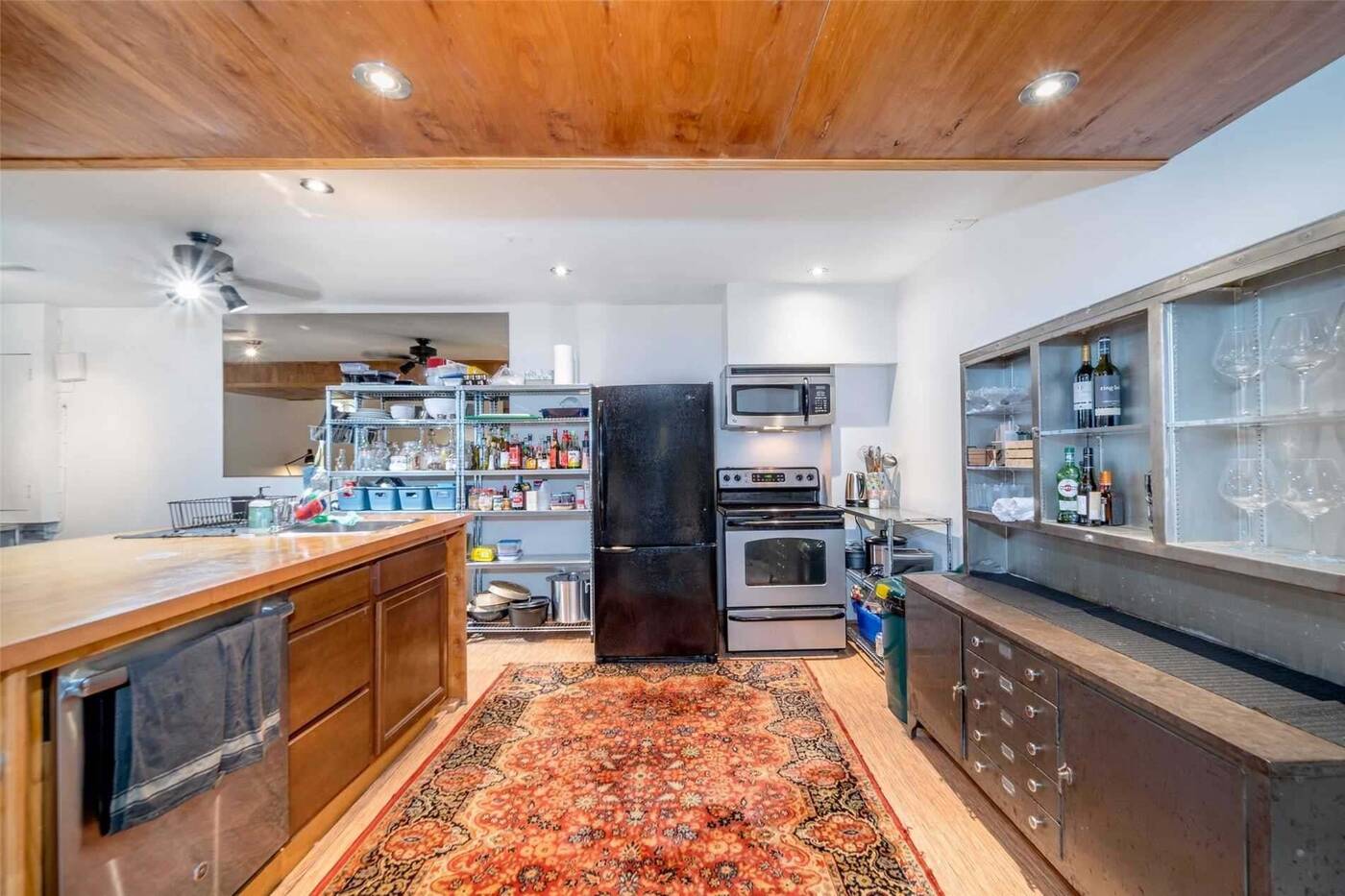 Not only is it, as the listing states, "solidly built," it's roomy and fitted with unique spaces that are fun to think about in the context of what the gang used them for. 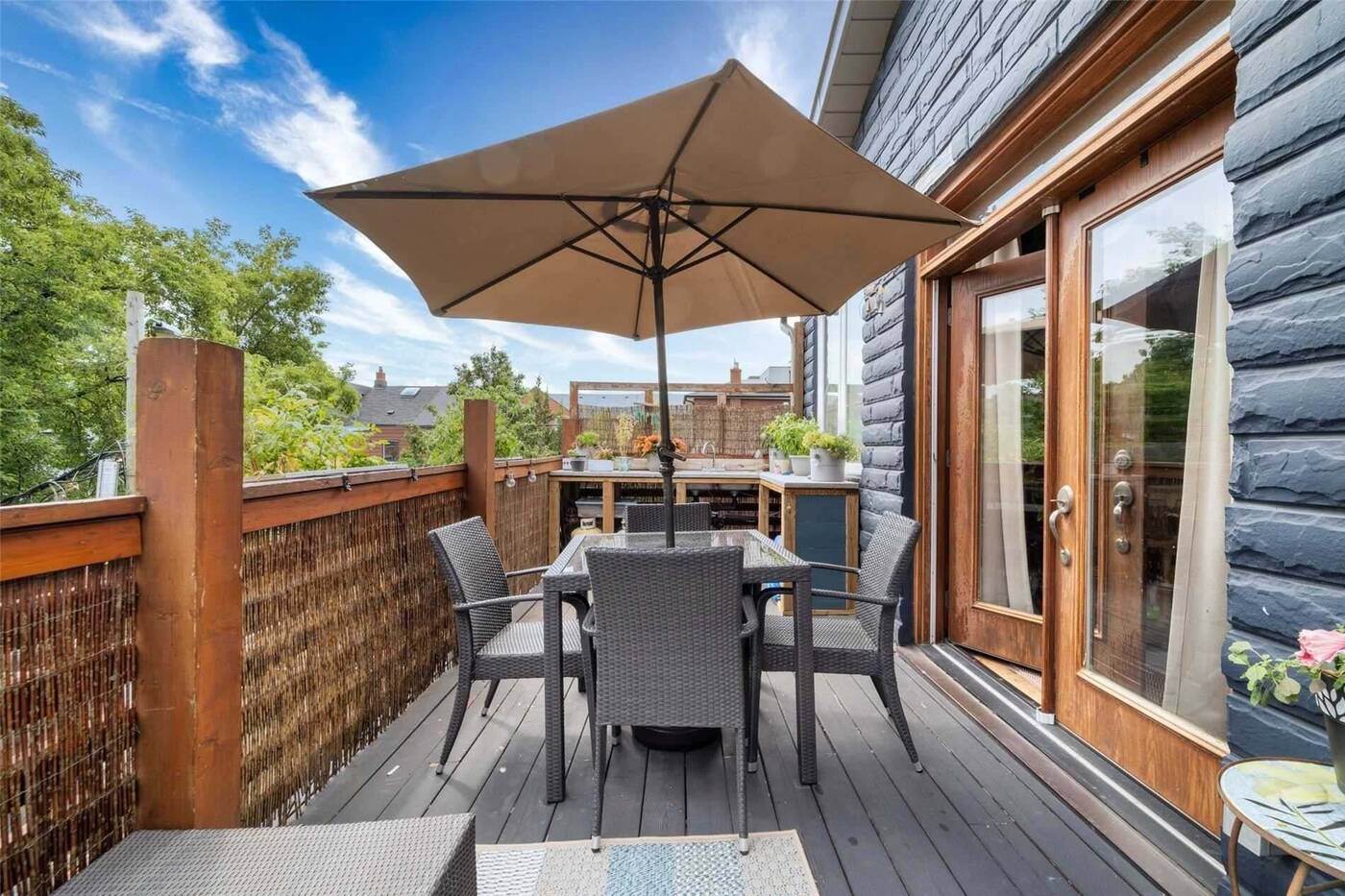 The wood-panelled basement unit, for instance, boasts a massive wet bar that's been transformed into a spacious open kitchen. 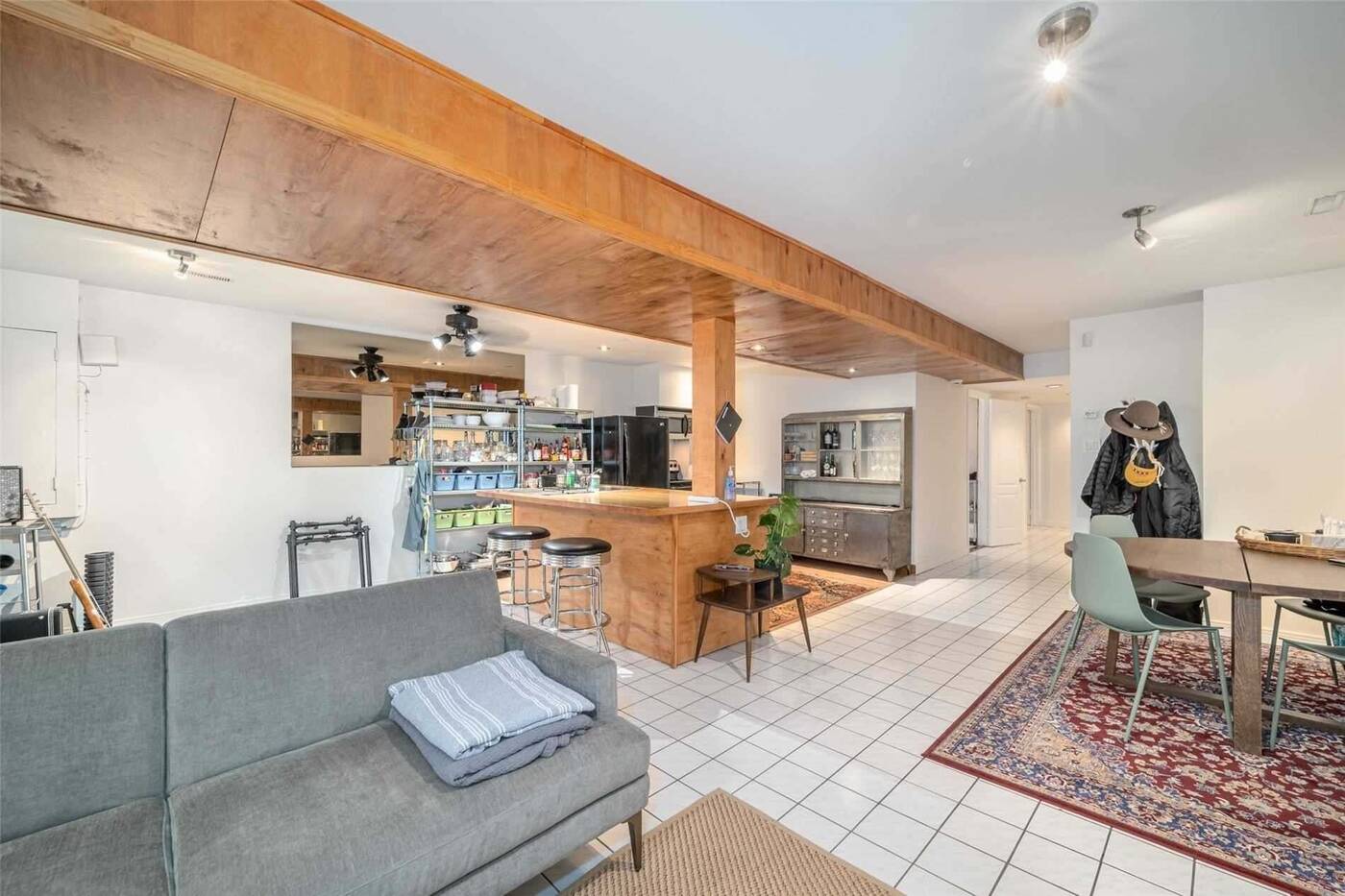 Each unit has its own distinct charm, but they all feature copious amounts of wood. 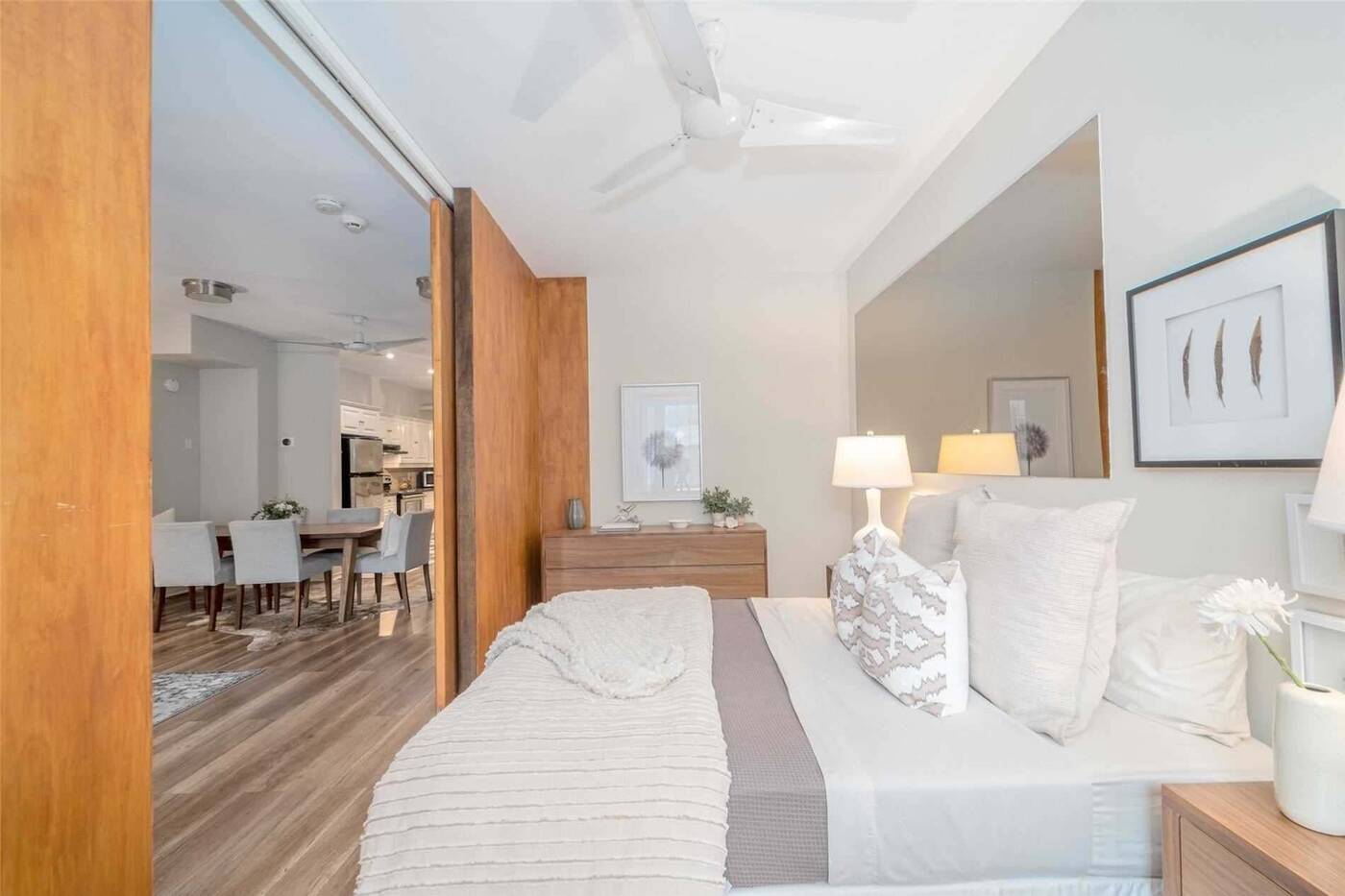 Whether in the form of a panelled wall or ceiling, or as a sliding barn door. 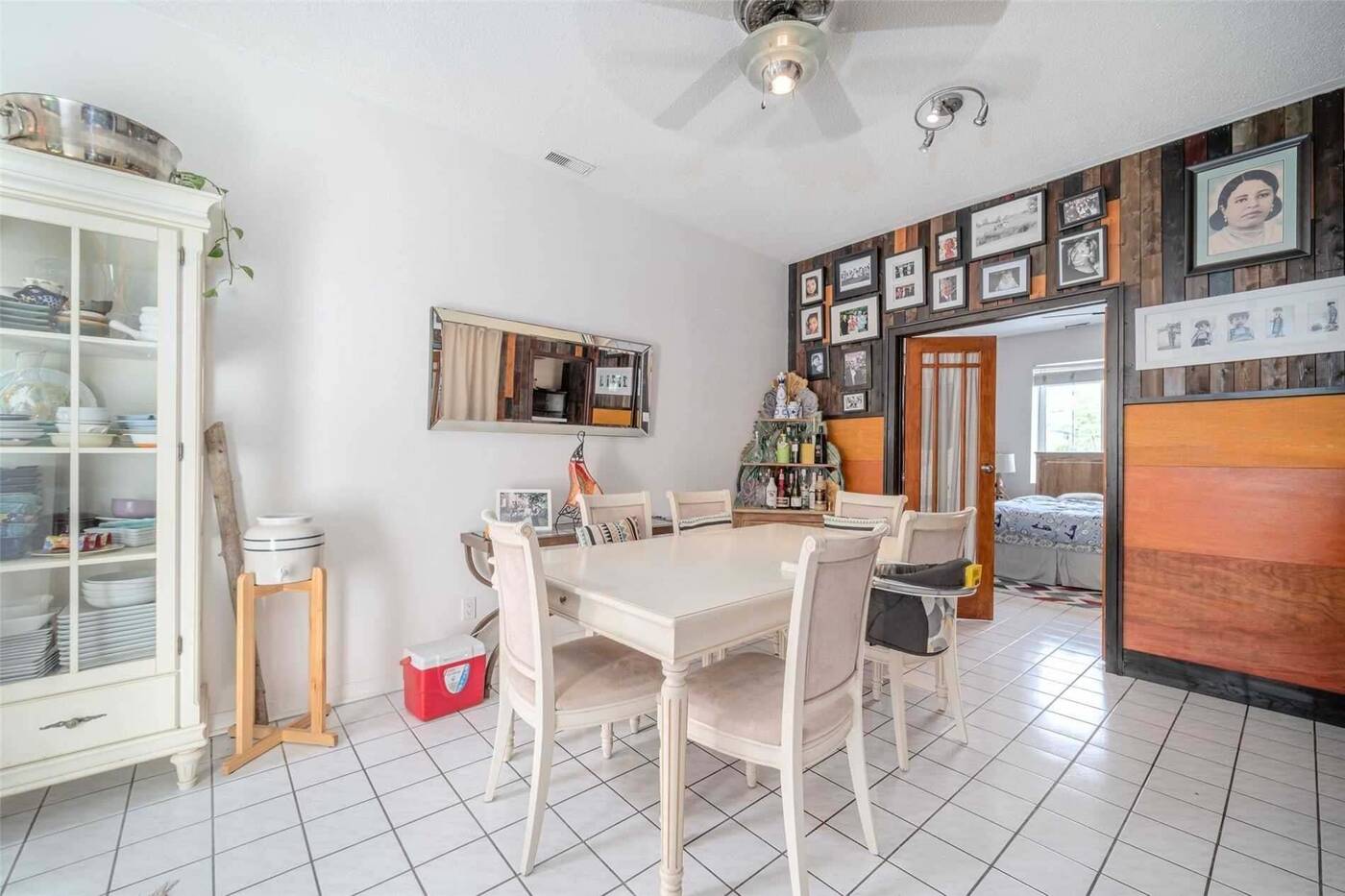 Some rooms look more like they belong in a Muskoka cottage than a downtown Toronto triplex... not that this is a bad thing. 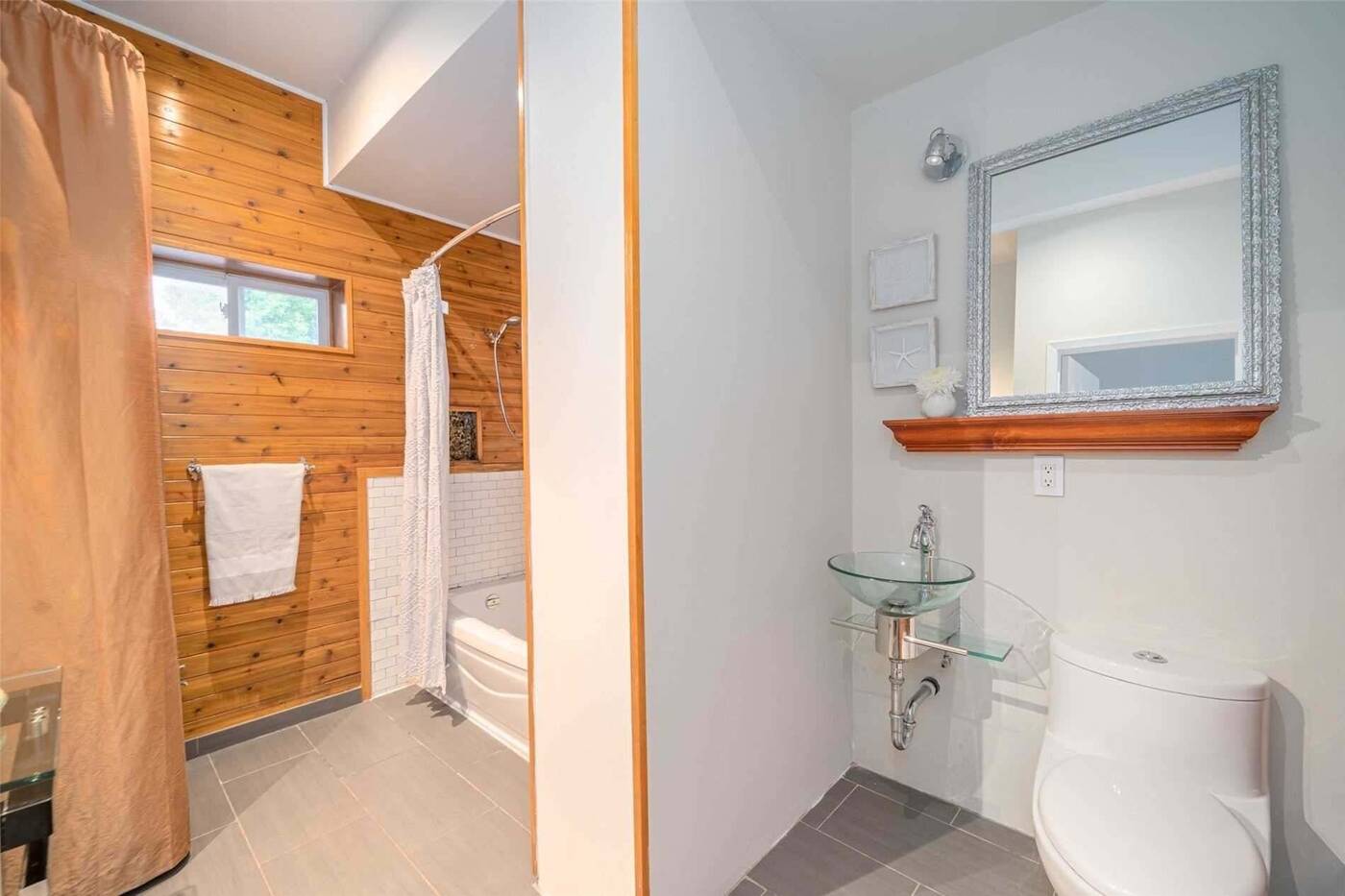 Parking is also plentiful, which makes sense given that large groups of people used to gather here and do... whatever it is that biker gangs do. 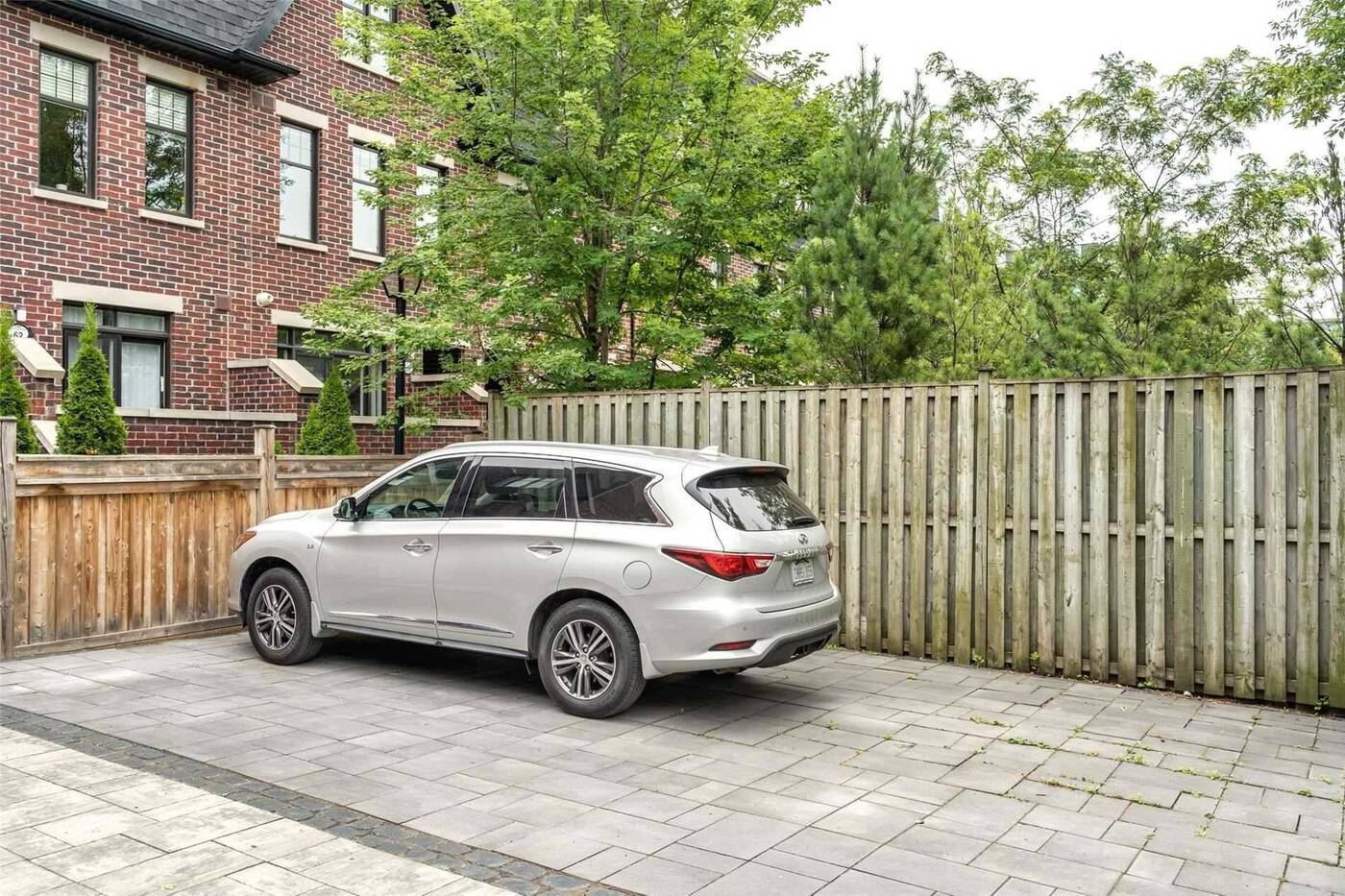 The seller told CTV this week that he hopes whoever buys the place will appreciate its badass origins as much as he did.

"It's a very beautiful property and you know it's got an interesting history," he said. "I just really hope that whoever does buy it gives it as much love as we have."