Located in family-friendly Leslieville, the former Hells Angels' clubhouse on Eastern Avenue will soon hit the market. And, according to the Toronto Star, a Toronto realtor estimates it'll go for somewhere around the $700,000 mark - not bad for a 2,500 square foot bunker.

As the Star reports, the federal government took ownership of the property in 2007. But, it has never been up for sale until now. 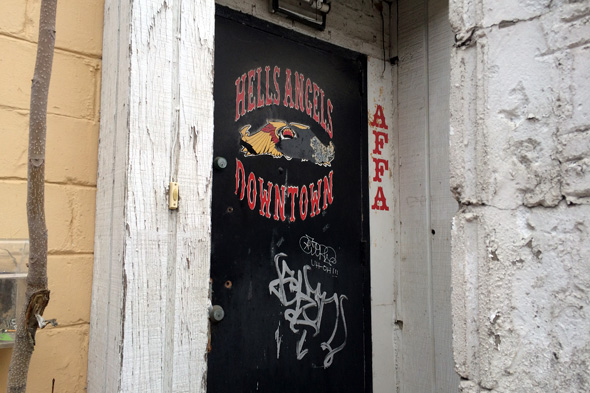 The old clubhouse features secure steel doors, two bedrooms, a bar and a big meeting room. While it looks a little austere now, it could be a great fixer-up for adventurous types.

Would you buy the clubhouse? Let us know in the comments.