It can (and has) been argued that economic inequality is one of the most important social justice issues facing the world today, with the ever-growing wealth gap linked to everything from racial disparities in education to shorter life expectancies for low-income Canadians.

Nothing illustrates this stark divide in life circumstances better than an urban housing market.

While massive houses and luxury condos are expensive in terms of absolute costs, a new report shows that they're actually cheaper for residents of Toronto's richest neighbourhoods (relative to their income) than a humble apartment would be for a resident in one of the city's poorest neighbourhoods.

"Proportionally speaking, the very rich spend far less on their shelter costs than the rest of us do," reads the report, which is entitled "Cheap Mansions and Expensive Apartments: Why the rich pay less and the poor pay more."

The analysts found that residents of the Bridle Path neighbourhood put just 8 per cent of their income, on average, toward shelter costs. Among the top ten richest neighbourhoods (which include Rosedale, Forest Hill, Casa Loma, Leaside, Lawrence Park and Kingsway South,) residents spend an average of 12 per cent on housing.

"Comparing the average percentage of income paid towards shelter is an important measure of housing inequality," reads the report.

"In absolute terms, the rich pay more for anything they consume than the poor do... in proportional terms, where the benchmarks are mansions and apartments, the rich pay the least and the very rich pay hardly anything." 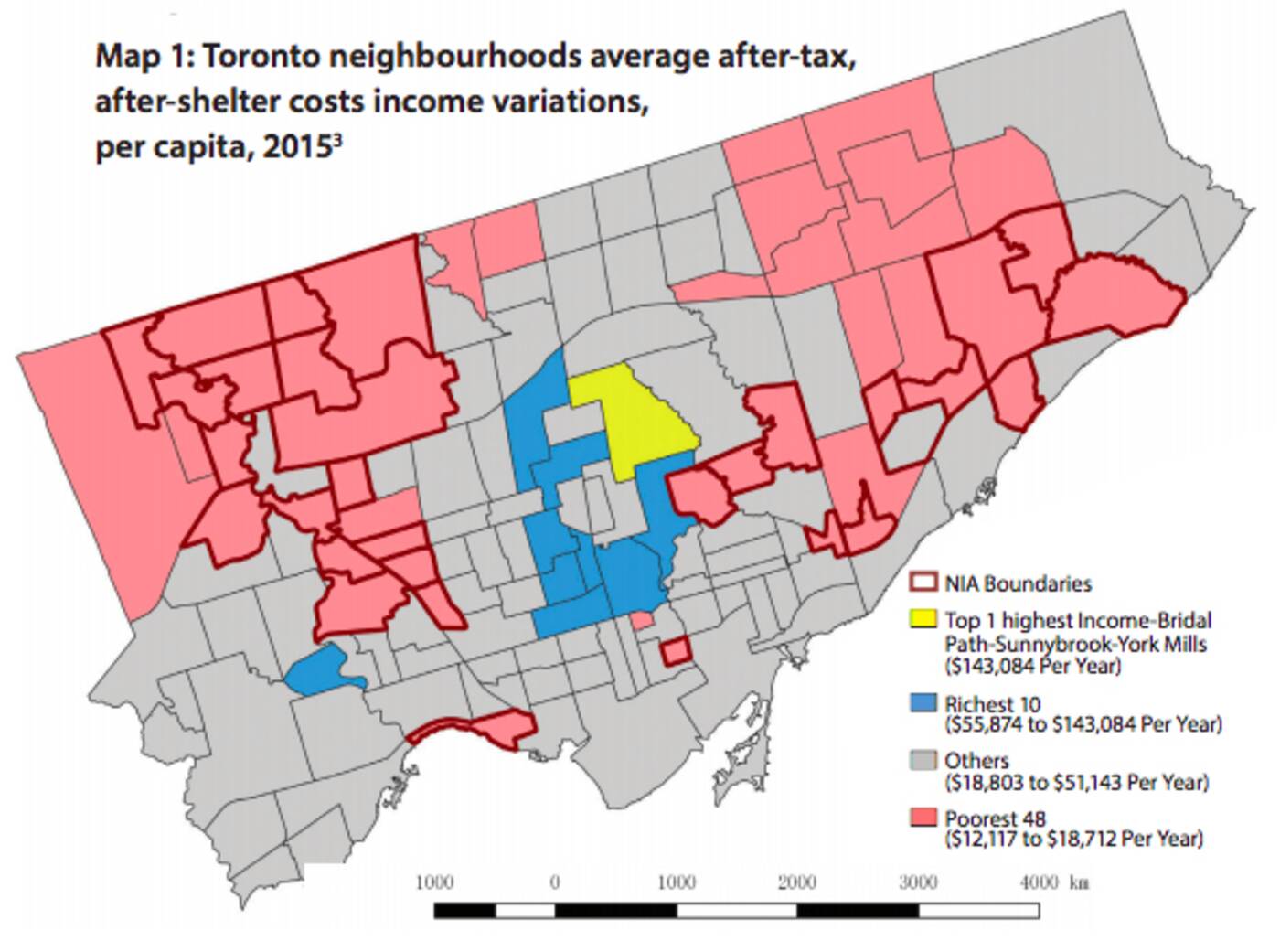 Stapleton and his colleagues draw the following conclusions based on their analysis of proportional housing costs in Toronto's richest and poorest neighbourhoods, though they also note trends vary among the 82 "other" Toronto neighbourhoods that are neither rich nor poor.

The report's authors also illustrate through a series of graphs just how wide the income gap is between residents of rich and poor residents, with the richest pulling in an annual household income of $439,563 and the 48 poorest neighbourhoods averaging $60,118.

"Looking at Figure 1, some readers may be struck by how narrow the gap appears between low-income neighbourhoods and 'other' neighbourhoods in Toronto. The average household income difference is less than $20,000," reads the report. 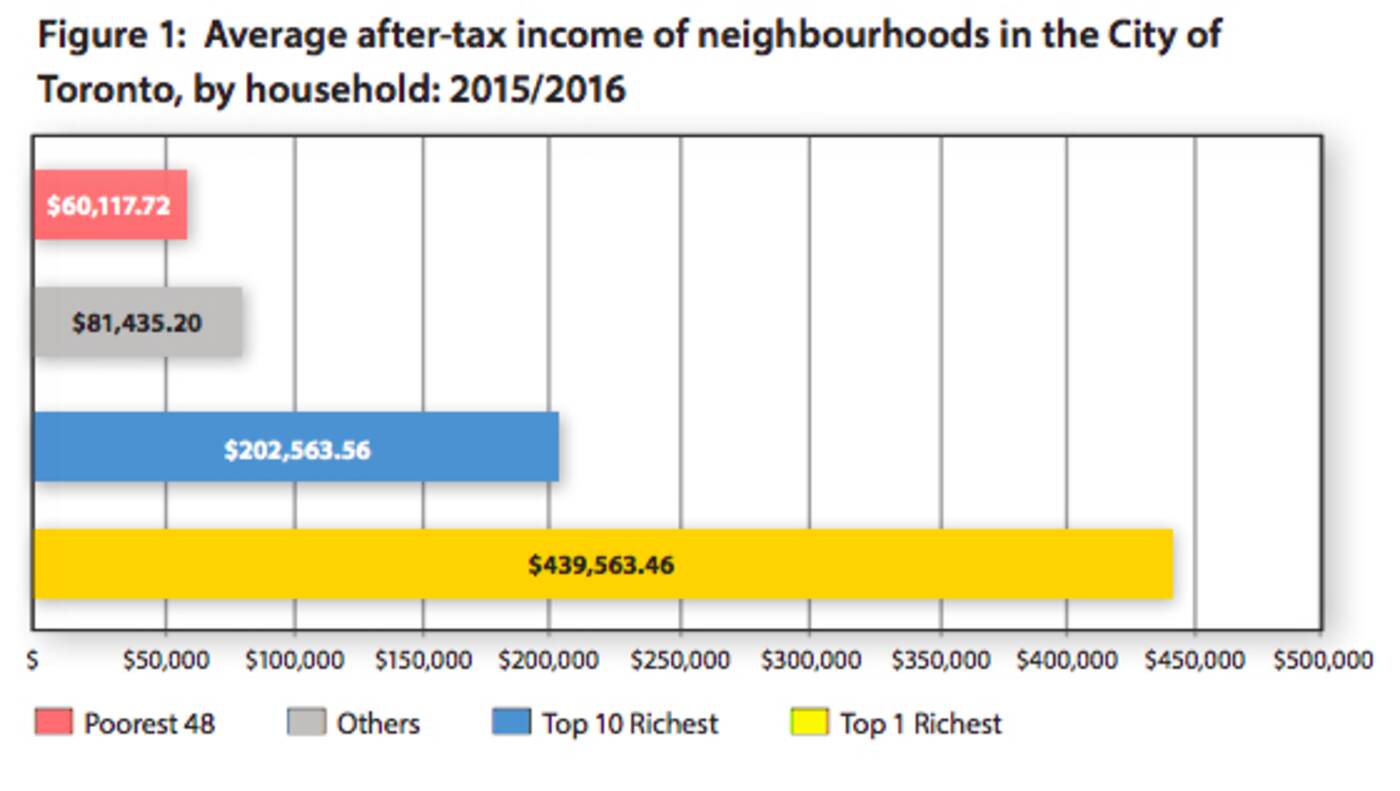 The paper points to Amazon founder Jeff Bezos buying a record-breaking $165 million house in California to illustrate the reality of proportional housing, nothing that, while the estate is exorbitantly expensive, it's equivalent to only one third of one per cent of the billionaire's net worth.

"Throughout the Canadian and other first-world economies, especially in our larger cities, we are starting to see a convergence between low and middle incomes, while the rich are pulling away from the rest of us," concludes the report.

"This convergence is evident in the proportional cost of housing."