A brand new hotel has just opened across from Toronto Pearson Airport. 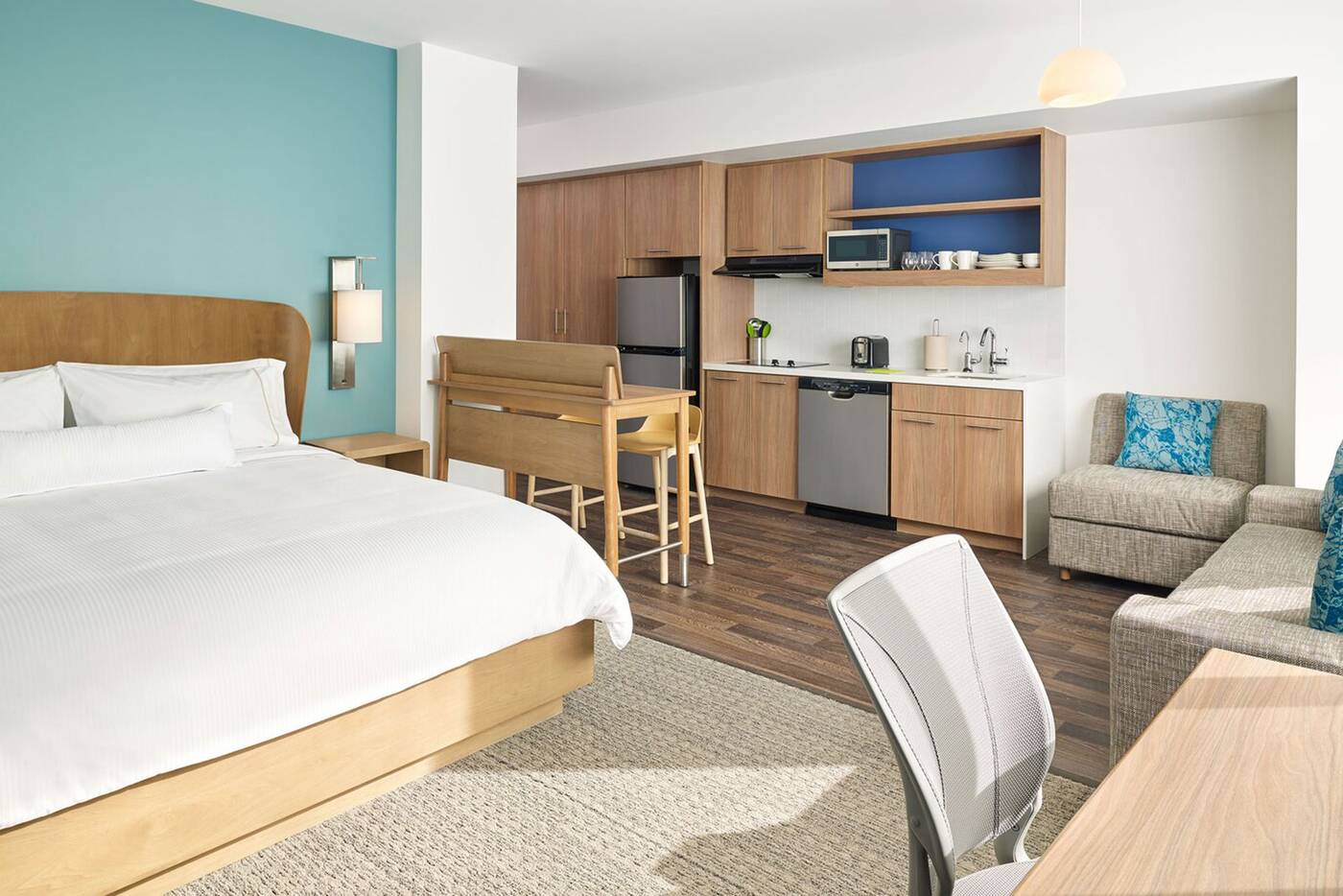 Element is a new hotel situated within walking distance from Pearson Airport's Terminal 3.

Branded as an "eco-conscious" building, Element has water filtration systems in every "outdoor-inspired" suite, shareable bikes for guests to borrow and electric car charging stations.

It's a dual-branded hotel and actually shares one building with the Four Points by Sheraton Toronto Hotel, which is also by Marriott.

The hotel itself is owned by Easton's Group of Hotels, which has already built nine other Marriott branded hotels. 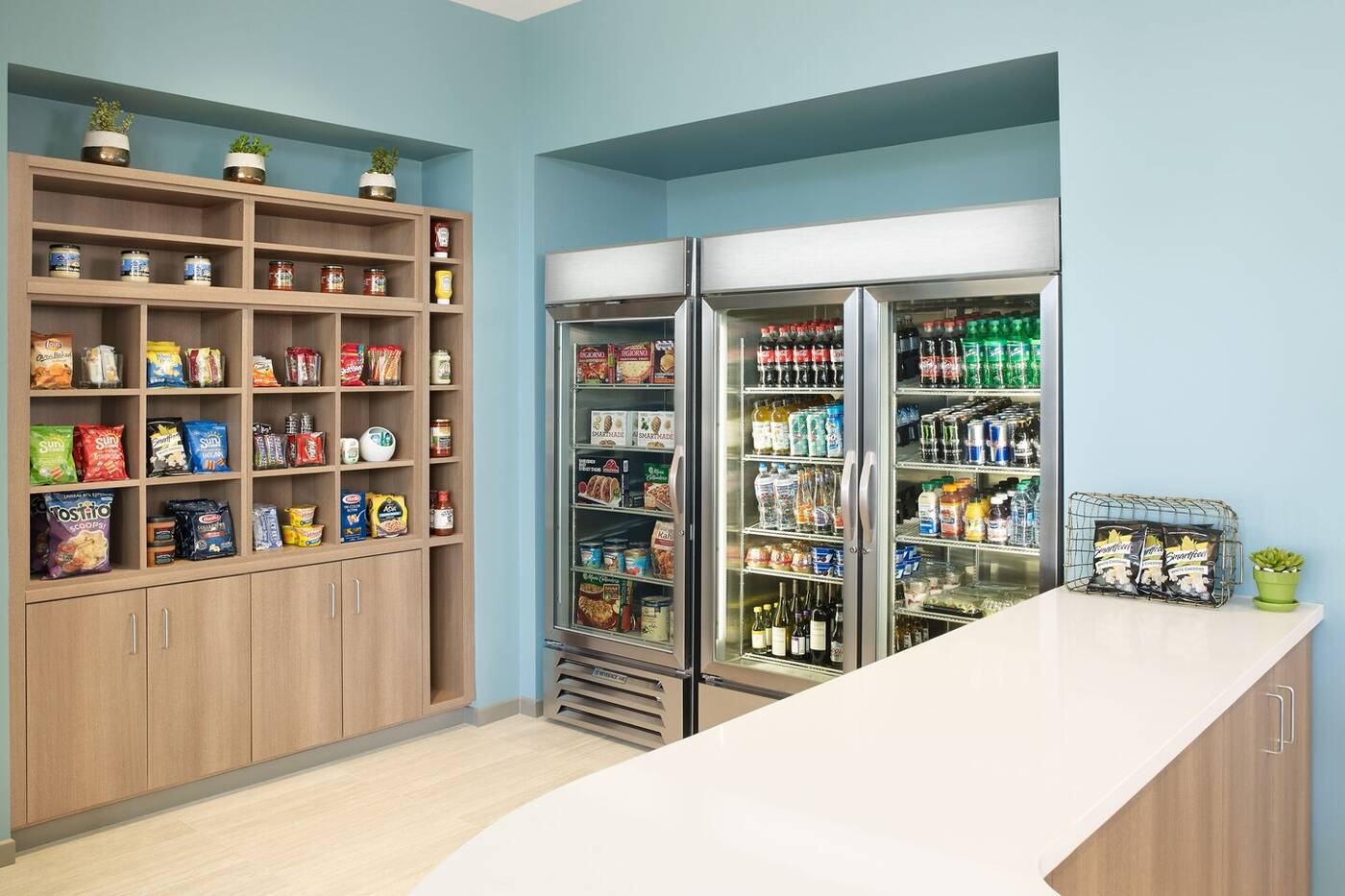 A convenience store is available to hotel guests shop for snacks.

Worldwide, Element has over 60 hotels in North America, and less than 10 internationally. Aside from this one in Mississauga, there's also an Element located in Vaughan.

According to the hotel website, the suites are bigger than your average hotel room, and each one comes with a kitchen equipped with a stovetop and a dishwasher, a living room, and workspace. 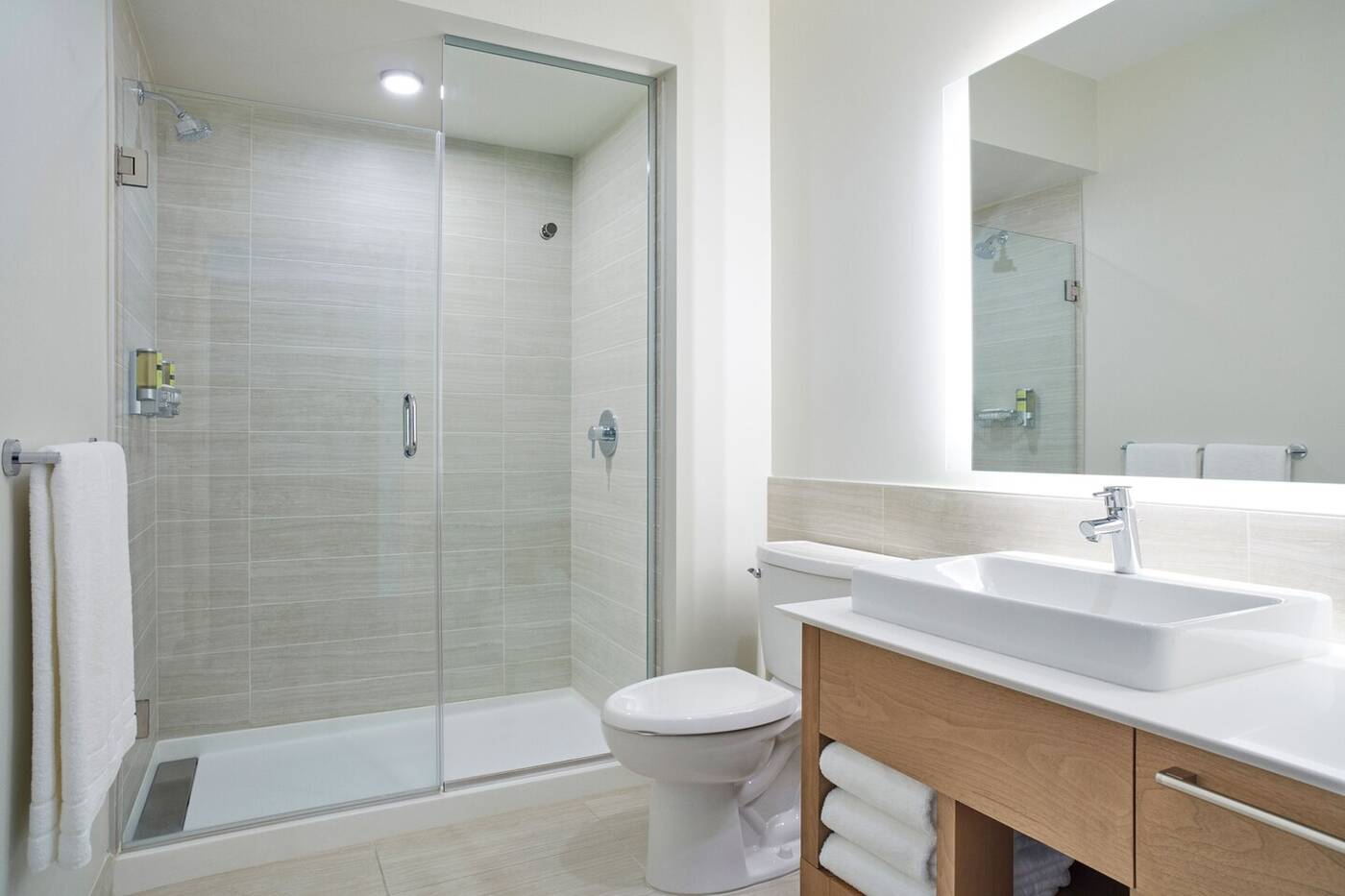 Suites are described as larger than most hotel rooms, with fully-equipped kitchens and in-suite water filtration.

Guests will have access to an indoor pool, 24-hour gym, and a patio with barbecue grills. 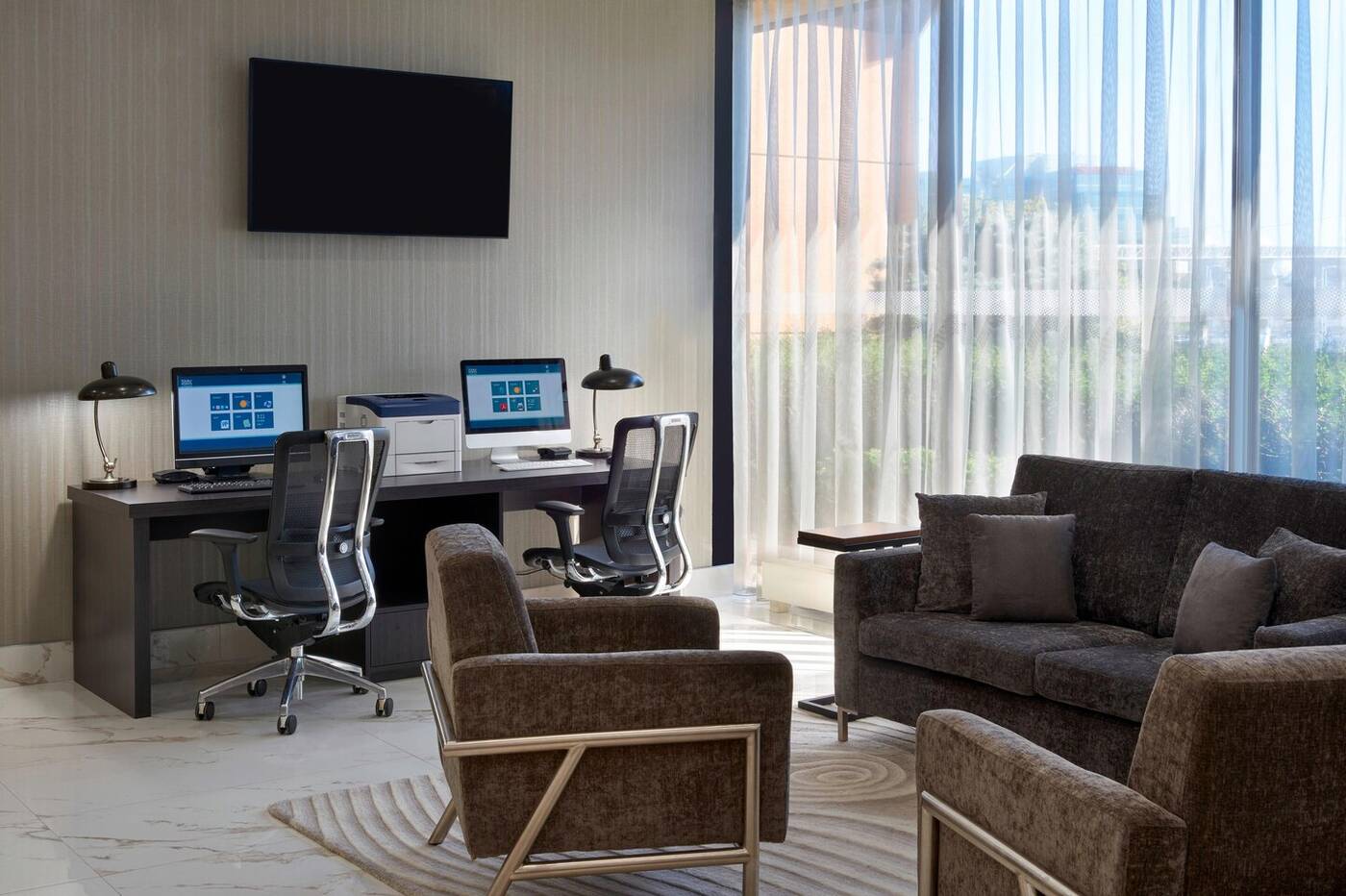 Every hotel suite has an office area.

Element is also pet-friendly if you're travelling with your pooch.

Rates currently run from $135 to more than $235 per night, though there is a special rate for community caregivers which includes first-responders, and healthcare workers.