Here's what Toronto's new Indigenous Hub is going to look like

An all-new Indigenous complex is coming to Toronto's Canary District, and new renderings have been revealed.

The mixed-use hub, which is a first for the city, will feature residential units and offices, a four-storey health centre, a training facility, retail space and more just north of the iconic Distillery District. 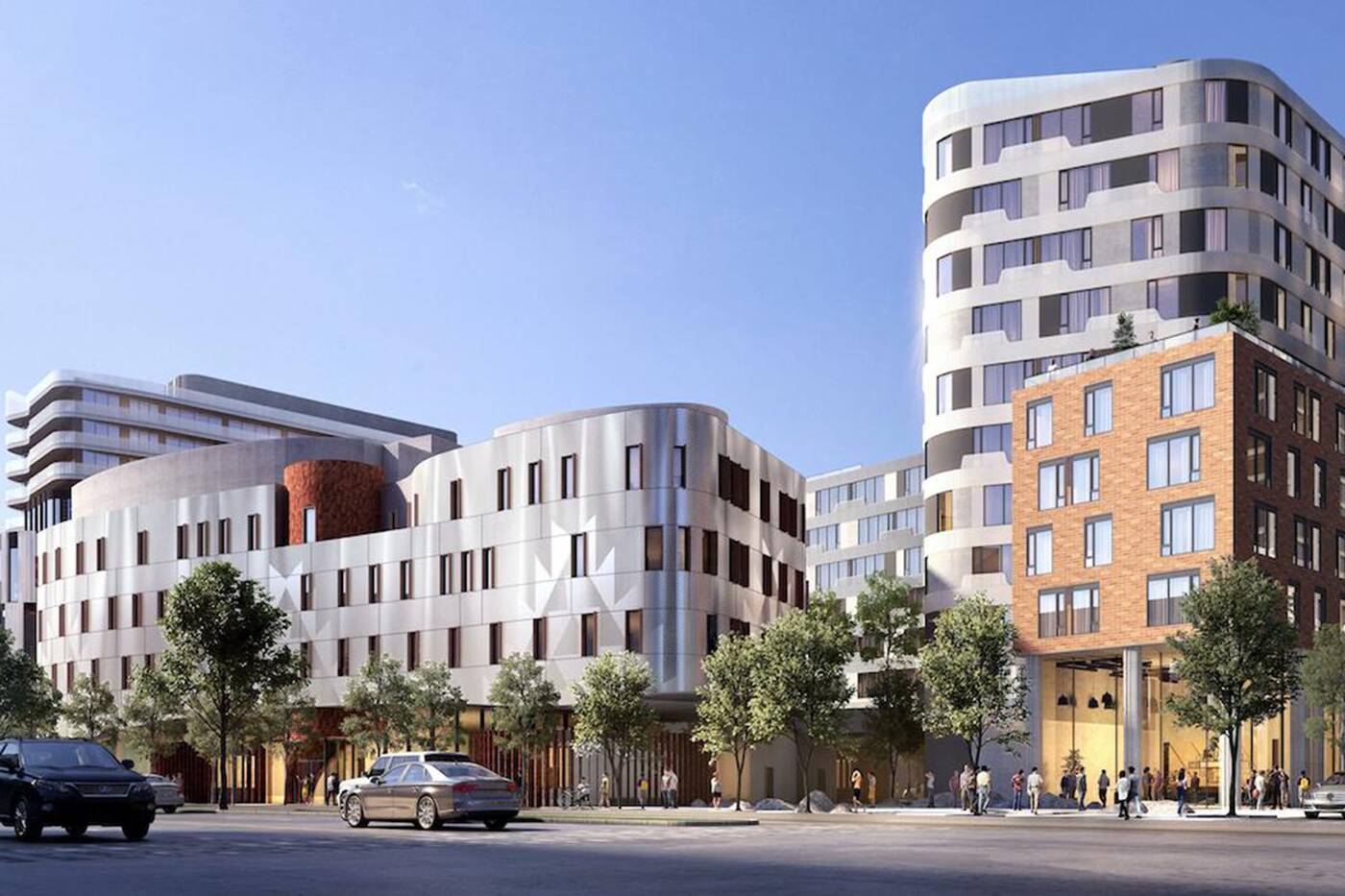 The first phase of the block between Cherry Street, Cooperage Street, Front Street and Mill Street will be the 3,848-square-metre health facility, which will house a sweat lodge, courtyard, doctor's offices and counselling services. 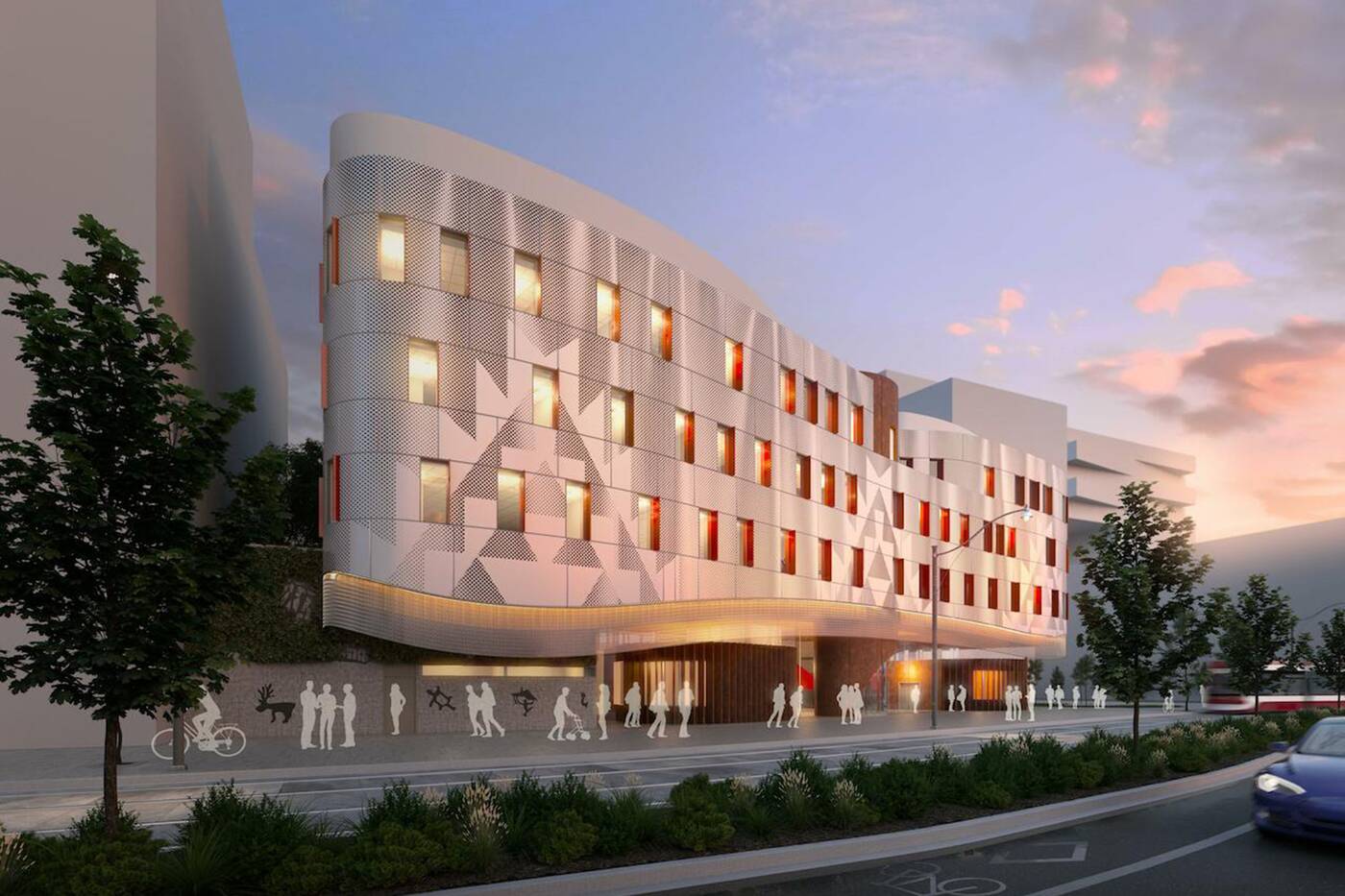 The curved, modern design will mix materials like cedar and perforated aluminum, with Indigenous artistic flourishes and motifs throughout the interior and exterior. There will be ample greenery, including on the roofs.

The inside spaces will feature pops of colour and patterns, wood finishes and lots of glass to diffuse natural light. 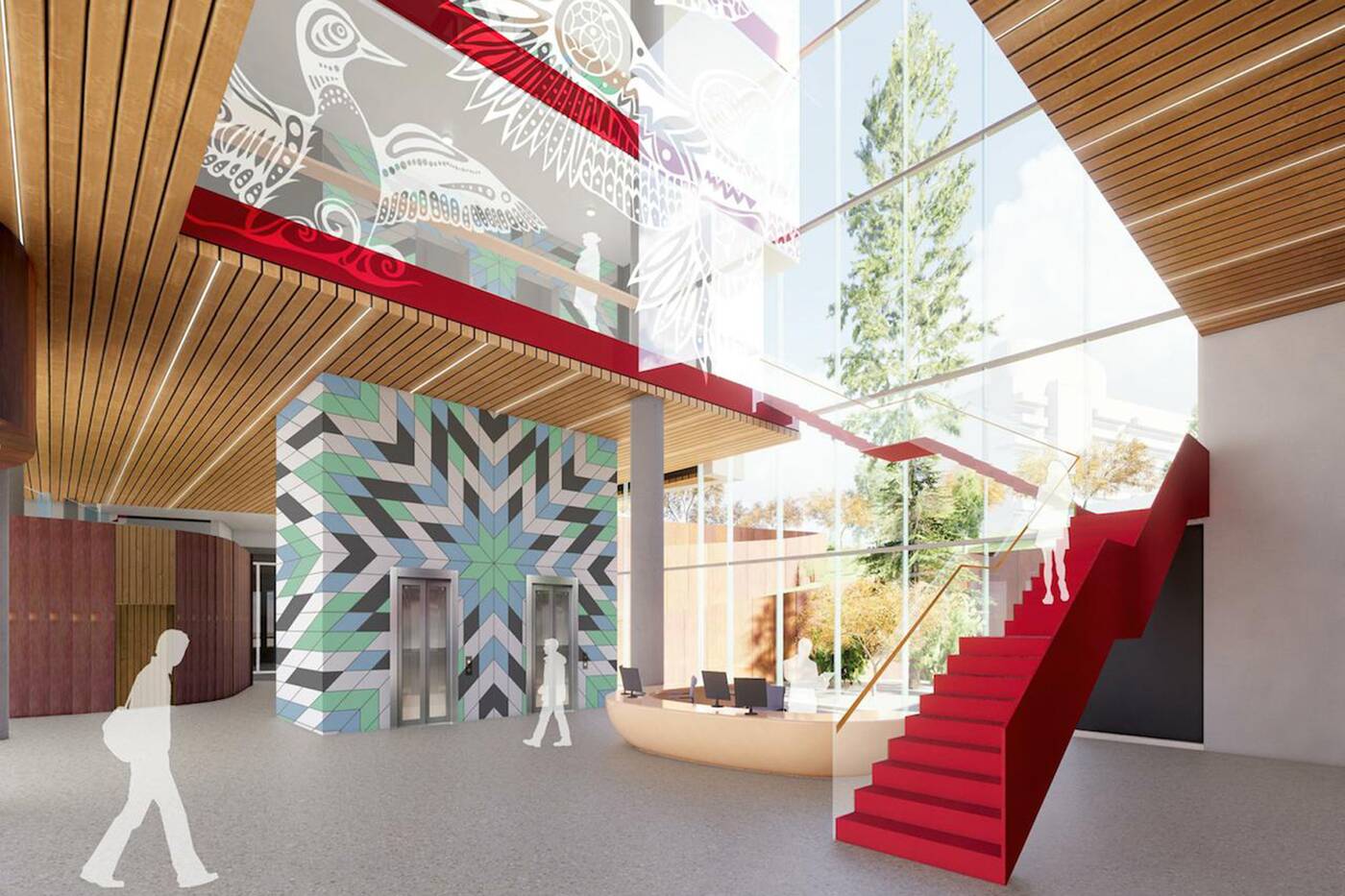 The second phase will see the construction of a four-storey office building — thus far, confirmed businesses include a childcare centre and a child and family centre, educational charity Indspire, and employment and training organization Miziwe Biik.

An existing heritage building on the site, which was formerly home to the Canary Restaurant, will be revitalized as an office and retail space. 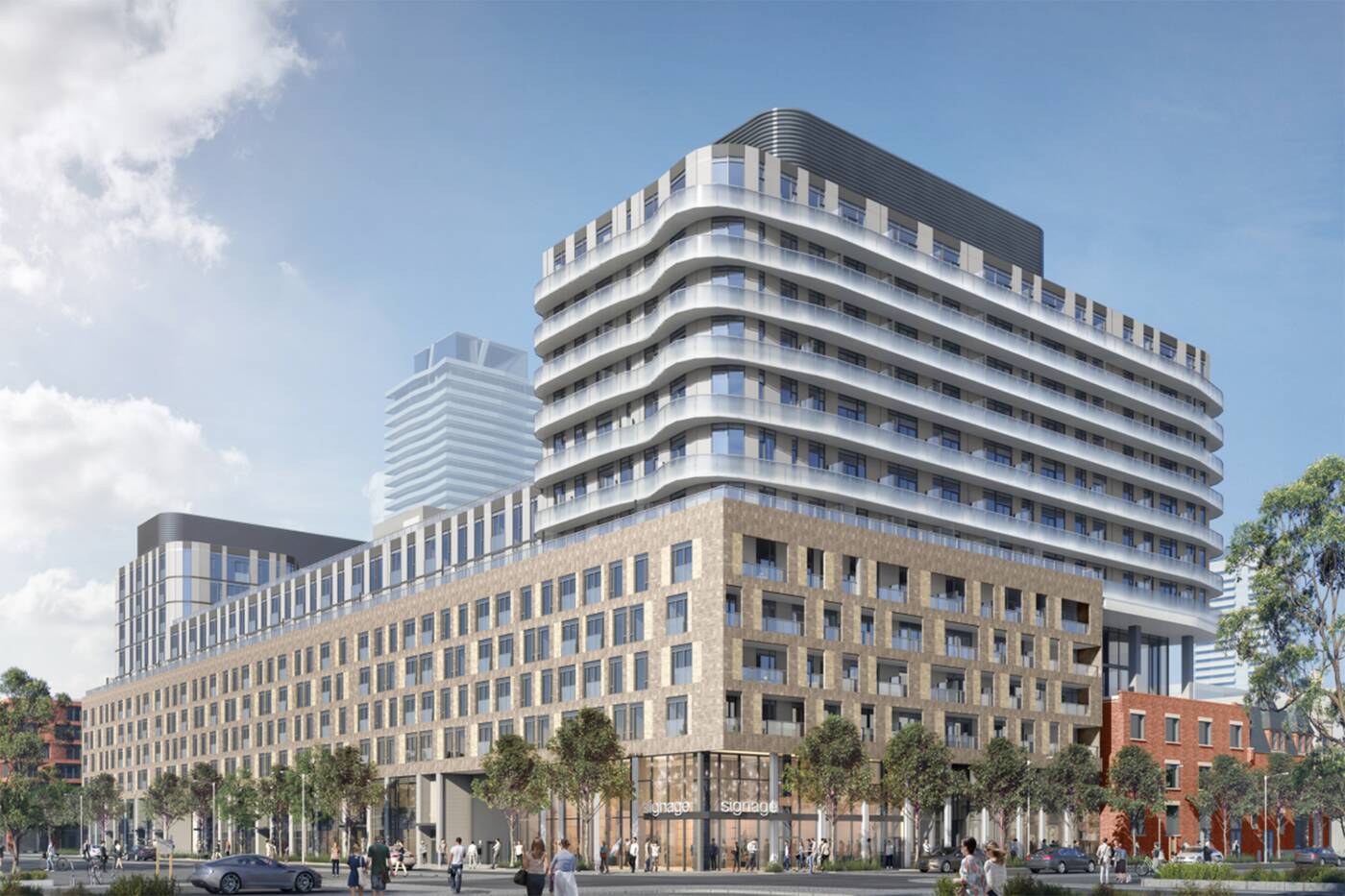 The most striking part of the development will be two adjoining residential towers that will be 11 and 13 floors tall, respectively. The structures will provide 206 condo units and 239 rental apartments and will feature a unique design that mixes brick, standard glazing and curved edges. The condos will also have wraparound balconies.

The ambitious project is owned by Anishnawbe Health Toronto and has a number of Toronto companies on board, including developers Dream Unlimited, Kilmer Group and Tricon Capital, as well as architects Quadrangle, ERA, Two Row Architects and Stantec. 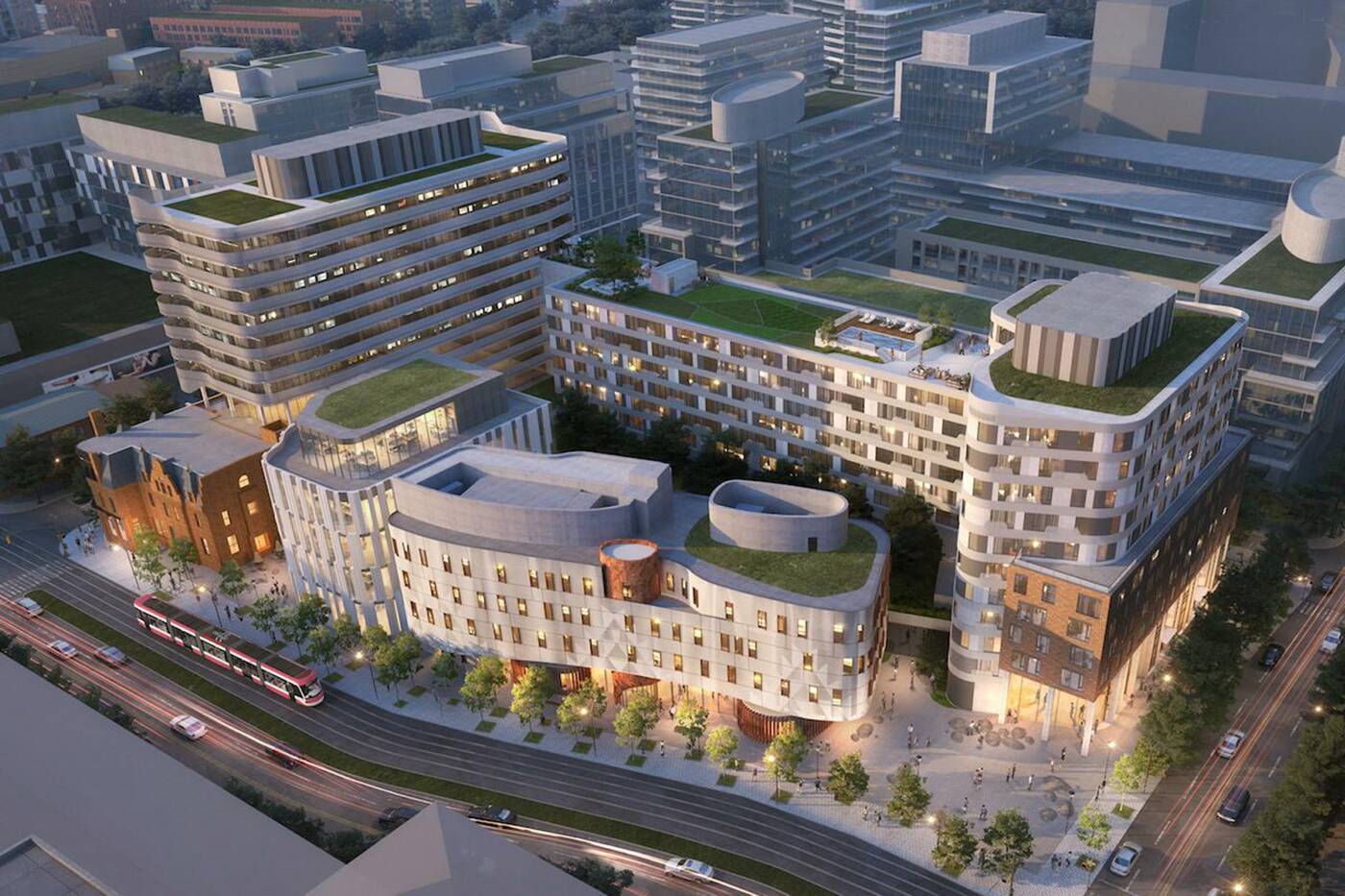 The renderings are impressive, to say the least, and promise an innovative and much-needed Indigenous-focused space in the city.

This $8.3M mansion near Toronto has 23 acres and a private forest

This $1.1 million Toronto property is a rock-and-roll lover's dream

This $4.2M Toronto home comes with a treehouse bedroom