A new condo development is slated for a major intersection on a section of Queen West that's known for its variety of restaurants and storefronts, not its residential buildings.

The southwest corner of Queen and Bathurst — currently home to a Pizza Pizza, Tim Hortons, Hone Fitness, Tacorrito and the Paddock Tavern — will be demolished for an eight-storey condo complex by 2024. 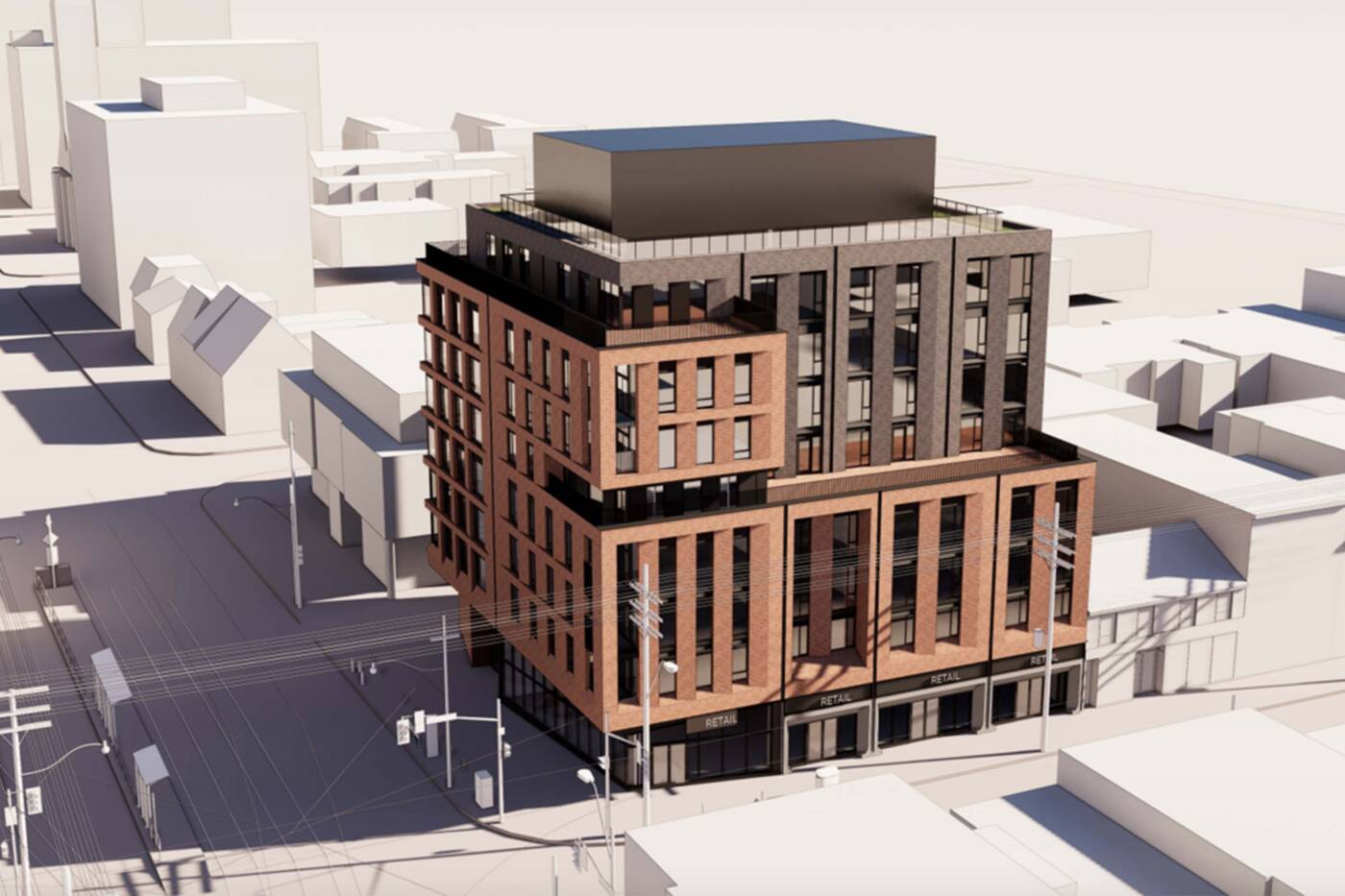 The mixed-use red brick building will house 70 residential units, some with balconies, as well as 13,700 square feet of ground-floor and basement retail space. There will be no on-site parking spaces.

A detailed application to rezone the area was submitted by Trinity Development Group at the end of December, and the design by Teeple Architects has gone through multiple stages of renderings.

The most recent facade in many ways echoes that of the CB2 furniture store that replaced the iconic The Big Bop venue on the adjacent corner.

A proposal for the SW corner of Queen and Bathurst, and with it, I bid adieu to a corner imbued by nostalgic, half-baked memories pic.twitter.com/Ho2MhEzsqO

The project comes just as the city is developing a plan to limit density and high-rise buildings in the area.

A forthcoming proposal seeks to place restrictions on new builds on Queen between Bathurst and Roncesvalles according to the Globe and Mail, like that they must be six storeys or fewer and that top floors must be recessed back from the road.

The 3.5 km-long strip may also soon become protected under heritage designation, much like nearby Kensington Market, which would hopefully prevent further development incongruent with the neighbourhood's feel and history.