The decades-long revitalization of Canada's largest mental health teaching hospital continues at a clip as we head into 2020 with the release of renderings for a brand new research facility at Queen and Shaw.

Toronto's Centre for Addiction and Mental Health has been working to redevelop its 27-acre Queen Street West campus into a "mental health facility of the future" since 2002, when master plans for the transformation were first announced.

Two phases of construction have been completed since shovels first hit the ground in 2006, better integrating what was once the Provincial Lunatic Asylum into surrounding communities to promote recovery for patients and "shift societal attitudes toward mental health."

Phase three of the project, which broke ground in October of 2017, is expected to be complete by spring of 2020 — meaning the start of phase four could now be just months away. 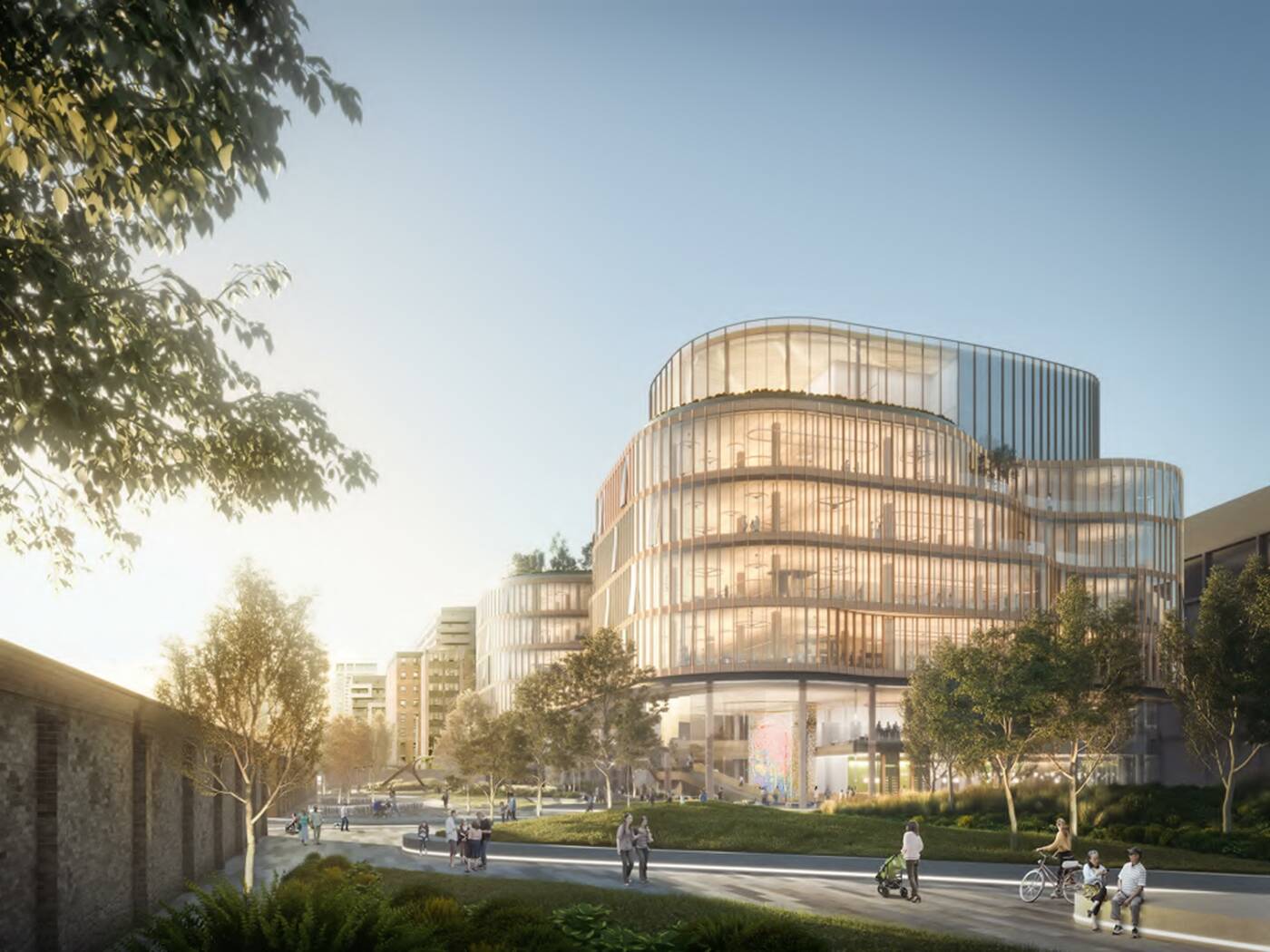 Full details have yet to be released for the next phase of development, but Urban Toronto reports that the crown jewel of CAMH's latest site approval plan is a curvy, light-filled building designed by the award-winning Canadian architects at KPMB.

The building in question would sit on the campus' easternmost edge, south of a public park and directly west of the historic brick wall that was famously built by asylum patients in the 1800s.

CAMH has gone to great lengths in an effort to preserve this wall, given its heritage value, while incorporating it into the larger "urban village" it's trying to build.

"One of the most distinctive architectural features at CAMH's Queen Street site is, without doubt, the historic brick wall that was built by patients in the nineteenth century," reads the hospital's website.

"CAMH is committed to conserving and preserving our historic landmarks. An archival display of the site's asylum history lines the walls of the main floor of the Doctors Association Building and conservation work on the wall and storage buildings began in the summer of 2007." 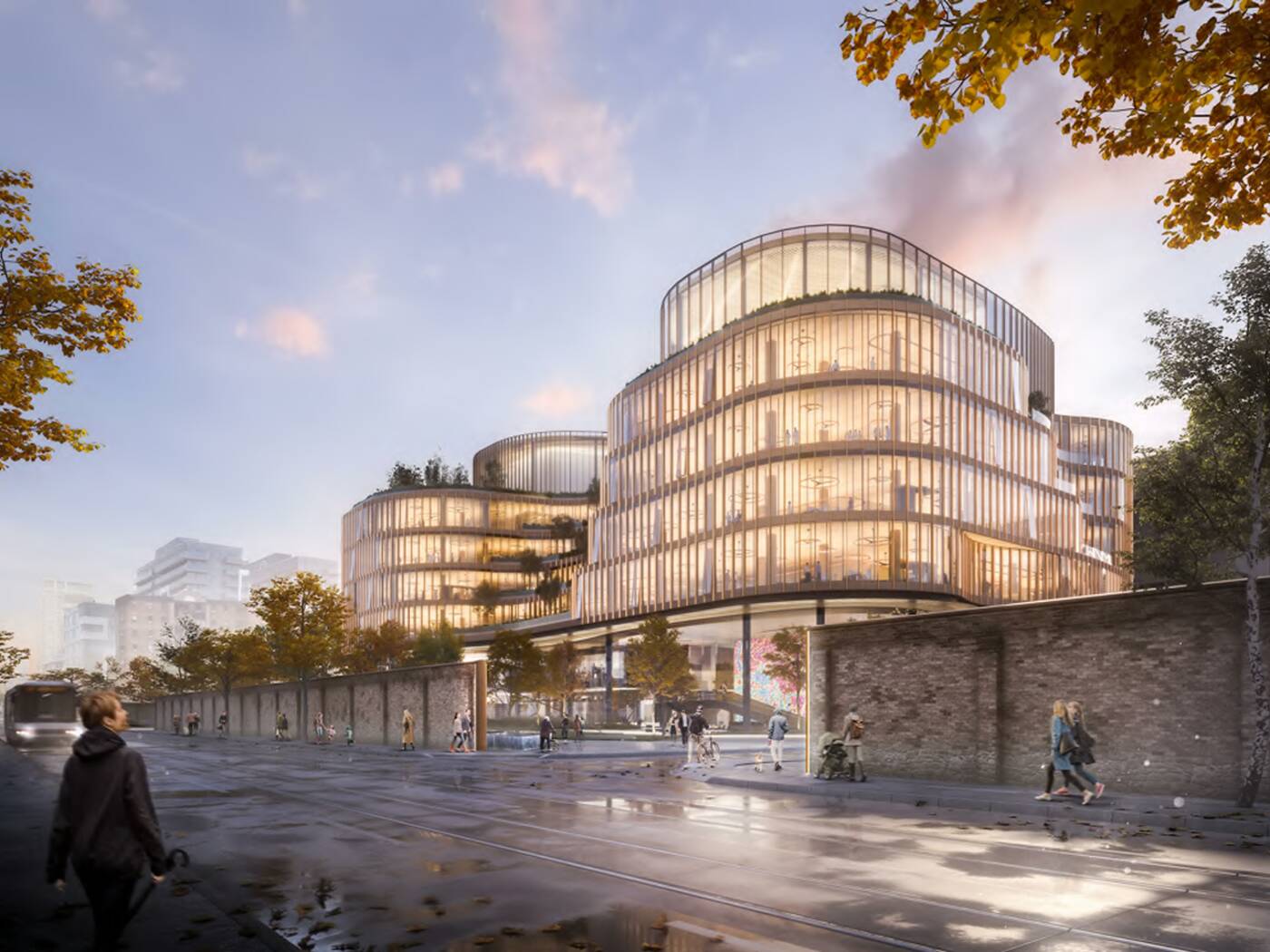 That said, renderings suggest the wall will look entirely different juxtaposed against what CAMH has planned for phase four.

The hospital's newest proposal includes a landscaped path running between the KPMB-designed building, according to Urban Toronto, with "a number of weaving paths, a water feature, and seating."

The building itself would rise seven storeys high and contain some 146,985 square metres of institutional space.

An additional 1,775 square metres has been alloted for retail space on the ground floor — another example of how CAMH is building a more open and inclusive community through architecture.

Clad in glass and bronze, the building would feature green terraces on recessed balconies throughout and a large, curved base podium with sprawling and airy interiors. 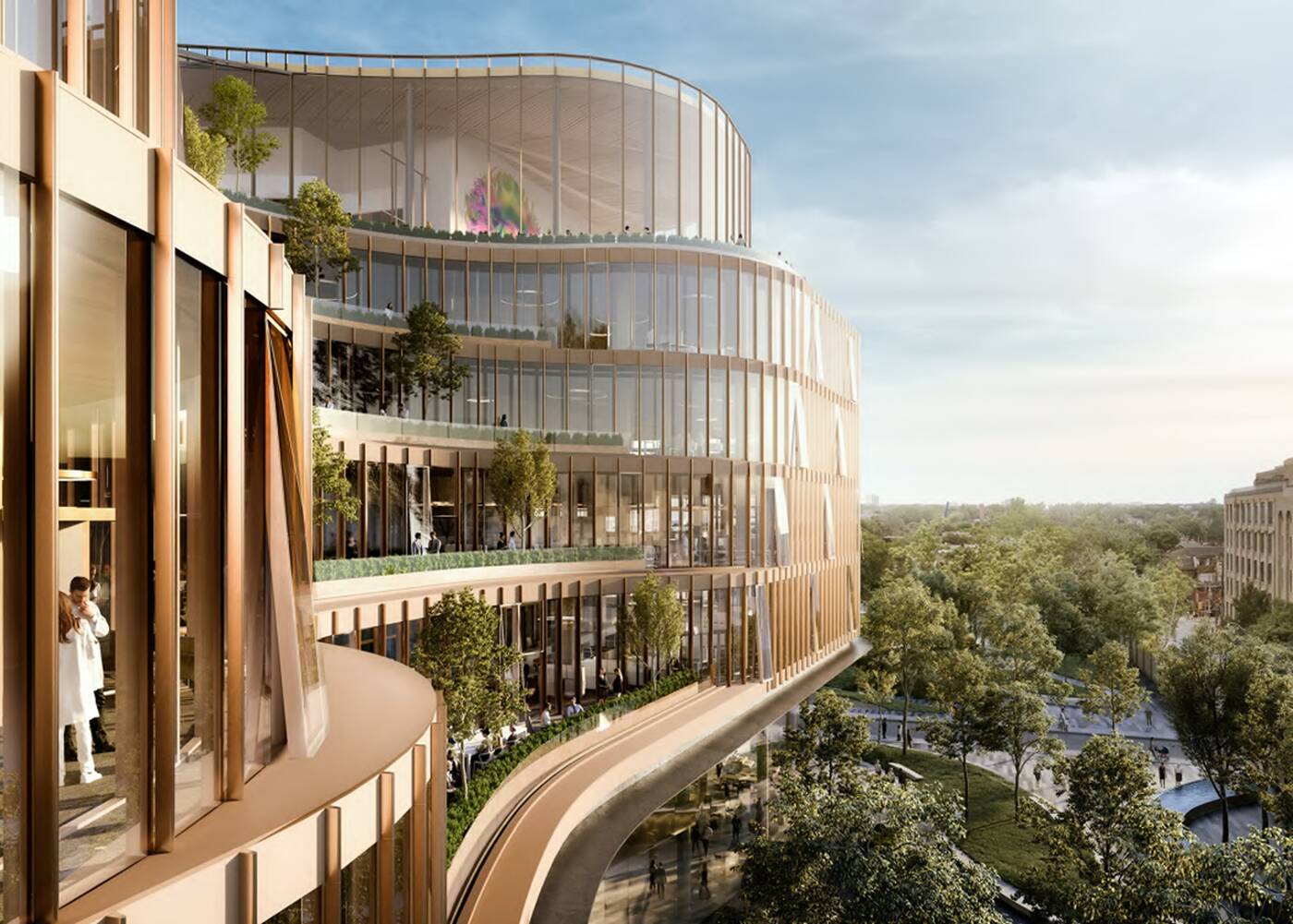 The hospital announced in November that community members can look forward to a new recreational space at ground level, not far from the building, which will "incorporate mixed-use green space, diverse trees, shrubs and plants, beautifully lit walking paths, benches, a pavilion, a children’s play zone, a wet play area and misting station, as well as an outdoor art installation."

"We've come a long way since wrecking balls and shovels first hit the ground in 2006," reads CAMH's redevelopment microsite. "With the groundbreaking on the third phase in October 2017, we've now embarked on the boldest chapter in the evolution of CAMH and the Queen Street site."

With this third phase now almost finished, CAMH staff are set to move into two new hospital buildings with roughly 600,000 square feet of space between them this spring.

No details yet on when the curvy KPMB complex is expected to be finished, constructed or even approved, but it sure does look like a gorgeous addition to the top-rated and historic Toronto hospital.