The end could be nigh for one of Toronto's most-popular rooftop patios  as condo developers reveal new plans to replace an entire half block in the city's east end.

Murphy's Law, Brett's Ice Cream and the Days Inn on Queen Street East where Eastern Avenue meets Kingston Road are all on the chopping block, per a development application filed with the City of Toronto late last month.

Community planning firm Bousfields Inc. has applied for a Zoning By-law Amendment to permit the build of a six storey, mixed-use  building with 11o residential units across 1684, 1698, 1700 and 1702 Queen Street East — a sizeable swath of property bordered by Orchard Park Boulevard and Penny Lane. 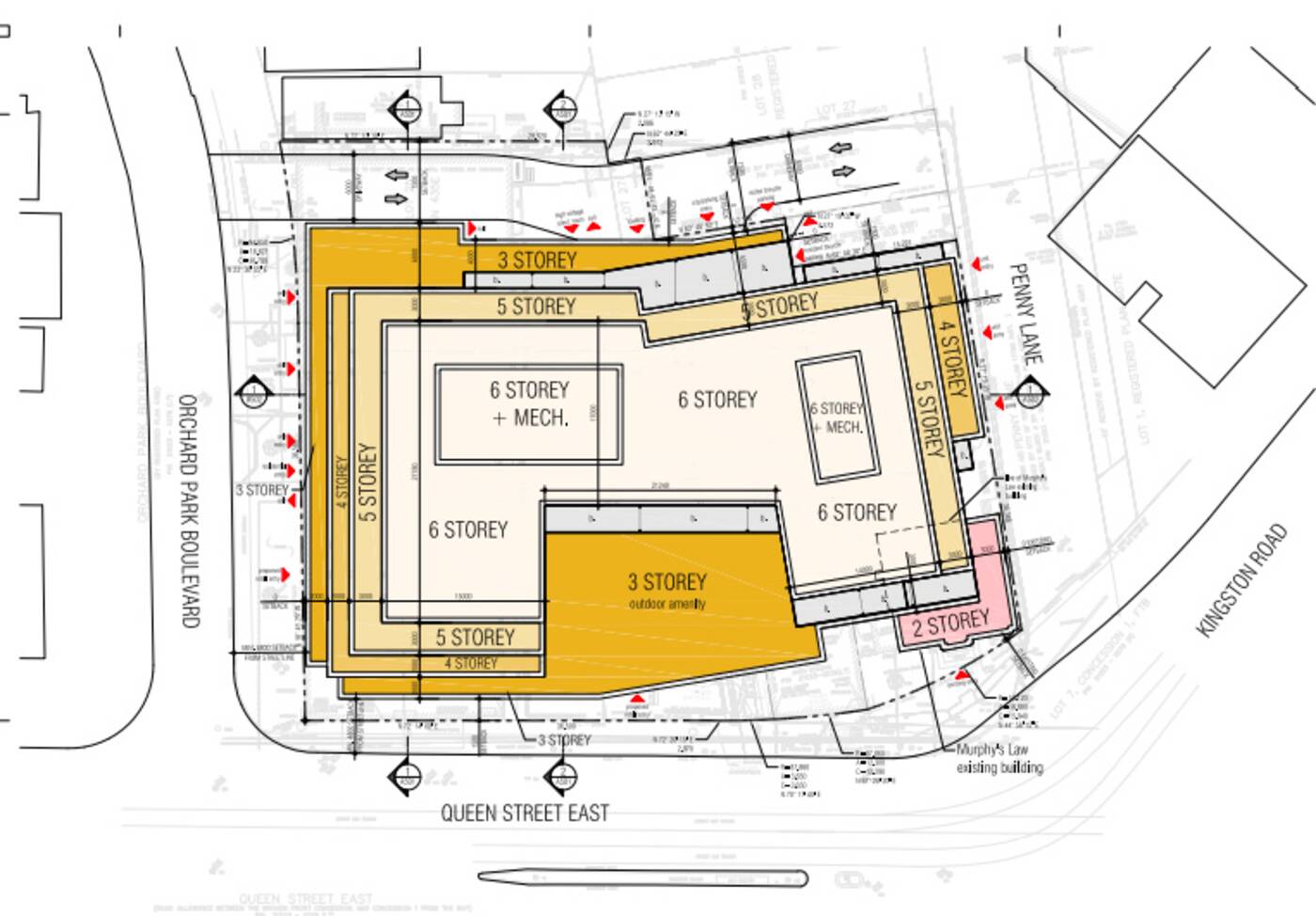 Rendering of a proposed new building at Queen East and Kingston Road in Toronto by Graziani & Corazza Architects Inc., via City of Toronto development application.

None of the buildings on this lot are designated to be of historical significance, meaning that developers could raze entire area and build fresh, if they wanted to.

Architectural renderings indeed show an entirely new build, but with the facade of Murphy's Law retained as an entrance point.

The building containing Brett's Ice Cream, the hip artisanal dessert shop with cake batter cones, will be destroyed, however, if the development is approved — though the business could theoretically retain its location after the build is done.

Bousfield's is proposing 11,338-square-feet of retail space for the ground floor of this development, as well as 85 underground parking spaces, making for an ideal high-traffic store location. 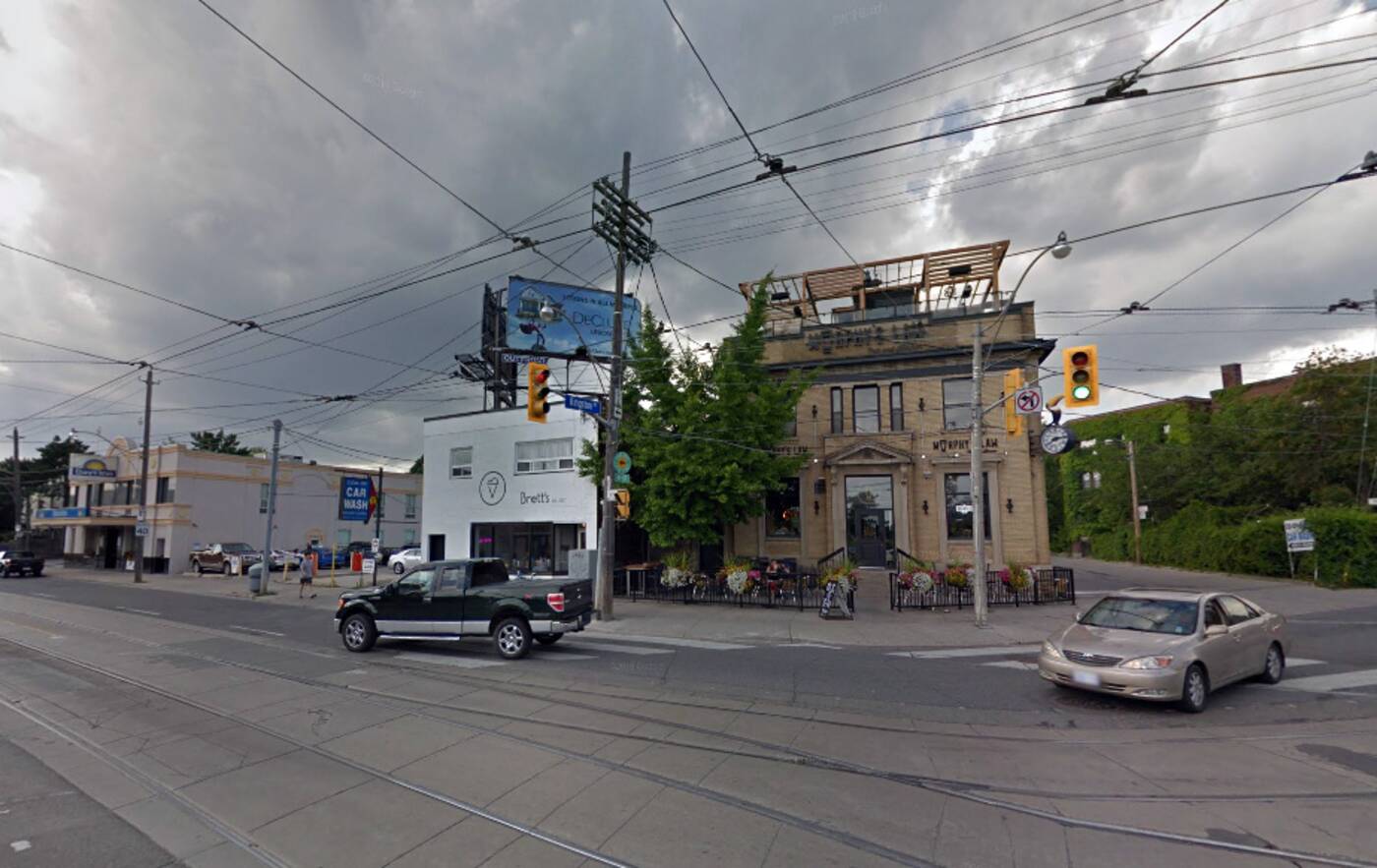 The corner of Queen and Kingston as it appears now. If a recently-filed development application is approved, a six-storey mixed-use building would replace almost everything in this photo. Image via Google Maps.

Reaction to the plans among neighbourhood residents has been mixed. Some people are happy to see the land being put to better use, while others are loathe to welcome any more condos to the area.

"One day all the smaller buildings will be gone and it will look like one huge slab of concrete," wrote one commenter of the proposed development in a Leslieville-specific Facebook group.

"Before you get upset, this is what the area looks like: A generic square industrial building, an ugly industrial car wash and a super ugly hotel," wrote another.

"Super low density in a prime location," wrote another still. "This was inevitable."