U of T's main campus is getting a makeover

The University of Toronto has already undergone some recent renovations, and now a major construction project will make its main campus greener, more walkable and more accessible.

The Landmark Project, a plan to renew 35,000 square metres of green space in the heart of the St. George campus, originally launched in 2015, but now it's finally coming to life. 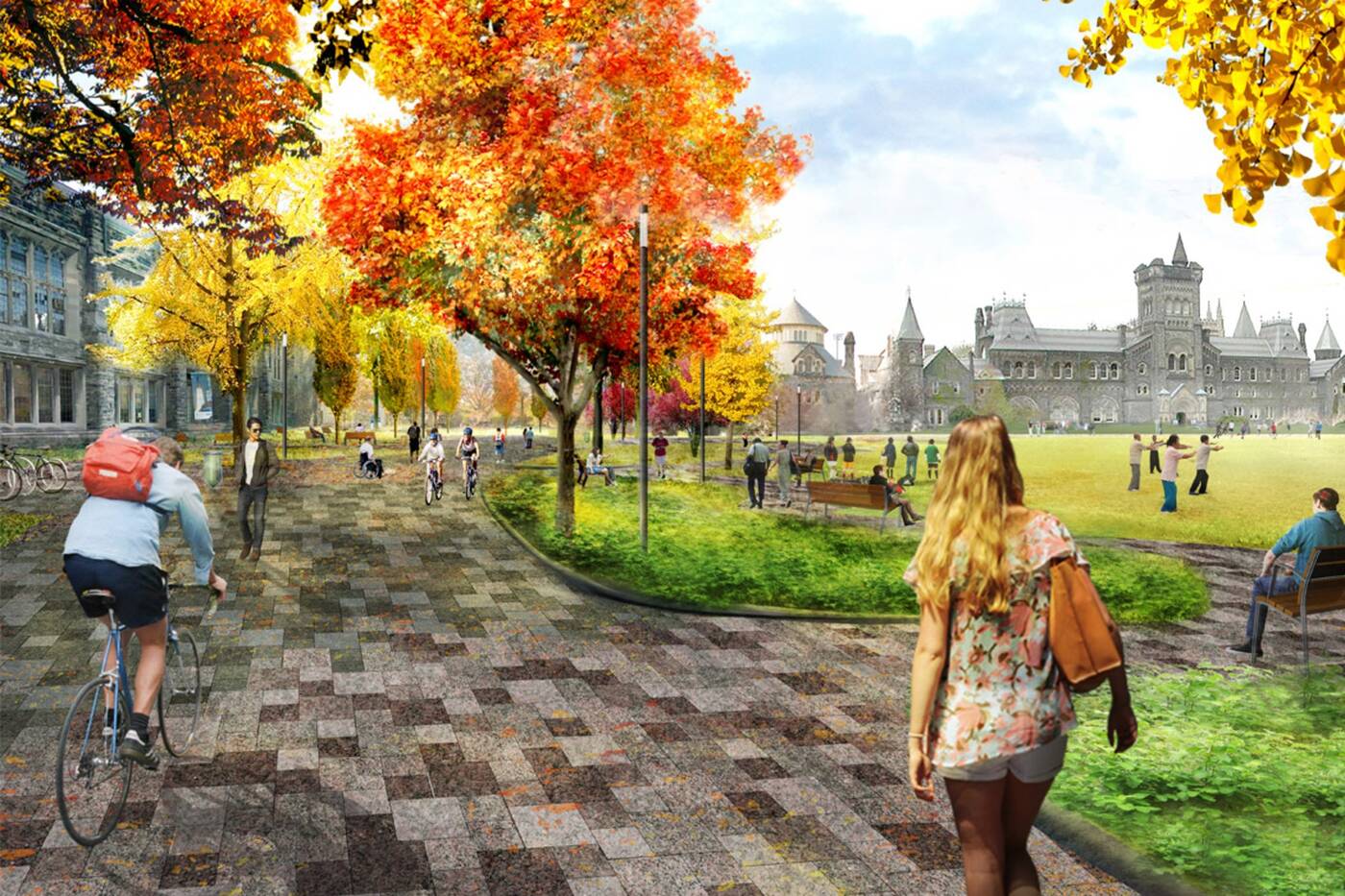 Some of the most notable changes that'll come from the project include the planting of more than 200 new trees and gardens around King's College Circle and Hart House Circle, the replacement of existing roads and sidewalks with shared roads and pathways as well as prioritizing pedestrians and cyclists. 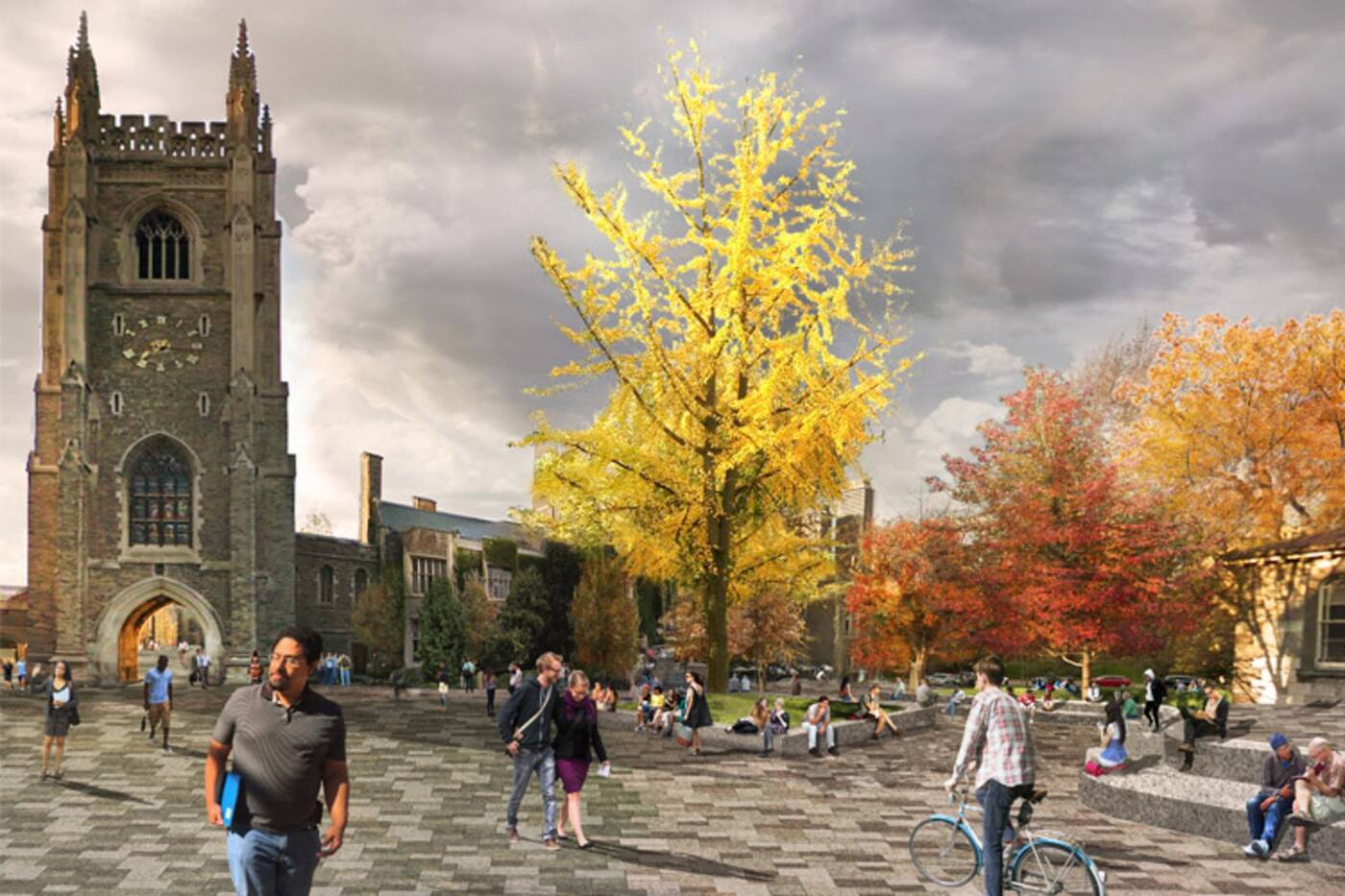 U of T recently received a $100,000 grant from the Toronto Parks and Trees Foundation, with funding from the city of Toronto, helping them get closer to making this project a reality.

Construction on the project is set to begin in the spring of 2020, according to U of T News, and it'll take place on the Front Campus, Back Campus, King's College Circle, Hart House Circle and Sir Daniel Wilson Quad.

Beyond tree planting, the project will see street parking replaced by granite paths and green spaces.

An underground parking garage with spaces for 263 vehicles and 88 bicycles will be built to replace street parking and accommodate cars. 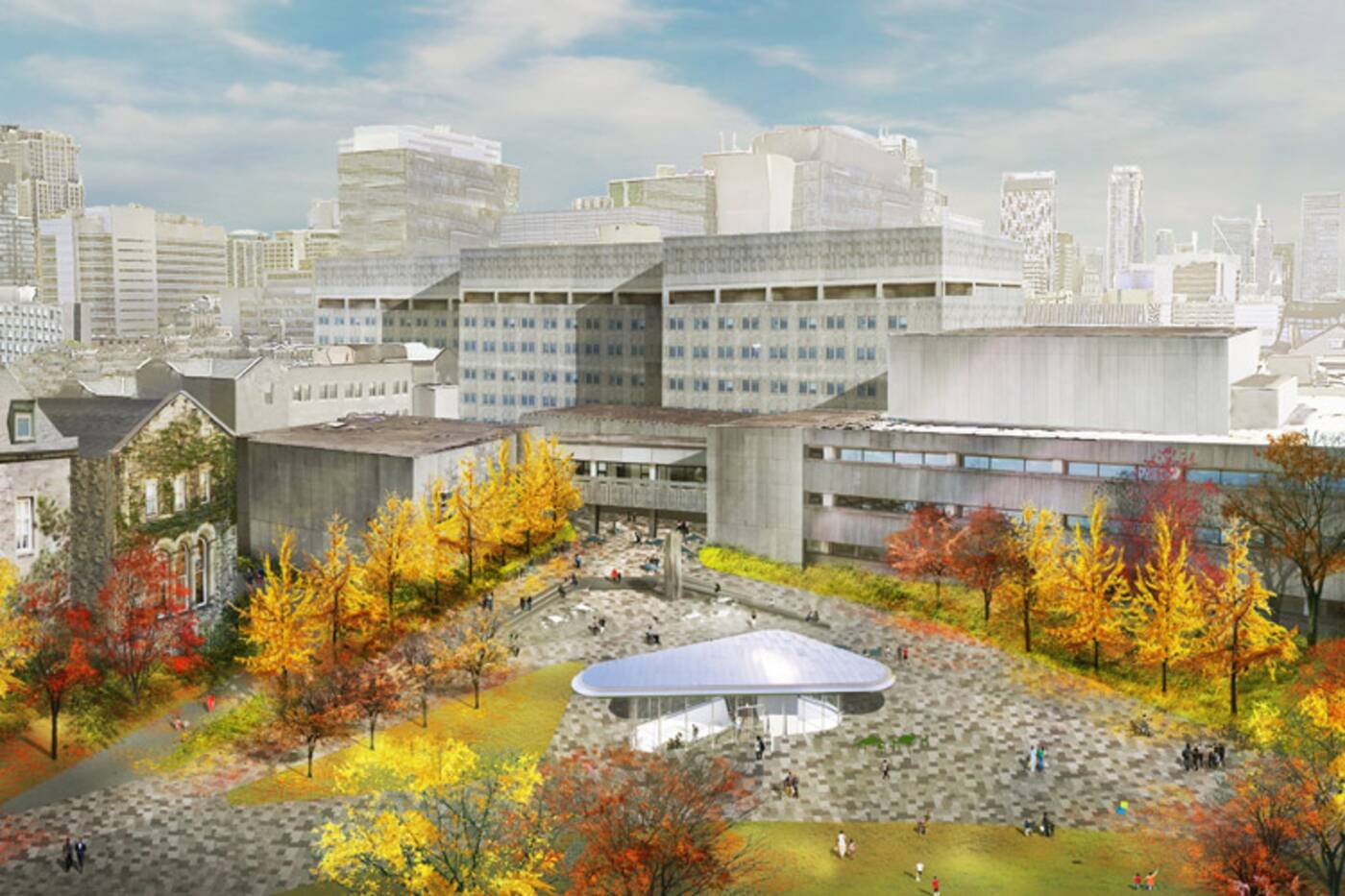 The plan also includes an Indigenous landscape project, which is part of the university's response to the Truth and Reconciliation Commission of Canada.

On top of all this, the project aims to save 15,000 tonnes of greenhouse gas emissions a year by installing a huge urban geothermal field below Front Campus. 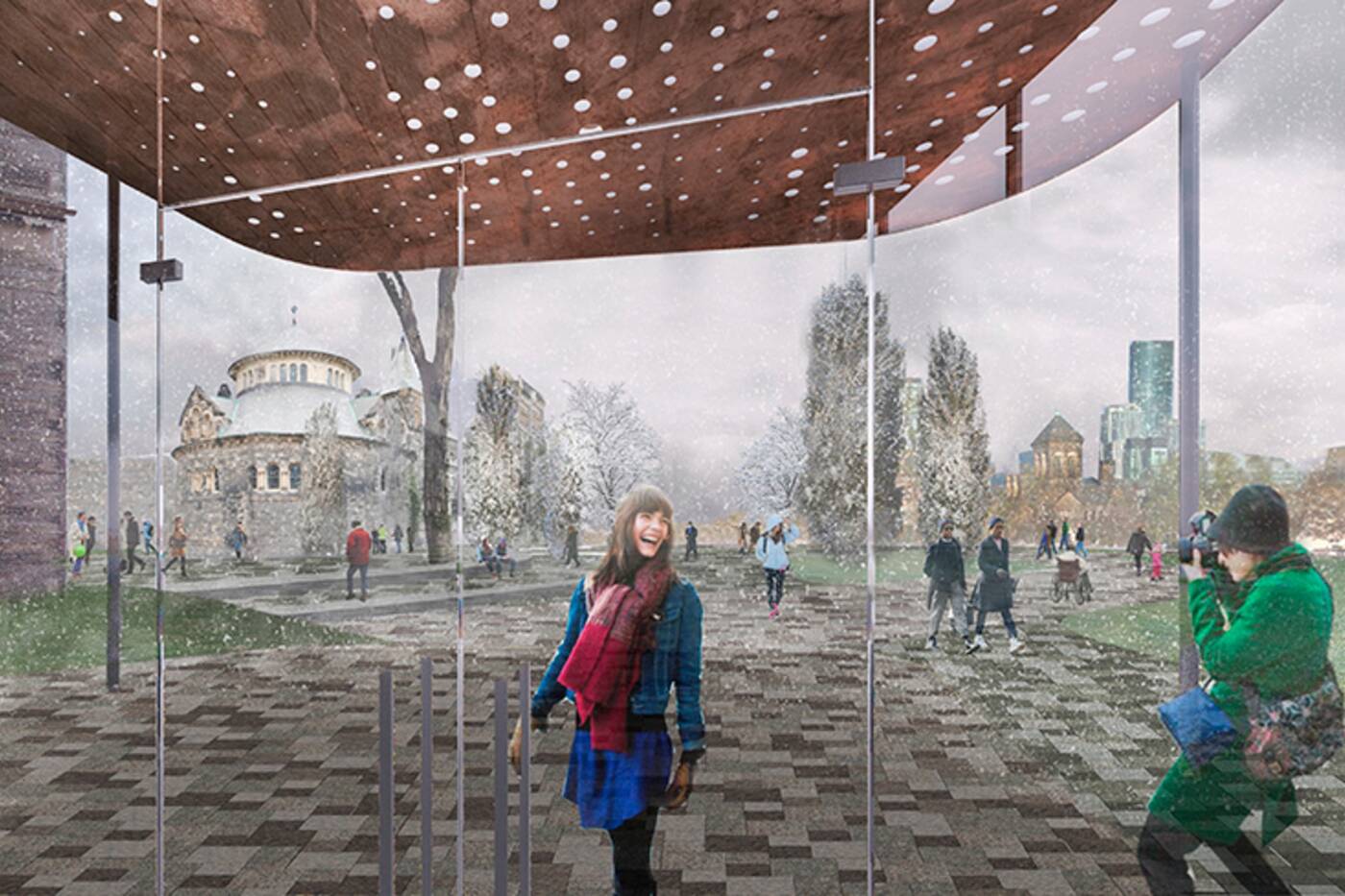 In order to improve accessibility, some stairs and ramps will also be replaced.

"Putting students at the centre of what we do on campus really lives up to what U of T believes in when it comes to education," Donald Ainslie, principal of University College and co-chair of the Landmark Project, told U of T News.

"The Landmark Project will make our campus reflect that core value."