In the former Trump building, now called the St. Regis, is this massive 2,228-square-foot condo. 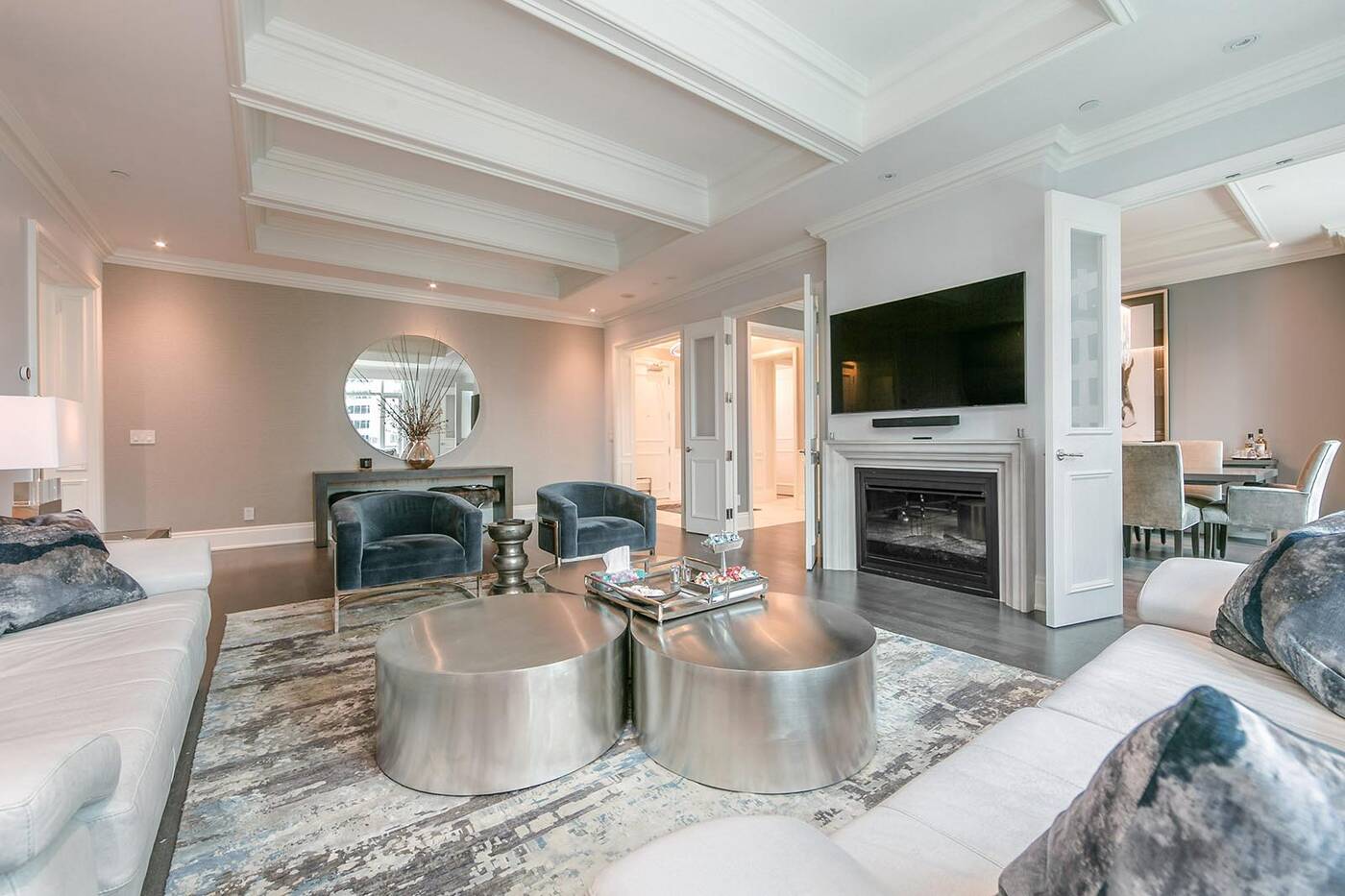 With coffered ceilings, huge windows and high ceilings, this place is the height of luxury. There’s also a fireplace in the living room and dining room, which is a nice touch. 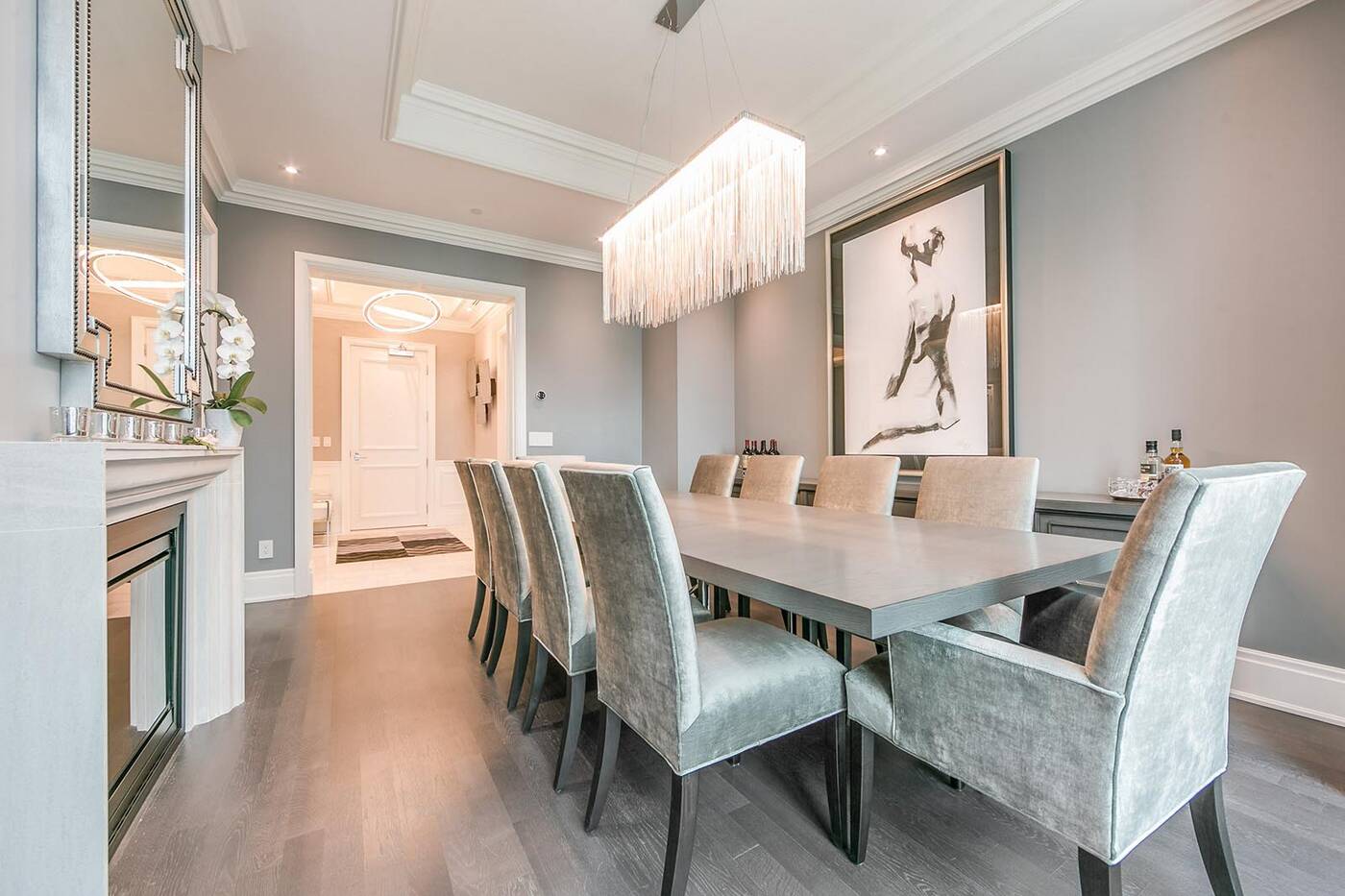 Unlike most places, this condo isn’t open concept. While all the principal rooms are joined, there is very much a distinction of spaces. 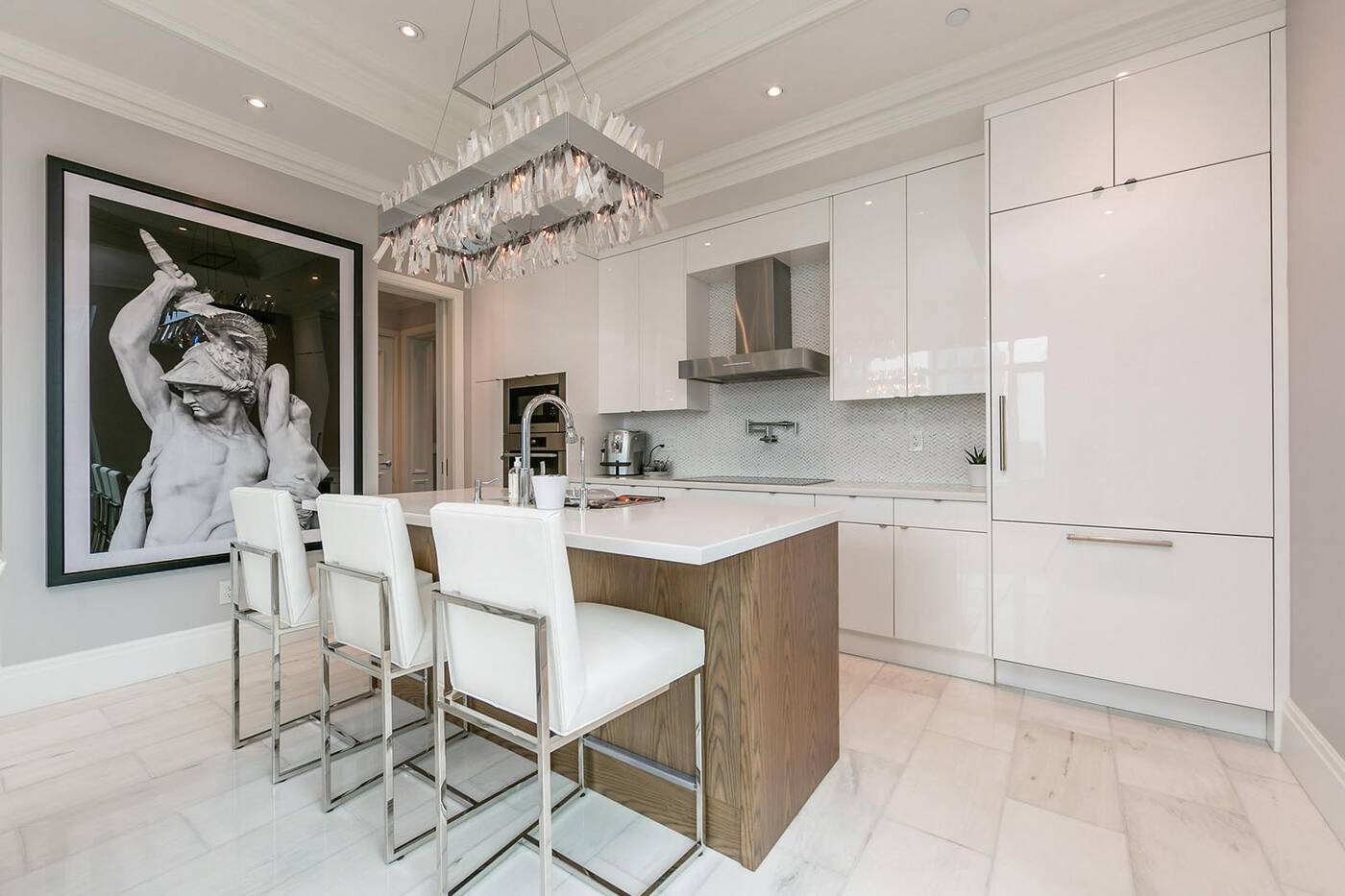 The kitchen is glossy and modern. 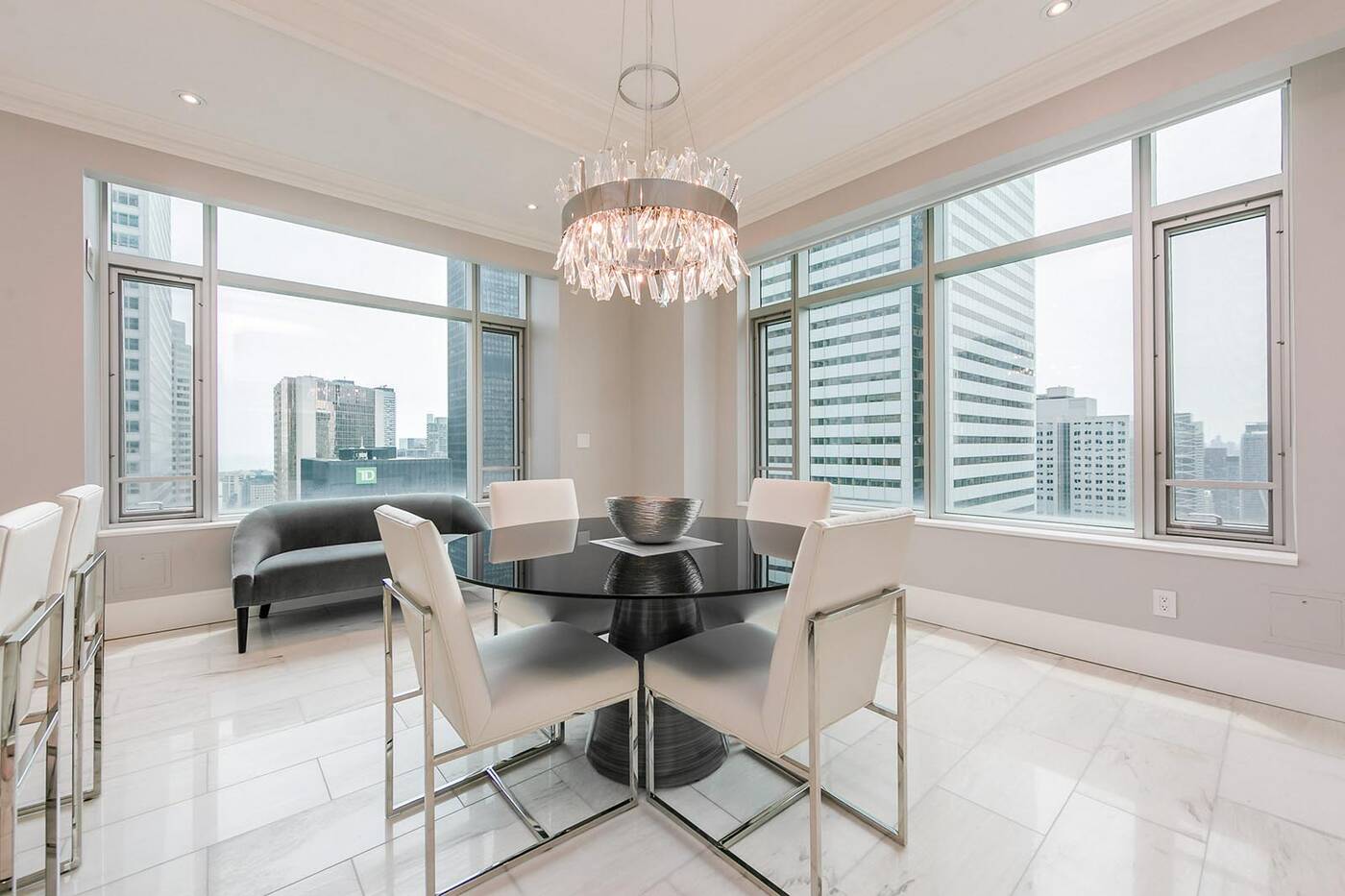 It also has enough space to be an eat-in kitchen, which is a rare luxury in the city's ever-shrinking condos. 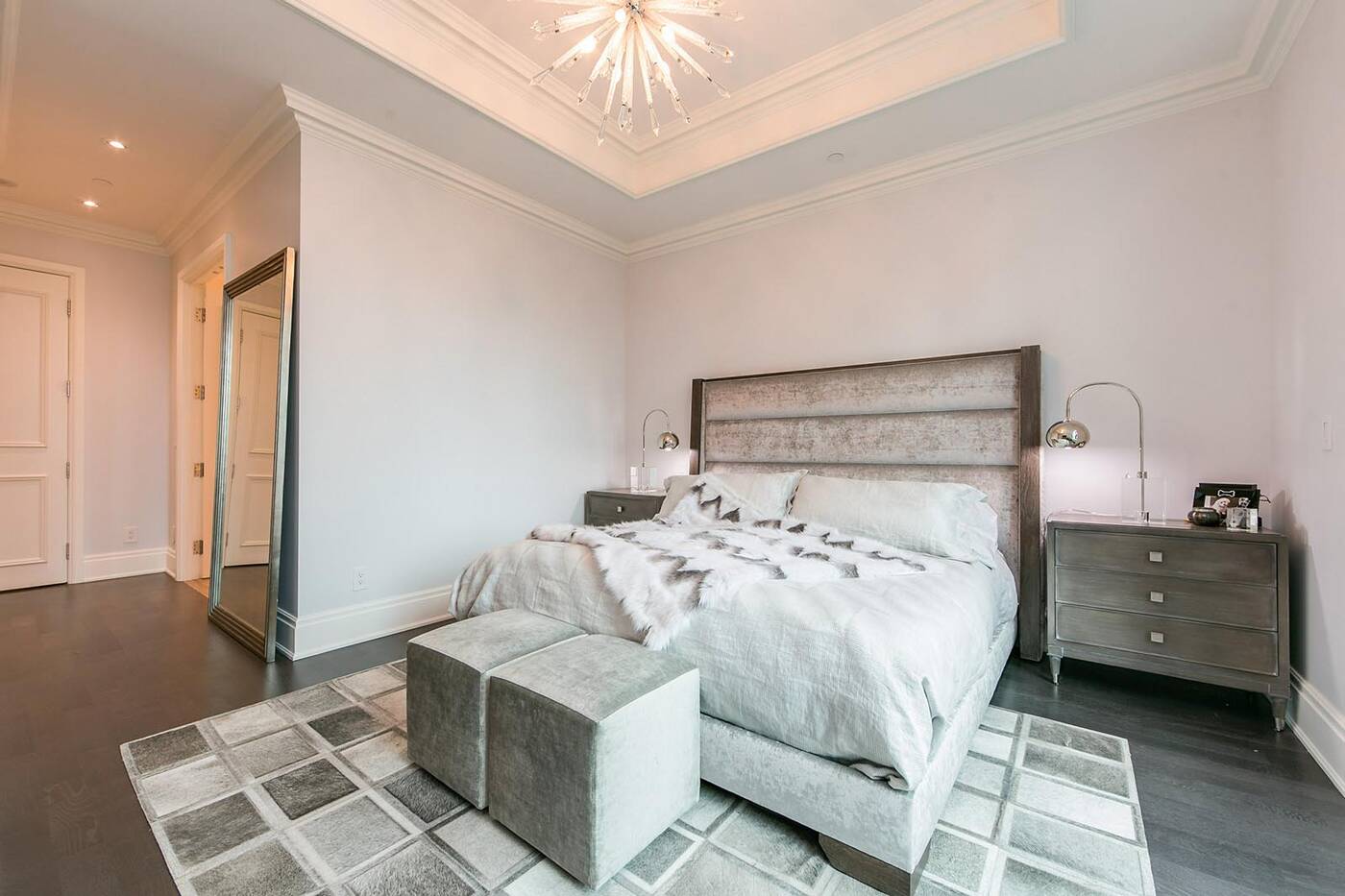 There are two bedrooms, each with their own en suite. They’re pretty standard as far as bedrooms go. But they’re spacious and bright. 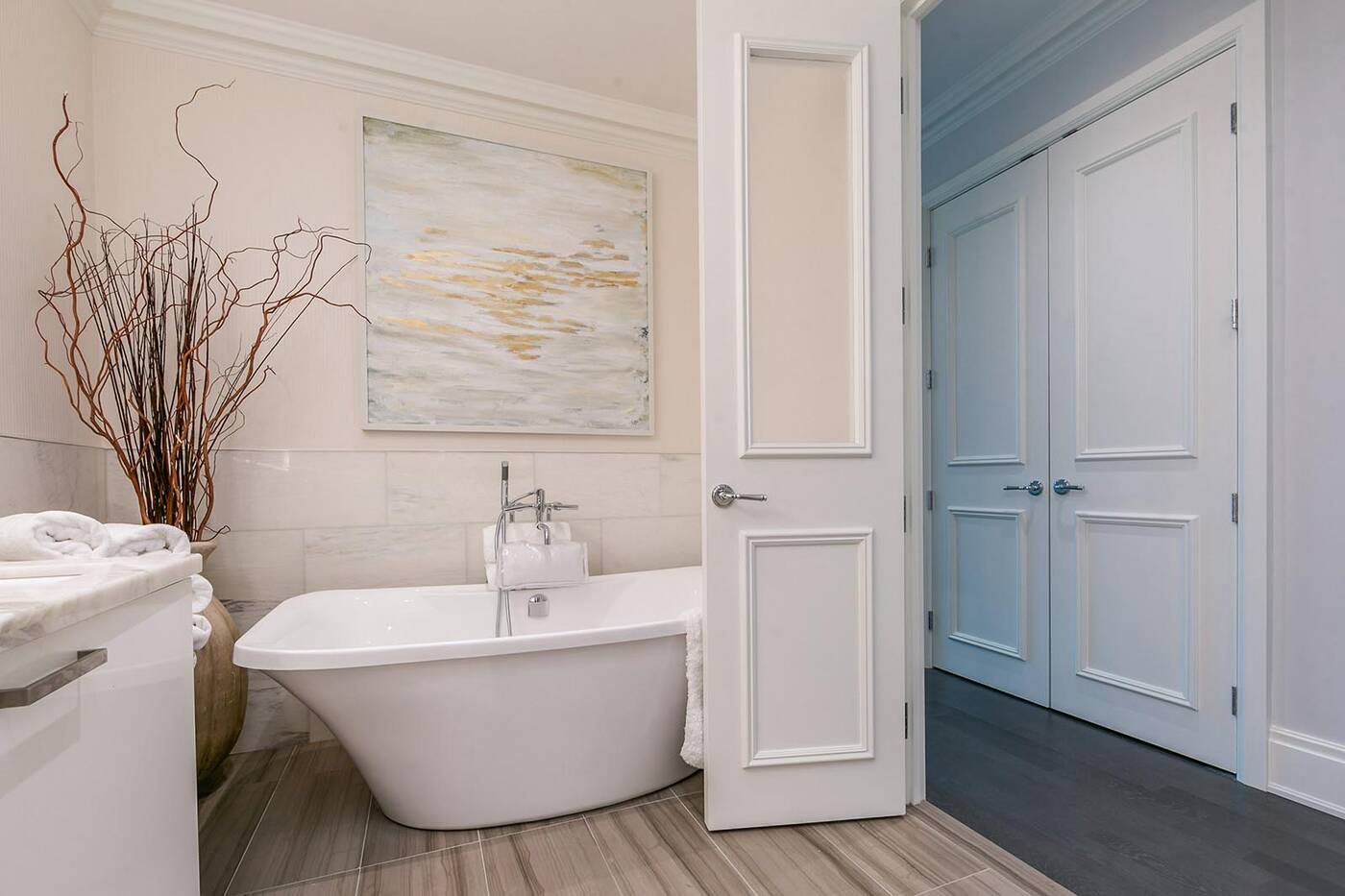 The master en suite has a deep soaker tub and dual sinks. 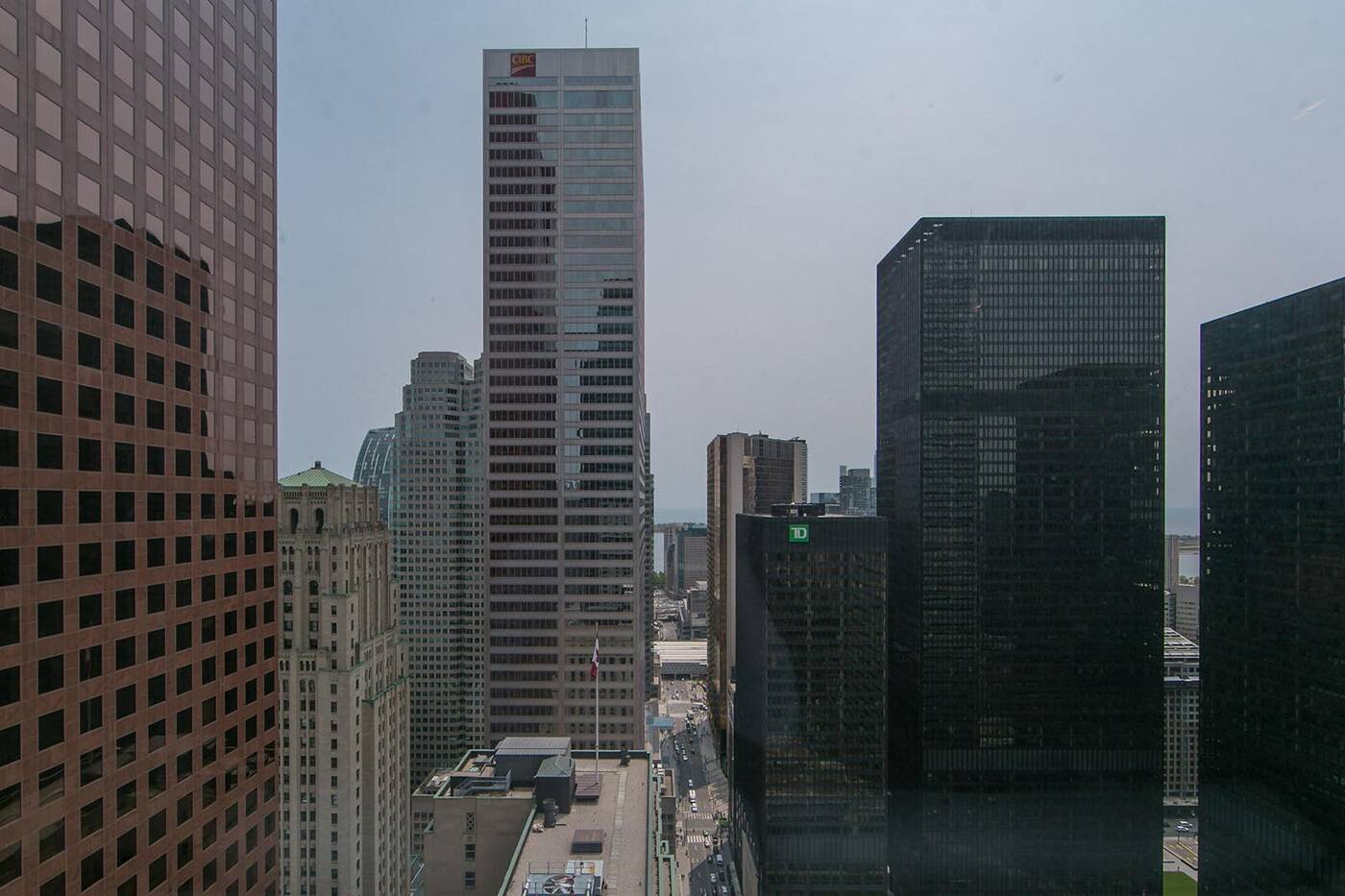 Unfortunately there’s no outdoor space. This unit doesn’t even have a balcony, which is kind of a let down considering the asking price. 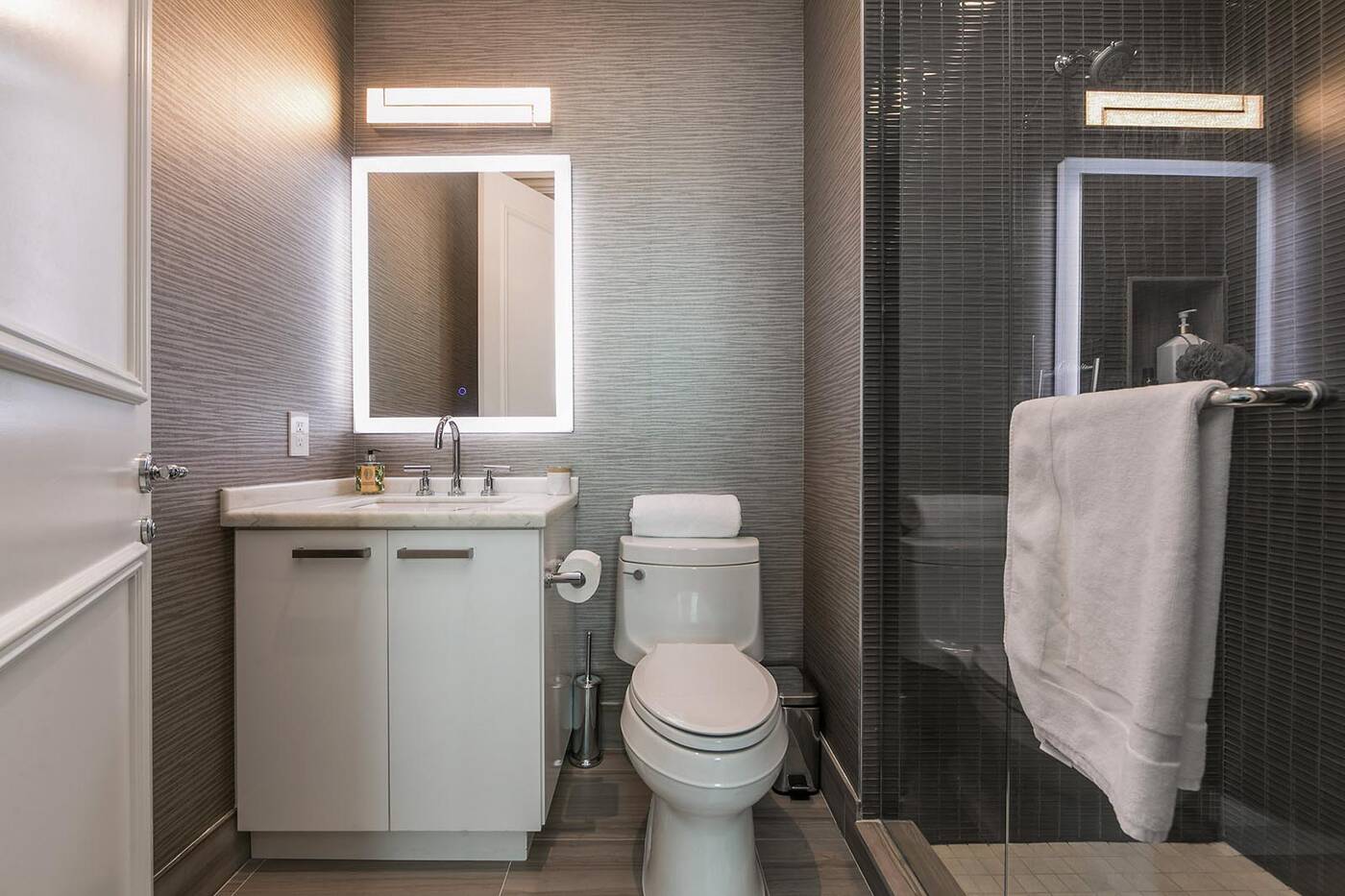 Building amenities. On top of the indoor pool, party room, gym, guest suites, and more, there’s also a car service is available (for a fee), the Louix Louis, which is situated on the 31st floor of the building and last but not least, residents also have access to the hotel’s spa and cocktail lounge. 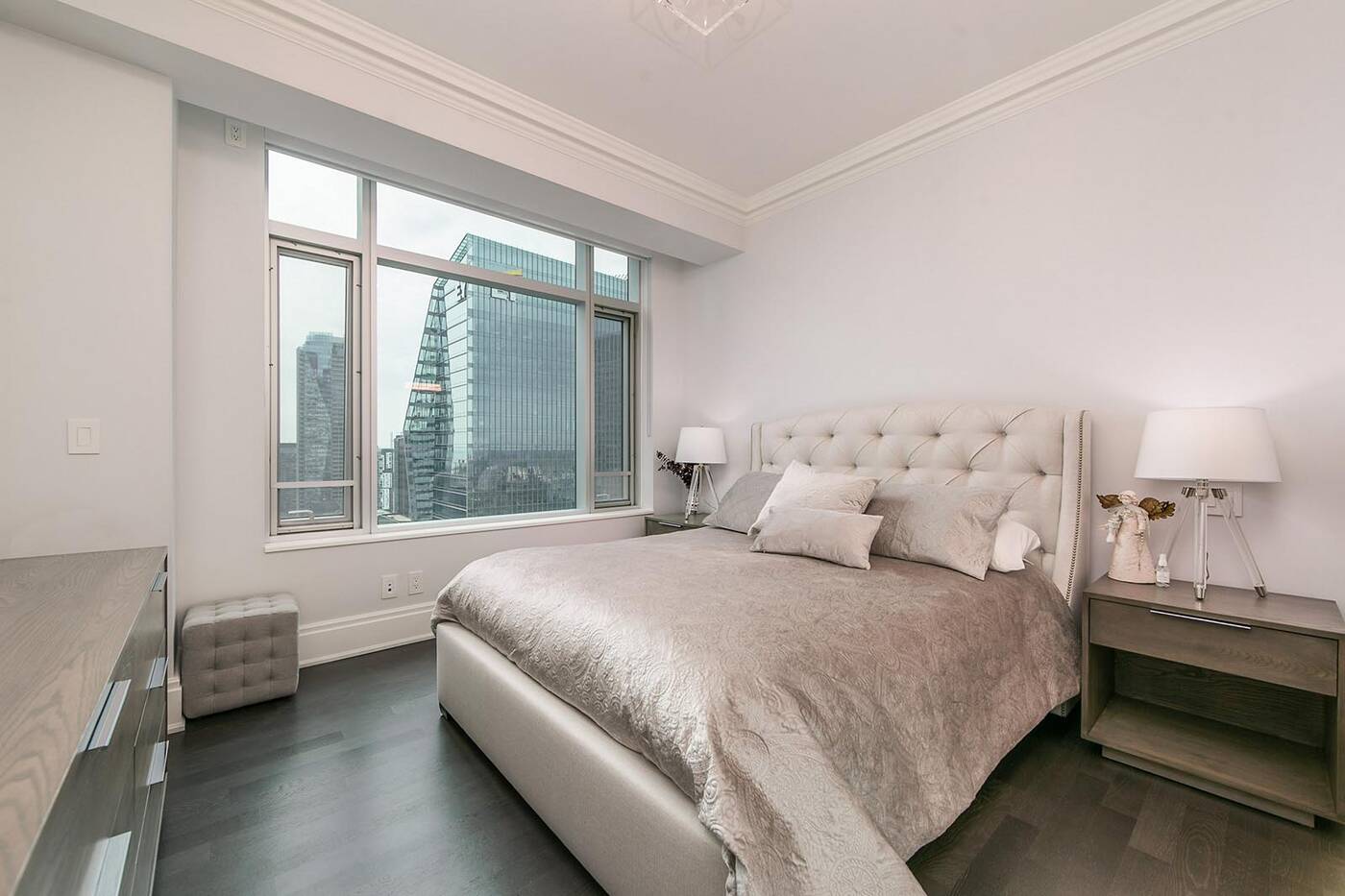 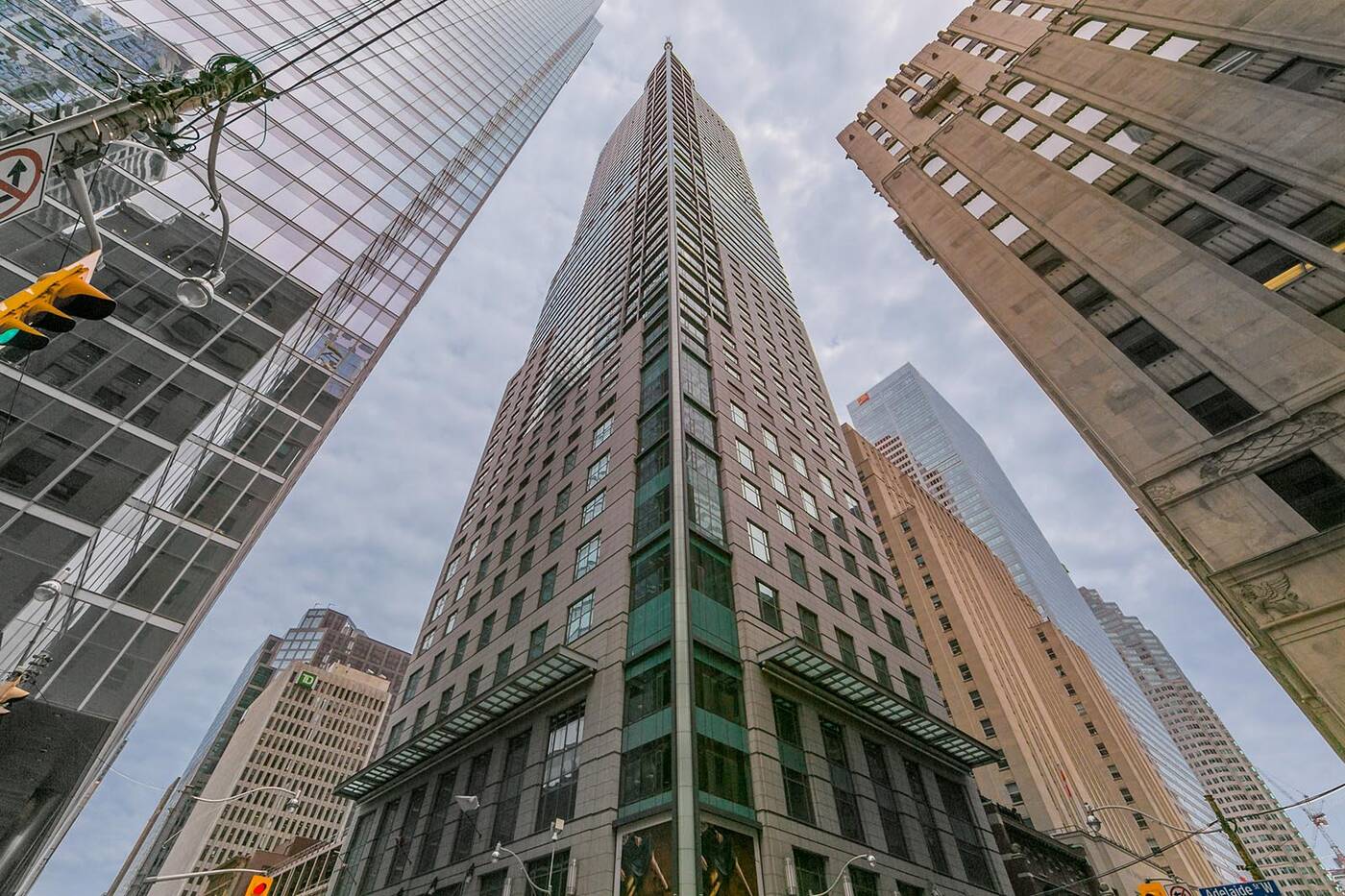