The notoriously condo-averse community of Kensington Market appears to be slated for a new residential development on the site of what used to be Toronto's favourite place to purchase meat with wings.

Impressions Group, a prolific GTA developer, just launched a page on its website for something it's calling a "Kensington Market Redevelopment" near Dundas Street West and Spadina Avenue.

The exact address of the seven-storey building shown on that page would be 17 St. Andrew Street — home of the old St. Andrew Poultry Store, which closed down in 2015 after more than 50 years in business. 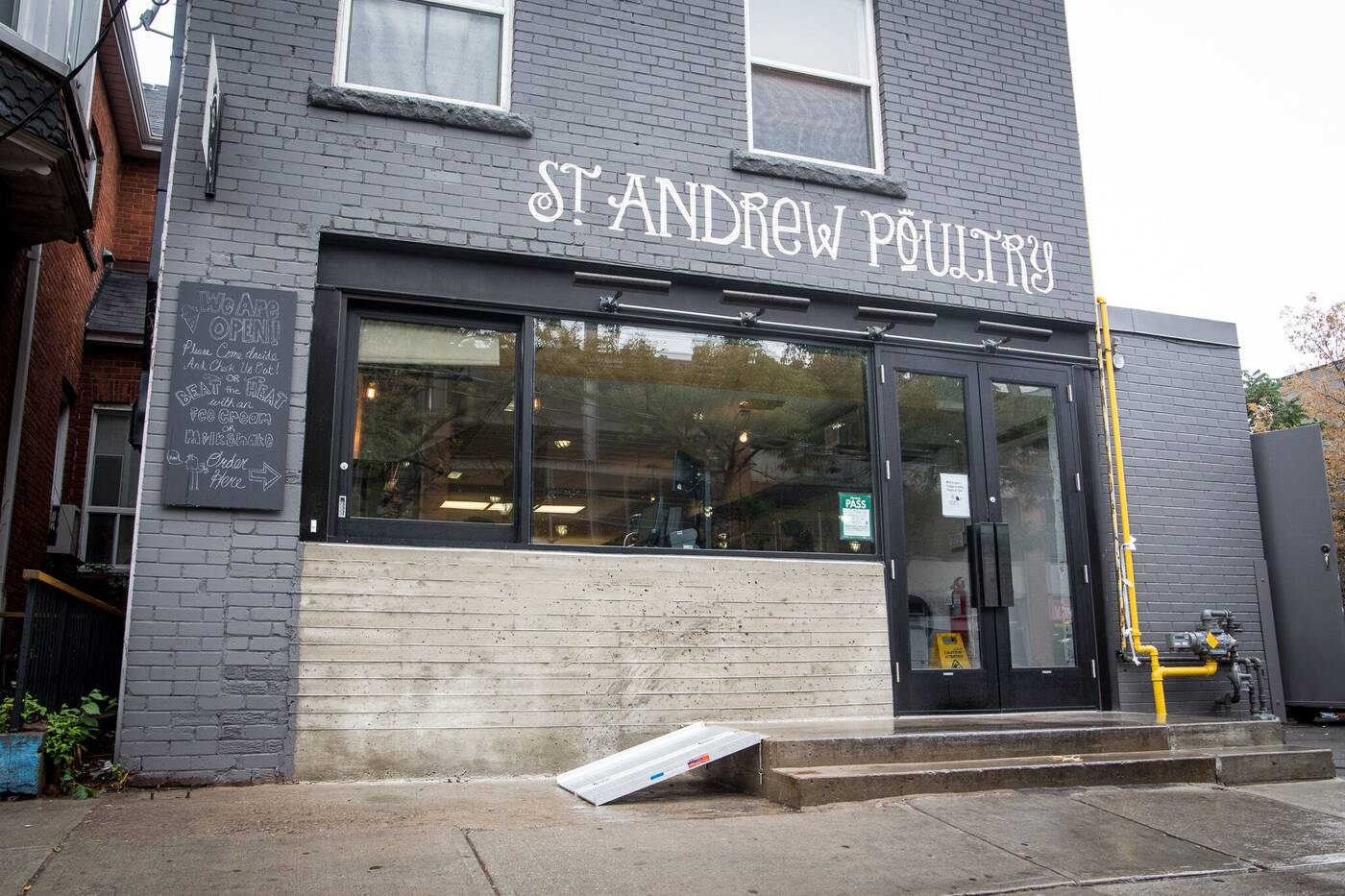 St. Andrew Poultry, which opened in Toronto's Kensington Market around 1962, closed down for good back in 2015. Photo by Jesse Milns.

Little is known about the redevelopment at this point, as a development application hasn't even yet been filed with the city.

A rendering of the development on Impressions Group's website, however, shows a quirky design by SvN Architects, fitting of the neighbourhood's unique character. 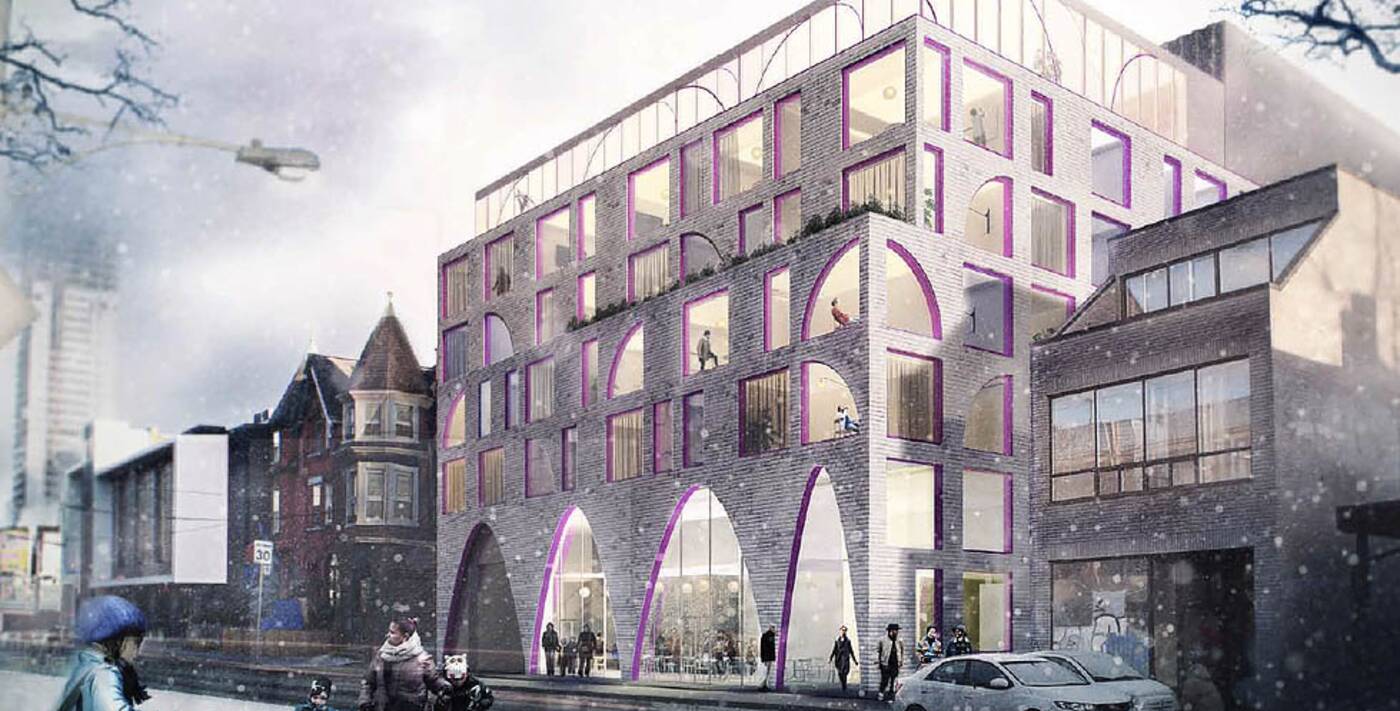 A development for the show-stopping new building has yet to be formally submitted to the city. Image via Impressions Group.

If built as seen, the residential development would feature high archways with alternating square and rounded cutouts throughout. Bright pink accents would accentuate the windows and doors and there appears to be some sort of rooftop atrium involved.

All we know for sure right now is that it would replace the former home of St. Andrew as well as an adjacent surface parking lot.

Aside from that, Impressions say simply that it's "coming soon."