One of Toronto's most iconic addresses will soon spawn a new, even fancier version of its former self with the rise of Yorkville's redeveloped Park Hyatt hotel and residences.

Currently under construction, the hotel and luxury rental apartment complex at 2 Avenue Rd. is scheduled to reopen early in 2020 as a "fully modernized" two-tower landmark with "high-end retail and restaurant options" throughout. 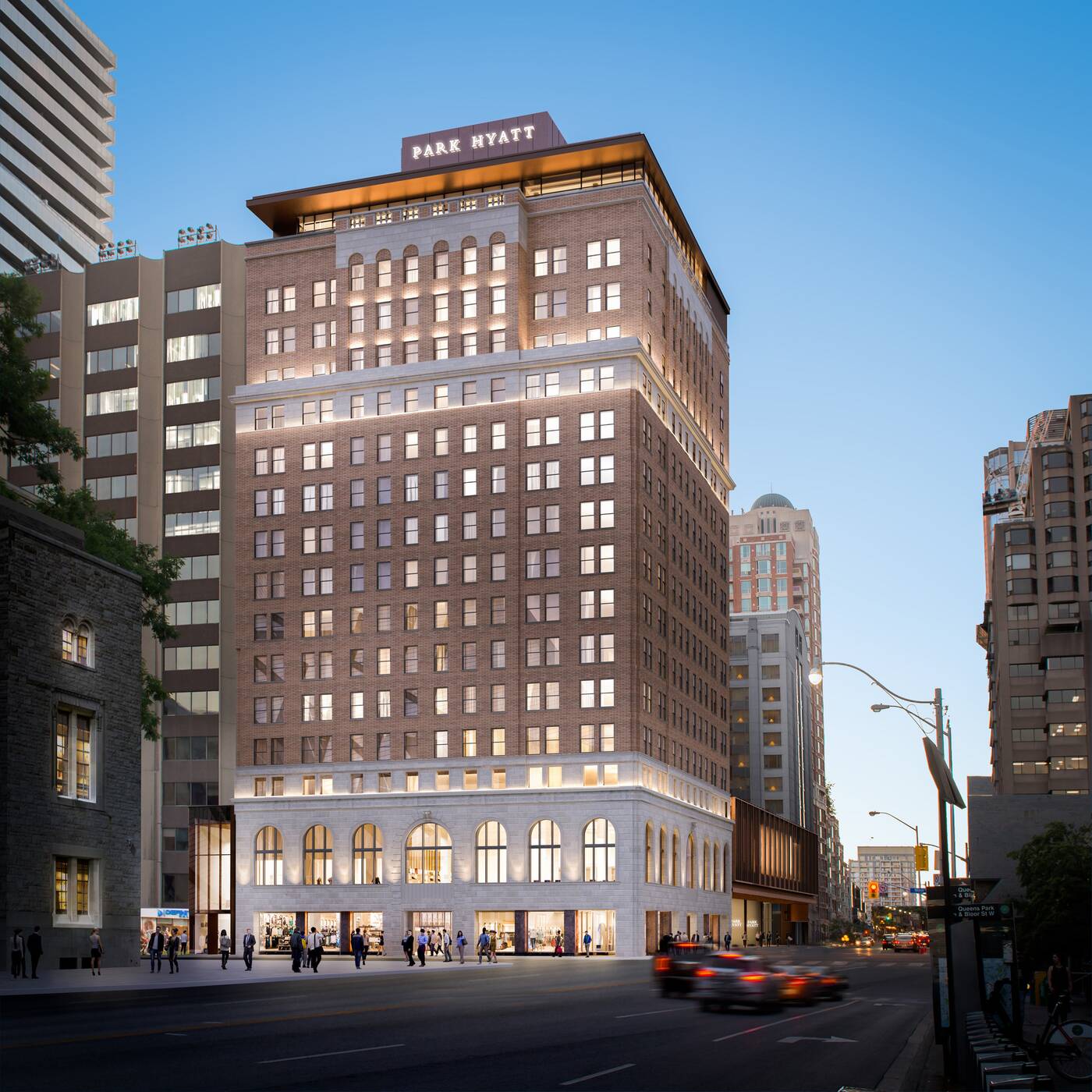 Oxford Properties Group, which unveiled new renderings for the restoration project on Tuesday, revealed that the recently-demolished podium connecting the complex's north and south towers is set to be replaced by one banger of a KPMB-designed events venue.

The "expanded multi-level podium" will house everything from a "premium-upscale 10,000 square foot restaurant with a roof deck overlooking Yorkville" to a 600-person capacity ballroom.

Another 14,000 square feet has been designated for meeting and event space within the structure. 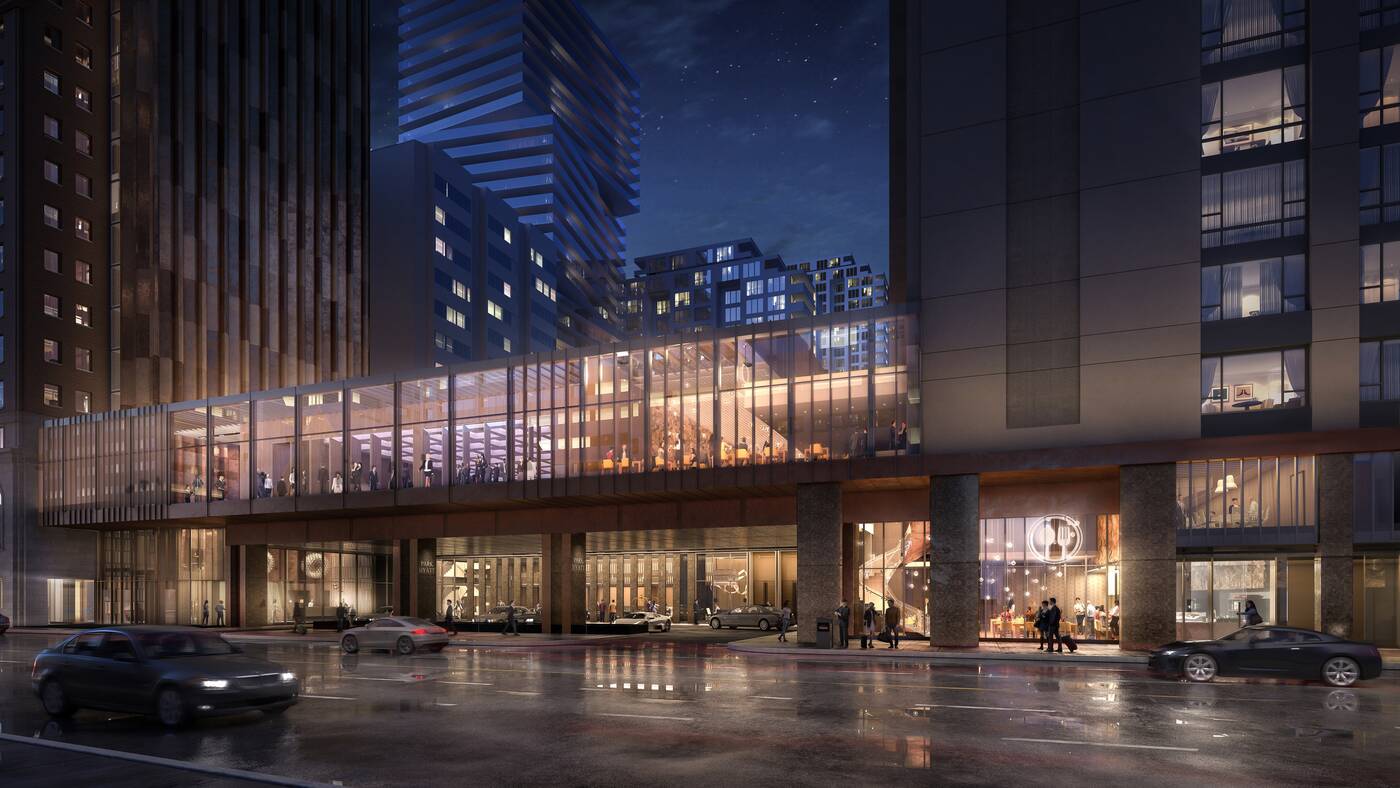 Developers plan to create 65 luxury rental apartments within the site's south tower, along with 20,000 square feet of retail space across two open floors to offer tenants "30-foot clear heights with a mezzanine level."

"The heritage-designated South Tower will be completely retained and restored, making it the first high-rise in Toronto to be totally retained in an adaptive re-use project, preserving it for generations to come," reads a release from Oxford. 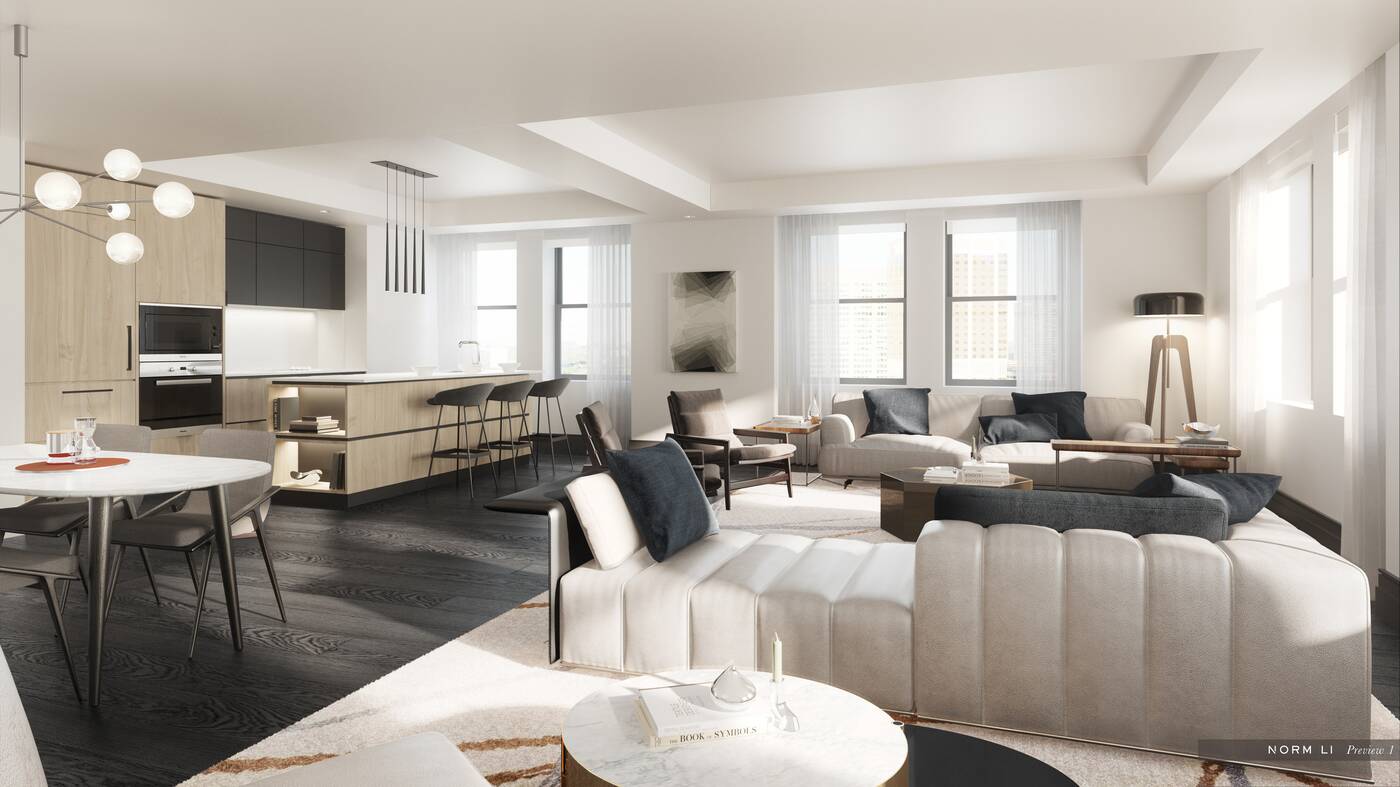 Residents of the apartments will have access to 24-hour concierge service, the Park Hyatt's fitness centre and "al fresco dining on the 2,500 square-foot outdoor terrace outfitted with an adjoining luxury kitchen."

A 219-room luxury Park Hyatt hotel with a presidential suite and two multi-level suites will live within the north tower, along with an 8,000-square-foot spa with 13 treatment rooms, among other amenities.

Stylistically, the complex's interiors are said to be inspired by nature and feature "local Canadian materials throughout."

"The essence of Canada's landscapes and diverse seasons are modernized throughout every area and enhance the guest's journey as they move from public spaces to intimate guestrooms and residences," said Alessandro Munge of Studio Munge, which is designing the interiors.

"Bespoke details such as carpet designs informed by autumn leaves, and Canadian-stone performing as expressive accents honour what the country has given to us."

As for the legendary Park Hyatt rooftop lounge, that'll be restored too.

"Residents of Two Avenue Road and guests of Park Hyatt Toronto will enjoy the unique opportunity of having one of Toronto's most famed bars in their building, with the hotel's newly renovated rooftop lounge reopening atop the heritage South Tower," reads the release. 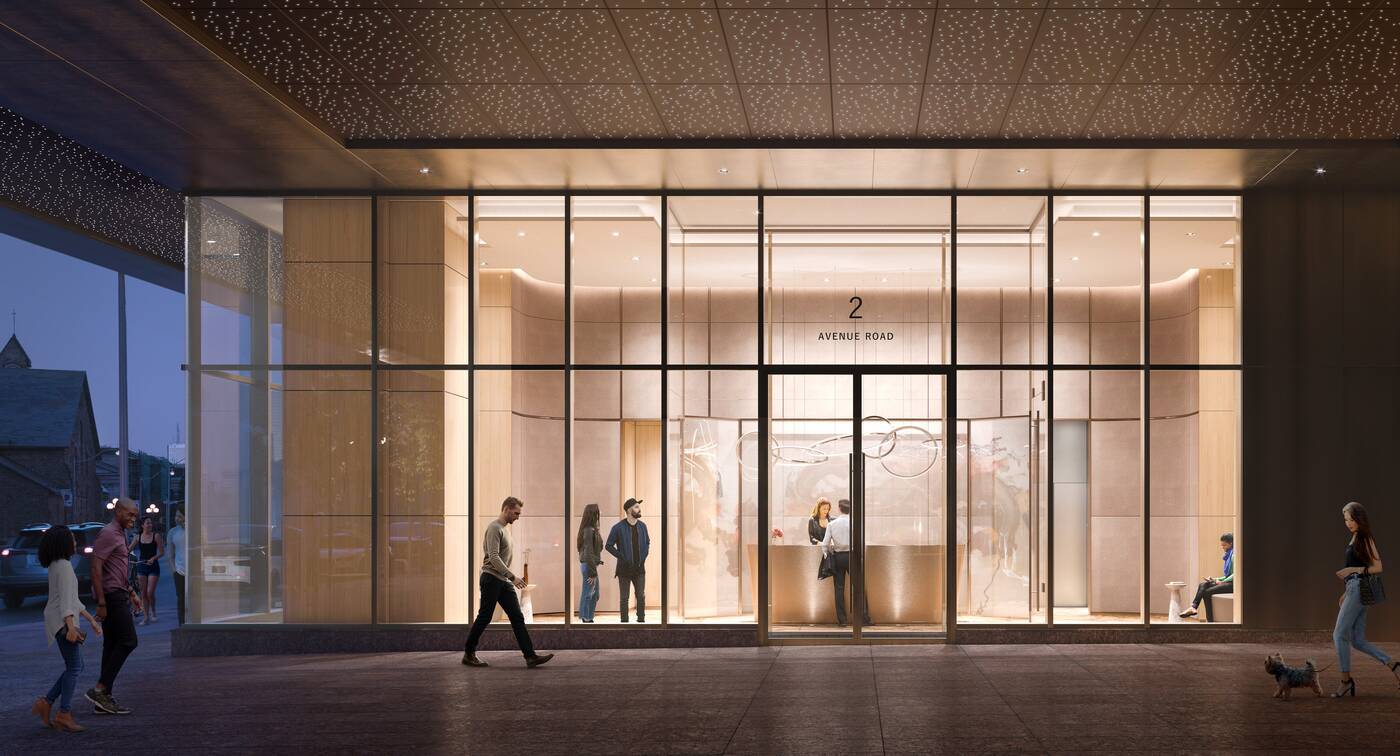 "Long considered a Toronto institution, the new lounge increased outdoor patio space, restoring it to its size prior to its 1990 redesign."

Bring it on, Park Hyatt. The people of Toronto and everyone visiting for TIFF will be thrilled to get those views back.