Toronto's favourite derelict pink building will soon be no more, and people aren't happy about what's going to replace it.

It's long been known that the near 130-year-old Palace Arms rooming house at King Street and Strachan Avenue will likely make way for a 16-storey residential building soon.

Sweeny&Co Architects originally submitted renderings last year of the mixed-use building that will go on top of the old Palace Arms at 950 King Street West.

Constructed in 1890, the Romanesque Revival building that was also once home to the Palace Tavern has been a rooming house for men since the 1970s. 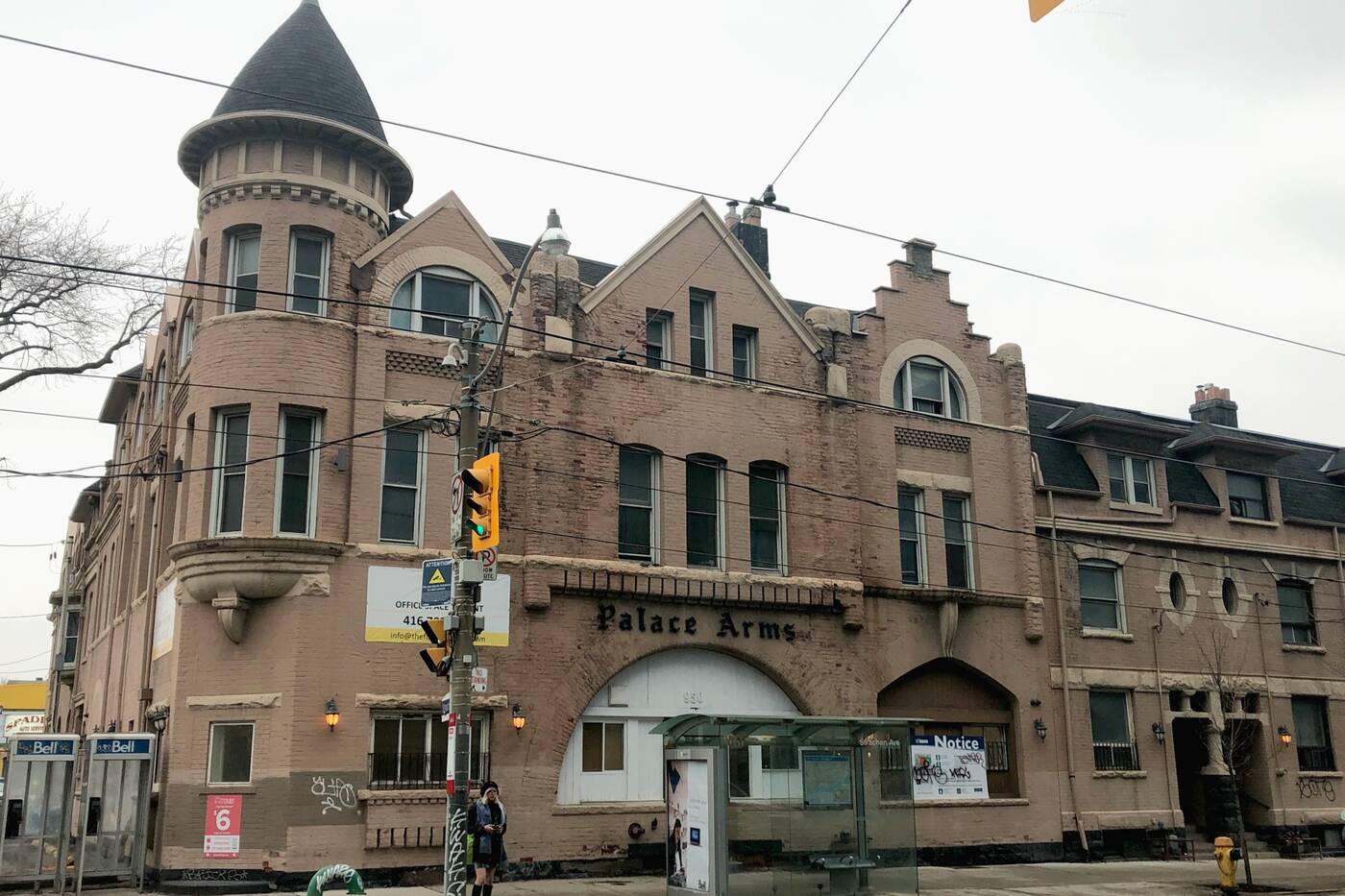 The proposed sailboat-like building will incorporate part of the exisiting building, but will also demolish an area of the rooming house—which according to the City, doesn't actually have a rooming house license—containing around 90 dwelling rooms.

The property is still home to around 14 tenants; the rest were offered compensation to leave prior to May 2017.

Councillor Joe Cressy hosted a community consultation meeting on Monday with residents of Liberty Village to discuss the development, and evidently, the neighbourhood isn't pleased with the design.

Comments have flooded the Liberty Village Residents Association (LVRA) Facebook page since Sunday, and people are definitely not mincing their words, calling the residential design "ugly" and "horrid" 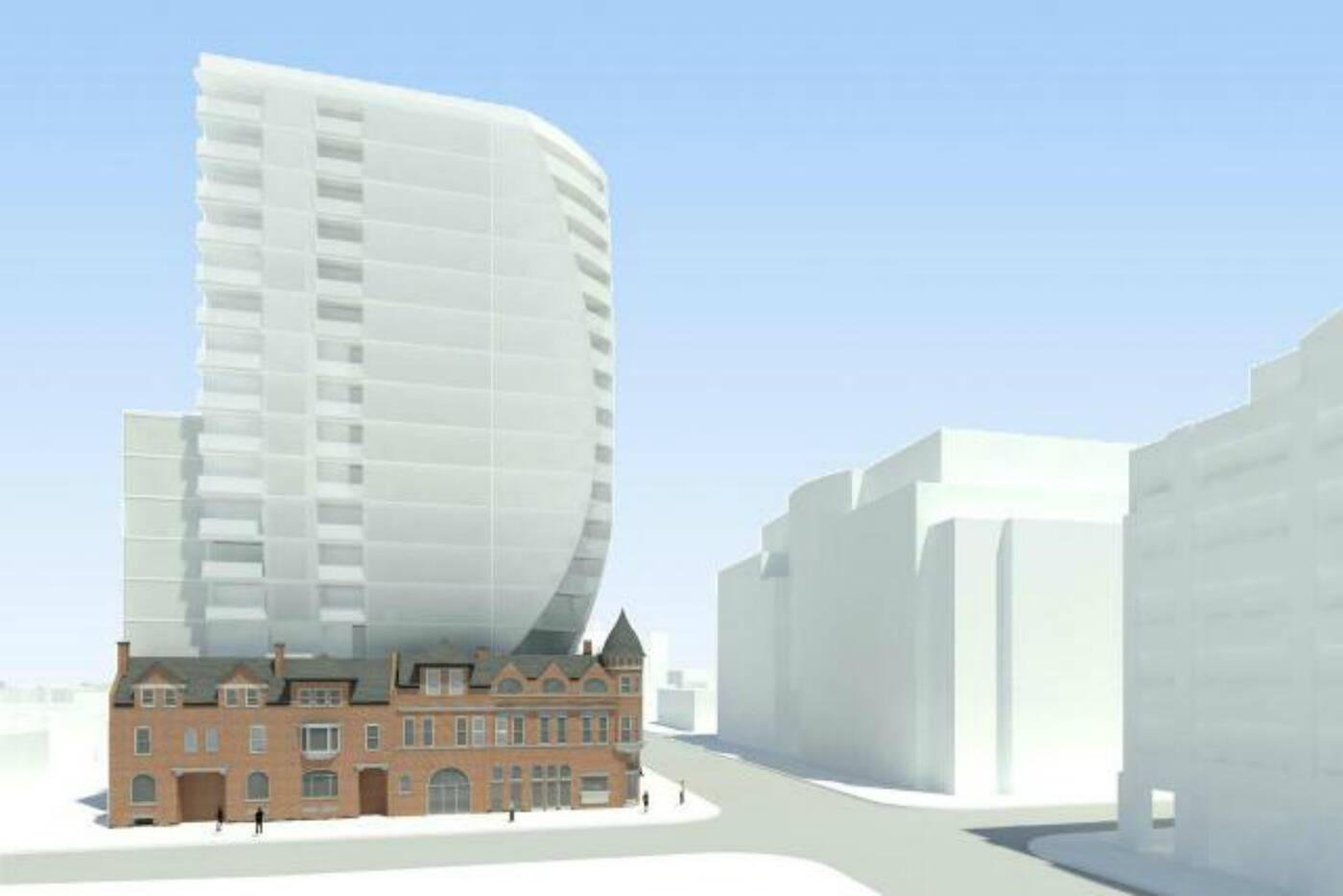 The proposal for the 16-storey building by Sweeny&Co was submitted last year. Photo by Intentional Capital / City of Toronto.

"'Hideous' is the first word that comes to mind, although it's not strong enough to describe this, whatever it is," posted one LVRA member, Justin.

"Is there any way to prevent this awful, ugly architecture from taking shape?" wrote one member Edward, while another poster Jessica described it as "an inflated growth abut [sic] to collapse [all] over the poor Palace Arms."

"I can't believe any architectural firm would put their name on this abomination," posted a member named Ted. "It doesn't even remotely reflect the historical features of Palace Arms."

Even the City wasn't fully behind the design when Sweeny&Co submitted the proposal last year.

In a staff report released in June, the City said, "Staff do not support the proposal in its current form, particularly in regard to the built form, compliance with heritage policies, and concerns over the loss of affordable housing."

Now that the consultation meeting has taken place, we can expect a final report "targeted for the second quarter of 2019"—hopefully the new design will look less like what like what LVRA member Ted poetically described as an "abomination".