This could be Toronto's home of the future

The City of Toronto's population has been exploding in recent years, ushering in an exciting, yet challenging period of growth for industries across the board.

With the number of people living downtown expected to more than double by 2041, the housing industry has been particularly busy — both when it comes to building homes (hello cranes) and in figuring out how to build as many residences as the city will need in the years ahead.

The Toronto-based architecture firm Batay-Csorba Architects (BCA) — famous for its award-winning Double Duplex project, among other works — might have a solution.

BCA recently designed architectural plans for The Globe and Mail in response to an article about how planning regulations in Toronto are limiting the amount of new housing units than can be built. 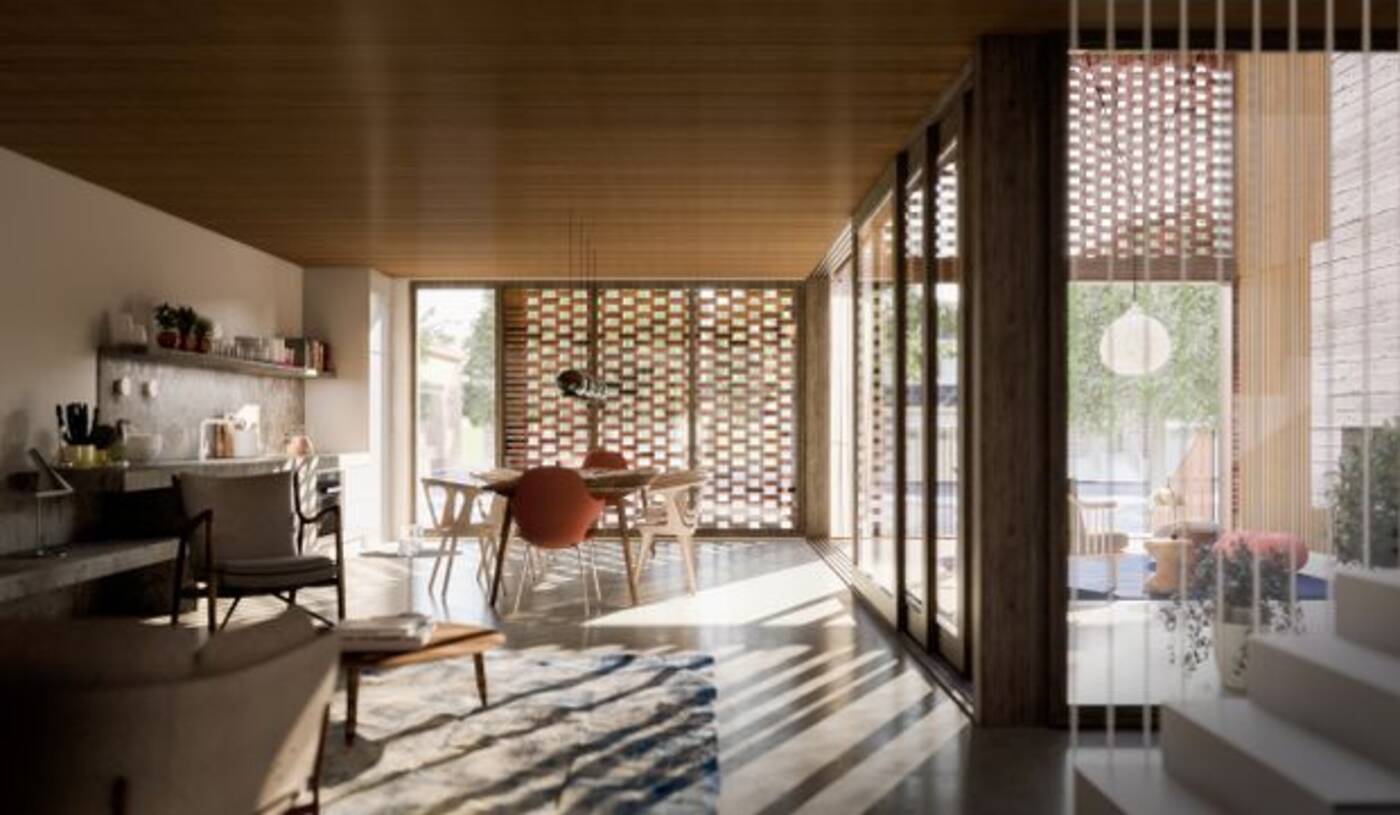 As architecture critic Alex Bozikovic explains, city planners and councillors are often opposed to the construction of low-rise apartment buildings in existing residential areas, despite the fact that this would be the most efficient way to solve our housing problem.

"So I asked BCA to try something that might be more palatable," wrote Bozikovic on Monday.

"We chose at random a site near Bloor and Christie Streets that’s currently occupied by two semi-detached houses. The challenge: to add more good-quality housing units here, while roughly maintaining the visual rhythm and scale of the street." 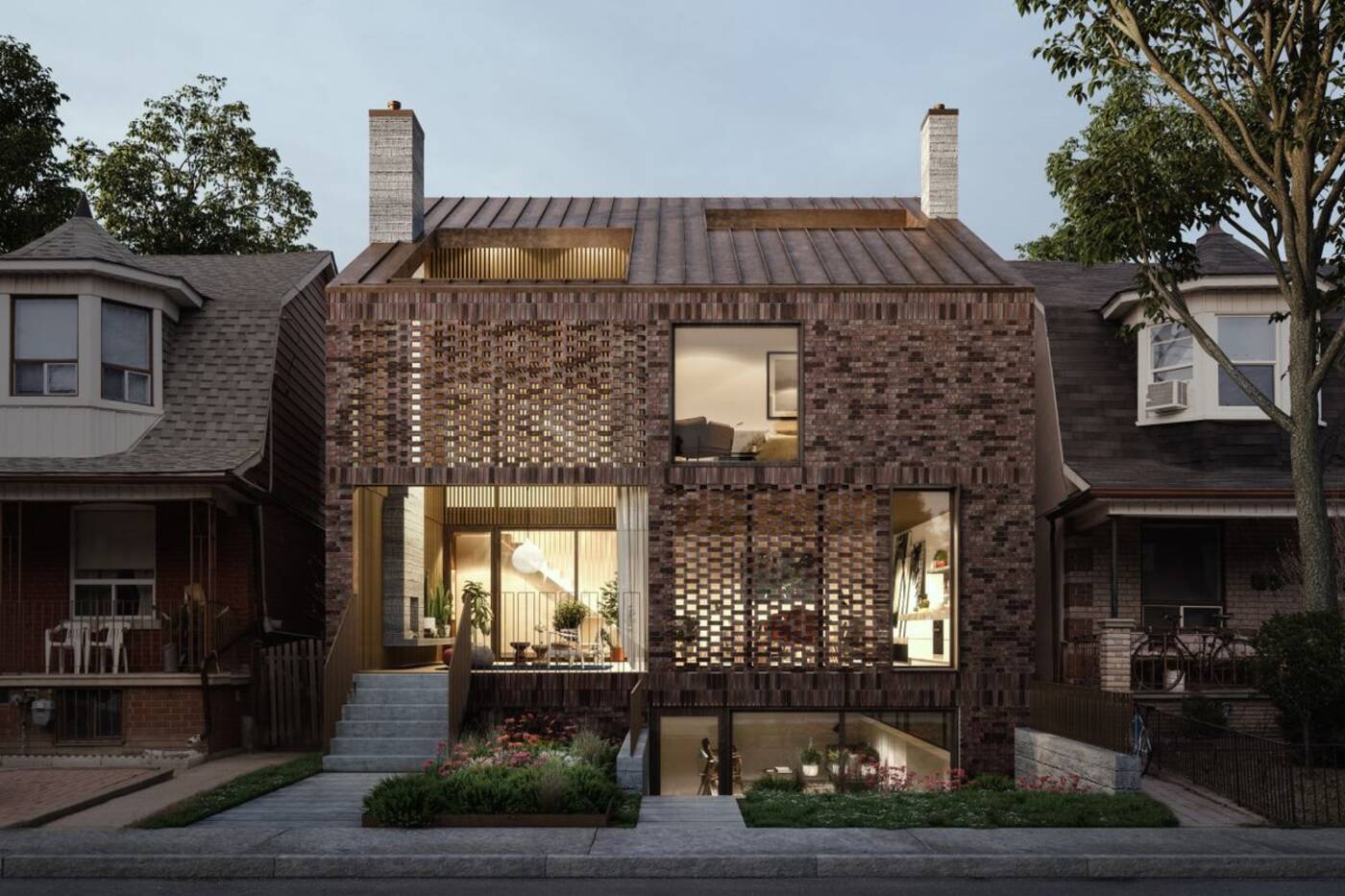 As many as five families could comfortably live in the space formerly occupied by two single-family townhouses in BCA's concept plan. Batay-Csorba Architects/The Globe and Mail

What they came up with is a large brick building with space for five families — a structure that would replace the two single-family townhouses on that lot.

Architects say they thought beyond the "long and narrow lots" Toronto is so familiar with when coming up with their concept, putting the units "back-to-back, instead of side-to-side."

Each of the proposed homes would be about 2,500 square feet with separate entrances (one in front of the site, one beside it and one in the back) and their own "screened-in courtyard" porches.

You can see all the renderings here and learn about why multifamily housing is worthy of further exploration — whether city planners and longtime neighbourhood residents like it or not.