Toronto home prices expected to rise after market bottoms out

The first half of 2018 was rough for anyone selling a home in Toronto, with prices dropping to historic lows as the market figured out how to deal with regulatory changes from both the federal and provincial governments.

Fortunately, it looks like we may have hit rock bottom — which means there's only one way to go.

Royal LePage announced the results of is quarterly House Price Survey today for the past three months of real estate trends across Canada, as well as a forward-looking Market Survey Forecast.

Overall, the average price of a home in Canada increased 2.0 per cent year-over-year to $613,968 in the second quarter of 2018, with condominiums posting "a significantly higher rate of appreciation when compared to the detached segment."

The appreciation rate would have been even higher, nationally, if not for the "softness" of Toronto's market dragging the average down. 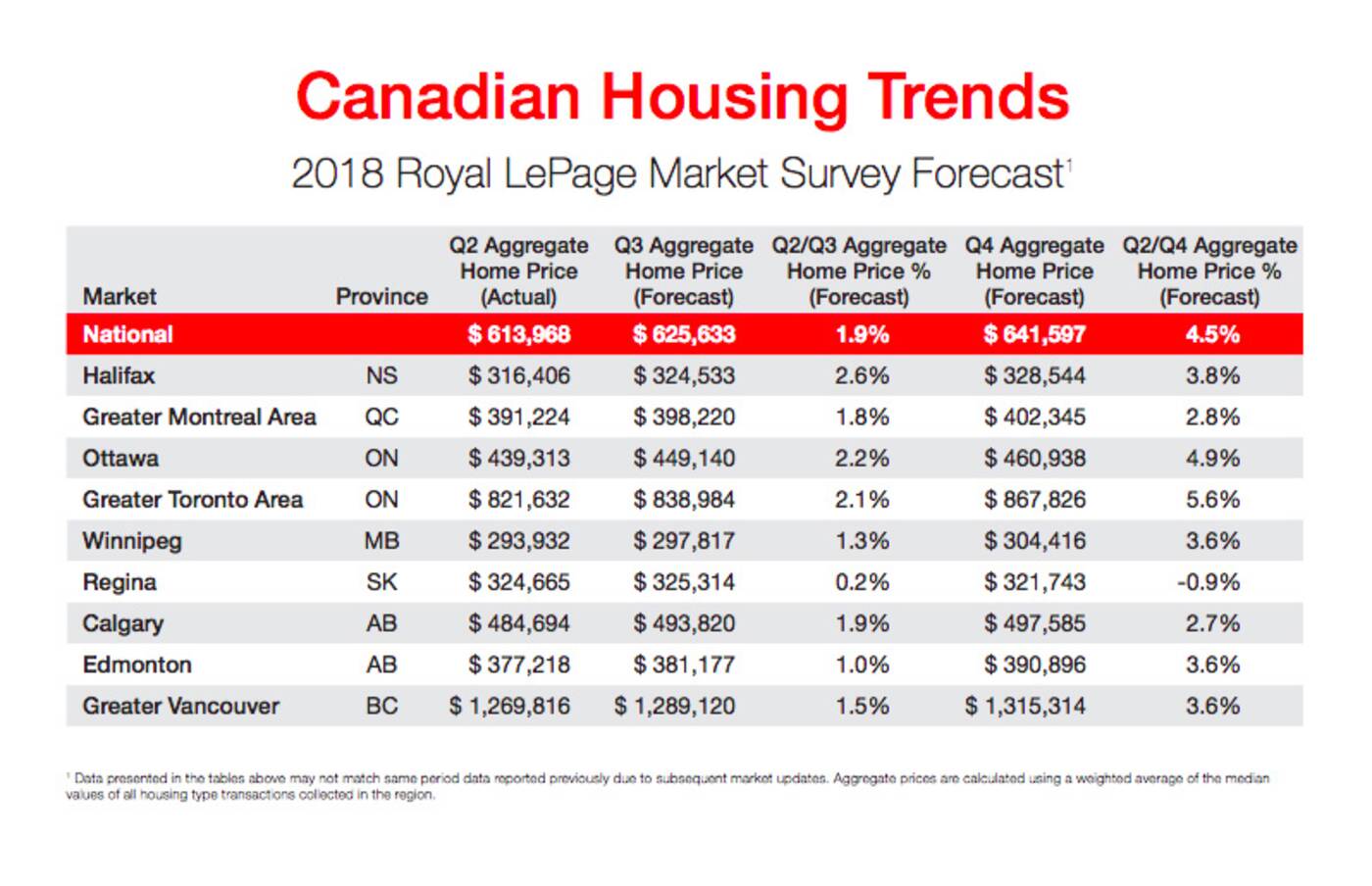 Royal LePage's most recent Canadian Housing Trends market survey forecasts predicts that house prices will rise 5.6 per cent in the GTA by Q4 over Q2. Image via Royal LePage.

"Buyers looking in the GTA have found temporary relief, which is a stark contrast to the runaway price gains that characterized this time of year in 2017," said Royal LePage president Phil Soper in a release on Tuesday.

"What we have seen in the first half of 2018 was the continuation of a broad-based residential housing correction that was triggered by declining affordability and government intervention."

Moving forward, analysts are predicting an "uptick in home price appreciation" over the next three months, with the price of a home expected to rise 1.9 per cent nationwide.

Home appreciation rates should remain highest in "less expensive" cities like Windsor, Belleville, Niagara and Kingston, however, where both young Torontonians and retirees are reportedly moving in spades to find "more affordable detached homes."